Most travelers take the overnight bus from Sucre to La Paz that costs Bs 60 and takes about 12 hours in a comfortable bus that has sleeping beds with blankets. But I decided to look for some last minute online deals and found out that Amaszonas has an early morning flight from Sucre to La Paz for Bs 300, so booked it and leave Sucre early this morning.

Hailed a taxi outside of Wasi Masi hostel in Sucre for a 30 minute ride to the airport (SRE) that costs Bs 25. The flight departed at 10:30am for a 40-minute flight to La Paz reaching at 11:10am. A taxi ride of 30 minutes from the airport and I was at the La Paz Cemetery.

Buses to Copacabana leave the cemetery every 30-60 minutes depending on when they get filled. I was in luck because the next bus was leaving at 12:30pm. Having acquired a seat instantly, I was on a 4-hour bus ride to Copacabana.

All vehicles heading to the island of Copacabana on Lake Titicaca, pass through the town of Tiquina, where the road splits by the lake. Everyone has to step out of the bus, pay Bs 2 for the ferry and cross the lake to the other side of the town. The buses or any other vehicles are ferried across on flat, transportation cargo boats. 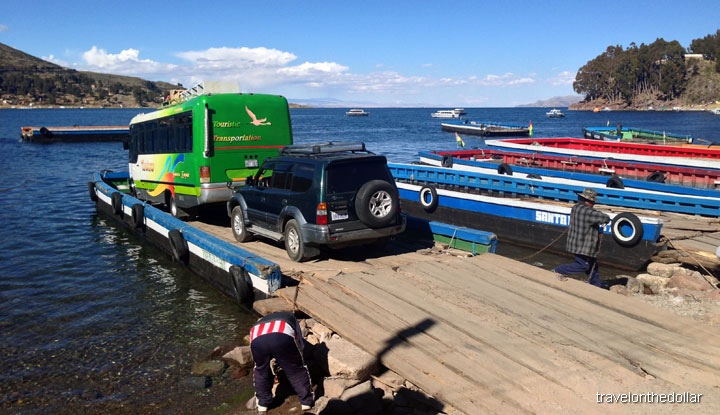 Buses and other vehicles are transported 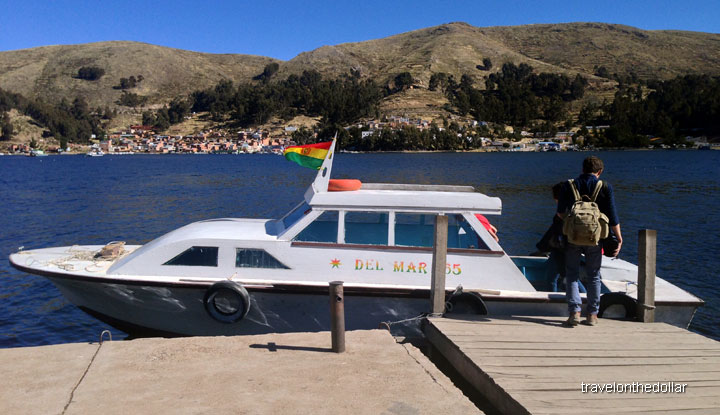 Upon reaching the other side of the Tiquina, the bus navigates through curvy roads and high hills with splendid views of Lake Titicaca, eventually reaching Copacabana’s main square, Plaza Sucre, in just over 4 hours.

I had pre-booked a single room for three nights in Hotel Utama in Copacabana, which was three blocks uphill from the main square.

After a quick check-in, I started my treacherous climb up Cerro Calvario for some amazing view of the sunset. The summit of Cerro Calvario can be reached in 30-45 minutes in the late afternoon and the climb is well worth for its splendid views of the sunset over Lake Titicaca. The trail to the summit begins near the church at the end of Calle Destacamento 211 and climbs past 14 Stations of the Cross. 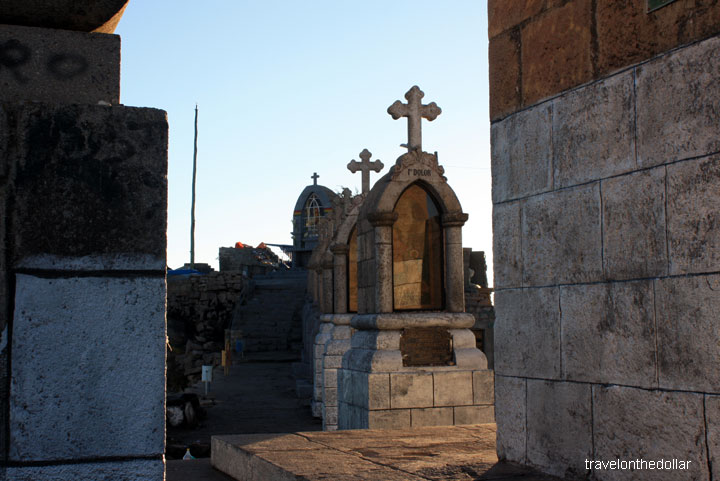 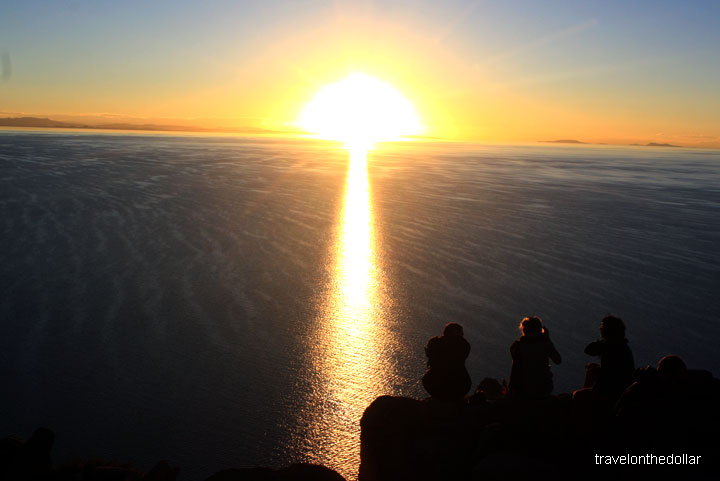 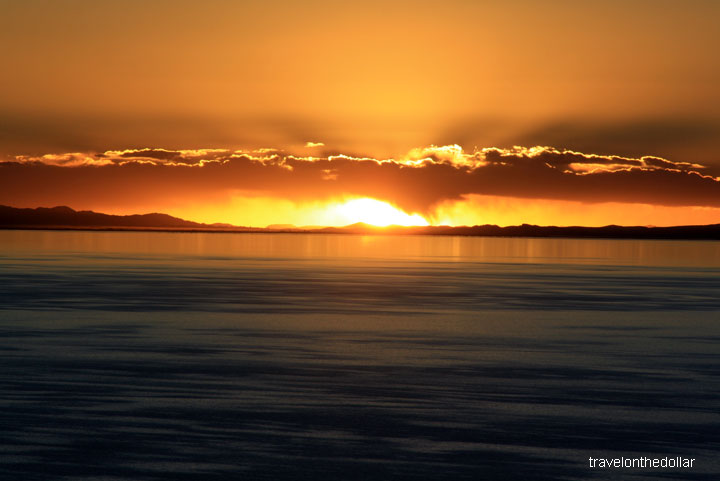 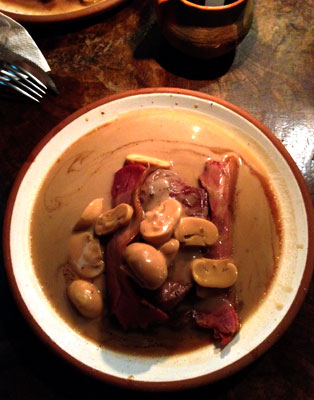 It was past 6pm by the time I reached back in the town and headed for Ave 6 de Agosto, the main drag for all restaurants. Walking along the street and reading all the menus displayed outside the restaurants, I observed that most of them were either empty or didn’t actually bothered to receive any guests! The only one restaurant that looked busy was Pueblo El Viejo and as they say, go where it’s busy, I walked in, grabbed a seat and ordered dinner. This restaurant is not the best in Copacabana, but with good wifi, great sports channel and friendly staff, it makes a good impression for first timers. The food though… quite bad! french fries were the worst I have ever had, but the rest of the basic food like steamed trout and spaghetti napolitana were not so bad.

A long and not-so-awful dinner later, I headed to the hotel for a quiet night, looking forward to explore Isla del Sol and Isla del Luna the next day.