After arriving at Yangon airport, the immigration process was a breeze and luckily I got my bag quick and I was out of the door in no time. Right before the exit was the MPT (government owned) cellphone operator’s office where they were offering SIM cards and data-only packages – I bought a SIM card for data only (no calls or text messages) that I can use around Myanmar and valid for 30 days. It costs MMK 1,500 for SIM card and MMK 10,000 for 7GB data.

It was past 12pm when I was out of the airport and I had two options to reach the downtown area where I was staying – walk for about 25 mins and take the bus ‘YBS 37’ that takes about 1 hour (non-peak hours time) to downtown; or take a taxi costing MMK 8,000 taking about 45 minutes. Since I had a long flight to Yangon, I opted for latter one and took a taxi.

It took about 45 minutes to downtown at the hotel. Having checked-in to the hotel, it was time to walk around the downtown area. The following walking tour and its sights take about 2 hours (with additional time to visit each site) and is just over 5km.

From Cozy Guest House, it was a 30 minute walk to the starting point of Secretariat Office.

A. Secretariat Office
Located on 300 Theinbyu Road, Secretariat’s Office (aka Ministers’ Office) was the site where General Aung San was assassinated in 1947. Once it was the office of Ministers, and during the English colonial era it was known as the Secretariat. The building is no longer in use but it teaches about the political history of Myanmar. 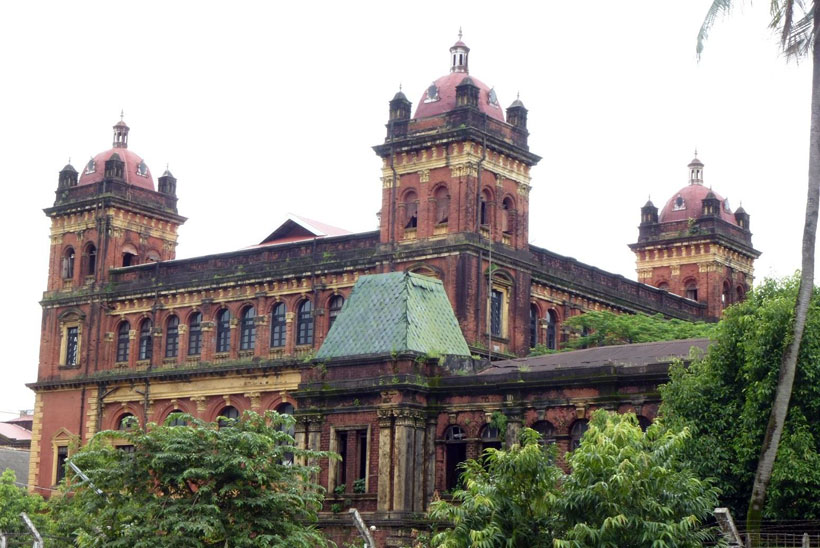 B. Yangon Regional Court
A short walk towards the Sule Pagoda is the highest court in Myanmar which was once the residence of the highest appeals court. The building of the High Court was designed by James Ransome, a famous architect, in British colonial style. The building itself was finished in 1911 and is noted for its British Queen Anne Style architecture, built in red and white brick. It is listed on the Yangon City Heritage List. The construction features a clock tower. 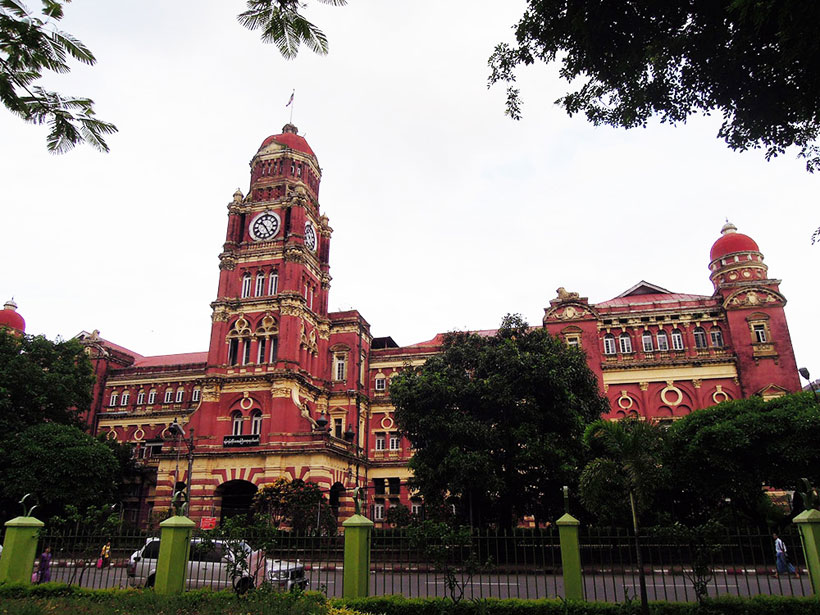 C. Maha Bandula Park
A recreation area in downtown Yangon, this park is surrounded by the most majestic buildings of the city – the Sule Pagoda, City Hall and the High Court. The park was named after General Maha Bandula who fought against the British. The park features the Independence Monument installed to commemorate Burmese independence from the British in 1948. 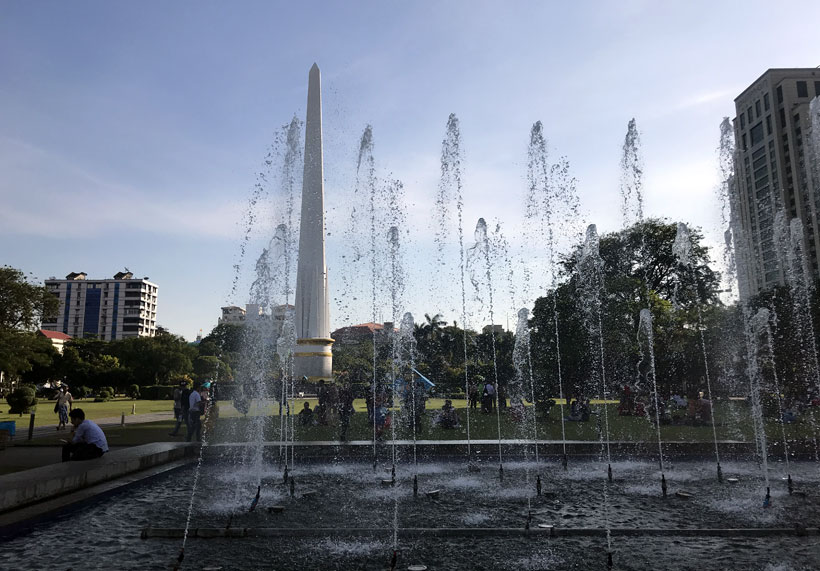 D. Sule Pagoda
Located in the heart of downtown Yangon, Sule Pagoda occupies the center of the city and an important space in contemporary Burmese politics, ideology and geography. According to legend, it was built before the Shwe Dagon pagoda during the time of the Buddha, making it more than 2,500 years old. Burmese legend states that the site for the Shwe Dagon pagoda was asked to be revealed from an old nat who resided at the place where the Sule Pagoda now stands. 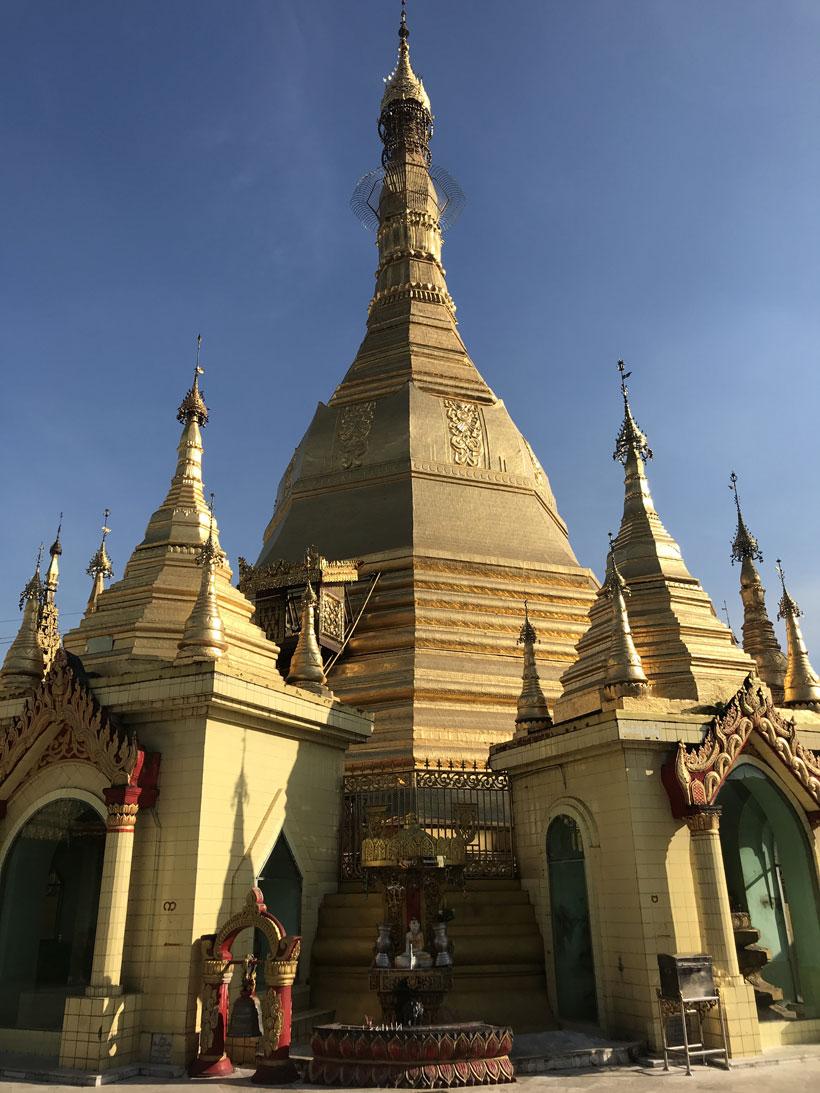 E. Yangon City Hall
Yangon City Hall is located near the Maha Bandula park. It was designed in syncretic Burmese style by Burmese architect U Tin and features traditional tiered roofs. The architecture of the building features some interesting details such as the green peacock ornamentation above the central doorway and Burmese artistic elements on the pillars and roof. The construction of the building was completed in 1936. Several times it was the center of active political demonstrations. 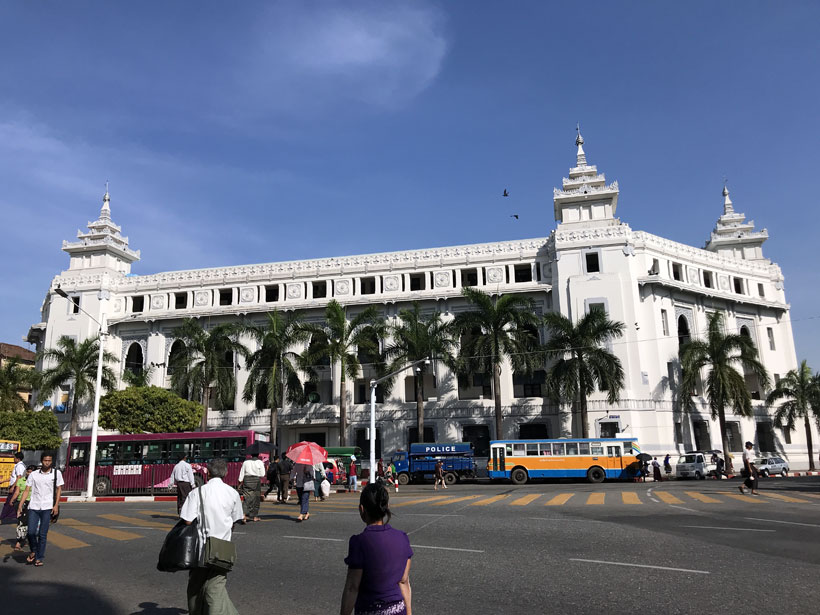 F. Bogyoke Aung San Market
One of the largest bazaars in Yangon, Bogyoke Market was initially called Scott’s Market. It features colonial architecture and is the most popular attraction for tourists. It offers a great variety of jewelery shops, antiques, handicrafts and clothing boutiques. It is also a place where locals come often, as they sell medicine, garments and all kinds of food. 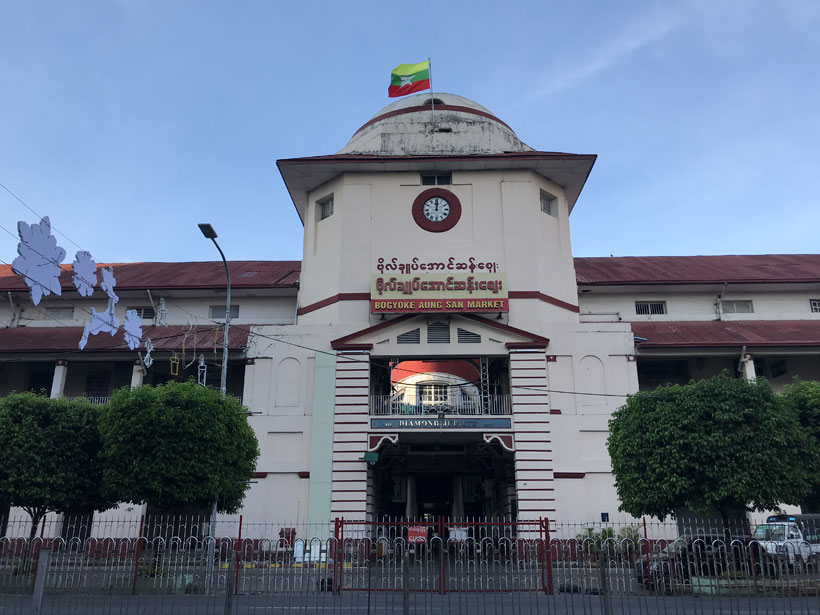 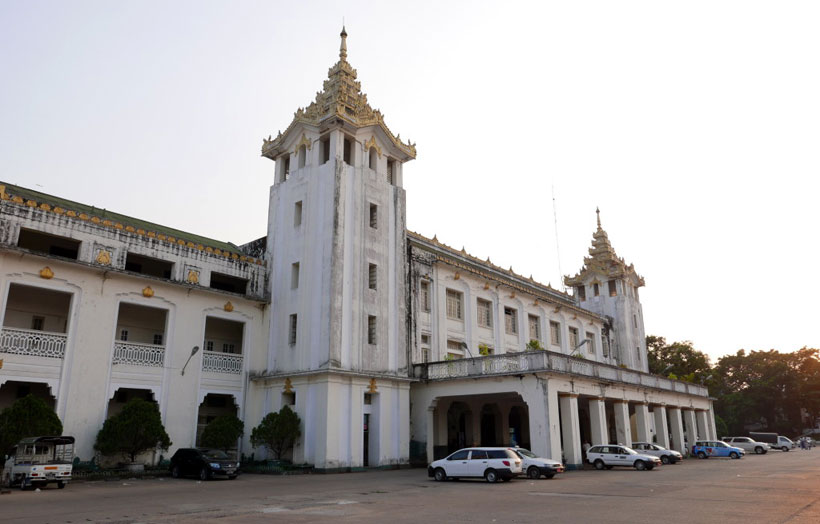 H. Saint Mary’s Cathedral
Designed by Dutch architect Jos Cuypers, Saint Mary’s Cathedral has red brick exterior consisting of spires and a bell tower. The cathedral is the largest in Burma. Construction began in 1895 and was completed 19 November 1899 under a land grant from the Government of India, whilst Lower Burma was a province of British India. During the 1930 Yangon earthquake, St. Mary’s Cathedral suffered little damage and it withstood the Japanese invasion during World War II. However, the cathedral’s stained glass windows were damaged during the Allied invasion of Yangon. The cathedral is listed on the Yangon City Heritage List. 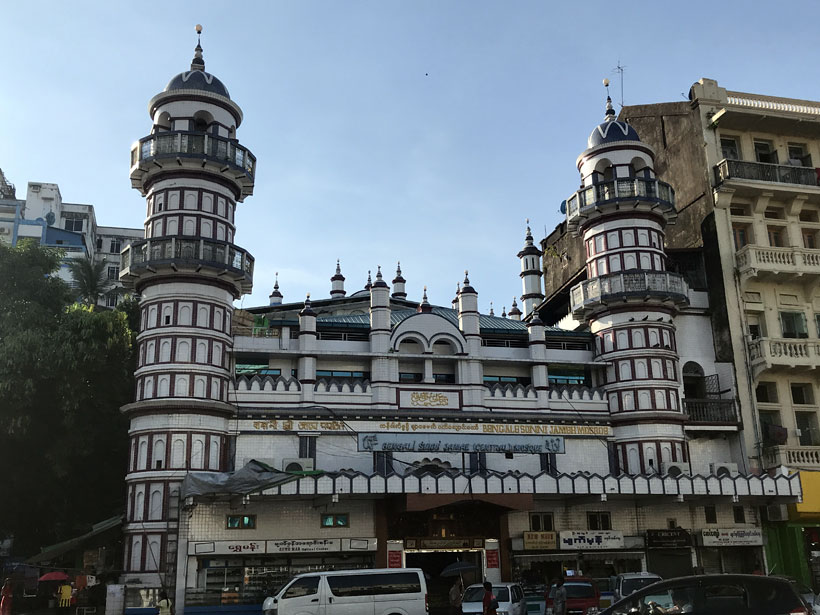 After a satisfying walk along the streets of downtown, I stopped by to grab some dinner at a local restaurant, before heading back to the hotel and calling it a day!

Arriving in Yangon & sights of Downtown.