With only one shower available in the entire guesthouse – Agua Quisa villages, which didn’t have any hot water, and considering the negative temperatures outside in the morning, every one of us decided not to touch water, forget a shower! After a breakfast comprising of bread, butter, jam, tea/coffee, eggs and bacon, we were all set for a bumpy ride around the south of salar, in the mountains and deserts of Bolivia.

Having left the Salar behind us, we were driving through the flat lands and Chiguana desert for a long time. You will see a lot of Lamas and Becunas along the way. First stop was this small town to collect some supplies and have a pit stop.

Next up was the railway line that starts from Uyuni and goes all the way to Calama in Chile. This railway is used for carrying goods and raw materials. 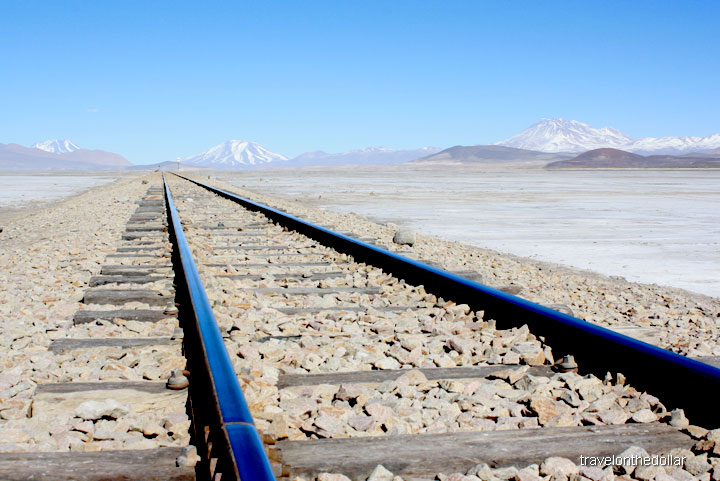 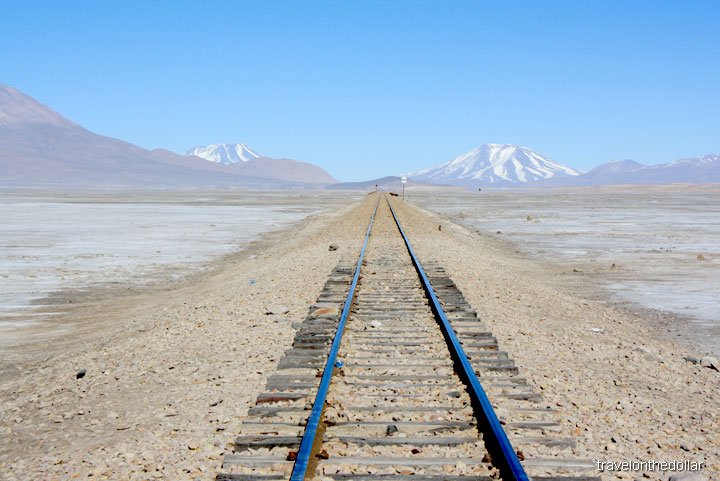 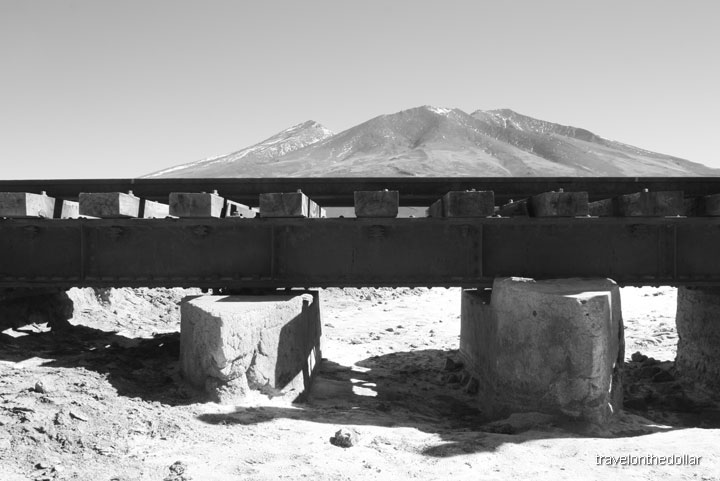 After a while, watching the same landscapes around you makes you take a nap with the heater turned on in the car. And that’s what I did! Woke up to another monument called the ‘Rock Tree‘, formed by cooled-lava-formations. We called it ‘Africa Rock‘ because from the angle we saw it first, it looked like the shape of the African continent! 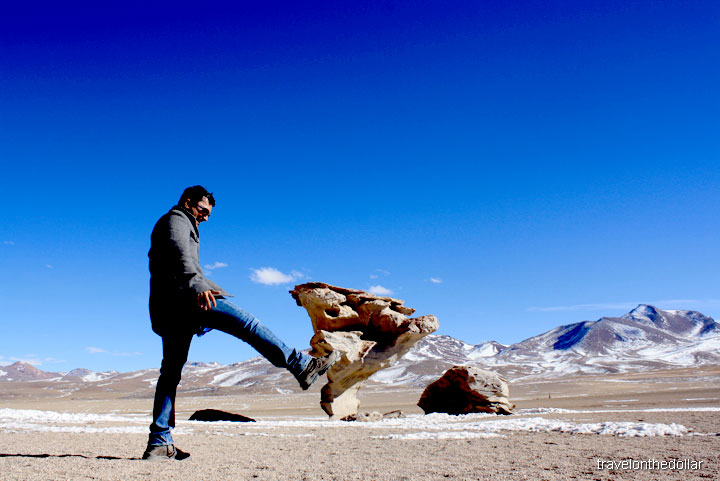 Some douchebag tourist tried to actually climb this ‘monument’ irrespective of signs posted everywhere prohibiting to do so, but was yelled at by all the tour guides! Respect nature, respect people, respect emotions.

This is when the drive gets really really bumpy. You go higher in altitude with narrow turns and rocky roads, until after a while Oscar announced that we will be arriving at Andean lagoon called Laguna Canapa, with flamingos in it. Looking far ahead, all we can see was mountains and desert; so with curiosity in our minds, we got a reply from him “wait and see”. And in the next 10 minutes around the mountain bend was a large lake with pink Flamingos preening and having lunch on the algae and fishes.

Another few minutes of drive of through the Siloli desert and we reached another lake with more Flamingos and a hotel at the lake shore. The hotel, Los Flamencos, is a salt-hotel with prices ranging from Bs 240 for a dormitory bed to Bs 1,350 for a suite, per night. 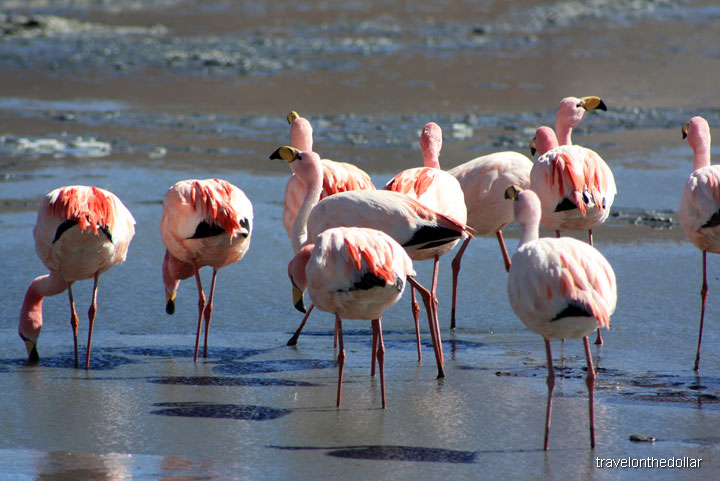 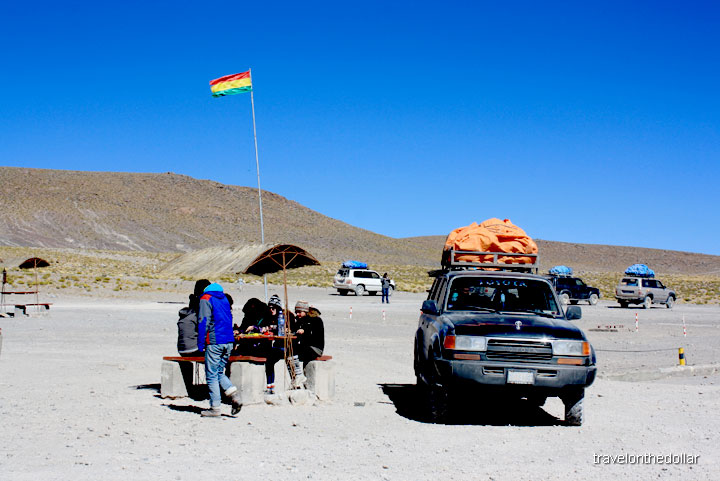 Within no time we were at the entrance of Eduardo Avaroa Andean Fauna National Reserve, where you pay Bs 150 as entrance fees. Depending on the snow levels there, the rangers will let you know if it’s safe to enter the reserve and drive to Laguna Colorada. Luckily for us, the snow had melted enough for us to visit this spectacular Red Lagoon. The borax islands’ white color contrasts with the reddish color of its waters, which is caused by red sediments and pigmentation of some algae.

After the most-visited laguna of Bolivia, we were on our way to the second guest house, which had the same facilities as the first one except the sleeping arrangement was different than the previous one. But before dinner, we decided to dip in the nearby hot-spring pool of 35C, feeling rested and warm! Dinner was served between 8-9pm and the lights were turned off at 10pm.