There are two trains in the morning from Tunis to Sousse – 6:00am and 8:30am. It takes just over 2 hours with a few stops and costs TND 10.300 (approx $6.44). I decided to take the 6:00am train, which I had bought the ticket on previous day, which would have given me enough time to see all the three cities – Sousse, Monastir and El Jem.

The train reached Sousse almost right on time at 8:30am and it was a 10-minute walk from the station to the amazing Residence Boujaffar hotel – the views from the room overlooked the Ave Hedi Chaker and the Mediterranean Sea.

Having checked-in, I headed out to walk along the shore-line to Gare Metro Bab Jdid, which is the first station of the metro services between Sousse and Monastir.

It costs TND 2.000 (return ticket) and takes 40 minutes to reach Monastir station, from where the two main sights are 8-10 minutes walk along the walls of the Medina. Monastir is the birthplace of Tunisia’s first president Habib Bourguiba.

First up was the Ribat (Fortress) – the most famous attraction in Monastir which is both an historical monument and somewhat of a movie-star having been in a number of movies the most famous being the Life of Brian and Jesus of Nazareth. 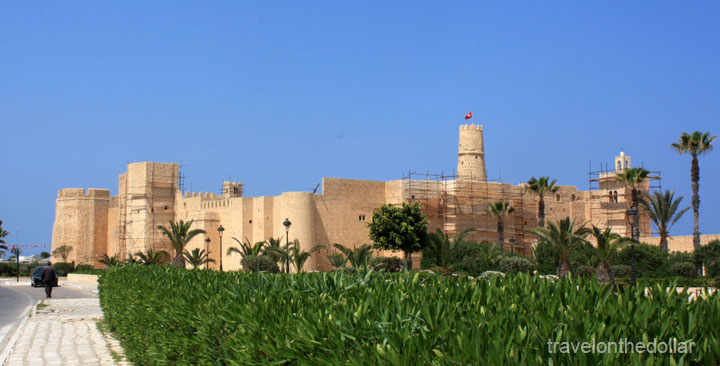 Unfortunately, because of construction, the Ribat was closed for visitors so I just had to walk around and see it from outside.

Right across from the Ribat is the Mausoleum of Habib Bourguiba, where the first President of Tunisia is buried. Walking up to this magnificent piece of work brings you to a courtyard that is highly distinguished by its huge ribbed golden dome and the twin thin Minarets with magnificent Italian Limestone. Within the tomb, stand the cenotaphs of all the family members of Bourguiba.

Although you can climb the flight of stair steps leading to the top of the mausoleum to have a close view of the dome and overall view of the surrounding area of the tomb, this was also closed that day because of construction. 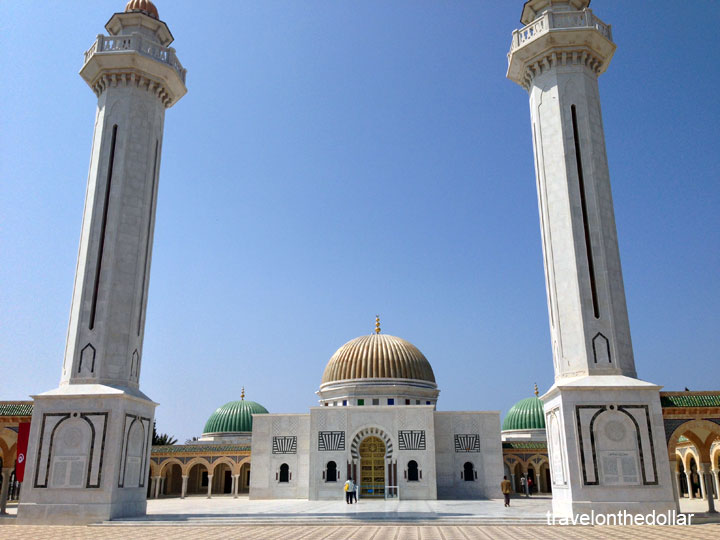 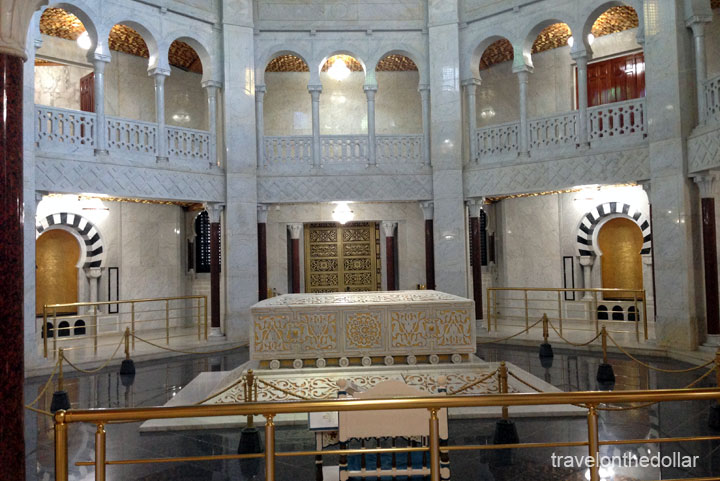 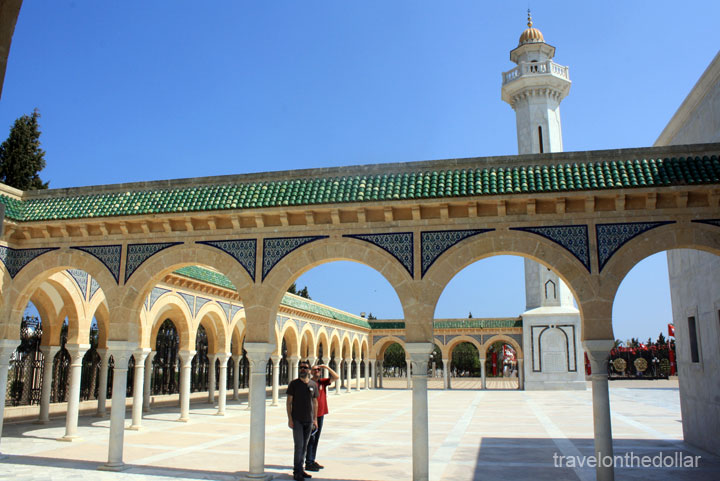 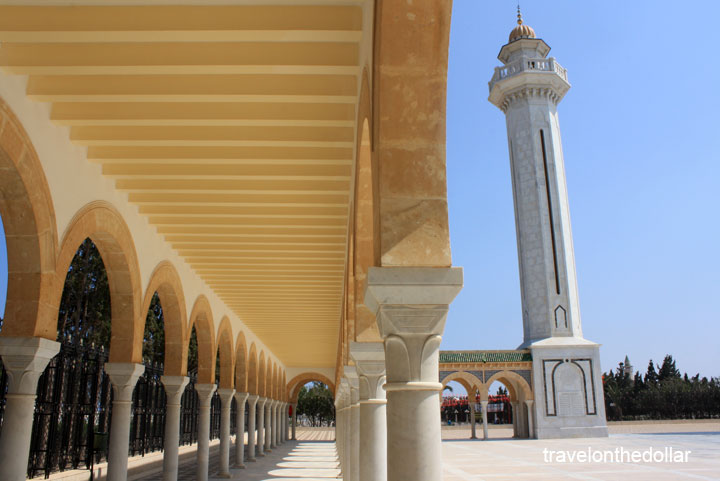 I walked back to the station for the next train back to Sousse. And upon reaching Sousse, it was a 10 minute walk to the Gare de Sousse (Sousse main station), to check the train timings to El Jem. Most trains that go to El Jem from Sousse are actually heading to either Gafsa-Tozeur or to Gabes. This means that there are no trains to get back to Sousse, even if you do make it on one of the two trains that leave Sousse in the day.

So I decided to take a louage, and luckily for me, I got one that was about to leave. It takes one hour from Sousse to El Jem that drops you right in the middle of the town.

It is a 7-minute walk to the biggest Amphitheater built by the Romans under proconsul Gordian, who was acclaimed Emperor at Thysdrus. It was mainly used for gladiator shows and chariot races (like in Ben-Hur). Many tourists come here to see what it was like to be inside what was once a place where lions and people met their fate. Much of it is crumbled but the essence of it still remains. 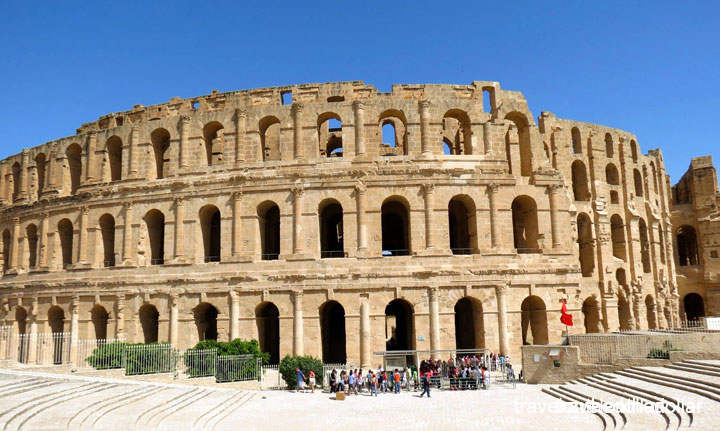 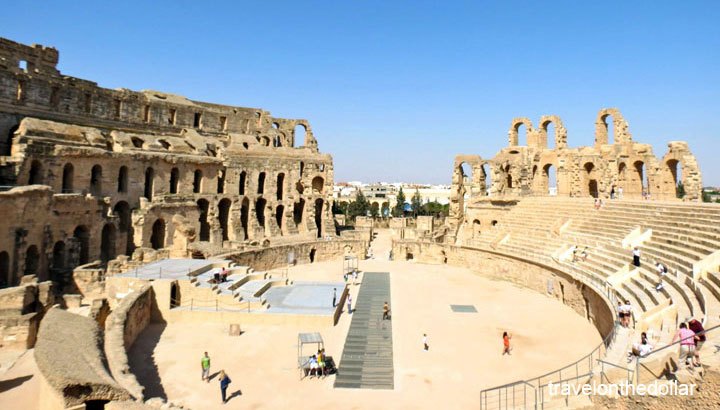 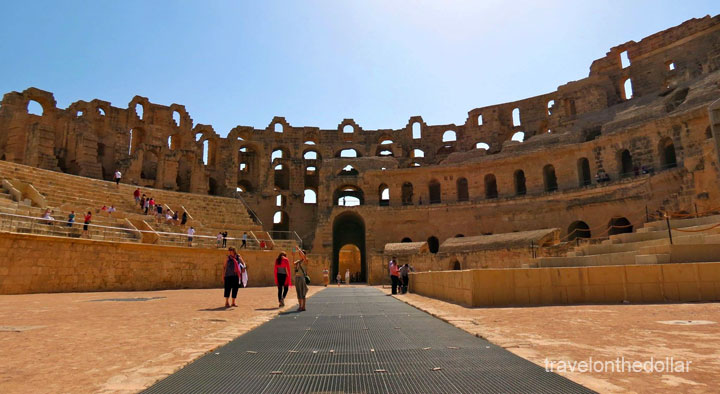 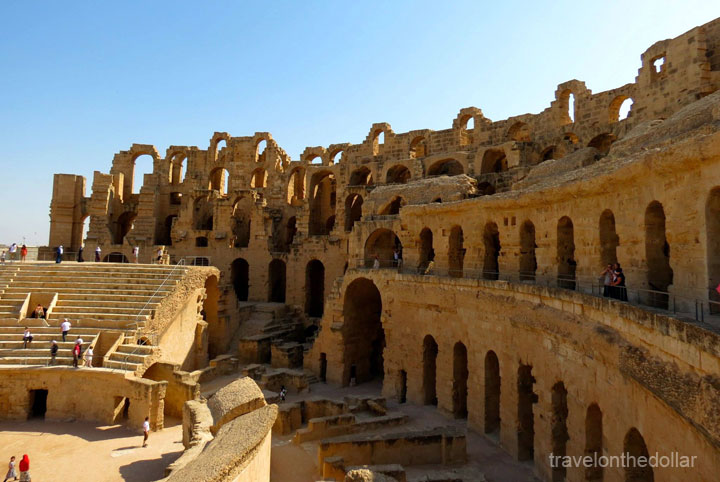 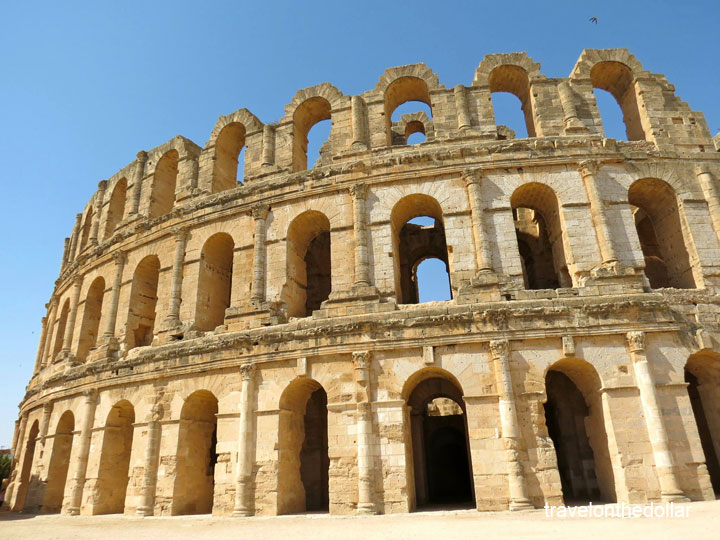 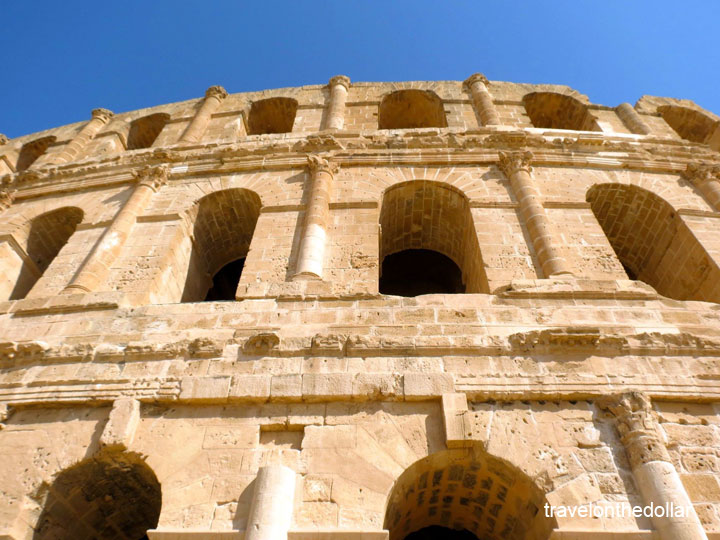 Returned by the end of day to Sousse and bought some sandwiches on the way to the hotel, for a relaxing evening and night.