There are a very few options to travel from Tozeur to Douz:

I was warned by my hotel staff that not many people travel to Kebili so reaching the louage stop early would be wise. And that’s what I did. After stuffing myself with good breakfast at the hotel, I walked up to the louage station at 8am. There was one louage going to Kebili. The worst part was the wait of 3 hours until it got filled! 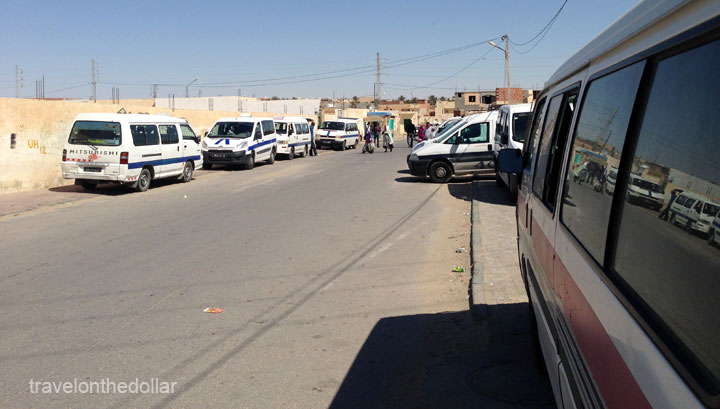 So finally at about 11am, we started off from Tozeur to Kebili via the Chott El-Jerid – a large endorheic salt lake in southern Tunisia. Roughly in the shape of a tadpole, with a width of 20 km (12 mi) at its narrowest point, it reaches 250 km (160 mi) in overall length. At times, parts of it appear in various shades of white, green and purple.[6] The narrow eastward inlet of the chott is also known as Chott el Fejej. It is the largest salt pan of the Sahara with a surface area of over 7,000 sq.km. 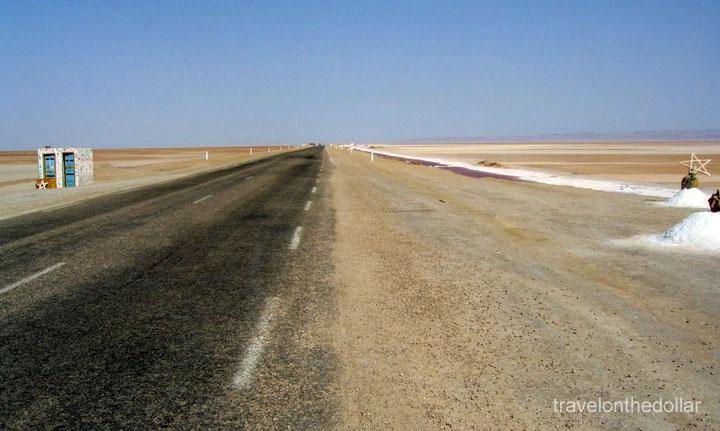 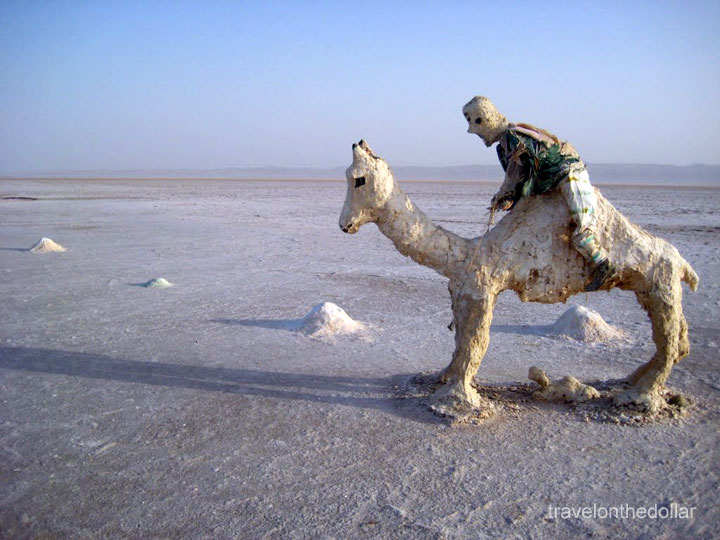 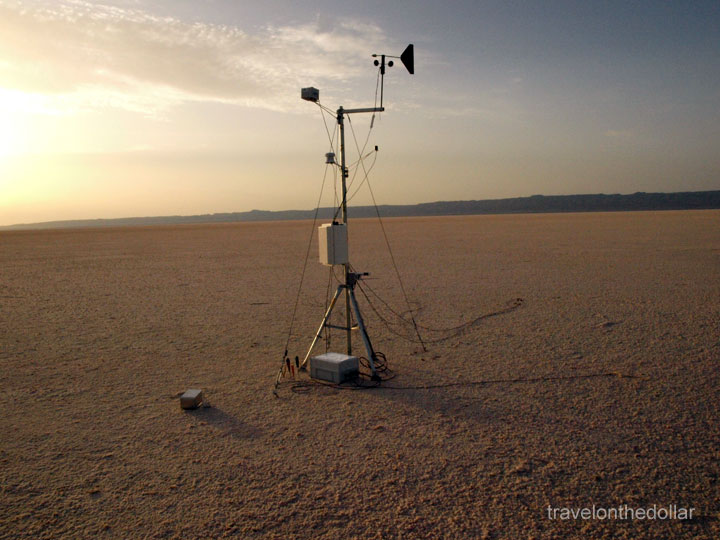 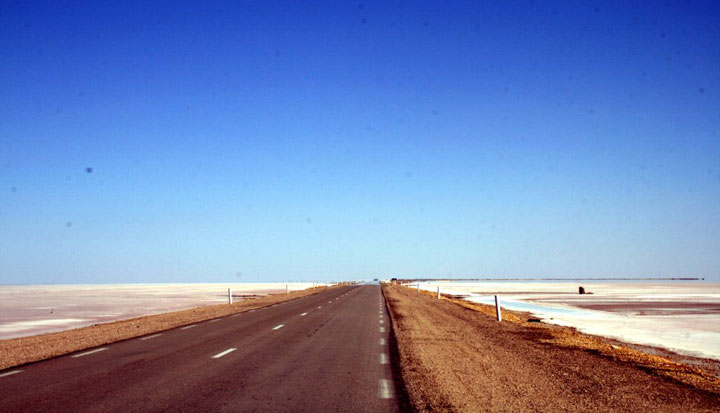 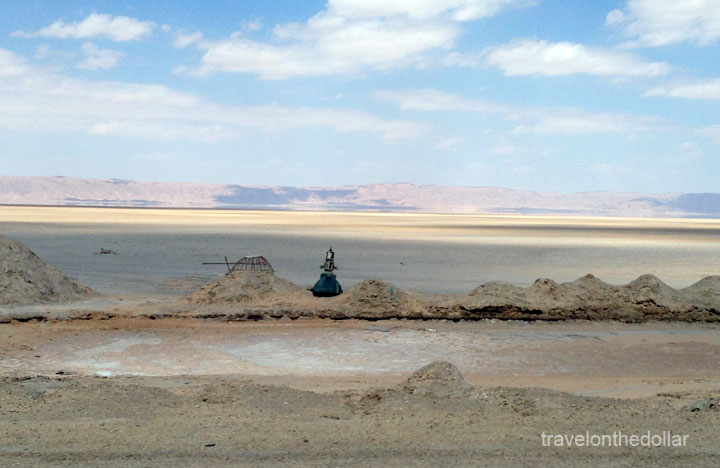 It takes about an hour and 30 minutes to reach Kebili and the louage stop from Kebili to Douz is NOT the same as the one that drops you off at Kebili. Walk about three quarters of a kilometer to the post office, and the louage station for Douz is right next to it.

I thought of getting the postal stamp of Kebili while I was waiting for the louage to get filled. Luckily for me, it didn’t take long before we were off to the 30 minute drive to Douz.

The louage station is at the same place as the bus station, and considering how tiny the town is, everything should be about 10-15 minute walk from the bus station. I had booked two nights in Hotel 20 Mars, right next to the souq.

Having reached Douz in late evening, I decided to wander around the miniature Souq for some coffee and souvenirs; and stopped by the post office for a stamp in my book.

Booked my tours to the Sahara Desert and Matmata with the reception of the hotel for the next day. Strolled to nearby restaurant later in the night for dinner.