The second day in this huge city will cover some of the other sights that I didn’t visit yesterday – Topkapı Palace, Spice Bazaar, Galata Tower, Bosphorous ferry from Europe to Asia and New Mosque.

From my apartment in Taksim, I walked to Taksim Square, took the funicular to Kabataş (pronounced kaa-baa-tash) metro station and hopped on the train to Sultanahmet station. The palace entrance gate is about 7 minutes walk from Sultanahment station.

A lot of tour guides will pound you with different prices and timings, and it is advisable to hire one for Topkapı (pronounced top-kaa-puh) Palace. I joined a group of seven people with a guide and it takes about 2 hours to see the entire palace; costs TL 20 for guide (you MUST bargain! Especially if you’re in a group) and TL 25 for the entrance fees. Remember that the Harem costs an extra TL 15.

This primary residence of the Ottoman Sultans for approximately 400 years (1465-1856) of their 624-year reign is not so stunning as compared to other palaces around the world, but the one highlight is the 86-carat Spoonmaker’s Diamond – pear-shape, this is considered the pride of the Imperial Treasury exhibitions at the Topkapı Palace Museum and its most valuable single exhibit. Considered the fourth largest diamond of its kind in the world, it is kept under conditions of high security. 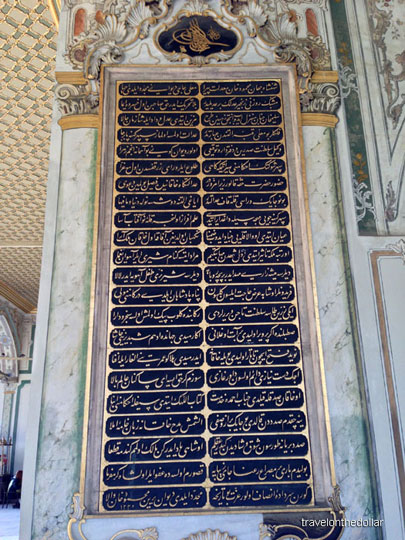 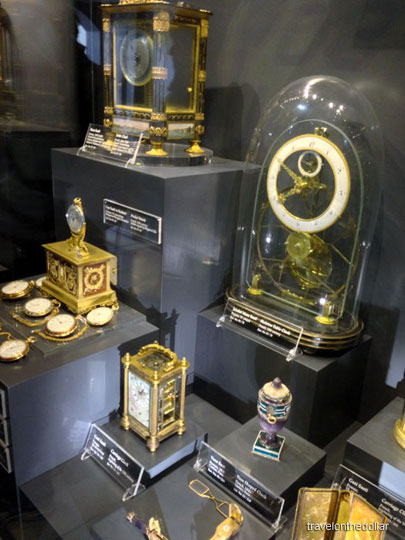 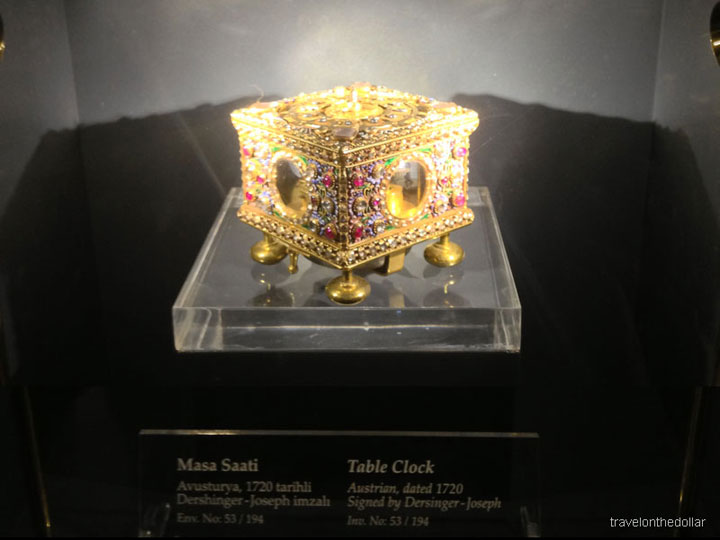 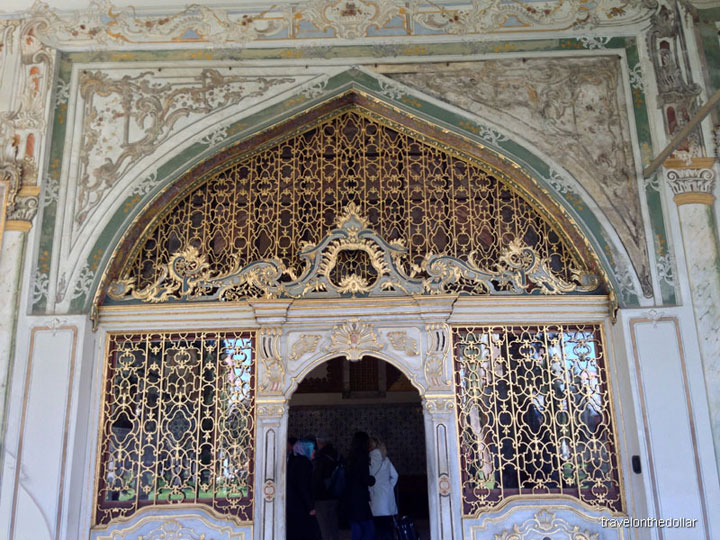 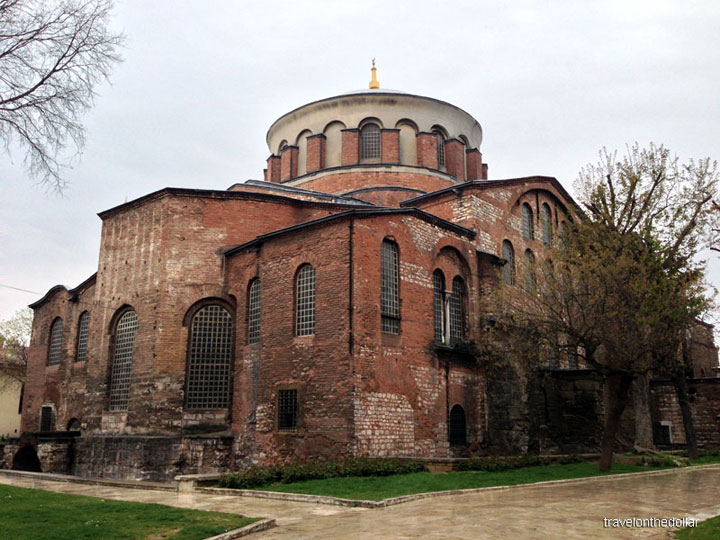 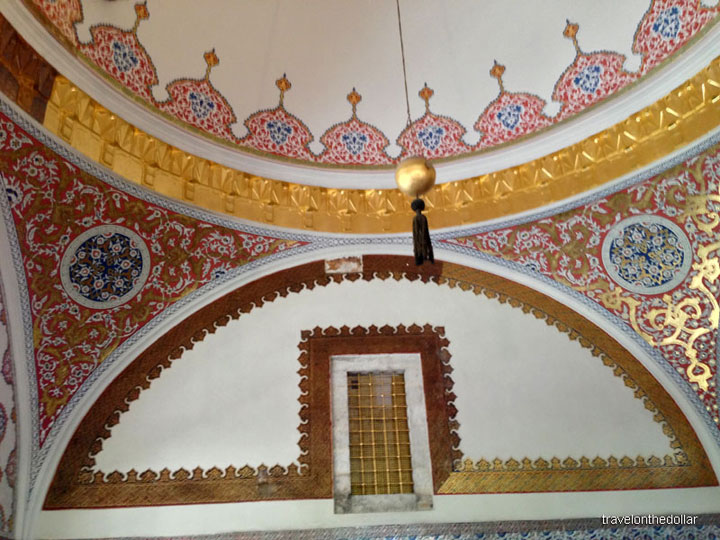 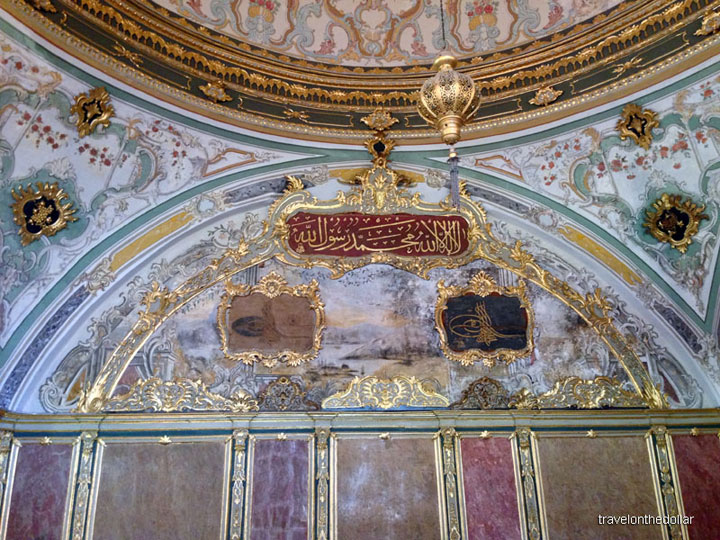 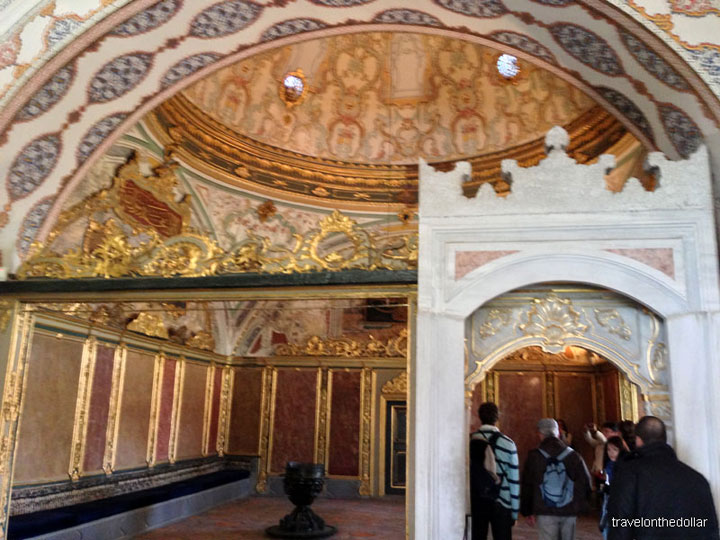 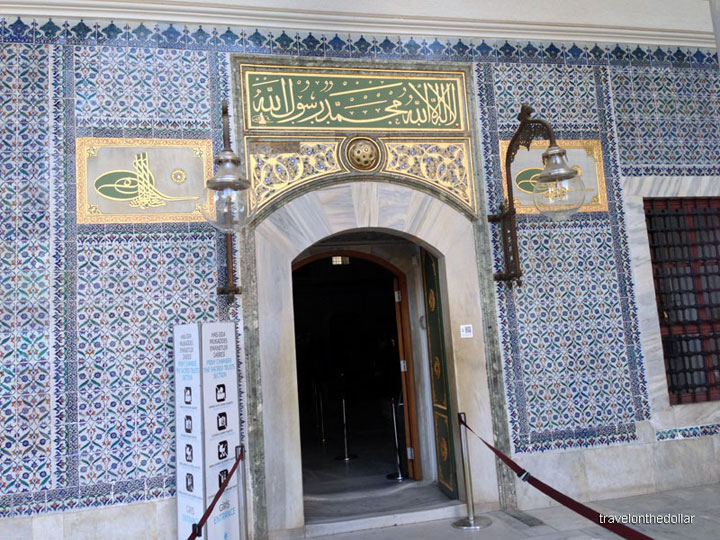 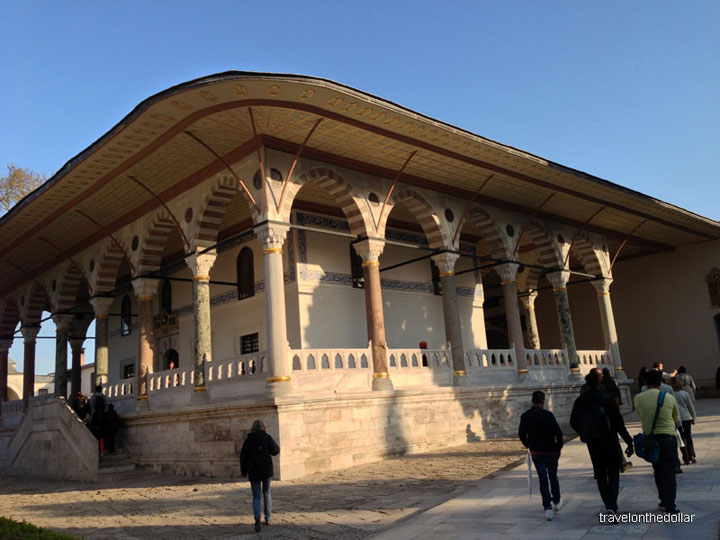 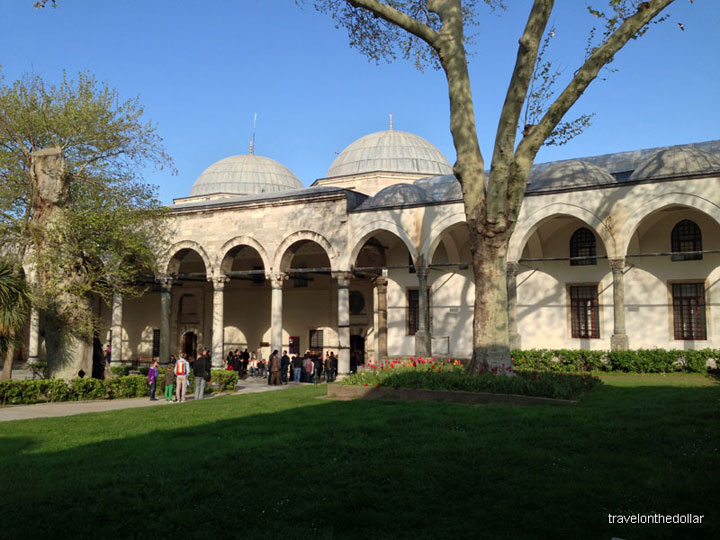 Originally called as the Egyptian market because goods from Cairo were sold here, this is the place to find the best spices, Turkish delights and dry-fruits. 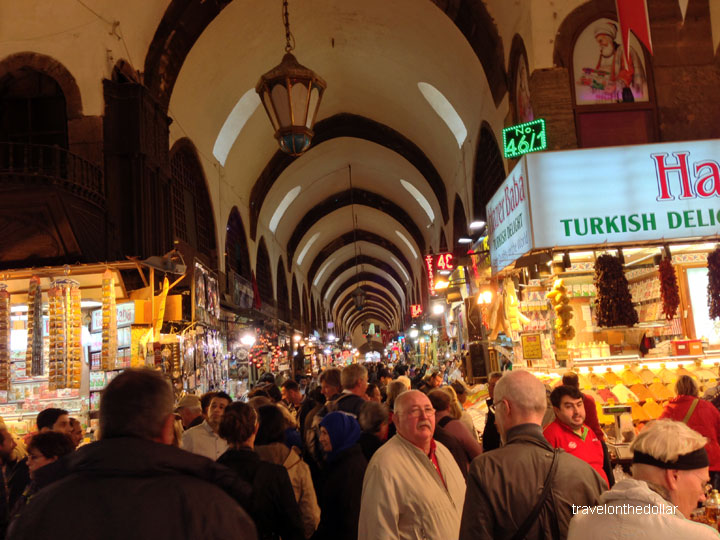 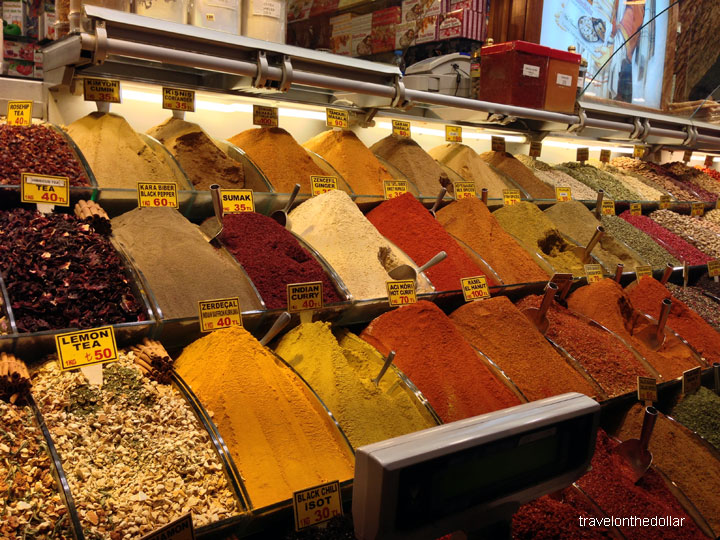 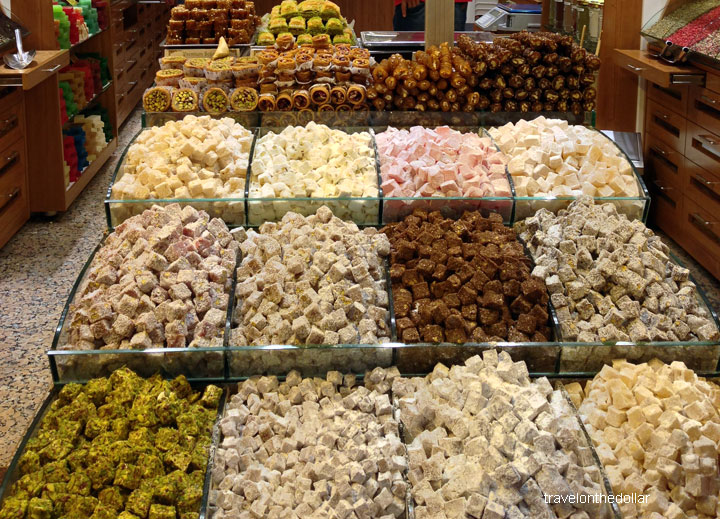 Right on the southern end of the Galata bridge stands this fascinating mosque completed in 1665. Unlike Sultan Ahmed Mosque (Blue Mosque) or Aya Sophia, this is not well-known sight and hence no lines. but this is more magnificent than either of them. 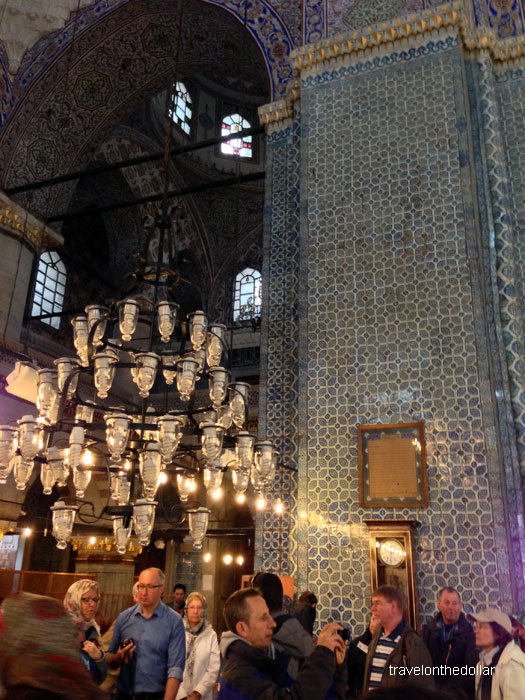 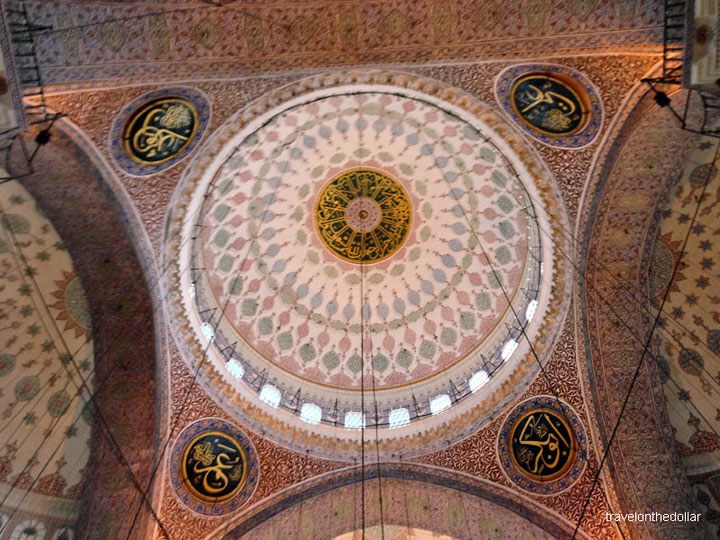 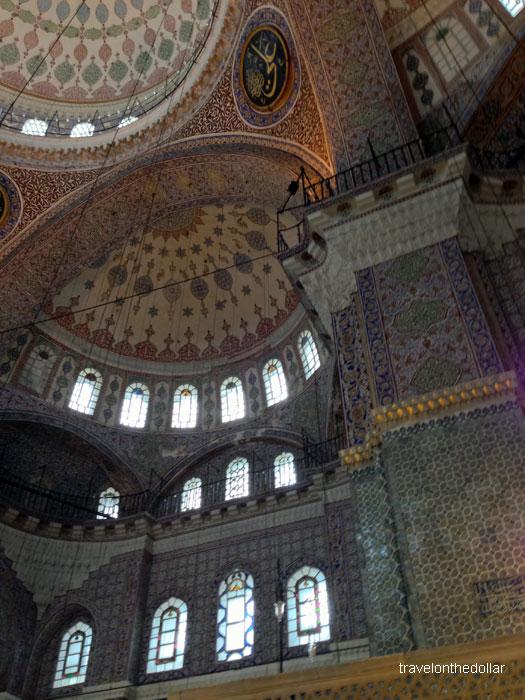 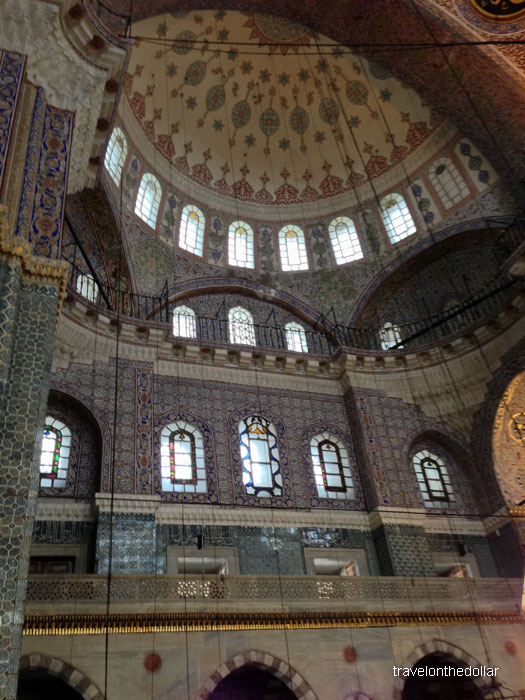 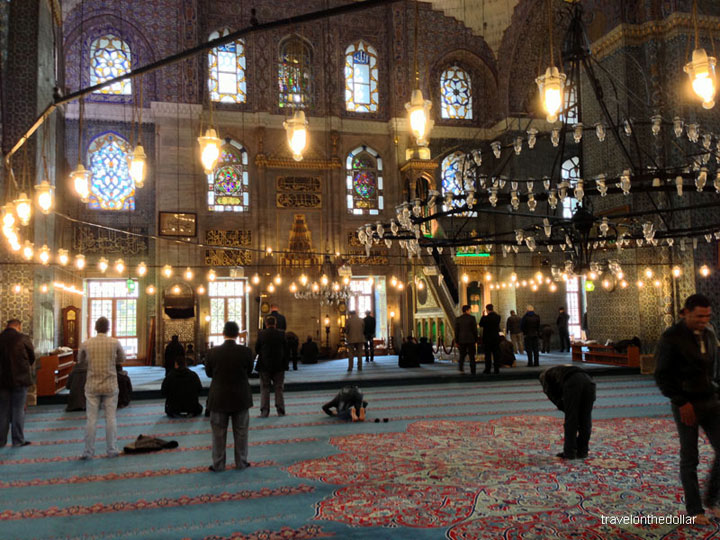 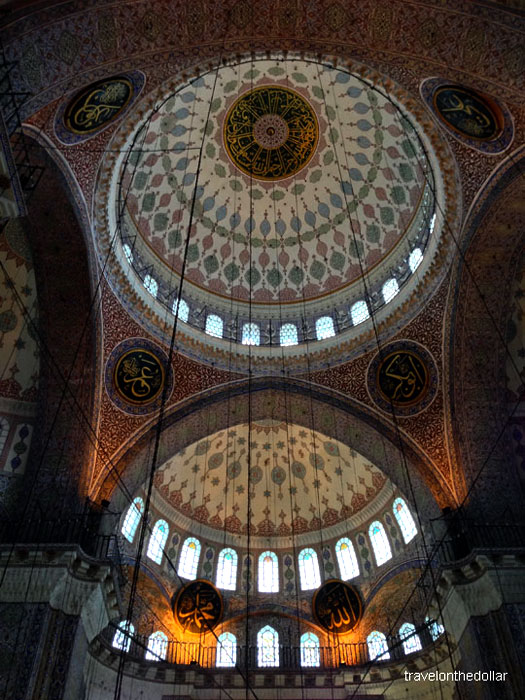 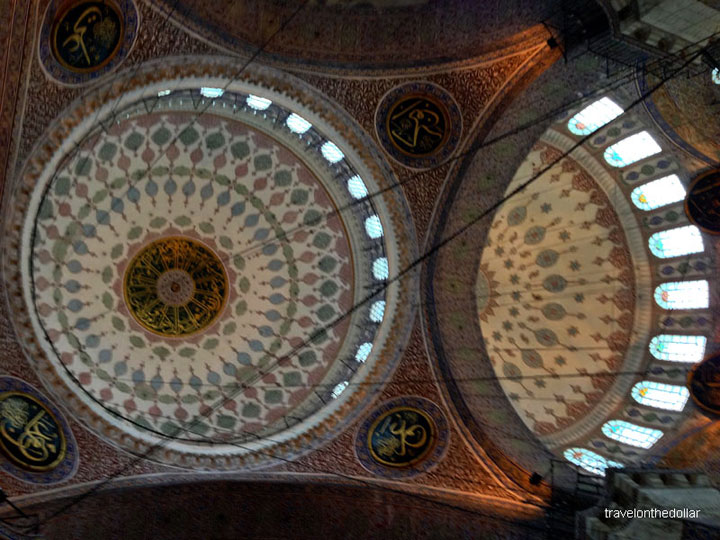 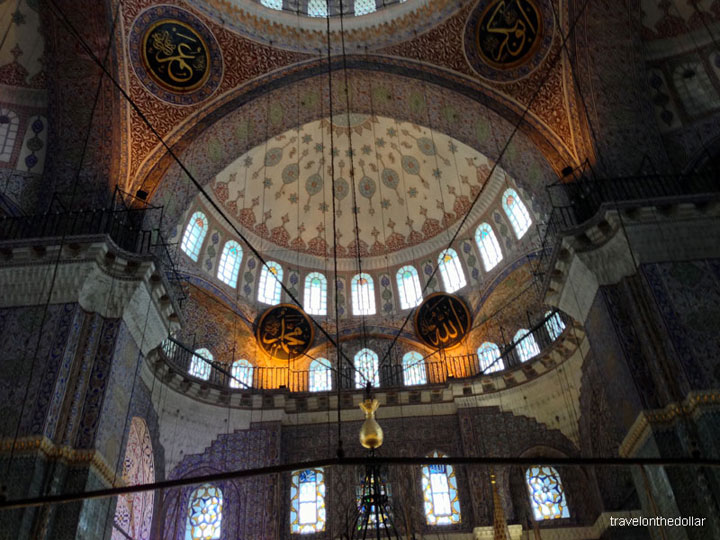 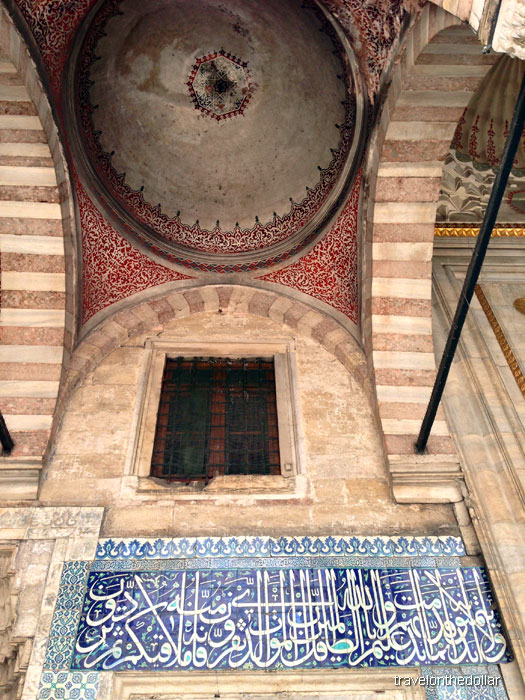 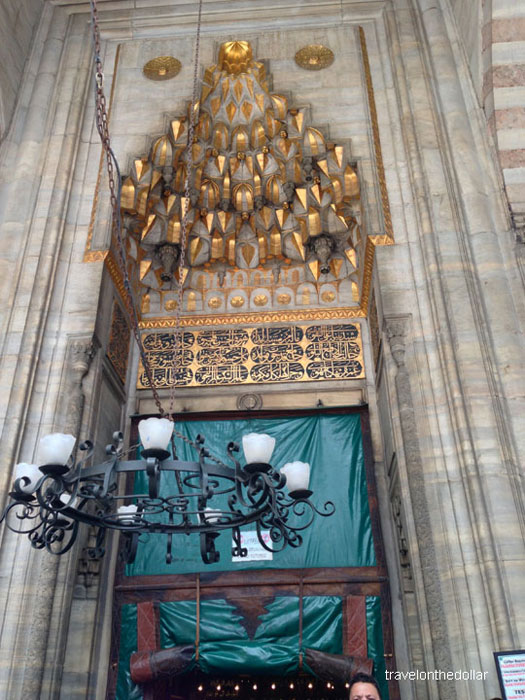 From New Mosque, I crossed the Galata bridge over to the Beyoğlu area and walked uphill towards Taksim Square, over to the Galata Tower. This is a high, cone-capped cylinder that dominates the skyline and offers a panoramic vista of Old Istanbul or Sultanahmet neighborhood. The tower can be seen from almost any point in Istanbul’s Golden Horn.

The top floor of the tower has a restaurant and a café and commands a magnificent view of Istanbul and the Bosphorus. There are two operating elevators that carry visitors from the lower level to the upper levels. It costs TL 10.

Bosphorus ferry from Europe to Asia

After visiting Galata Tower, it was time to see the sun set on the European side, but from the Asian side of this great city. I walked back to the Kayaköy tram station, and down the road towards the sea is the ferry terminal that says “Kadiköy – Haydarpaşa İskelesi”. Ferries run between the Asian side and European side every 30 minutes, takes 20 minutes to cross to the other side and costs TL 5 one way.

On your way to the Asian side you will see the Bosphorus bridge and the Port of Istanbul. The ferry generally makes two stops – first one is at Haydarpaşa station and then at Kadiköy terminal.

There’s a cafe by the terminal and the promenade from where you can have the best views of the sunset. I stopped by for some coffee.

After spending about two hours, I took the next ferry back to Kayaköy and walked uphill to the apartment on Istiklal Street on Taksim Square for the last day in Istanbul.