Having seen the small town of Ölüdeniz the previous day, it was time for a day of boat trip to the nearby places. You can book the day-tips on a boat at any of the many tour operators in the town, and since I was paragliding with Sky Sports, I went ahead and booked the boat trip with them the previous day.

It costs TL 25 for an 8-hour excursion in the Blue Lagoon. You meet at your tour operators office at 10:30am, someone will pick you up and you walk to one of the many boats parked on the beach. Ölüdeniz gets its most visitors from Britain, so along with about 20 other Brits, I sailed off in the crystal clear waters of the Blue Lagoon.

Here’s the itinerary for the trip: 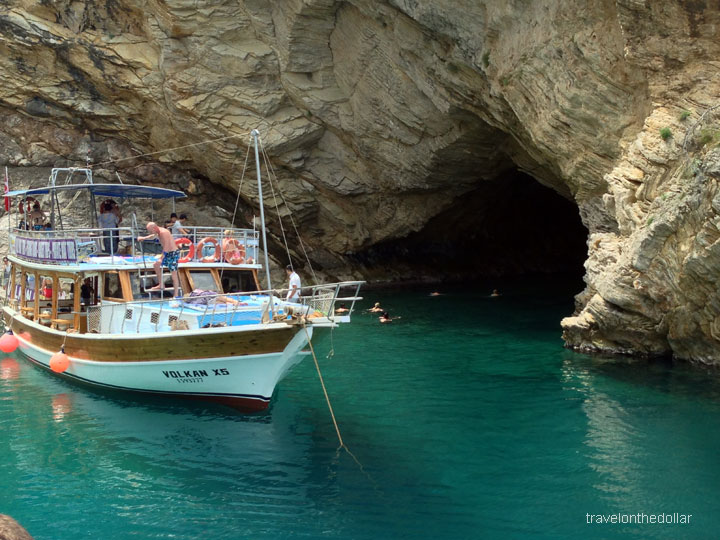 This is where I got down from the boat and started walking uphill towards the ghost town of Kayaköy. Inform the captain of your plans and visit this town which was devastated by an earthquake in 1856 and a major fire in 1885. After the Greco-Turkish War, Kayaköy was largely abandoned after a population exchange agreement was signed by the Turkish and Greek governments in 1923. Many of the buildings were damaged in the 1957 Fethiye earthquake. Kayaköy was adopted by the UNESCO as a World Friendship and Peace Village.

From Kayaköy, the best way to get back to Ölüdeniz is either wait for some tour company bus to arrive and you can ask for a lift; or you can walk 6km to Hisarönü/Ovacık villages and catch the local bus to Ölüdeniz. Note that there are no local buses or dolmuş from Kayaköy to Ölüdeniz or Fethiye. 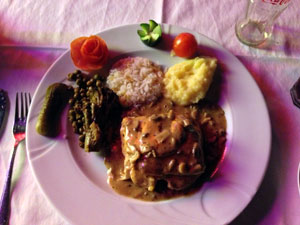 I decided to walk the 6km stretch to Hisarönü and catch the dolmuş that runs every 10 minutes to Ölüdeniz. It was almost sunset when I reached Ölüdeniz and sat by the beach-side restaurant called Cloud 9 for a meal – Ottoman Chicken (Chicken cooked with a light tomato sauce combined with onions, garlic & mushroom, topped with cheese and baked in the oven) and çay.

Traveling from Bodrum to Ölüdeniz & day there.

Boat trip at the Blue Lagoon & ghost town of Kayaköy.