Our the previous night at Casa de Maa, I had booked the tour for Sacred Valley with some tour company affiliated to the hotel, eventually dropping off at Ollantaytambo to take the evening train to Aguas Calientes. The day tour costs PEN 80 per person that includes transportation and lunch. Entrance fees are extra.

All the tours begin at 8am where someone from the tour company will pick you up from your hotel and will make you walk to the Plaza de Armas (since buses or mini-vans cannot navigate around the small alleys of old-town Cusco).

First off on the tour was a stop at the local market of Puca Pucara, before heading to the archaeological site of Pisac. Situated at the Willkanuta River, the area is best known for its Incan ruins, known as Inca Písac, which lie atop a hill at the entrance to the valley. The ruins are separated along the ridge into four groups: P’isaqa, Inti Watana, Qalla Q’asa, and Kinchiraqay. 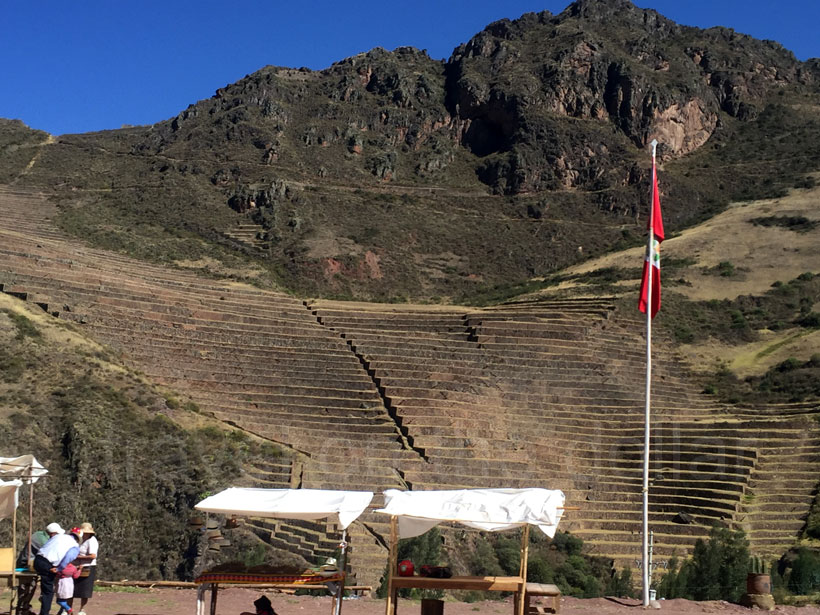 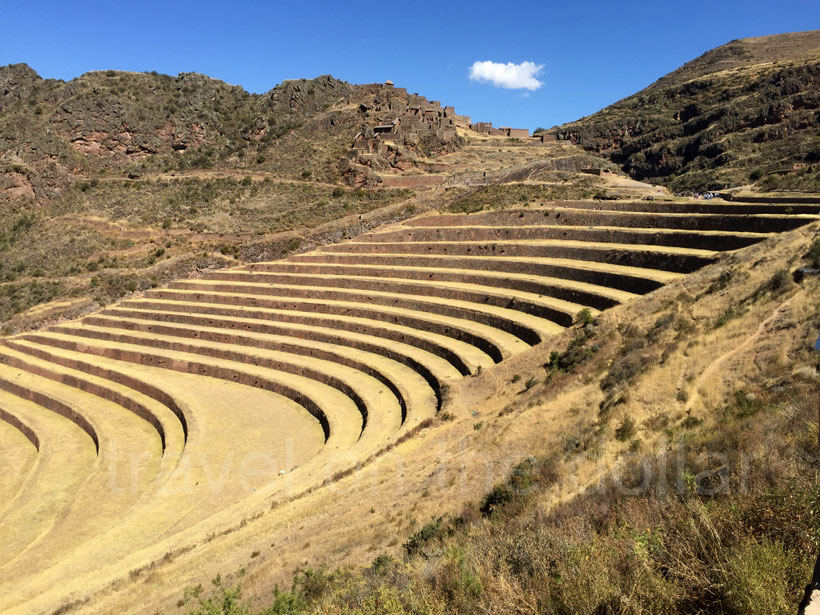 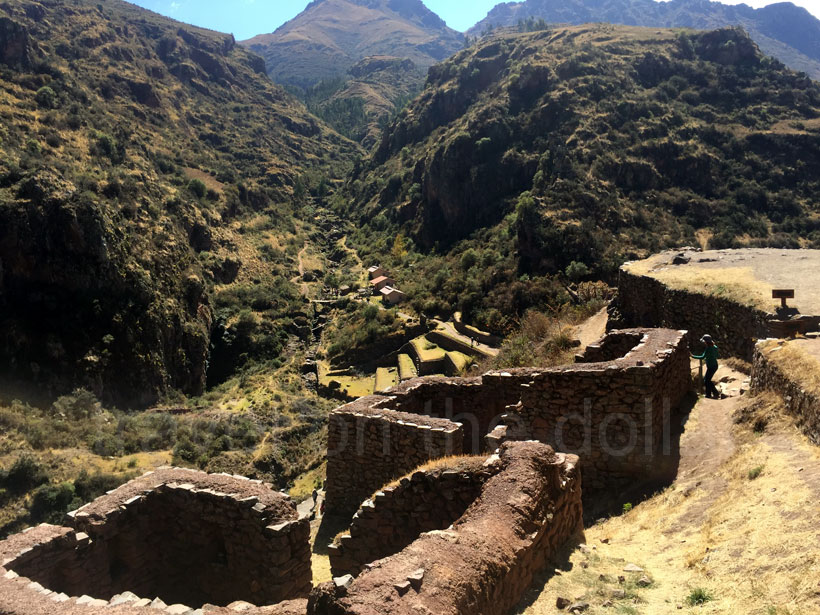 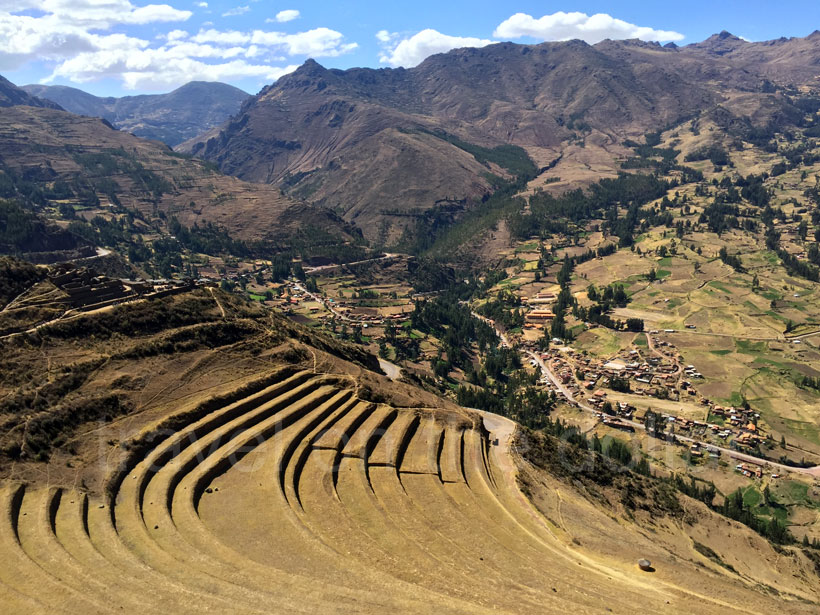 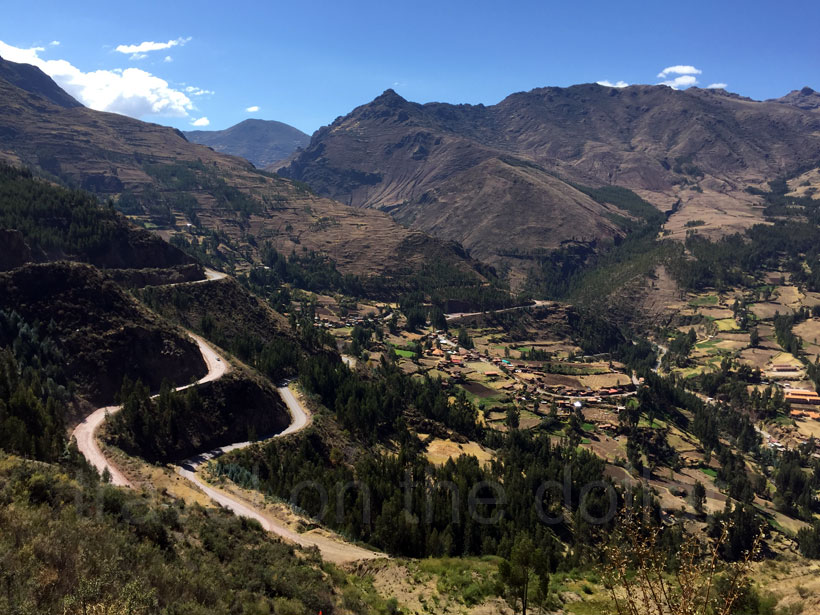 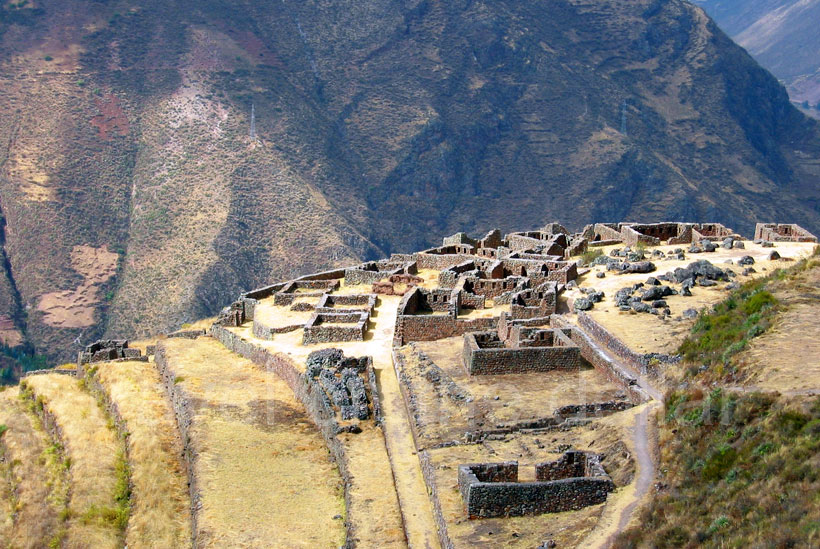 It is a 10 minute drive from the ruins at the top of the mountain to the Tuesday market in Pisac. Shops line up along the side street selling souvenirs, which looks the same at every shop. Make sure to bargain, but don’t go too low on prices because the locals lose out on the tourist money that helps the local community and economy of the valley. 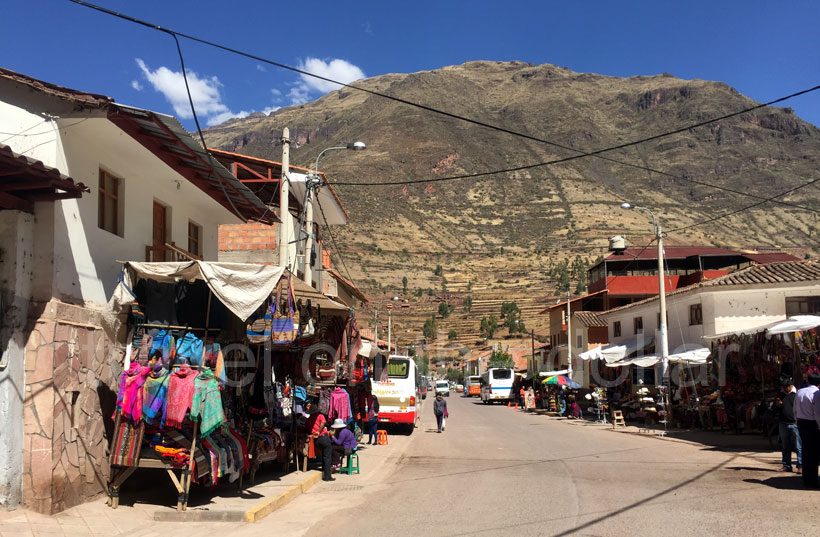 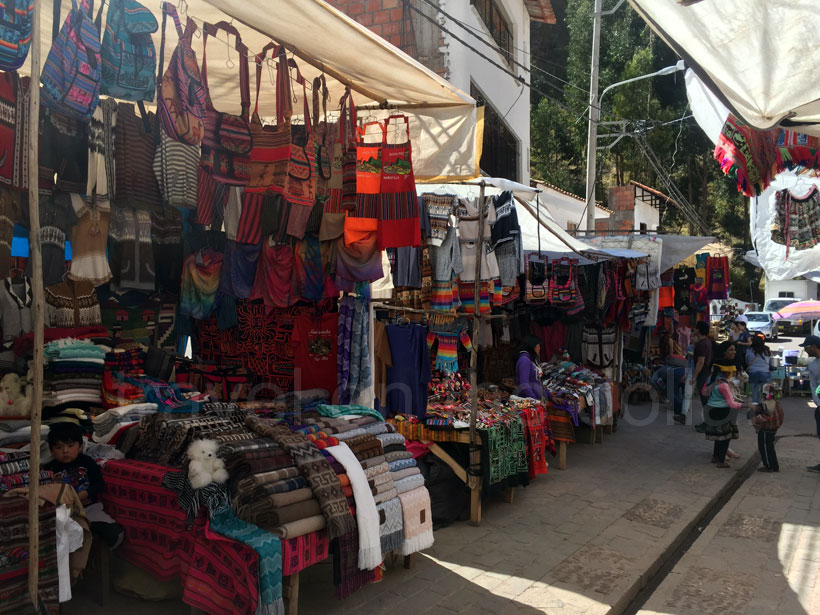 After a 15-minute break at the market, we drove for 30 minutes to Urubamba, where we stopped for lunch, which was included in the tour (except for drinks, for which we had to pay). If your tour did not include lunch, then you will pay PEN 35 for the meal. People with lunch-included go to one restaurant, whereas others are dropped at a separate restaurant. Our pre-paid lunch included six kinds of salads, three appetizers, four different main dishes (includes vegetarian dishes too) and five different desserts.

One thing to note here is that we were NOT shown any Inca ruins of Urubamba.

It was about 2 p.m. when we finished lunch so we headed to Ollantaytambo.

A former Inca administrative center and gateway to the Antisuyo (the Amazon corner of the Inca Empire), Ollantaytambo sits at the northern end of the Sacred Valley. At the time of the Spanish invasion and conquest of Peru, Ollantaytambo served as the last stronghold for Inca Manco Yupanqui, leader of the Inca resistance at the time. Nowadays the Ollantaytambo ruins and town are an important and popular tourist attraction in the Sacred Valley. The town’s primary attraction is the Ollantaytambo Fortress on the outskirts of the settlement in a section known as the Temple Hill. It is also the most common starting point for the famous Inca trail.

As you climb the Inca stairs to the top of the fortress of the Ollantaytambo ruins, you begin to fathom just how large this structure is. The terraces are taller than the average man and much wider than they look from the bottom. At the top of the fortress is the military area. From here is where Inca Manco and his soldiers watched for the Spanish invaders. This was a great vantage point, and only when you get up there do you realize how high you are up and how much you can see out to the Sacred Valley. A short distance from the top of the fortress, you enter the temple complex. This section includes many finely crafted stone pieces such as the Enclosure of the Ten Niches. As you enter the important Temple of the Sun you will see a number of discarded large stone known as piedras cansadas (tired stones). This uncompleted temple holds the Wall of the Six Monoliths. Each of these stones weighs 50 tons and were brought from the nearby quarry. 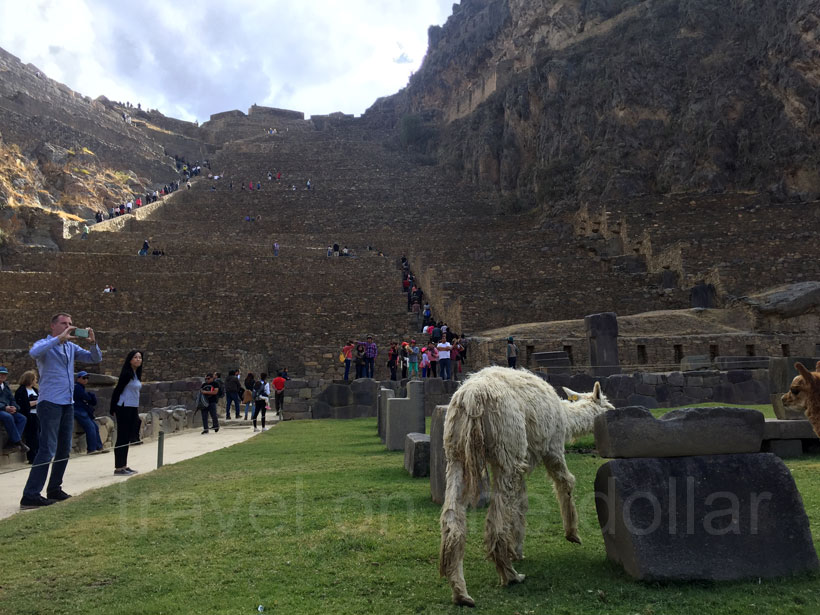 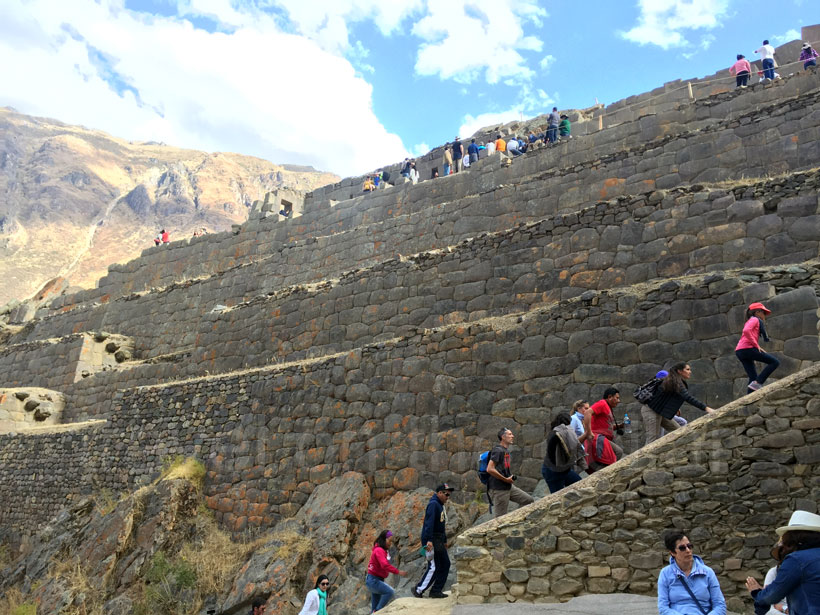 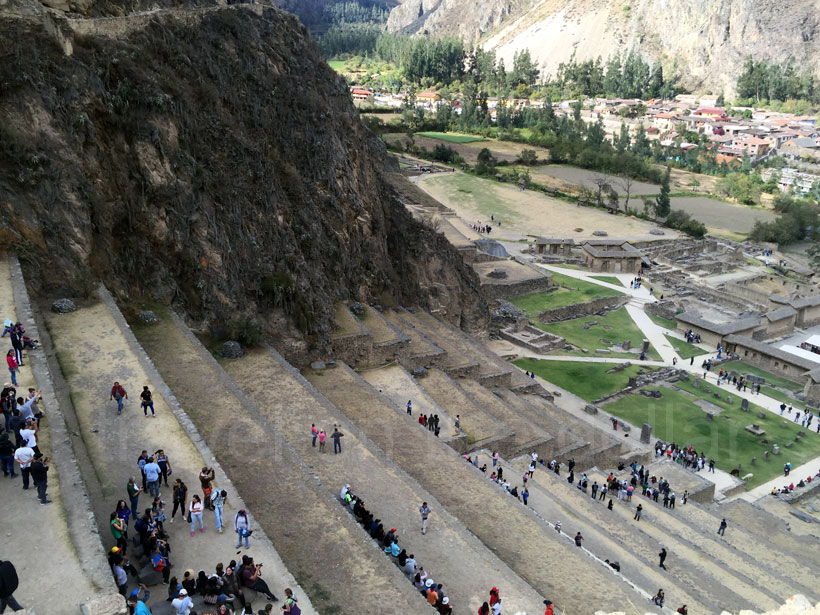 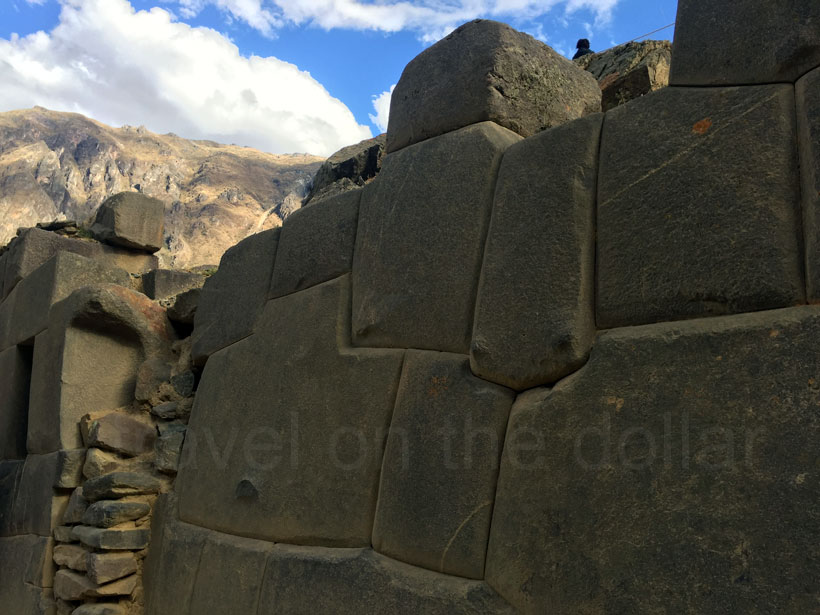 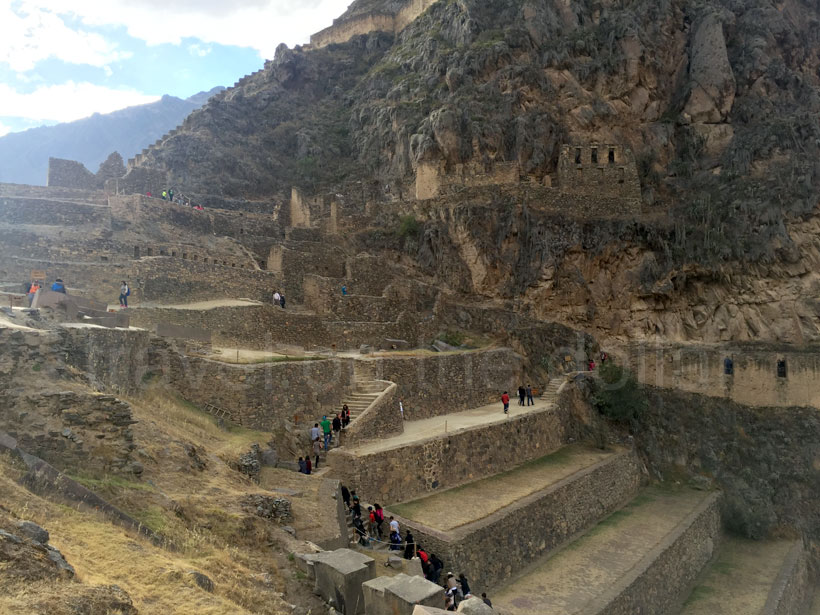 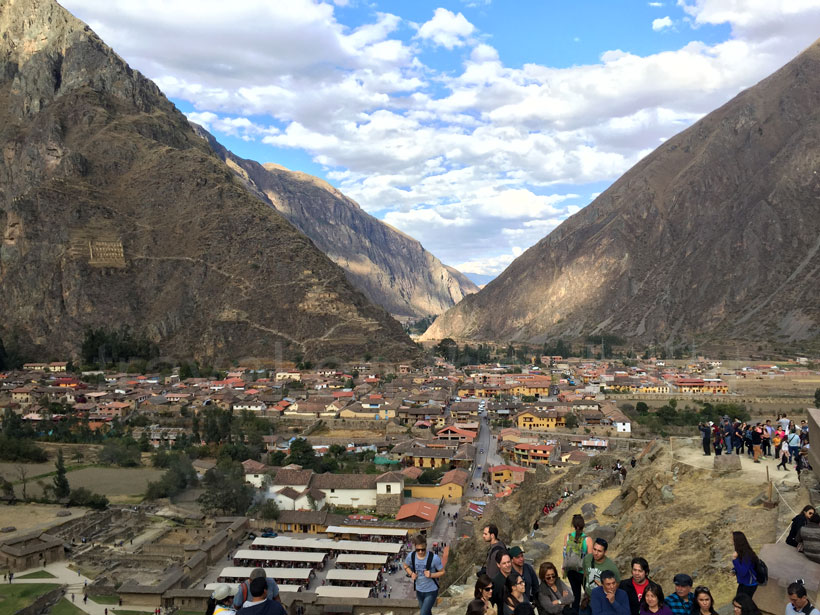 From the terraces if you look across the valley you can see the ruins of the old store houses built by the Incas. These were known as qollqa. They were used by the Incas to store agricultural crops to feed the town. They made the movement of the crops easier, through the specifically built and structured narrow windows in the store houses. If you take a closer look you will see a face carved into the rock face. This is the face of Wiracocha, the deity. The Incas believed he was the creator of all. He is depicted with a pointed bonnet on his head and carrying some heavy sacks on his back. It is possible to climb to the storehouses and to the face of Wiracocha, and is a 20 minute hike one way. It is a steep and vertical climb that can take your breath away. But when you reach the site you have a great view of the town below and across to the Temple Hill. 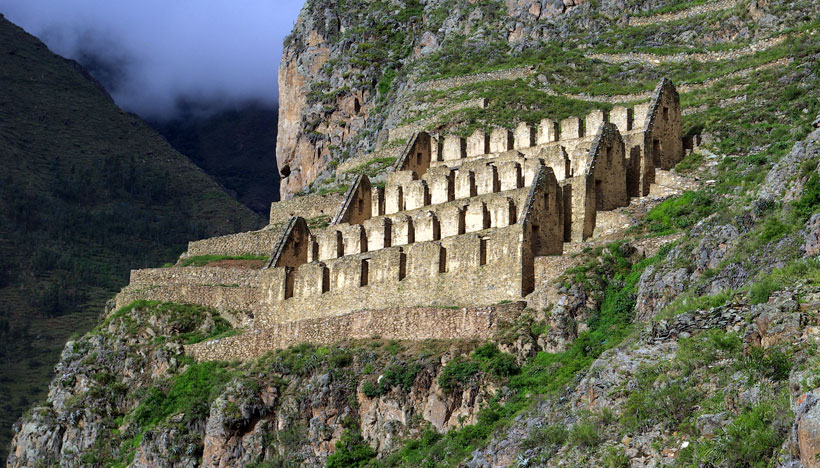 Since we had booked a 7 p.m. train (more on trains in next chapter) to Aguas Calientes from Ollantaytambo station, we walked back to the town center and stopped for coffee and refreshments. While the rest of the tour drove back to Cusco, stopping at Chinchero ruins. 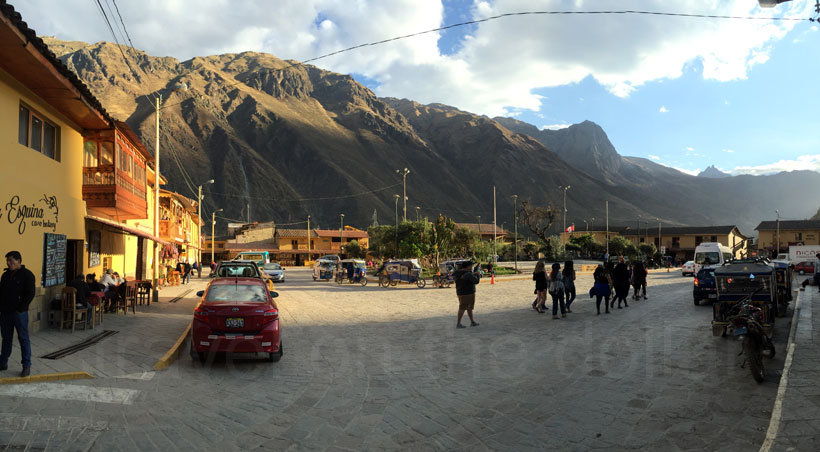 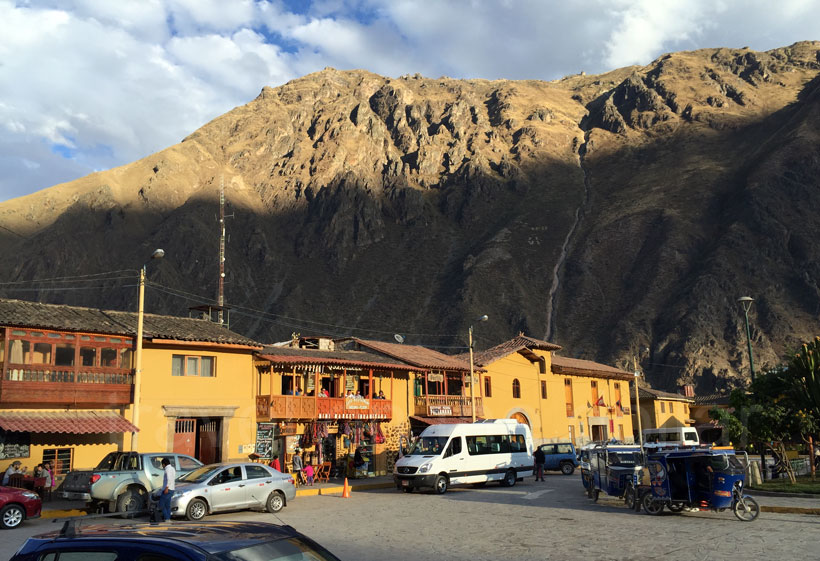 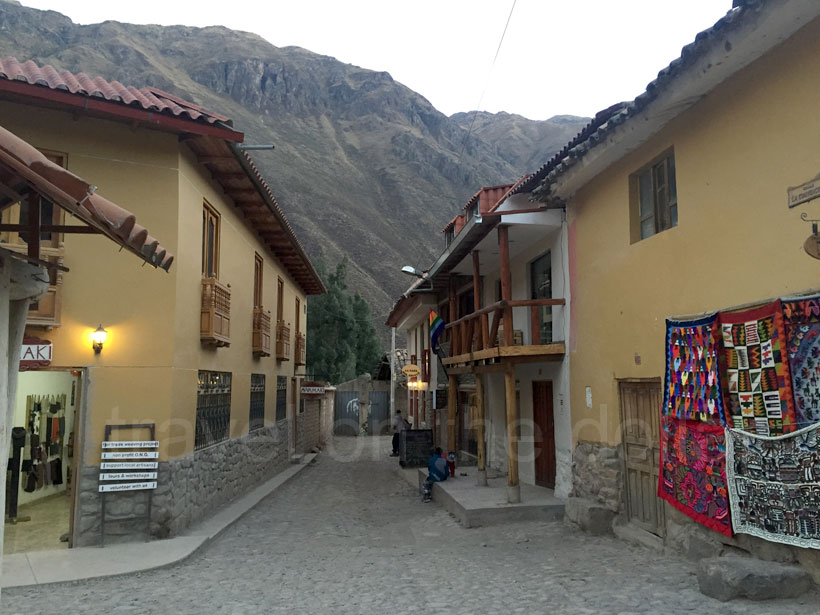 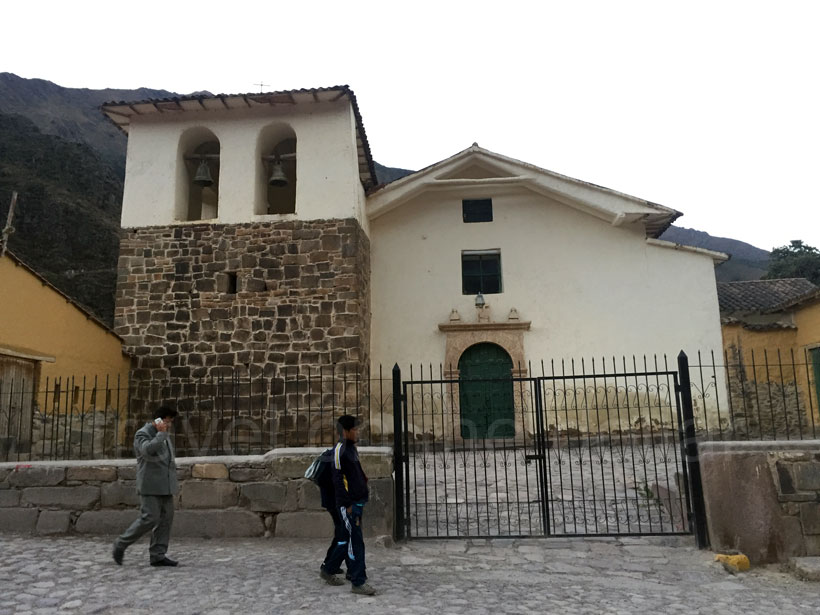 We headed to the train station which is a 7 minute walk from the main square, about 30 minutes before the departure time. The departure was about 10 minutes delayed, reaching Aguas Calientes around 9 p.m.

All hotels in Aguas Calientes provide train station pickup, which is included in the price of the room. Our hotel receptionist was holding our name cards and after a short 5-minute walk, we checked in and headed out to dinner at one of the many restaurants along the main street running parallel to the river. 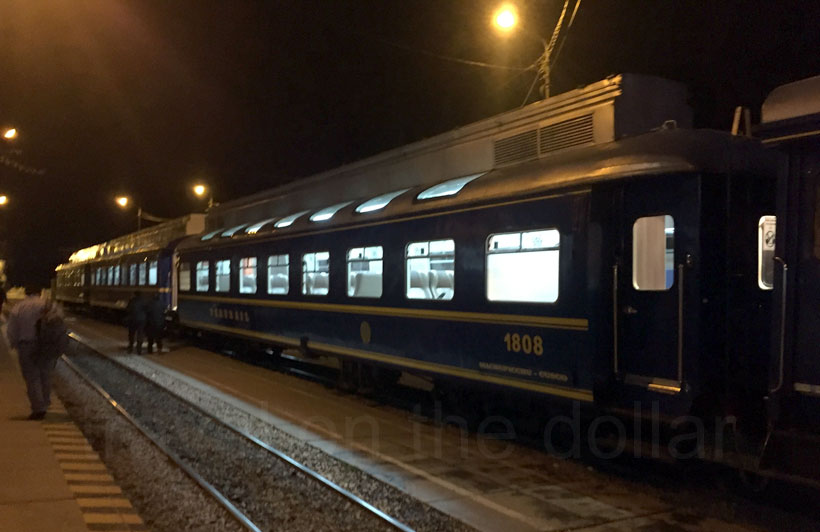 A return bus ticket costs $24 and can be purchased using your credit card.

Bus from Arequipa to Cusco stopping at Juliaca.

Visiting the wonder of the world & return to Aguas Calientes.