It was late evening (day before) when we arrived at Asuncion airport in Paraguay. Although Uber is available widely in the city, and is highly recommended to use it as airport transfer to the city, we found it to be expensive on-arrival, mainly because of the weekend. So we took a taxi costing PYG 120,000 (standard costs), and checked-in to the hotel.

Arriving late in Asuncion? – It is important to note that if you’re arriving in Asuncion late evening, especially on a weekend, then you will have very limited options for dinner, or even snacks! So make sure to purchase something from the many cafes and restaurants outside the airport.

It was Sunday morning the next day, and although our hotel did not serve breakfast, we found local cafes serving coffee and basic sandwich!
This is a country where people love spending time with families on Sundays so the capital city is fairly quiet and ‘dead’ on Sunday mornings. Most museums or stores are closed, or open as late as 11am.

Almost all the main sights to see in Asuncion are located close to Avenida Mariscal Lopez in the ‘Catedral’ area (or Centro) of the city, which is also the center. The centro area is well-structured and mostly flat making it easy to walk around.

Here are some of the sights we visited in Asuncion:

Originally constructed in 1863 as a chapel for ‘Virgin Our Lady Saint Mary of Asuncion’, the National Pantheon serves as the principal mausoleum of Paraguay where lie the remains of the great heroes of Paraguayan history. Although the ceremonial changing of the guard is held several times a day, this was cancelled because of the pandemic. 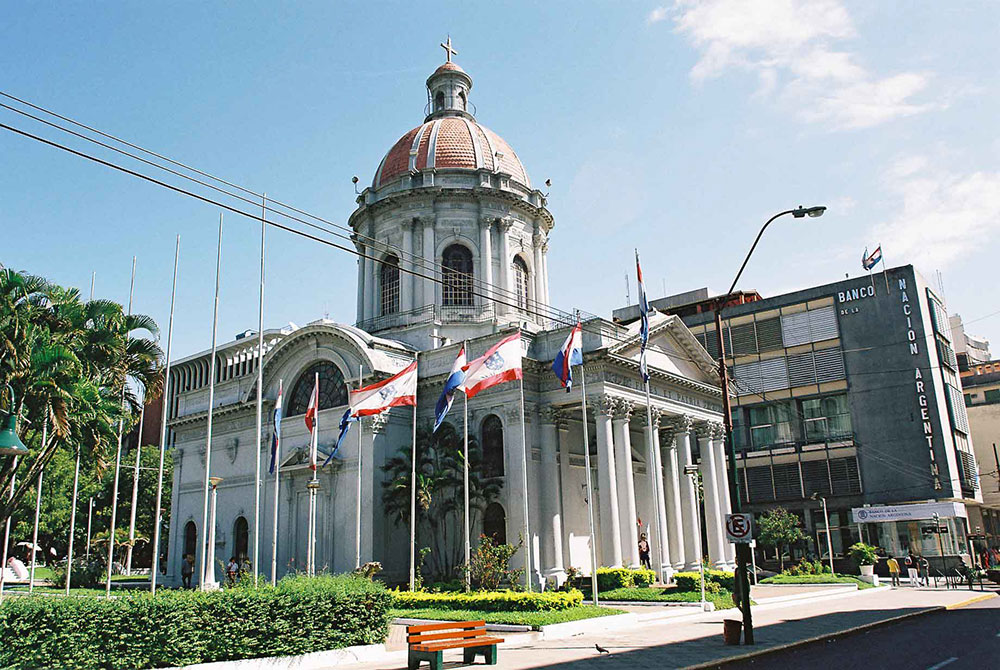 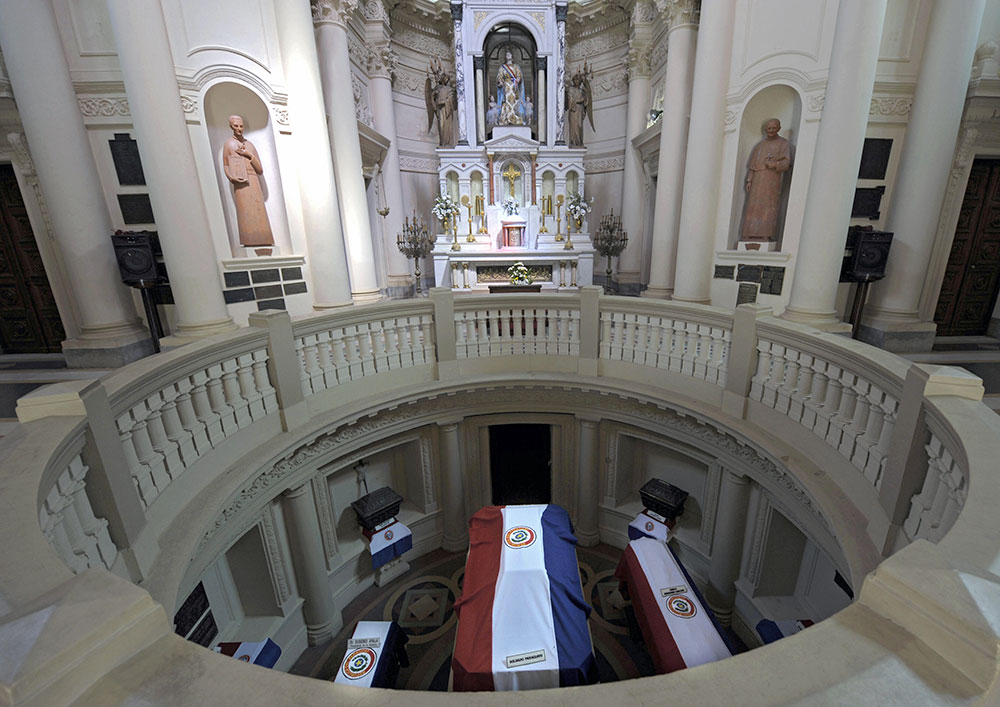 Due to pandemic, the museum was closed. 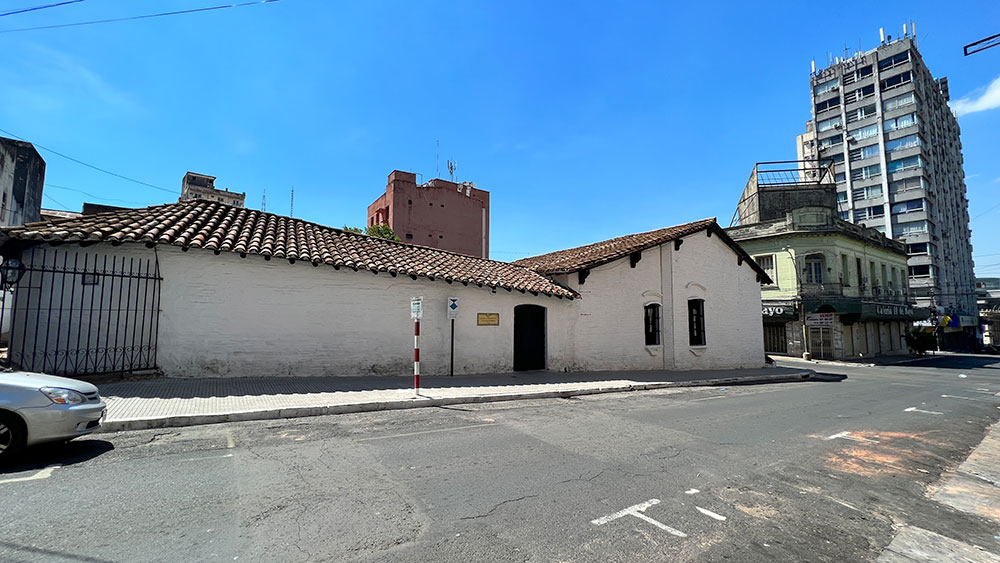 The Cultural Center of the Republic, located in the Cabildo building, has the objective of strengthening awareness and historical memory, enhancing its status as a building of monumental value. It has several rooms that have been awarded to the different museums in the city: Sala del Barro, Sala del Arte Sacro, Sala Guido Boggiani, Sala de la Música, Sala del Cabildo, Sala del Cine and the Library of Paraguayan authors Augusto Roa Bastos. It also has two rooms for temporary samples from Paraguay.

Due to pandemic, the center was closed. 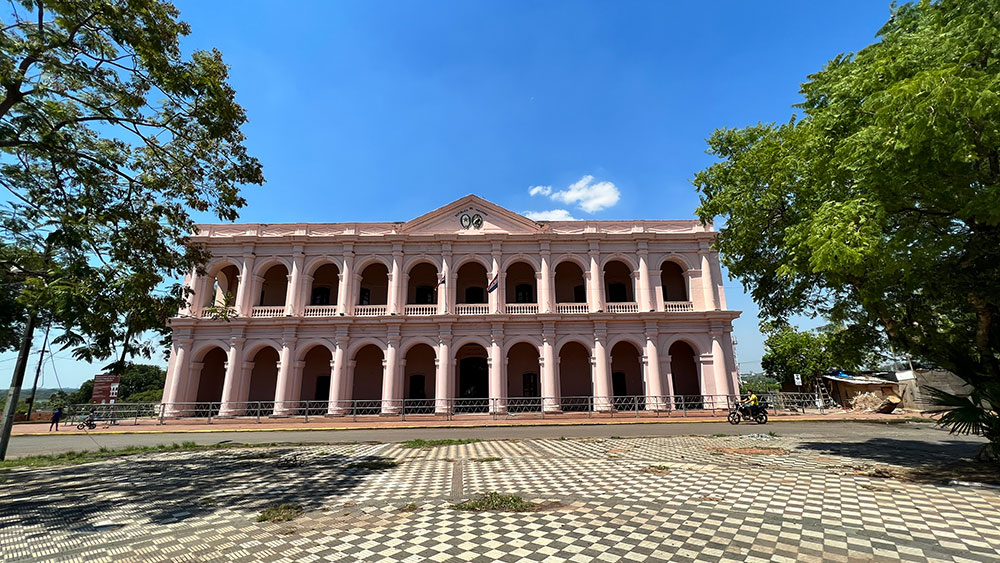 One of the least interesting buildings is the national parliament of Paraguay, the constitutional body charged with exercising the country’s legislative power. It is composed of the Senate of Paraguay (upper house), and the Chamber of Deputies of Paraguay (lower house). 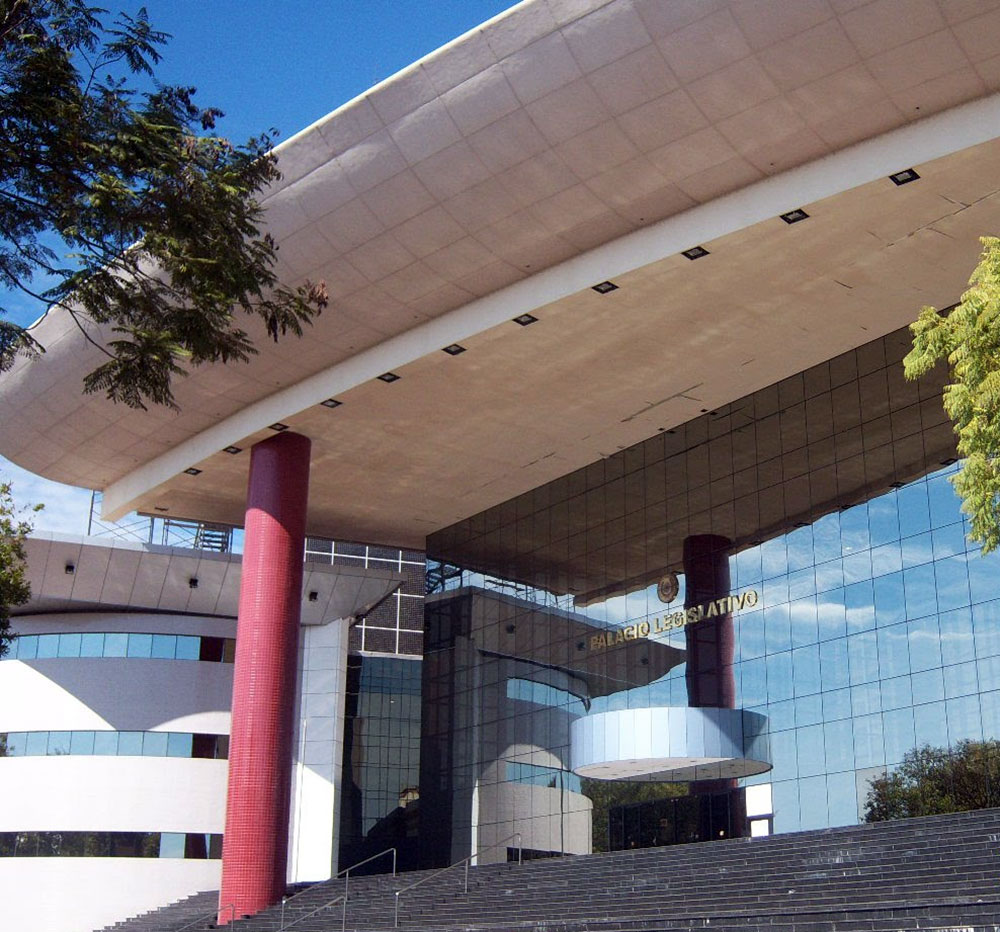 Metropolitan Cathedral of Our Lady of the Assumption is the main Catholic cathedral of Asunción. It was the first diocese of the Río de la Plata. The last current model was built during the government of Don Carlos Antonio López and inaugurated in 1845. It is dedicated to the Virgin of the Assumption, patron saint of the country’s capital city. It has a high altar covered in silver.

Due to the pandemic, the cathedral was closed. 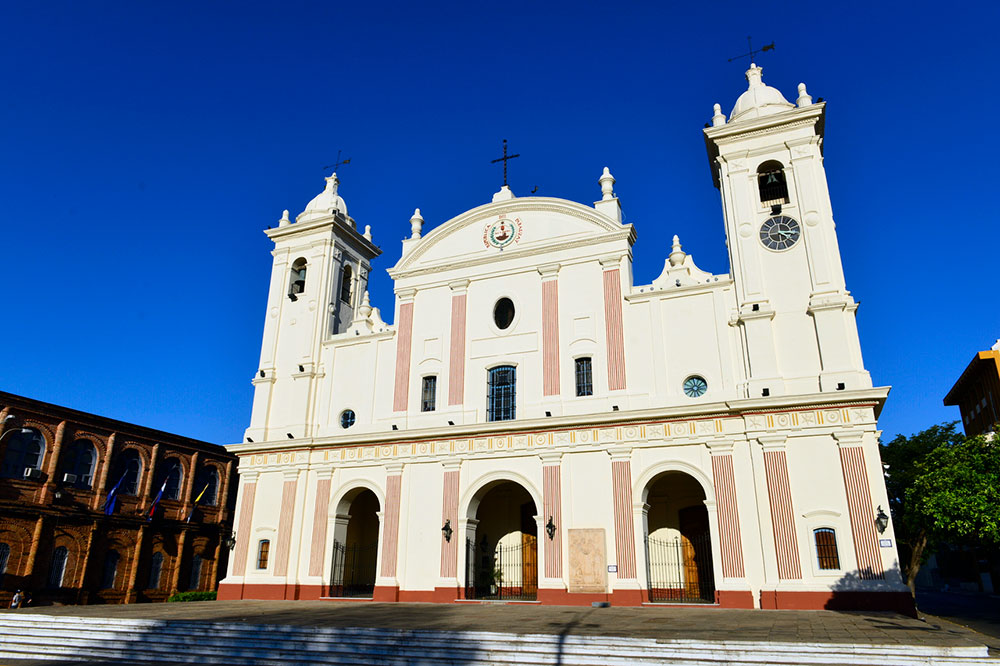 Palacio de Lopez is a palace in Asunción that serves as workplace for the President of Paraguay, and is also the seat of the government of Paraguay. Half of this palace was under renovation and maintenance during our visit. 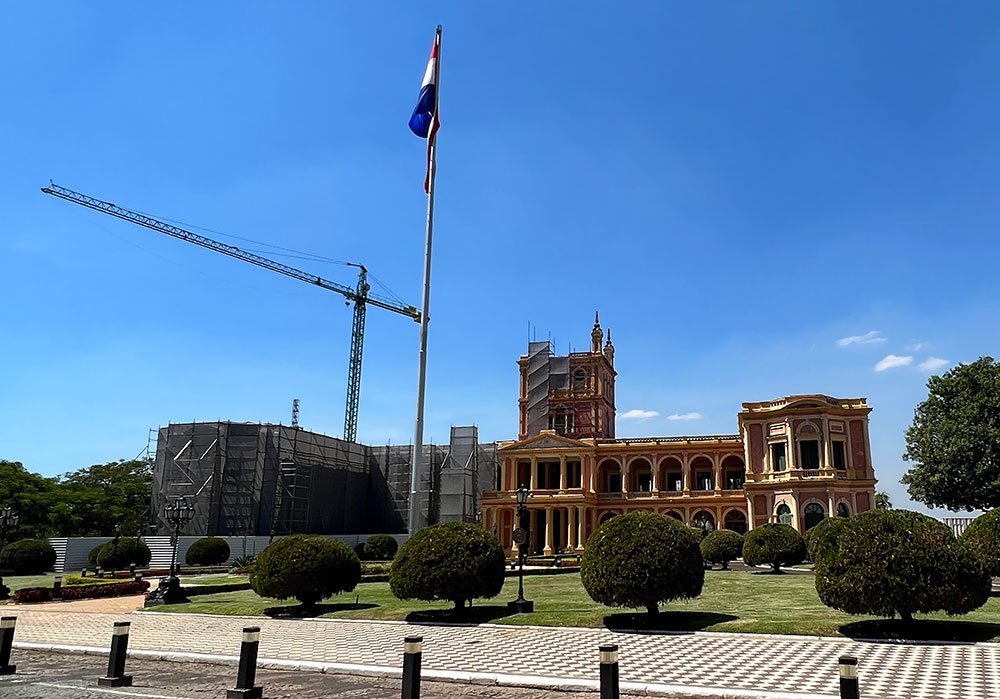 With limited options open to eat, we headed to the much-talked-about Lido Bar for lunch. It was really busy considering the only restaurant open on Sunday afternoon! The empanadas are huge, filling and delicious!

After a good meal, it was way too hot to walk around the city, so we headed back to the hotel for a siesta! And in late evening, we called an Uber to visit the last sight in the city located at the southern end.

Cerro Lambare is named in honor of Chief Lambare, the leader of the Guaraní community, who entrenched themselves on this hilltop against the invading Spaniards. When the natives were worn down to the point they could no longer hold off the Spanish, Chief Lambare negotiated with them for peace. The huge hilltop monument remembers the bravery of this local hero and the peace he brokered, and offers panoramic views over Asuncion, the Paraguay River, and the lands he sought to defend.

You can see Argentina across the Paraguay river from here. 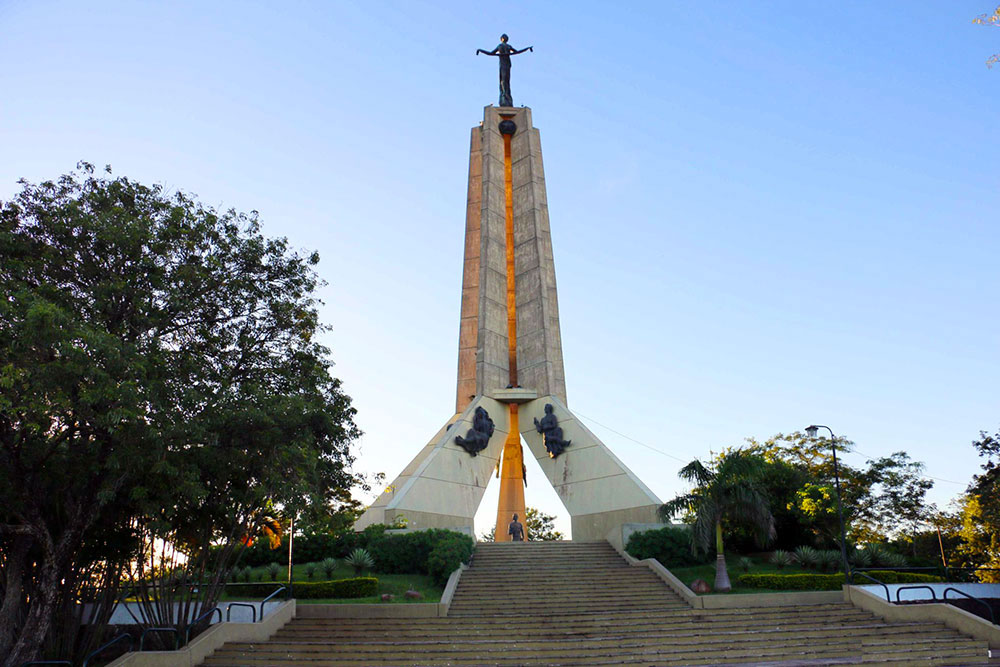 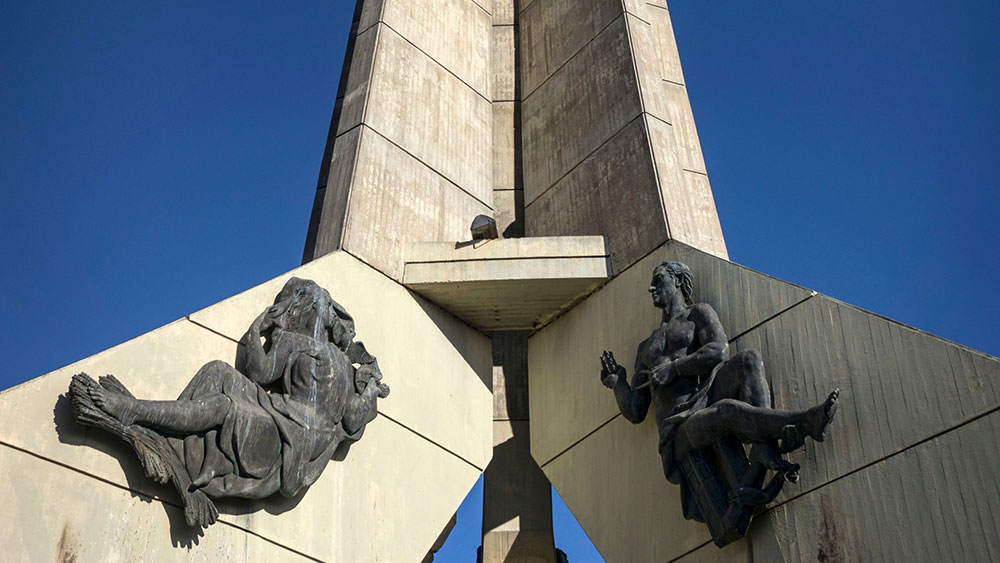 Dinner was pizza at a local cafe nearby Cerro Lambare. An Uber back to the hotel, we called it a night.