Today was divided in two parts – the first one was to explore all the ancient sights in the old town in Famagusta; and then head over to the ghost town of Varosha just south of the old city walls.

So after a free breakfast in the morning, I headed out on a self walking tour of the sights within the walls of old city Famagusta.

With more than 20 sights to see in the old city, the city of Famagusta provides cultural heritage with its mosques, churches and historical buildings along its quaint streets lined with cafes, restaurants and bars.

Famagusta Walled City Association provides free and excellent maps of all the sights to see in this walled city. 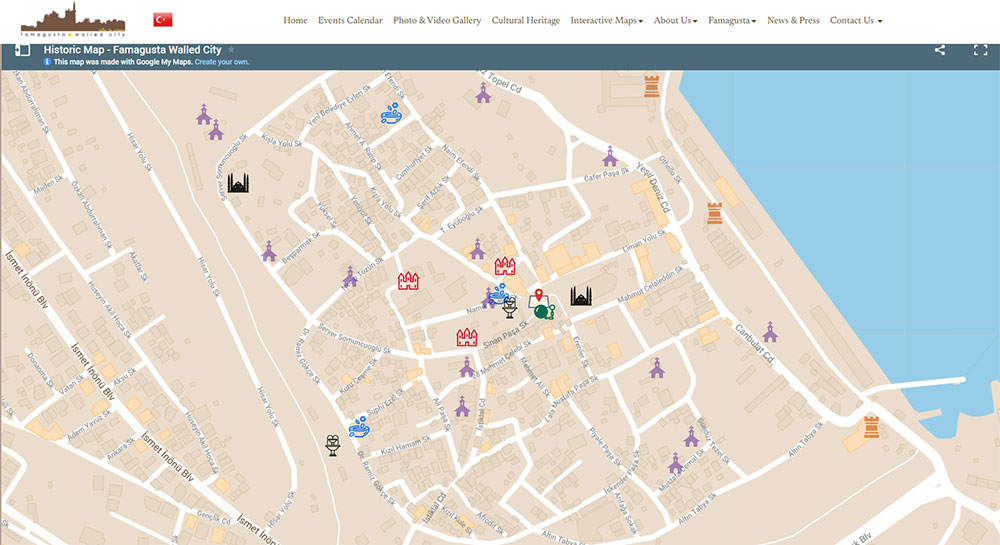 Here are some of the images of various sights to see in the walled city of Famagusta: 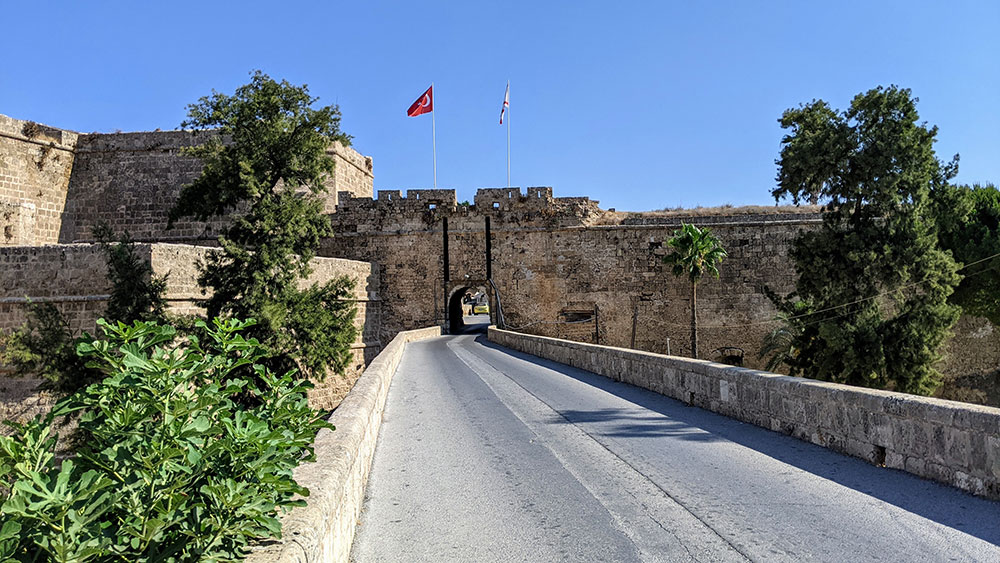 [Venetian Fortifications: Land Gate and Ravelin. The Venetian walls and fortifications that surround the historic town are a superlative example of Renaissance military architecture.] 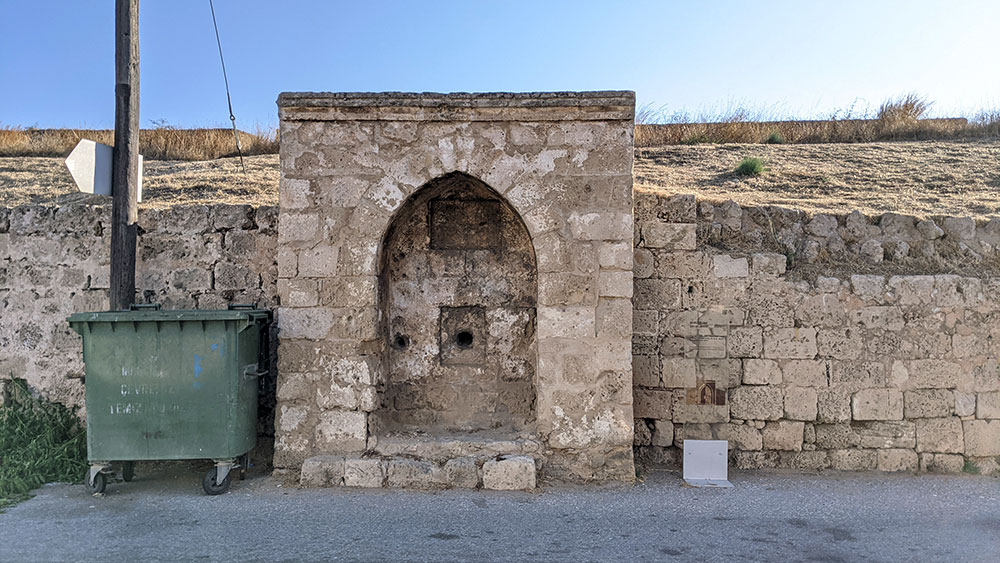 [Kuru Çesme (Dry Fountain). This restored 17th-century Ottoman fountain is incorporated into the Venetian walling, just down from the Kizil Hamam on the opposite side of Kuru Cesme Street.] 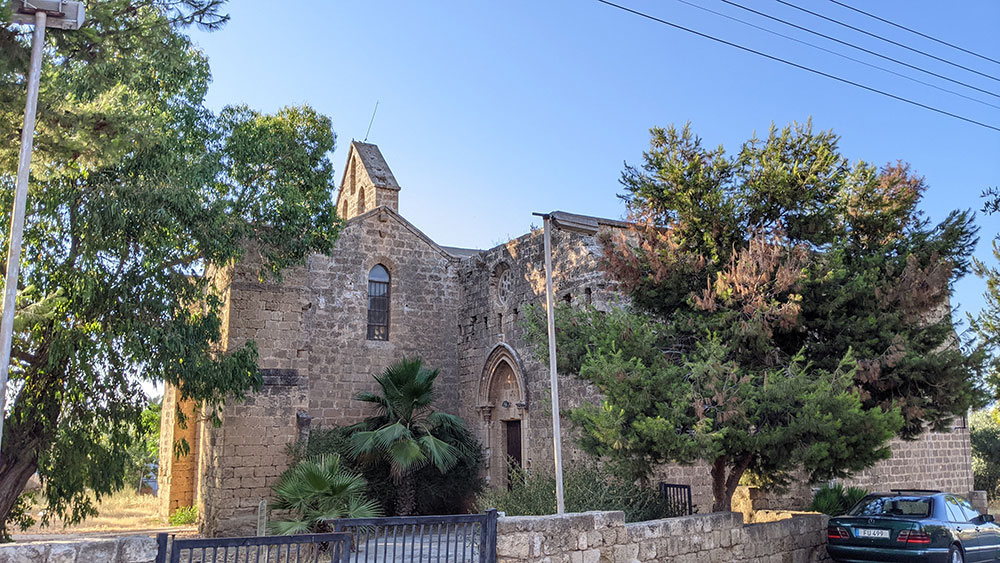 [Nestorian Church (Agios Georgios Exorinos). The identification of this building as such, is based solely on medieval sources, which testify to the extraordinary wealth of the Nestorian merchant community of Famagusta.] 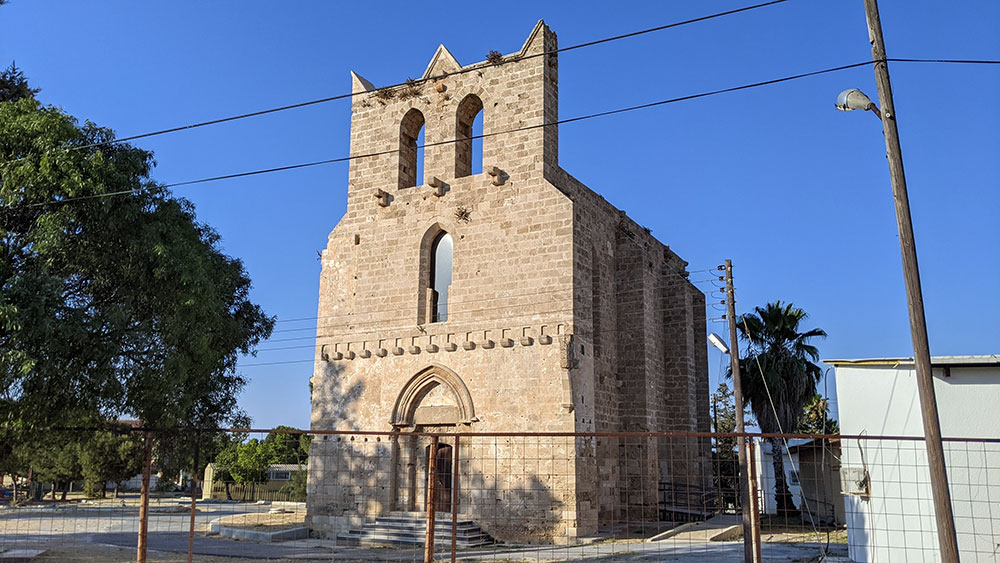 [Church of St. Anne. The small and well-proportioned church of St. Anne presents a number of distinctly Gothic elements. It closely resembles the Carmelite church in style, and therefore, probably dates from the same period of the 1300s.] 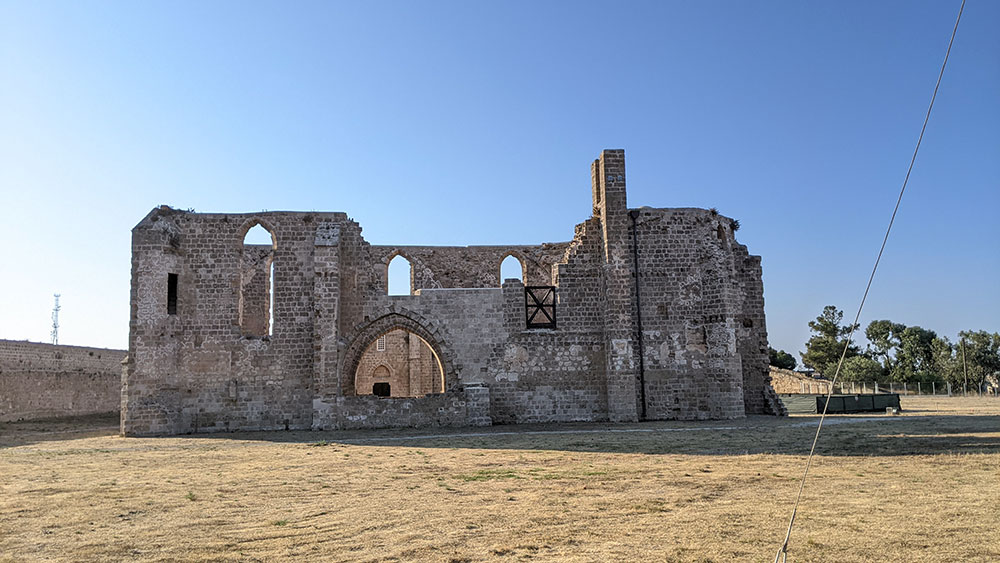 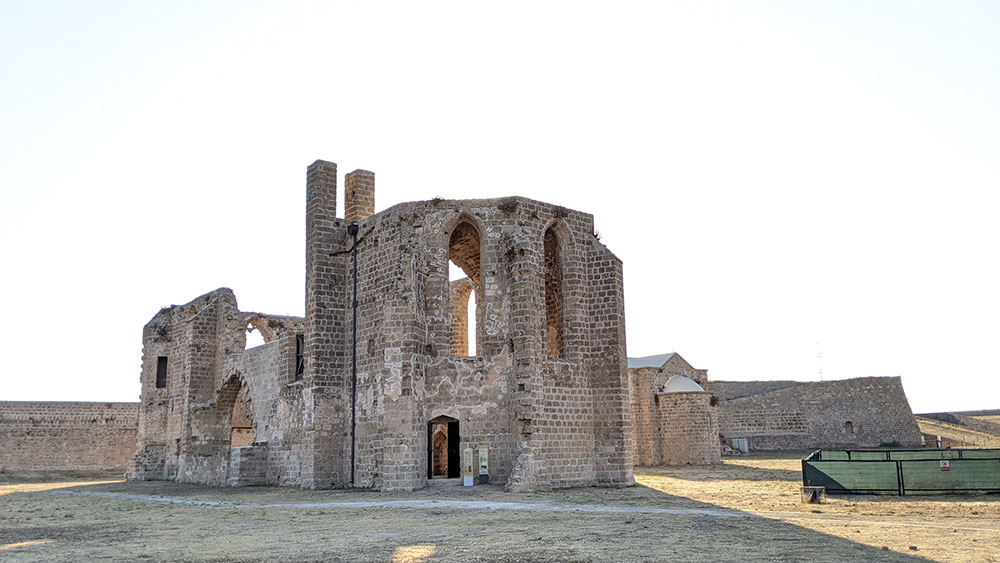 [Armenian Church (Ermeni Kilisesi). Adjacent to the Carmelite Church is the smaller, better preserved Armenian Church. Judging by style, it appears to date from the 1360s.] 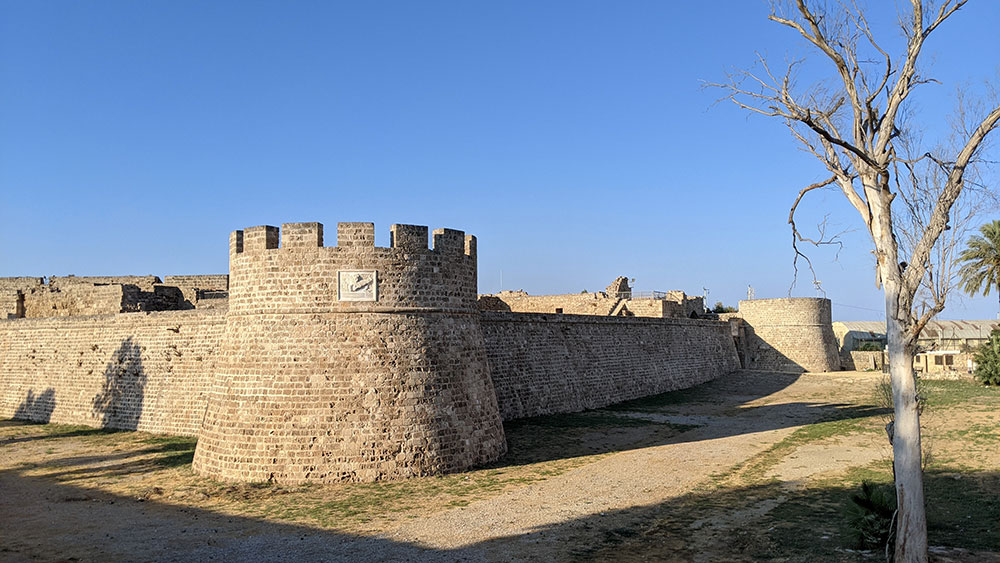 [Citadel/Othellos Tower. Famagusta’s medieval castle or citadel occupies a strategic position overlooking the harbor. Built first by the Lusignans during the reign of Henry II (1285-1324).] 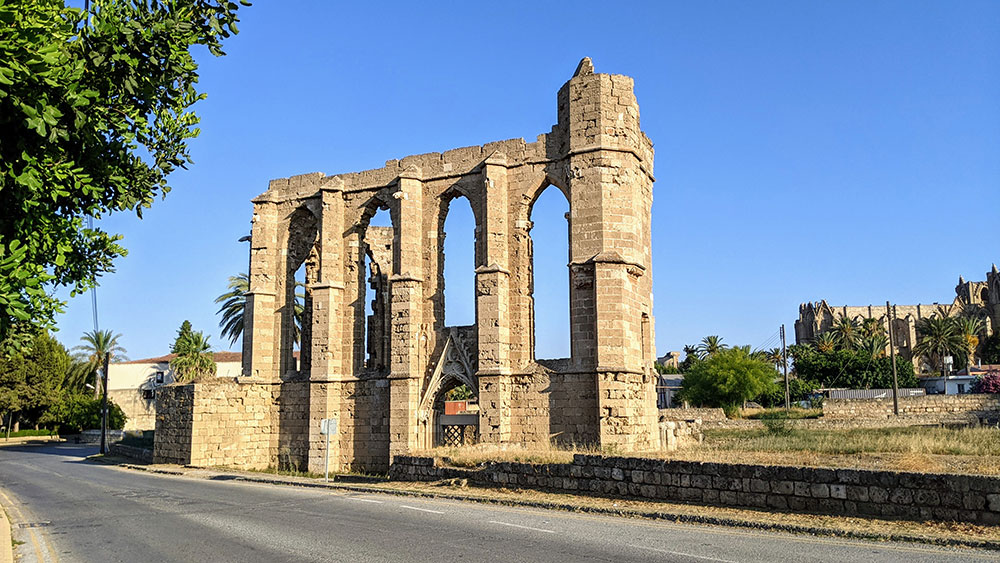 [Church of St. George of Latins. lthough now in ruins, some of the finest medieval carved stone ornanentation in Cyprus can be found at St. George of the Latins. The church dates back to the first decade of the 14th century.] 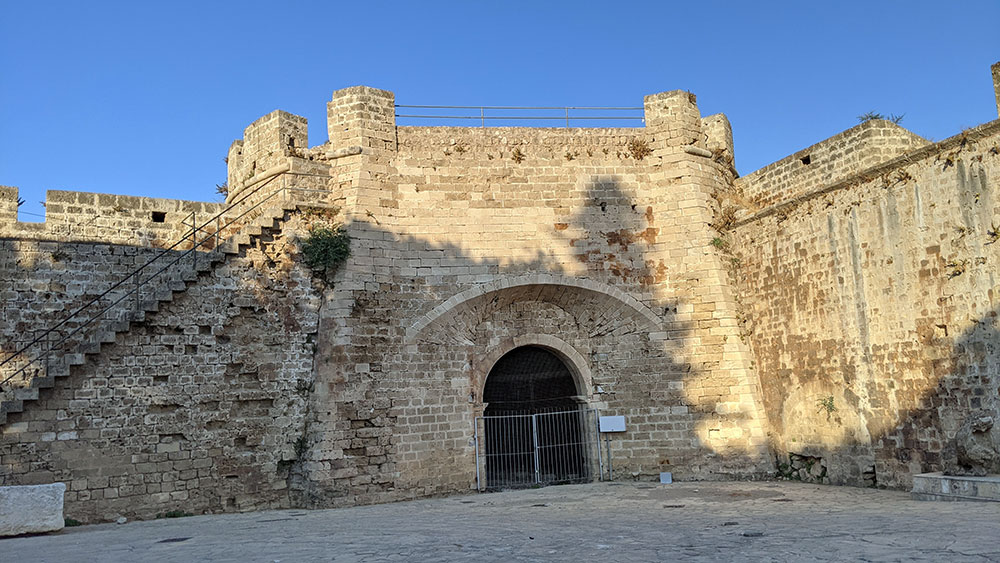 [Sea Gate is one of two original entrances to the walled city (also sea the Land Gate). Although medieval in its origins, it gets its distinctive appearance from the Venetians.] 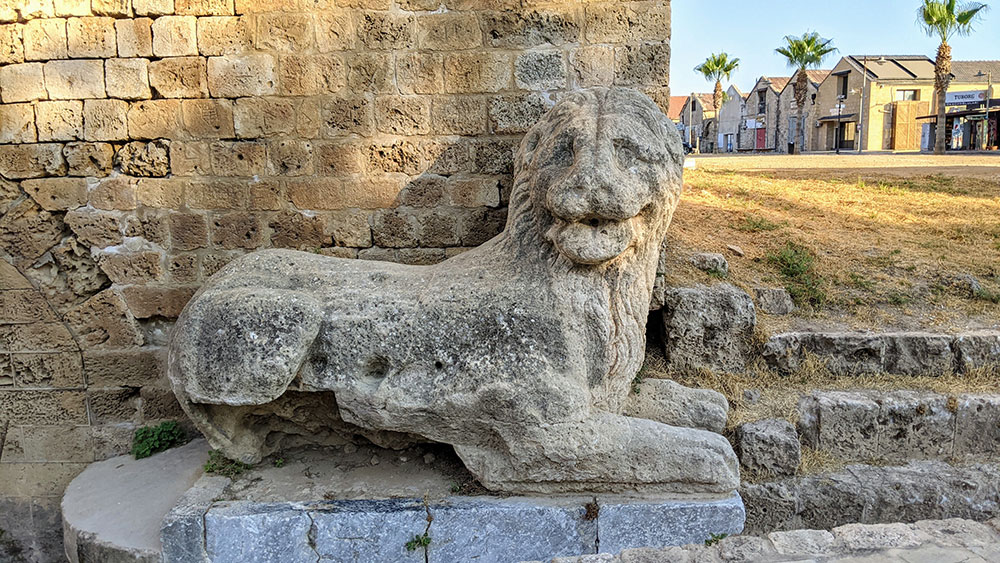 [Statue of lion at Sea Gate] 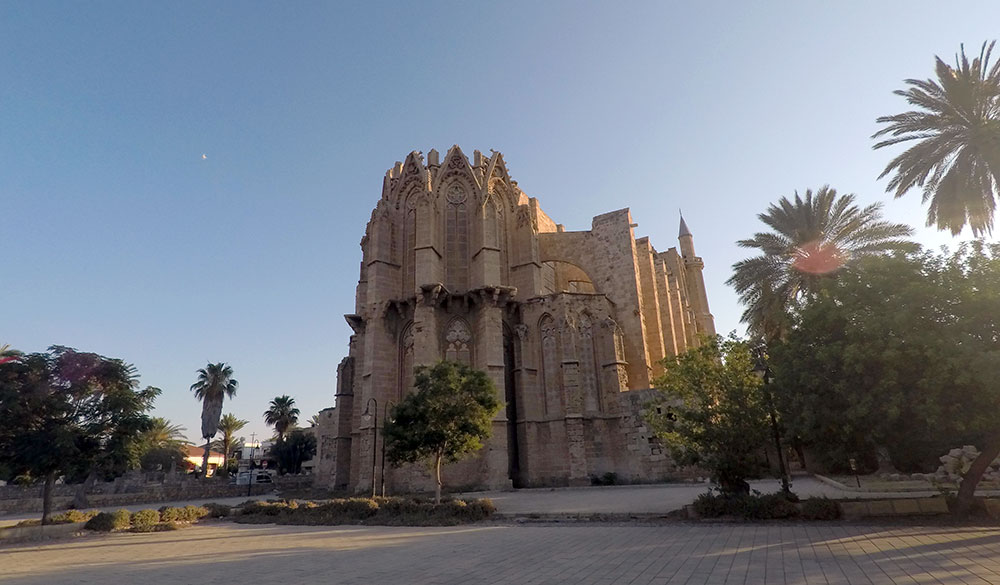 [Unknown church. In the 14th century, Famagusta boasted half a dozen Latin nunneries, each of which would have possessed a small Gothic church. Very little is known about these unnamed churches.] 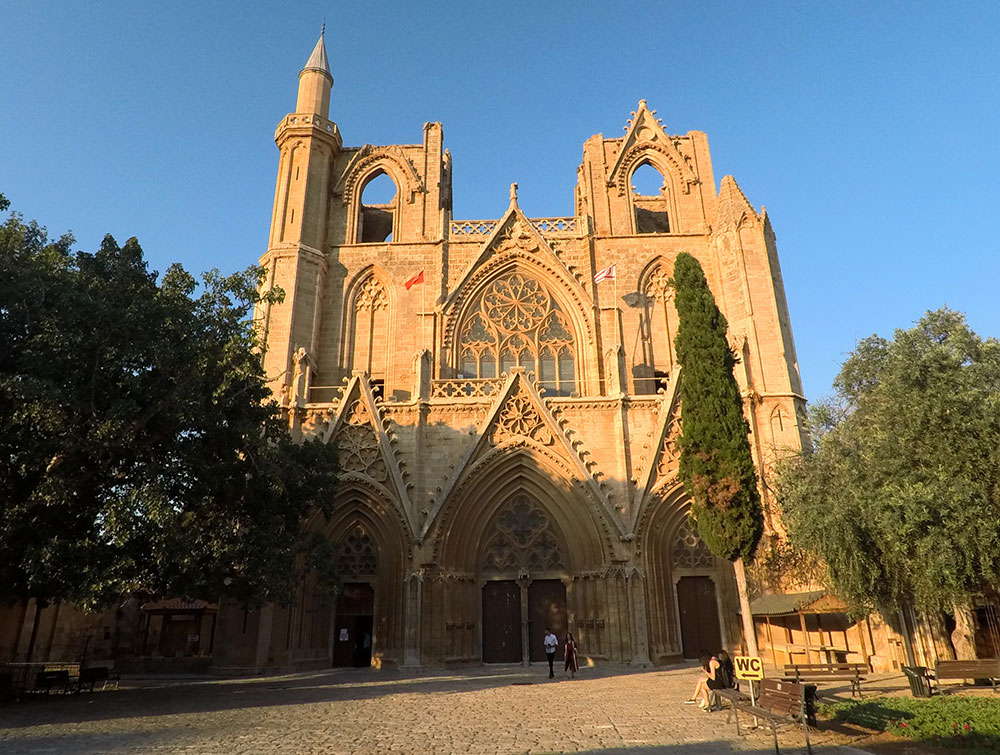 [St. Nicholas Cathedral / Lala Mustafa Pasha Mosque. Famagusta’s former Latin Cathedral of St Nicholas is widely agreed to be one of the most splendid and most beautiful of the Frankish buildings that survives in the Levant. It was here, between the years 1291 and 1373, and after having first been crowned as kings of Cyprus in the capital, that the coronation of the Lusignan rulers as kings of Jerusalem took place. And it was here that the island’s last monarch, queen Caterina Cornaro, yielded to the monopolizing powers of the Venetian republic.] 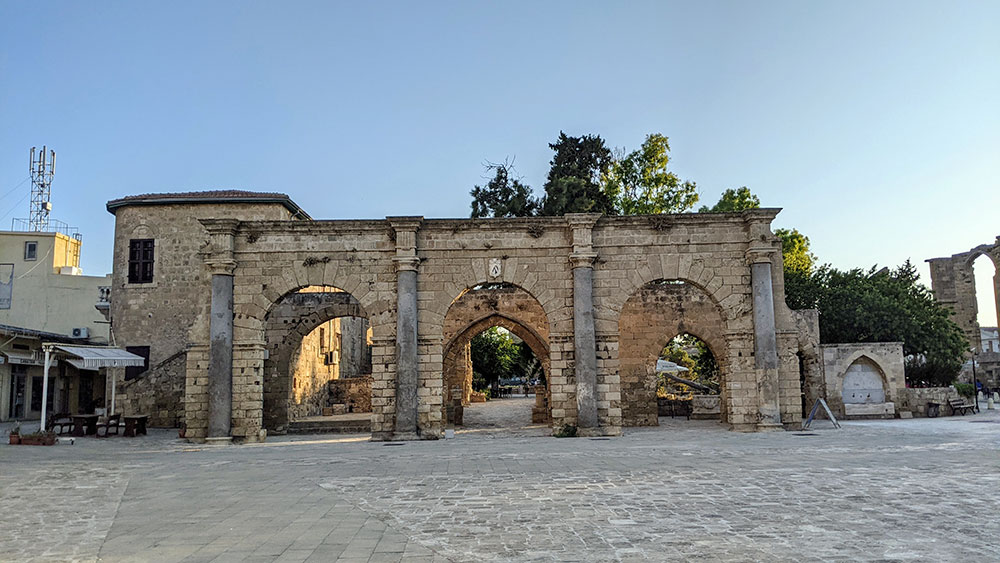 About 30 mins walk from the north-east end of Famagusta city walls where my hotel was, lies the conflicted and abandoned town of Varosha. After the invasion of Turkey in 1974, Greek Cypriots were forced to leave this famous beach-side destination overnight. The remnants of this city are still intact because of the conflict between Cyprus and Northern Cyprus when the Turkish military took over this city and barred anyone from entering it.

The Northern Cyprus military (actually Turkish military) has just opened parts of this town to visitors, while the plan is to open the whole city soon.

Passing through the security check, you have to show your passport and the purpose of your visit. Drones and UAVs are not allowed at the time of writing. Most parts of the city were off-limits, except for the beach and a few streets near the beach.

It’s a surreal experience to wander around this ghost town and see the effects of war from forty years ago. 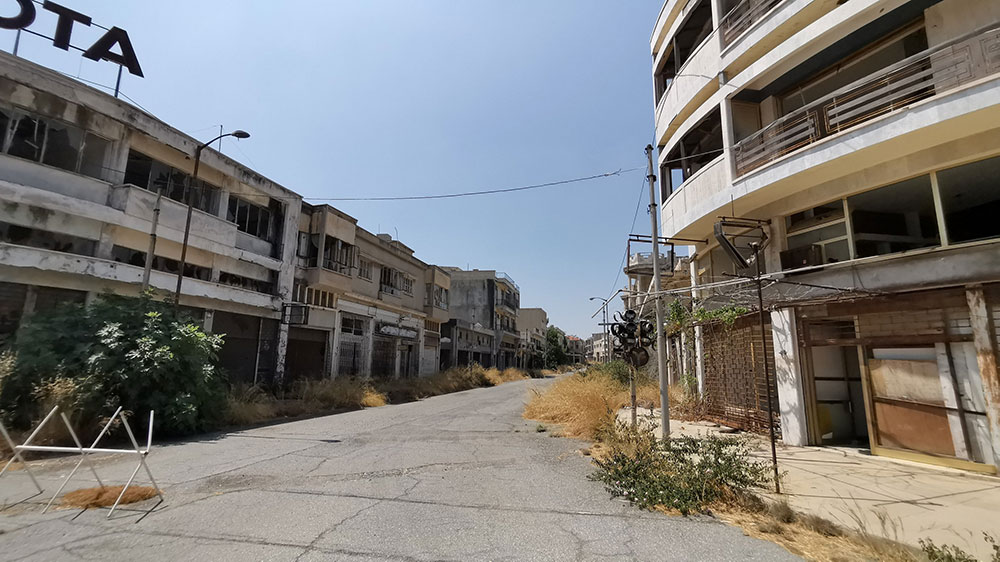 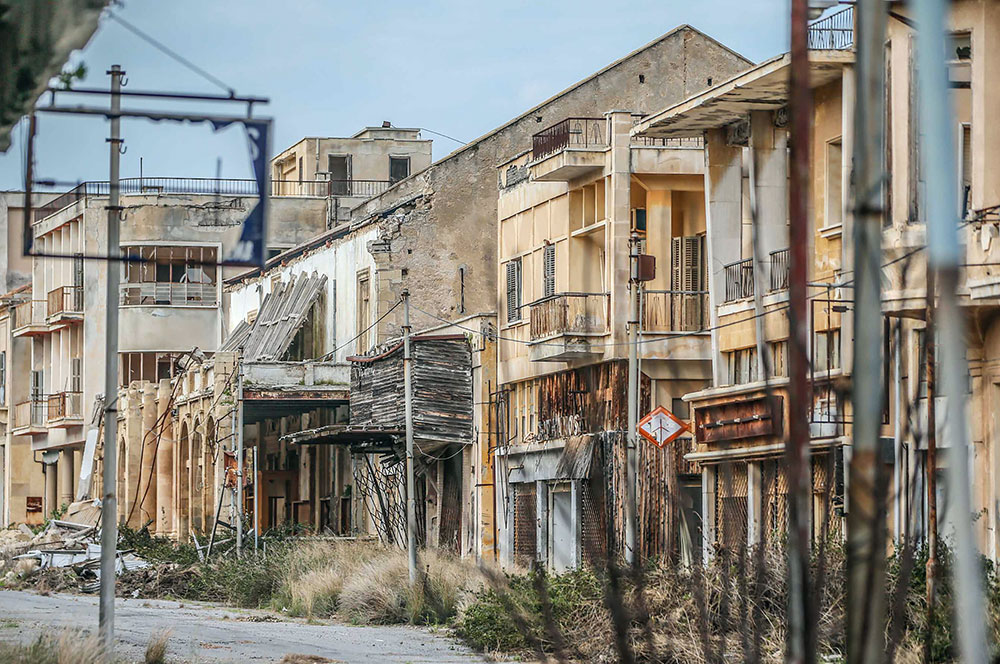 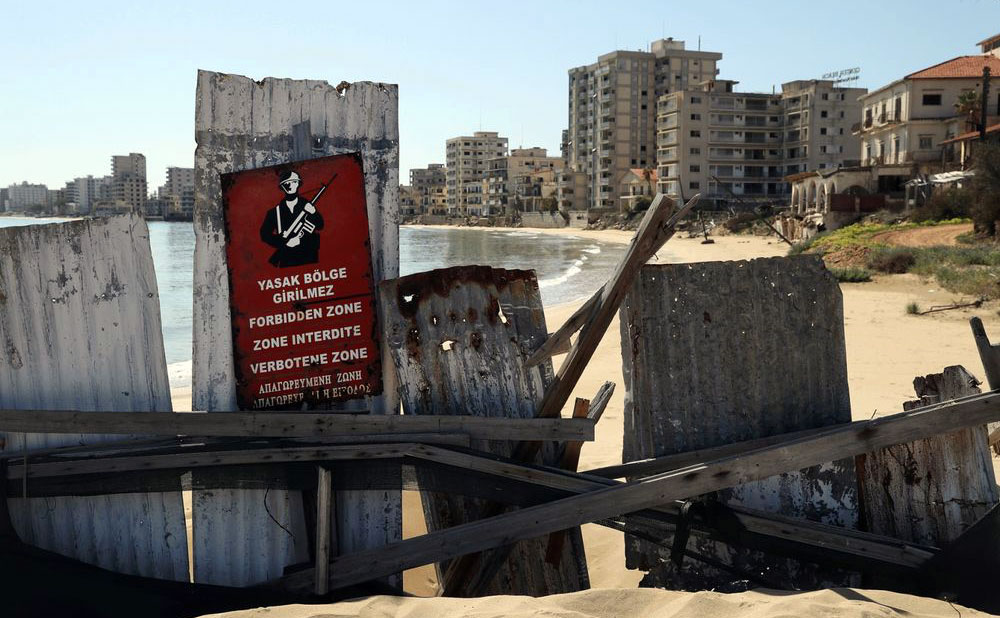 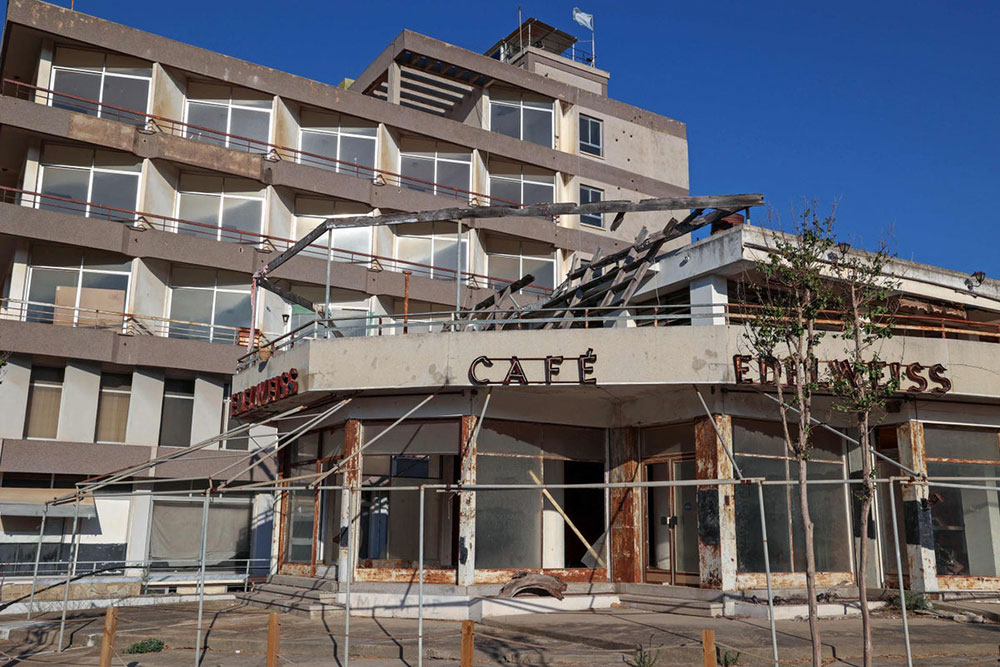 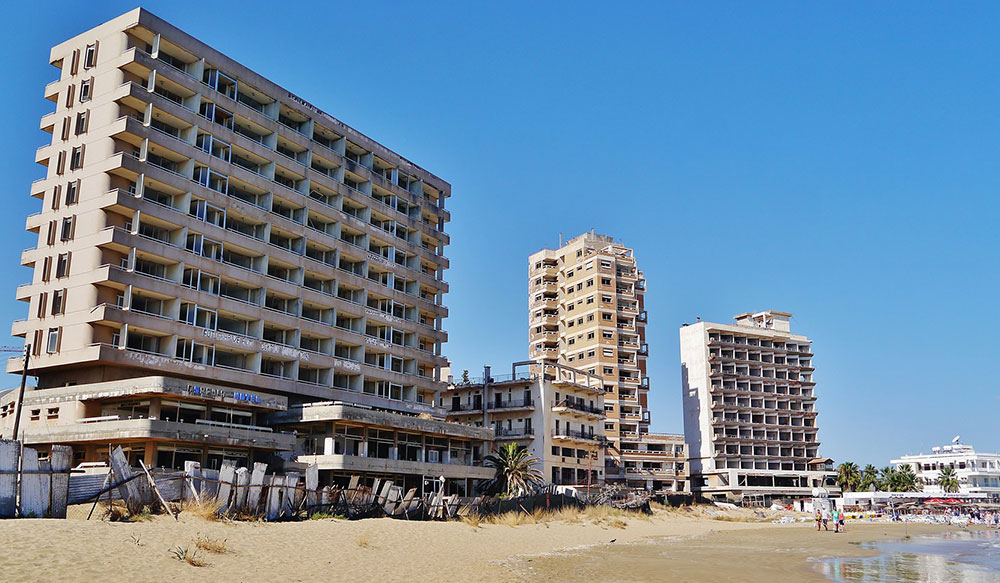 Walked back to the walled city and stopped by a restaurant for dinner. Most of the ancient sights in Famagusta old town are lit up in the night and temperatures are cool to walk around.