Nicosia remains the only divided capital city in the world, with the southern side, called Lefkosia, in Republic of Cyprus. And the northern side, called Lefkoşa (pronounced Lefkosha) in Turkish Republic of North Cyprus. There is a UN-monitored buffer zone that passes through the pedestrian-only Ledras street. This is where most people cross between the two ‘countries’.

After crossing the border into the north side, I stayed at TasEV, just 700m north-west from Ledras street crossing in the old town. The breakfast at the hotel was spectacular and filling.

The plan was to do a self walking tour of the north side of Nicosia, and then head over to Girne later in the day.

The wiggling alleyways of the Old City feels like dropping into an earlier era. The main street, Arasta Sokak, is a brushed-up modern-day bazar selling anything and everything. Prayer echoes throughout the day and remnants of war can be seen close to the UN-monitored buffer zone. Lefkoşa offers a unique blend of Cypriot, Turkish, Italian, and other cuisines. Food and transportation is cheap compared to the south side of the border.

This tour takes about 3 hours within a shirt distance of about 4km. A lot of sights to explore and museums to visit. But most of the museums and galleries were closed due to the Covid-19 pandemic at the time of writing.

This is the list of sights in the walking tour: 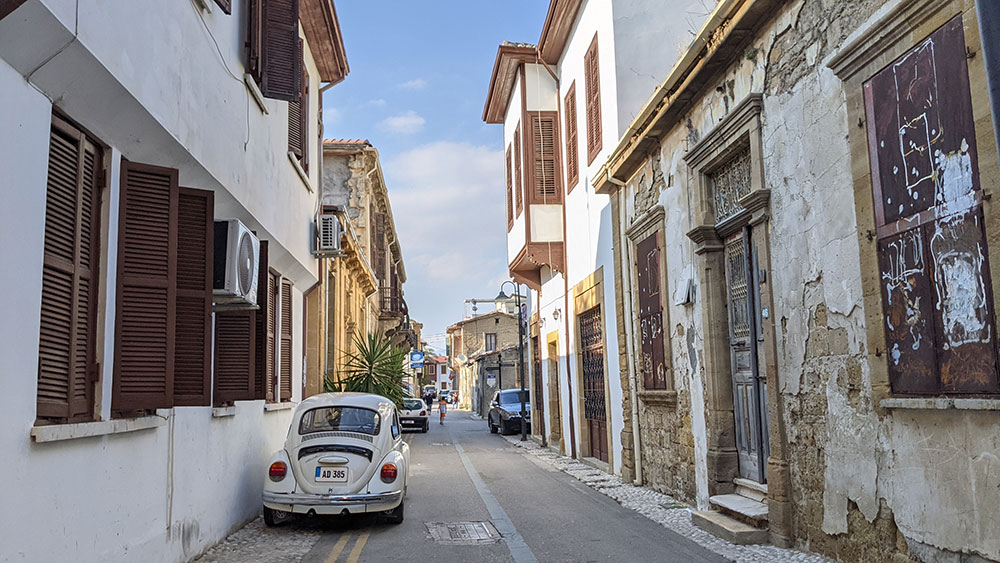 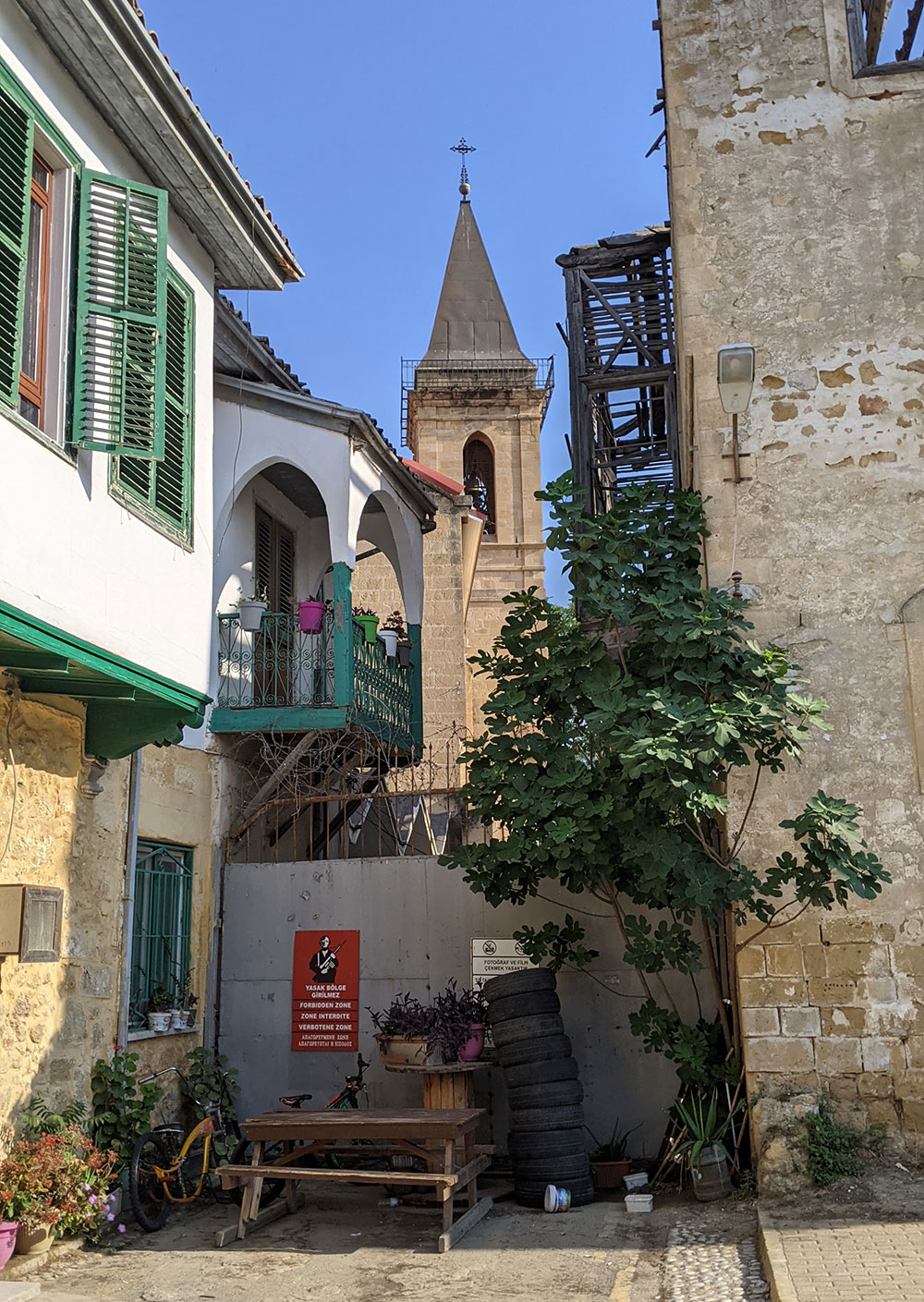 [Mosque behind the UN-monitored buffer zone in Lefkoşa] 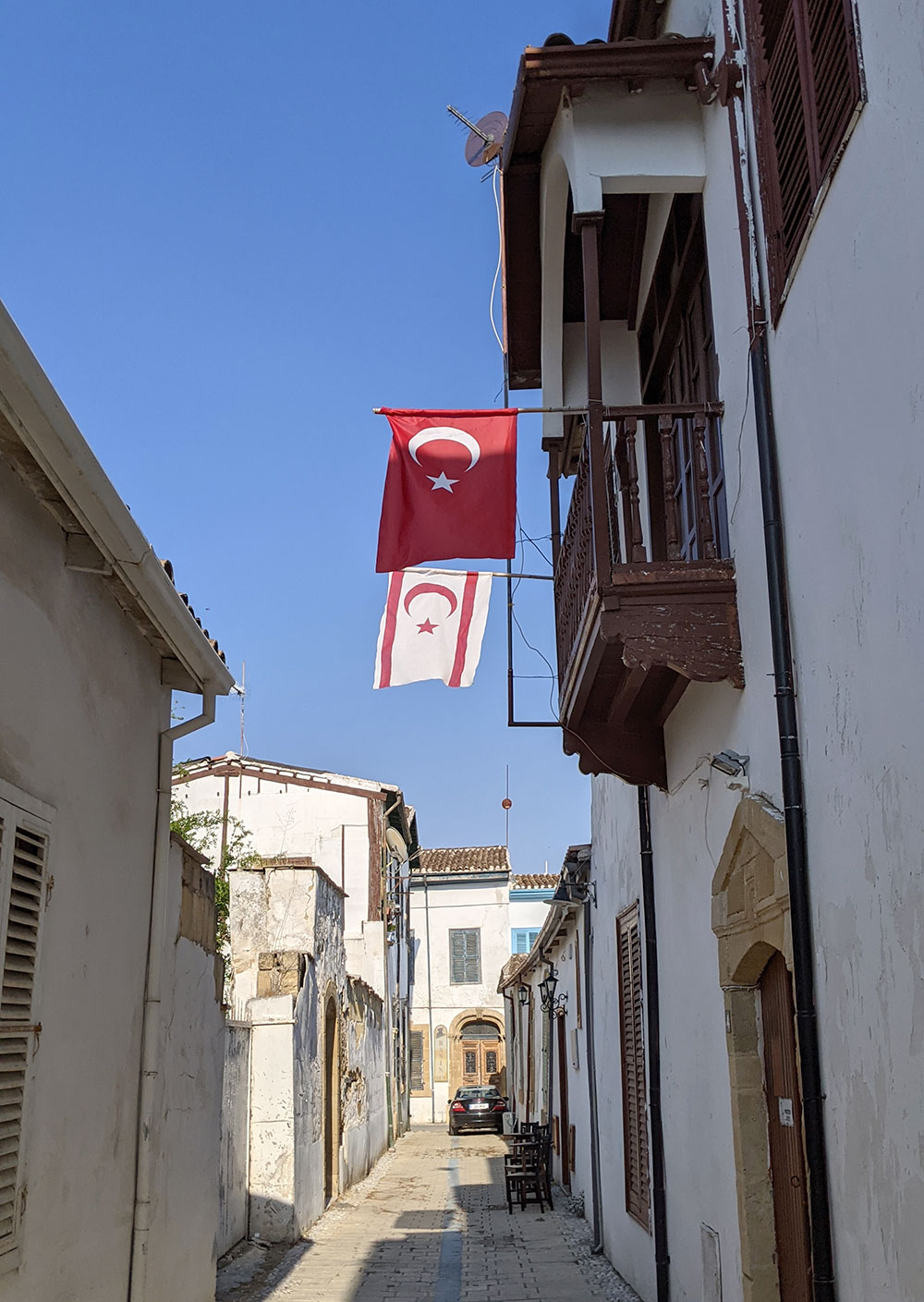 [Alleyway in Lefkoşa with Turkish and Northern Cyprus flags] 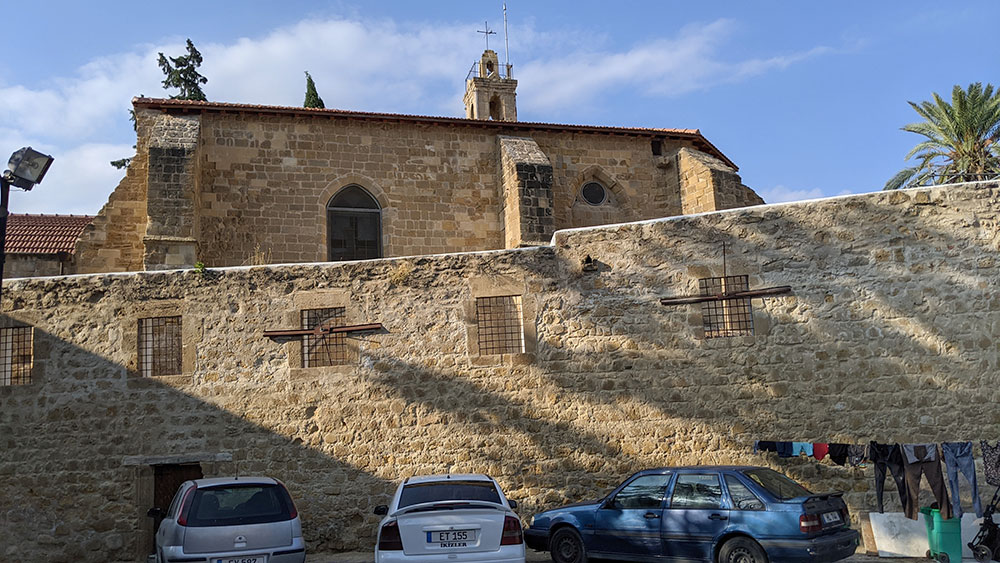 [Armenian Church of Our Lady of Tire] 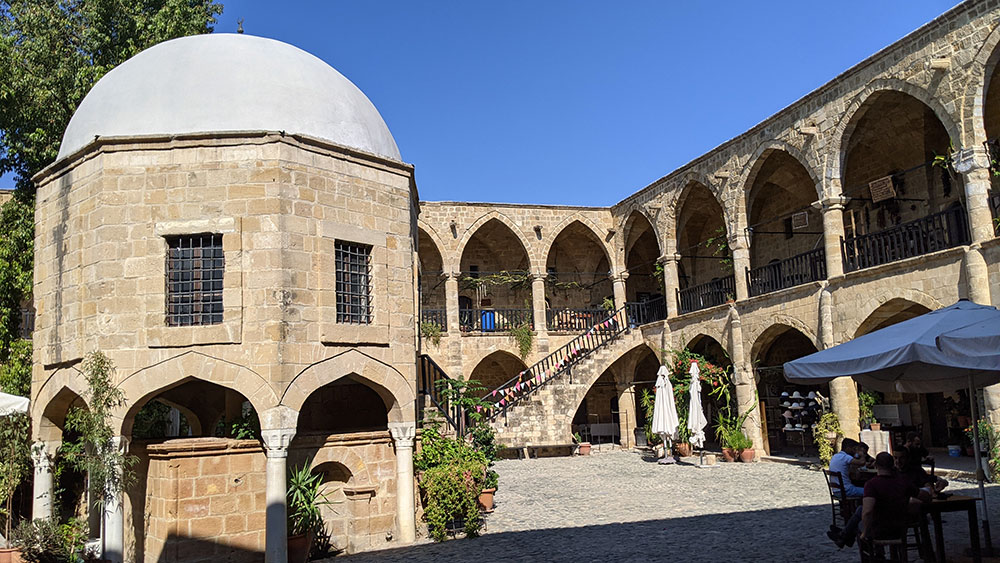 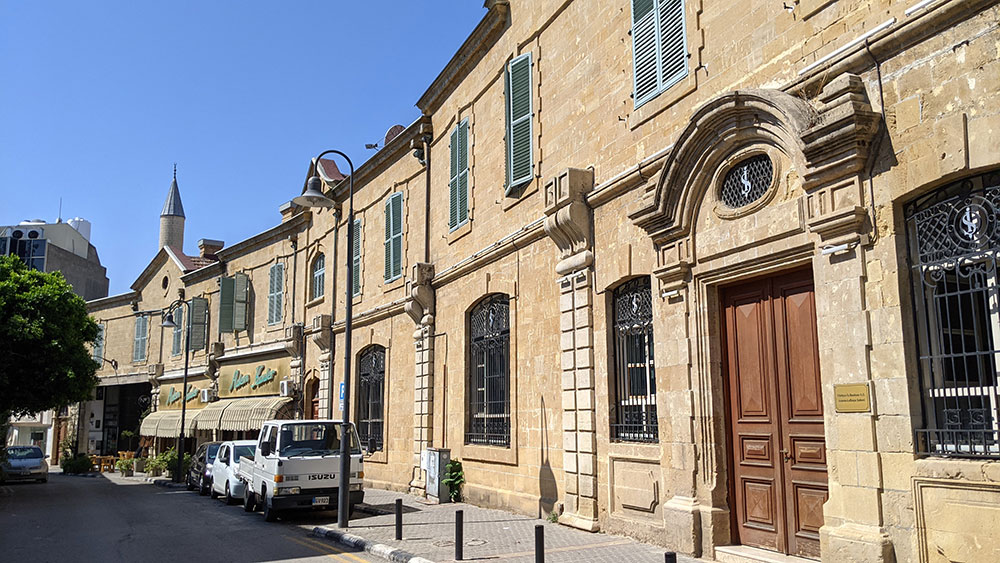 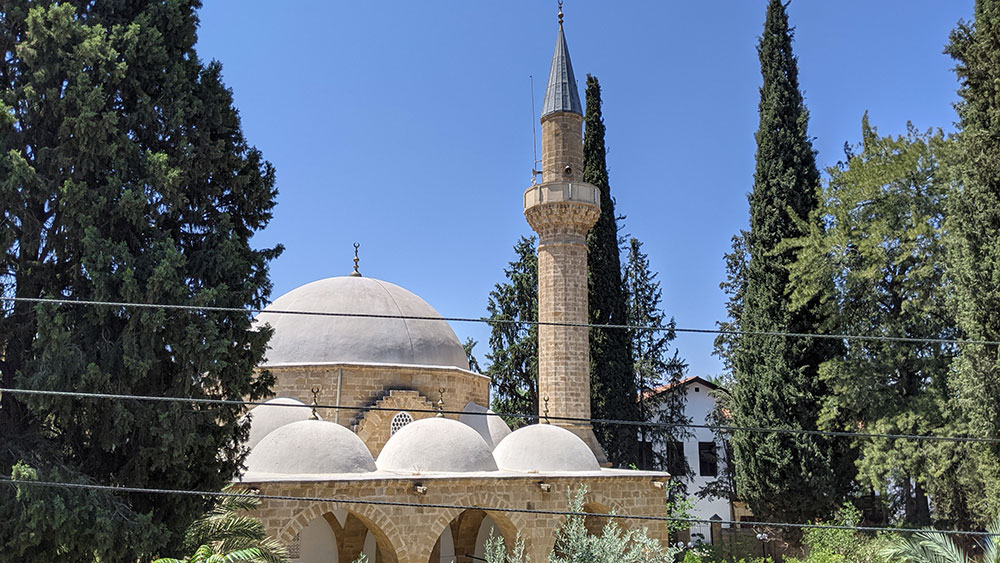 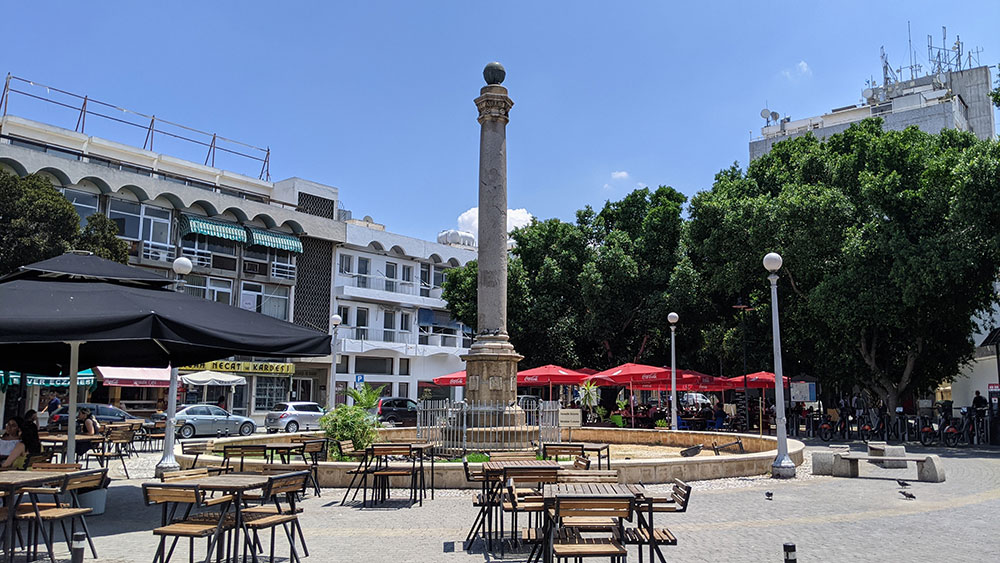 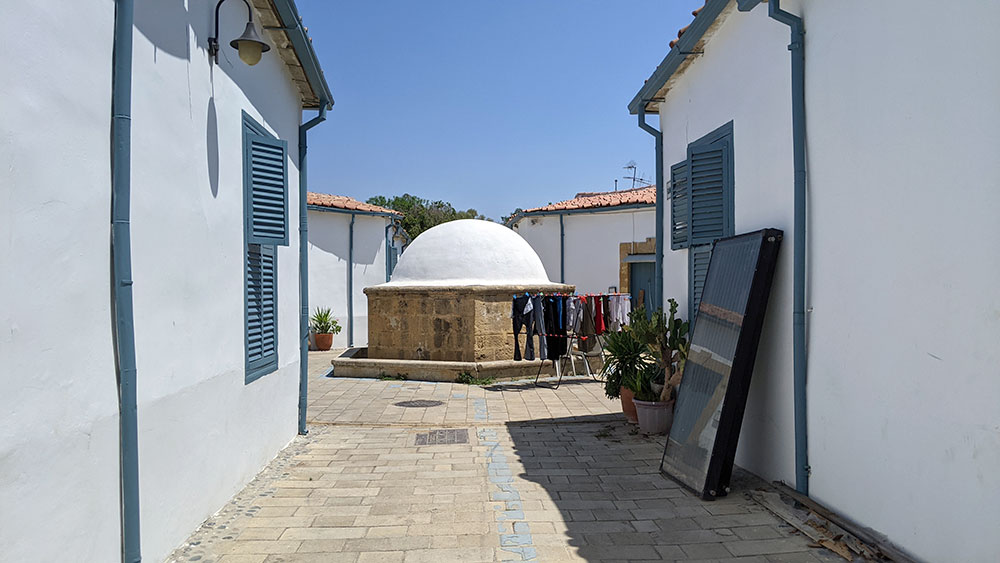 Walking around the town can be draining, especially in the heat, so I navigated back to the center of old town for lunch. And then to the hotel for some rest-time.

Regular 30-seater mini-buses and dolmuş (shared 15-seater mini-buses) leave from Girne gate in Lefkoşa, taking about 1 hour to reach Girne (Kyrenia). Although rates are posted in the bus, they can vary depending on the driver and the day you’re traveling on (weekends are charged more!) I paid TRY 15 from Lefkoşa to Girne.

On the way to Girne, notice the massive Northern Cyprus flag displayed on Mount Pentadaktylos. This mountain lies just across the “Green Line” from the Greek capital of Nicosia, and in the 1980s, a group of patriotic Turks used white stones to mark out a giant version of the Northern Cyprus flag on the side of the mountain. If you want to see the giant flag up close and personal, it’s a two-hour bike ride from the border to the village of Kaynakköy, and then a 40-minute hike up the hillside.

You can see this flag from the south side, as well as from space! 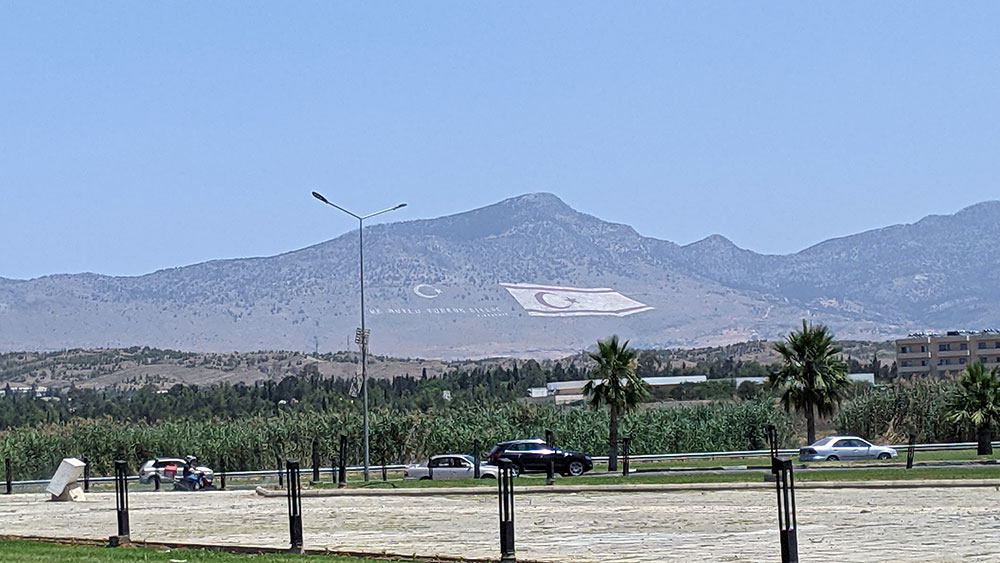 The buses drop you right in the center of old town in Girne. My hotel was about 10-minutes walk from the ‘bus station’ in Girne. After checking-in, and a quick nap, I headed out to the harbor for an amazing sunset, and then dinner before calling it a night.

The harbor of Girne is lined up with amazing cafes and restaurants serving variety of cuisines with a spectacular backdrop of colonial-era architecture. 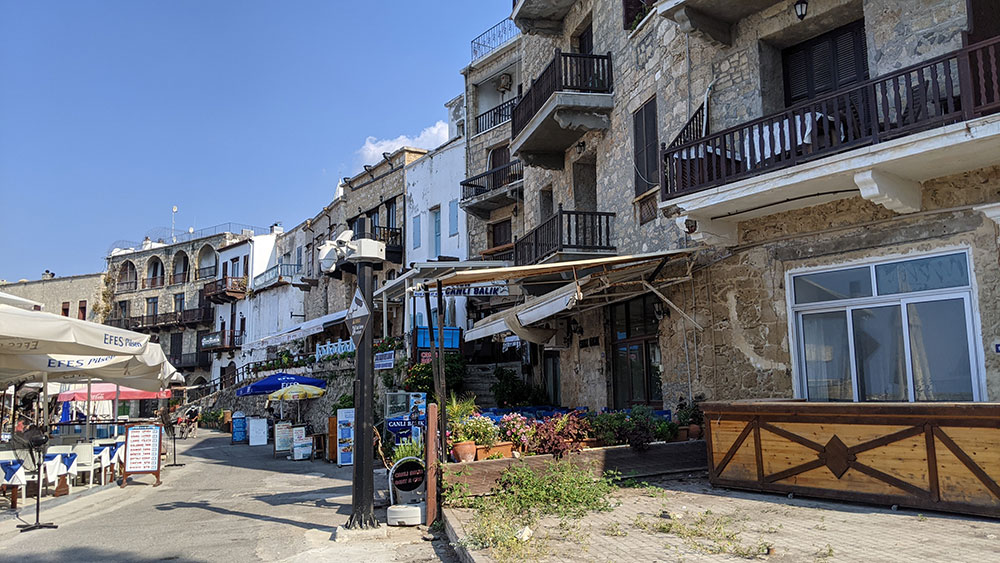 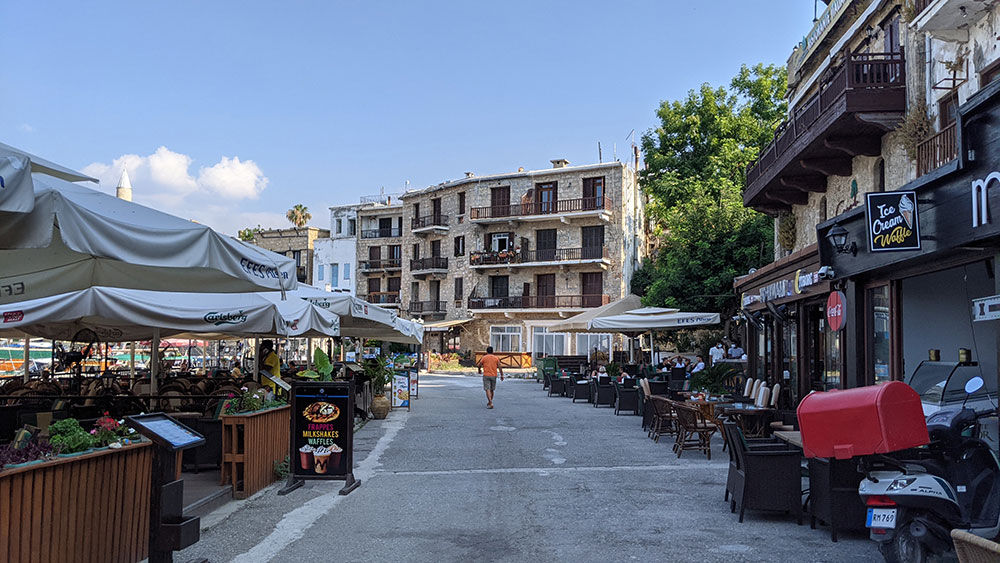 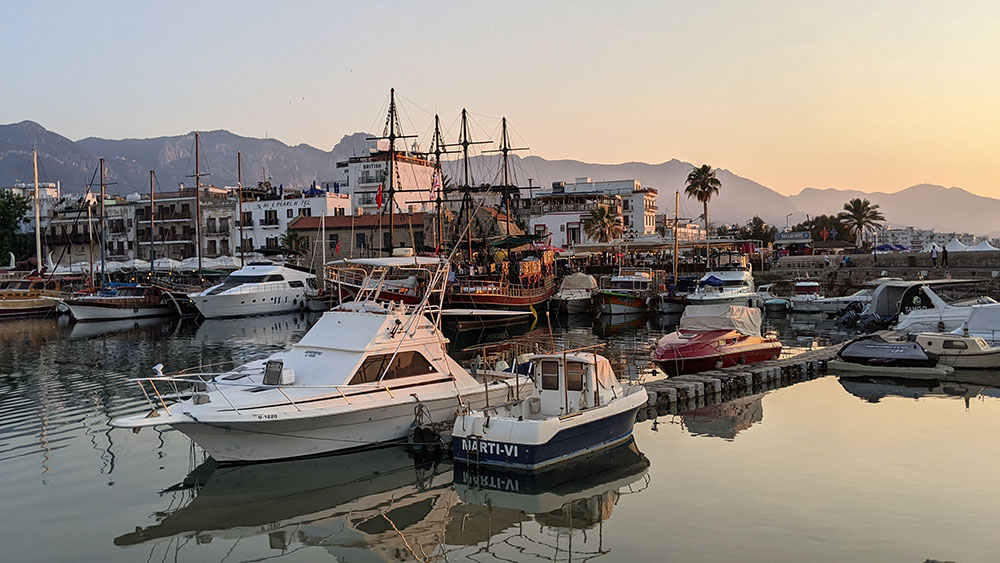 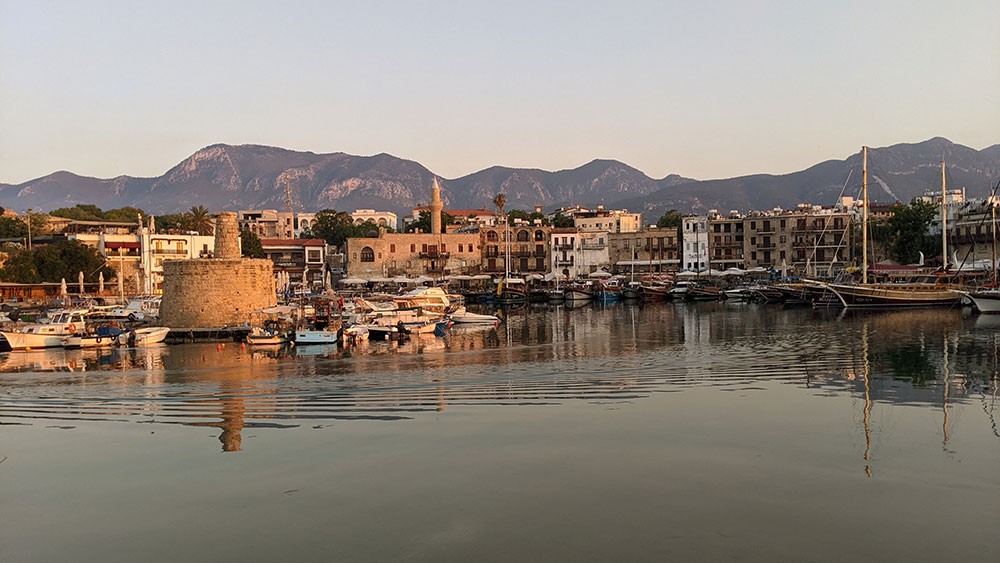 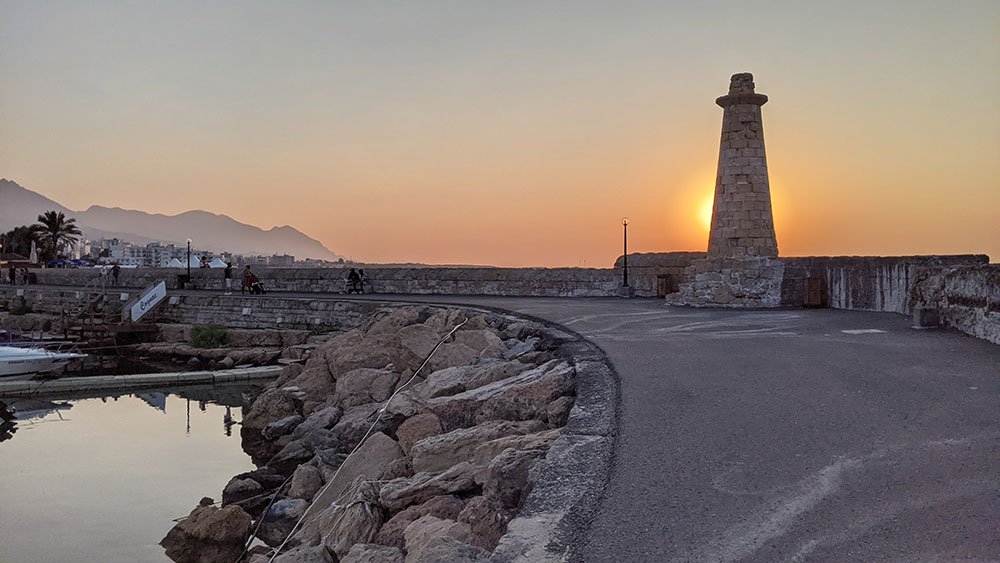