Waking up early at the hotel, I ventured out to get some breakfast, but it was a national holiday in Cyprus so everything was closed. And as per my hotel reception later, nothing would either open up, or will won’t open until late! Wandered the streets of Limassol looking for at least a coffee, and was almost back to hotel, when I found this cafe opening – breakfast ahoy!

Today was going to be a long day driving around the mountains of central Cyprus. Known for their charming villages with folk architecture and cobbled streets, there are several villages along the way that offer a lot.

This was my route for the rest of the day:

First stop after reaching the mountain communities was Omodos – a popular destination for day-trippers from the coastal cities, Omodos has a cobbled charm and home to great restaurants, quirky museum and the Timiou Stavrou Monastery located in the center of this village.

The parish church in the center of the Monastery was originally built around 1150, this is a beautiful place to start your tour of Omodos. 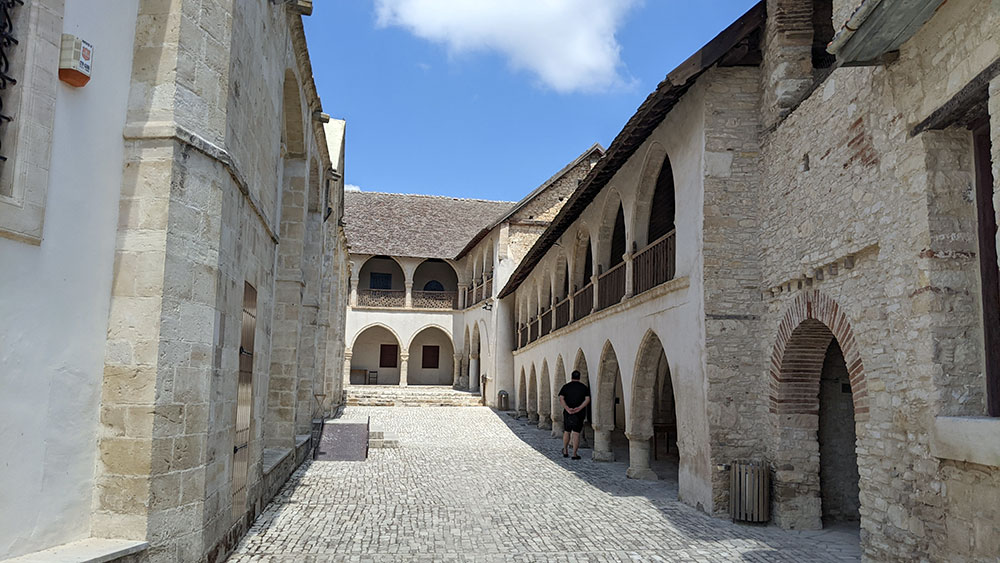 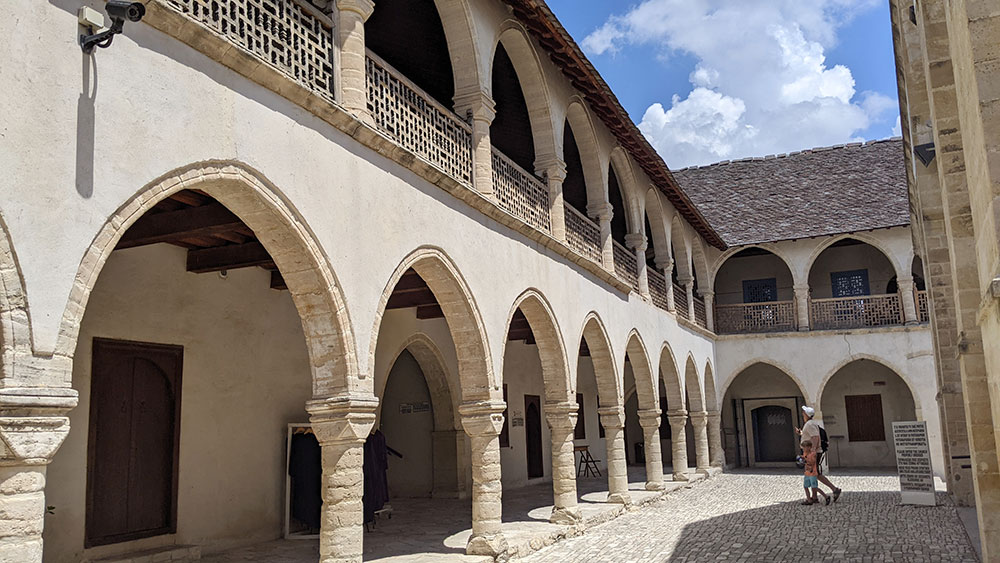 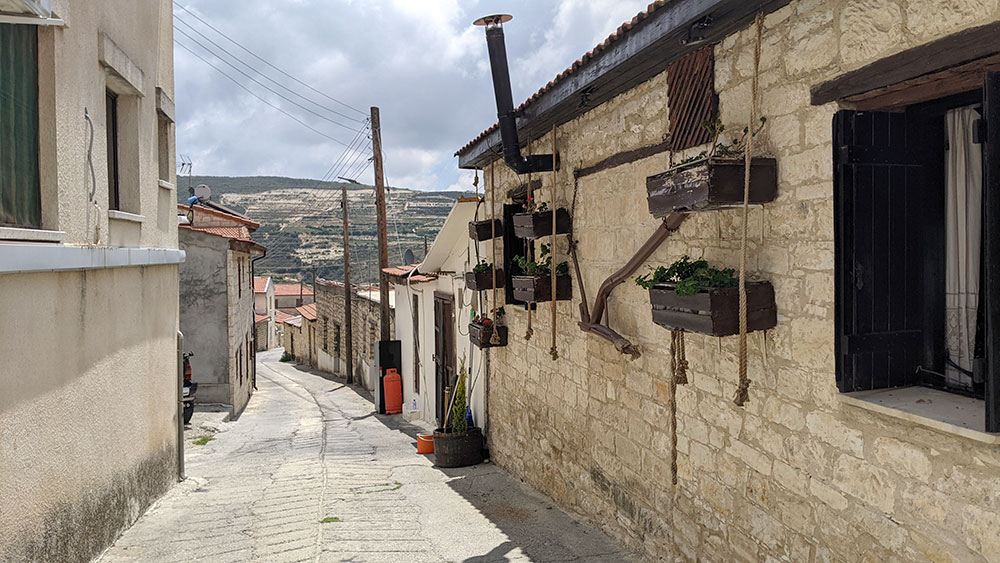 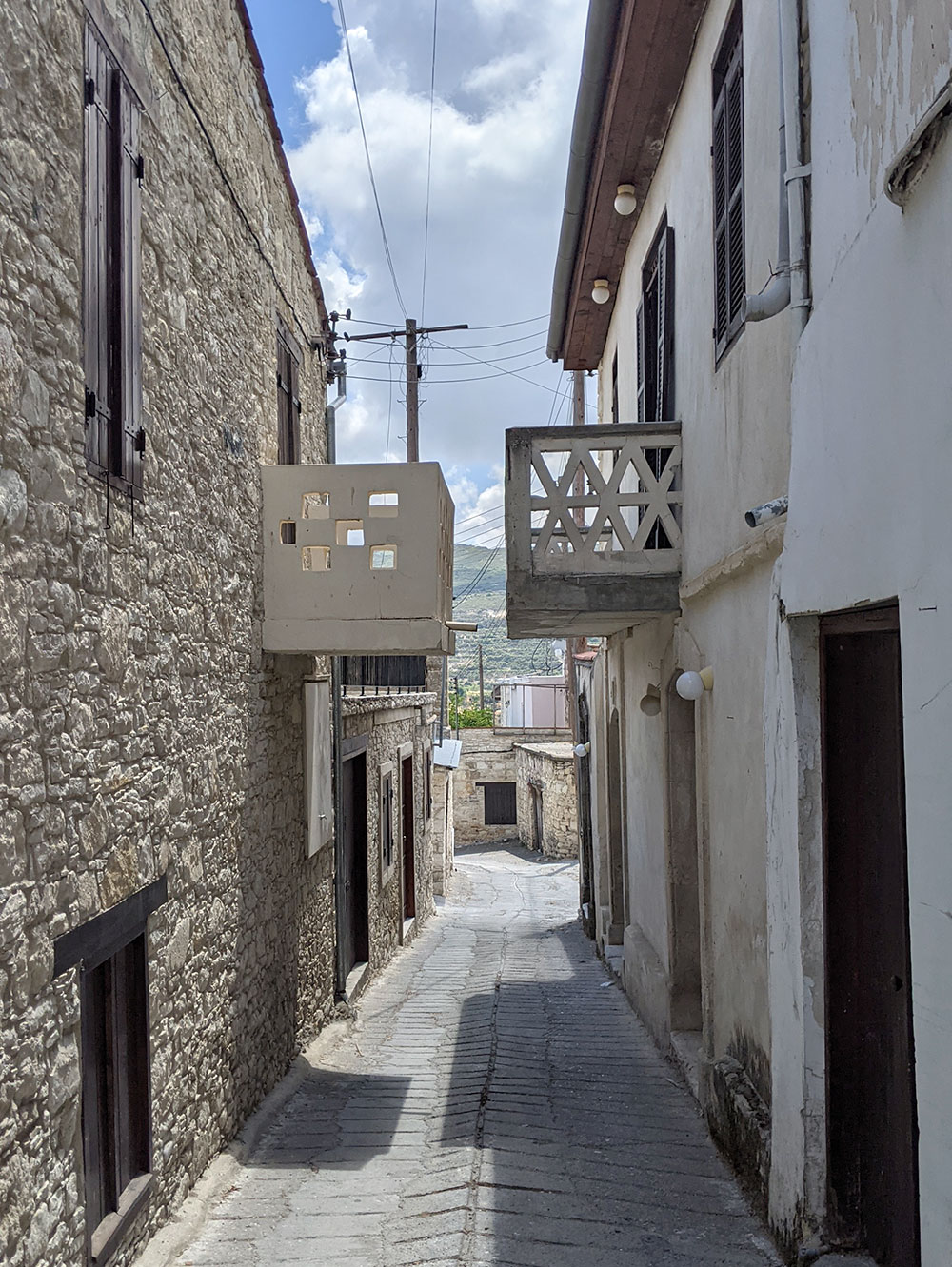 From Omodos, the next stop is Plano Platres, or just Platres – a popular health retreat during the British colonial time, it was cold and misty offering a much-needed relief from the peak-June heat of Cyprus. Platres is well-known for the chocolate factory which was closed because of Covid-19, but you can pick up scrumptious home-made chocolates at many shops in this village located at 1200m.

On the way from Platres to the Troodista Monstery, I stopped at the 3km long hiking trail leading up to Kaledonia Waterfalls – a 15m drop of cascading water from an immense gabbro-rock precipice. It takes about 2 hours round-trip on this easy and relaxing hike along the well-shaded and well-marked trail. 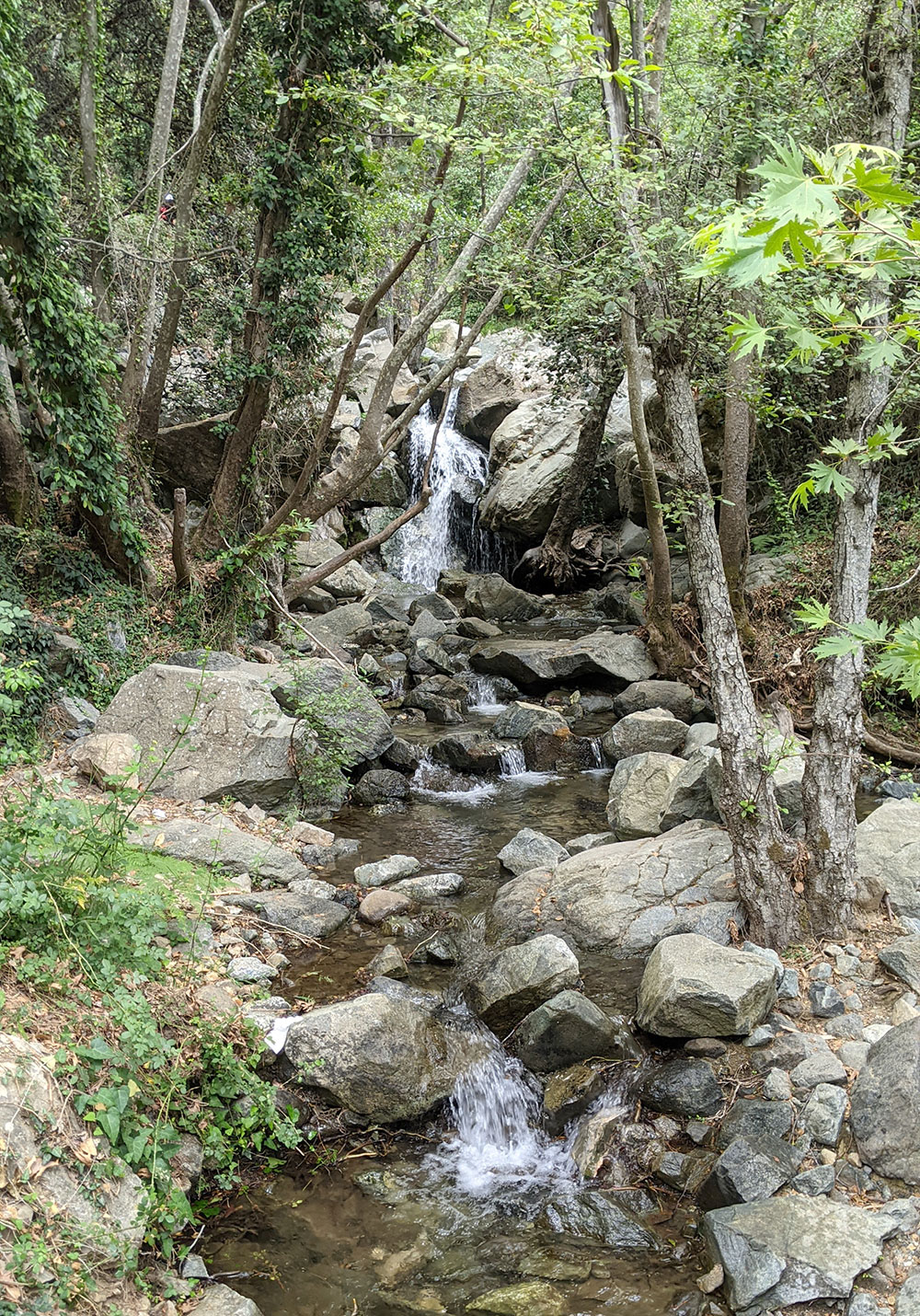 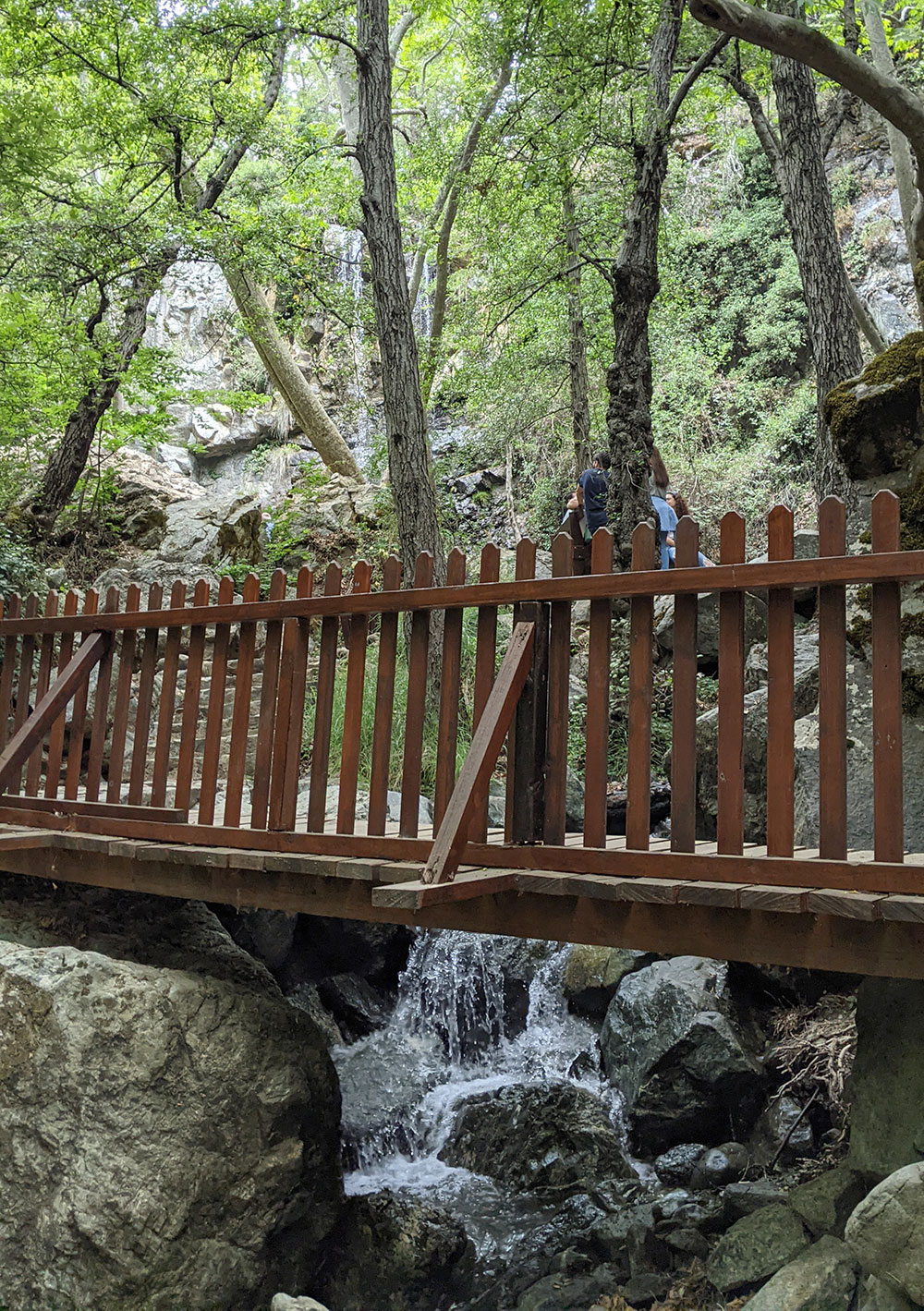 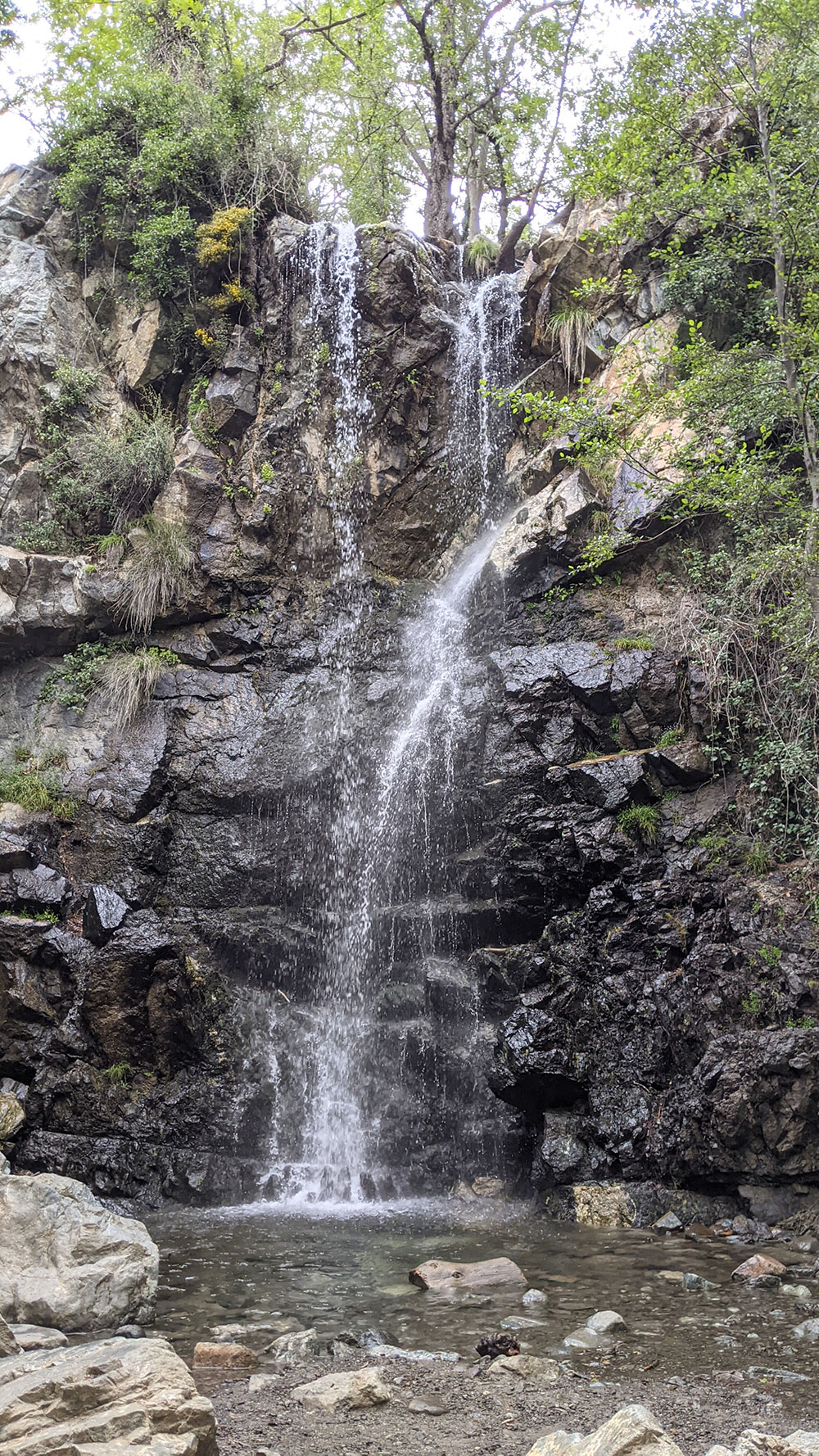 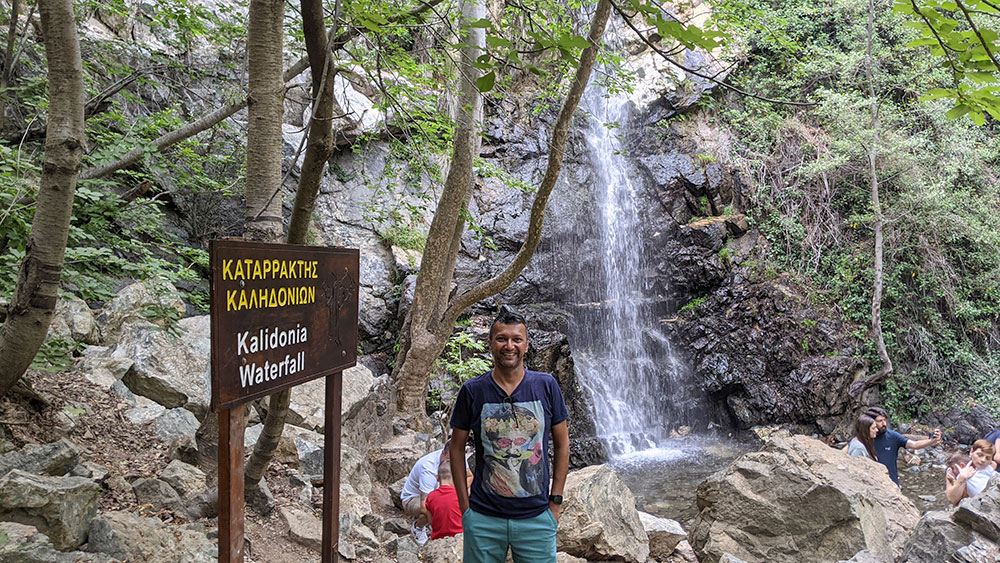 Next up along the winding roads of mountains is the Troodista Monastery – founded after the discovery of priceless silver-shaped icon of the Virgin that was brought from Asia, this Monastery’s existing church has some spectacular paintings and ornaments. 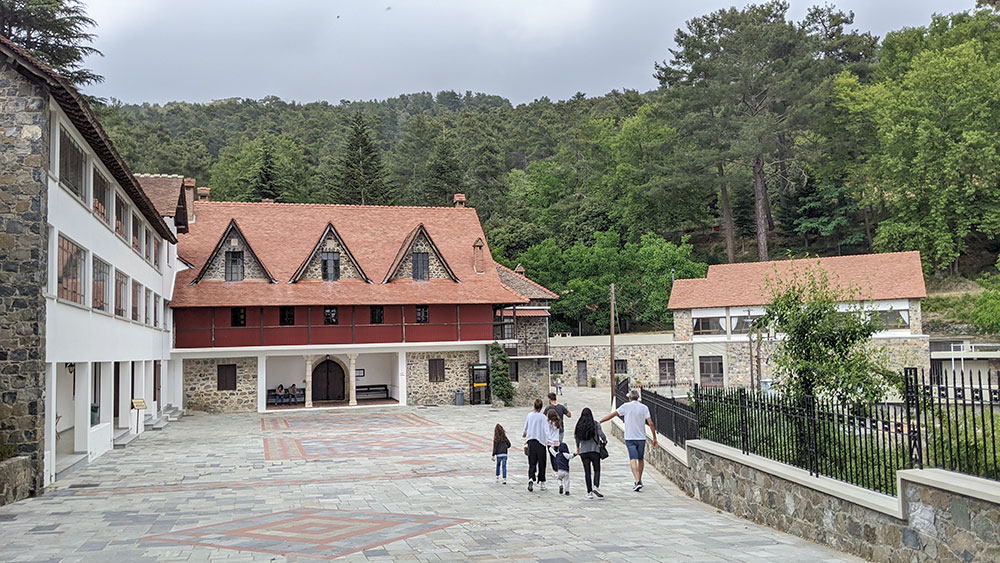 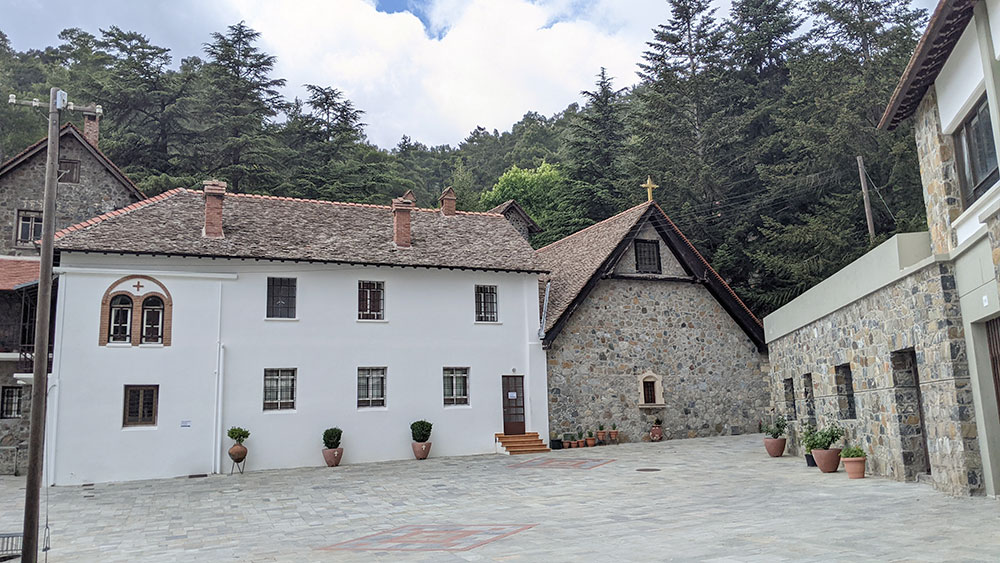 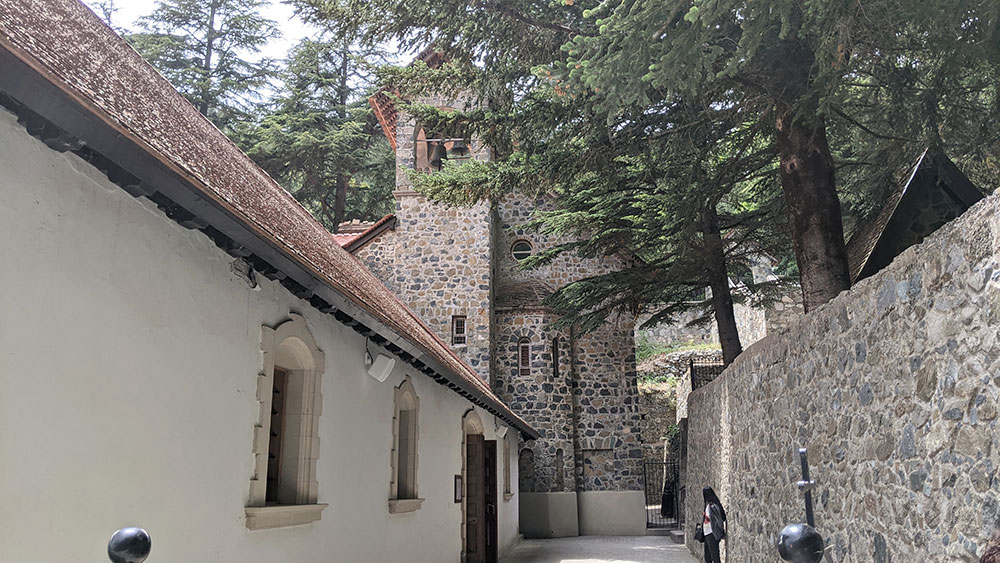 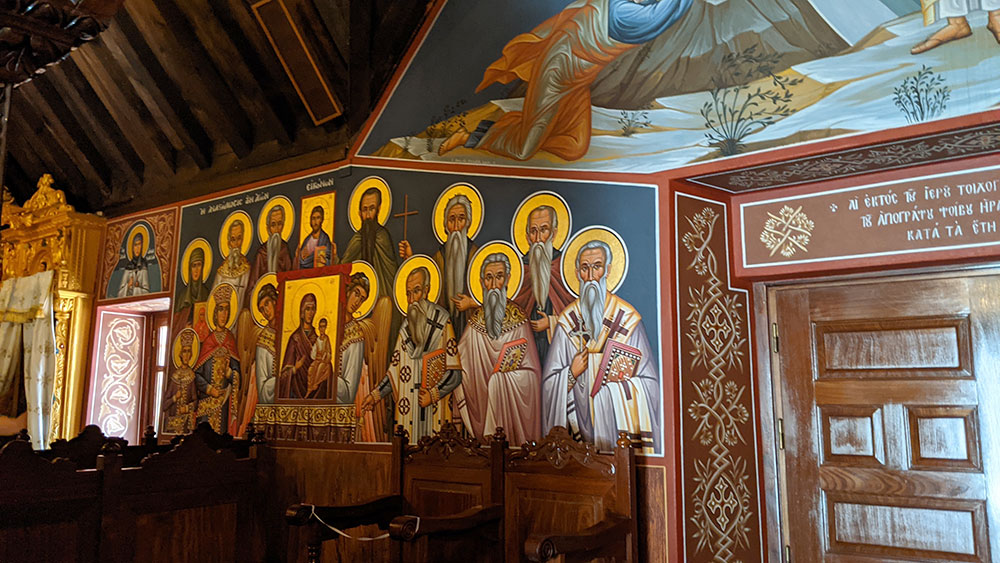 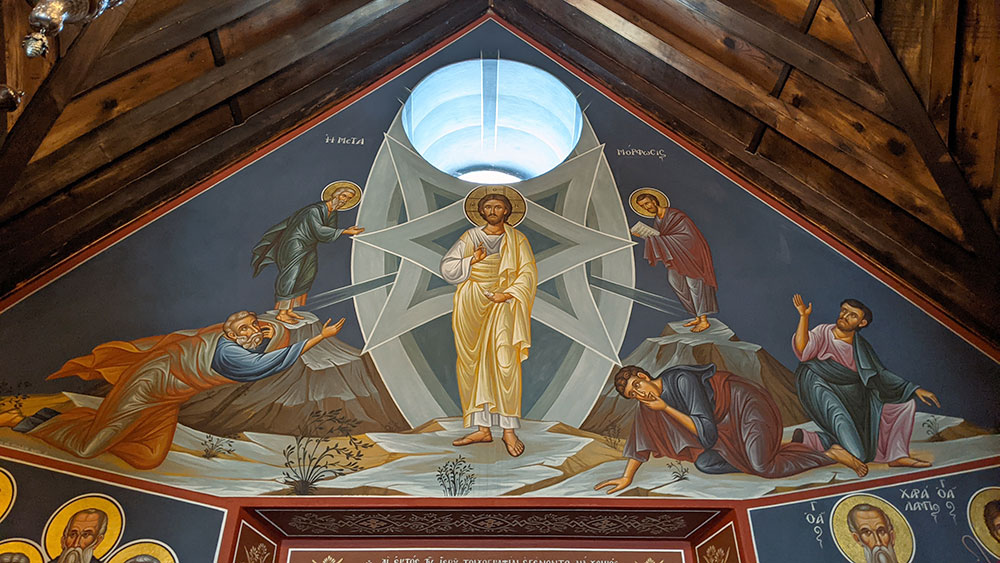 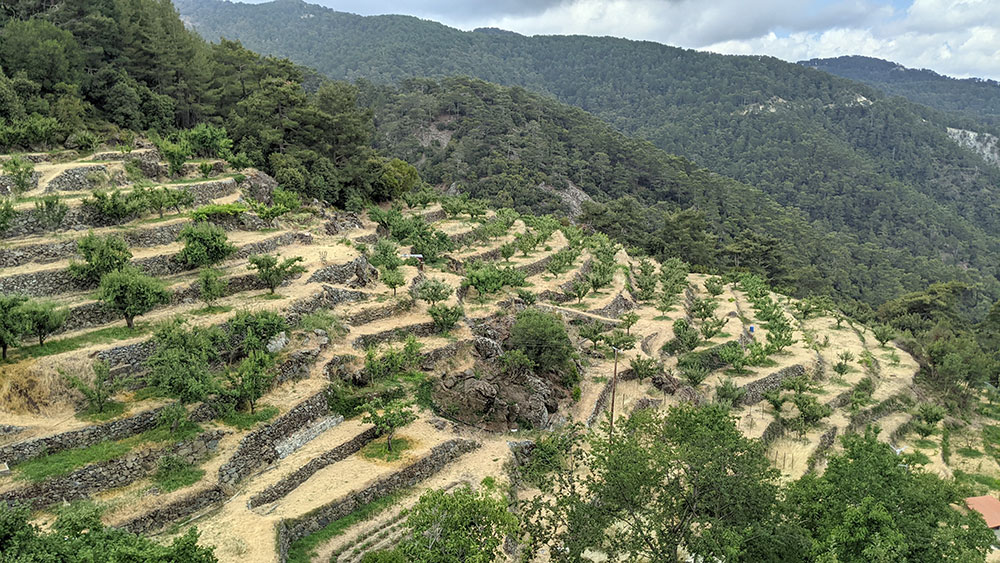 Continuing along the mountain road, I passed along the shaded Kampi tou Kalogyrou amongst the pine trees, which is a great place to camp and this is where I stopped to eat my pre-packed sandwiches for lunch. From here, I continued to Cyprus’ highest village surrounded by lush orchards with apple, peach, plum and almond trees – Prodomos. 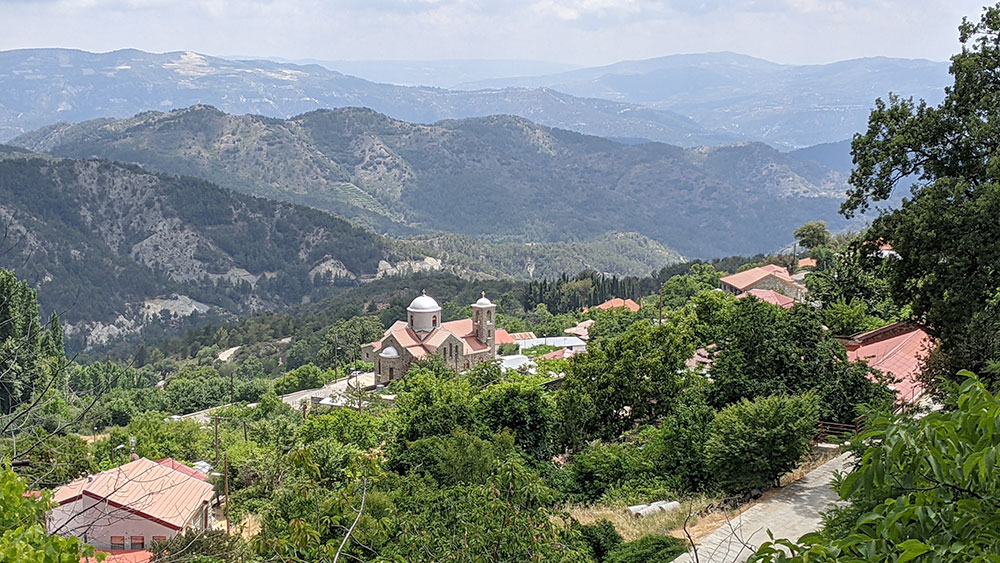 A quick drive through the narrow alleyways of this town and a detour of about 30km brought me to the spectacular Kykkos Monastery – the islands most prosperous and opulent Orthodox monastery. Founded in around 11th century, a series of fires over the centuries has destroyed almost the original monastery. The surviving building dates back from 1831. 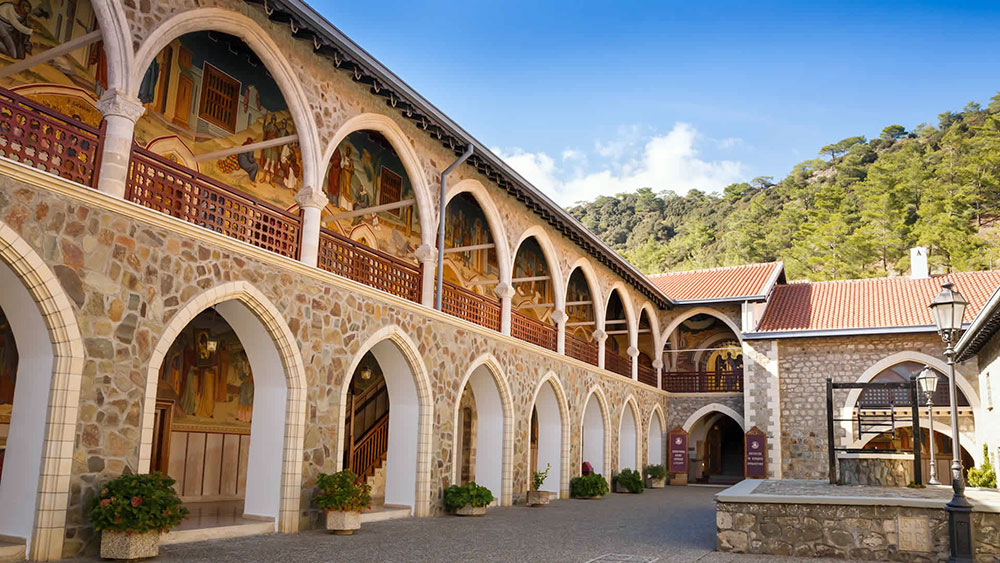 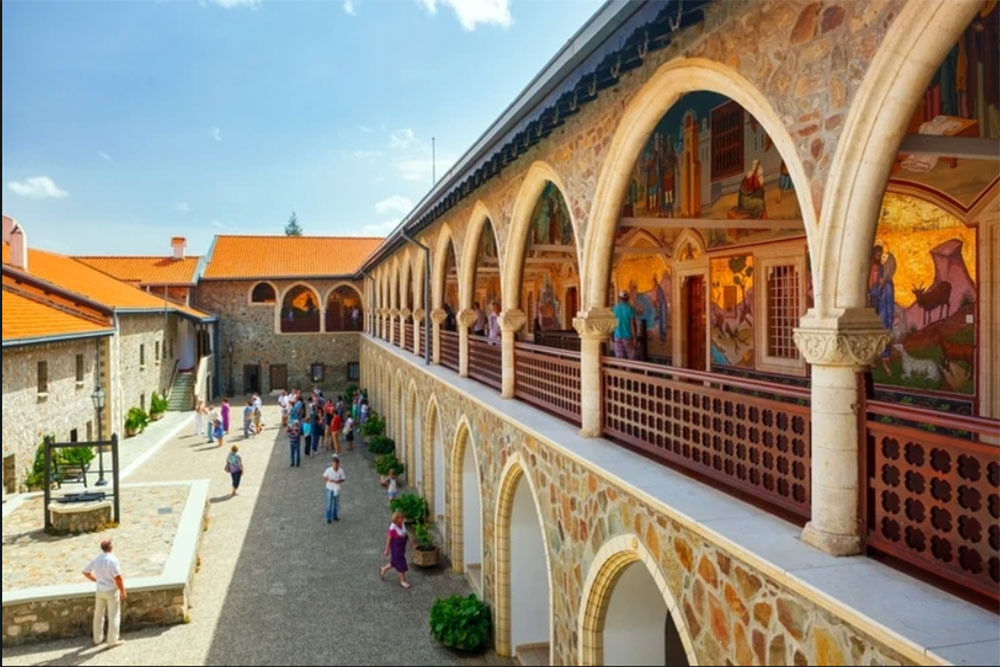 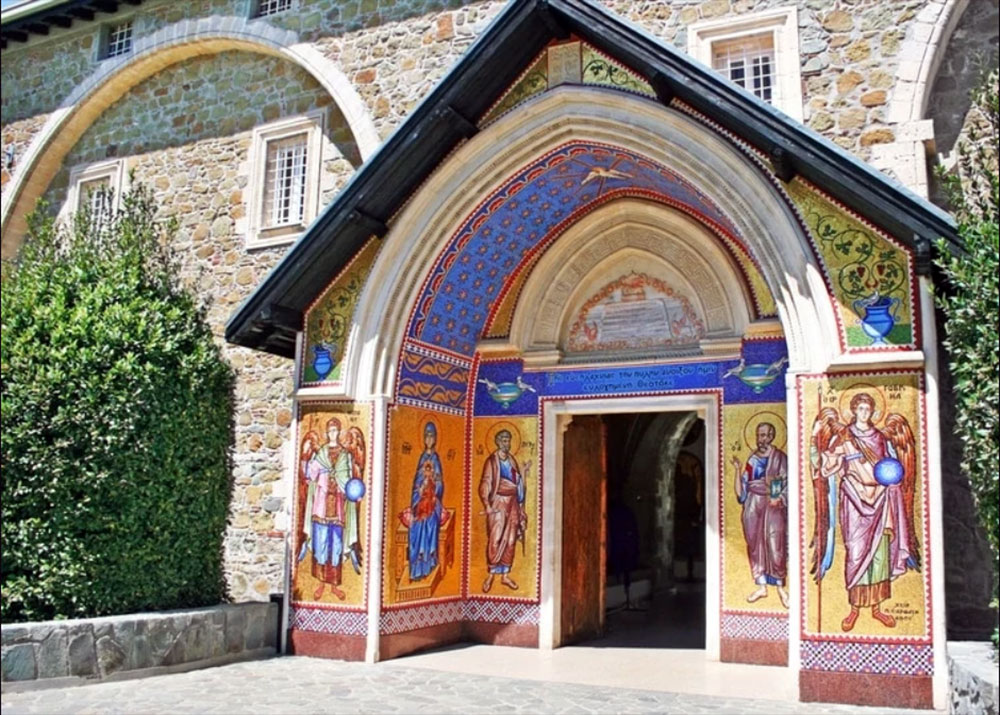 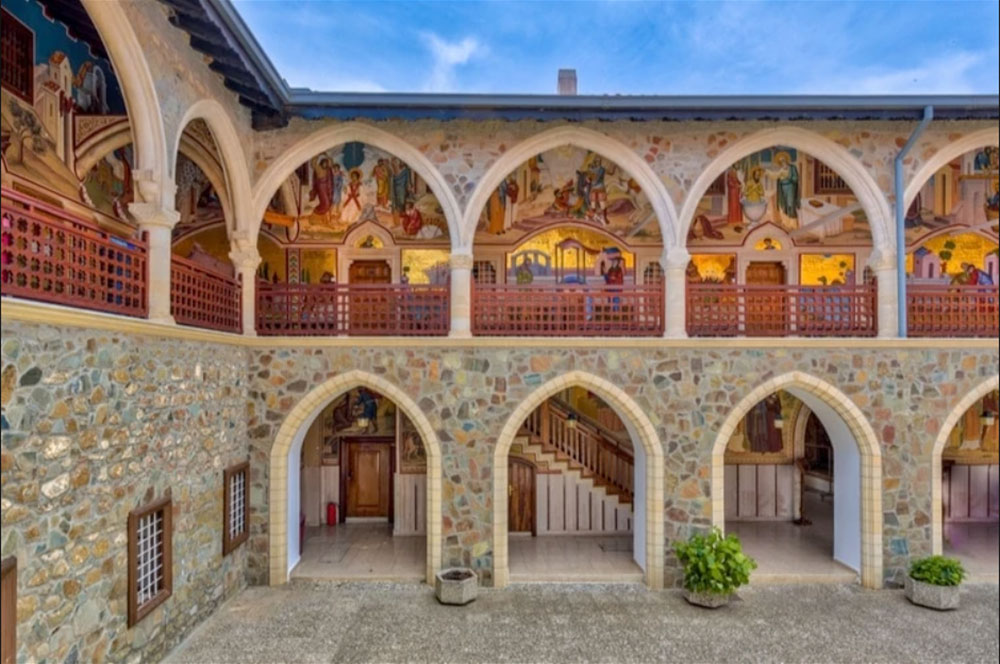 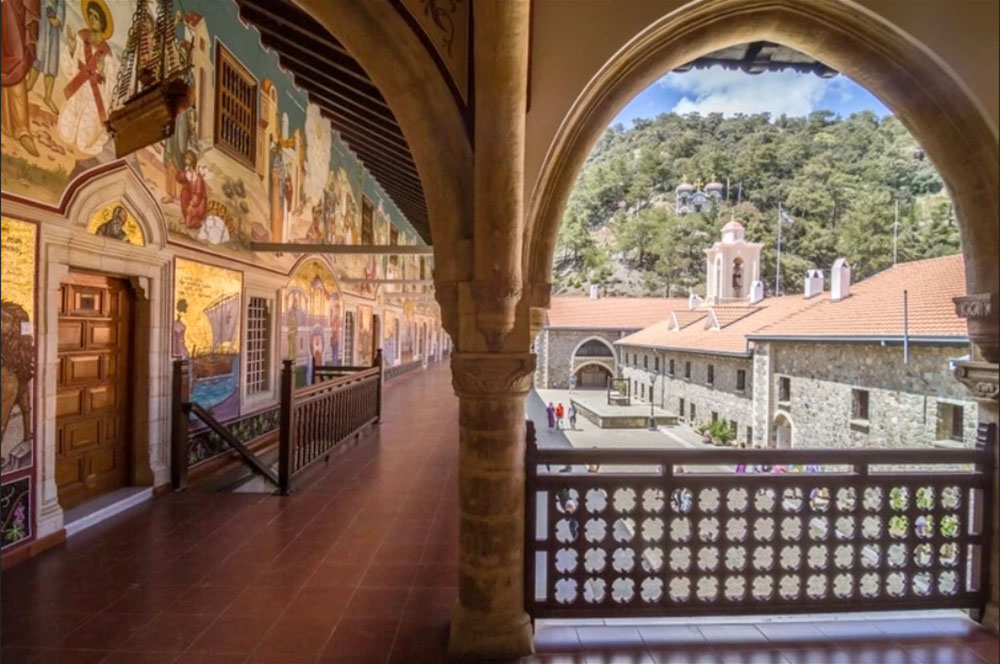 Winding south from here, I stopped by the tiny village of Paliomylos, whose small church dates back from 17th century. And onward to Agios Dimitrios, another Byzantine period village.

Last stop on the Troodos Mountains was Fioni, which is a great place for loukoumades that is similar to Turkish delight but flavored with bergamot rather than rose water. This village is also well-known for its handmade pottery and pitharia. Although I was looking forward to having a meal at Neraida restaurant which is highly recommended by a friend, it was closed at the time!

Wineries in Troodos villages
The sleepy villages of Troodos Mountains has a lot of wineries along the way offering Commandaria that has been fermented in the mountains since the Byzantine times. If you love your wines, then Tsiakkas winery, Kyperounda winery and others in the village of Agros are to look out for!

From here, I made my way further south along the coast to my destination of the day – Paphos.