It was Sunday morning, and being a long weekend in Cyprus (next day was ‘Whit Monday’), most of the town was quiet and closed early morning. Finding a breakfast place is rare on Sunday mornings, so after wandering around the old town center for a while, I ended up at a cafe (perhaps the only one open!) right next to my hotel!

The plan was to spend the rest of the day visiting the British-occupied Akrotiri peninsula, making my way to the Kolossi castle and ending the day at Aphrodite beach, before heading back to Limassol. This was my driving-route for the day:

But before getting on the road, I spent some time walking along the promenade of Limassol. By around 9am, the corniche was packed with families spending early morning cool, before it hits 30C-plus by mid-day! 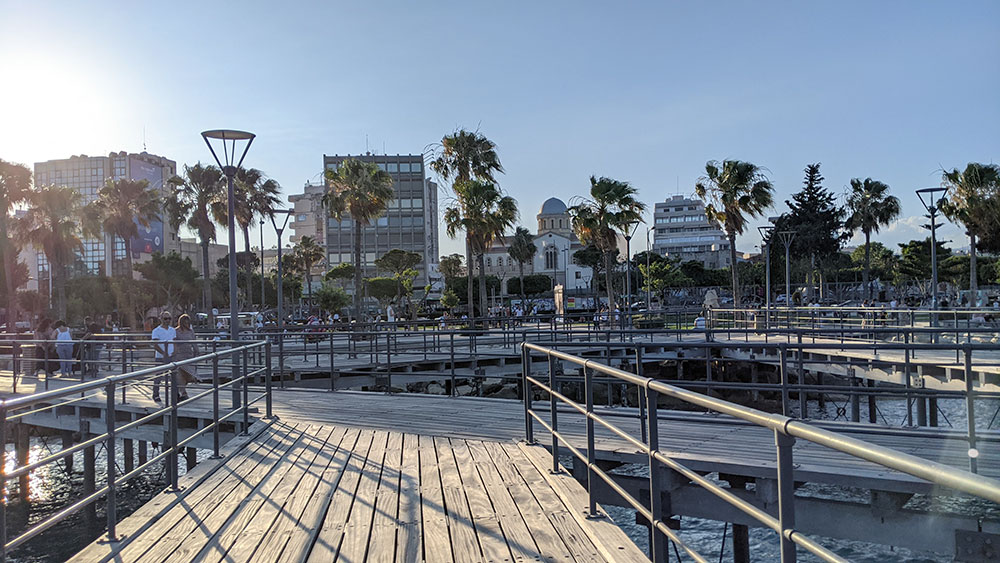 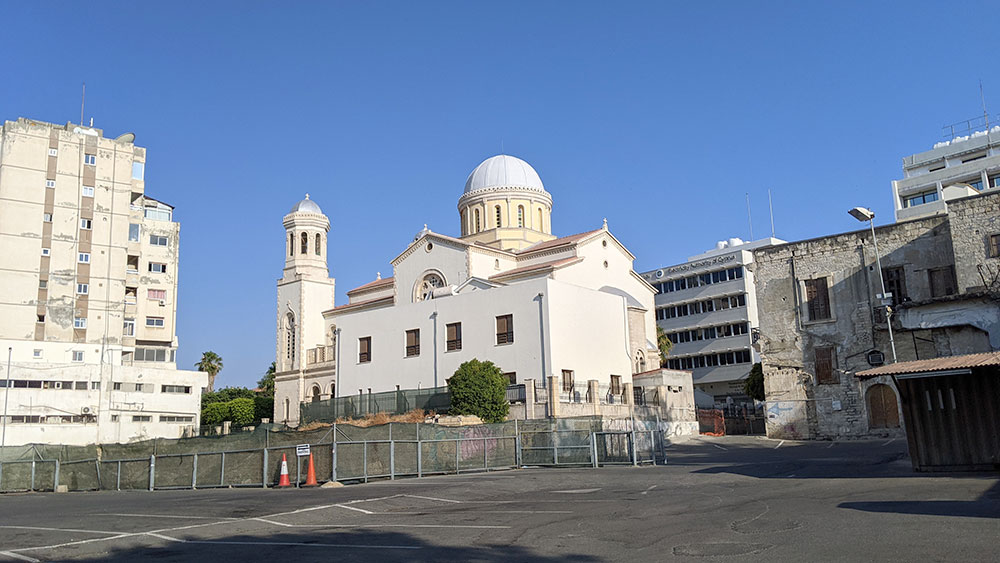 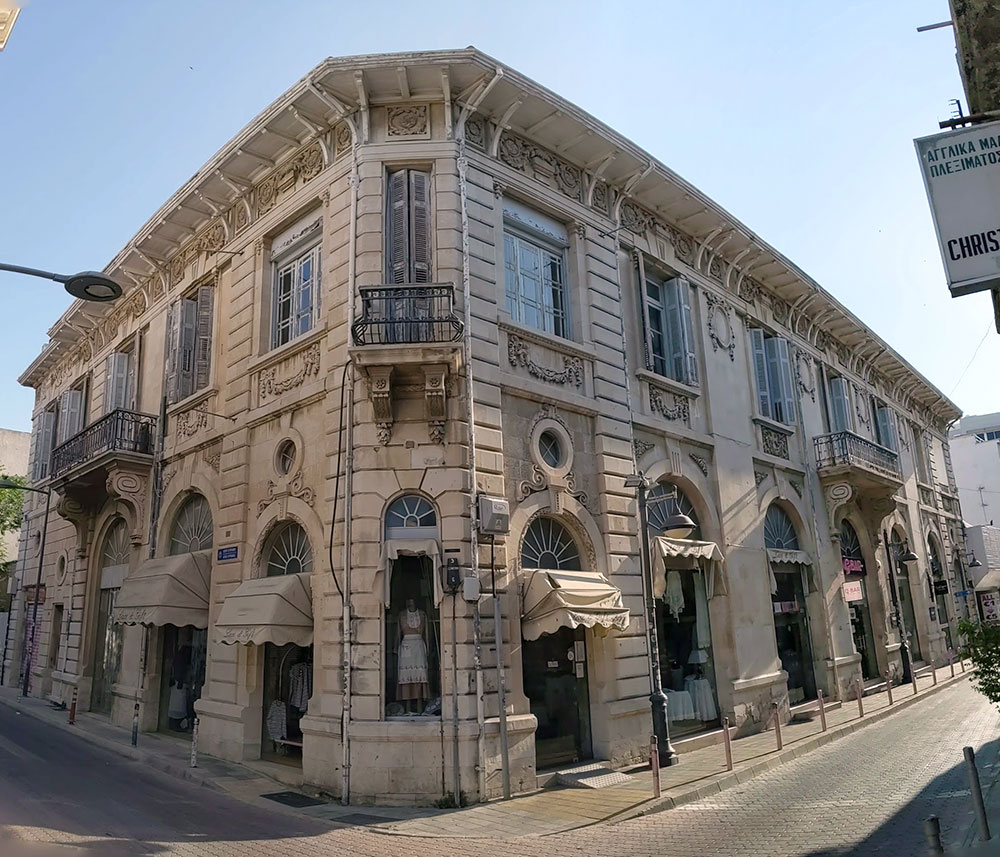 I started from Limassol around 10am and first stop was in the Akrotiri peninsula. Most of the peninsula is occupied by British Sovereign Base Area (SBA), but the only indication that you’re not in Cyprus is the presence of the SBA police patrolling the territory. There are no border checks or any other controls that prevents you from entering the British territory. 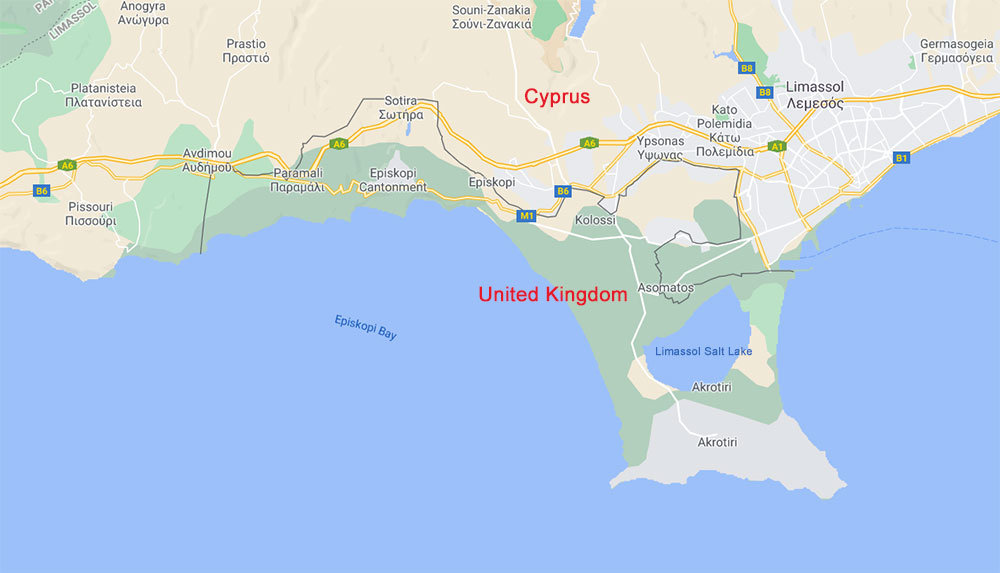 [Map indicating the British SBA in Akrotiri peninsula of Cyprus]

The 7km stretch of Lady’s Mile Beach is hard-sand and pebbles, with shallow waters making it a quick getaway for the locals of Limassol.

The beach was empty for a long-weekend, so ended up walking along the water for a while and after grabbing a coffee, I moved on to the next place. 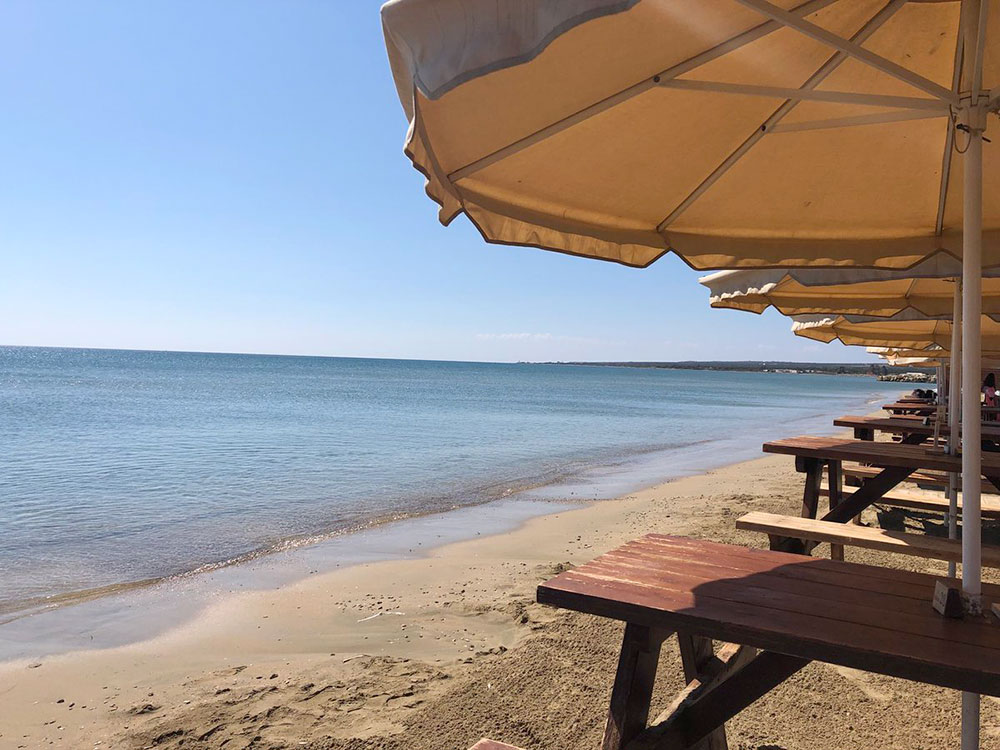 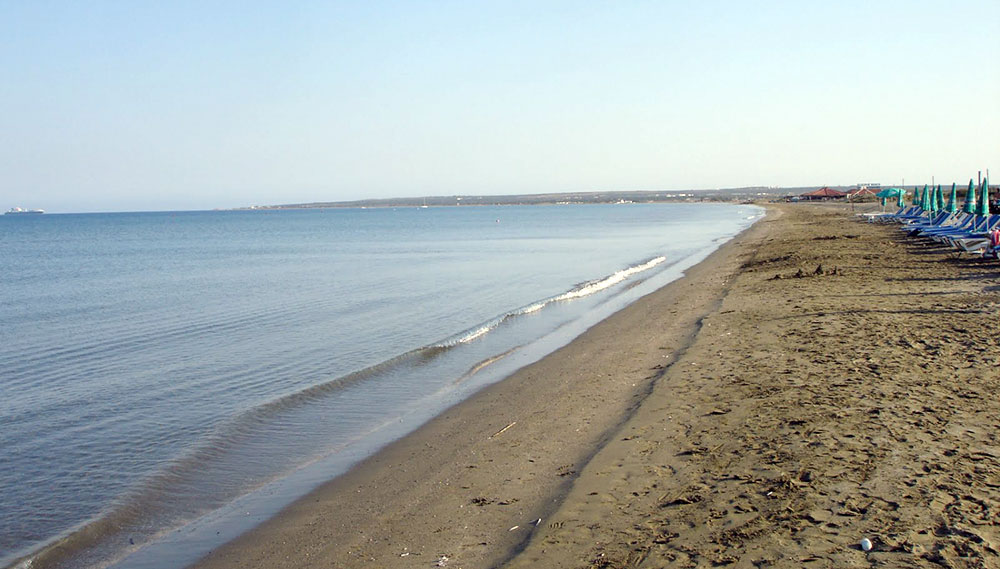 Just a few meters away from the southern end of the beach is Holy Monastery of St Nicholas of the Cats – Dating back to the 14th century, this monastery was abandoned during the 16th century and re-occupied by Orthodox nuns in the late 1980’s.

Legend says that Agia Eleni, mother of Constantine The Great left a piece of the Holy Cross at the monastery that followed a severe drought, which made Cypriots leave the island. This led to the huge numbers of snakes in the area making it unbearable for locals to live there. This made Constantine bring thousands of cats from Palestine and Egypt, and release them to the island in order to exterminate the snakes and save the area. 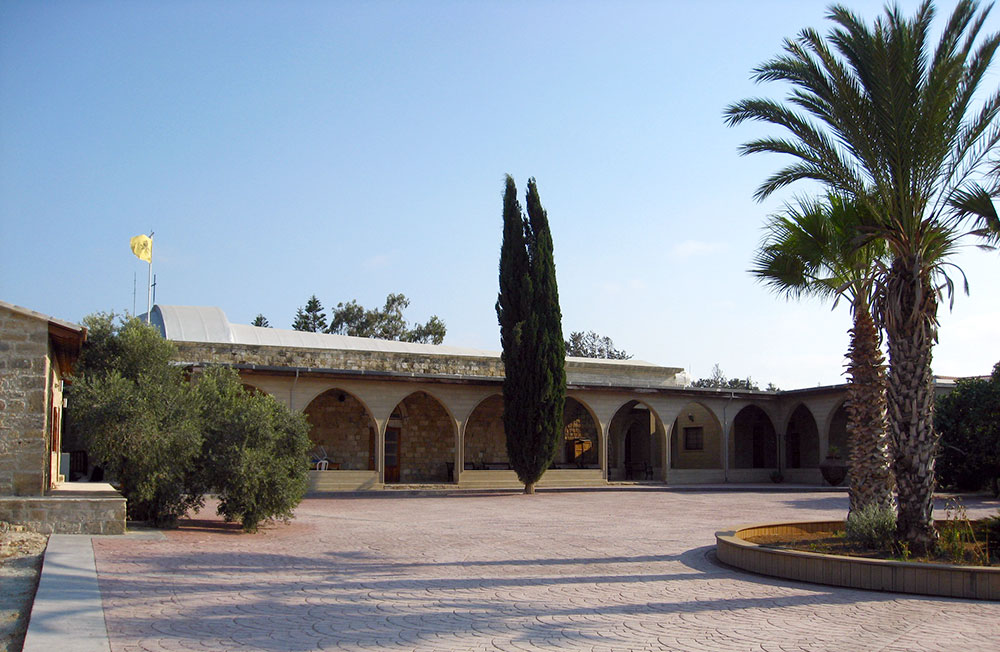 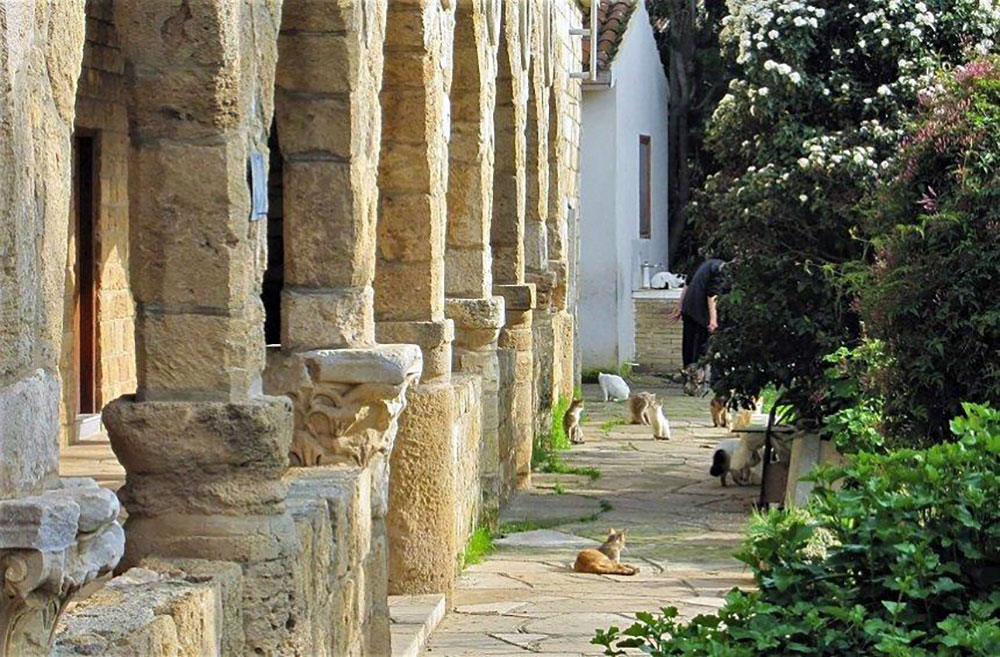 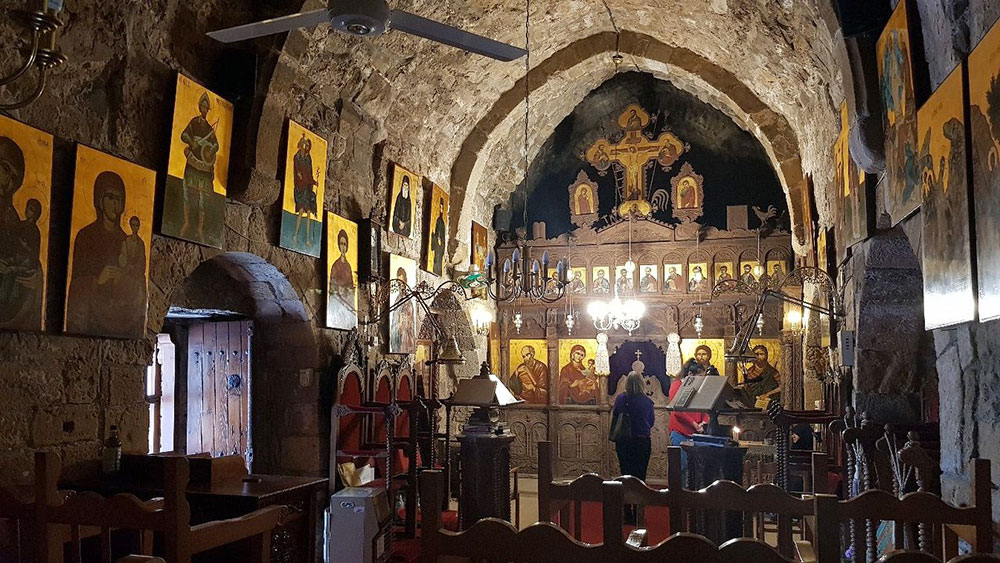 Around the monastery is the Limassol Salt Lake, home to migratory birds like Flamingoes, cranes and Ibis. A lot of the lake has dried up, but you can visit the Akrotiri Environment Center south of Akrotiri village. 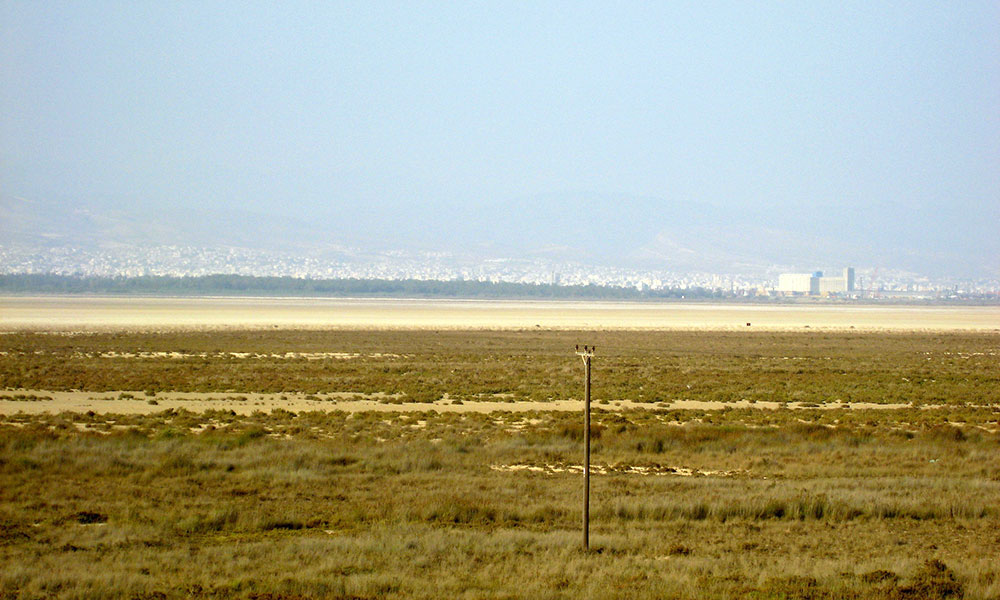 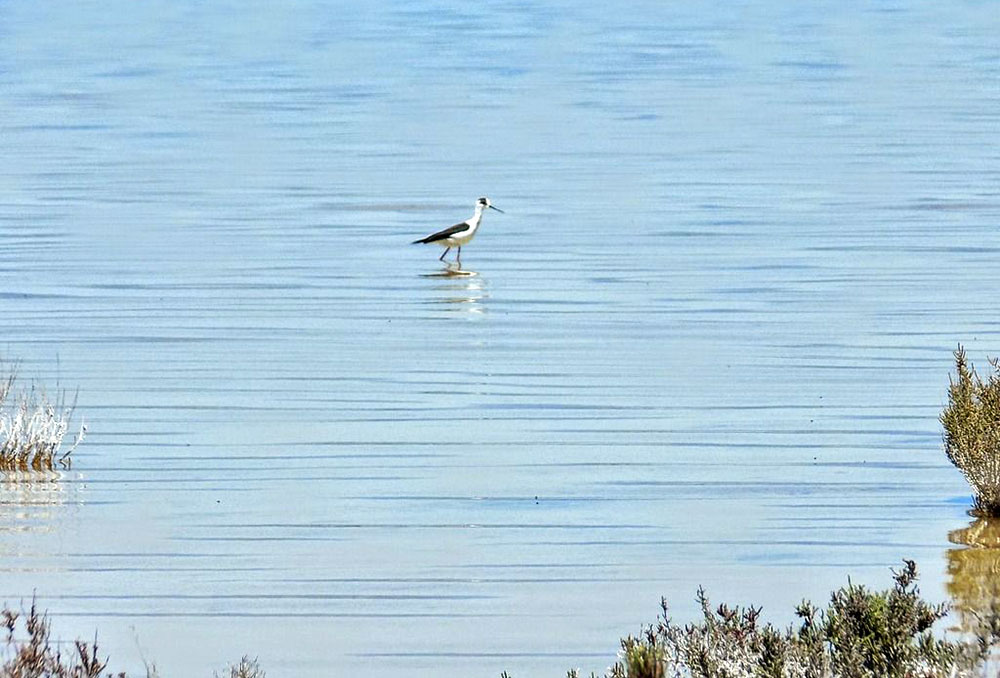 I wanted to stop by the southernmost-point of Cyprus at Cape Zevgari, but that is off-limits to civilians and is monitored by the RAF who didn’t allow me to enter the territory.

Winding my way up north from here, next stop was Kolossi Castle. Perching high up on the Kolossi village, this more-like-a-fortified-tower dates back to mid-1400’s. It costs 2.50€ to enter and can be approached via a draw-bridge. There are about 68 stairs to climb to the top of the castle, with two floors that has nothing! 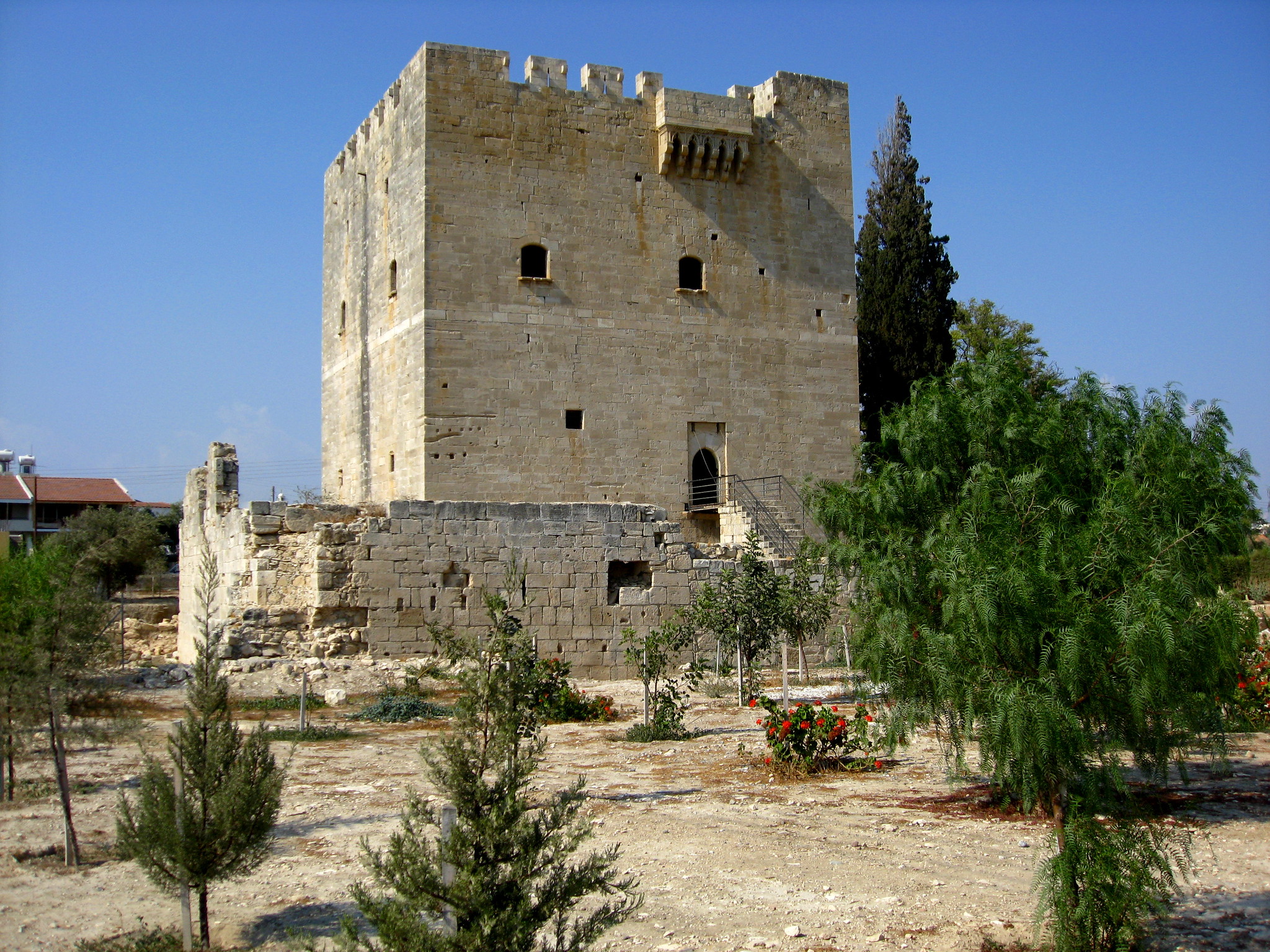 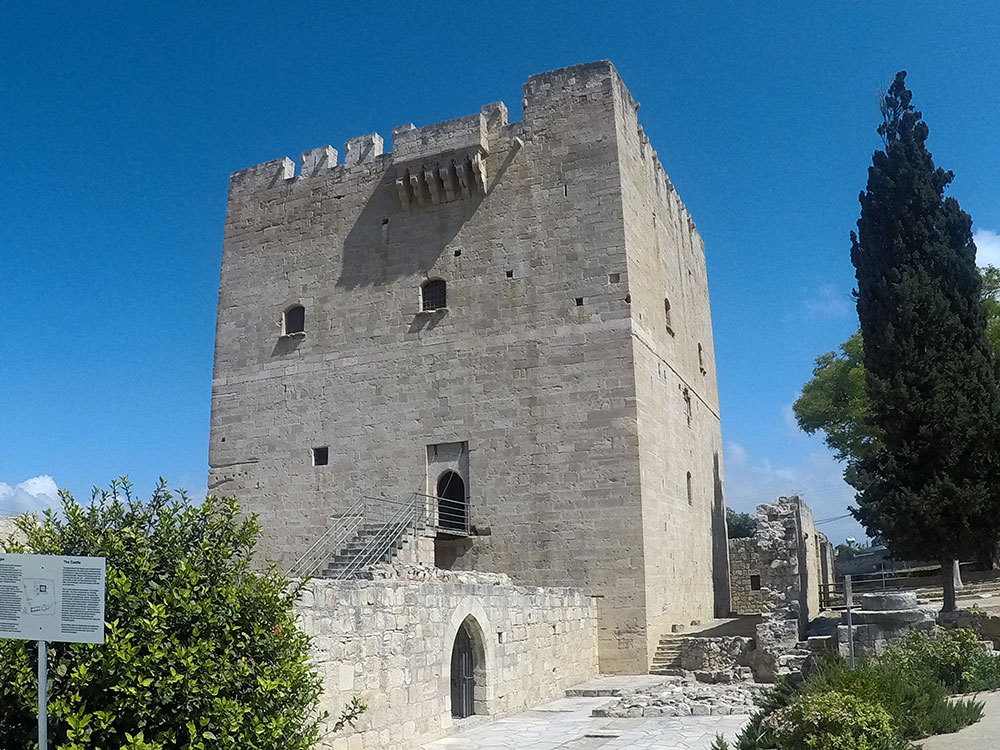 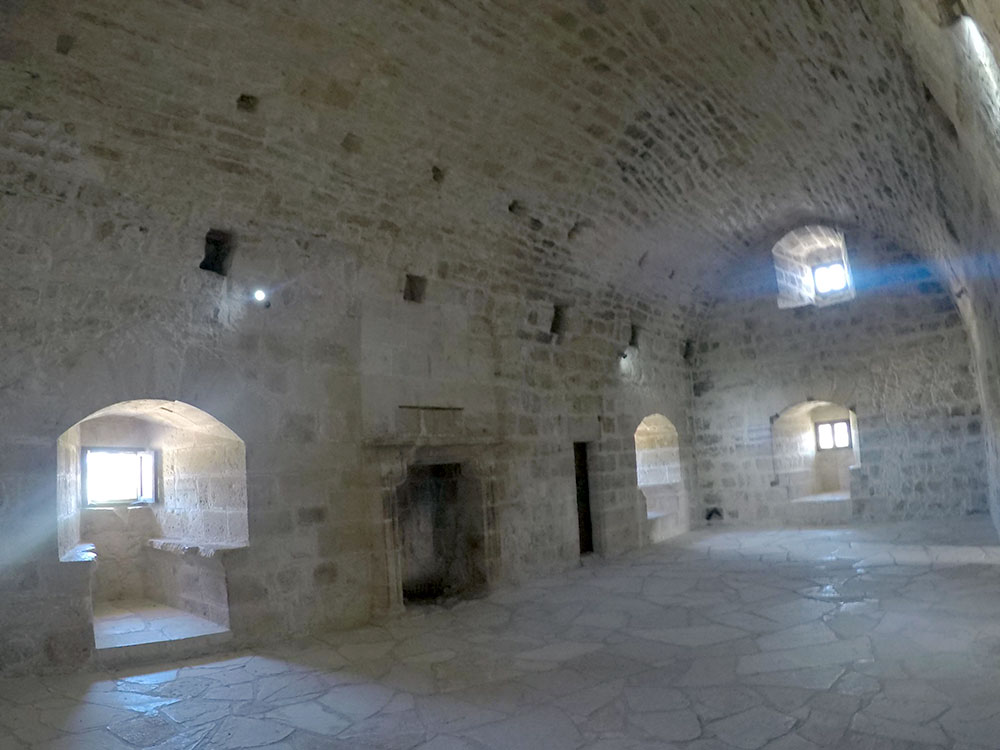 [Floor one of Kolossi Castle] 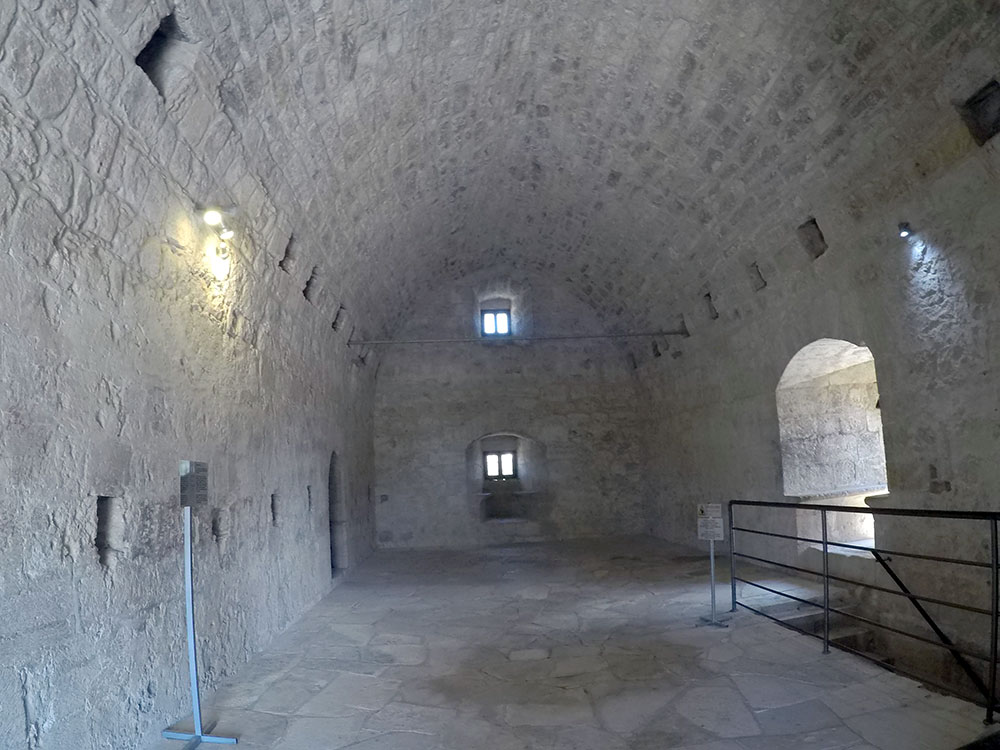 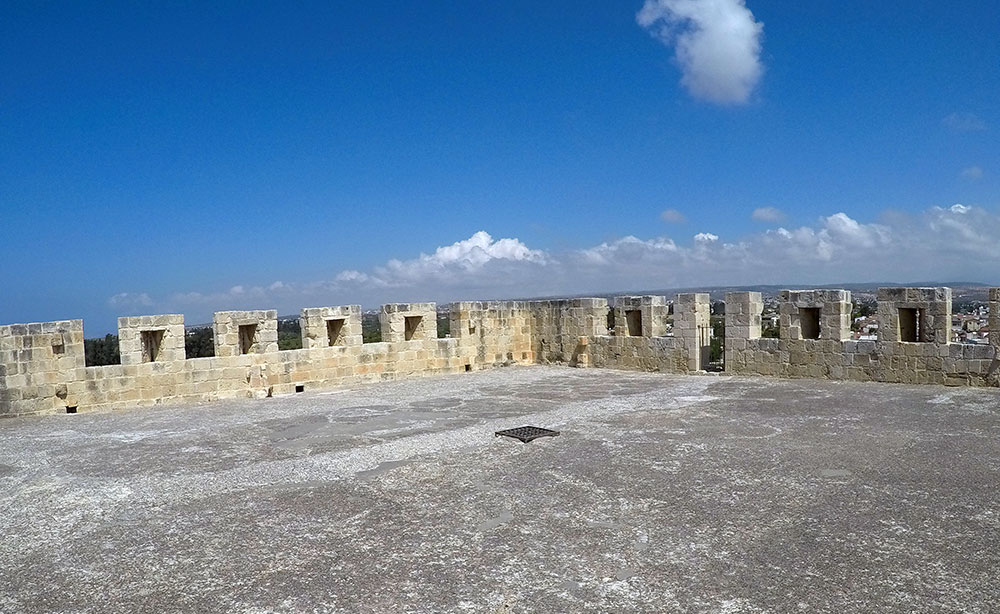 Before the long drive from Kolossi Castle to my last stop for the day, I stopped over in one of the small villages around Kolossi for lunch and pick up supplies like water, chips, etc.

About 35km is Aphrodite’s rock and beach – distinctive for its two upright rocks, comes from a legend that Aphrodite, ancient patron goddess of Cyprus, emerged from the sea at this point in a surge of foam going off to entertain some lovers. Sunsets are the best time to visit this place for some spectacular shots of Petra tou Romiou (Aphrodite’s Rock and Beach).

The beach here is the most famous beach in Cyprus and you’ll find swimmers perched somewhat precariously on top of the cliffs. There’s a parking area across from the road, and a pedestrian underpass leads to the beach. 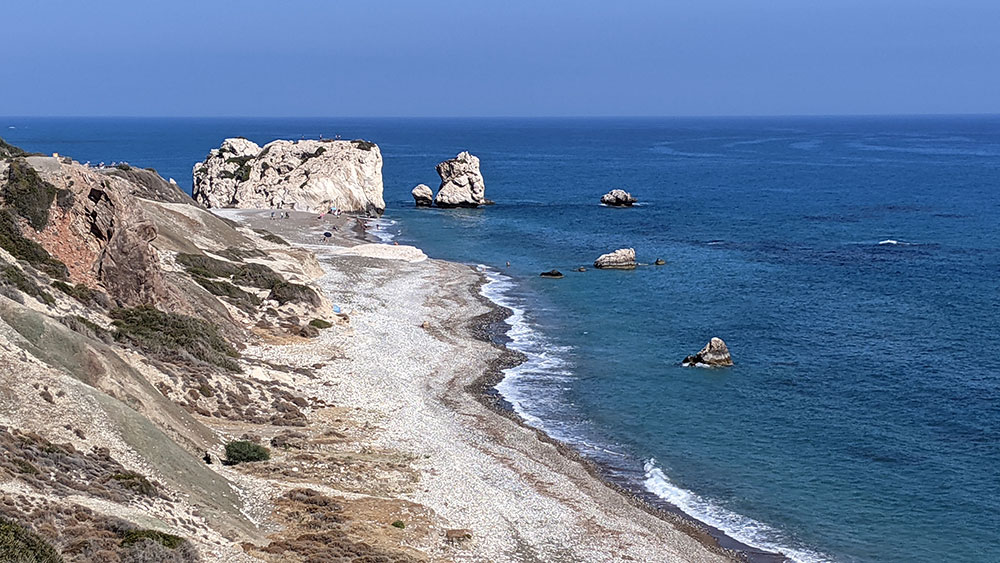 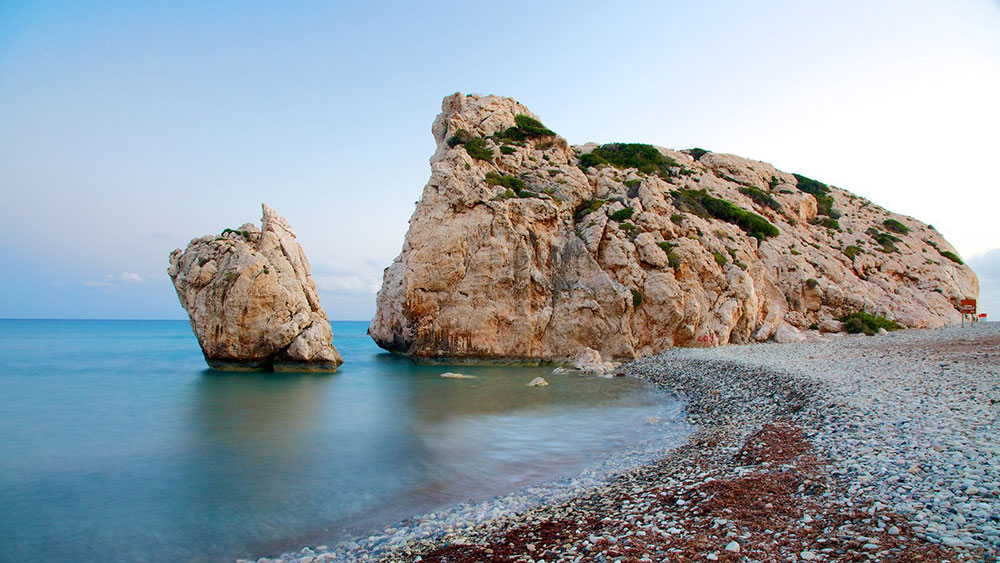 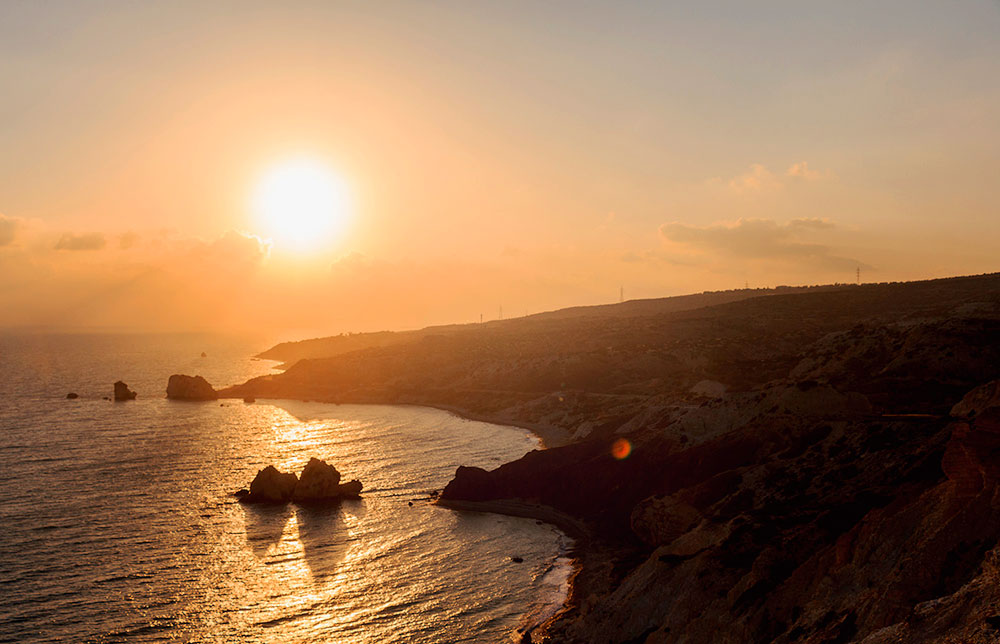 From here, I made my way back to Limassol and with everything open in the evening, stopped by at a cafe along the promenade for dinner, before calling it a day.