Still feeling not one-hundred percent from last night, I had a late start with breakfast at the Airbnb house I was staying at. There was some music being played on the street just outside, and I found out that they have a “music festival” and locals bring their souvenirs that cater to tourists. Cruise liners dock at Cienfuegos for a day that brings tourists on Fridays, visiting all the main spots of the city. 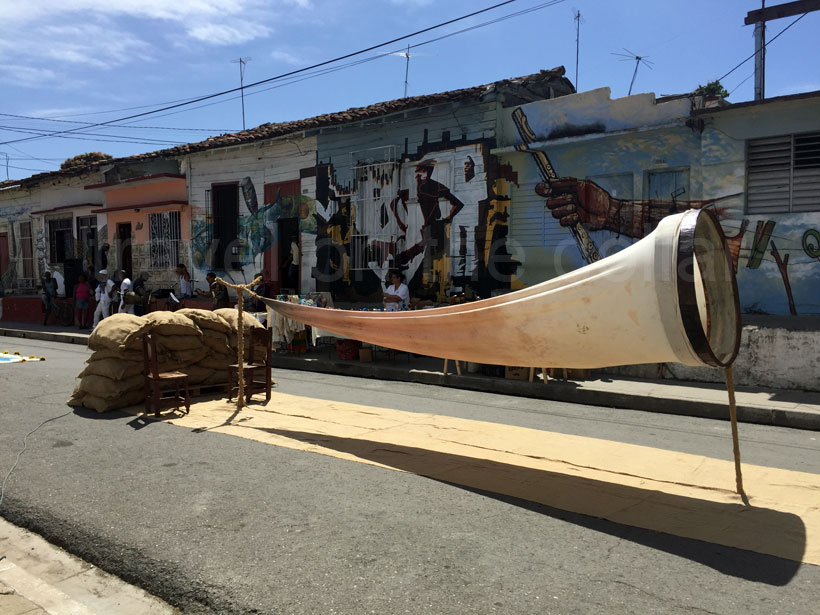 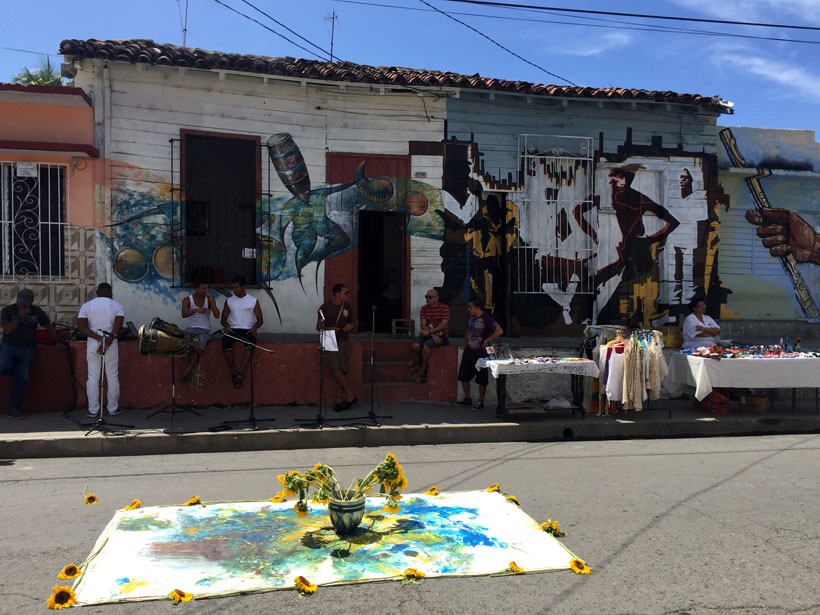 Not wanting to miss the sights of this beautiful city, I headed out right after breakfast because the music festival was not going to start before later in the day.

The city streets are easy to navigate because of the well-planned horizontal and vertical blocks. I was staying at Ave 62 and Calle 45, so it was a 20 minute walk to San Fernando street, which is a pedestrian only street (between El Prado and Plaza de Armas), to the main square – Plaza de Armas. 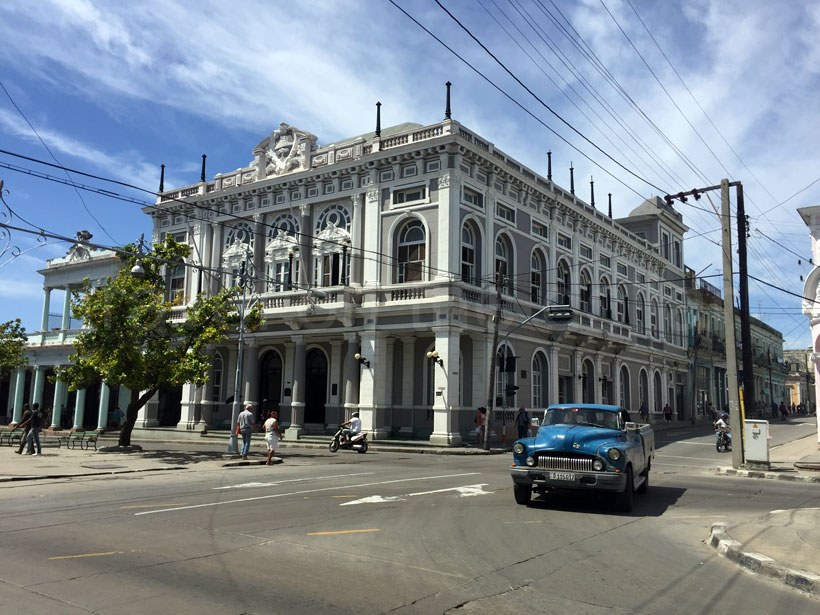 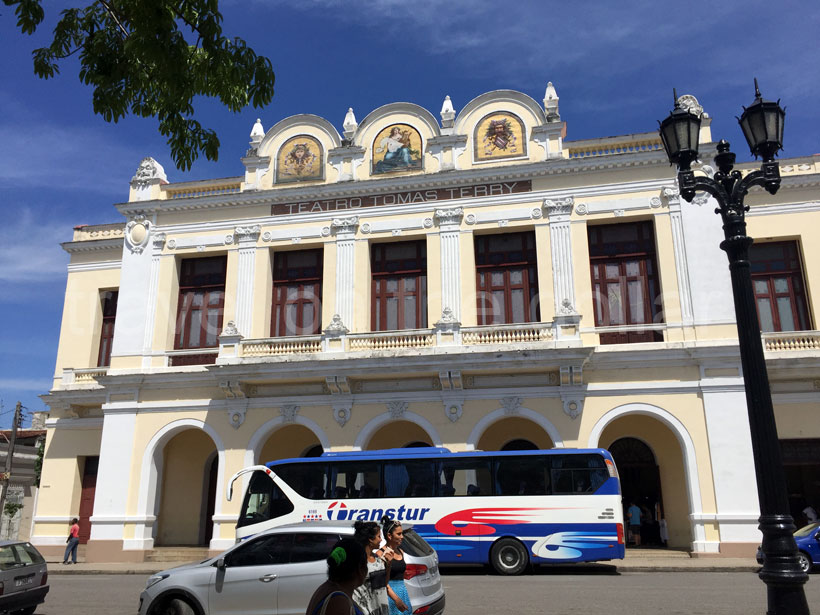 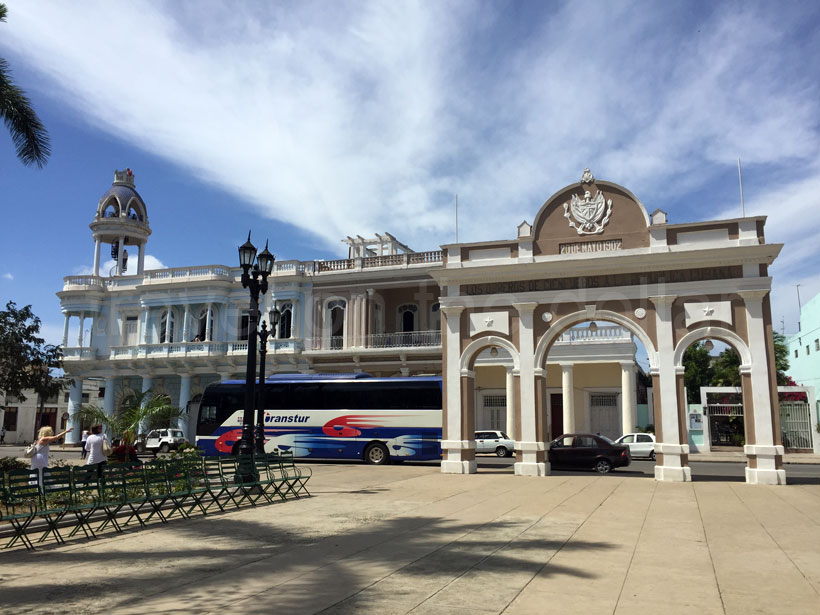 [Gate to walk out of the main square] 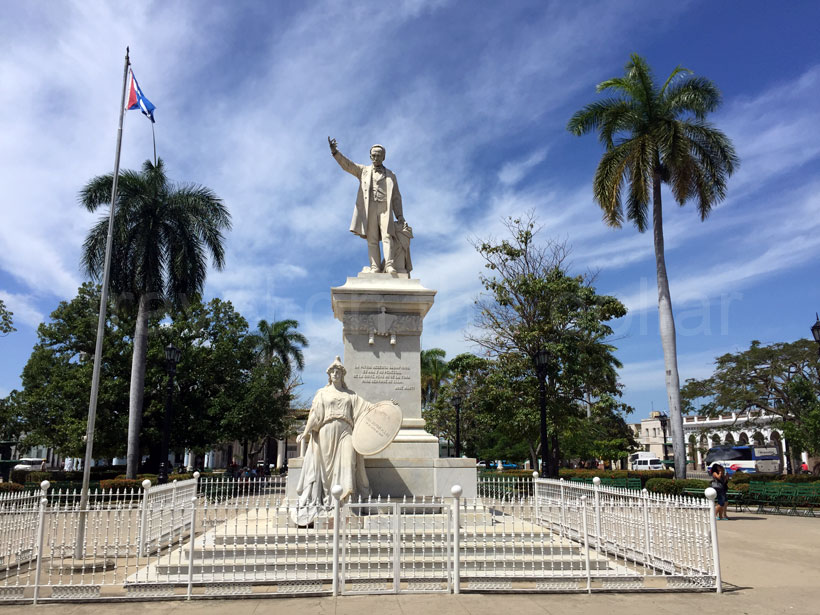 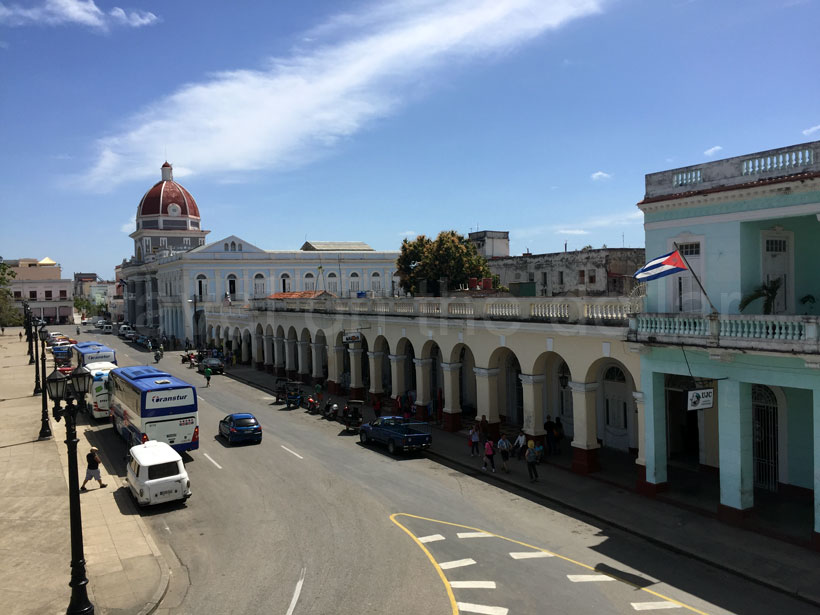 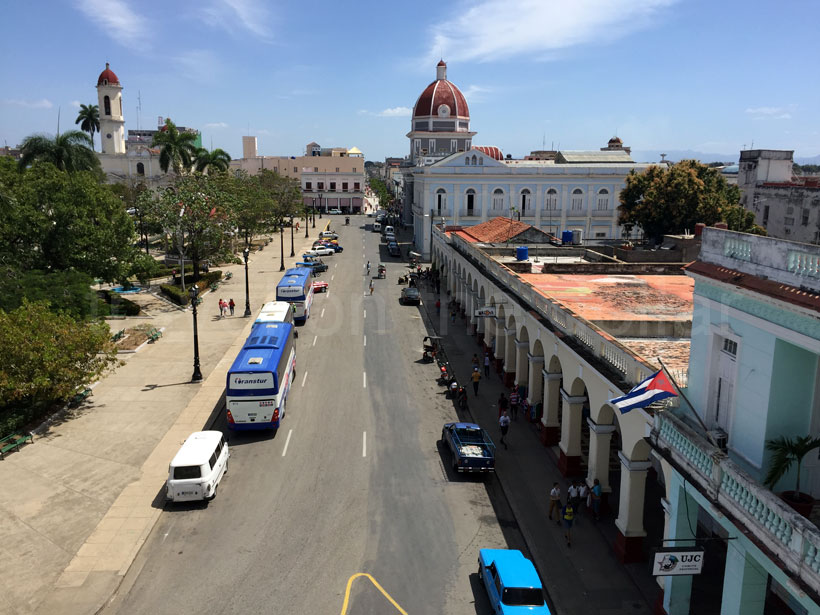 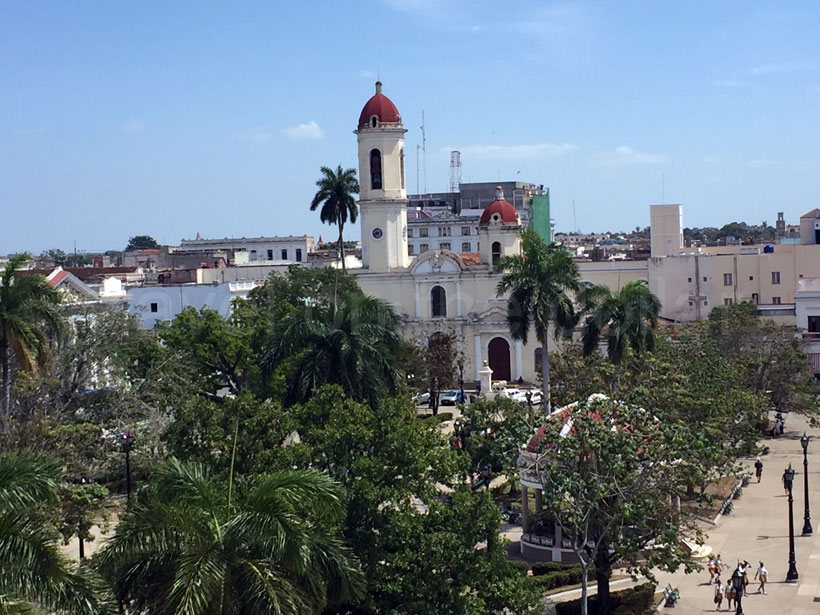 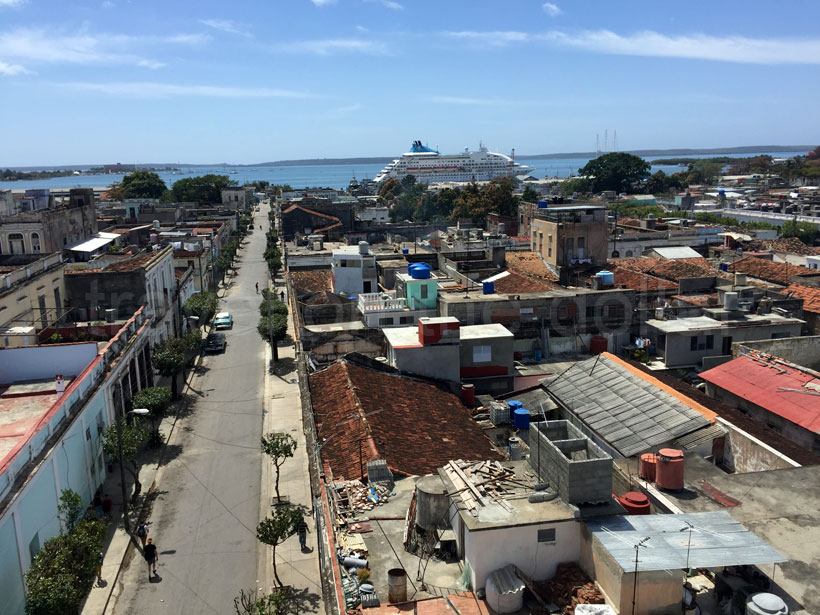 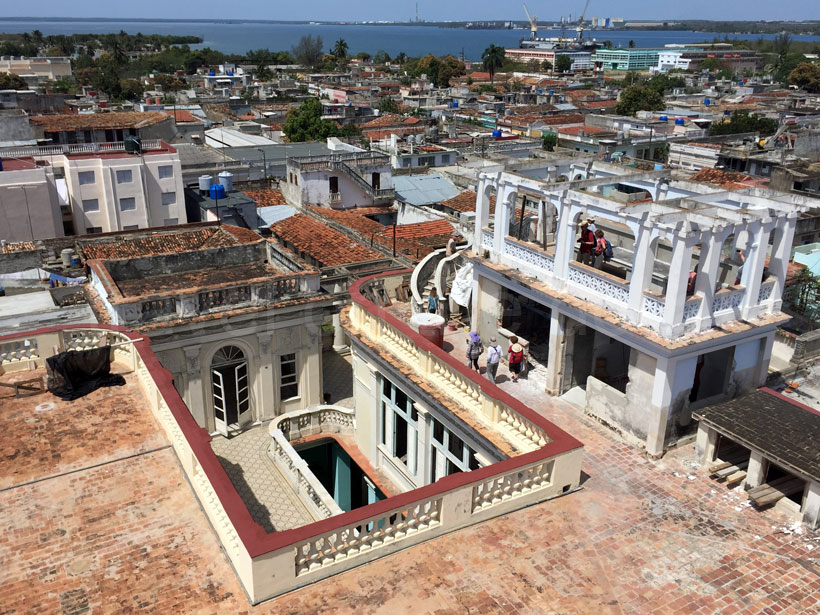 [View of Plaza from top of Museo Historico] 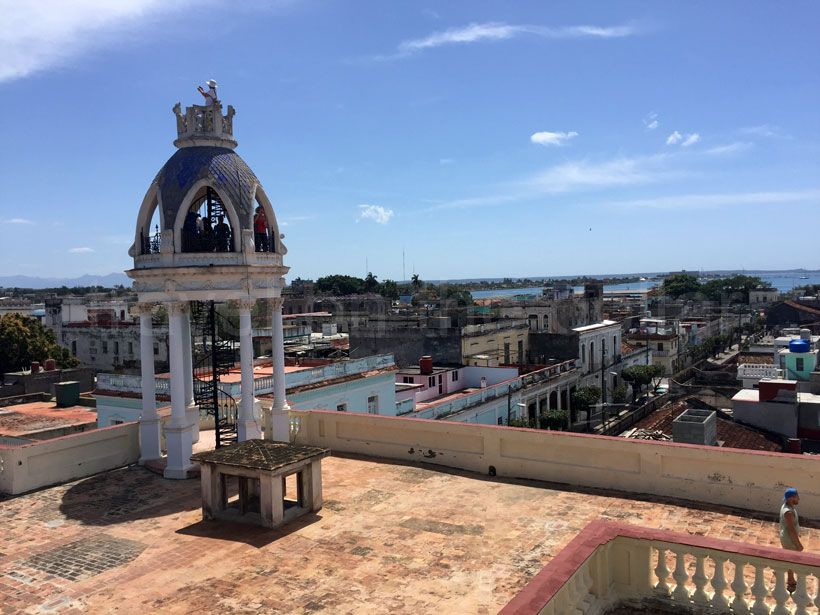 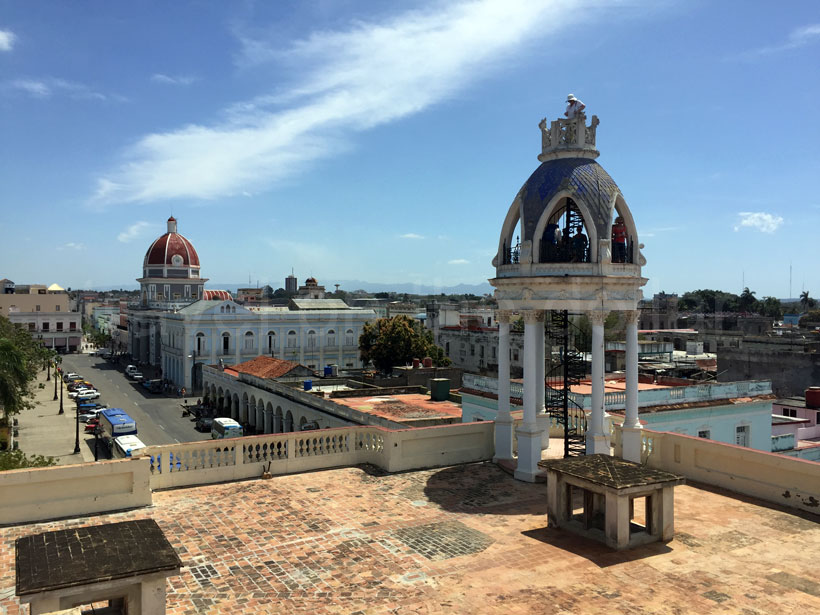 [Roof of Museo Historico with Government Palace in the far]

Walking past Plaza de Armas, I reached the west end of the city near the dock, that has a nice boardwalk with a cafe. There was a much-needed pleasant breeze which made the hot day easier to navigate by. Stopped by the cafe for some coffee. 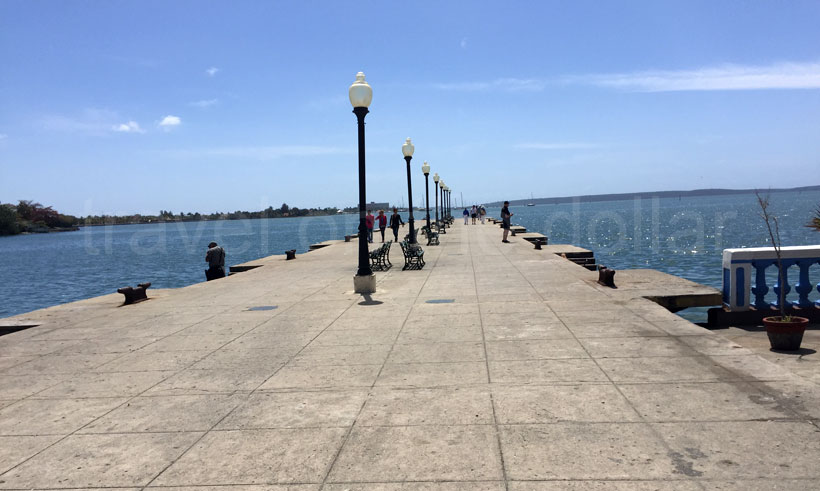 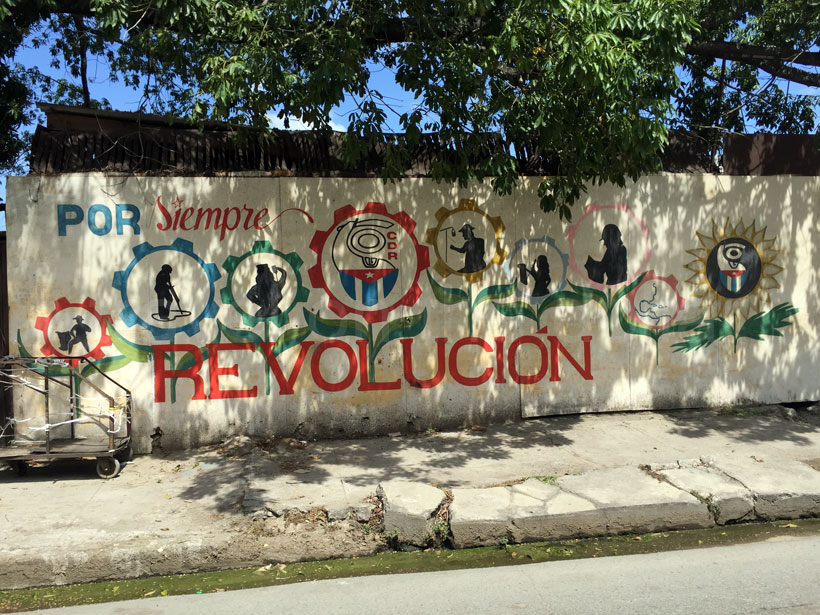 [The boardwalk near the Cienfuegos dock]

From here, I wanted to visit Punta Gorda, which is at the south end of the city. Both the center and Punta Gorda are easy of walk around, but are about 3km apart. They are joined by Calle 37 (del Prado), which runs by the sea. If you don’t fancy walking, the principle public transportation is coches (bicycle rickshaws) or horse-drawn carts that seat 6 or 8 people. They go up and down Calle 37. The price is 1 CUP for Cubans or 1 CUC for tourists.

Since the breeze was great, I decided tow walk for about 30-40 mins to Punta Gorda which is one of the most picturesque and fertile in Cuba. At the end of the street is the historic Palacio de Valle, which is a beautiful restaurant (and quite expensive too.)

Further from Palacio de Valle is the end of the road which has an amazing cafe serving alcohol and coffee. 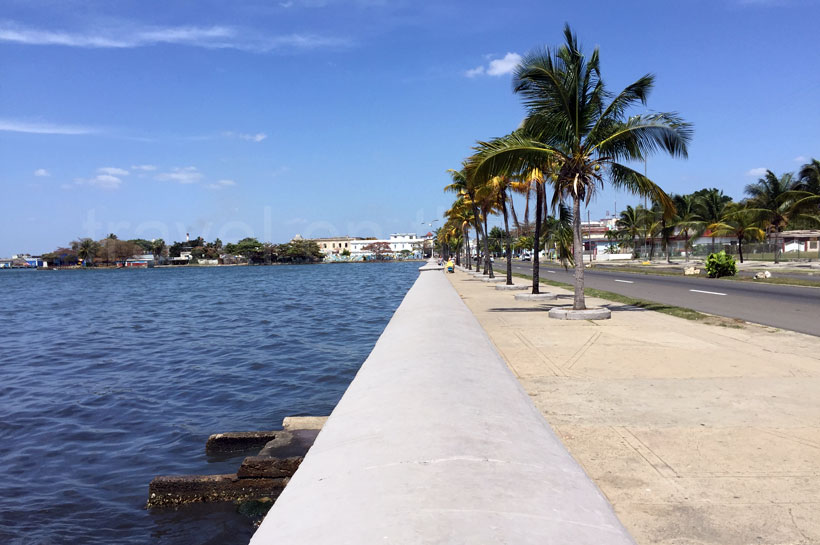 [Del Prado street next to the ocean] 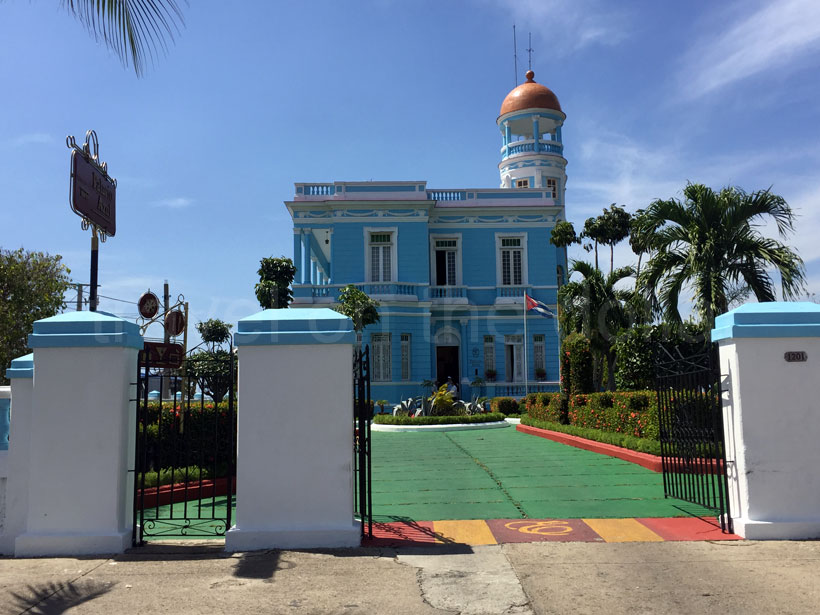 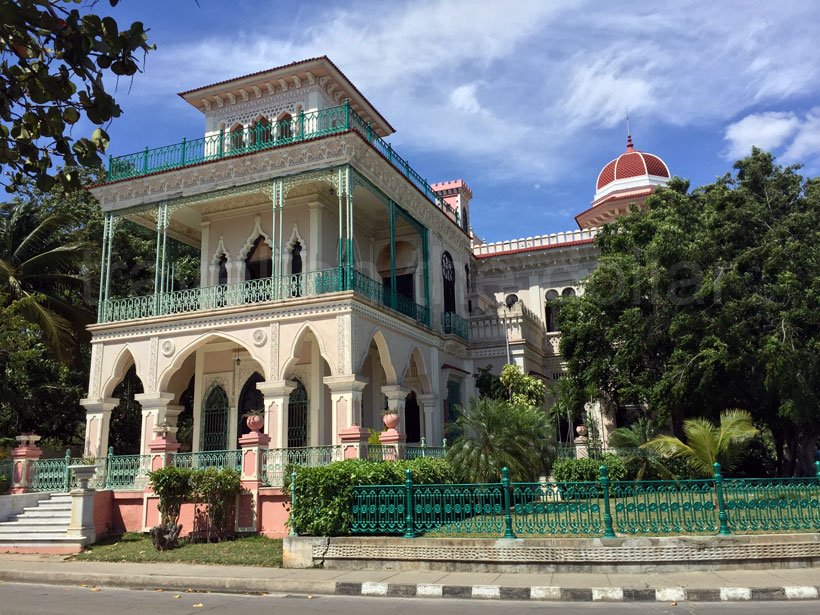 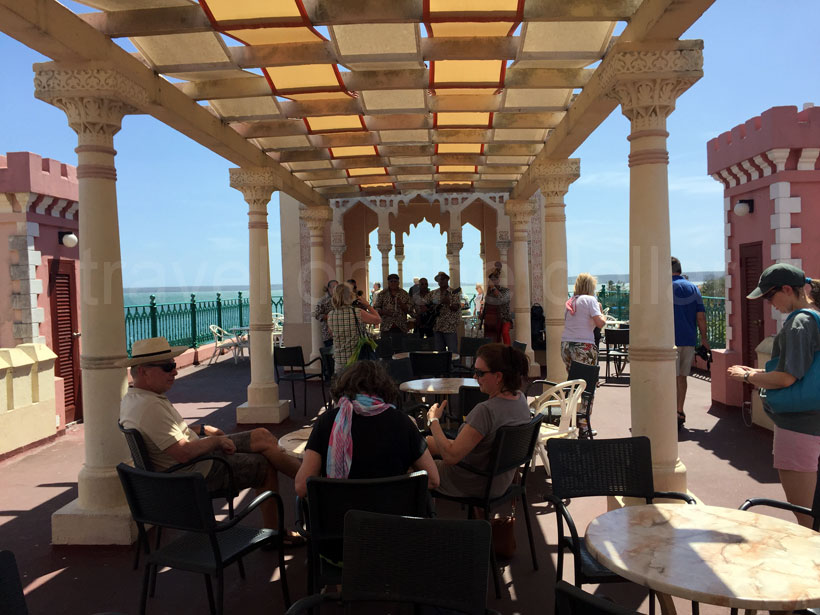 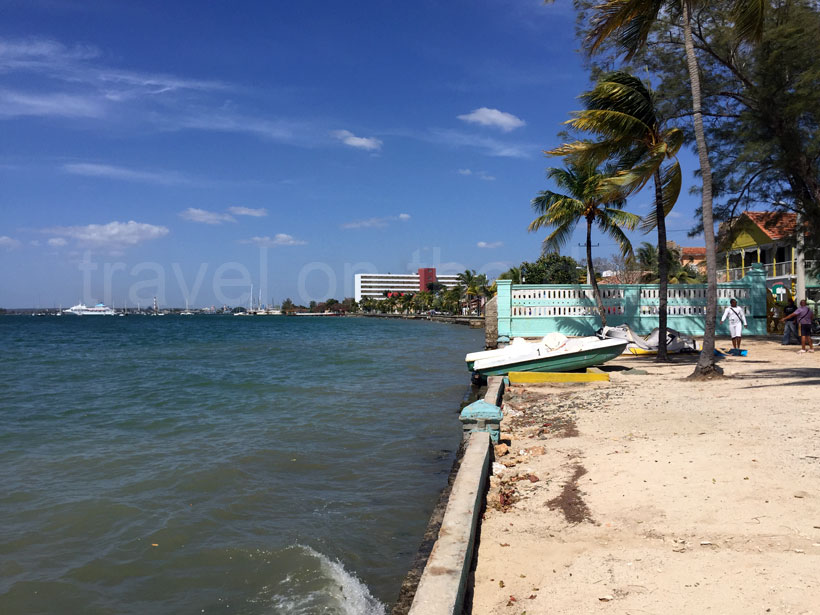 [Park at the end of Punta Gorda]

Having booked the bus to Trinidad the previous day at Cienfuegos bus station, I headed back to the Airbnb house which took more than an hour to reach. Packed my stuff and headed to the bus station to catch the 5:20pm bus.

This bus arrives from Viñales and it was an hour late. Passengers disembark and we were then allowed to get in the bus that eventually started at 7:15pm for a 2-hour journey to Trinidad.

Just after 30 minutes in the journey, passengers at the back started screaming because of smoke coming in from the back of the bus. After pulling over immediately, it was obvious that this bus won’t make it to Trinidad. So the driver and conductor started making some calls and another 15 minutes later, a bus pulled over.

Unlike the regular “big” bus that I had taken from Cienfuegos, this was a tiny, 20-seater bus already almost full with people, so a random few of us made way ahead and got in to the last seats. Some others were ready to stand and go because it was apparent that the next bus won’t be coming soon! And it was almost 10pm when we reached Trinidad bus station.

Another 10 minute walk brought me to my Airbnb house, ready to crash for the day!

Note: All values in USD, unless otherwise mentioned, are approximate and based on the exchange rate of USD 1 = CUC 1 at the time of publishing. Each cost is for one adult.

Sights of Cienfuegos & traveling to Trinidad.