Last night we slept in the hammocks our guides had brought with them on the jungle tour. Woke up to an amazing sunrise in the middle of the Amazon rainforest, and in middle of nowhere! After winding up the camp site, we headed back to the lodge early morning before the sun came up (mainly to avoid the heat, but also to reach ledge before the breakfast). 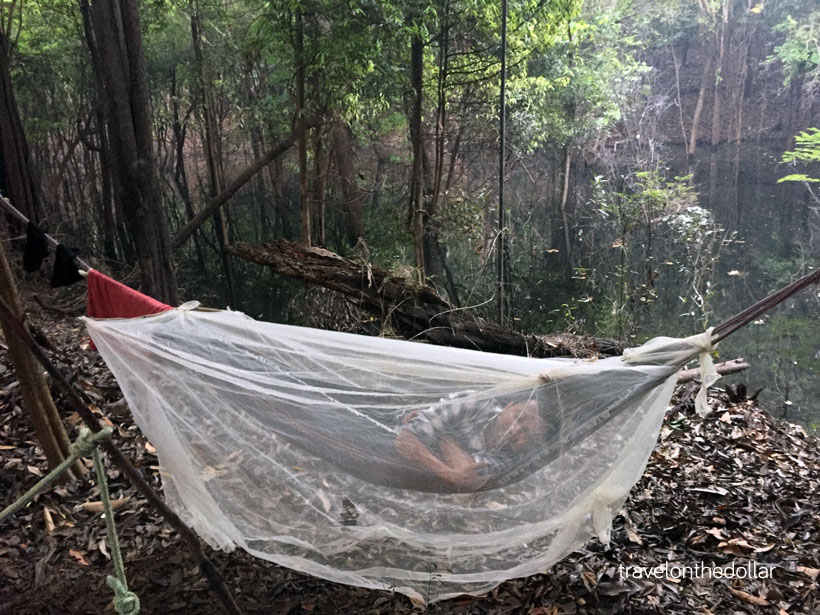 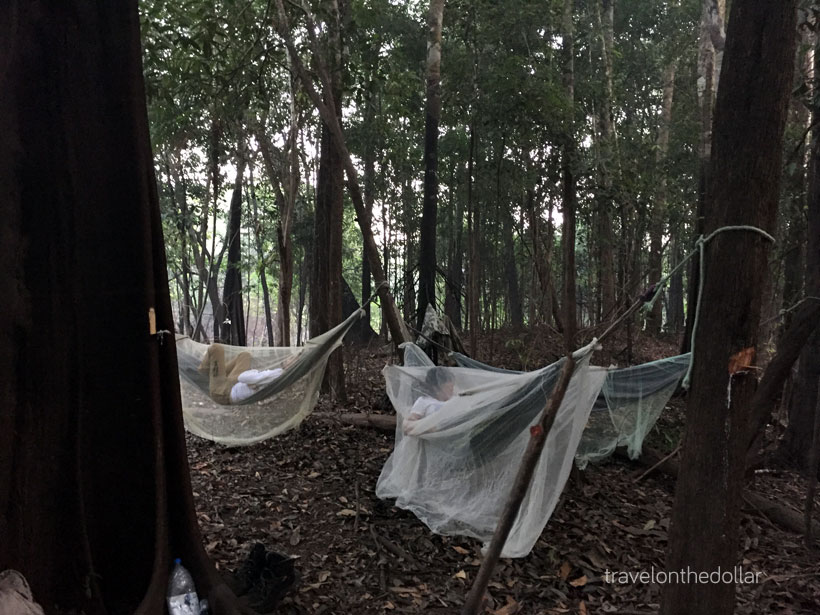 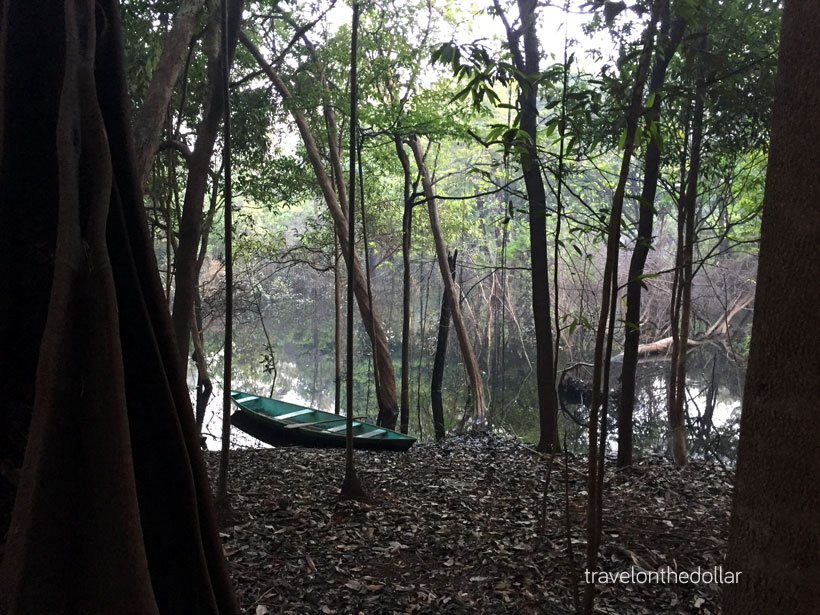 [First view of the rainforest from the hammocks] 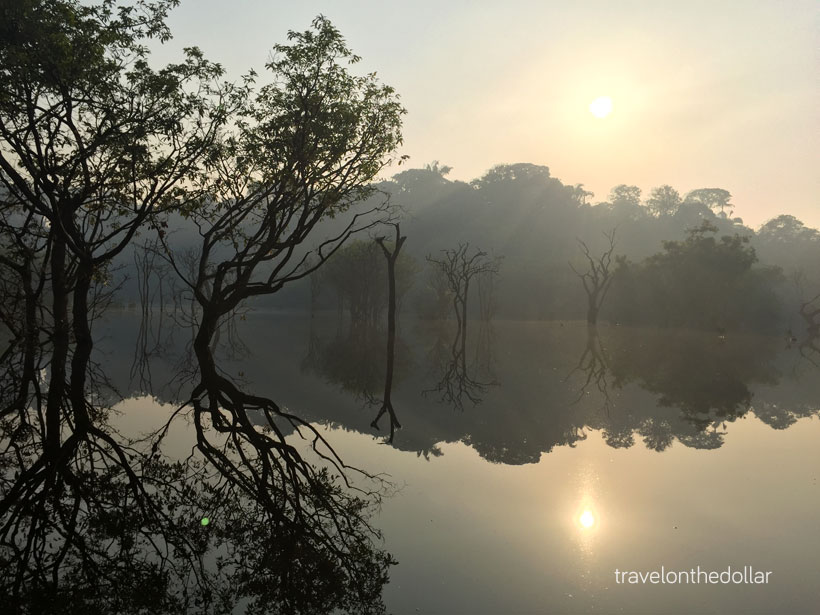 [View of sunrise on way back to the lodge]

About 45-minute boat ride brought us back to the lodge, right in time for breakfast.

We were scheduled to return back to Manaus at 9am, taking an almost 3 hour journey back in boats, and jeep. So after a good breakfast and freshening up, we just sat back, relaxed and enjoyed the pets wandering around the lodge. 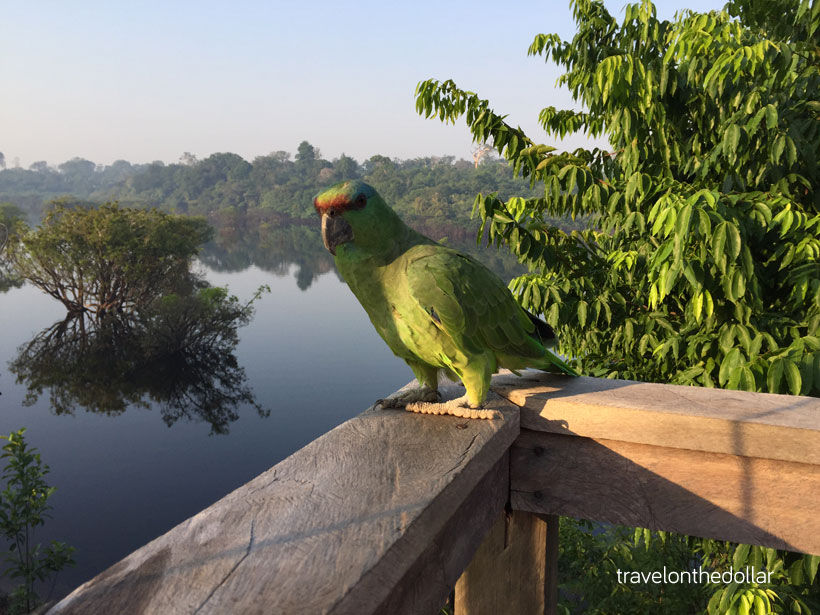 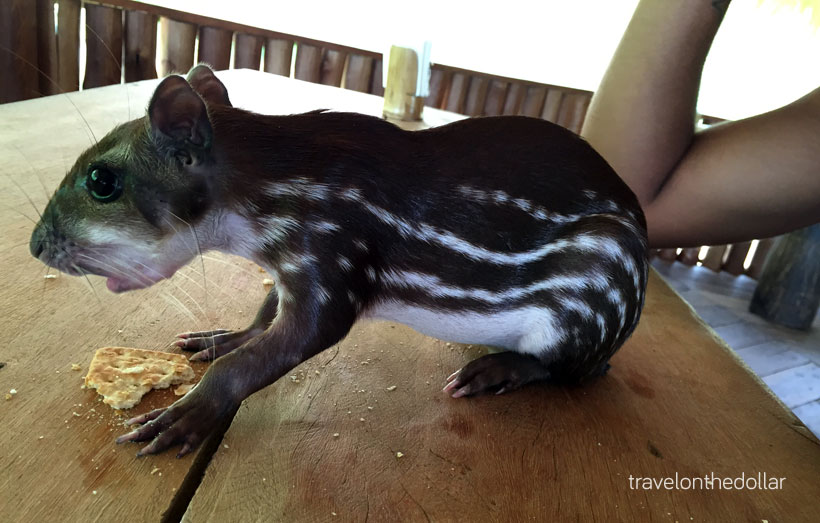 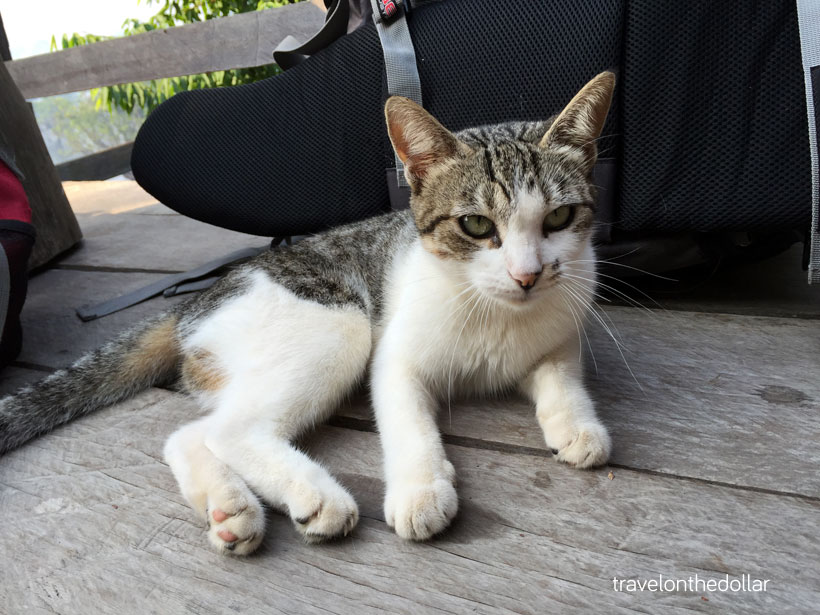 Around 9:15am, our boat to return back to Manaus was ready. On the way to Paraná do Mamori river’s bank, we were promised that we will see pink dolphins, but were able to see only one and that too far far off! So after an hour’s ride to the Paraná do Mamori river bank, we hopped on to the jeep for another 45-minute drive to Careiro Village, where we stopped over for the famous water lilies. 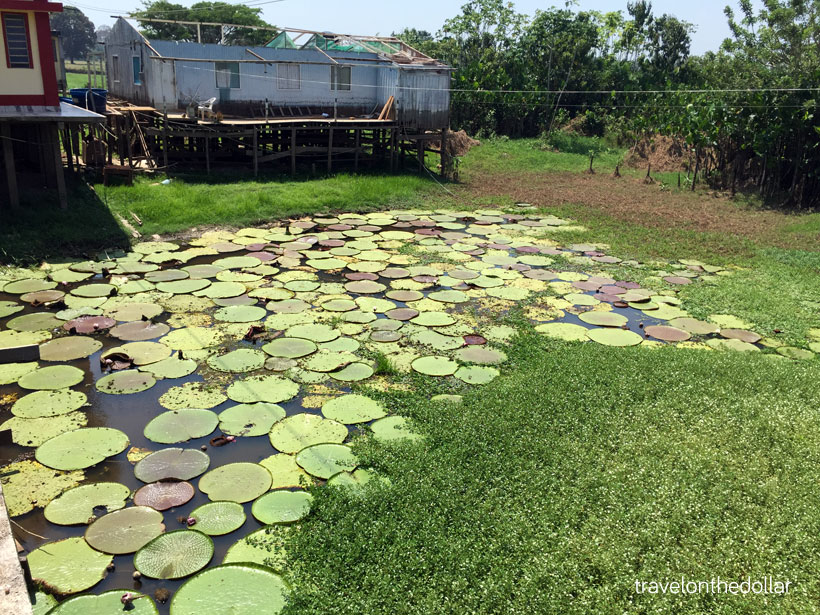 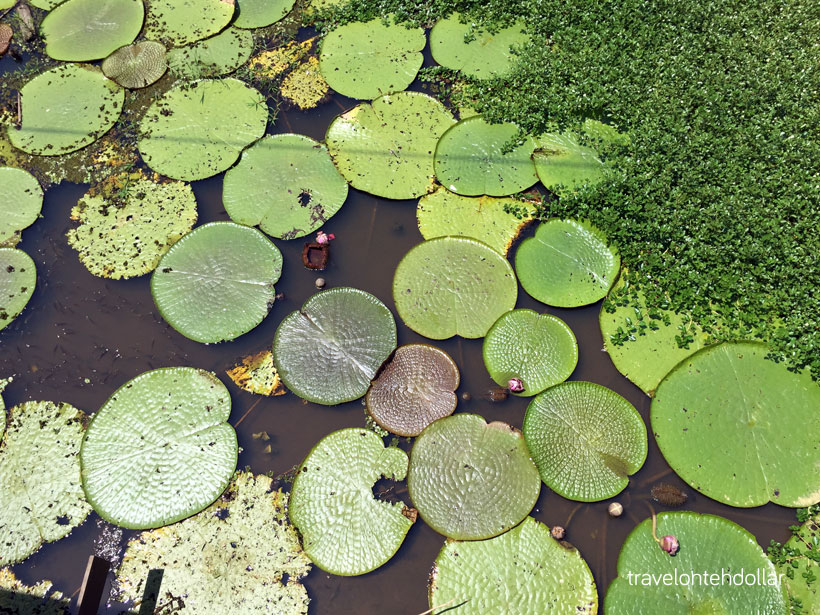 After reaching Manaus at about 12:30pm, all I wanted is to go to a hotel and have a nice shower. So for a cost of BRL 75 the guide from Amazon Backpackers dropped me to the hotel and also agreed to pick me up the next morning to drop me to the airport.

My stay at Sombra Palace hotel for the first night in Manaus was terrible, so I decided to spend more than I ususally do on a hotel and book the last night in Manaus in Intercity Premium Manaus. Check-in was simple and rooms were awesome for a budget traveler like me!

Just stayed in the hotel for the rest of the day rather than going out in 43°C heat, while ordering-in food. Called it an early day for an early morning flight to Rio de Janeiro!

Day three in the Amazon Rainforest & return to Manaus.