Having booked the early morning flight departing at 05:50am from Salvador, I had asked the hostel (in Salvador) to get a taxi for me at 3am. It takes about 30 minutes from Praça da Sé to Salvador Airport (SSA) and costs BRL 90, one way. It was an easy check-in process for domestic flights, and with a connection in Belo Horizonte (CNF), I reached Manaus airport (MAO) on time.

Also having booked the Amazon Forest tour in advance, airport pickup was a part of the package. The driver of the tour company (who spoke English) was waiting for me at the arrivals terminal. A drive of about 20 minutes brought me to Sombra Palace Hotel.

About 5 minutes walk from the hotel was Palacio Rio Negro.

This elaborate palace was the residence of a German rubber merchant named Waldemar Scholz and was later the seat of the State Government of Amazonas. In 1997, it was converted into a cultural center, and you can tour the main house and the adjoining art gallery of Brazilian works. The house is as elaborate inside as outside, with lots of marble and native woods. The grounds are beautifully landscaped with shrubs, trees, and flowers native to the Amazon rainforest. 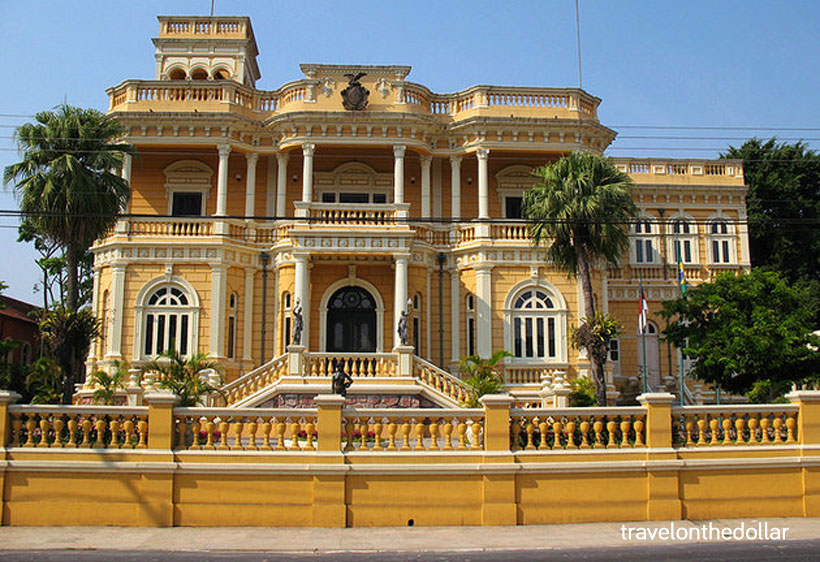 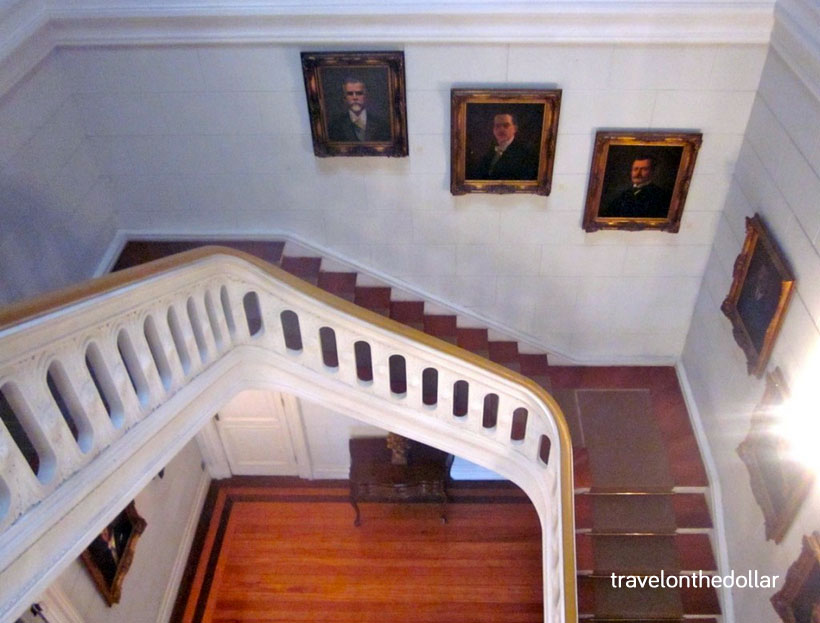 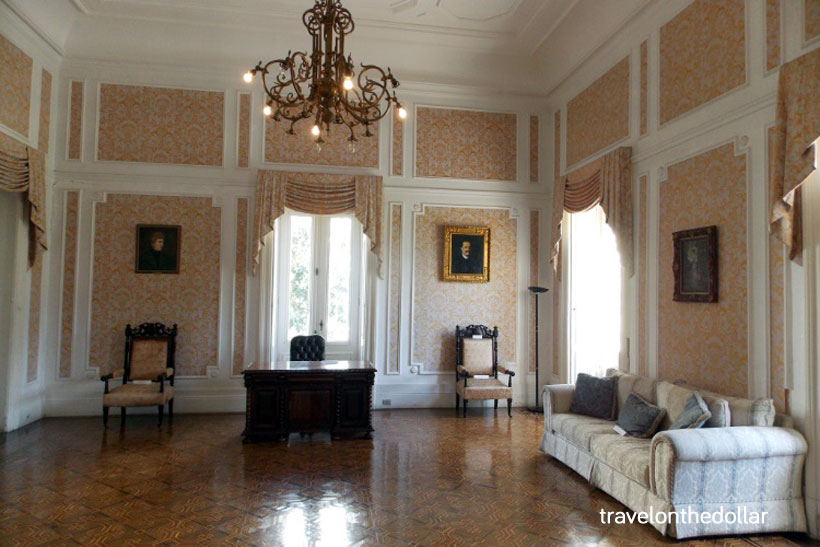 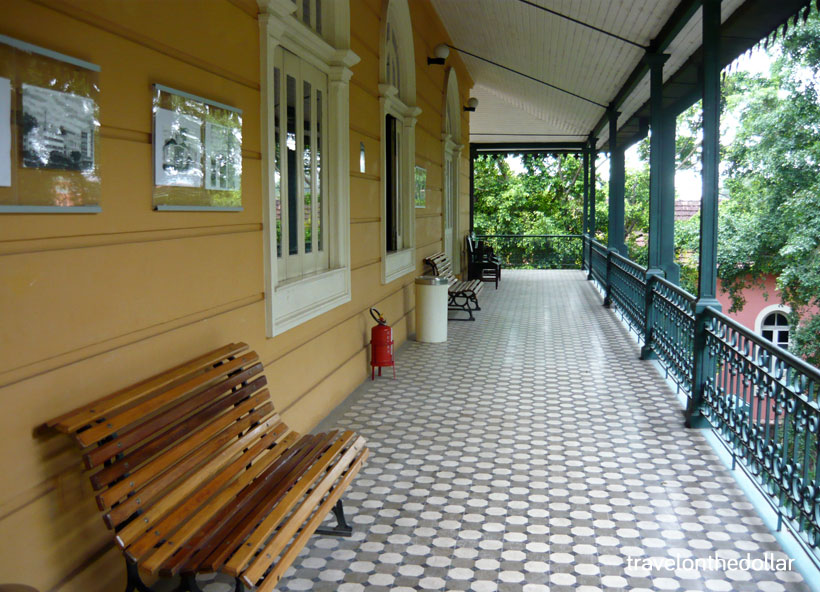 About 10 minutes walk further was the most-visited sight of Manaus – Teatro Amazonas. Decorated with 36,000 ceramic tiles painted in the colors of the Brazilian national flag, the dome of this opera house soars in the city. The 39 of the 54-member Amazon Philharmonic orchestra are from Bulgaria, Belarus and Russia. The theater is also the location of an annual film festival.

And right next to the theater is Praça São Sebastião. 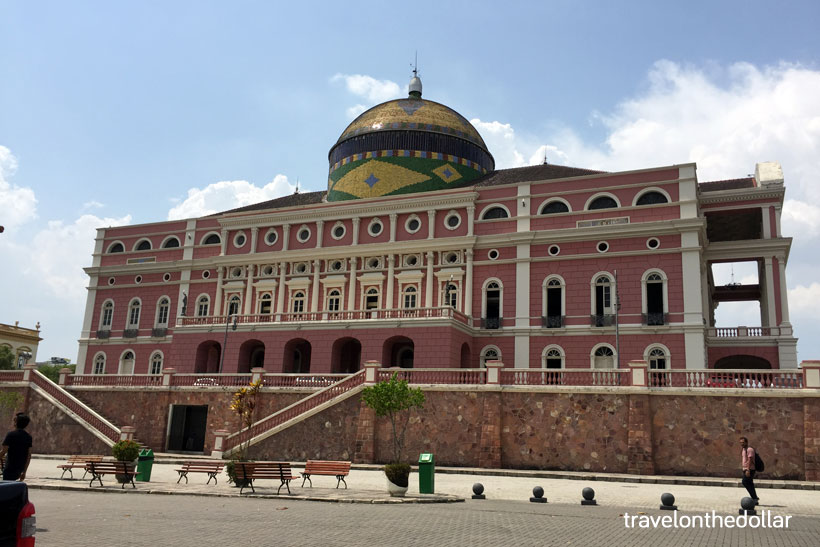 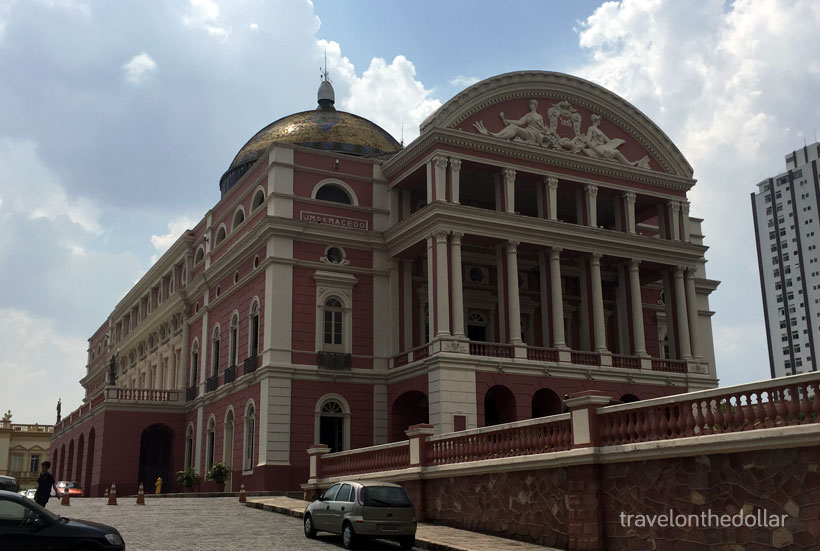 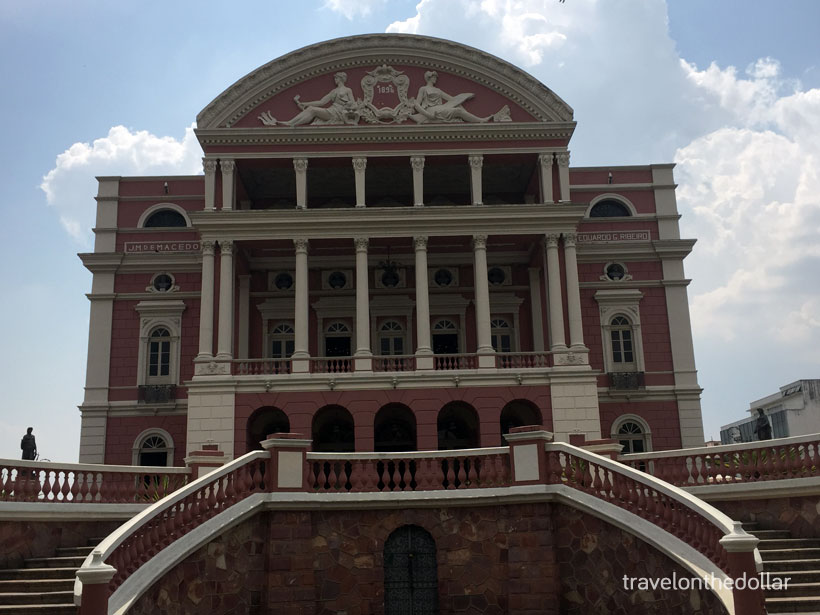 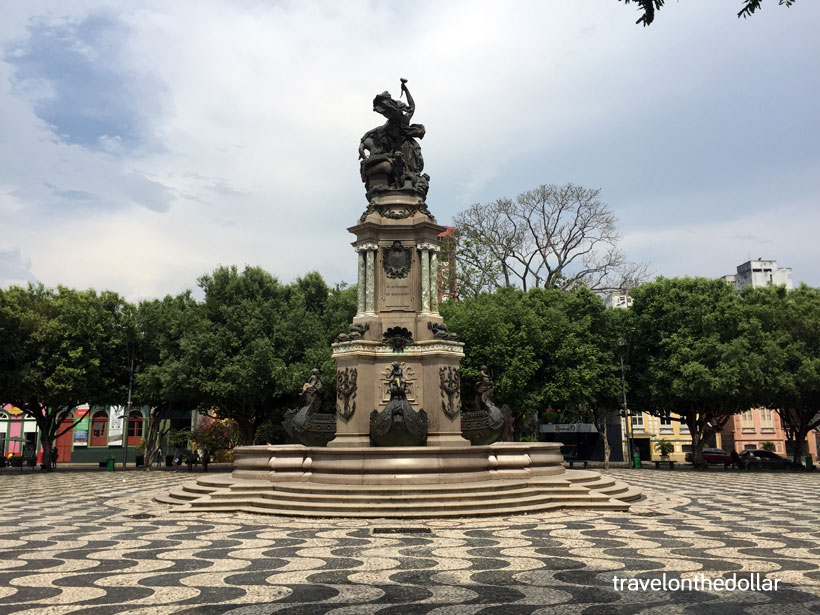 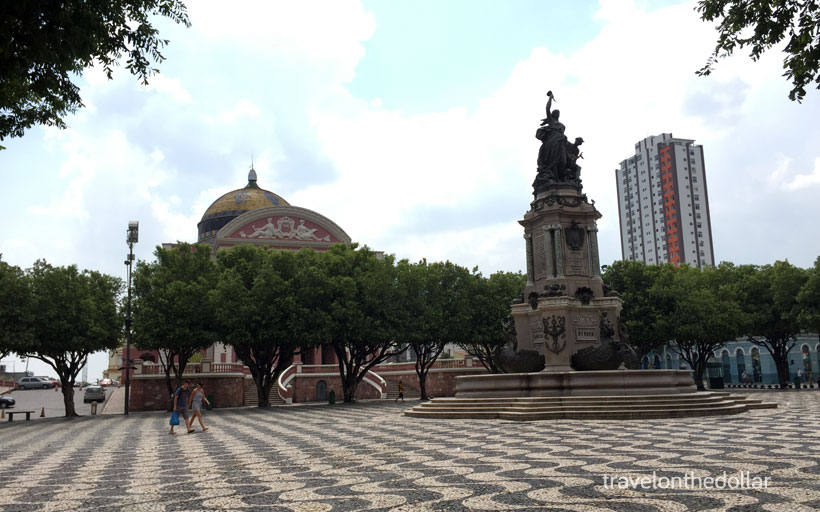 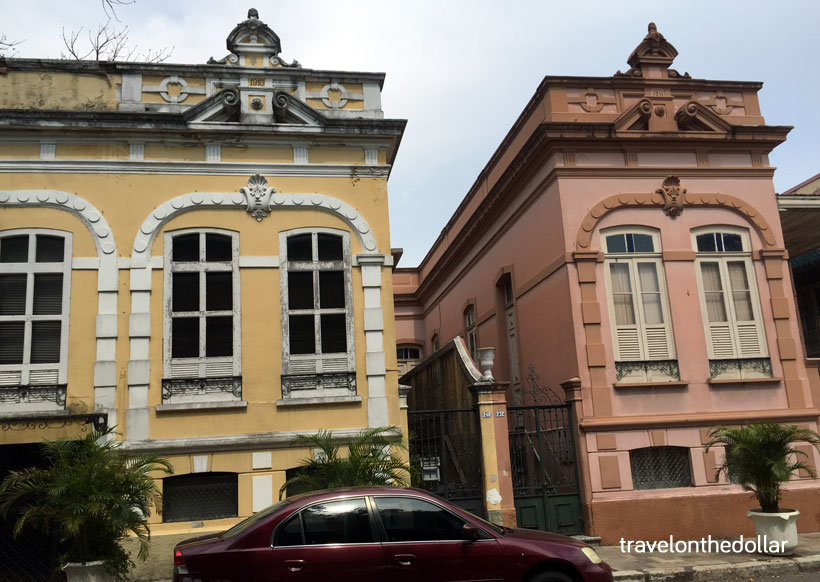 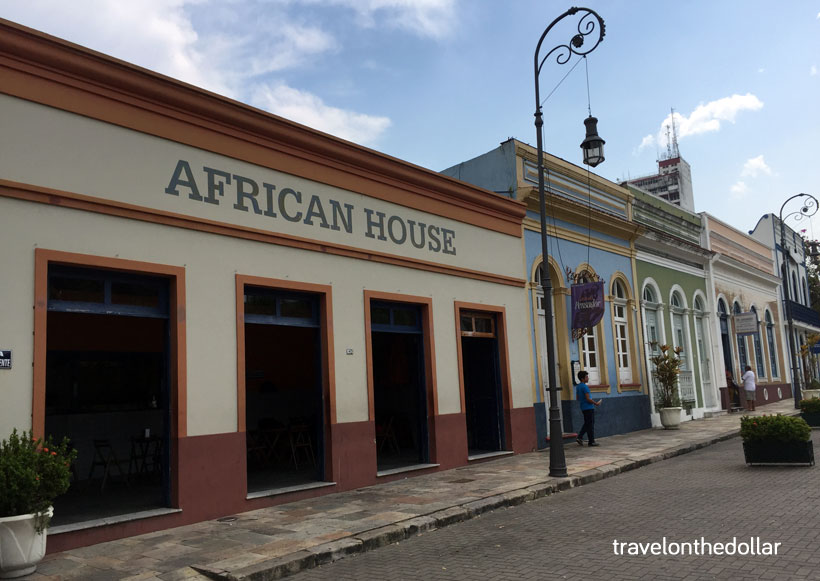 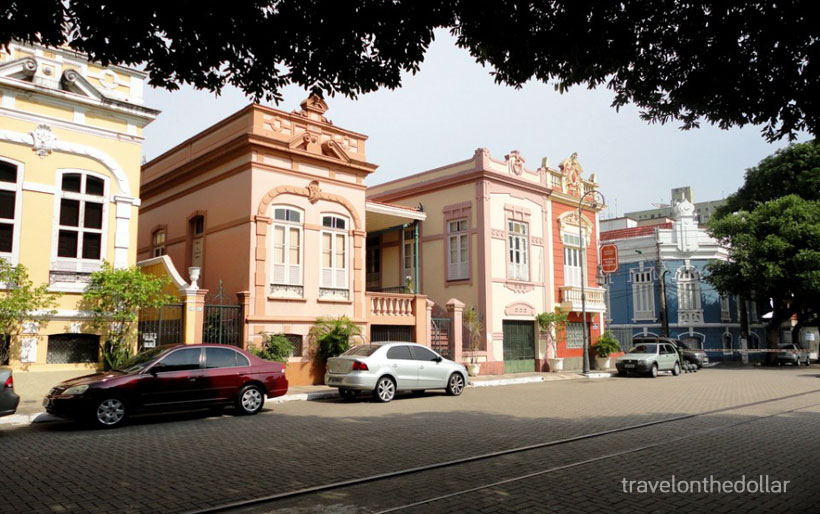 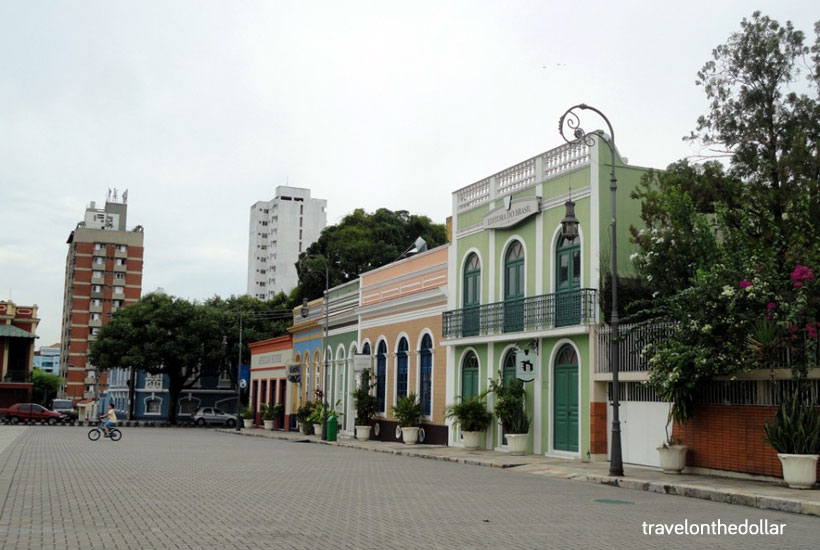 After lunch at a nearby restaurant, I wanted to go see the port, but I was instructed by the tour guide not to go there anytime of day or night because it was dangerous for tourists.

It was after 2pm by then and the day was scorching with the sun overhead and humidity levels at their peak. But one of the things to do in my itineraries is to get a postal stamp from the post office in my Postal Stamps Travelogue book, so a short walk from the Palacio Rio Negro was a visit to the post office.

From there it was 5 minute walk to the must-visit Mercado Adolpho Lisboa (Municipal Market) – the place for souvenirs, fresh produce and almost everything else locals would need. 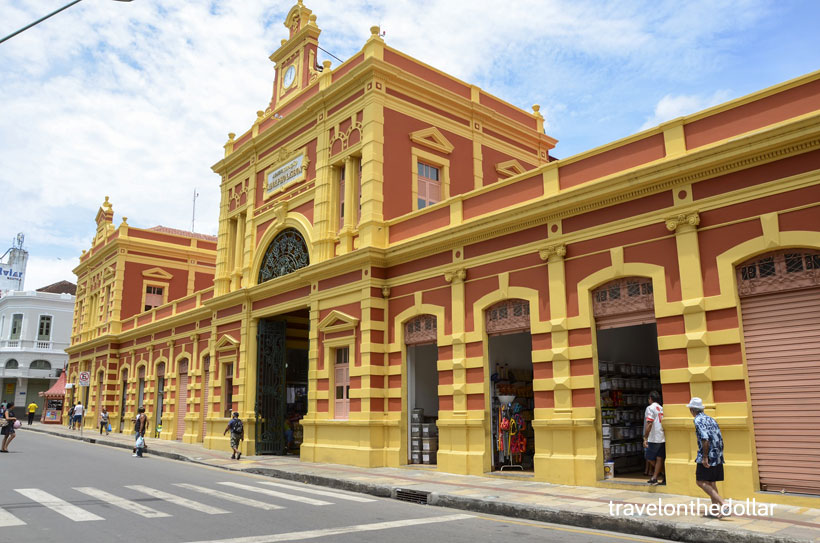 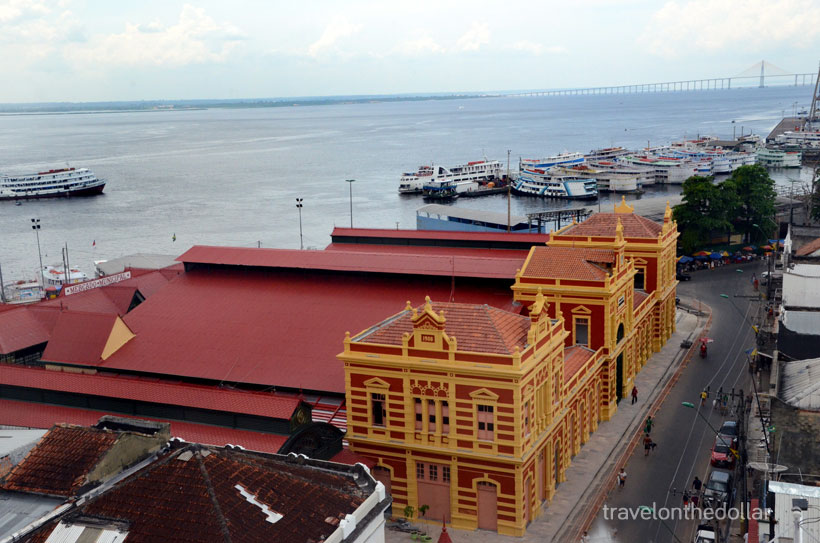 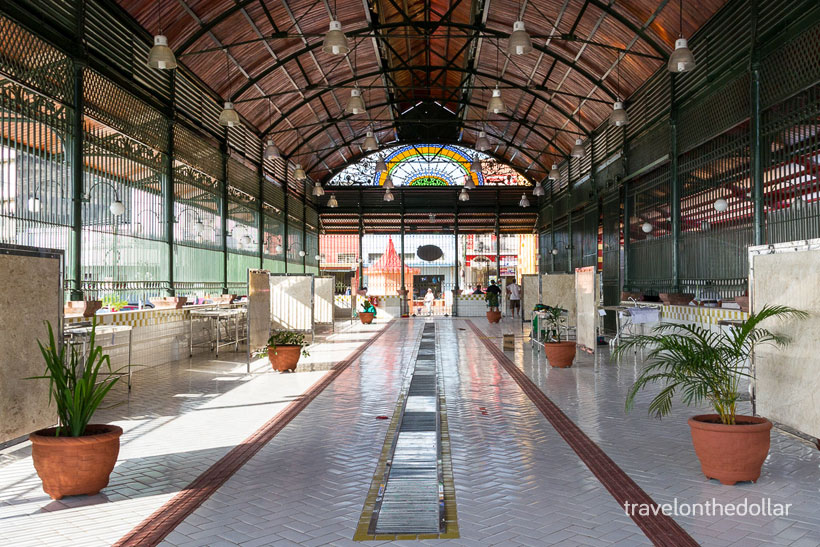 Being inside the market was the best thing to do in the heat, so I spent a lot of time tasting some fruits and delicacies while shopping for souvenirs.

Ending the afternoon, drenched in sweat, I decided to walk along Ave. Manaus Moderna, right behind the Municipal Market, then stop by for a while to look at the sunset, before heading back 15 minutes to the hotel, and calling it an early day.

Beginning of a three-day trip into Amazon.