I had booked the one-day Caves & Mountains tour with EcoTur. The tour costs BRL 150, and does not include lunch.

Armed in the most comfortable footwear we started our trip at 8:30 AM on a mini van with an eclectic all-ages-small-group of nature enthusiasts. An easy hike by the flowing tea colored waters of Mucugezinho River took us to our first stop; Poço do Diabo, a beautiful waterfall nestled in the untamed wild surroundings. 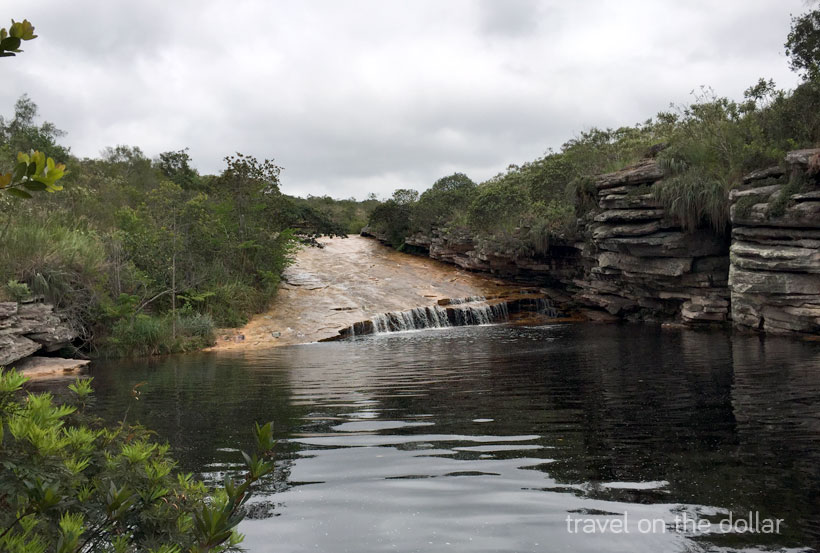 [On way to Poço do Diabo] 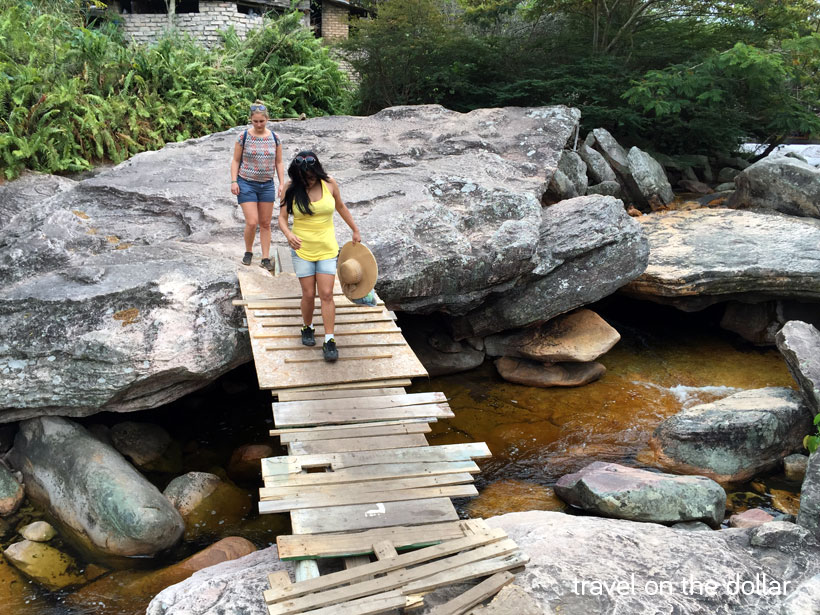 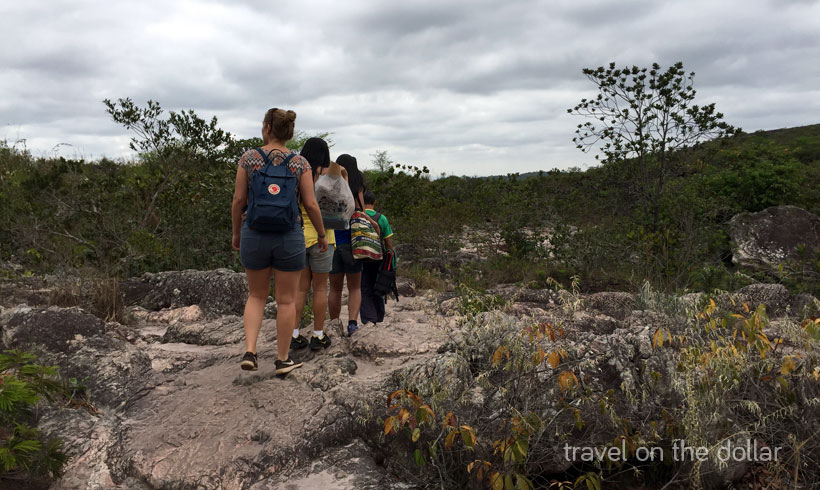 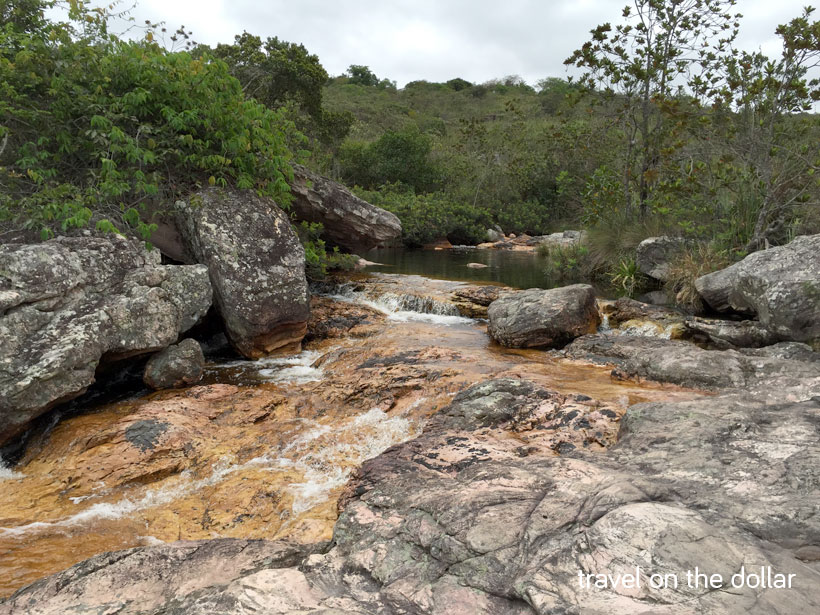 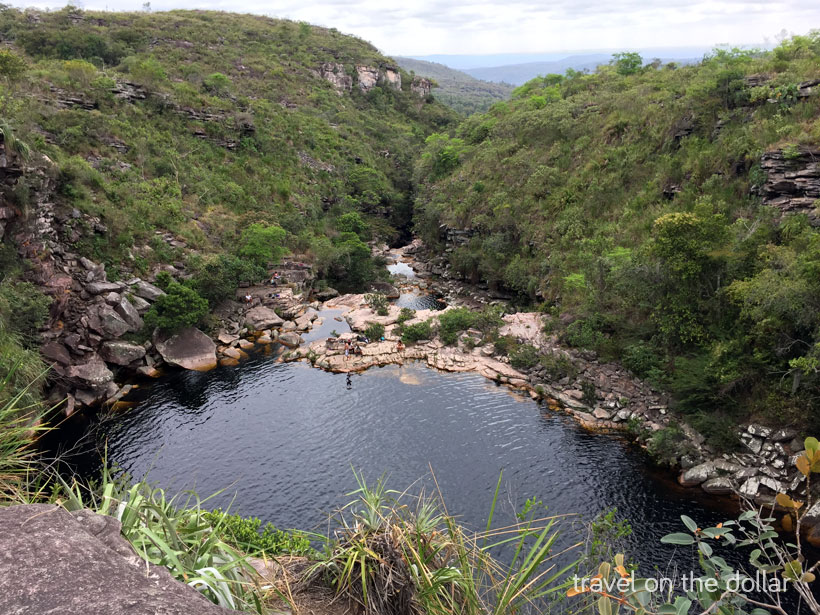 [Aerial view of Poço do Diabo] 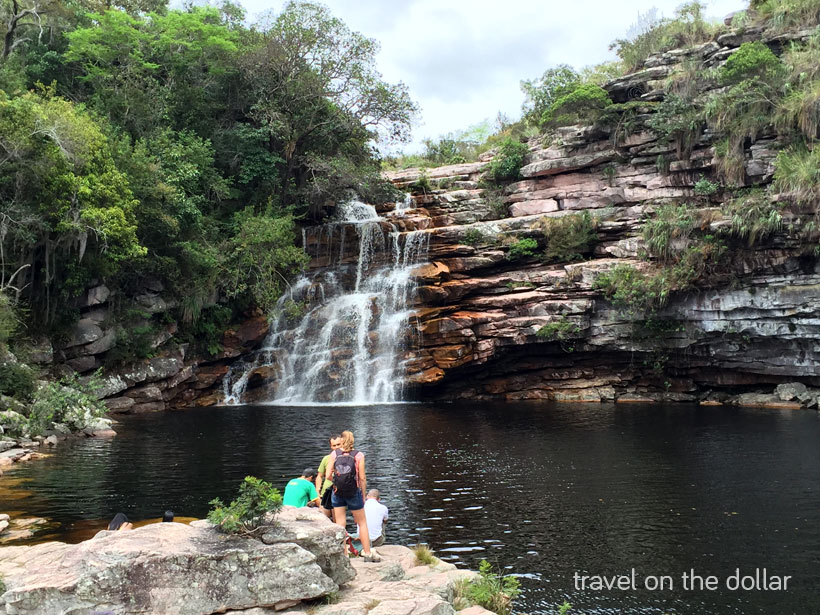 Swimming through the calming chilly waters all the to the gushing waterfalls was a refreshing delight.

Next stop was to hike about 15 minutes to the massive limestone cave – Gruta da Lapa Doce. Covering an area of 20 km, only 850 meters are open to the public to walk across this massive cave. The biggest space within the cave is 60m wide and the entrance to the Lapa Doce is 72m high. At one point, our guide asked us to sit down, turn off our headlamps and keep perfect silence – this made the whole experience creepily worthwhile. 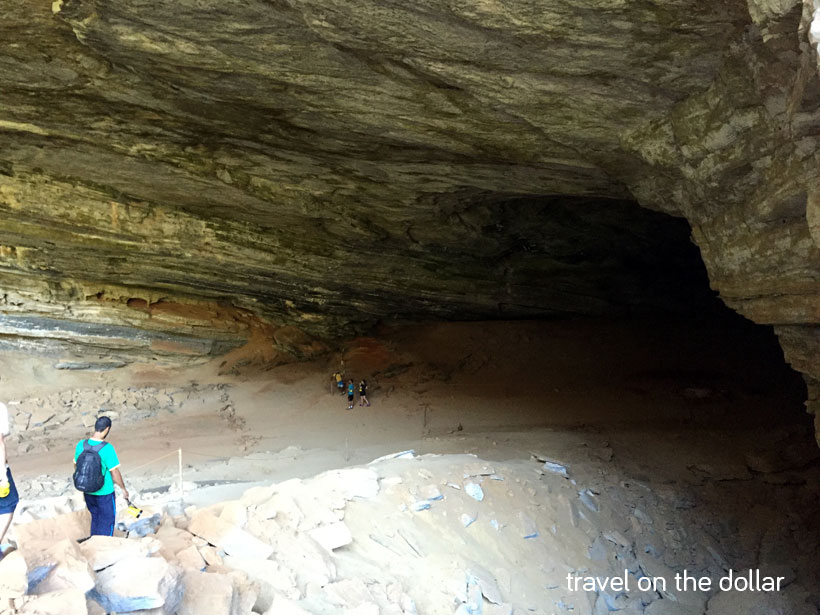 [Entrance to the cave] 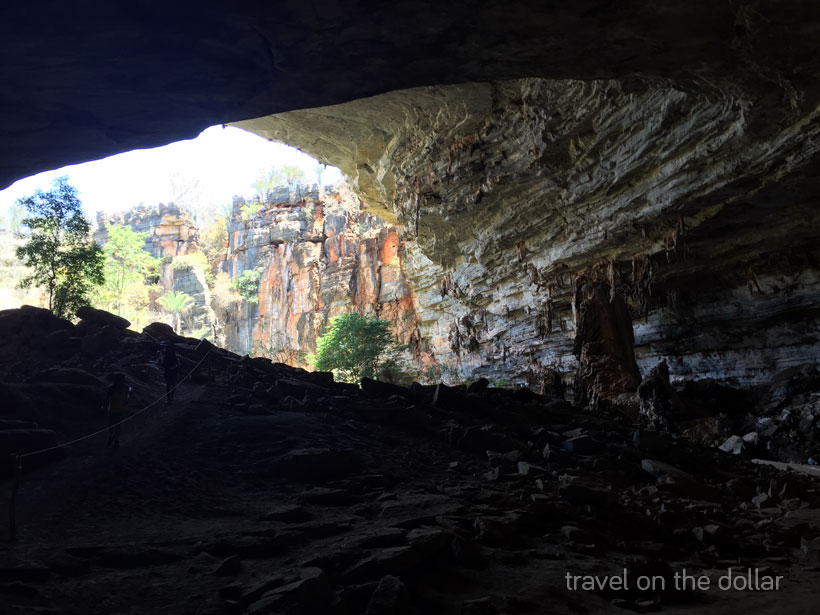 [Entrance to the cave from inside] 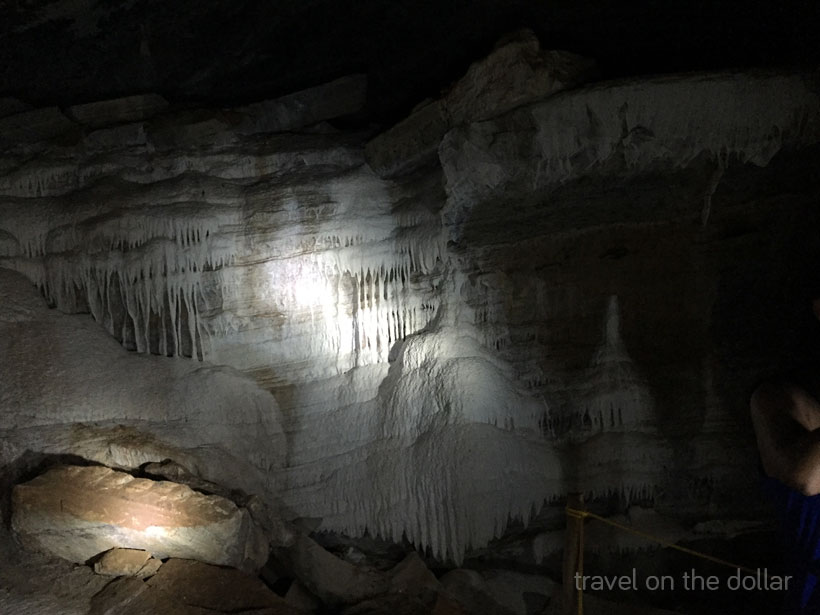 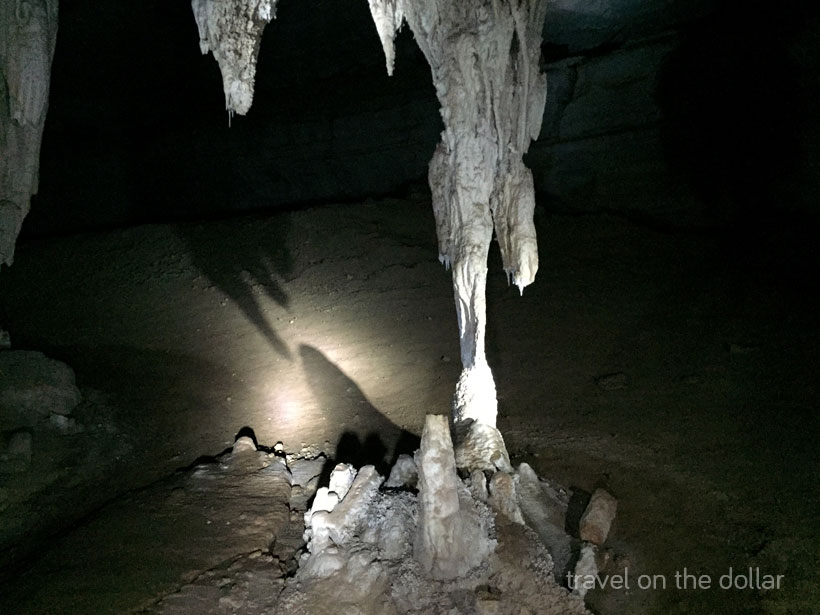 [Meeting of a stalagmite and stalactite in Gruta da Lapa Doce] 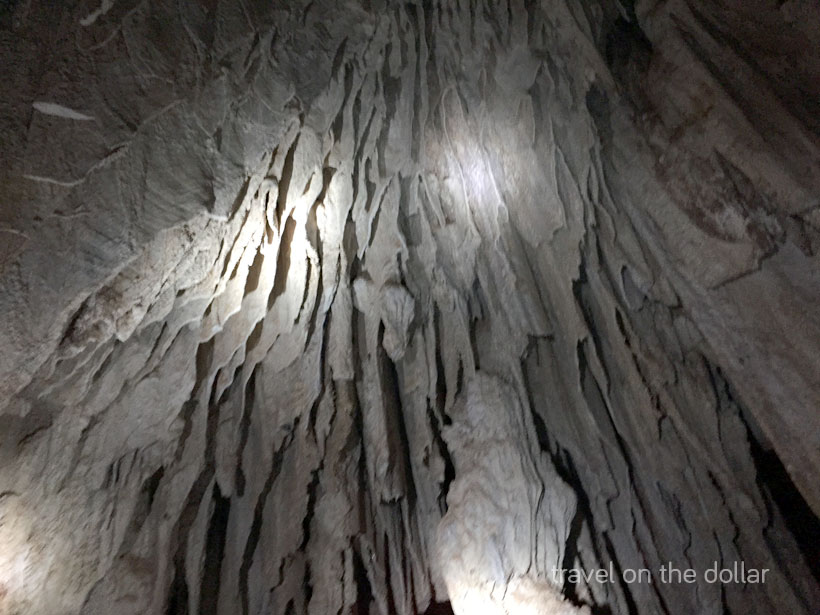 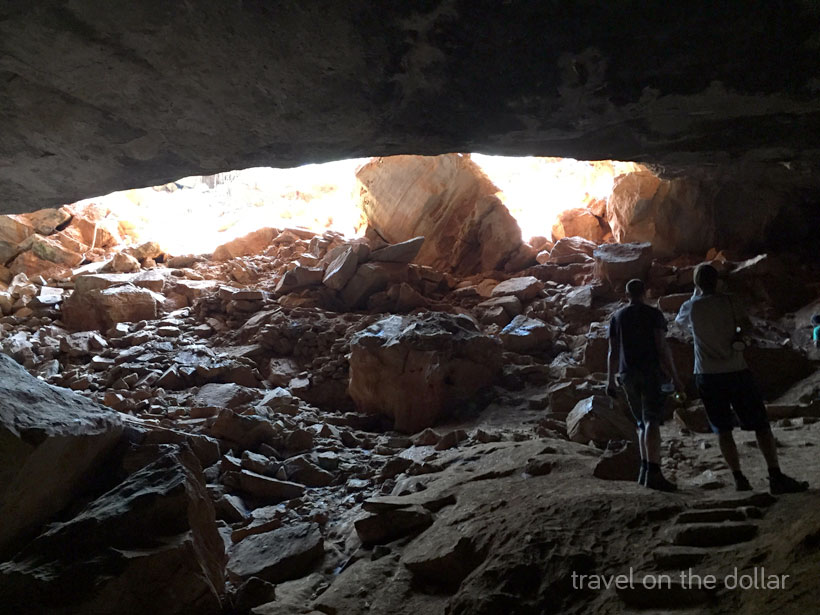 [Exit of the cave from inside]

If you ever get separated from your group and the head lamp stops working you will never be able to find your way out of the caves on your own in that dooming cold darkness!

After a short drive and a hike down the steep stairs, we arrived at the spectacular Gruta Azul, a splendid, water reserve on the other end of cave system radiating sheer turquoise color that is illuminated by the particular angle of rays of sun. 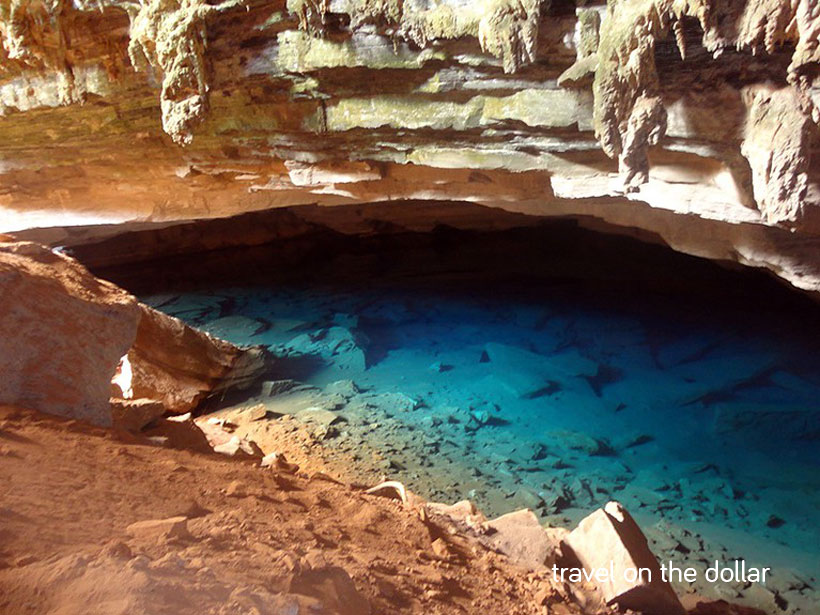 After that we were driven to Gruta da Pratinha, a beautiful spot for indulging in snorkeling in an under water cave system. The waters flow in to the Pratinha river, with a high concentration of minerals that turns the water blue in the sunlight. 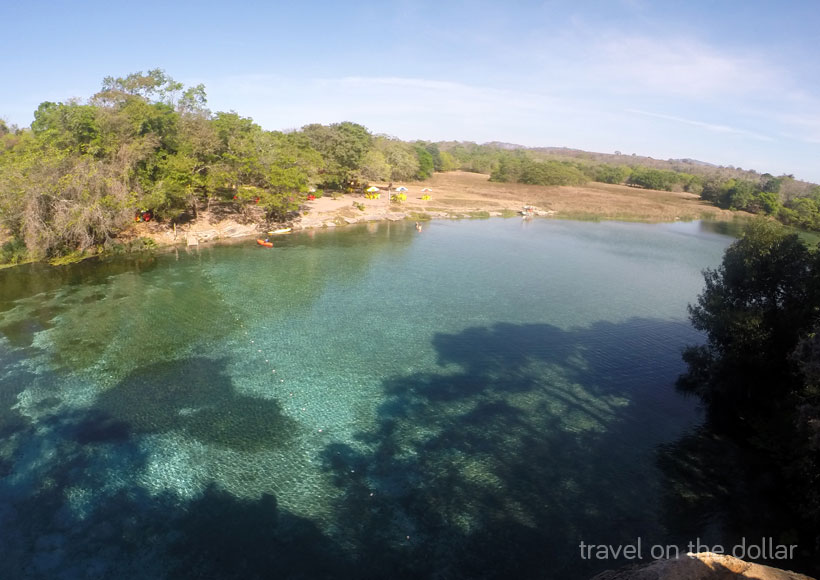 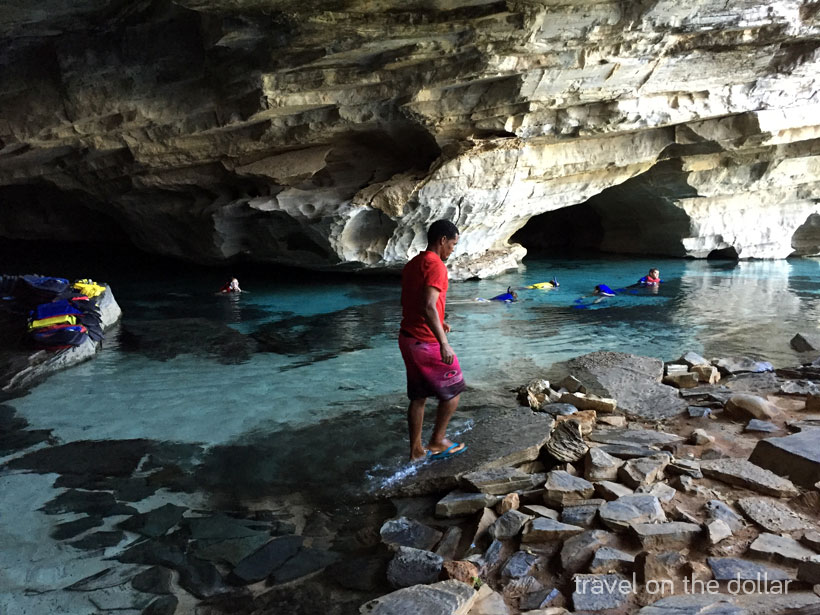 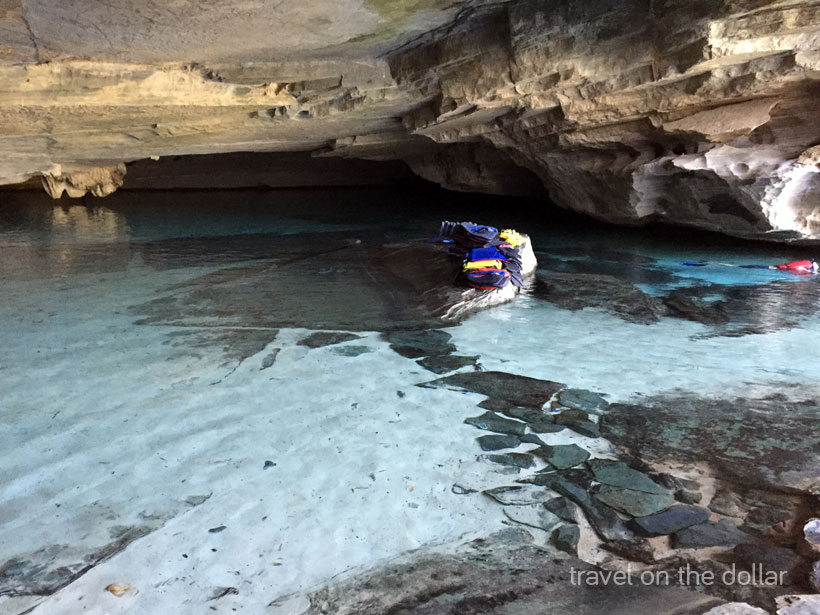 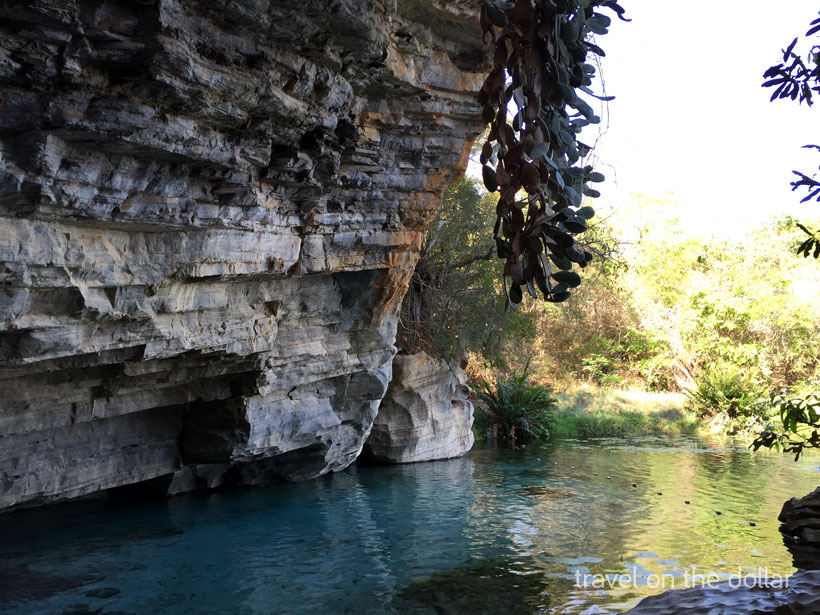 [Gruta da Pratinha where water flows in to Pratinha river] 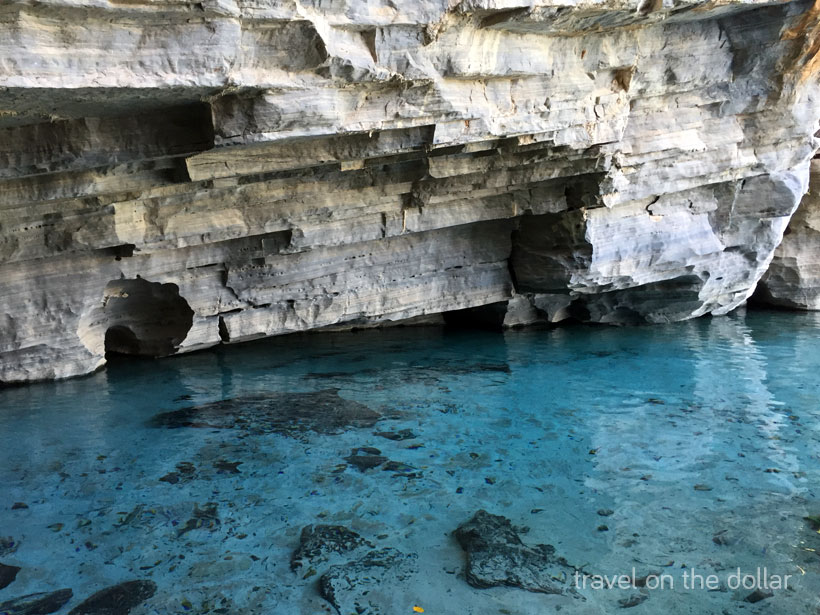 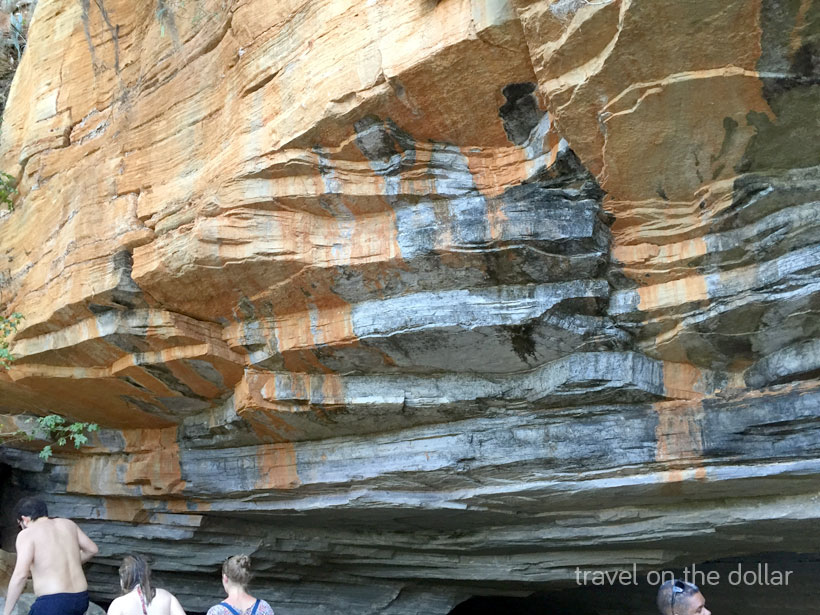 [The walls of Gruta da Pratinha] 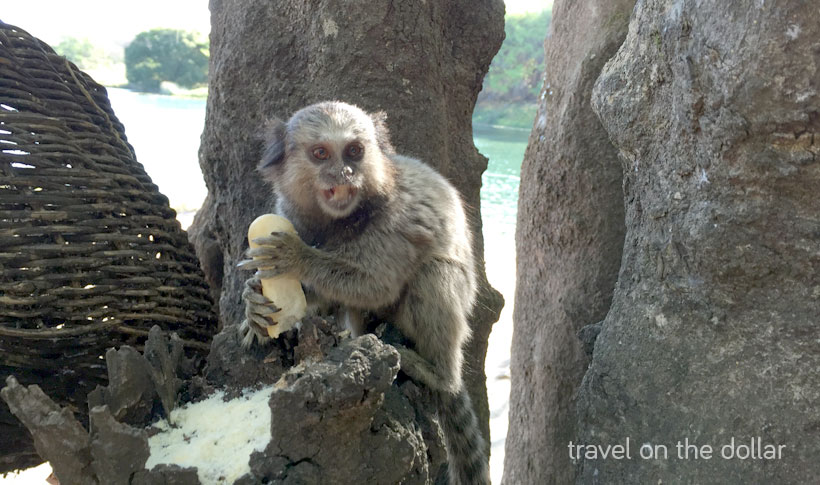 It was evening and we had to rush to the last stop on this tour so we could experience the spectacular sunset from Morro do Pai Inacio. At height of 1,150 meters above sea level, the hike takes about 30 minutes to the breathtaking valley views of Alto do Pai Inacio. 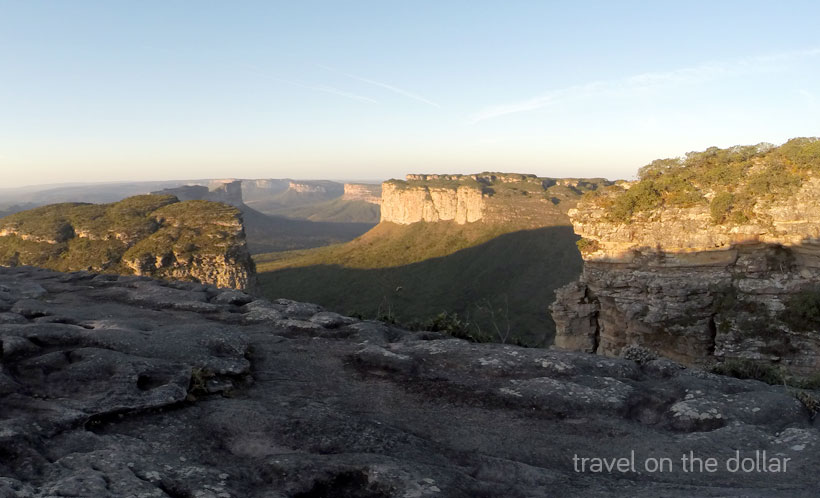 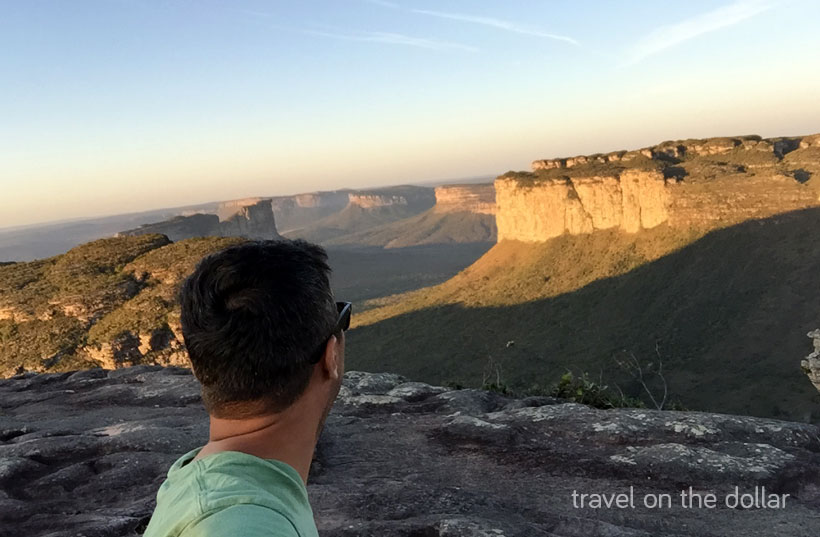 On top of the mountain our guide narrated us a fascinating story of brave handsome salve “Inácio” who escaped from the guns of a colonel whose daughter he fell in love, just with help of an umbrella from those heights!

We hiked down past sunset and after a 40 minute ride in the car, we were back to Lençóis. After a quick shower, I had dinner at Maria Bonita restaurant.