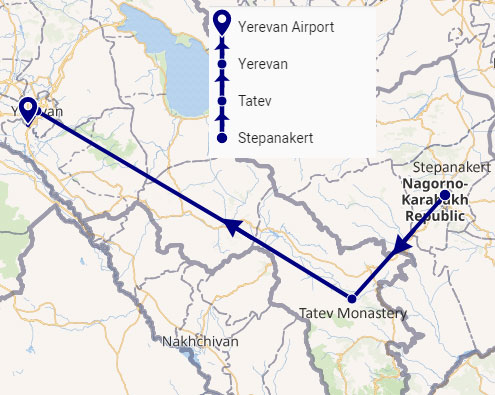 After breakfast at the hostel, we started driving from Stepanakert to Yerevan, but first off was to stop at the post office to get a postal mark in my Postal Stamp Travelogue book.

Next up was to see the famous statues of Tatik & Papik (Grandma & Grandpa in Armenian). Officially known as “We Are Our Mountains”, this is a large monument just north of Stepanakert, the capital city of the de facto independent Republic of Artsakh. The sculpture, completed in 1967 by Sargis Baghdasaryan, is widely regarded as a symbol of the Armenian heritage of Nagorno-Karabakh. It is said that ‘Papik’ (grandpa) is Armenian, and ‘Tatik’ (grandma) is Azeri because of the veil on her head and face covered indicating Islamic culture of Azerbaijan. 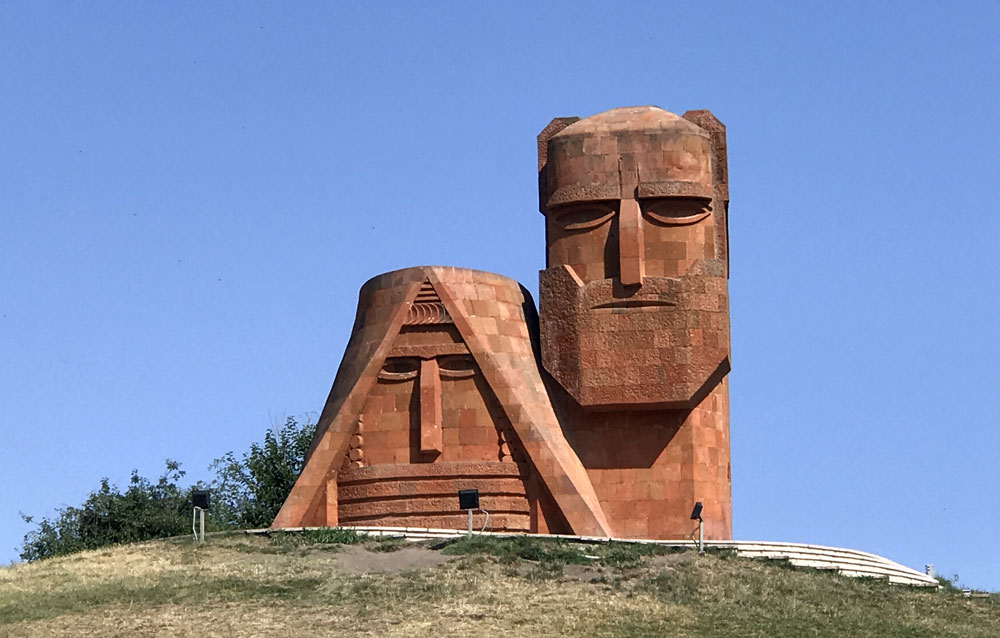 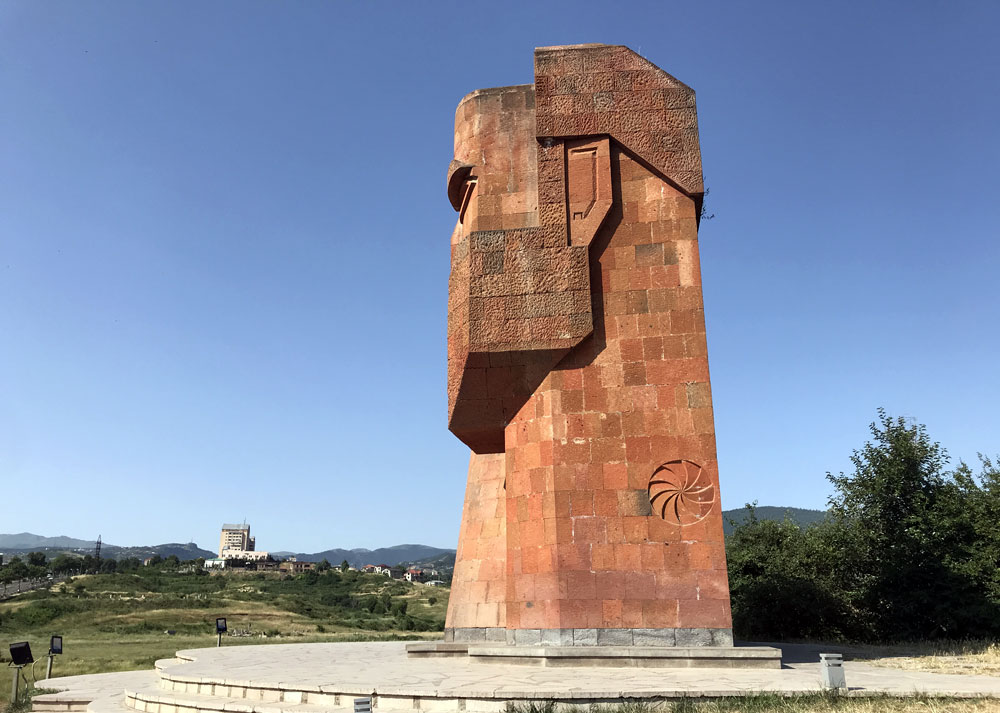 [The ear & receding hairline of Papik at Tatik-Papik, Stepanakert, Artsakh]

A few photo ops at the statues later we went to the local market to see all the things that are sold, especially the food! The first stall we cam across sold stuffed flat-bread called “Zhingalo Hats”. The women at the stall were kind enough to make fresh breads for us that we packed them for lunch along the way. Each of these costs AMD 250 (approx $0.52), so I got two or myself! 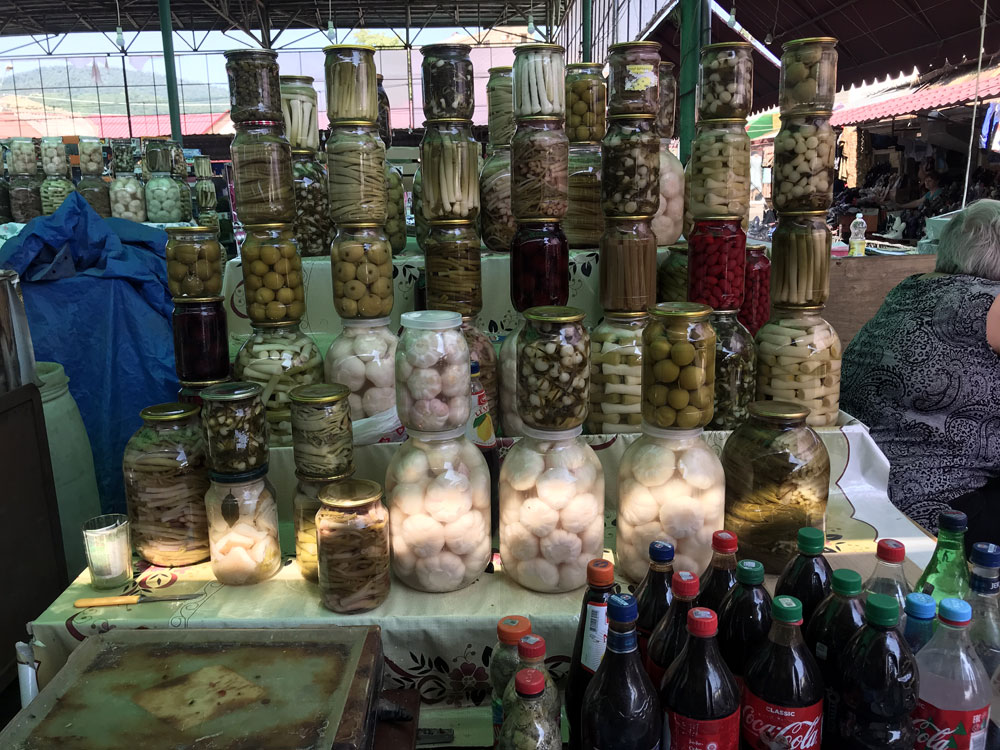 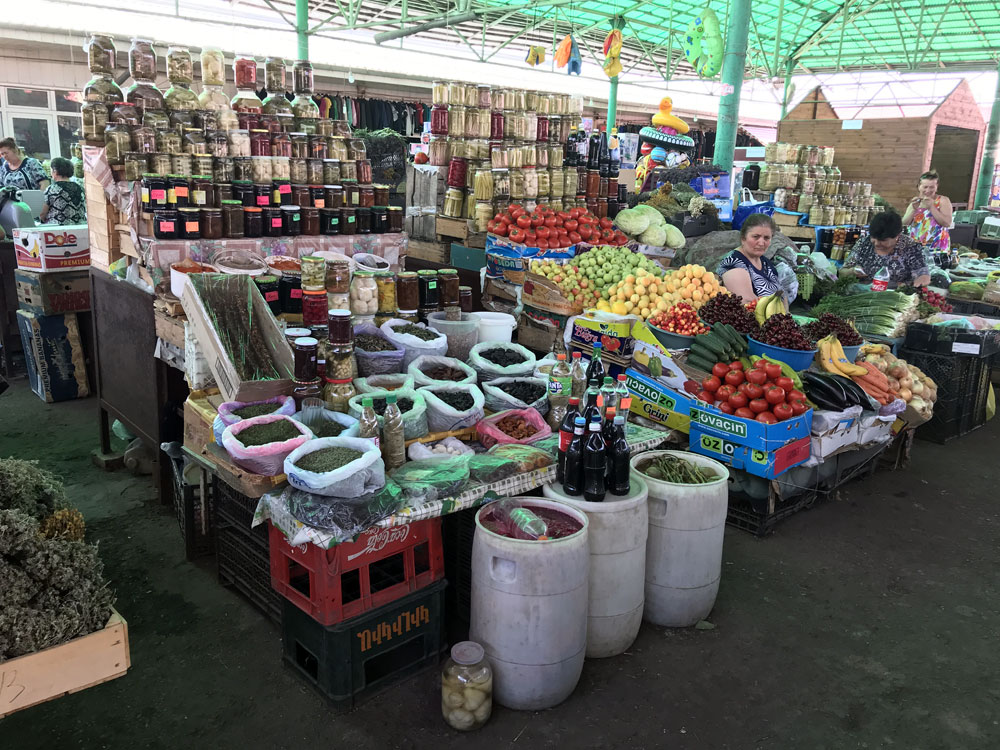 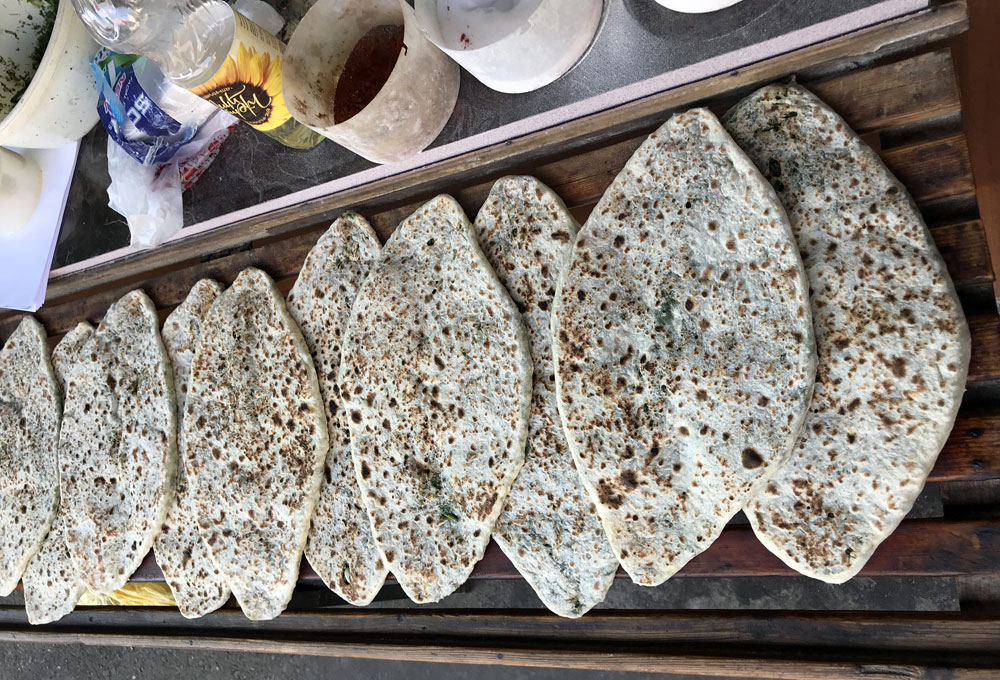 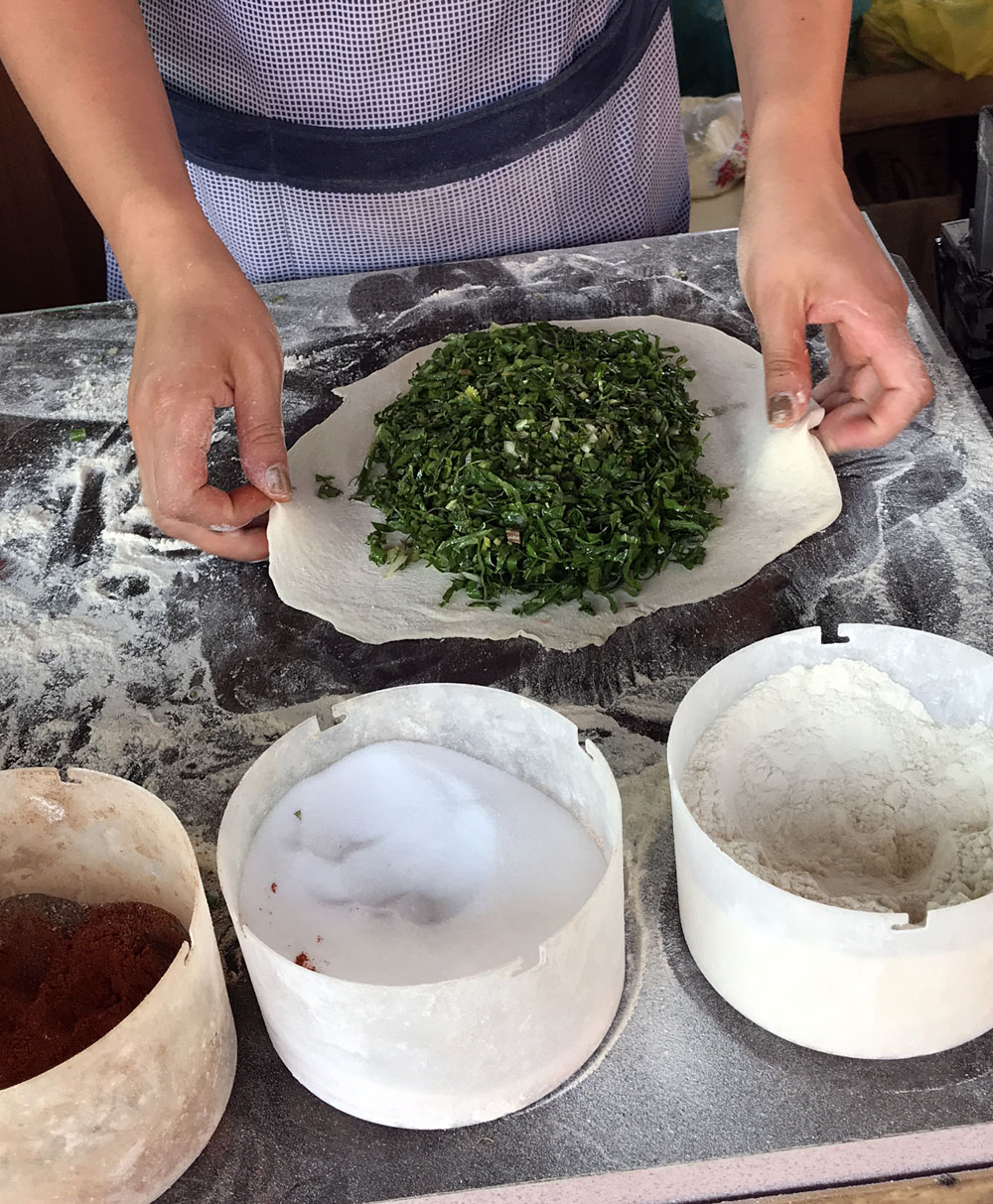 After the market, we stopped by the Monument of Fallen Soldiers of Armenia & Azerbaijan built by Soviet Russia post World War II. Some of the writings on the tombstones that had Azeri names are defaced during the Nagorno-Karabakh war. 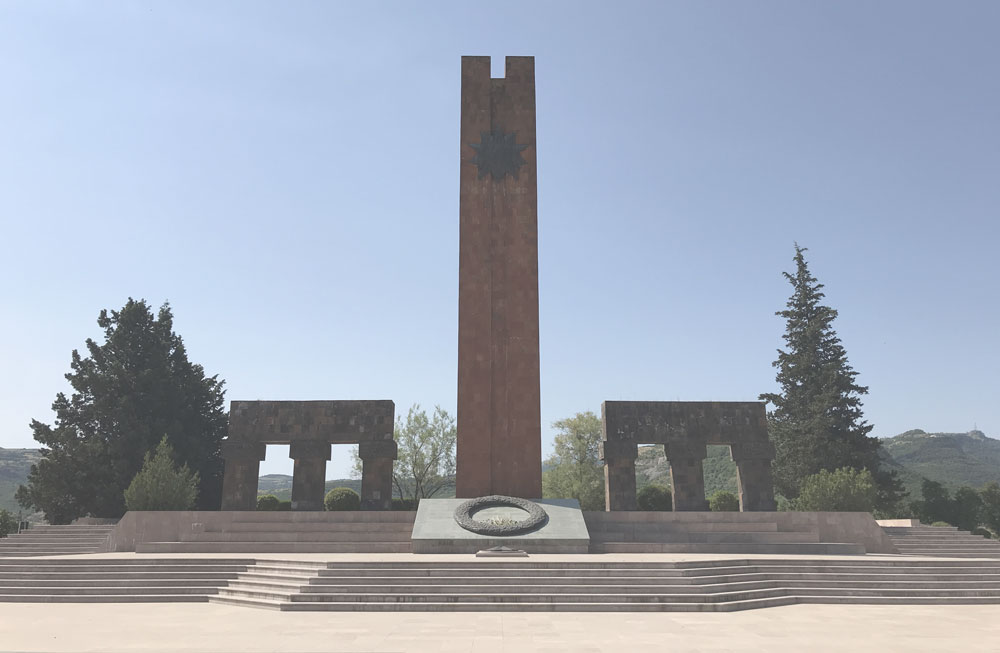 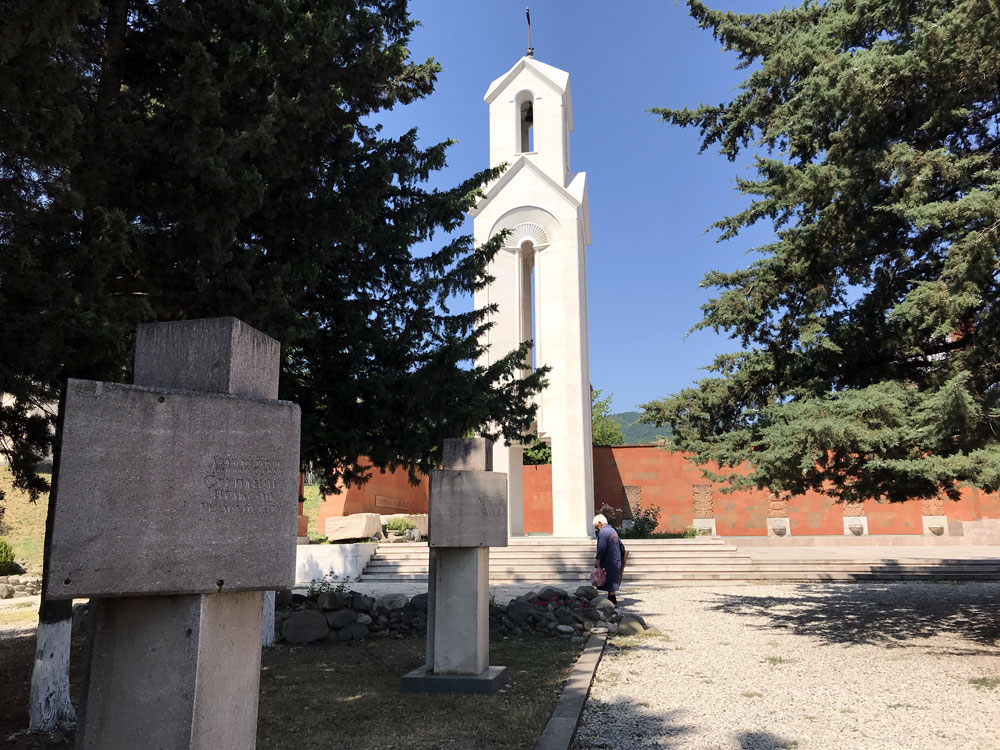 [The tombstones on the left were built by Soviet Russia, while the white chapel was built by Armenia recently]

It was past 10am when we started driving back to Armenia from Stepanakert, with our destination to be Tatev Monastery. It takes about 2.5-3 hours with a quick stop at the Artsakh-Armenia border to hand over the registration paper.

While passing through the Lachin corridor, I stopped by the local post office to get a postal mark in my Postal Stamp Travelogue book.

To reach the monastery, you can either drive there, or go to the town of Halidzor and take the cable-car to Tatev Monastery. Called Wings of Tatev, this cable car was opened in 2010 and traverses over 5.7 km (3.5 miles) in about 15 minutes. The cable car was originally built to bring visitors to the region, and to make the remote Tatev Monastery a little closer. Thousands of tourists ride the Wings of Tatev every year, especially important given that the ticket money goes towards restoring the monastery and improving tourism in Tatev.

Having reached the cable car entrance at Tatev Monastery at around 12:30pm, I took the next cable car at 12:45pm. Note that a return trip on the cable car costs AMD 7000 for fixed times. This means that you must select your departure time gondola and your arrival time gondola. These times will be printed on the ticket, and if you miss your gondola, then there’s a fine to be paid. If you are unsure of how long you’ll need at the Monastery, then you can buy an ‘open time’ ticket for AMD 9000.

We had a target to reach Yerevan by 8pm latest as I had a flight to catch. And since we had a long drive ahead of us, I decided to get back within an hour.

Note that you can drive the whole way to the Monastery and need not take the cable-car, but apart from the joyride of the gondola, the views from the cable-car are stunning and worth the money! 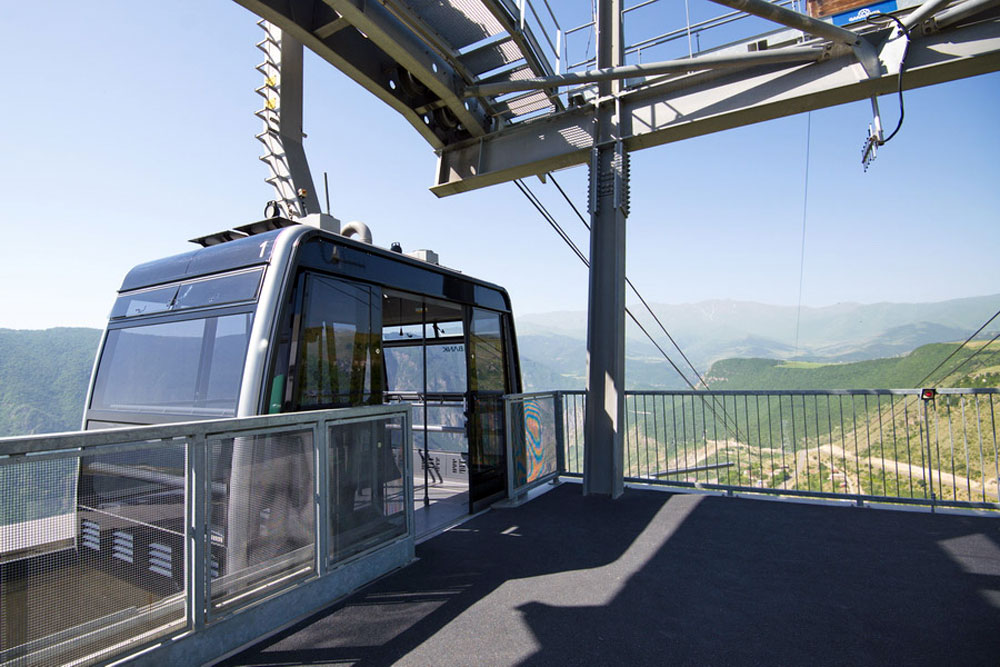 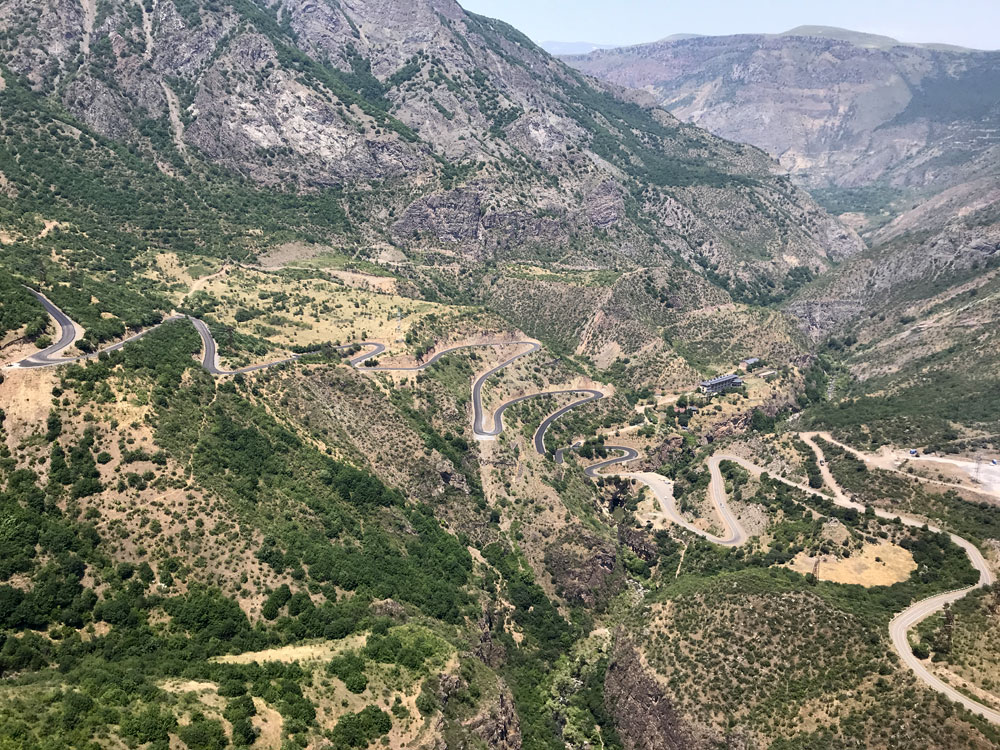 [Views of winding roads in the valley of Tatev] 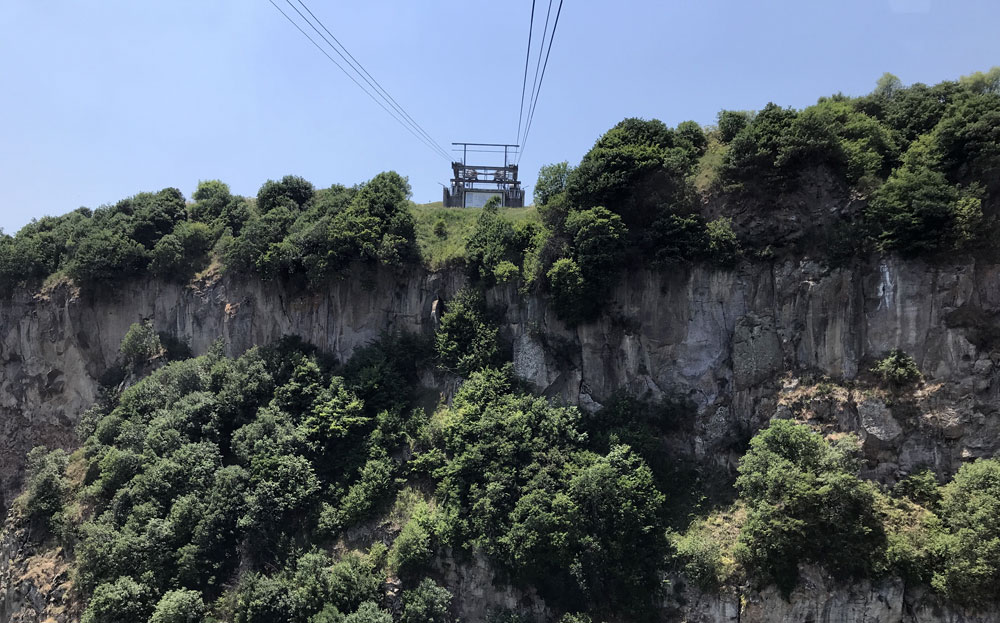 [Reaching the destination station of cable-car]

The jewel of medieval Armenian architecture, Tatev, was constructed in the 9th-13th centuries. In the past, Tatev was difficult to reach, because the winding road had to descend the steep walls of a gorge, and cross a river on the Devil’s Bridge, but now Tatev is easily accessible by the world’s longest reversible cable car.

Tatev Monastery is in the center of the Marz of Syunik, near the village of Tatev, on a cliff overlooking the right bank of the Vorotan River. Such a remote position was strategically favorable as the monastery was simultaneously the religious and political center of Syunik Principality, and needed to be defended. Tatev collected taxes from hundreds of villages, making it a rich monastery and educational institute.

The oldest parts of the church date back to the 6th century, with a belfry and copper bells made in the 14th century. The monastery was practically destroyed by an earthquake, but it was restored in the 17th century. Following the invasion of the Persians in the 18th century, Tatev was abandoned.

Today, the architectural complex is presented to us in all its greatness. The center of the complex is occupied by St. Peter and Paul Church (Surb Pogos Petros), the main and largest structure of the monastery.

The architecture of the cathedral is a little archaic; however, there are also some new forms present in the design. Especially noticeable are big external volumes of the church dome, and the high round drum topped with umbellate dome. The bas-reliefs decorating the windows are interesting – each of them is a human face with snakes’ heads facing them. The huge cathedral used to be painted with frescos, which have partially survived. The frescoes were done with help from French students, who came to Tatev on the earliest of exchange programs.

One of the most unique monuments is a column called Gavazan. This was originally a pagan monument, built to line up with Orion’s Belt on August 11, when Armenians used to celebrate the New Year. This date is special, since Orion’s Belt is perfectly vertical on this date. When the column was rebuilt in 904, religious figures explained that the three stars of Orion’s Belt represented the Holy Trinity, though the pagan history was hard to miss. 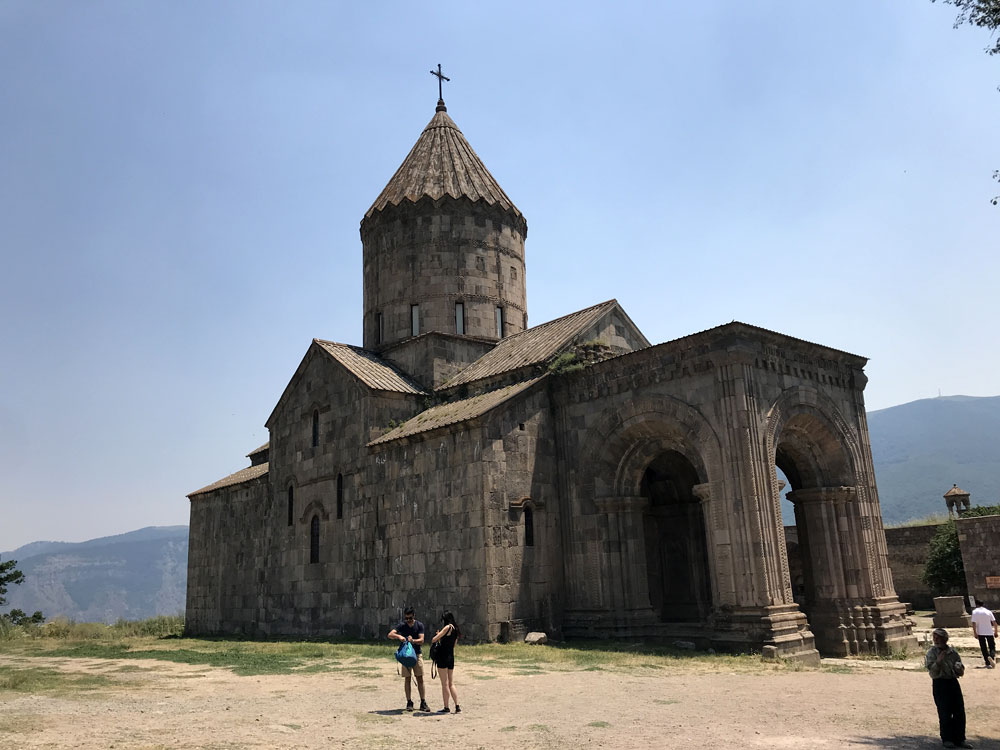 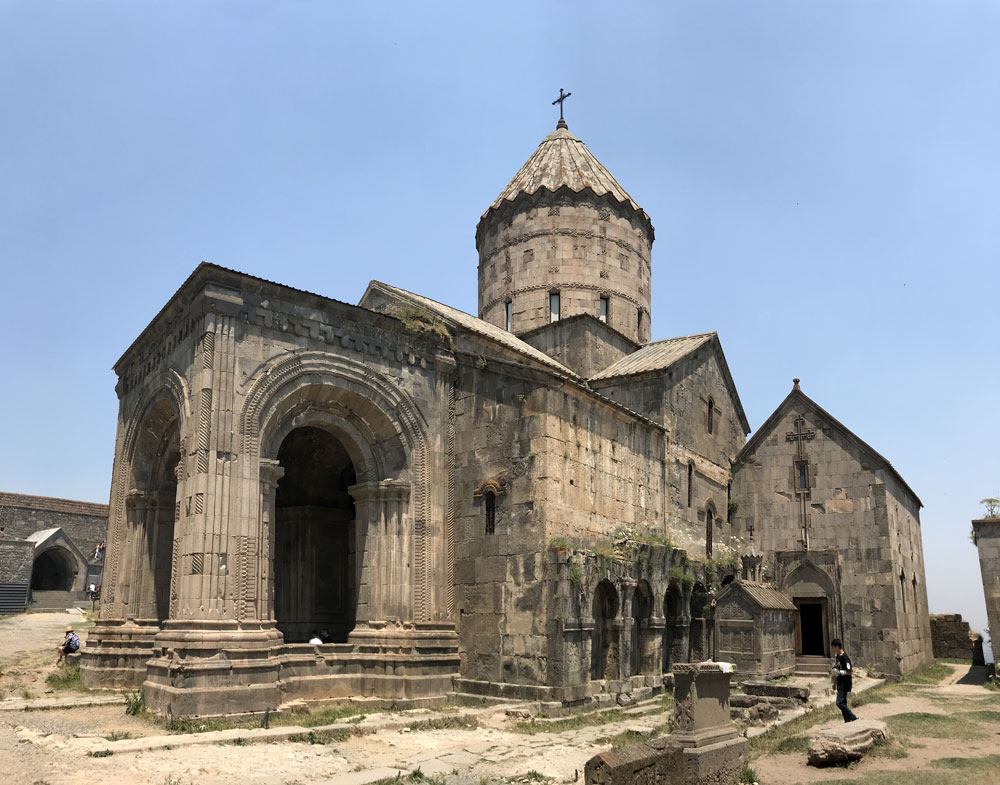 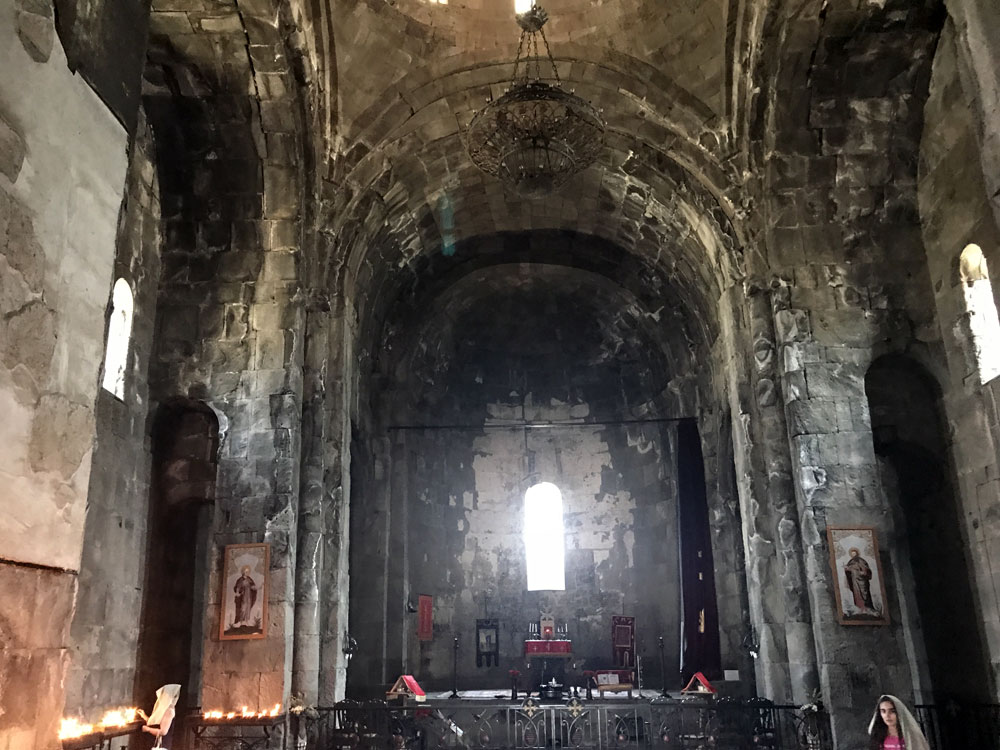 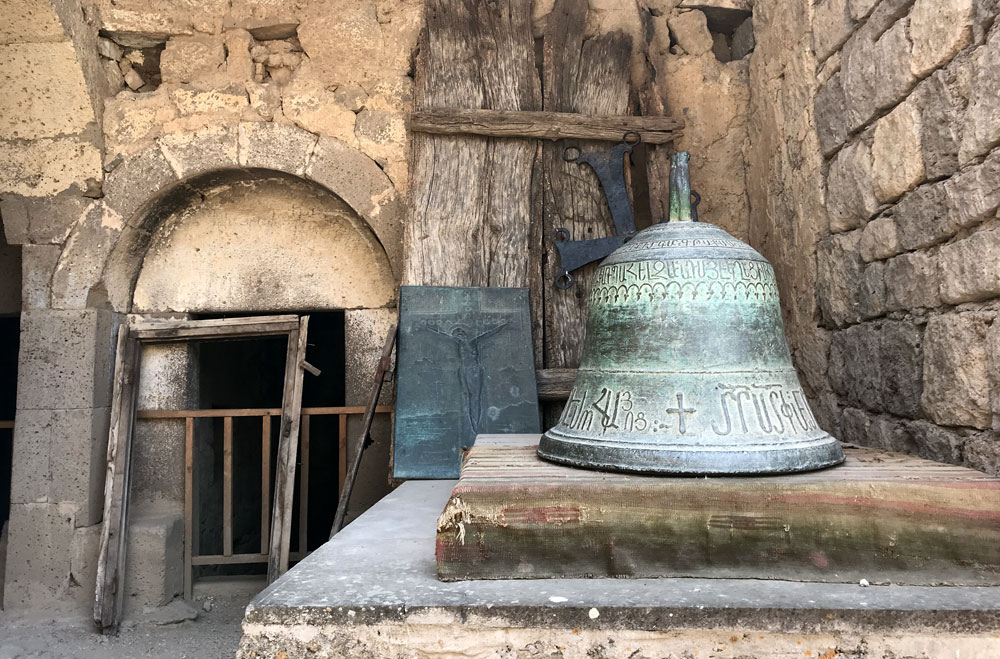 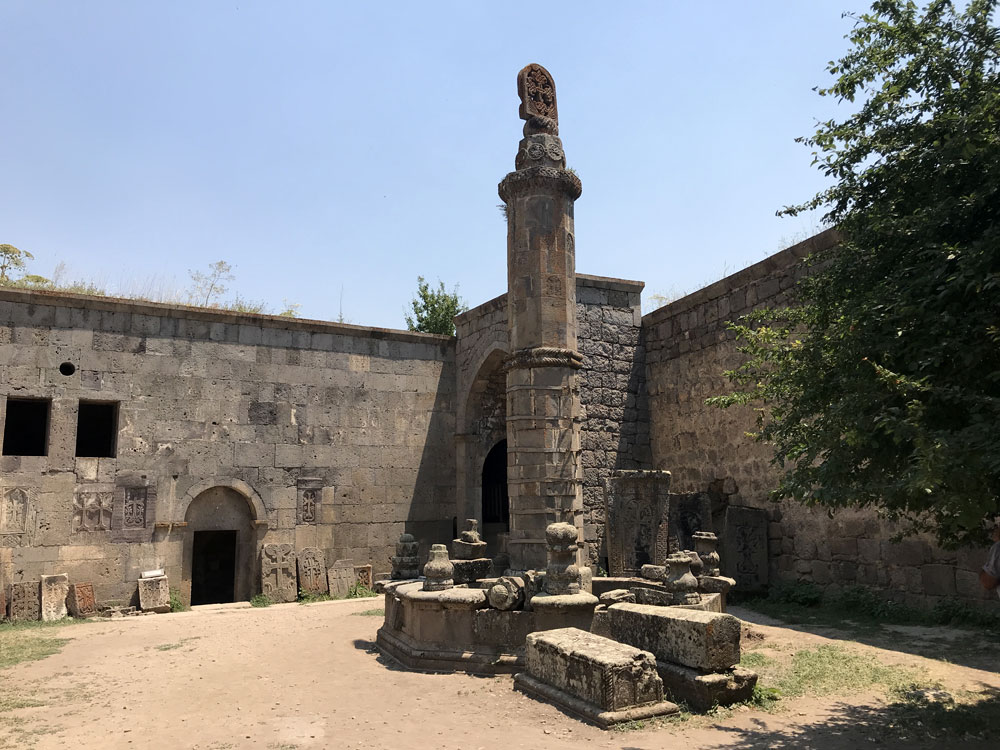 [A column called Gavazan. This was originally a pagan monument, built to line up with Orion’s Belt on August 11, when Armenians used to celebrate the New Year] 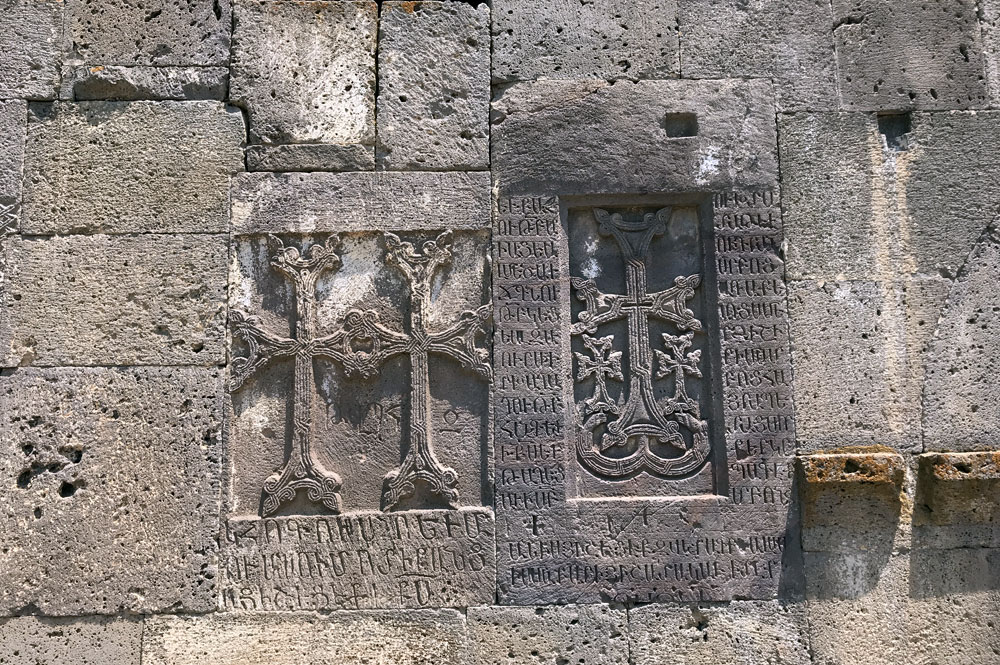 After a 5 hour drive from Tatev Monastery to Yerevan, with a few toilet & one coffee break, I reach Hostel Bivouac past 7pm. I had requested the receptionist to allow me to relax at the hostel until I was ready to leave for the airport at 11pm, for my 3am flight. So after some freshening up, I headed out to this tiny Syrian restaurant right across from the hostel for dinner and shisha!

I met a fellow traveler at the hostel who was taking the same flight as mine, so we decided to share a taxi to the airport around 11pm. This was the end of my amazing trip to Armenia (and Artsakh).

Sights of Stepanakert, then to Tatev Monastery & back to Yerevan.