Bateshwar, Padavali, and Mitaoli are a half day trip from Gwalior, in the state of Madhya Pradesh in India. It is very useful having a guide – the information in this post is mostly courtesy to the guide.

Bateshwar was the site of 200+ temples, from the 8th-10th century, that toppled in an earthquake. The Archaeological Survey of India (ASI) is rebuilding each temple, literally stone by stone. Each stone is cataloged and its place found. It is like a life size 3D jigsaw puzzle. Hats off to the ASI.

They have completed 88 so far. The people working there are very friendly and most willing to talk about their work and educate visitors. Interestingly, the Shiva and some Vishnu temples share the architectural style of the Orissa temples – though they are geographically quite far apart. The carving is beautiful and lots of stories are told through them. 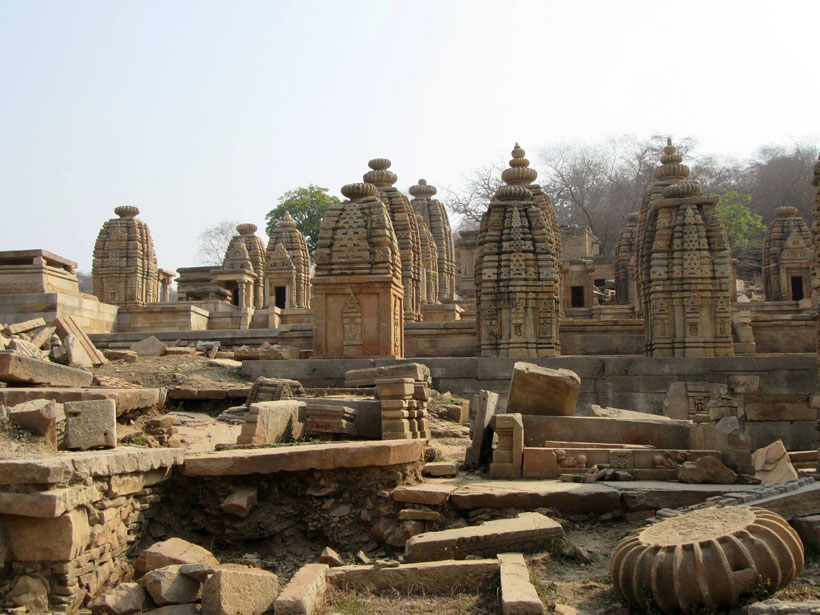 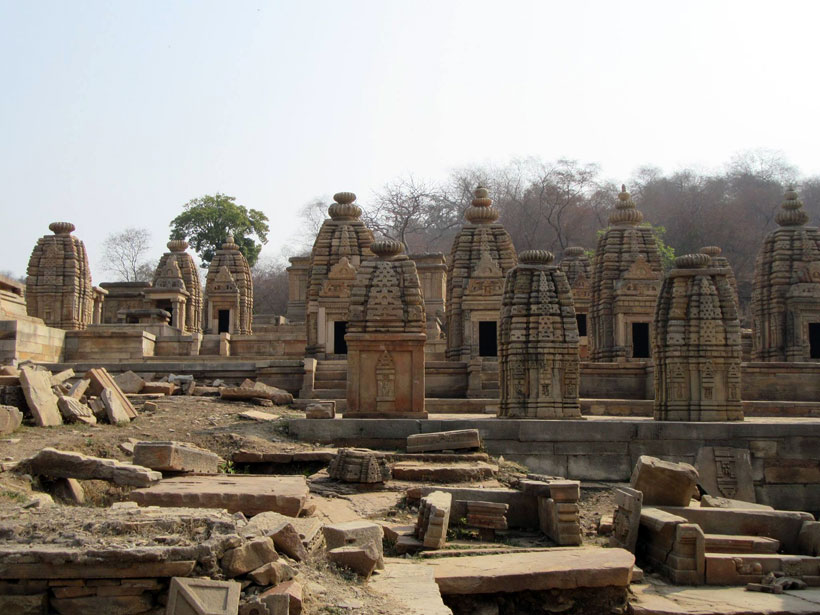 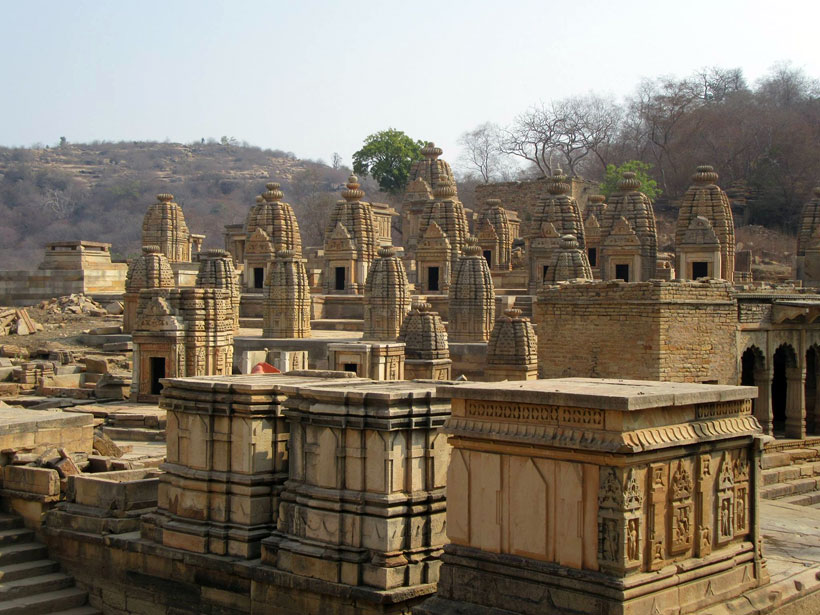 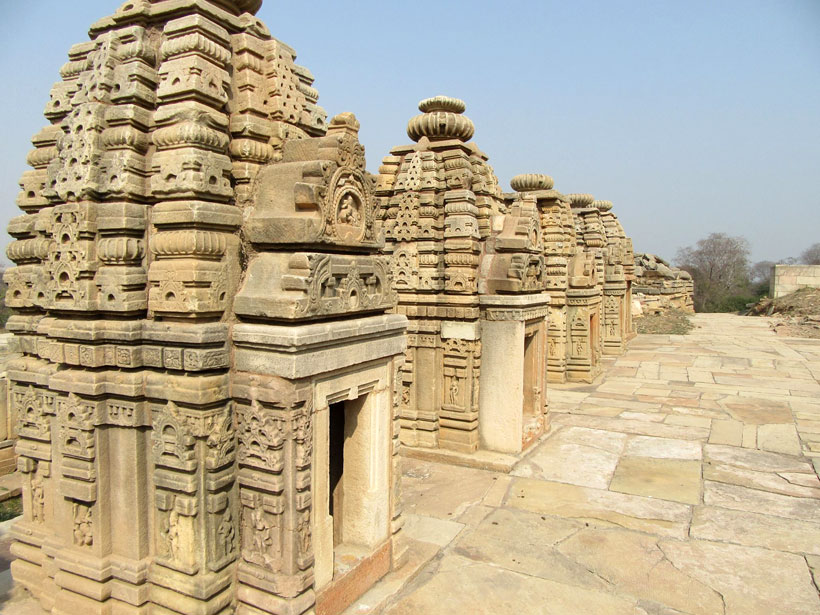 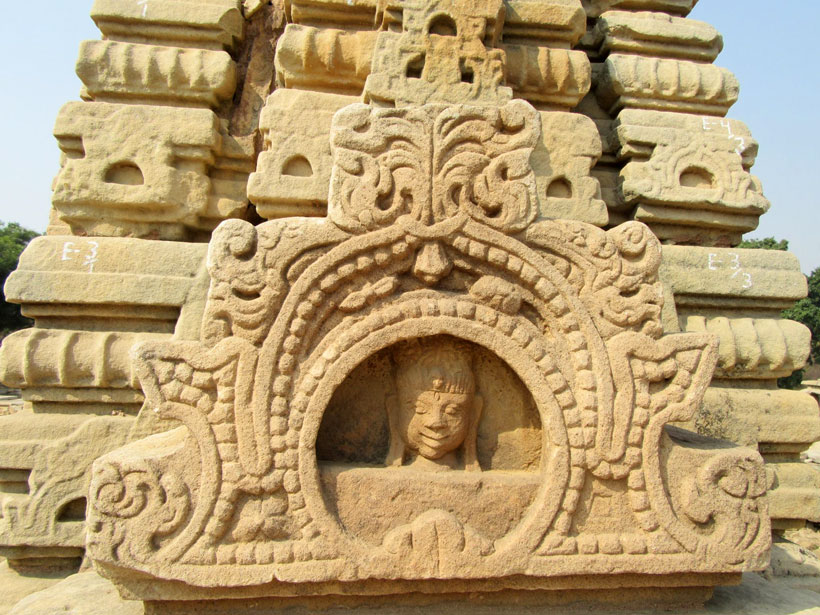 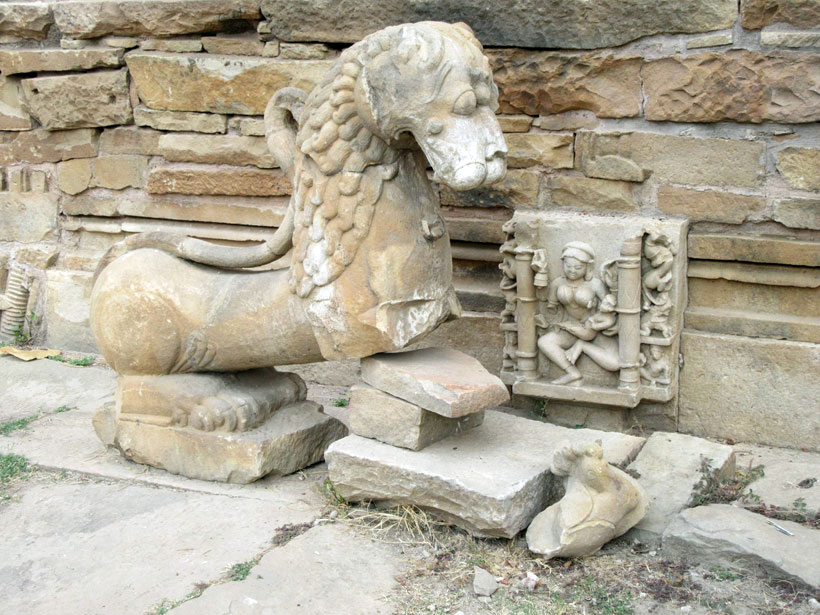 [The carvings, from about 300 years before Khajuraho, are lovely.] 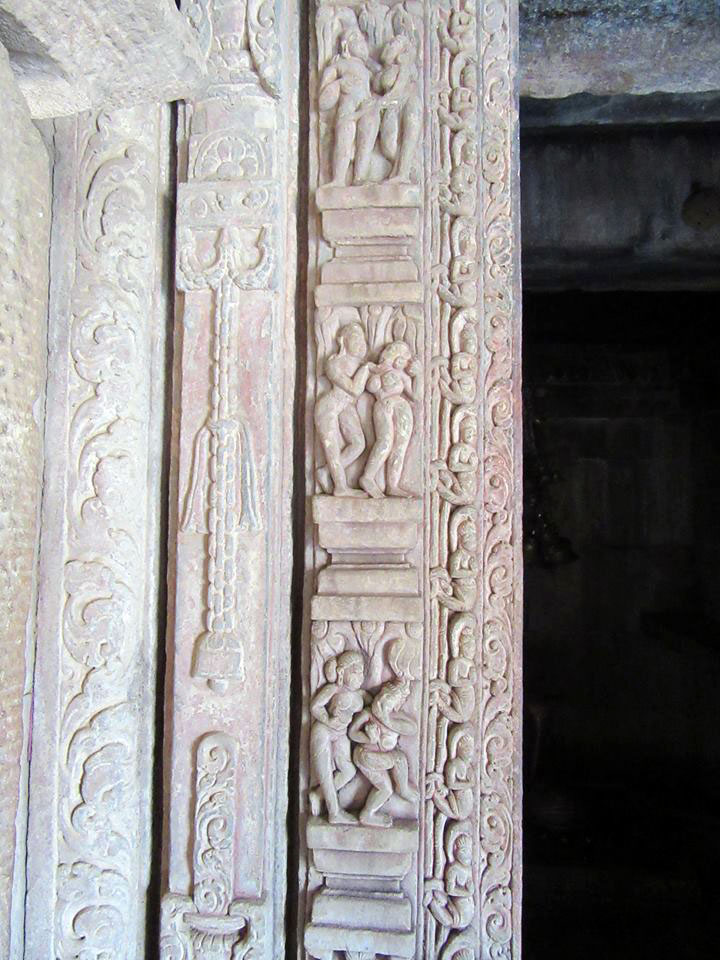 [The guide said, these two panels on either side of the entrance were used to teach the young people about the birds and the bees.] 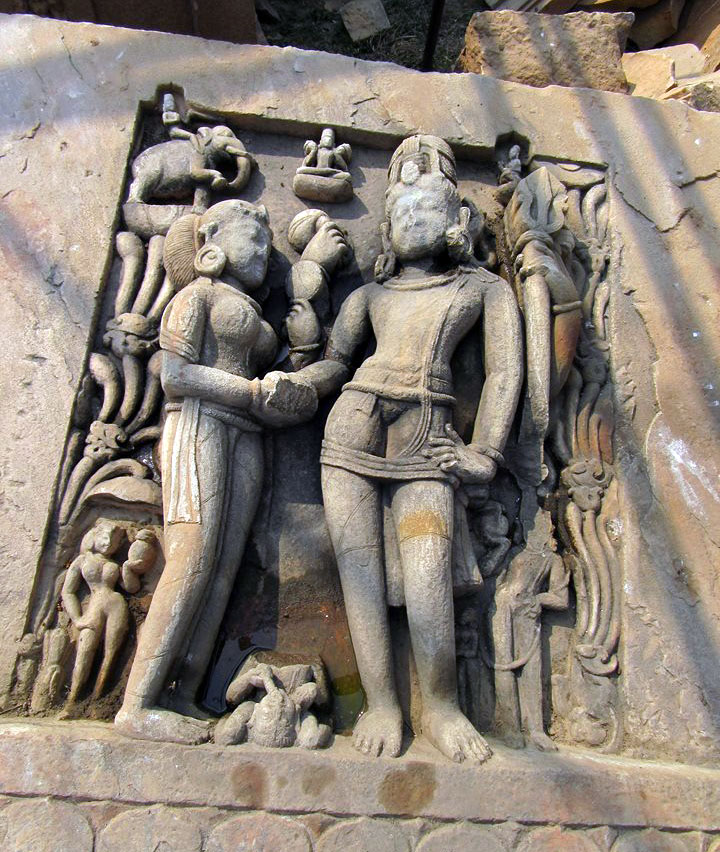 [If I remember right, this depicts the marriage of Shiva and Parvati.]

This is in a very tranquil location between hills. While we feasted on Gwalior delicacies – samosas and kachoris – I could hear goat bells as the goats frisked about in the nearby hills. Interestingly, this lovely place, is right in the Chambal valley, made notorious by the dacoits many years ago.

Padavali has a ground fort fronted by a magnificent temple. I can imagine how breathtaking it must have been during its glory days lit by oil lamps. The carvings are awesome. There are stories about the Dashavtaar and many others. I am curious to know how they were able to carve such intricate statues and in such quantity. And then get them into place! 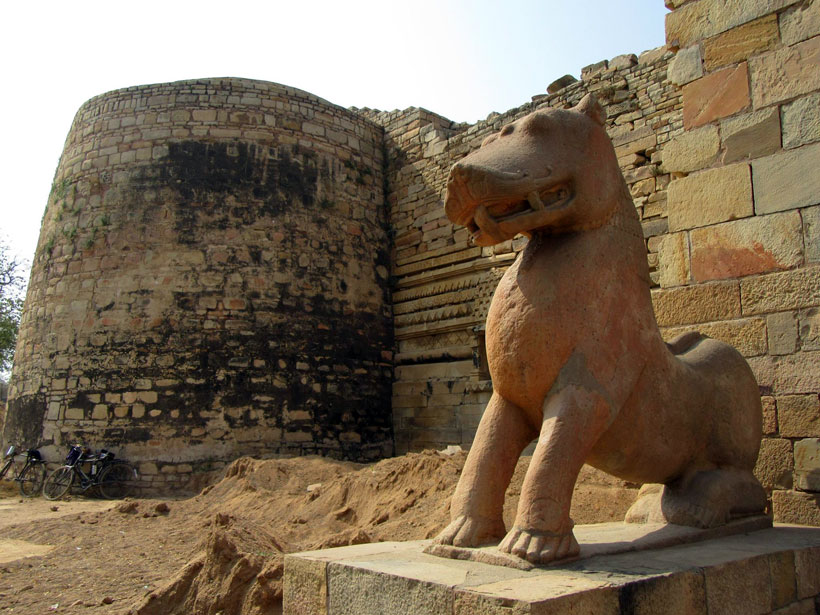 [This is the first look at Padavali.] 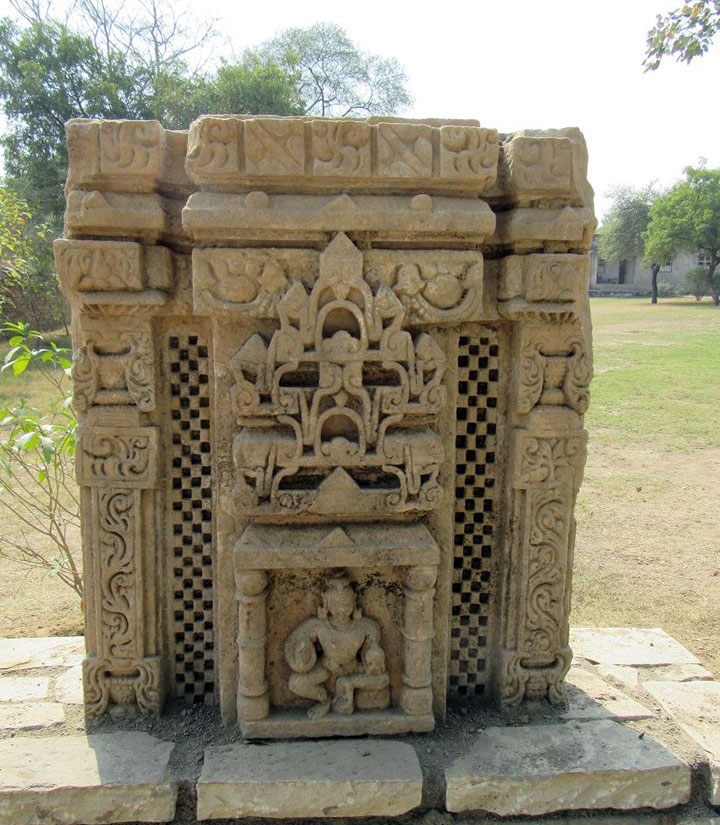 [One of the pieces lining the walk to the Padavli temple.] 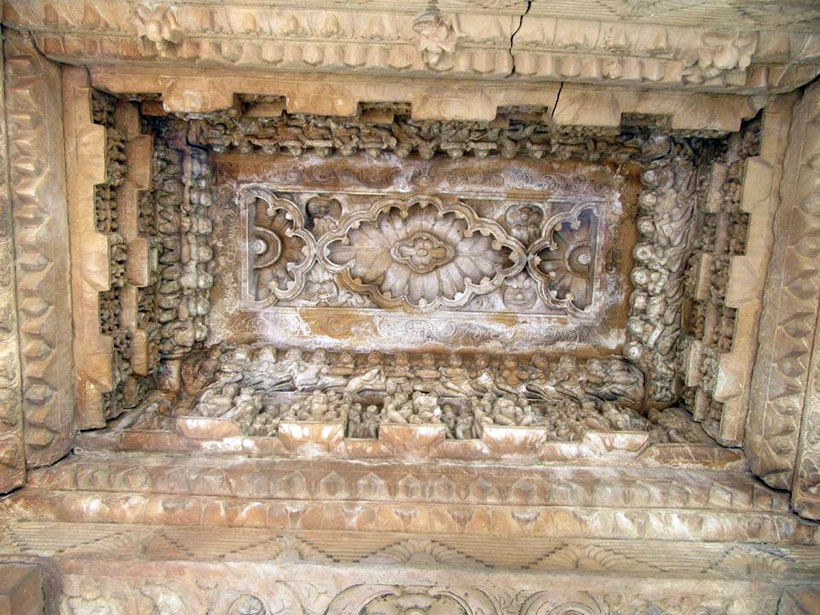 [Carving on the ceiling of the temple.] 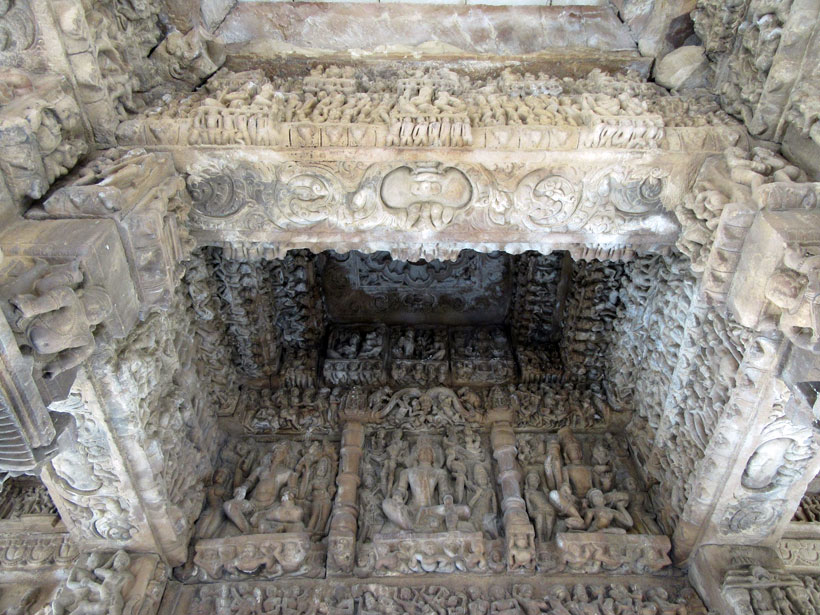 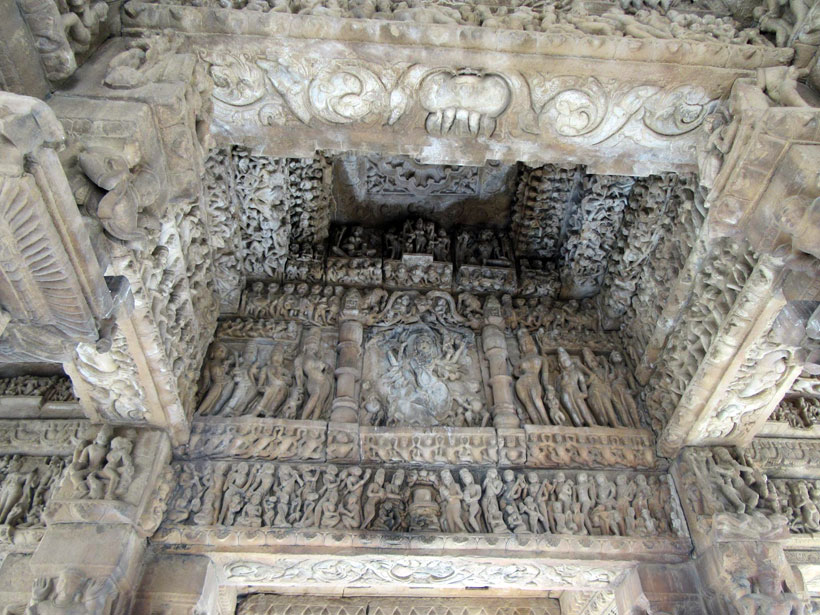 Mitaoli is up a short hill. This is a temple to 64 yoginis and used to be a site for occult worship. The design of the Indian Parliament is supposed to have been inspired by this structure. 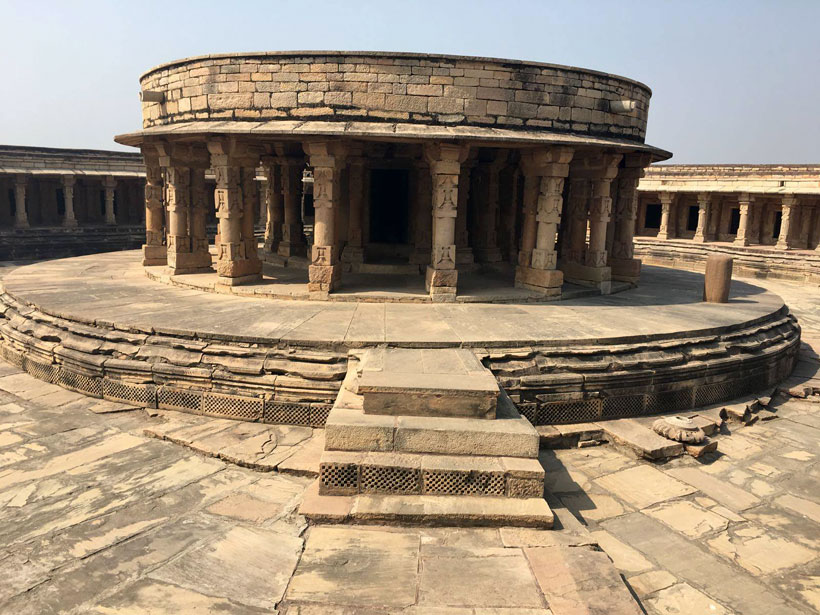 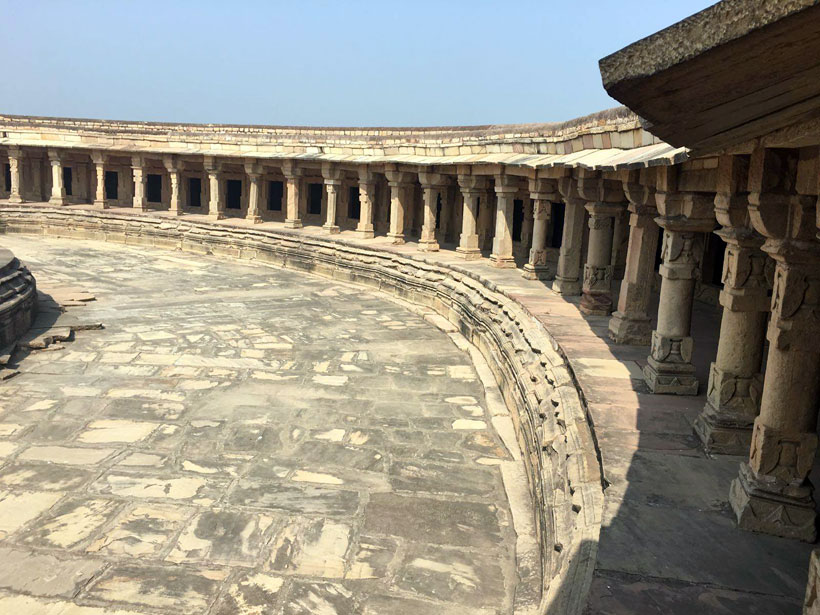 These places are a must-visit on a visit to Gwalior which itself is worth seeing for the Fort and Palace. And of course the food, and for those who appreciate textiles – the Chanderi sarees.

The Chanderi shopping was made even more fun by an enthusiastic “salesperson” who was knowledgeable, patient, draped them when needed, and made suggestions too. And drove a hard bargain. 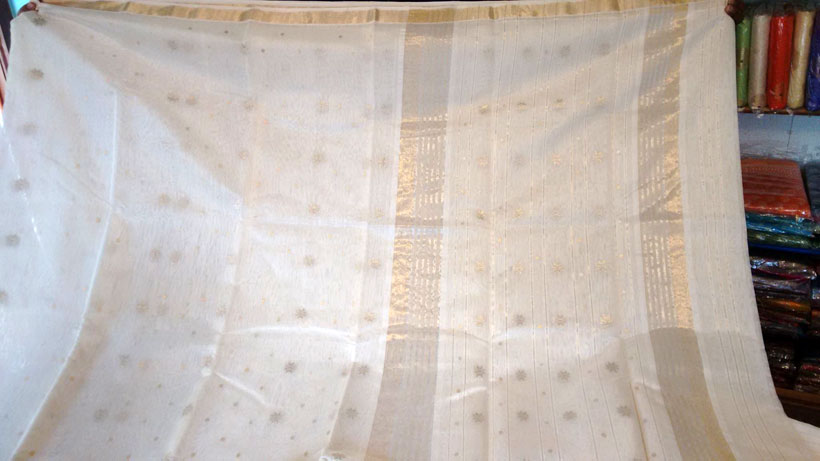 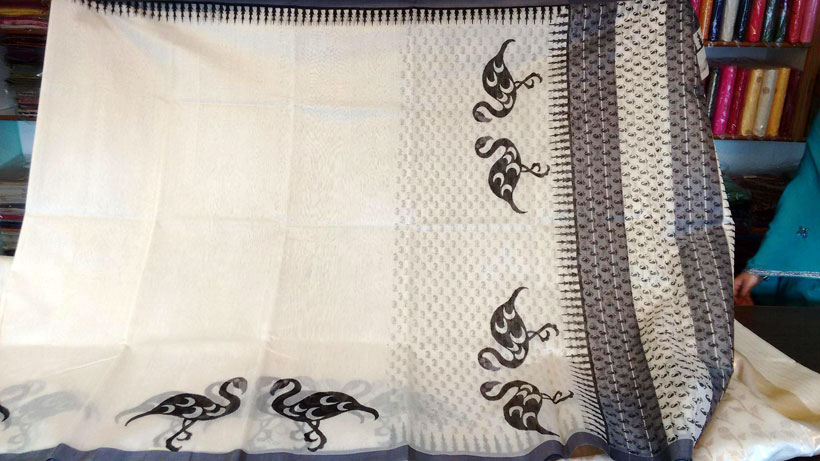 [A contemporary twist to the Chanderi – same fabric but without the brocade and with different motifs.] 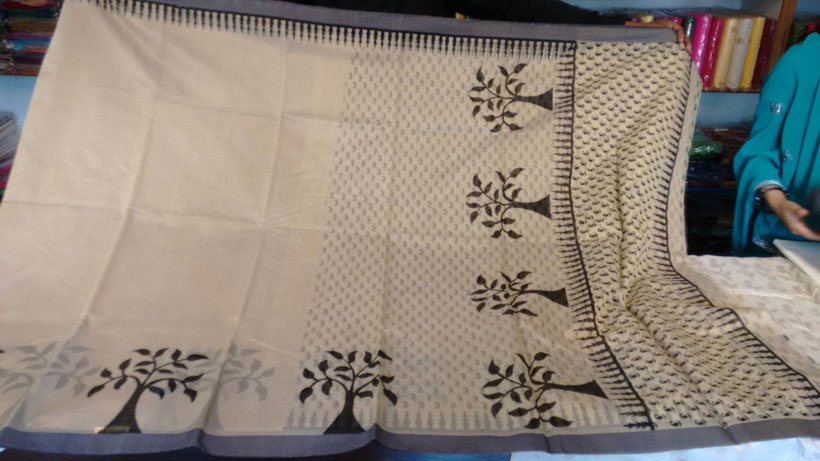 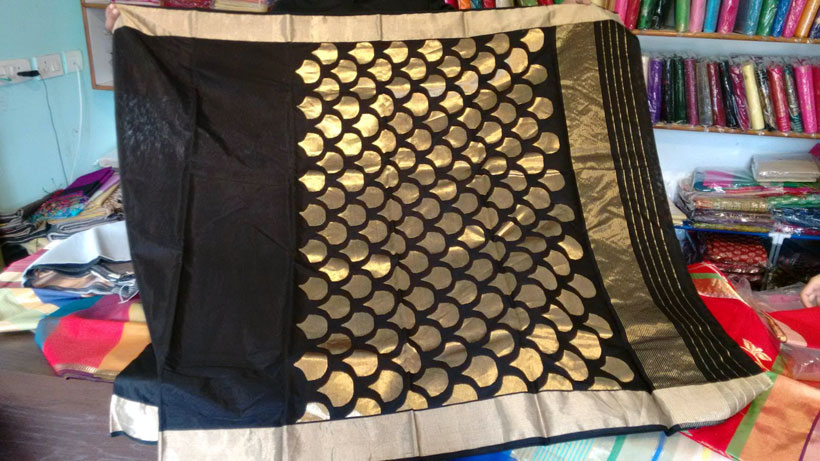 [Another contemporary twist – the classic black and gold combination.]

« Travel within Cuba: Collectivo or Bus?
How to take your travel photos to the next level »

Flight Deals
Travel On The Dollar