The Indian Himalayan belt is bestowed with a unique blend of splendor and thrill. On one hand it offers picturesque beauty to treat the eyes of nature lovers and on the other it’s fast flowing rivers, sky kissing peaks and tough treks serve as an ecstasy for adventure junkies. The best part is that there is plethora of options for experiencing thrill cuddled in the mighty Himalayas. Fleet a look below to know the best ways for exploring the fascinating Himalayas. 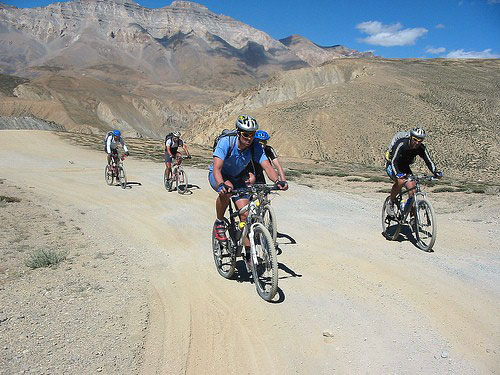 Even the mere thought of mountain biking amidst the snow draped heights infuses a great wave of enthusiasm and fever pitch. The rugged terrain of the place throws one of the hardest challenges on the bikers. Therefore, physical and mental soundness are very essential before anyone heads off for mountain biking.

Further, this adventure activity also brings the visitors close to the culture concealed in the remote villages of the place. Bikes are the best vehicles to reach the hard to access areas of Himalayas, and thus is the finest option to get an insight of the colorful culture and tradition.

Some of the mountain biking routes are mentioned below:

Wildlife Safari
As stated above, the Indian Himalayan belt serves to the hunger of both adventure enthusiasts and nature lovers, a fine example of this can be observed through wildlife safari. With wildlife safari, visitors get a life time opportunity to witness some of the really fascinating wild species dwelling in the mountains. Further, it’s completely the call of the visitor that weather he wishes to go for jeep, elephant or canter safari. 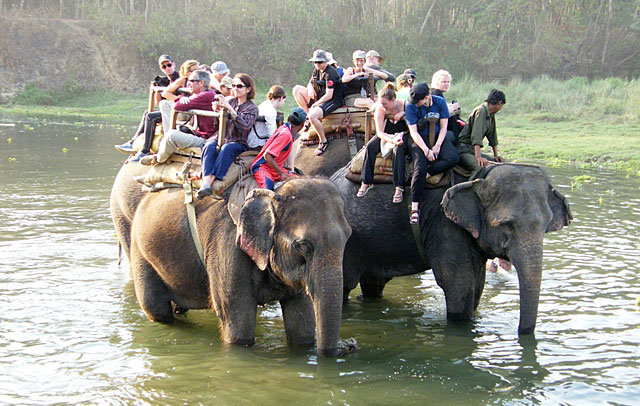 There are some very famous national parks nestled in the foothills of Himalayas, and they are stated as follows:

Trekking
Trekking in Indian Himalayas simply means wandering amidst the snow dressed mountains, majestic glaciers and crevasses, stunning gorges and much more. Many trekking routes lead to steeped valleys and remote villages that portray the true colors of a respective place.

Following are some of the highly visited Himalayan treks in India.

Trekking has always been a unanimous choice of adventure enthusiasts. The mighty Himalayas offer the best treks to the visitors, in which they can explore the much awaited and deserved excitement. The challenges accompanied with the natural splendors form the basis of these treks. This fact makes it crystal clear that why India trekking holidays are so much adored worldwide.

The saga of adventure never ends in Himalayas. It’s really tough to explain or put across the delight of Indian Himalaya adventure tourism in words, as it can only be experienced.

Author Bio:
My name is Zara, an experienced writer and Travelogue. My passion is to explore the entire offbeat destination in India. I love to share adventure travel and tourism related topic about India into their articles to inspire people to travel more.

« Wildlife sanctuaries’ financial status demands more visitors
Did you take the unluckiest flight? Flight 666 to HEL on Friday the 13th »