This was my last day in Uzbekistan and after breakfast at Malika Prime hotel, I was transferred to the train station to catch the 11:05am train “Sharq” to Tashkent.

The tickets were booked as a part of the tour. This was one of the best ways to travel from Samarkand to Tashkent, experiencing the railways in Uzbekistan.

It was a second class cabin shared with 5-6 other passengers. 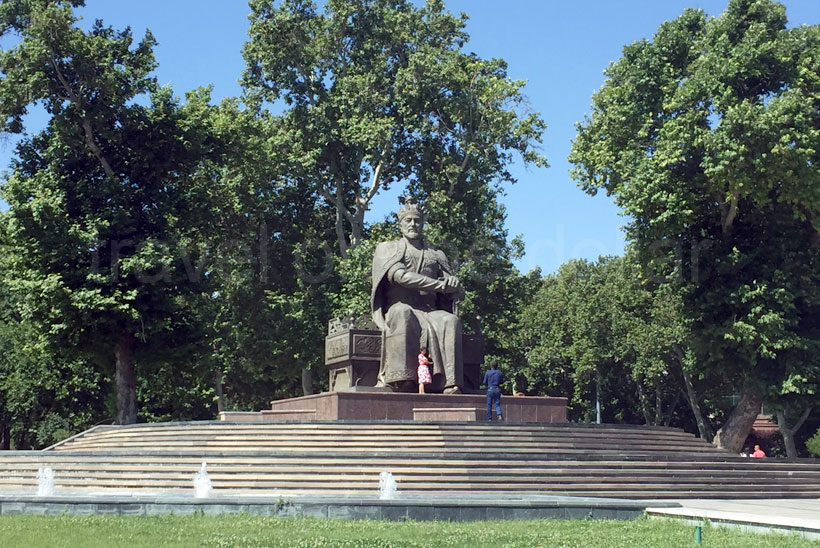 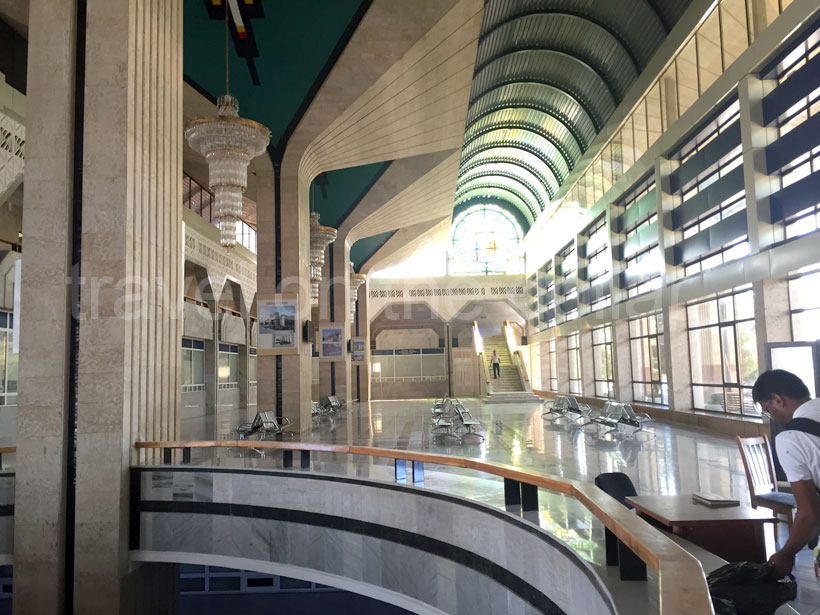 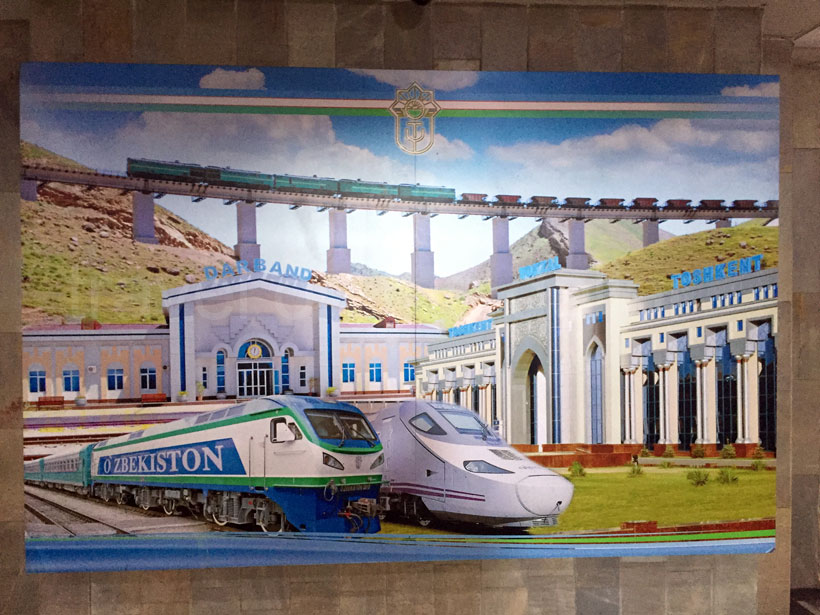 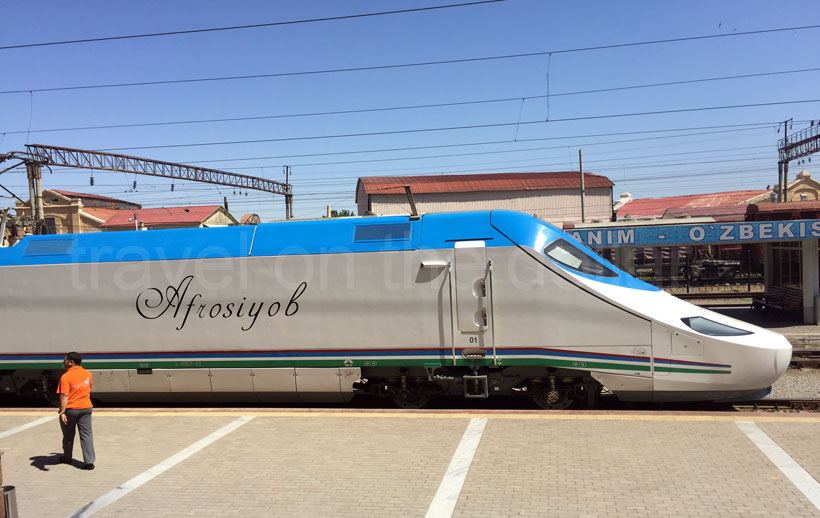 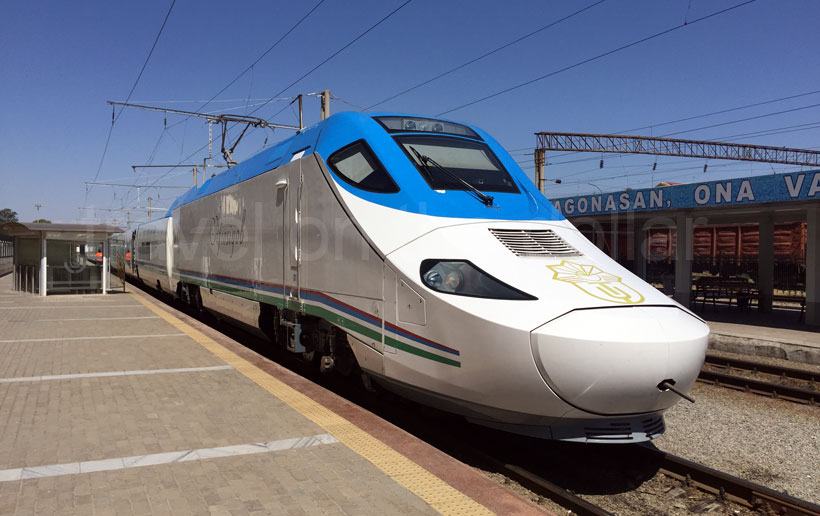 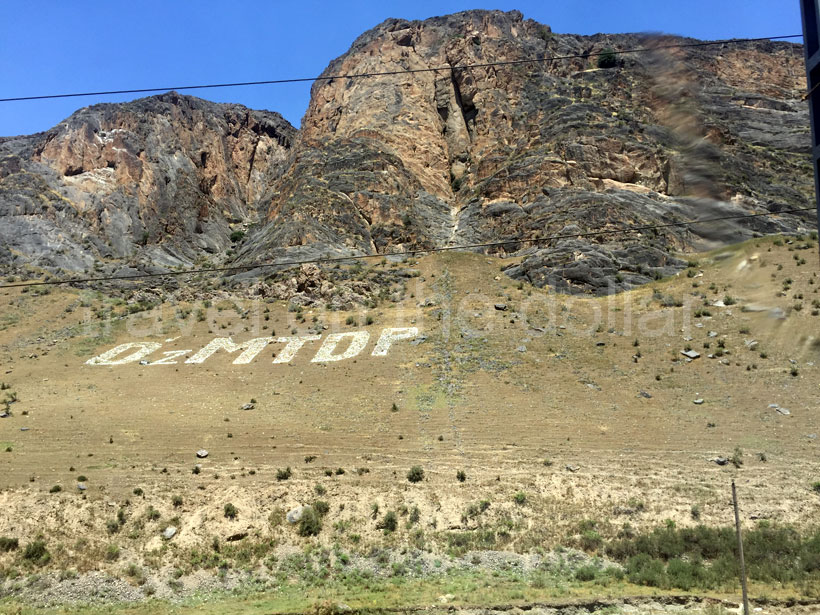 [View from the train.]

I reached Tashkent at 2:30pm and was transferred to my hotel – Shodlik Hotel. My flight was scheduled to leave at 2:45am (next morning) and it is recommended to reach the airport at least three hours before your flight because the immigration process could take time.

For lunch, I asked the organizer of my tour if she would want to join me, which she gladly did. Per her recommendation, we went to a Japanese-Uzbek fusion restaurant in the city center.

I had the whole afternoon to myself and after a nap, I walked around the area visiting the Independence Square in the evening. Post dinner at Shodlik hotel, I was picked up by the tour company, dropping me off to Tashkent International Airport (TAS).