There are four options to visit the nearby oasis towns of Chebika, Tamerza and Midas from Tozeur:

I decided to splurge a bit and get my own private tour. And for TND 140, they threw in Ong Jemal too, which worked out fine with me.

The driver will pick you up from your hotel (in case of private or organized tours). After passing through a bleak and barren land of Chott El-Garsa and some camel crossing signs, you reach Chebika, 59 km north of Tozeur. 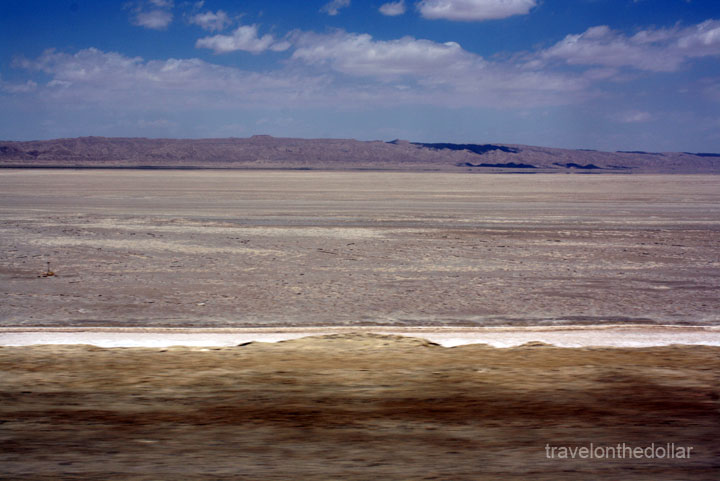 The green slash of Palmarie is visible for miles. Up the hill, past the nondescript settlement of Chebika and behind the palmaraie, next to the small spring-fed stream is old Chebika. You have to climb the hill, walk through a narrow cleft in the mountains and down to the small canyon you will reach the oasis pond. The road in the gorge leads to a waterfall and back up to the town. 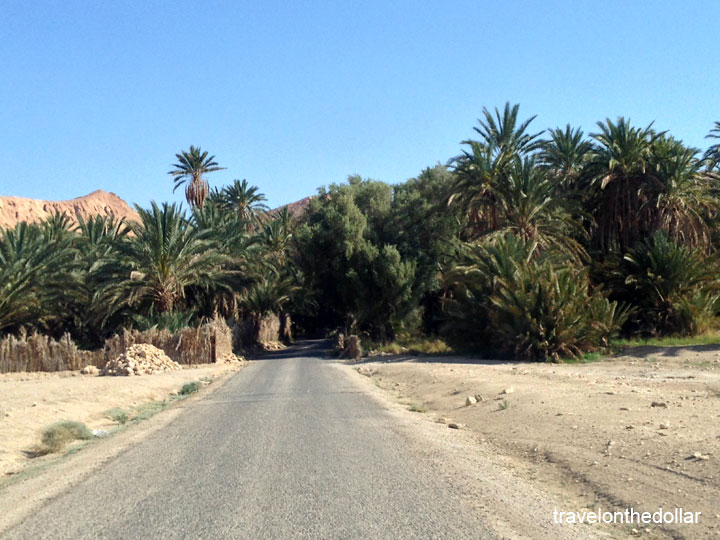 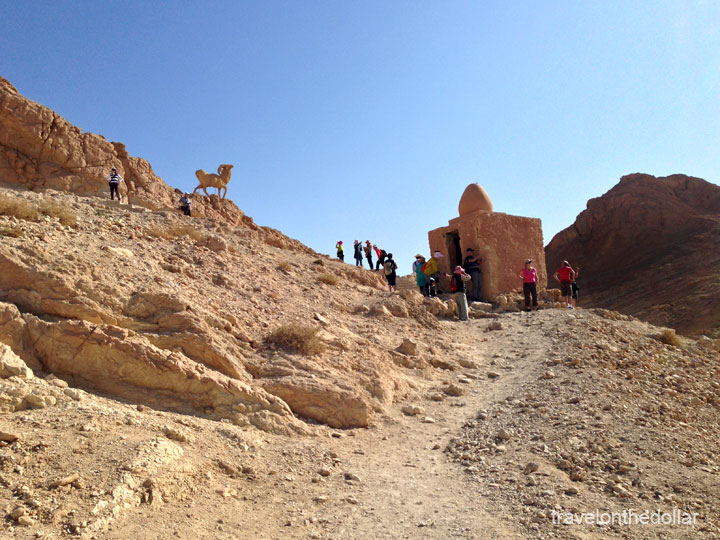 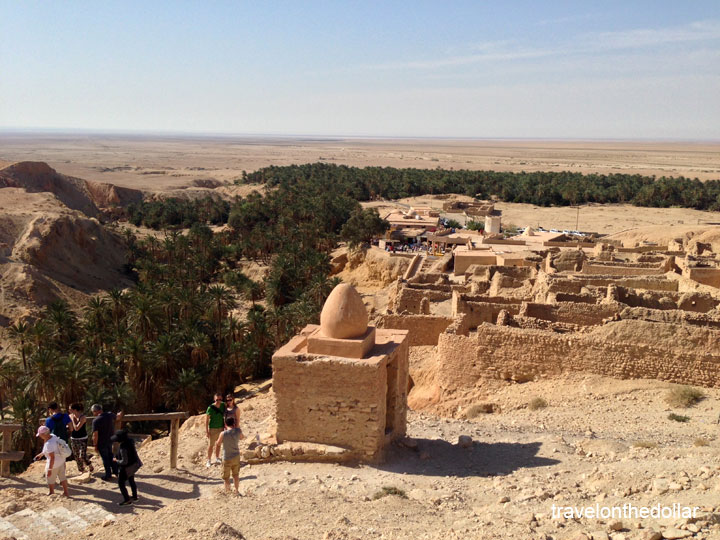 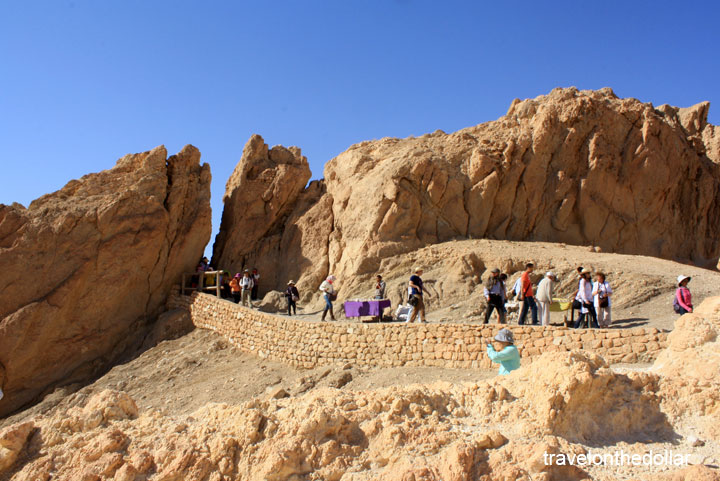 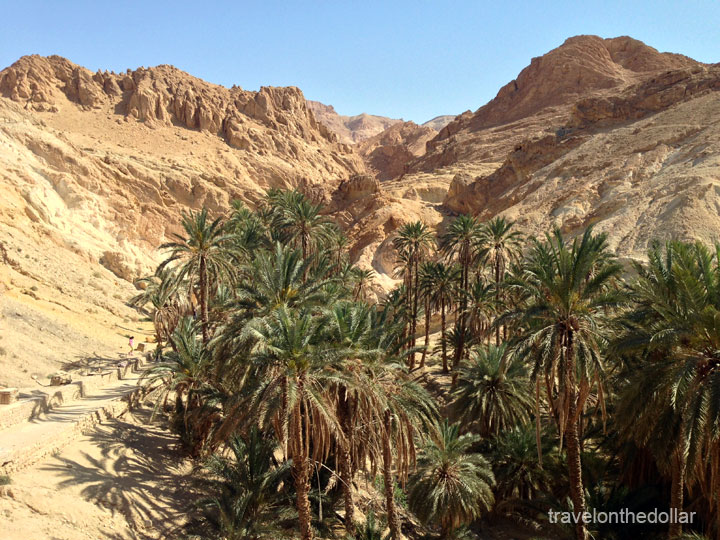 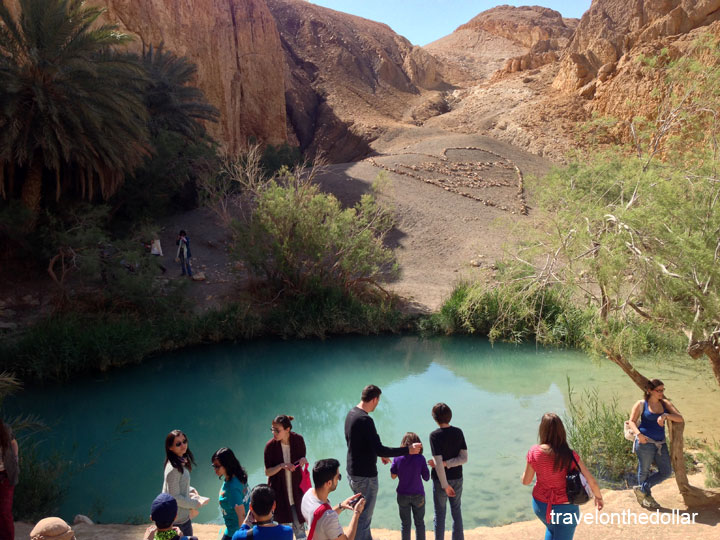 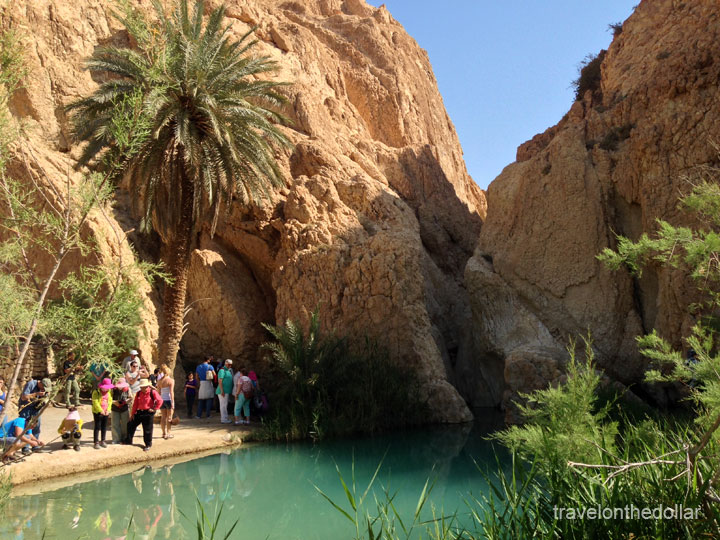 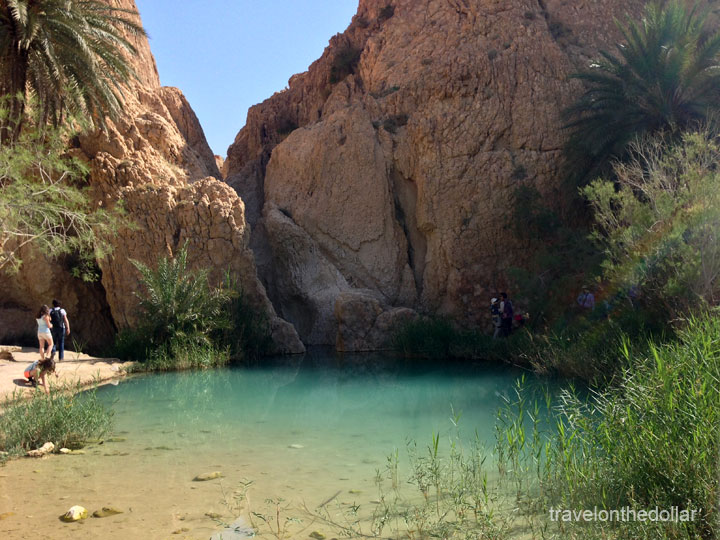 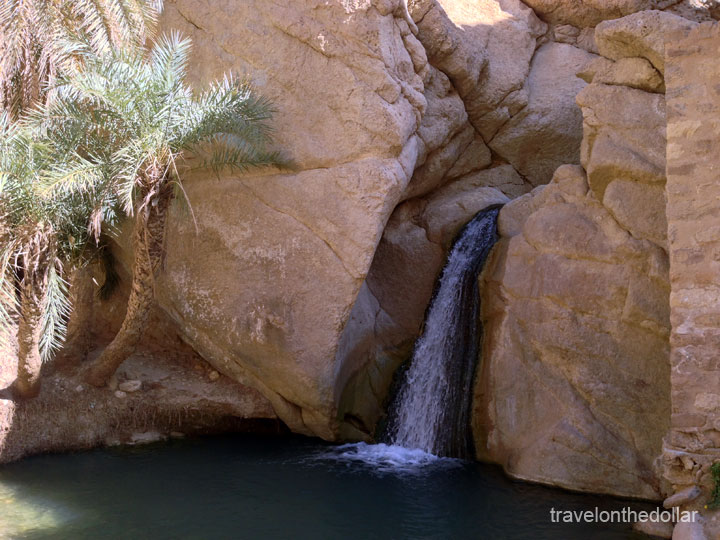 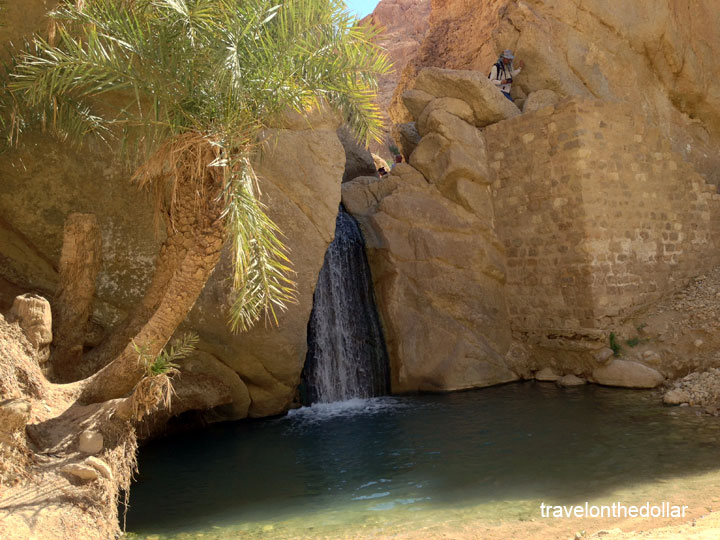 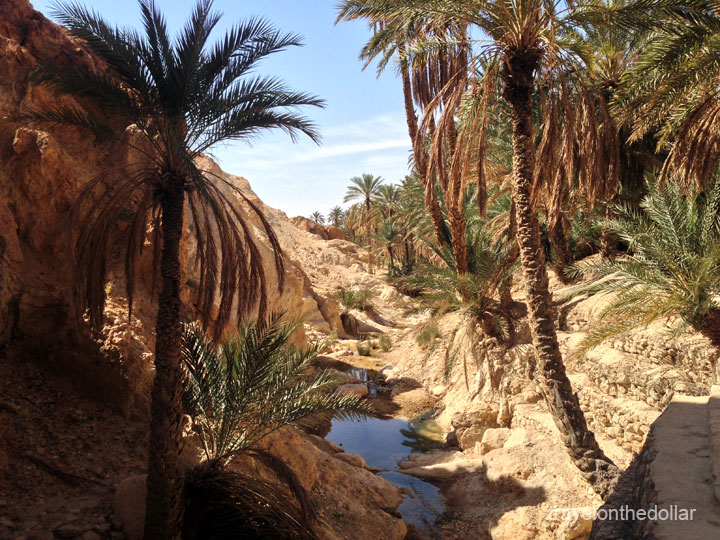 The road from Chebika takes twists and turns up the mountain before bringing you to the valley and the biggest of the villages – Tamerza.

The shell of the old walled town is about a kilometer east to the main town. Lying along the ridge of the Oued Horchane, this is the most photogenic towns in Tunisia. The 10 meter high waterfall just outside of the town is great to visit. Bring your swim-suit! 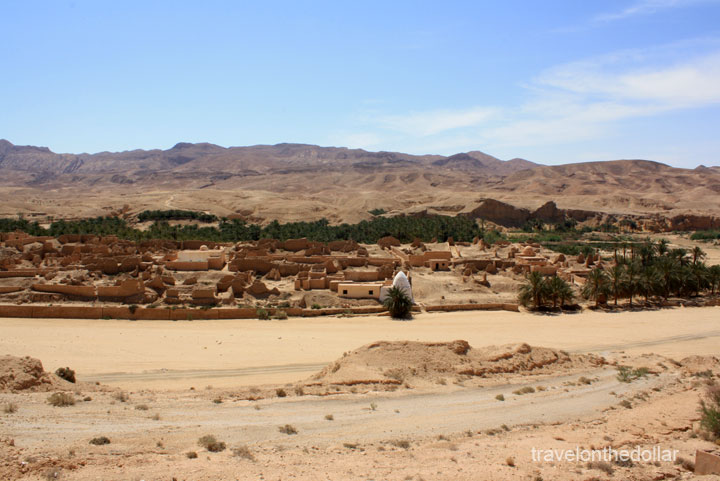 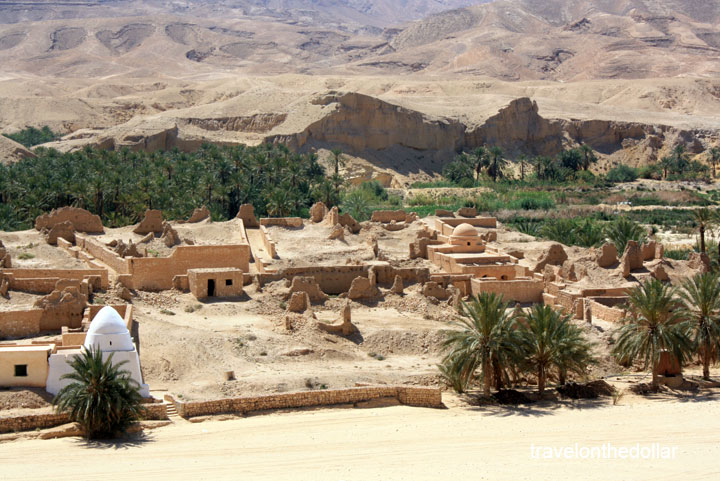 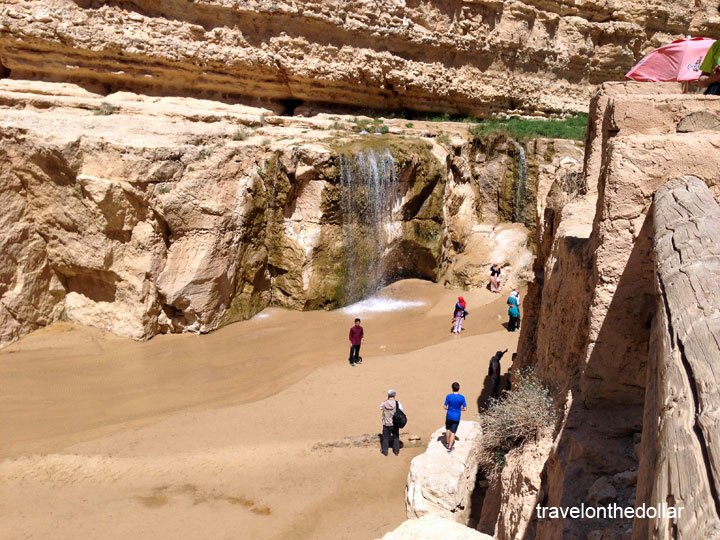 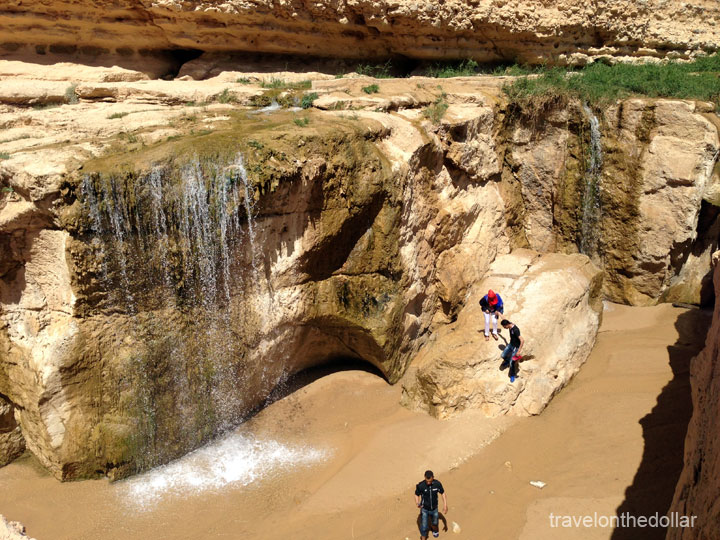 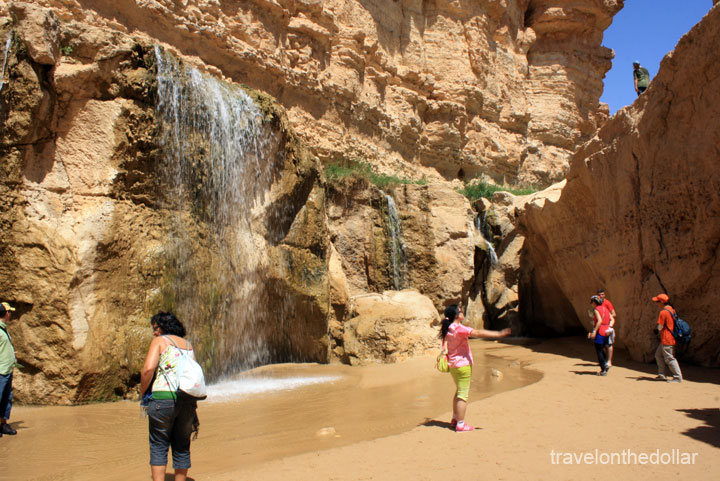 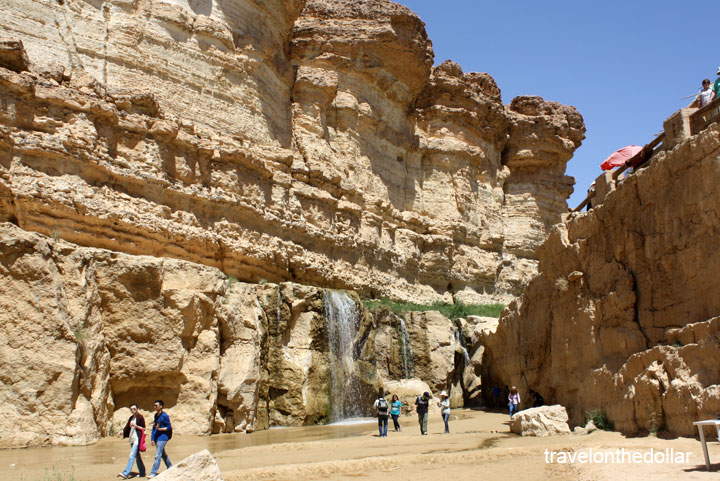 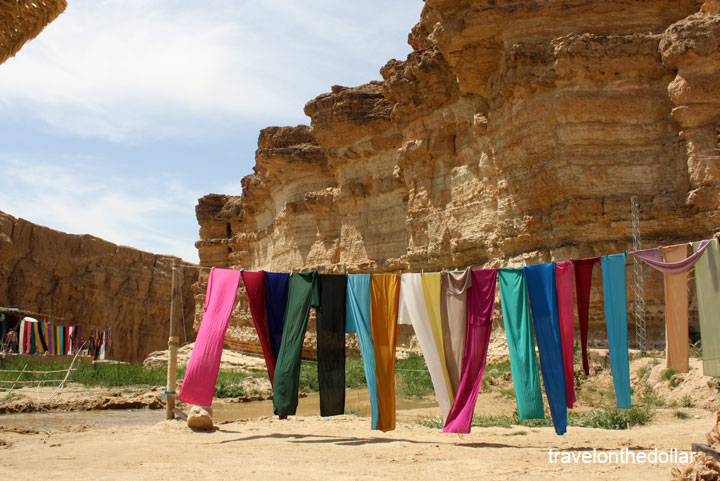 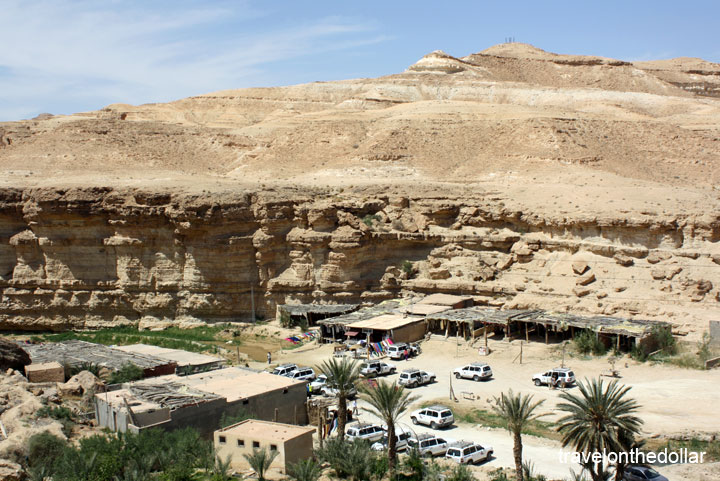 Six kilometers along a well-paved road, high in the gorge lies Mides, a town just a kilometer from the Algeria border. The gorge, also knows as the ‘Grand Canyon’ of Tunisia, has been used as a setting in many movies, including The English Patient. The views from top are gorgeous, but if you have time, you can walk down the hiking path into the canyon. 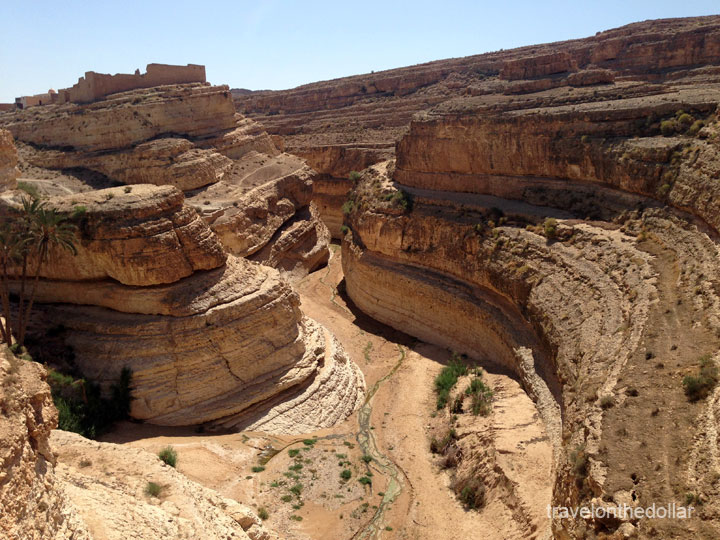 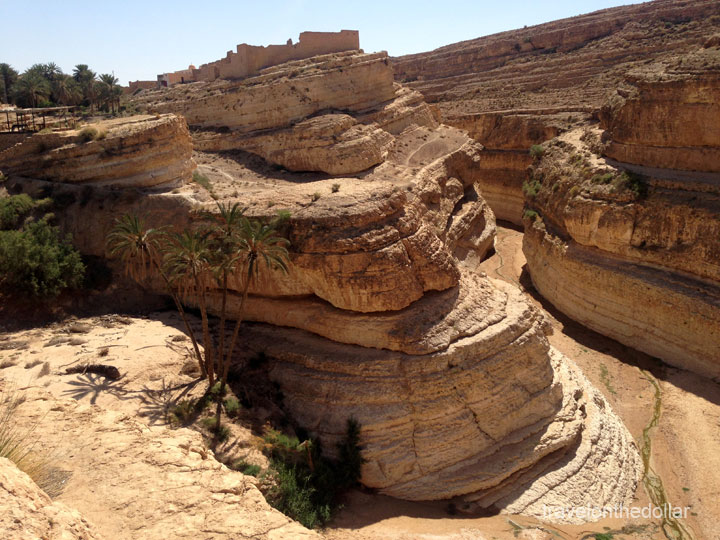 We got back to Tozeur in late afternoon and stopped by the post office, right in the Medina, for a postal stamp.

After a break, we headed out to the Neck of the Camel – Ong Jemal. It’s about an hours drive from Tozeur and is one of the popular spots to see the sunset and also visit Mos Espa, the most preserved Star Wars set with 20-domed purpose-built buildings that stood for the Tatooine spaceport in The Phantom Menace. 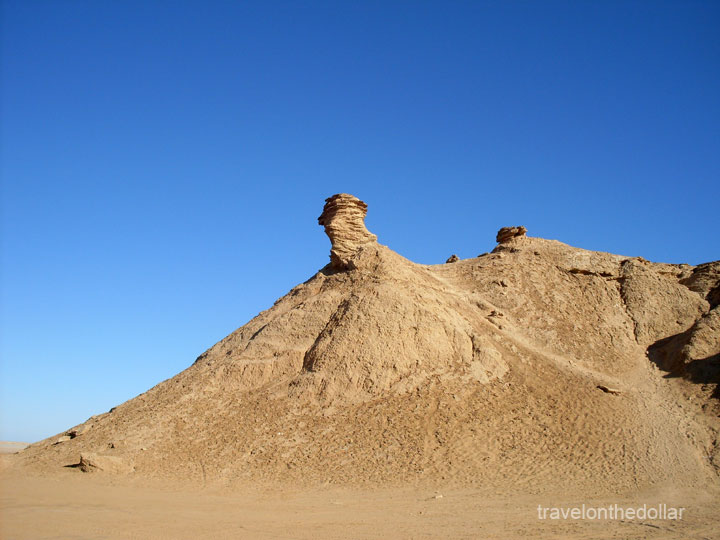 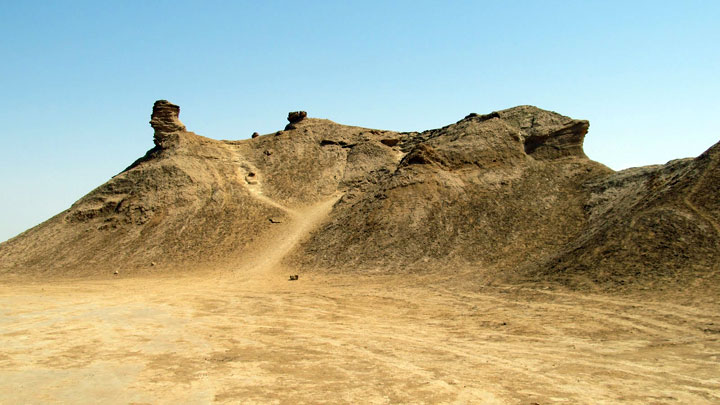 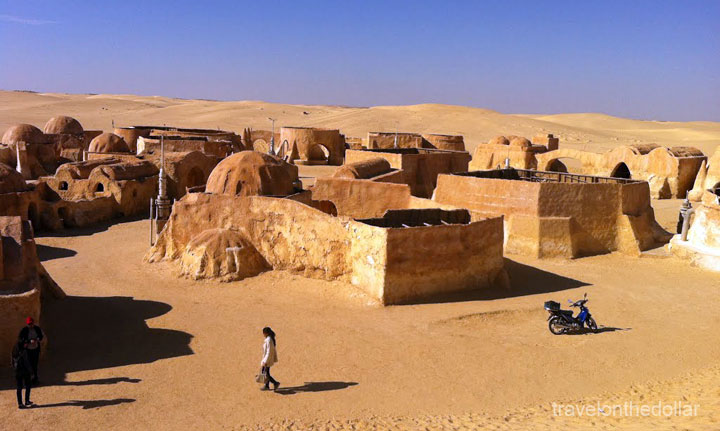 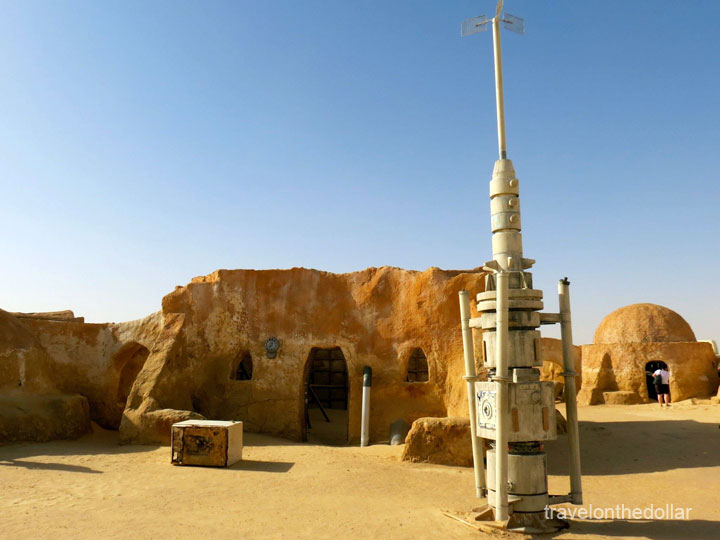 The driver, Khaireddin, dropped me back to the hotel. A dip in the pool, dinner at the hotel and some relaxation, I was ready to hit the sack, looking forward to my early morning ride to Douz, via Chott El-Jerid.