From Jeddah, we flew domestic via Saudia Airlines for a 1.5 hour flight to Abha.

After arriving, we headed to the rental car area to pick up our rental car (EuropCar has a tie-up with local Yelo rentals), and after an excruciating 1.5 hours of paperwork, we headed to our hotel – Capital O Ramz 315 in the city center.

A quick check-in and we headed west to the historical village of Rijal Almaa. The road to Rijal Almaa gets windy and hilly with some serious turns through the Soudah Mountains.

Tip: If you’re traveling during winter months, be prepared for an unexpected cold and foggy weather, so make sure to bring some warm clothes. You do not need a 4×4 wheel car to drive through the mountains. 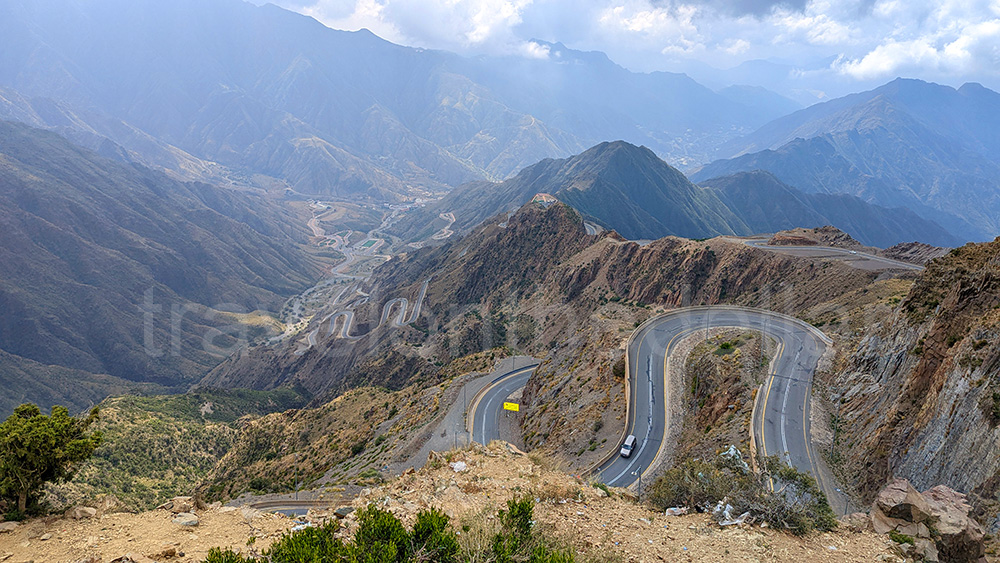 [Road from Abha to Rijal Almaa through Soudah mountains]

Rijal Almaa is a beautiful village showcasing architectural marvels of the past when the town was at a prime location for connecting travelers from Yemen and the Levant to the holy cities of Makkah and Madinah. It developed as a hub for regional trade. The village’s numerous long-standing fortifications give it a historical value.

Known as the ‘Gingerbread Village, it comprises 60 old multi-story structures made of stone, clay, and wood. There are several defensive watchtowers positioned on the hillside to provide the best possible field of view and fire range in the past. However, the true wonders are hidden behind the stone and clay walls. Trained artists use the most intriguing color schemes and artworks to adorn and paint each home. Steep hills surround the settlement, which is situated next to a twisting road which was formerly one of the most important trading routes in the Arabian Peninsula.

This village is free to visit from the courtyard, but if you want to go inside the museum and to the upper levels, you have to purchase a ticket that costs SAR 20 per person. 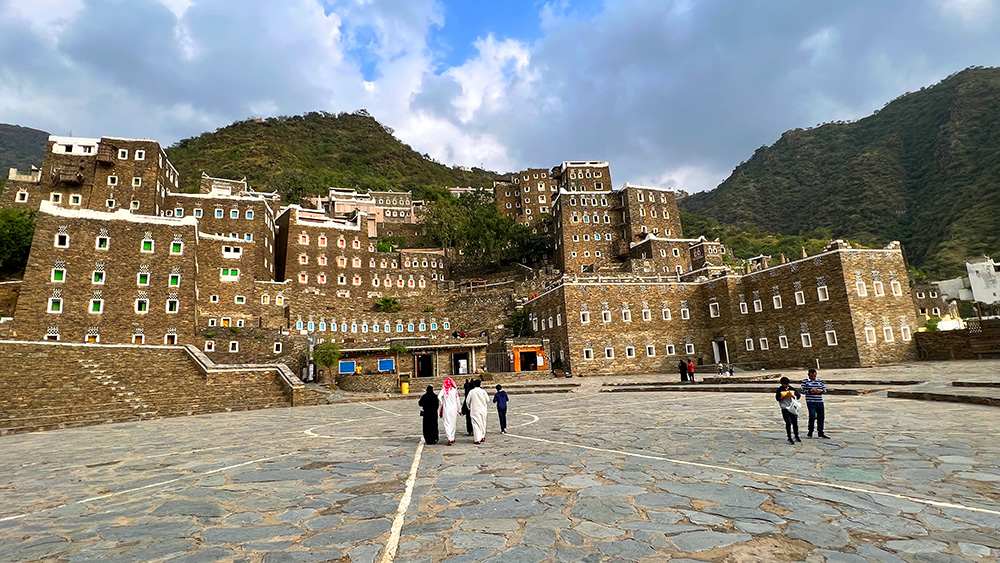 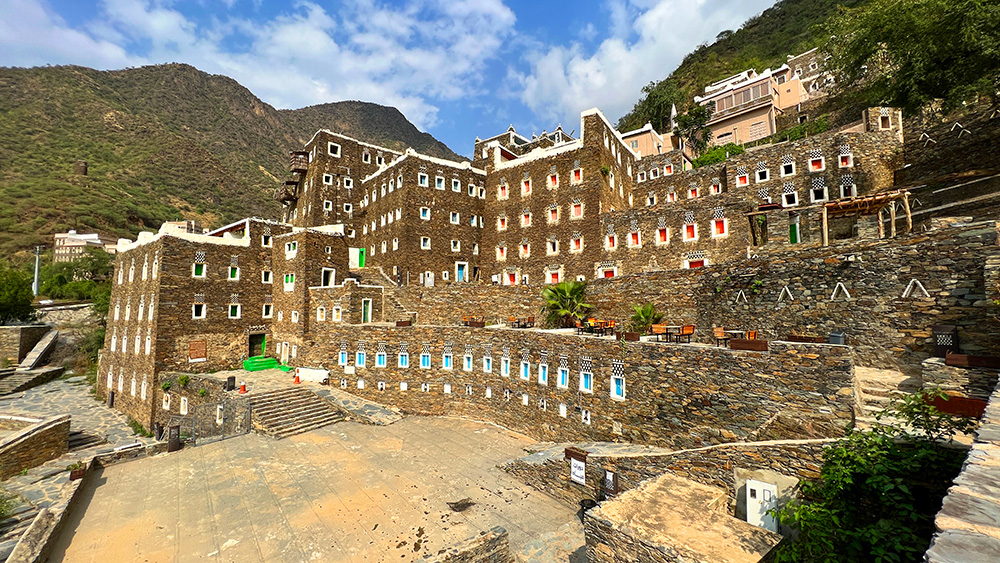 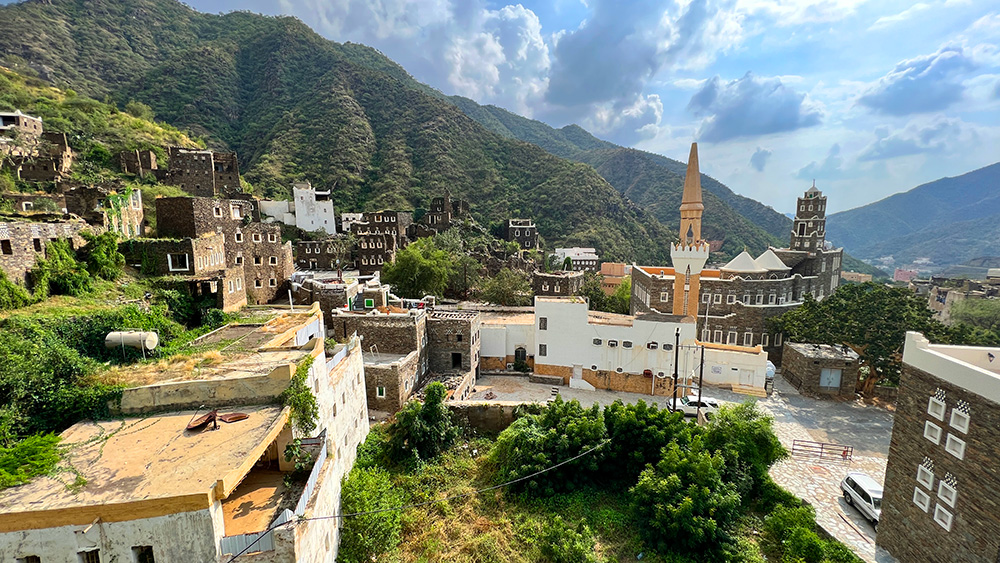 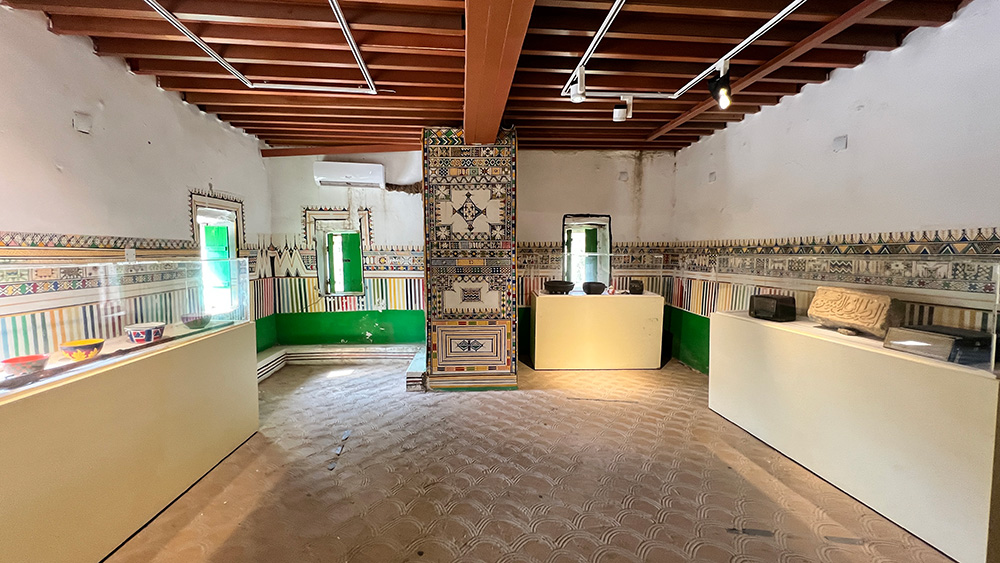 [Inside the museum of Rijal Almaa] 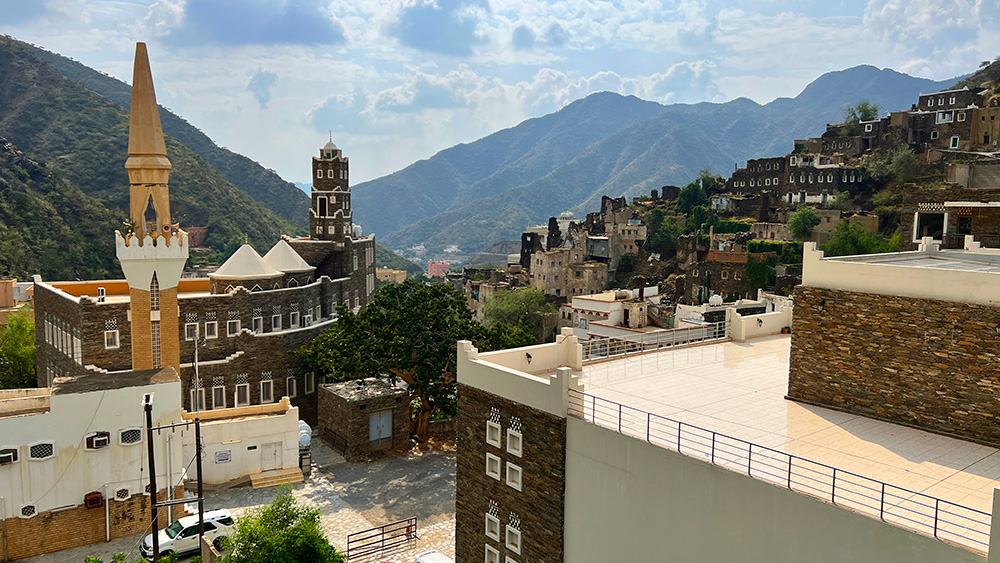 On the drive back to Abha, there were a lot of baboons all over the roads. We headed back to Abha in late afternoon and took rest for the remaining of the day, stepping out for dinner at Raj Indian restaurant. 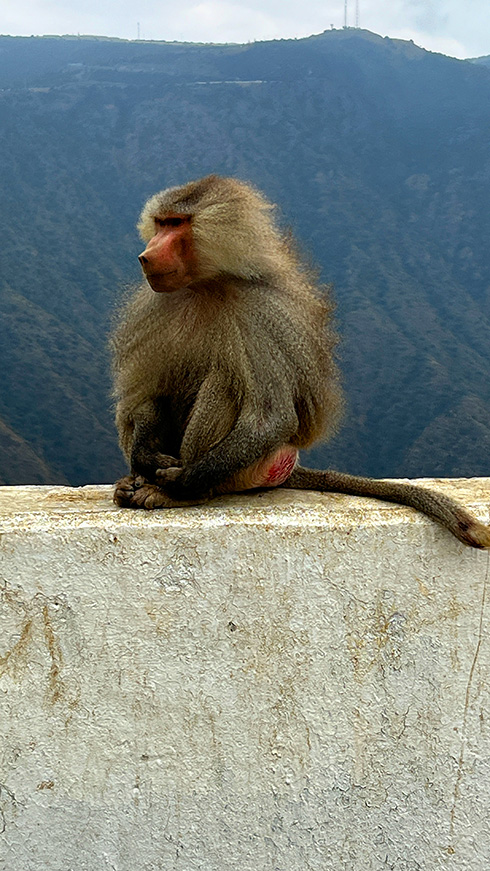 [Monkeys along the Soudah mountains] 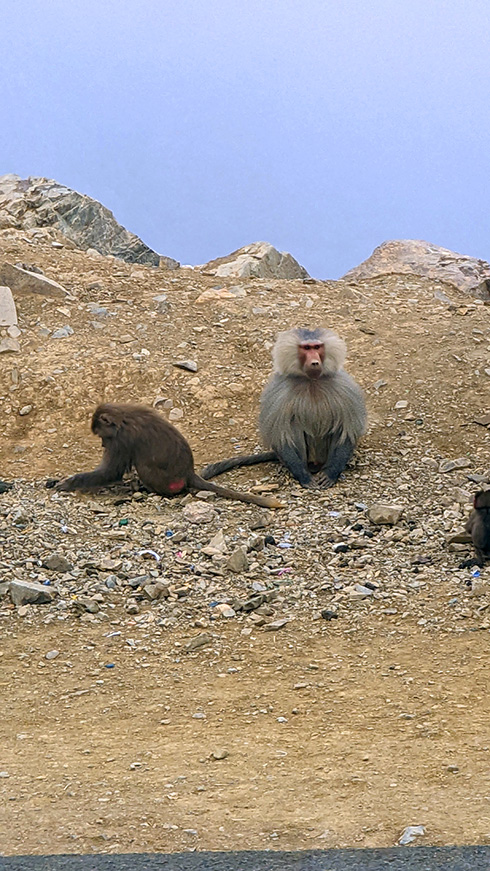 [Monkeys along the Soudah mountains]

Historical villages of the south.