We had booked three tours in Al Ula though Experience Al Ula:

Of these three tours, “Hegra by day” and “Al Ula Old Town” tours were scheduled for previous day, and “Dadan trail” was scheduled for today.

Note: We did not go for “Hegra by night” tour as some fellow travelers who’d seen it did not recommend!

The ´Dadan and Jabal Ikmah’ tours start from the Winter Park office location, from where visitors are taken in luxury coach to all the sites. The tour starts at 8:30am from here, and lasts 2 hours.

Dadan has many hundreds of tombs, the most visible of which are cut into the rock face just south of the site, Their location probably reflects the social position of those buried. The best-known tombs at Dadan are the two lion tombs.

The carved lions could symbolise powerful status or strength, or they could have been carved to protect the tomb’s occupants. Some of the tombs may have belonged to members of the Minaean community who lived in Dadan after the 5th century BCE, including one of the lion tombs.

Important note: At the time of writing this, visitors could stand in the parking lot and view these tombs from a far distance, and not allowed to go anywhere close to these tombs although there are built-stairs to access them from close. Binoculars are provided by the team to view the tombs. 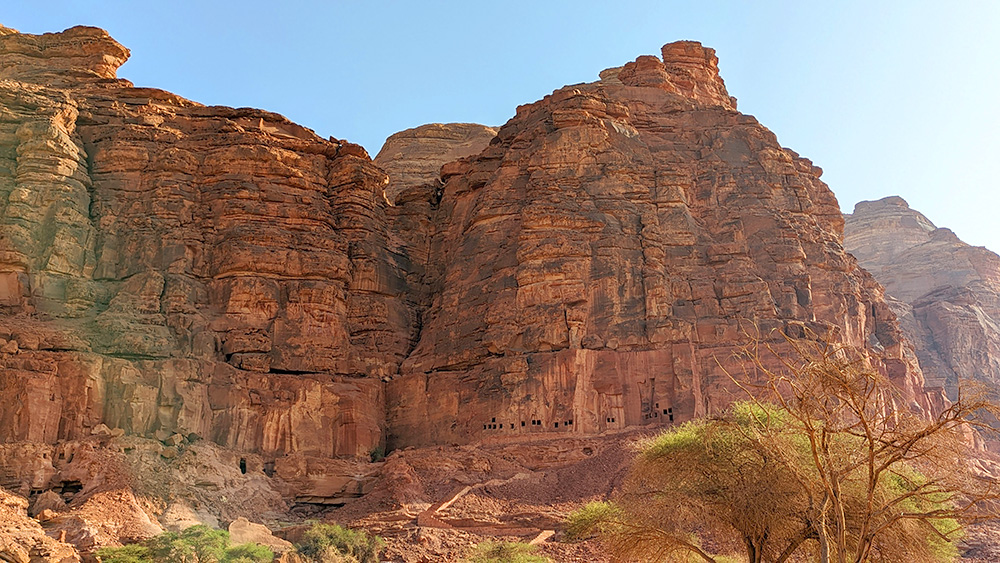 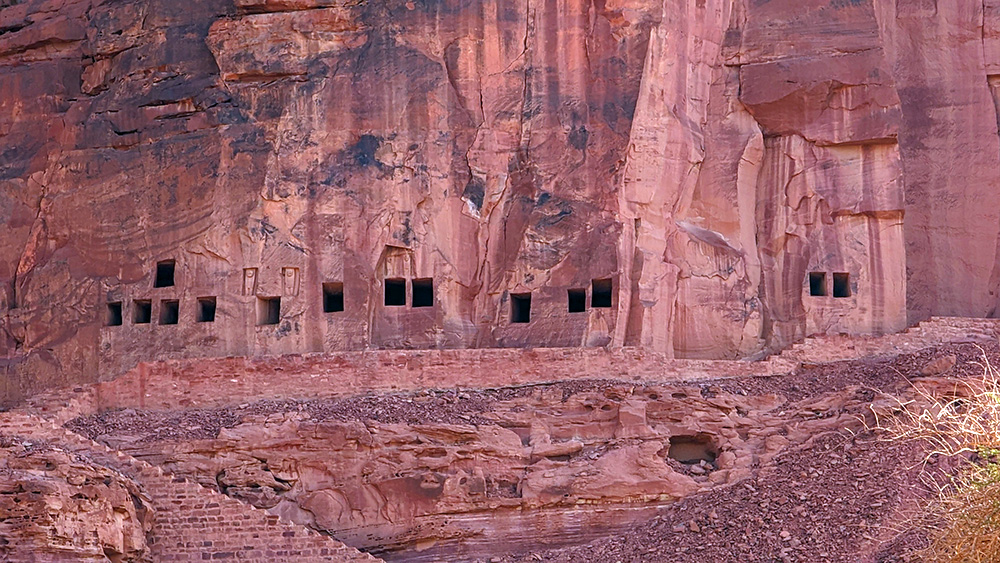 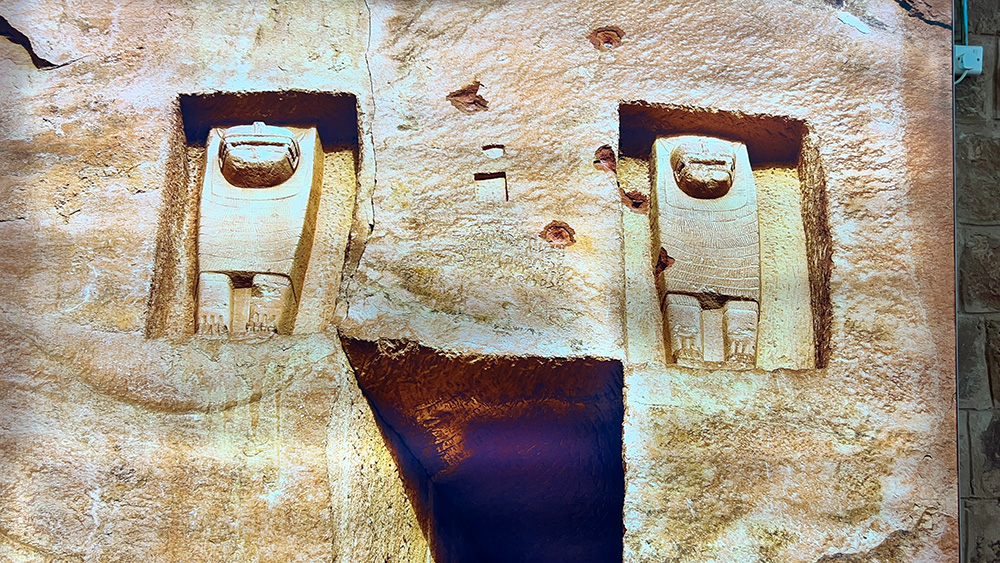 [The two lion heads of one tomb up-close]

After exploring the tombs, the bus takes visitors on a 10-minute drive to the ruins of old Dadan which is completely in shambles! This was the least interesting place on the tour. 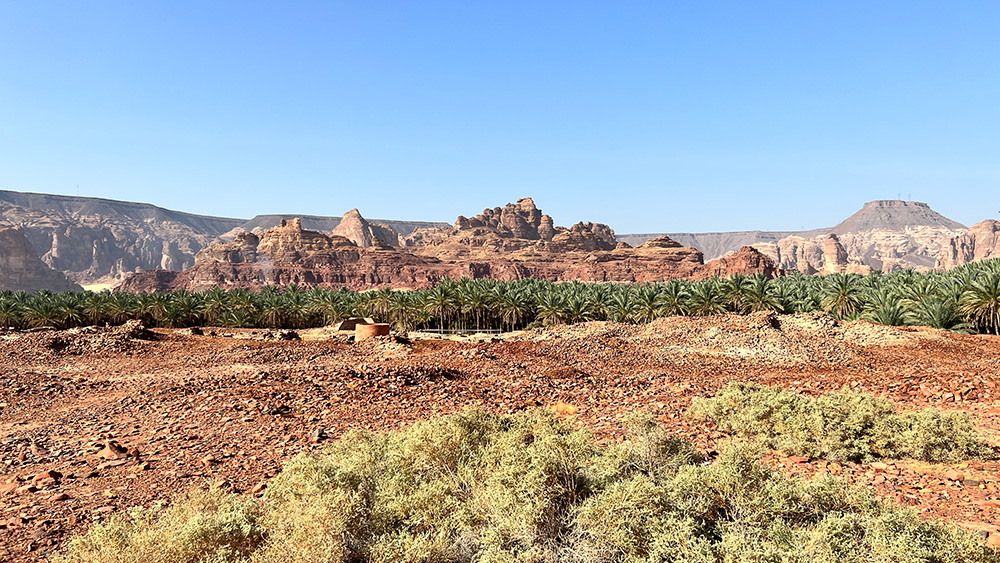 Final stop in the tour is another 10-minute drive to Jabal Ikmah, an open library of inscriptions, rock art and petroglyphs set in a stunning desert canyon. 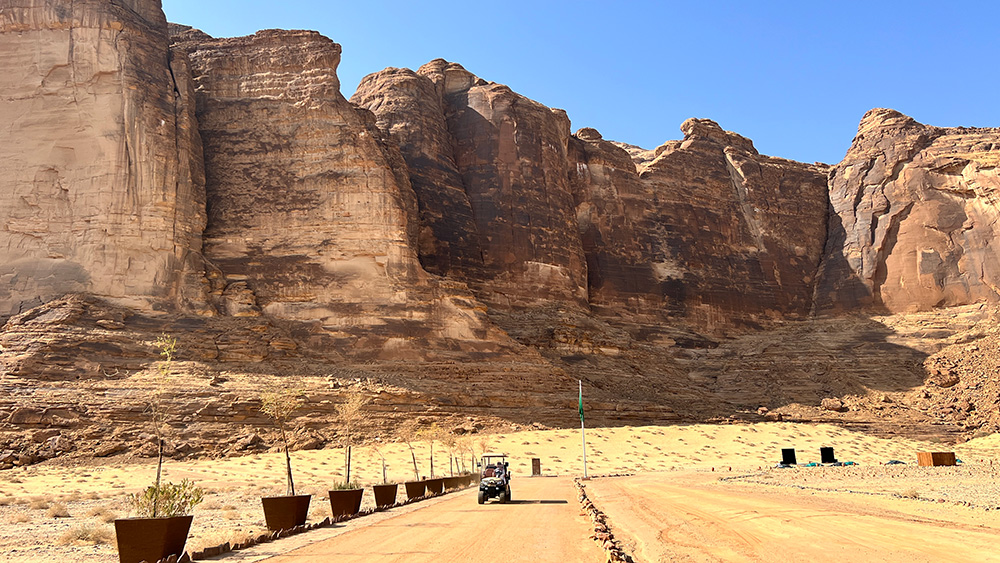 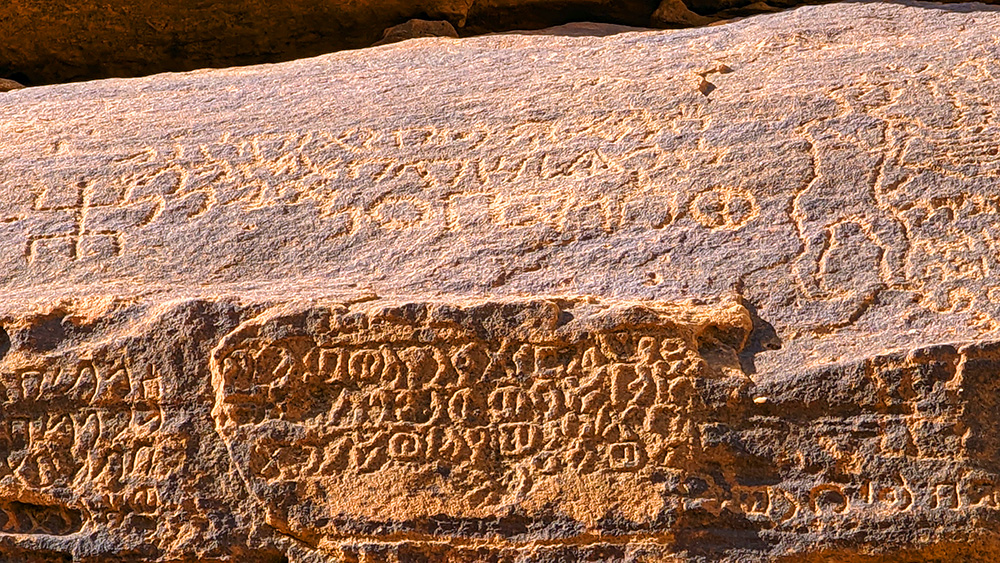 [Rock inscriptions dating back to 644BC at Jabal Ikmah mountains] 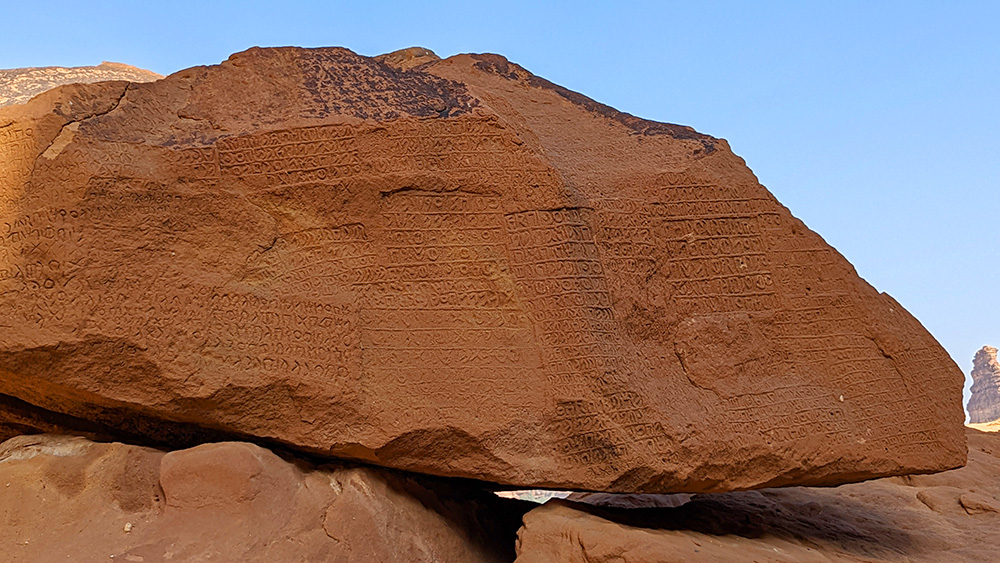 [Rock inscriptions dating back to 644BC at Jabal Ikmah mountains]

After the tour, visitors are dropped back to the Winter Land parking lot around 10:30-11am.

We had an 8-hour drive back to Jeddah, so right after we got dropped off, we headed straight to Jeddah! On the way, we stopped by for coffee and this beautiful symbol of Saudi Arabia. 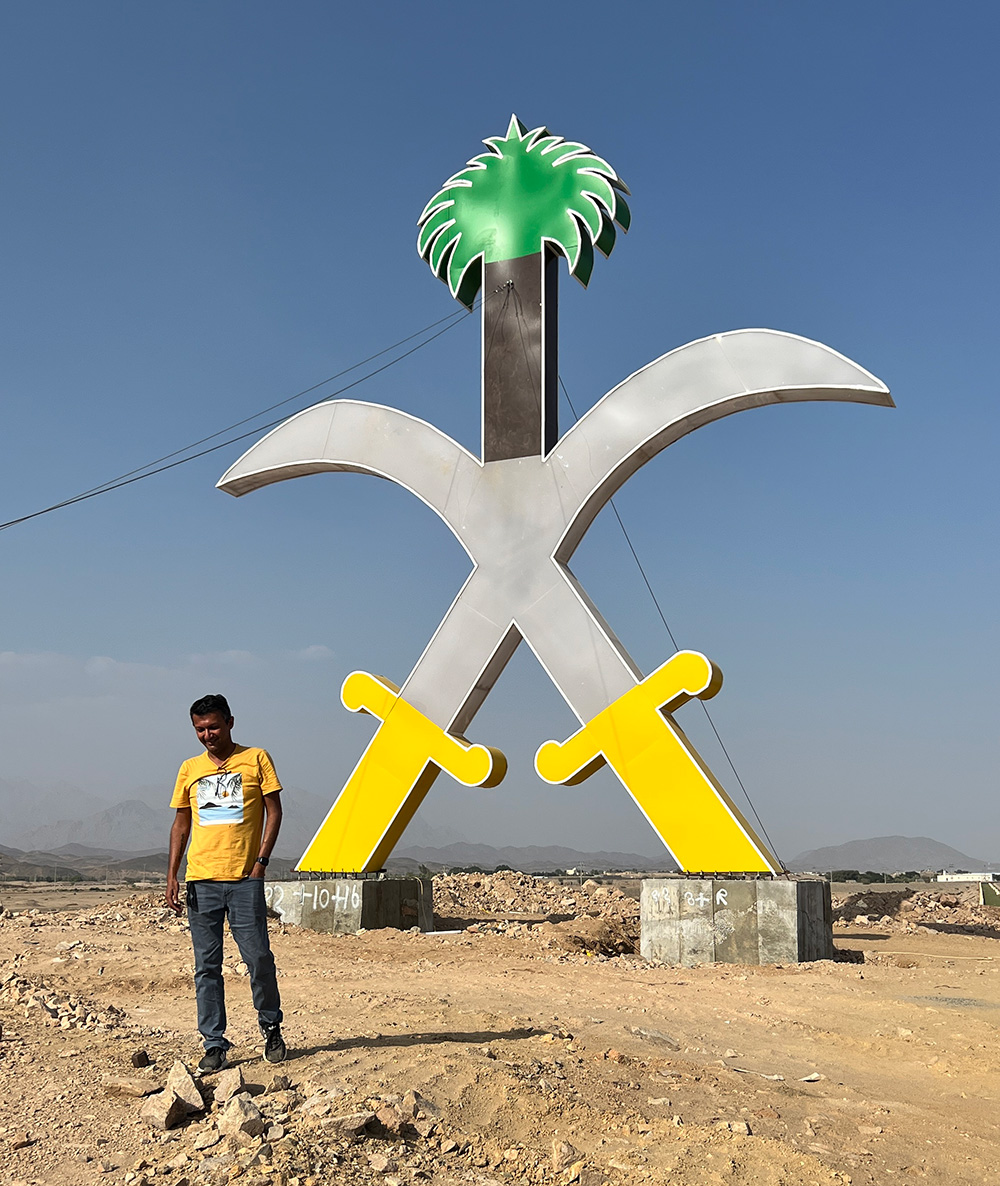 After reaching Jeddah late night, we checked in to our hotel – Bram Suites. Headed out for dinner at Chennai Darbar restaurant for delicious south-Indian food.