Having secured a seat in the 12-seater mini-van (booked through my hotel in Hsipaw), it costs MMK 8,000 per person to go from Hsipaw to Mandalay. After breakfast at the hotel (included in price), I was ready at 8:30am for the mini van to arrive by 9am.

It takes about 6 hours by bus or mini-van from Hsipaw to Mandalay, including a stop over for about an hour somewhere in the middle for lunch. 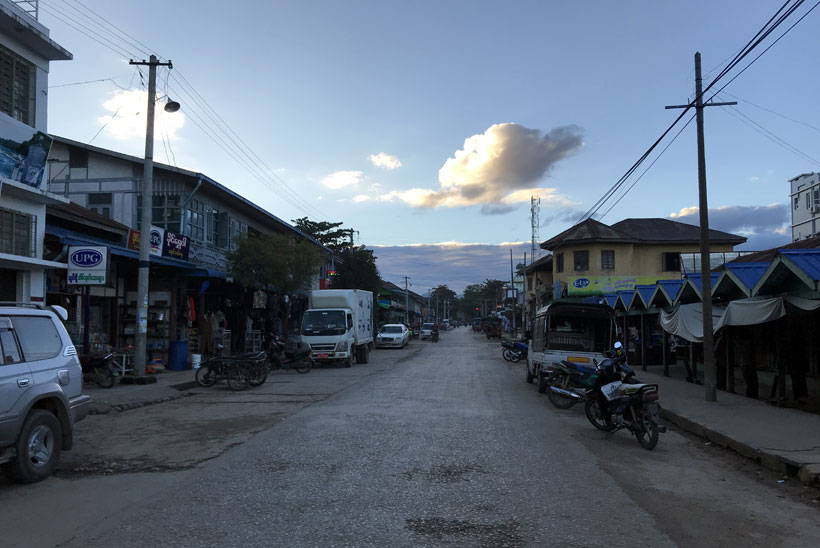 After reaching my hotel in Mandalay past 2pm, I headed out to send postcards to friends and also get a stamp in my Postal Stamps Travelogue book.

The post office is right next to the one remaining spot I missed from my previous days in Mandalay – The Mandalay Palace. Actually, the whole city revolves around these massive grounds that dominate the cityscape. They are a huge square of about two kilometers on each side, surrounded by a 64 meter-wide moat. Only one entrance can be used by tourists – the eastern – and it can take a long time to get to it if you happen to be on the other side.

The reason for the long time is because the actual restored palace takes up only a small space in the center of the grounds. The rest of the area is now a military base; and big signs and guards remind you that it’s a restricted zone, so make sure to walk down the pathway and straight into the palace area. No wandering around or else you’ll be thrown out! 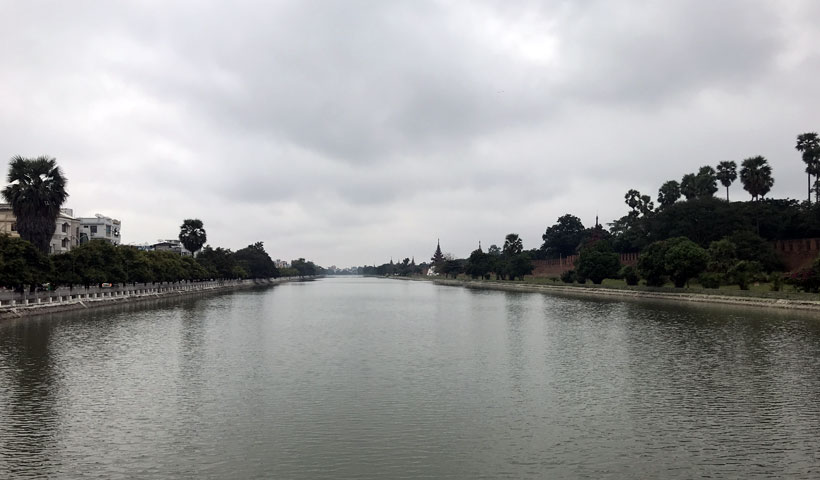 [Mandalay Palace grounds on the right of the moat] 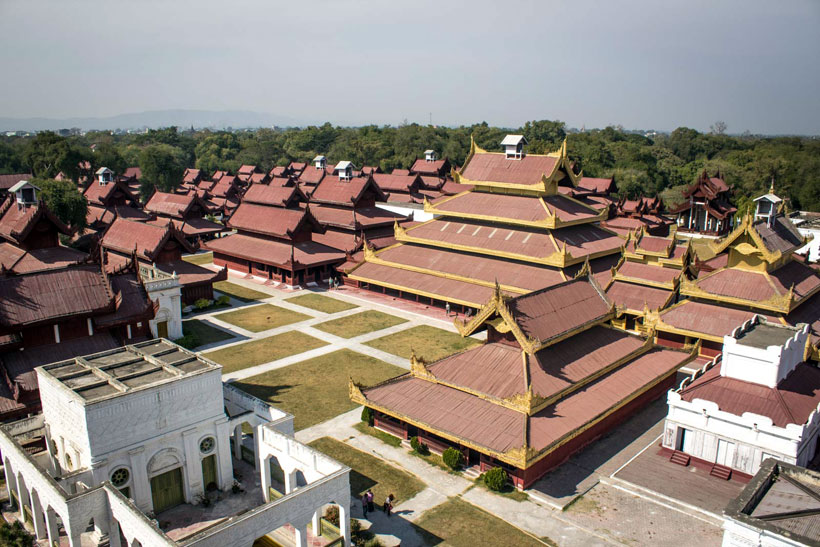 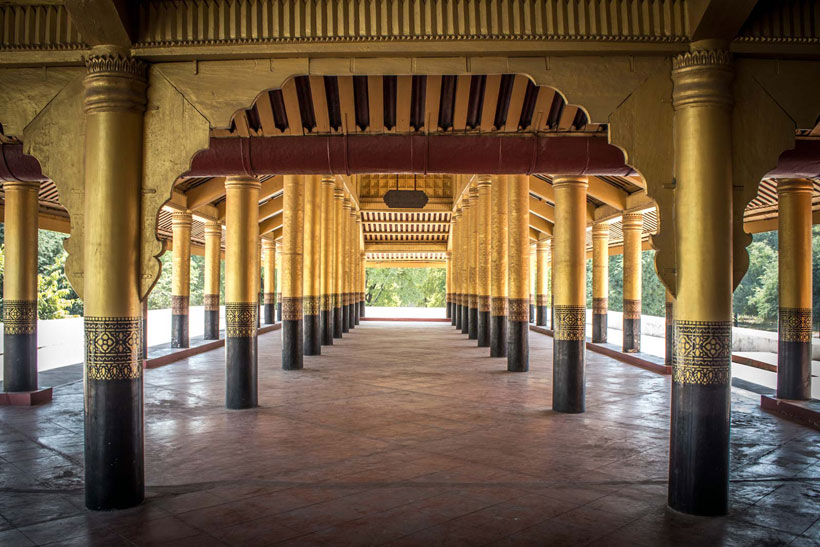 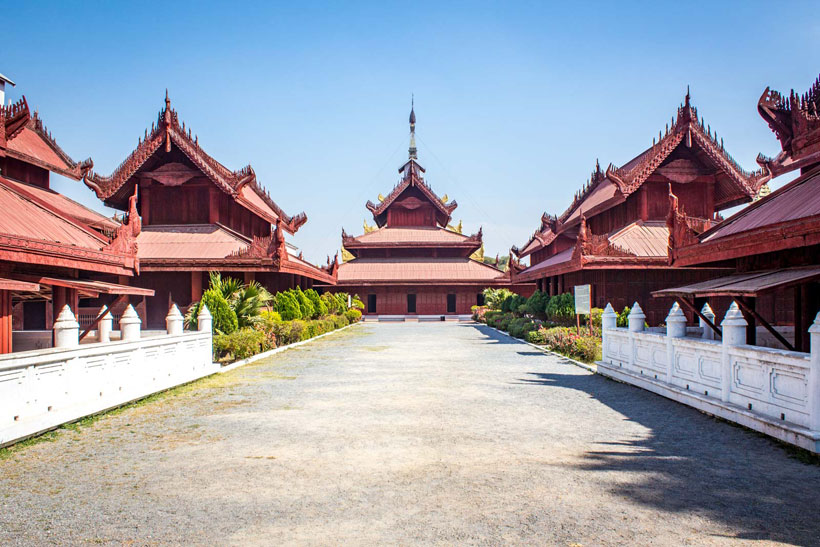 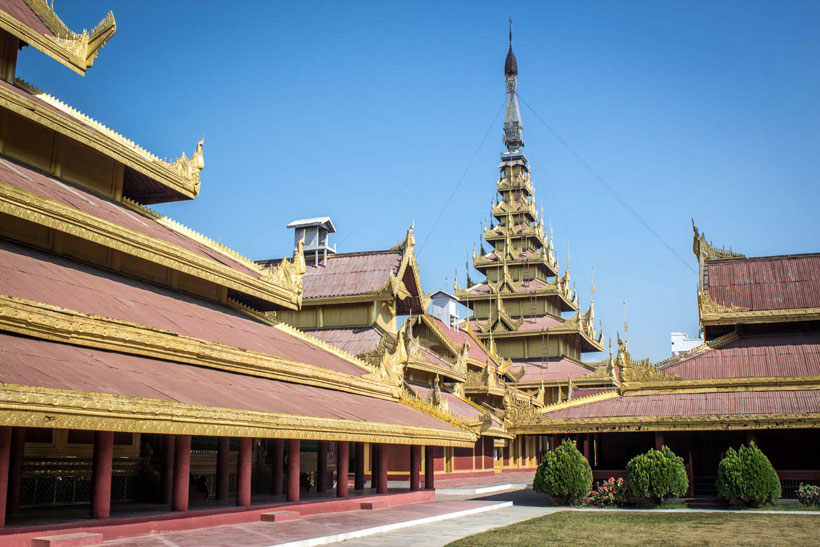 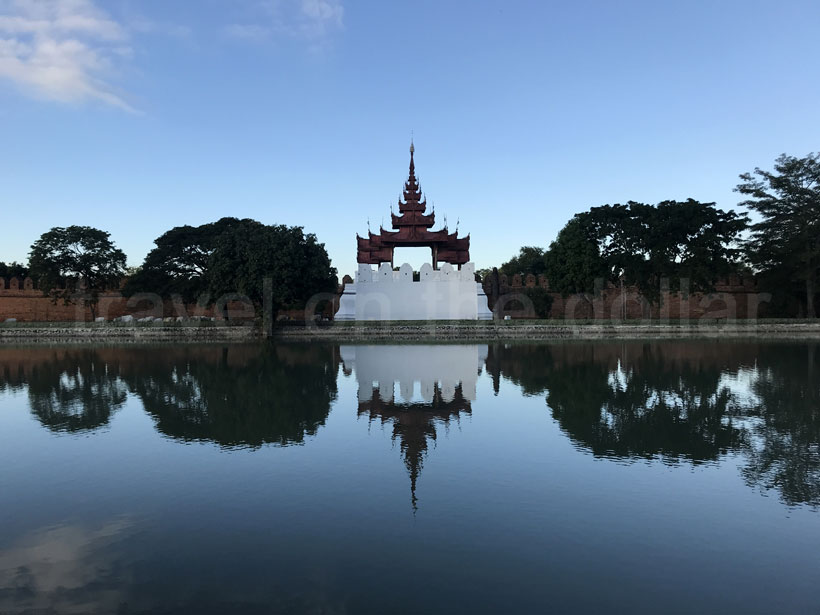 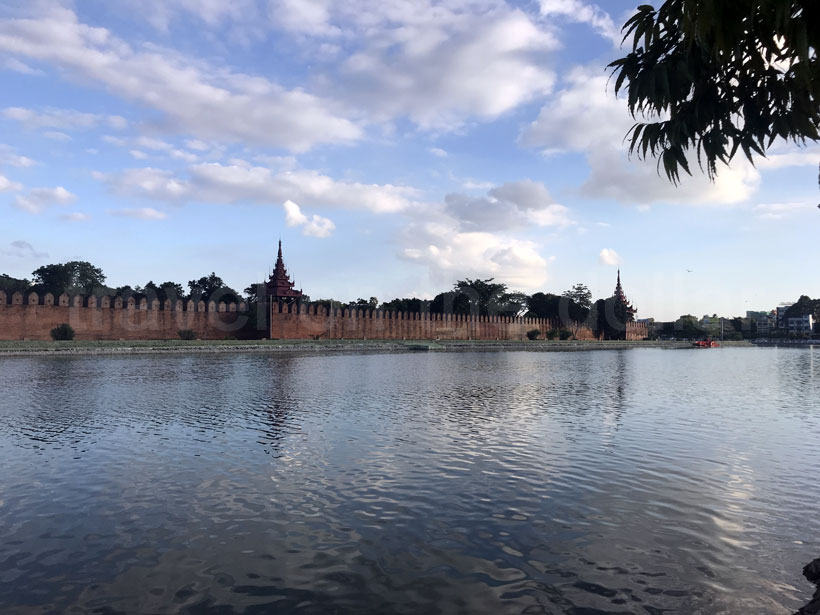 Walked back to the hotel, which took about an hour from the palace grounds. With all that walking around, I was drained so relaxed at the hotel with some coffee; and a quick dinner after I called it a night!

Mandalay to Yangon to Kinpun

Travel from Mandalay to Yangon, onward to Kinpun.