Hsipaw is a small town and most sights in the town can be accessed by foot. But if you want to visit some of the places just out of town, the best way is to rent a bicycle; and that’s what I did. For MMK 2,000 (~ $1.50) per day, you can rent a bicycle from any hotel.

After waking up to a lazy morning, I had breakfast at the hotel and set out to explore Hsipaw. First stop was Little Bagan on the north side of the town. Compared to Bagan in the west, this is not even close to being called “Bagan”, but the age-old mini payas covered with vines and grass makes it a valid name. 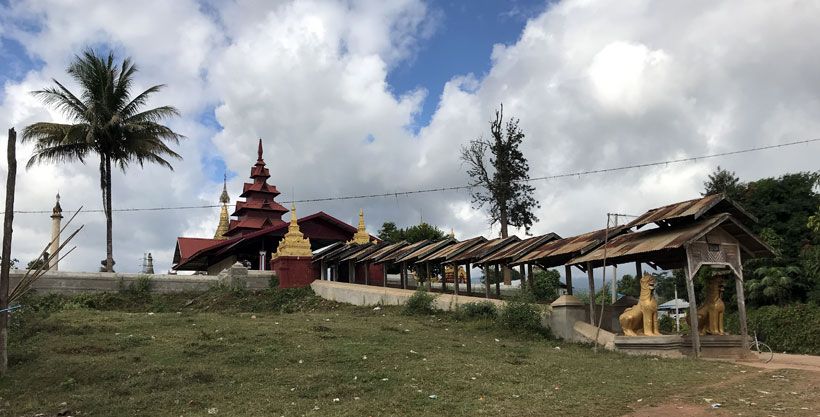 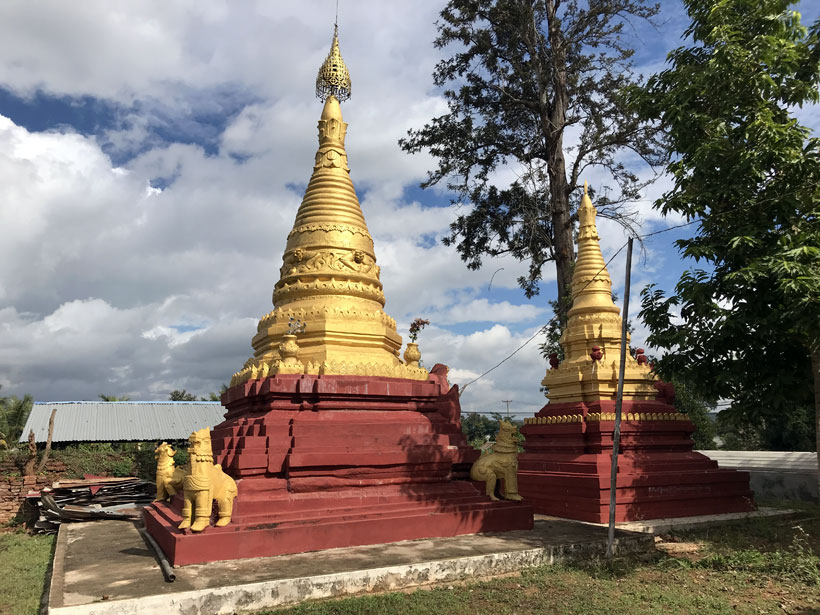 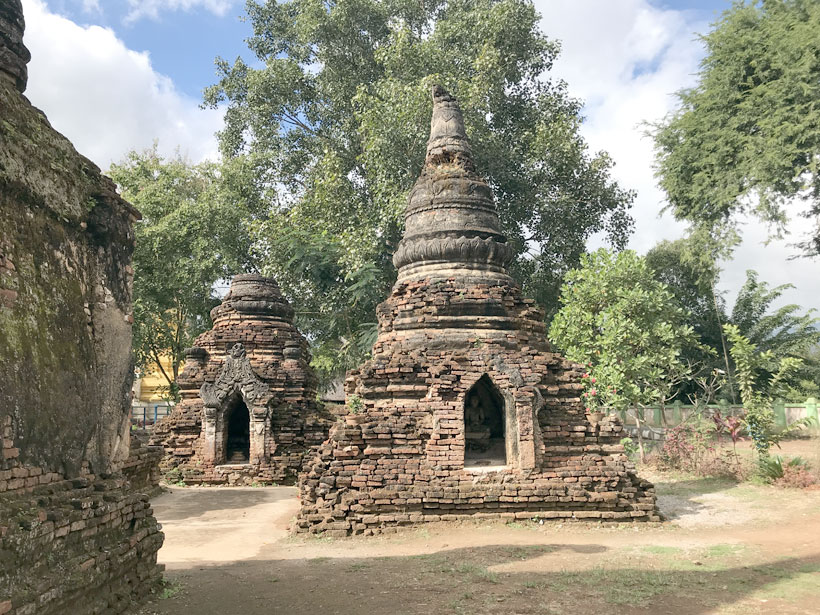 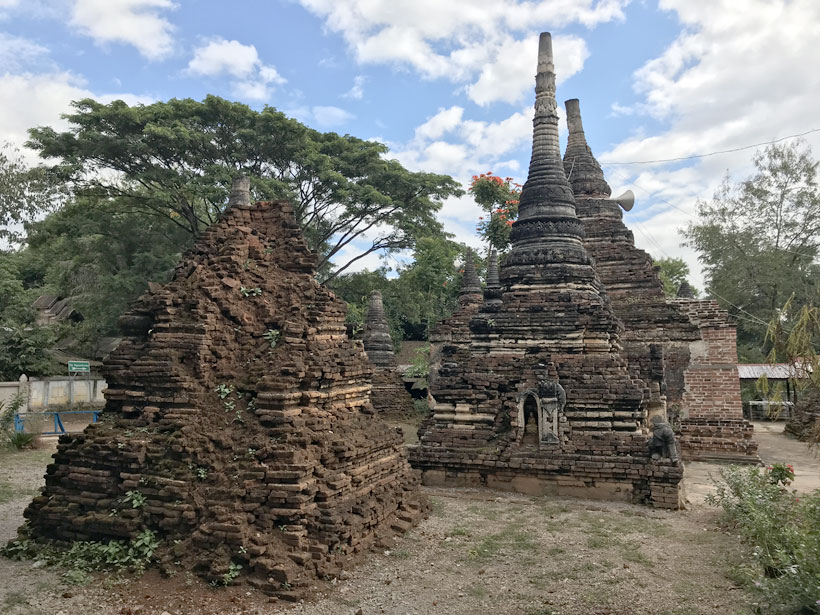 A short bicycle ride of 3 minutes to east from Little Bagan will bring you to this small, but significant sight found only in Hsipaw – Tree growing from top of Pagoda. This is a considerably cracked pagoda consisting of a tree which sprouts from its crown. 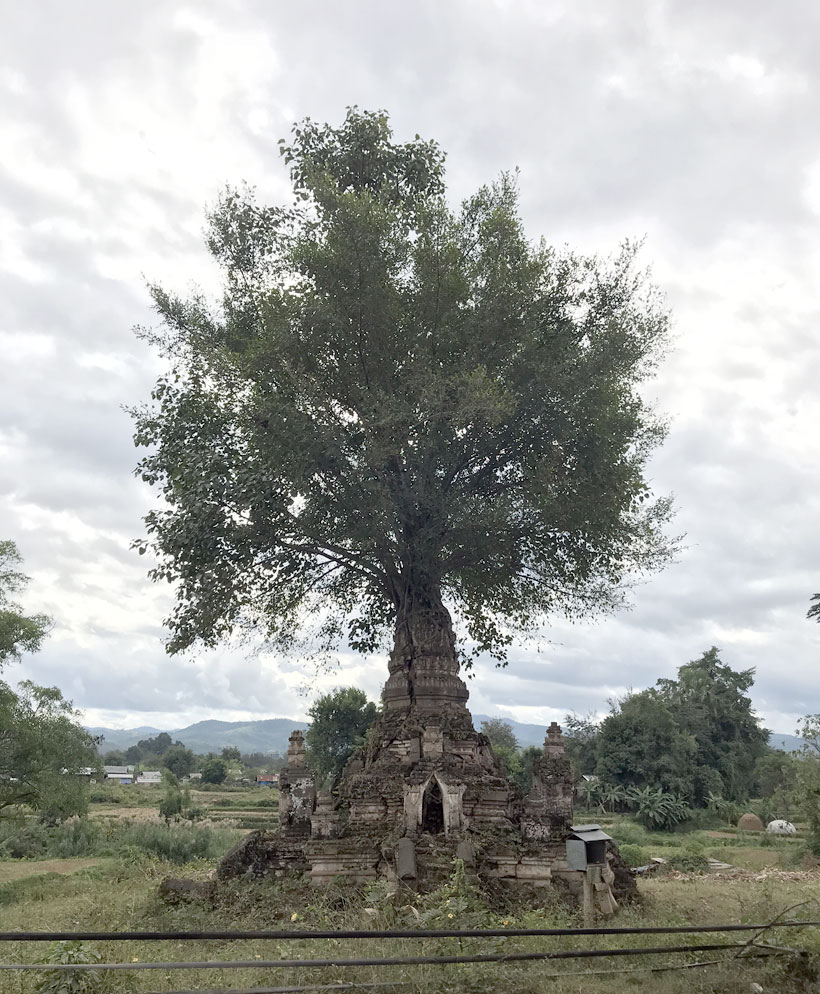 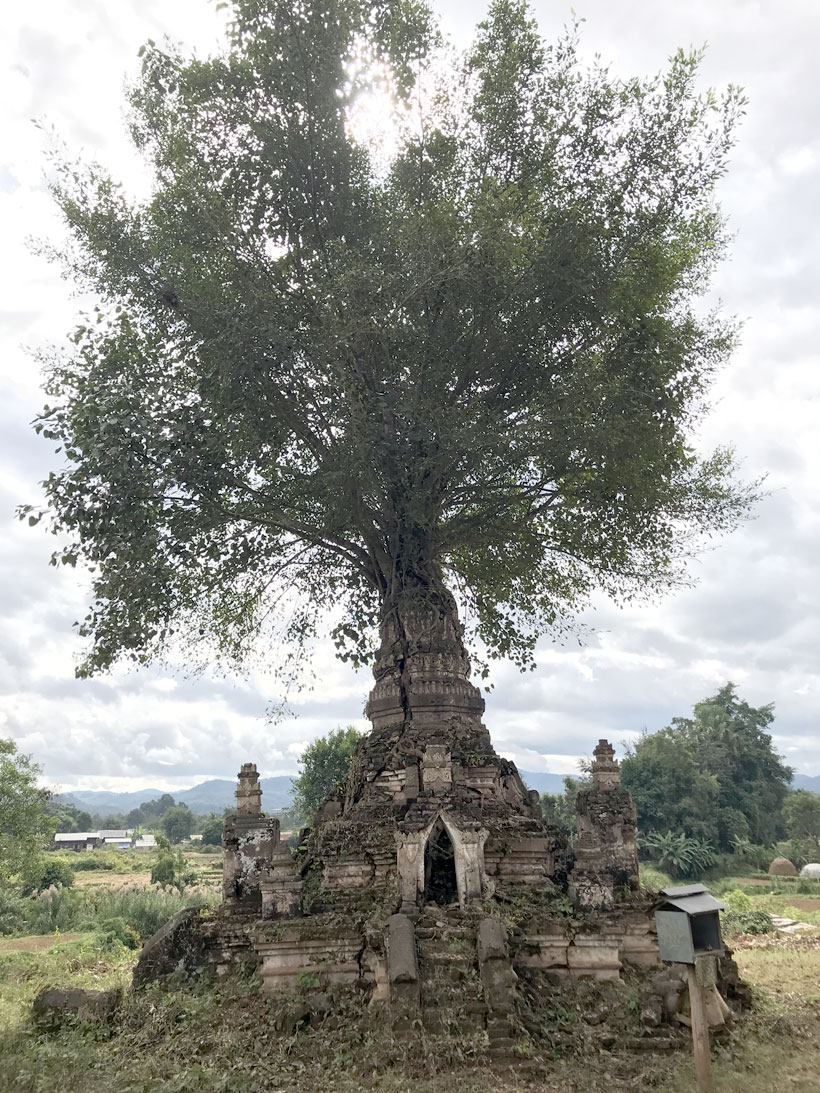 Right next to the tree pagoda is Maha Nanda Kantha or Bamboo Buddha Monastery. The entire monastery is simple, yet well maintained and charmingly old. It is a lovely place to wander and enjoy the atmosphere, especially because everything seemed to be a more simplistic version of those great Mandalay monasteries I had seen before. This monastery hosted a 150 year old Buddha statue made entirely out of bamboo and covered my many layers of gold. 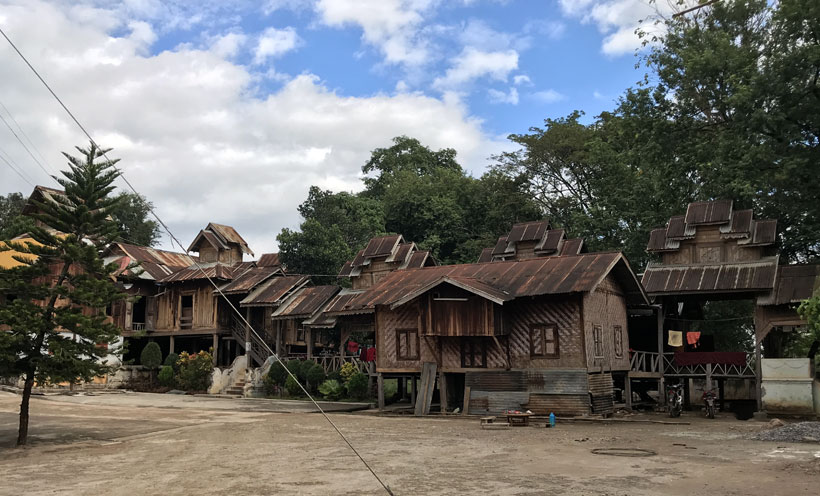 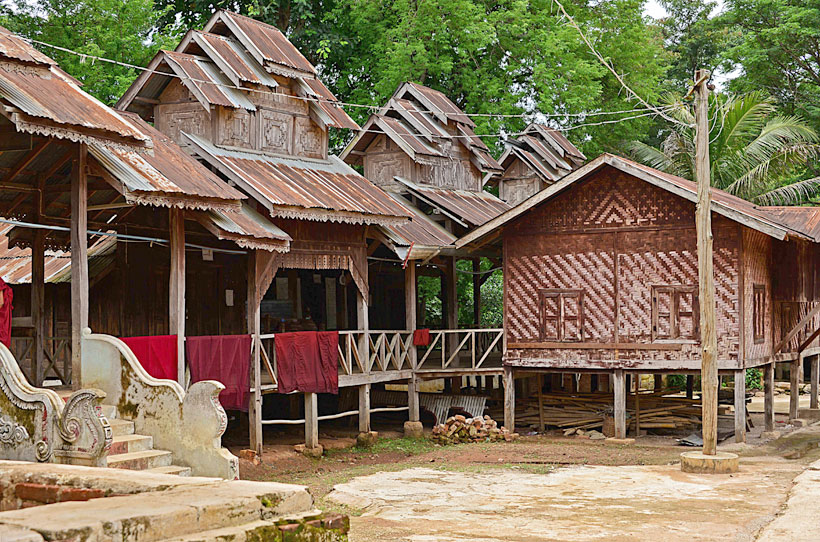 It was just past 1pm, and I wanted to visit Shan Palace on my way back south, but the palace is open only from 3pm to 5pm, so I rode the bicycle to the Central Market for lunch. 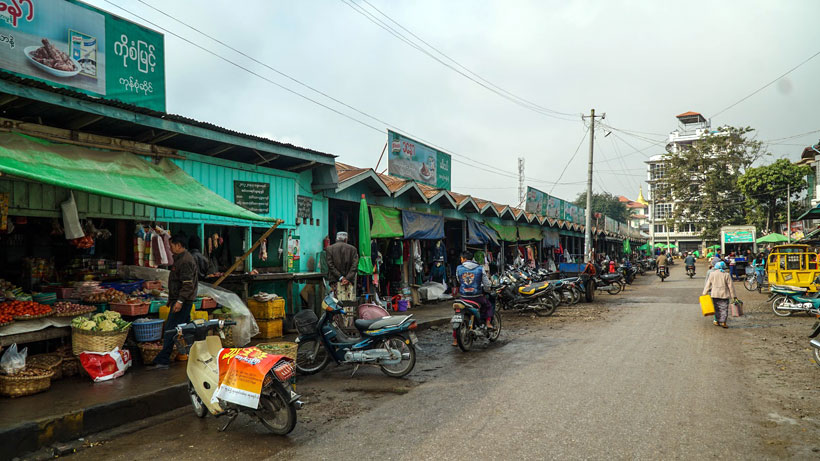 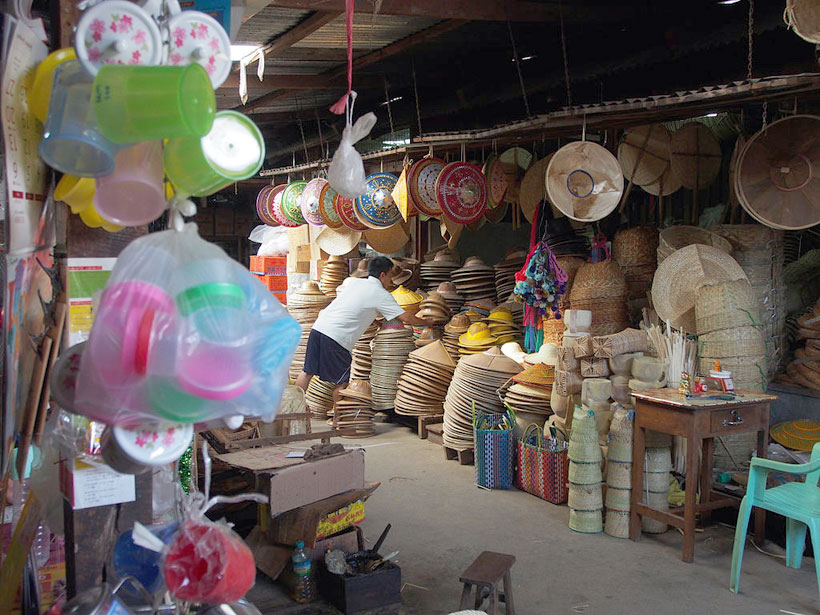 A quick lunch later, I headed back north to visit Shan Palace, a British colonial-style home built in 1924. For centuries Shan state was divided into 32 separate kingdoms, each ruled by a sawbwa (sky prince). When the military junta seized power in 1962, they ended this tradition – and the last sawbwa disappeared ominously. His wife, Inge Sargent, relates the tragic events in her book, Twilight over Burma: My Life as a Shan Princess (you can get a copy of the book at the palace for MMK 10,000).

Visitors are welcomed daily between 3pm to 5pm. The sister-in-law of Hsipaw’s last sawbwa passionately recounted the fateful military takeover, explained what had happened to Inge Sargent and answered questions on contemporary Burmese politics. Visiting Hsipaw’s Shan palace provides a fantastic opportunity to gain an insight into recent Myanmar history and to learn about a tale of tradition, tragedy and terror; it may be the most informative and enlightening thing you do in Myanmar. 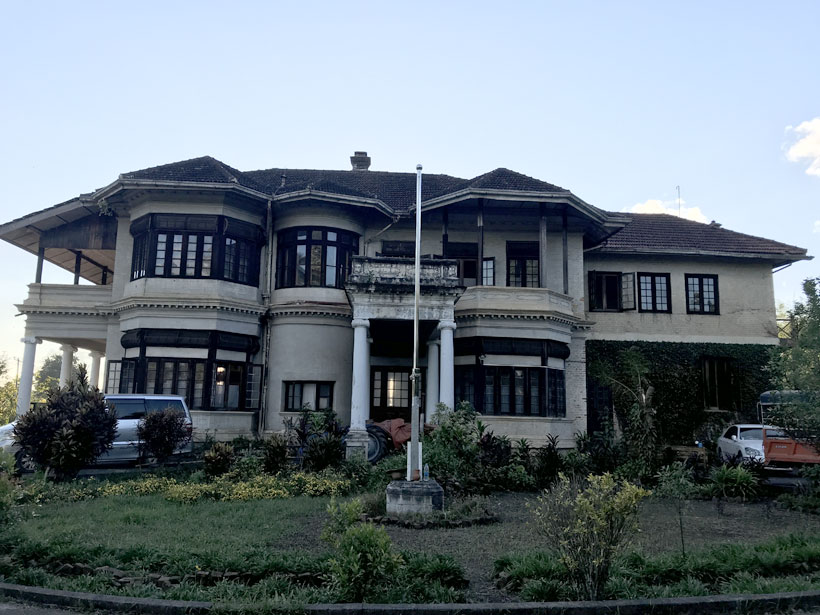 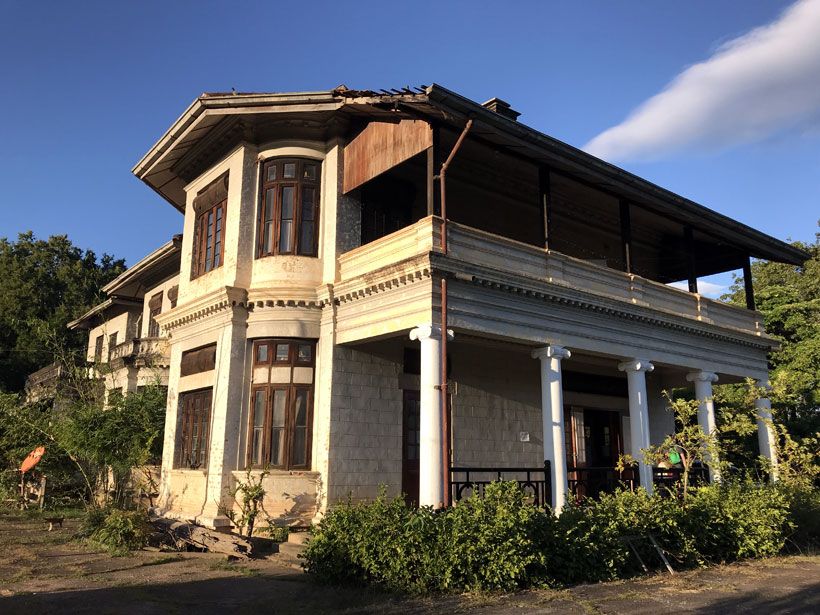 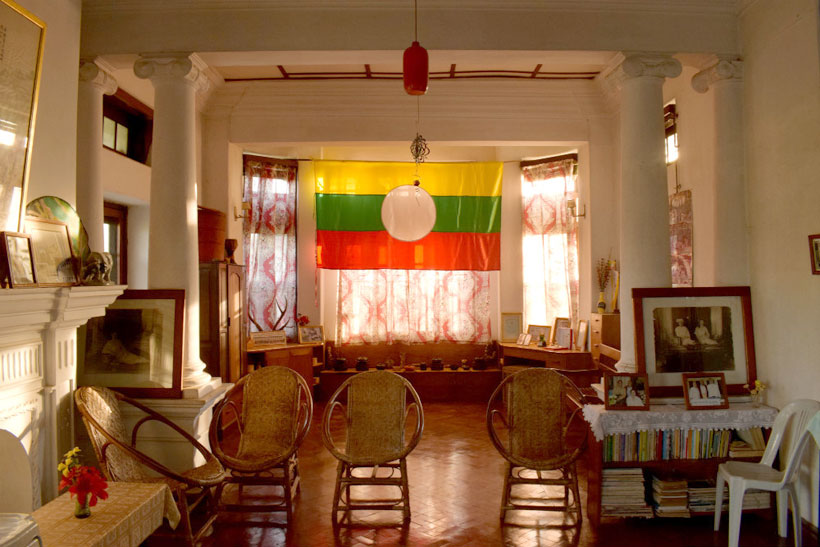 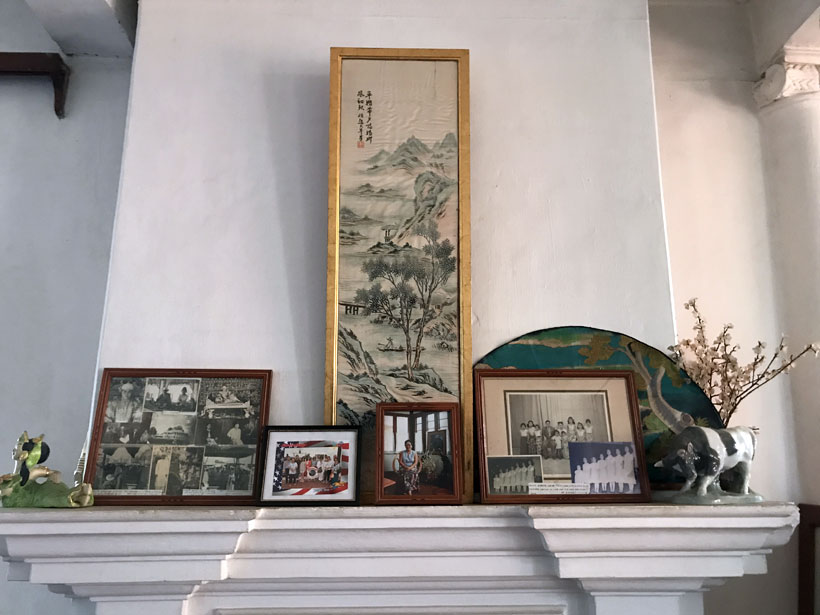 I had about an hour before the sunset and riding a bicycle to the southern tip of the town would have made me miss watching the sunset from Sunset Hill, so I decided to take it easy from all the exhaustion of riding all day, and stay in the town!

Coffee sounded great at that time and one of the best places to have it was at a cafe near the riverfront, watching sunset across the hills of Hsipaw. 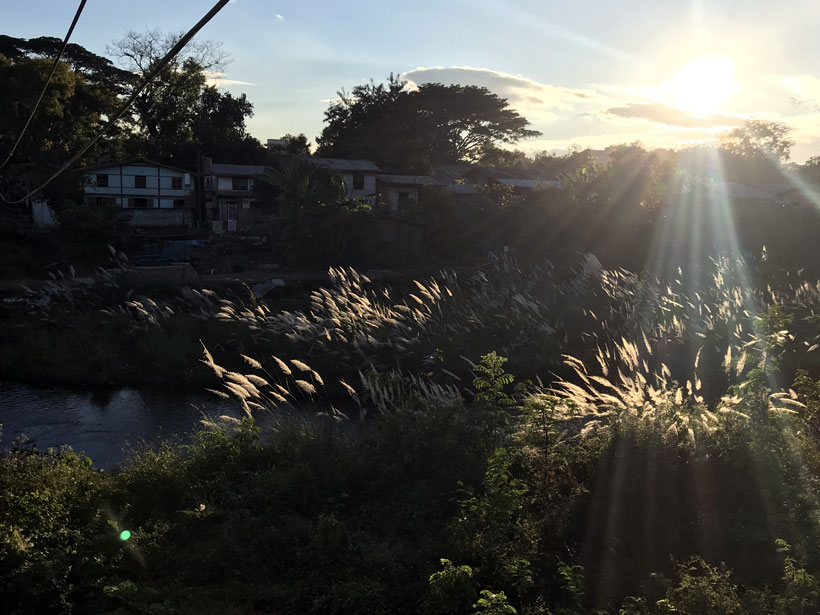