All the sights in Mandalay are spread across this second largest city and walking to all of them is not possible. Considering the traffic of Mandalay, the best and cheapest way to see all the sights is to hire a motorcycle-taxi. Prices vary largely depending on whom you ask, and most hotels will arrange a motorcycle-taxi for you. A day of sightseeing in the city itself (north and south sights) should cost around MMK 10,000, but a three-city tour (Sagaing, Amarapura, Inwa) costs about MMK 15,000-20,000 for the day.

Similar to previous day, I hired the same motorcycle-bike taxi to show me around Mandalay.

After breakfast at the hotel, we started at 8:30am and first stop was Mahamuni Buddha Temple (Maha Muni Paya). One can visit the temple for the 4am face-washing ceremony, but I visited later in the morning. About 45 minutes drive from the downtown, this particularly holy site among Myanmar Buddhists and others, contains an ancient Buddha statue (the Maha Muni Buddha), which was transported to Mandalay from Mrauk U in the kingdom of Rakhine (which borders modern Bangladesh), when that kingdom was defeated by the Burmese in 1784. But the statue is much, much older. Some believe that the statue was cast in 554BC, one of only five statues of the Buddha made during his lifetime; that it was breathed upon by him; and that it therefore became an exact likeness.

The weird part is that men, who are allowed to touch the Buddha image, constantly apply gold leaf to it. This is considered an act of virtue. Women are not allowed inside the temple close to the statue. 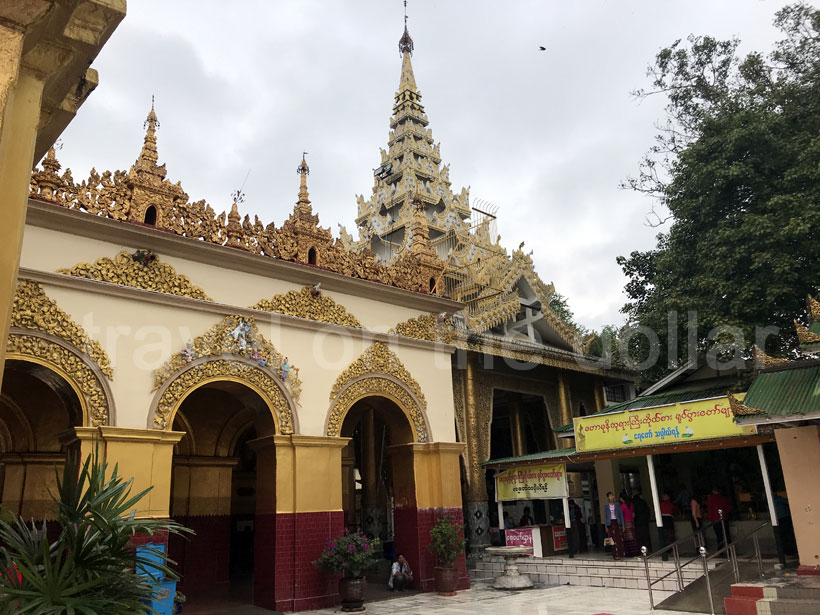 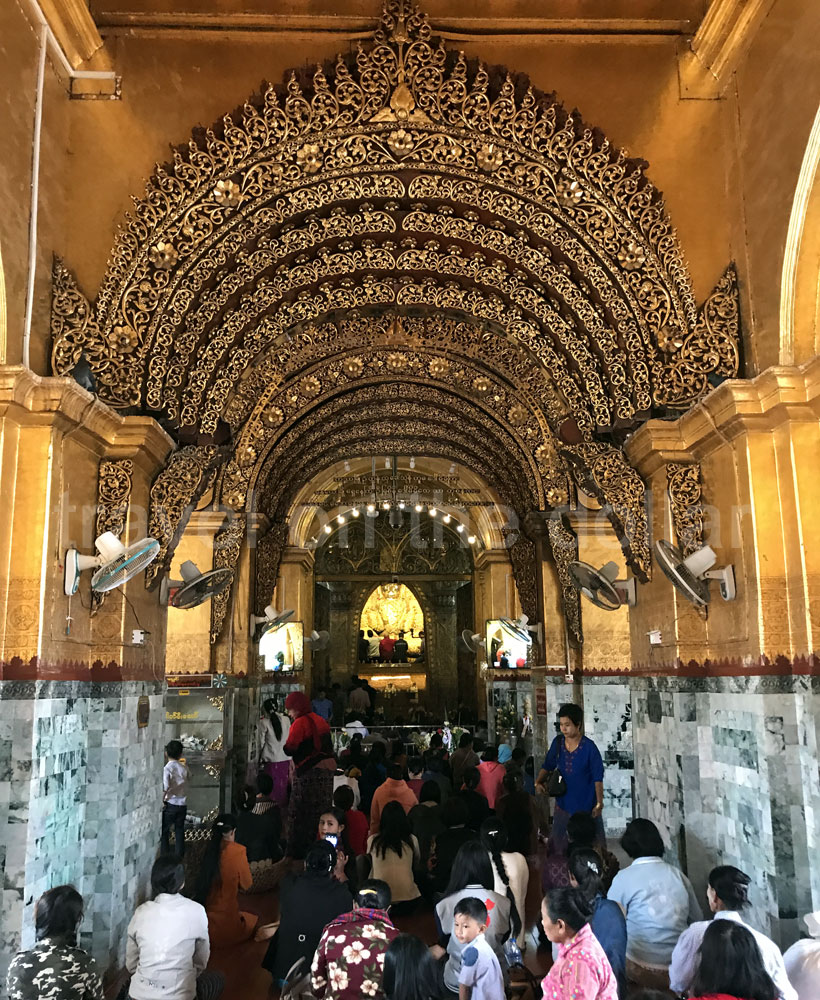 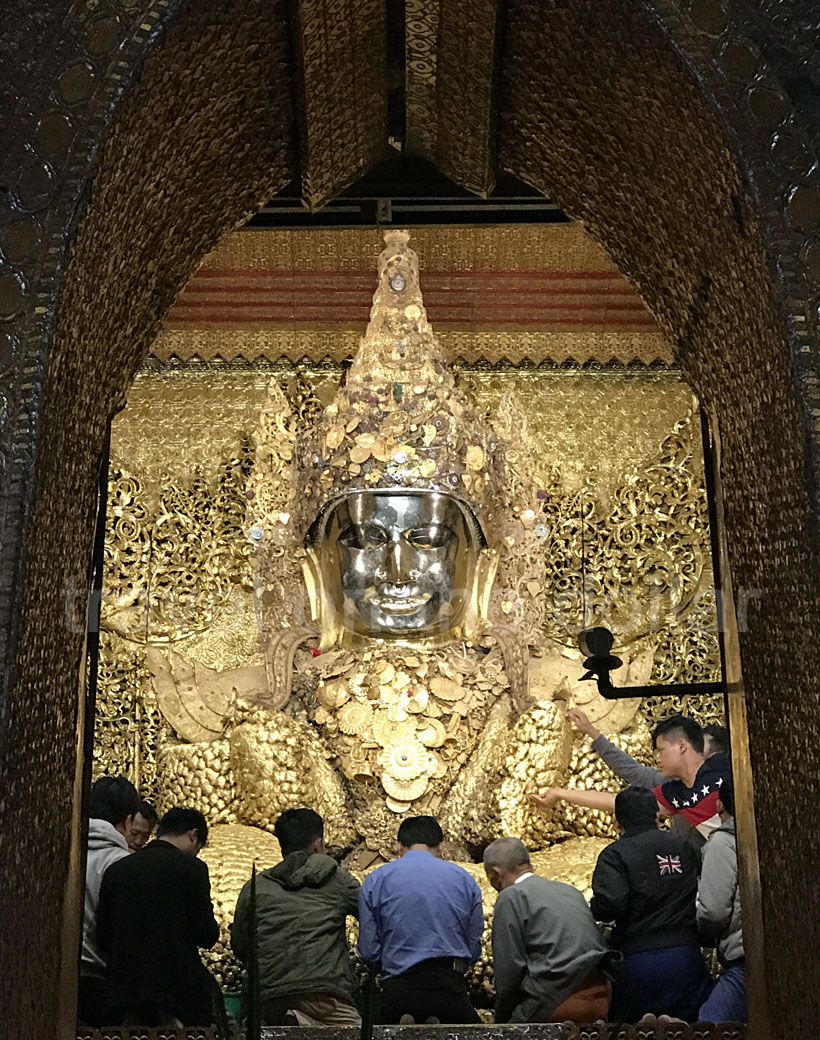 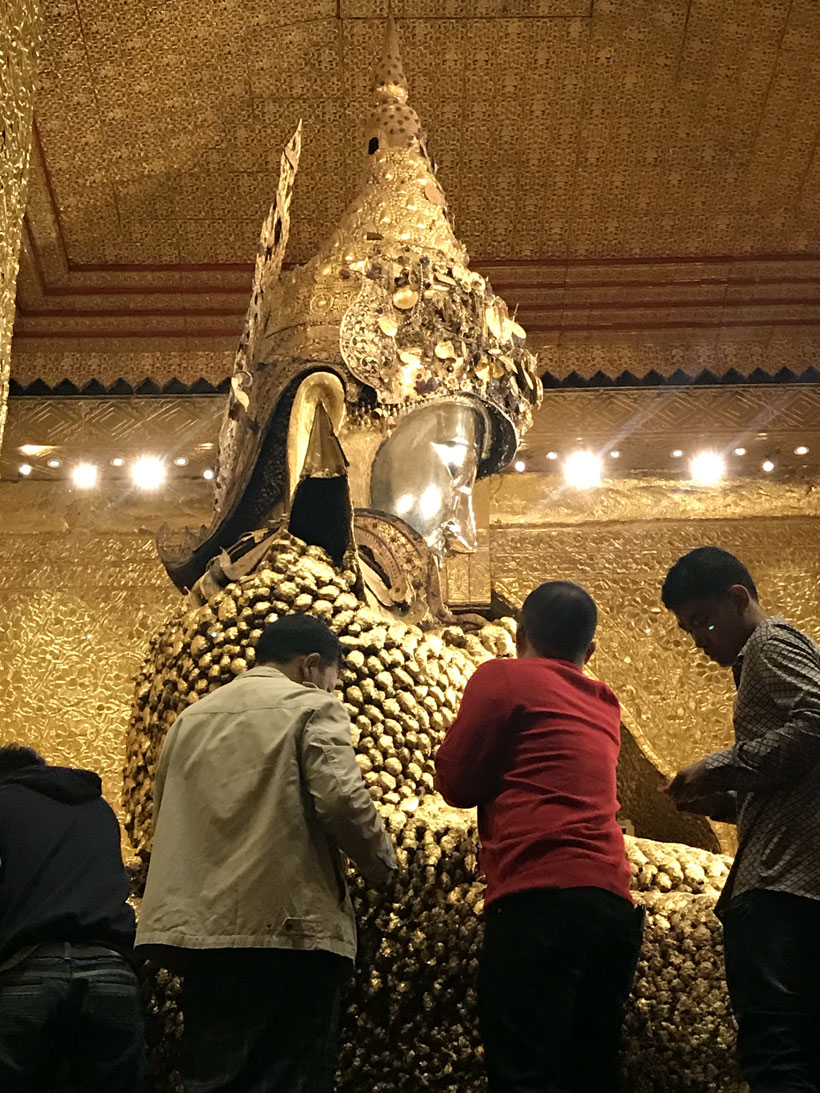 A short ride on the motorcycle and we were at another Buddhist temple that has four huge standing statues of Buddha. And from here we visited Sri Krishna Temple, a Hindu temple of Lord Krishna.

Last stop on the south side of the city was Shwenandaw Monastery, before heading north. 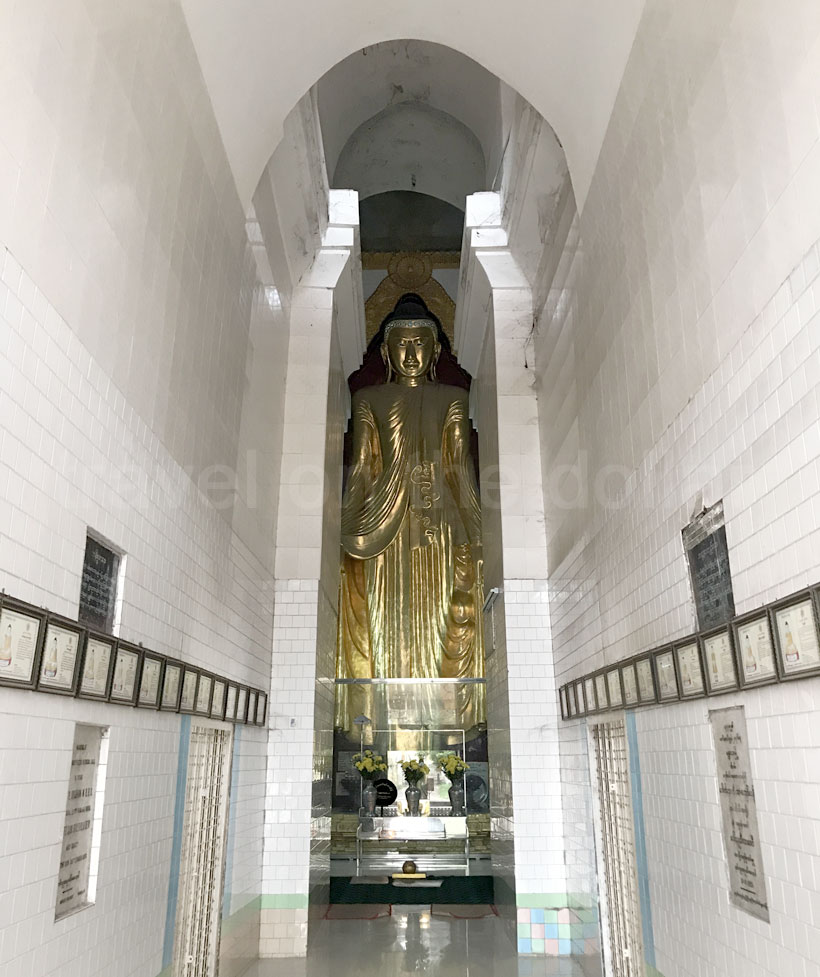 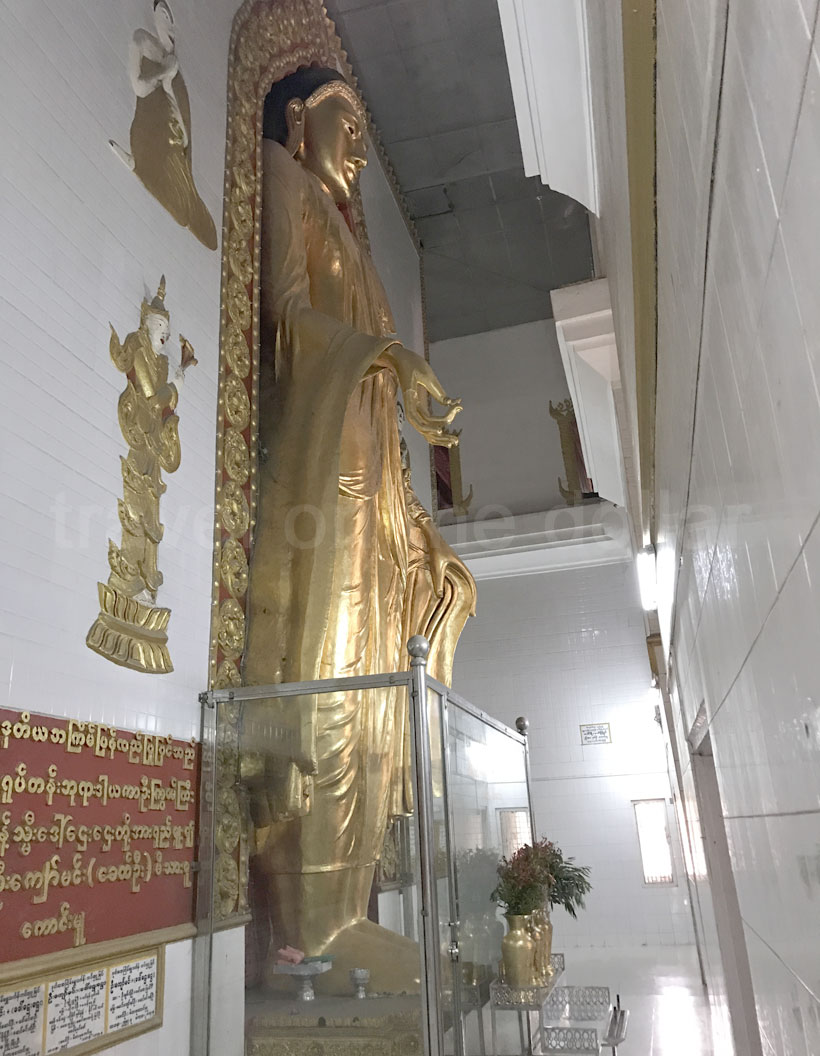 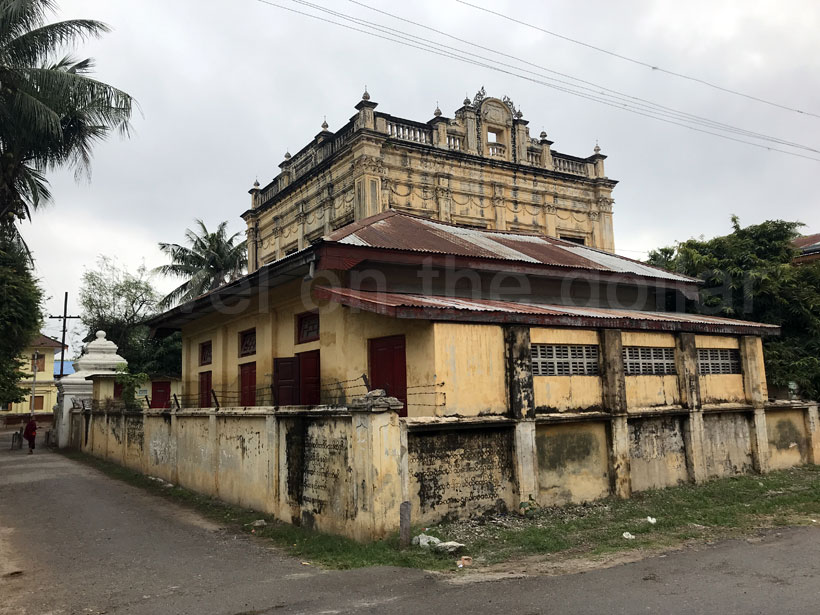 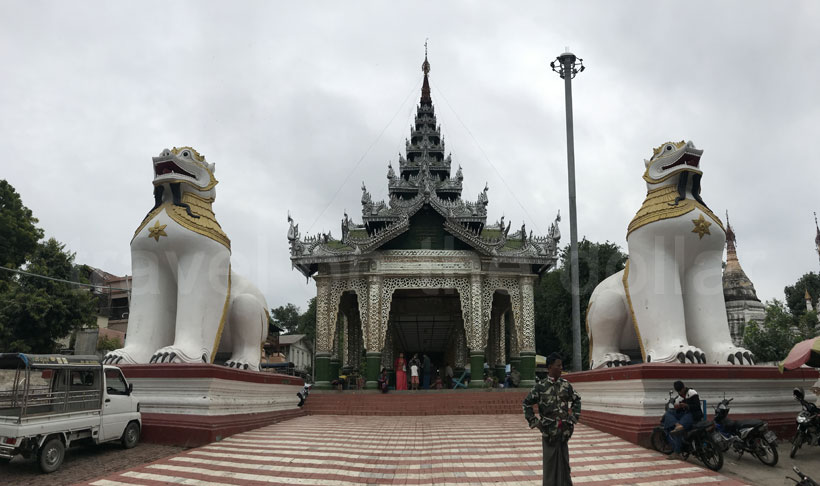 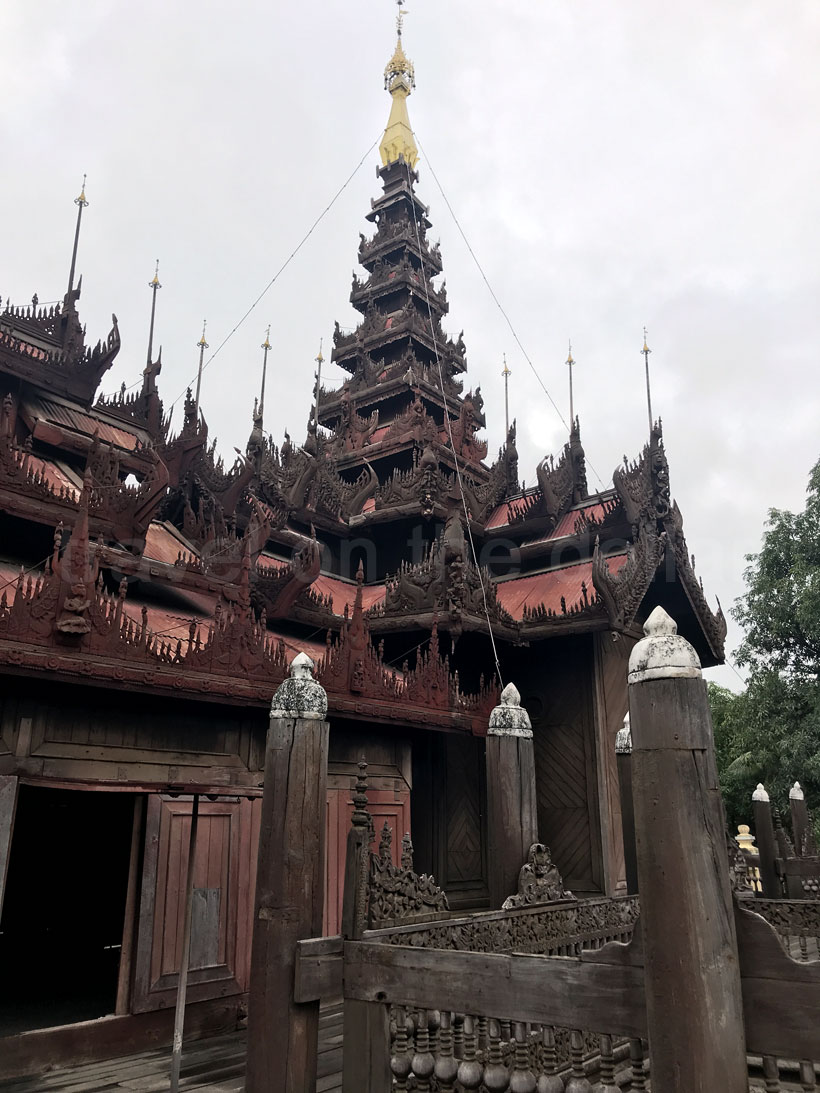 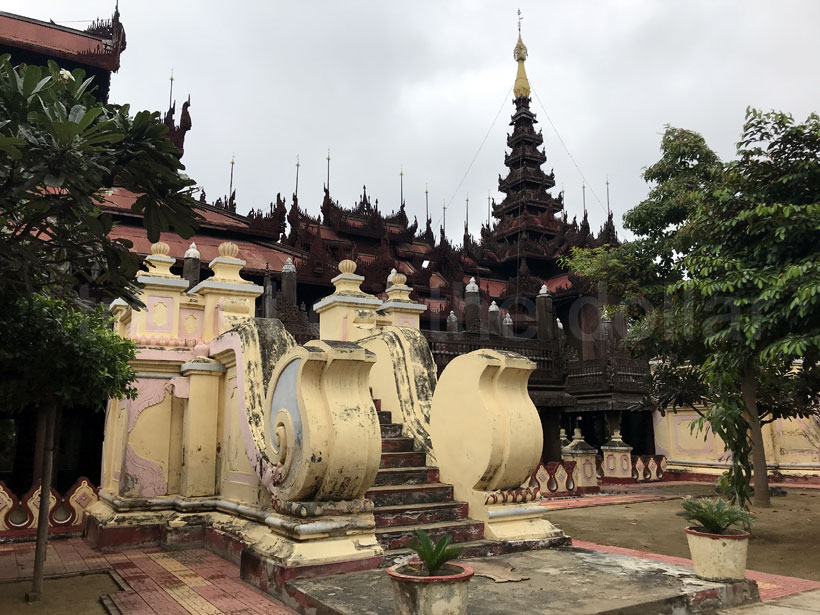 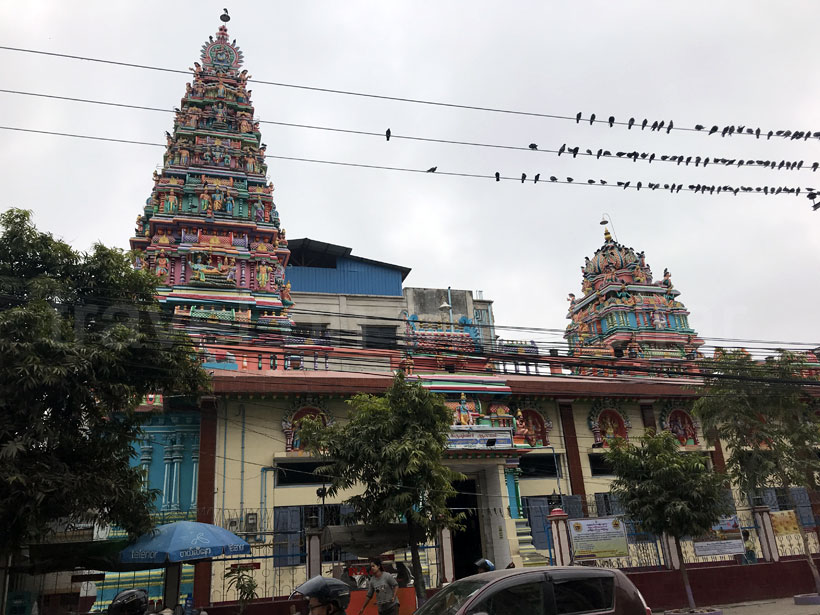 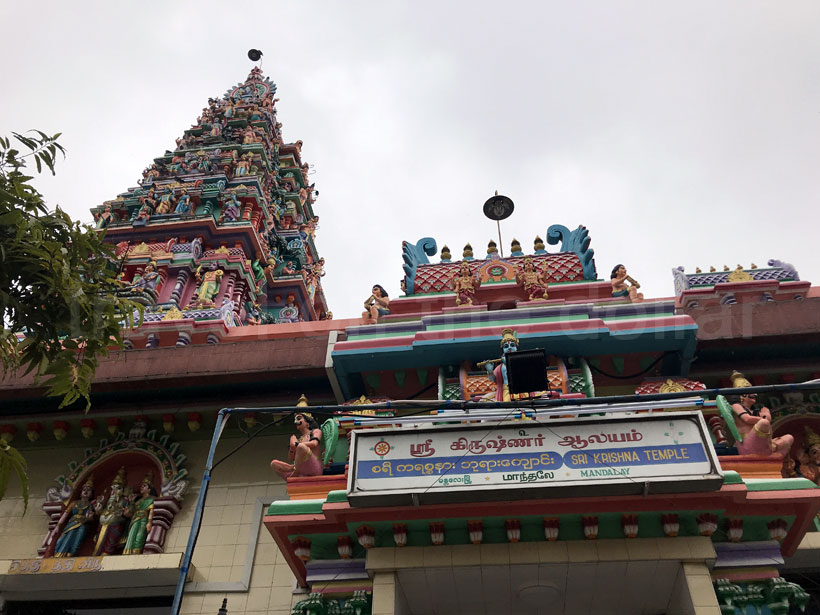 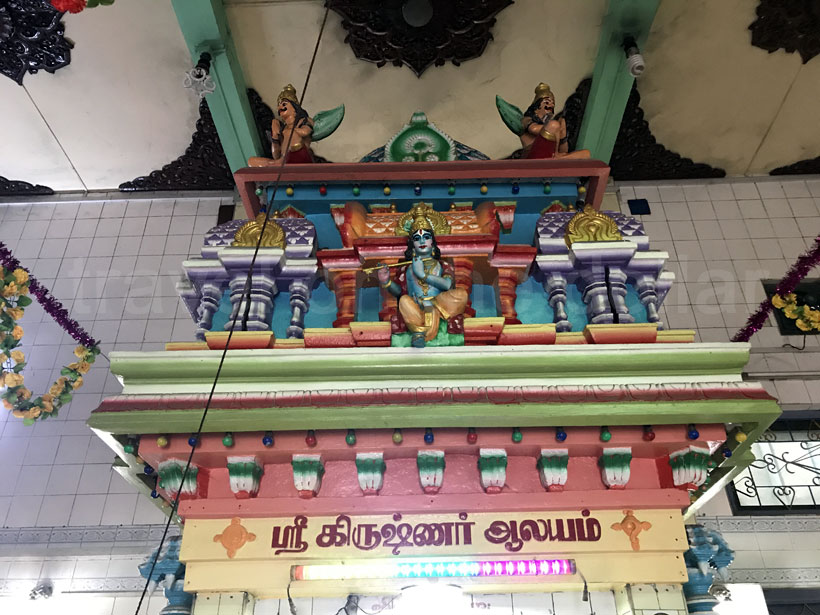 It takes about 45 minutes to an hour to reach the northern side of Mandalay from the south, considering the terrible traffic. First stop on the north side was Kyauktawgyi Pagoda. Having seen many pagodas in Myanmar, I didn’t visit this from inside as it costs MMK 5,000. 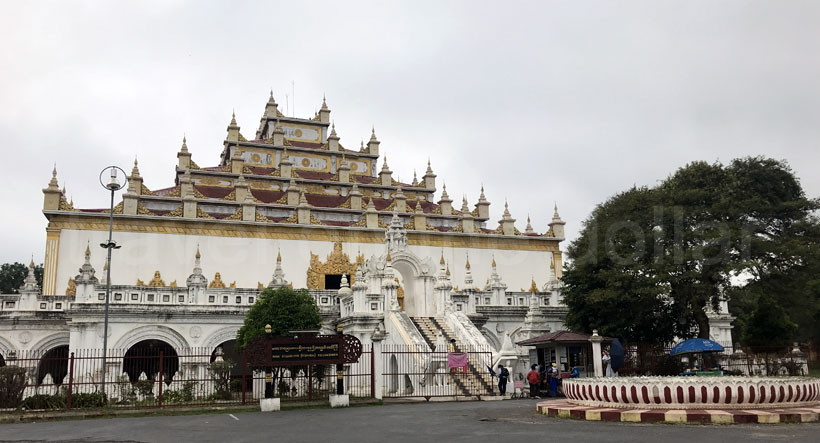 Right across from Kyauktawgyi Pagoda is the stunning and huge Kuthodaw Pagoda. This is a UNESCO World Heritage site that contains the world’s largest book. It was built during the reign of King Mindon. The stupa itself, which is gilded above its terraces, is 188 feet (57 m) high, and is modeled after the Shwezigon Pagoda at Nyaung-U near Bagan. In the grounds of the pagoda are 729 kyauksa-gu or stone-inscription caves, each containing a marble slab inscribed on both sides with a page of text from the Tripitaka, the entire Pali Canon of Theravada Buddhism. 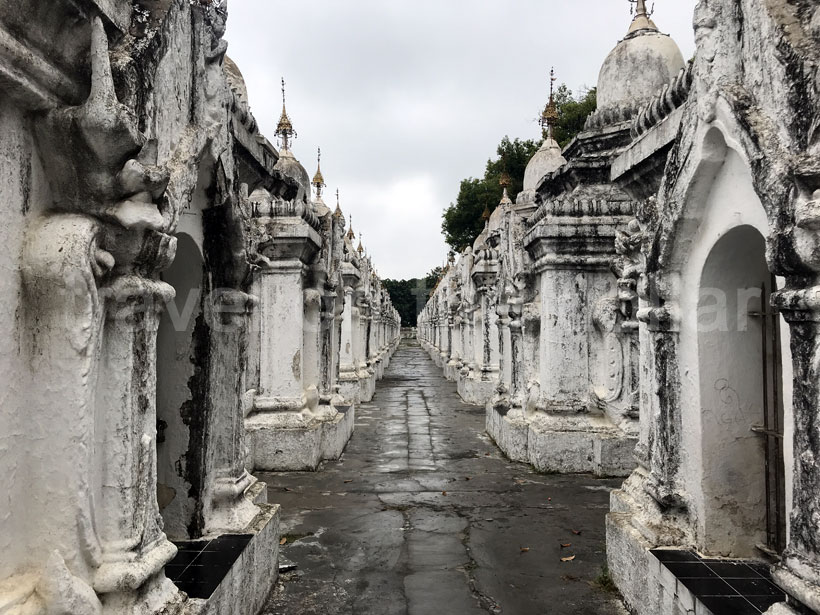 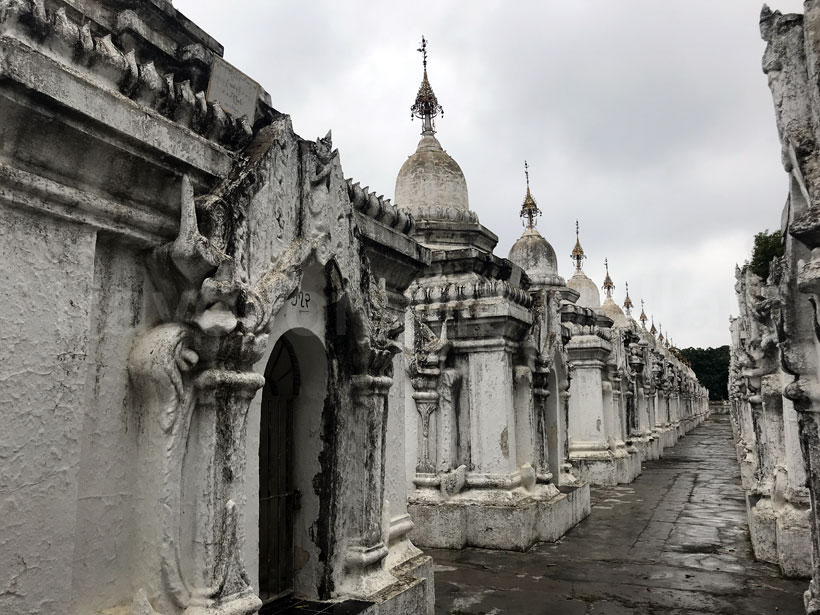 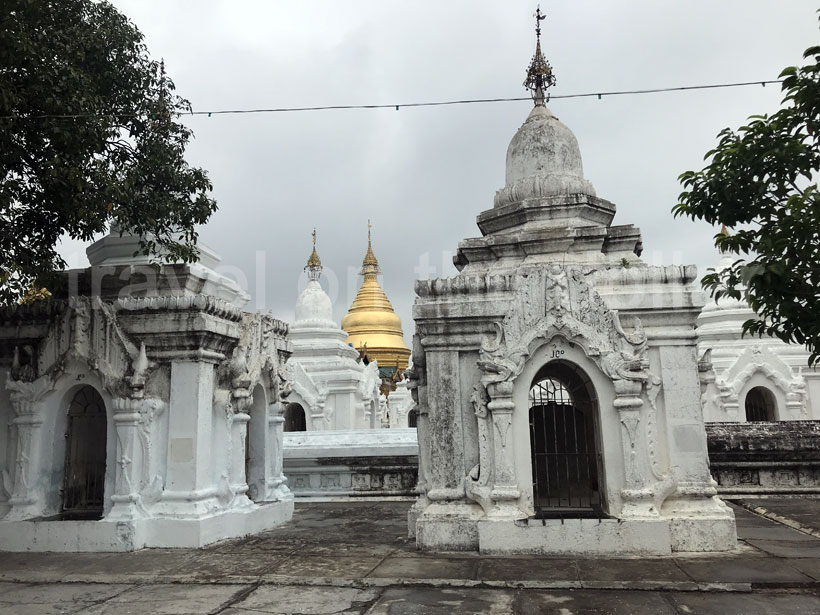 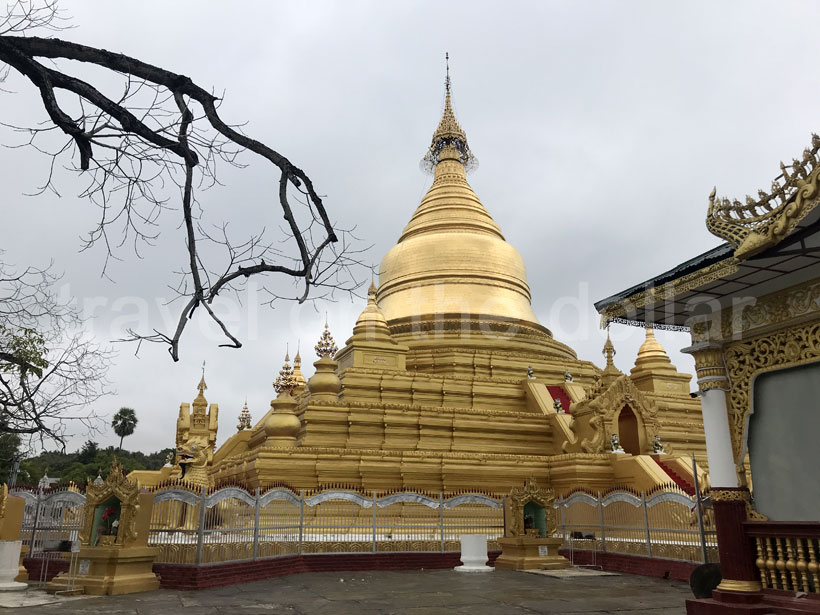 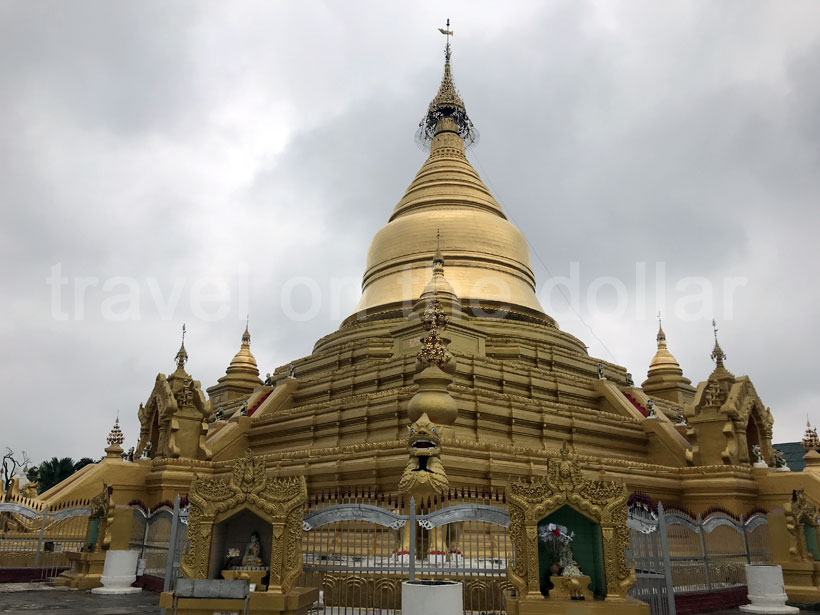 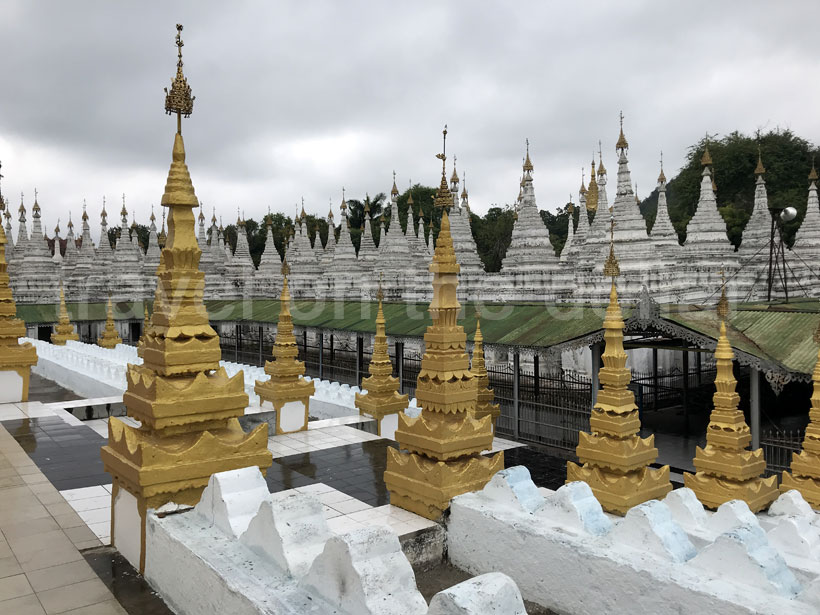 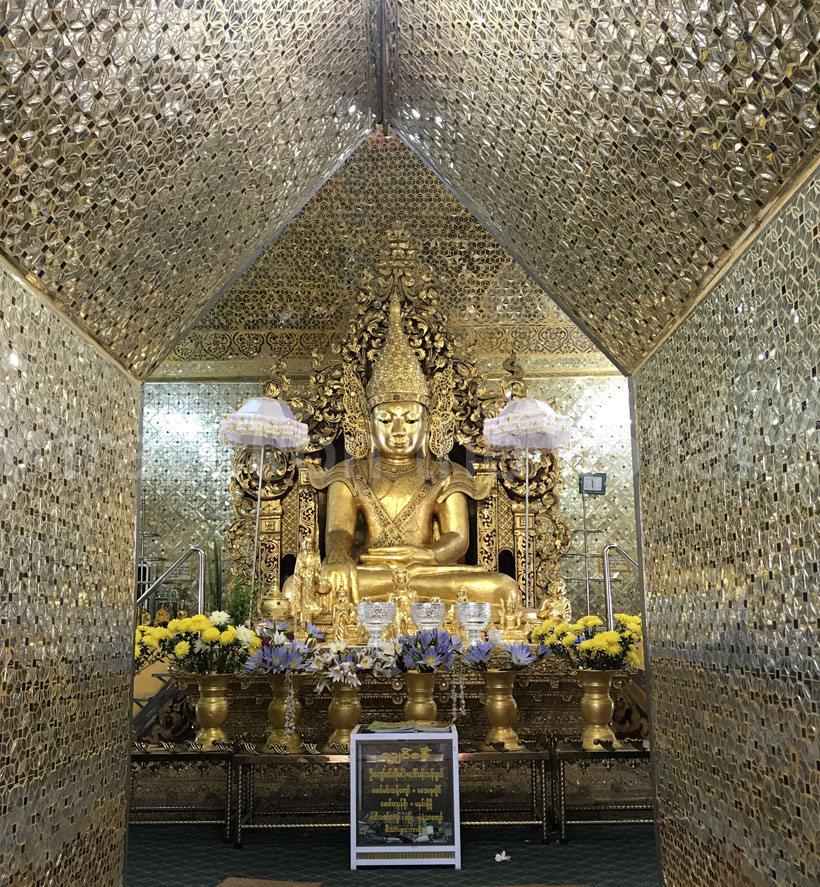 Another 20 minutes ride up the hill brought me to the top of Mandalay Hill, where the stunning Su Taung Pyai Pagoda stands with its ornately decorated walls. 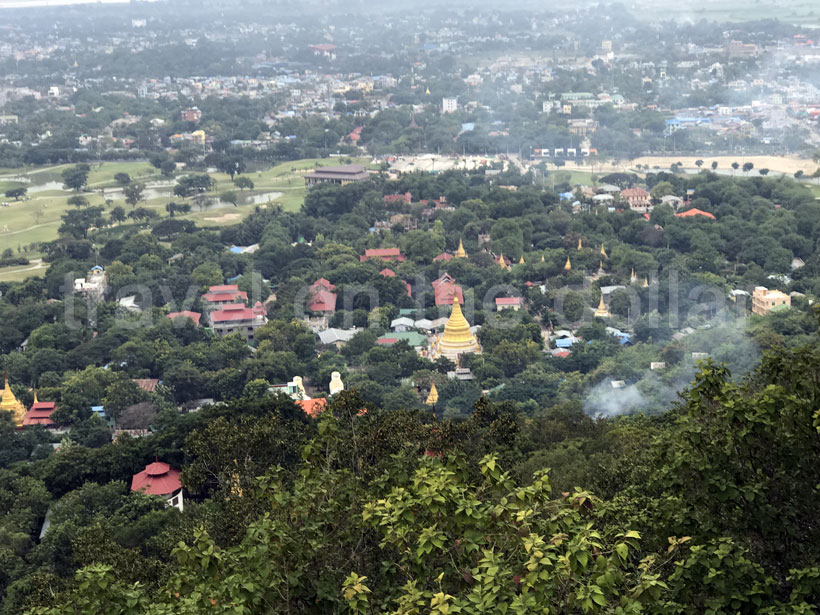 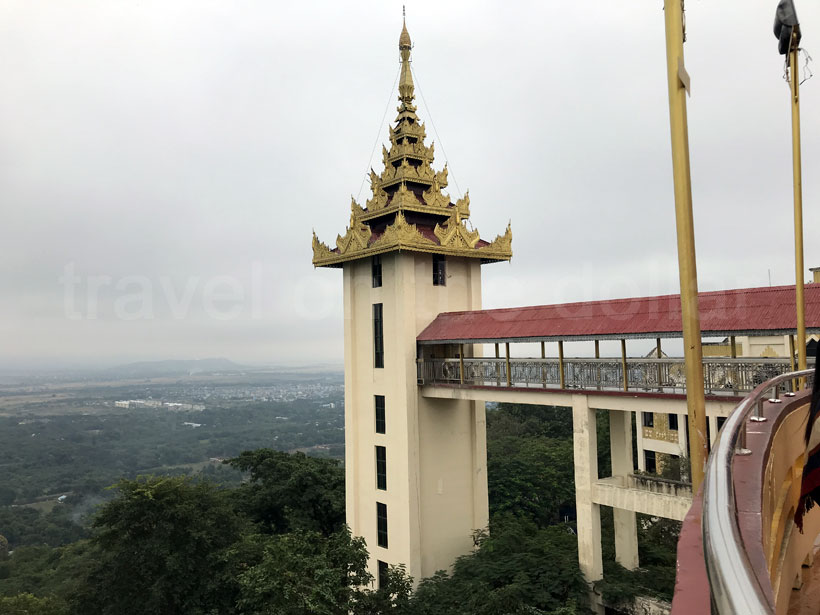 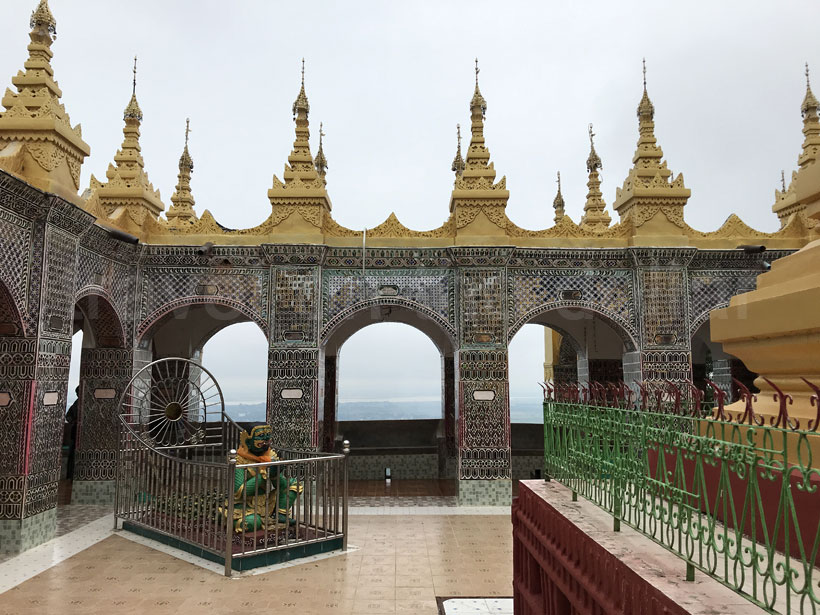 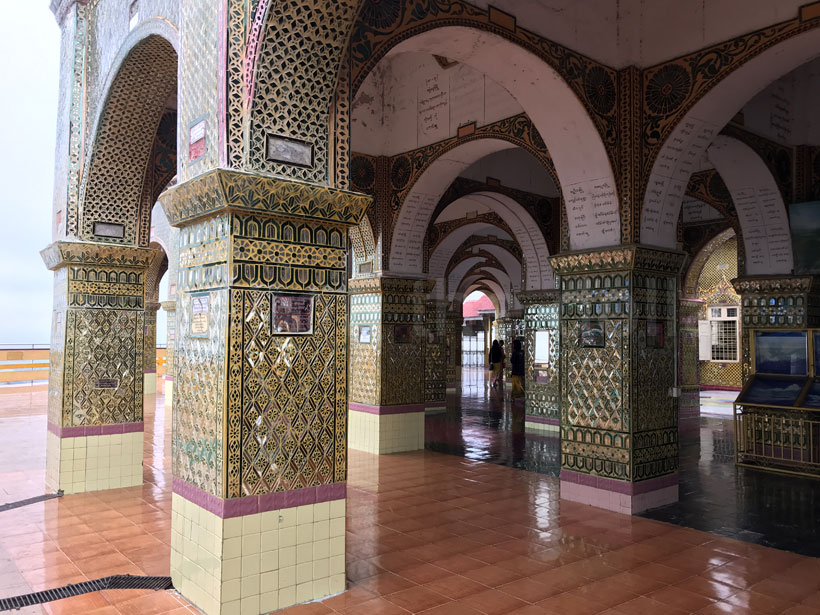 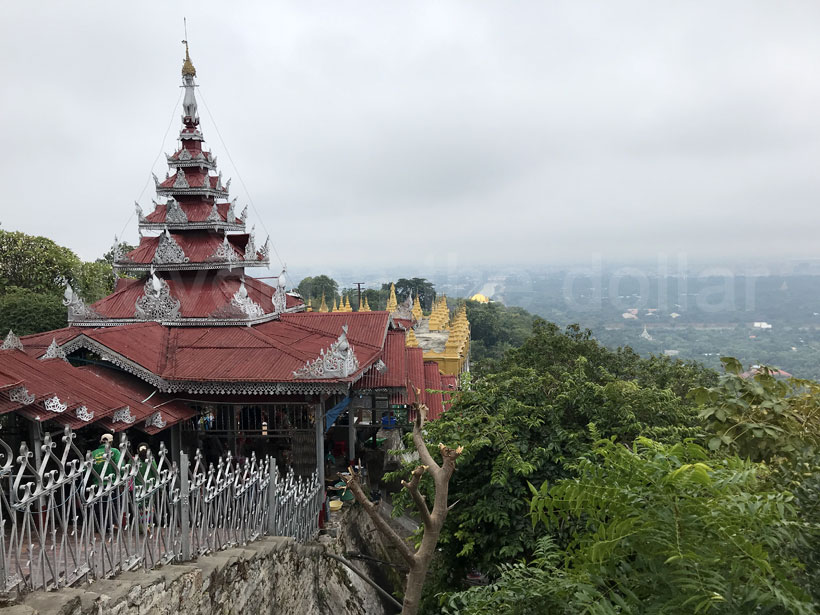 It was past 2 pm when I got back to the hotel. And I had a taxi pickup at 4pm to go to Pyin Oo Lwin, so decided to relax a bit and grab some lunch at ‘Diamond Ring’ restaurant.

I opted for a shared taxi for MMK 7,000 one way, starting at 4pm (from hotel in Mandalay), taking about 3 hours (because of road construction & traffic) and reaching Pyin Oo Lwin at around 7pm. 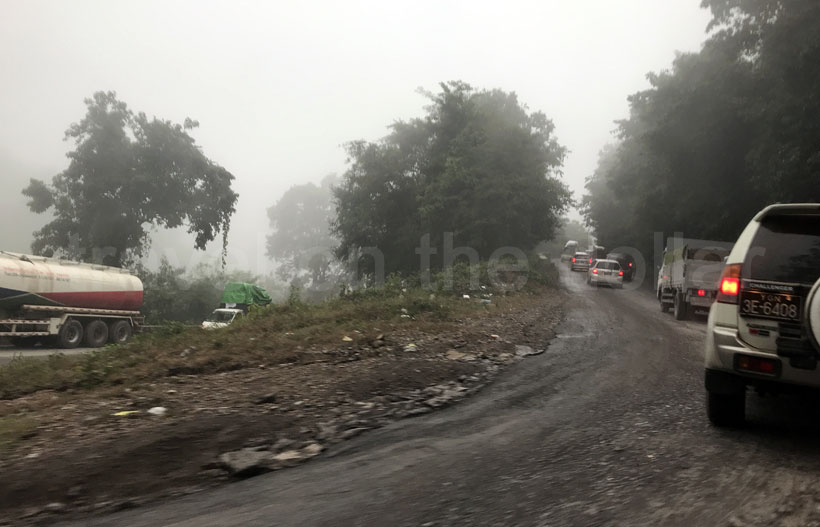 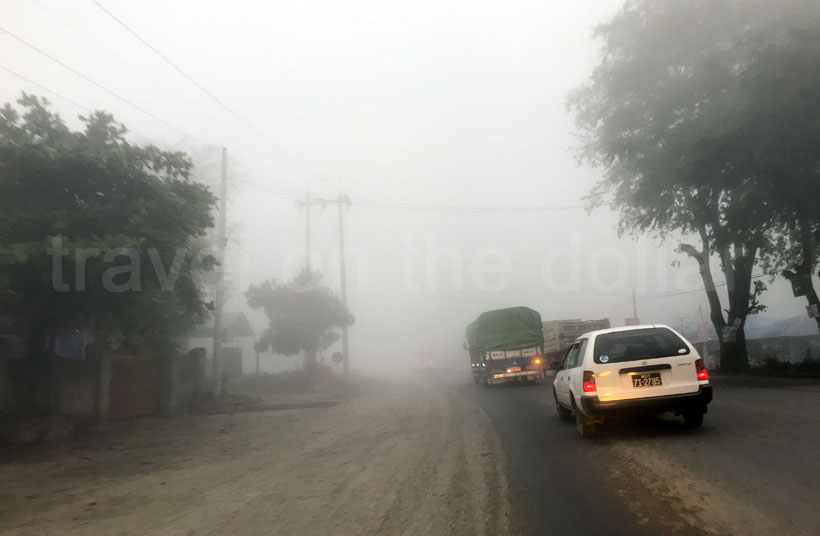 I was dropped at my hotel in Pyin Oo Lwin; and after checking in I headed out for dinner at “Krishna Hotel” serving home-cooked delicious Indian food! Returned back to hotel and called it a night as it was raining quite heavily that evening.