We had booked a day trip with our hotel, who had hired a private 7-seater van for two of us! Our driver, Salim, was right on time at 9am at the hotel and we were on our way to the first stop – Madaba. It’s a 45 minute ride from Amman city center to Madaba, and at our first pit-stop – The Greek Orthodox Church, officially called St. Georges Mosaic Map Church (entrance JOD 1). The Madaba Mosaic Map is an index map of the region, dating from the 6th century, preserved in the floor of the Greek Orthodox Basilica of Saint George. With two million pieces of colored stone, the map depicts hills and valleys, villages and towns in Palestine and the Nile Delta. 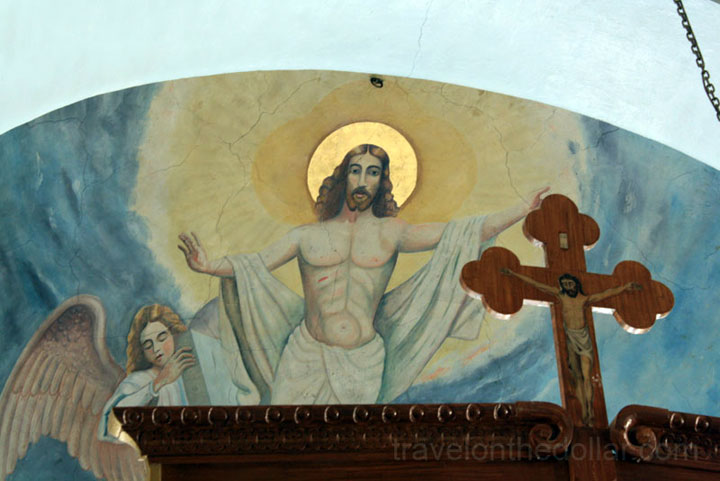 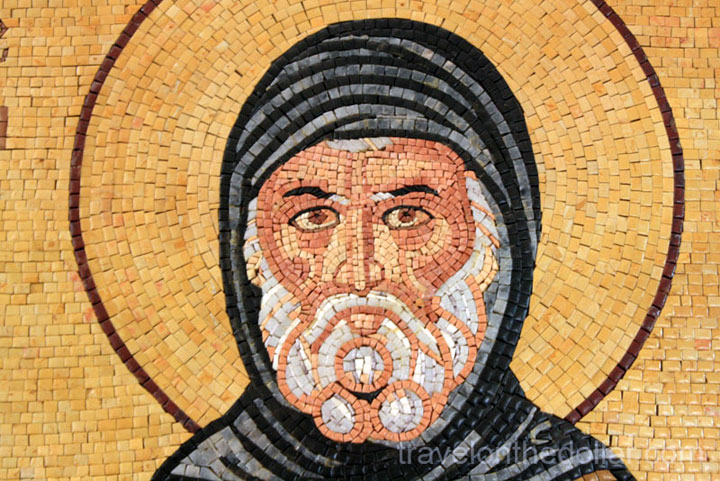 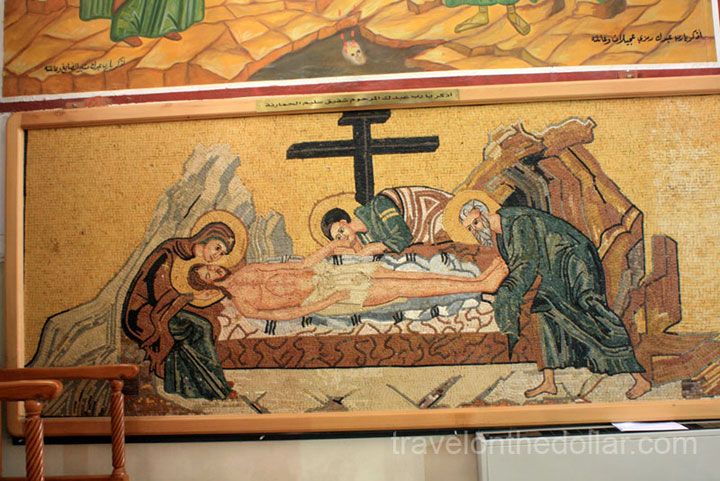 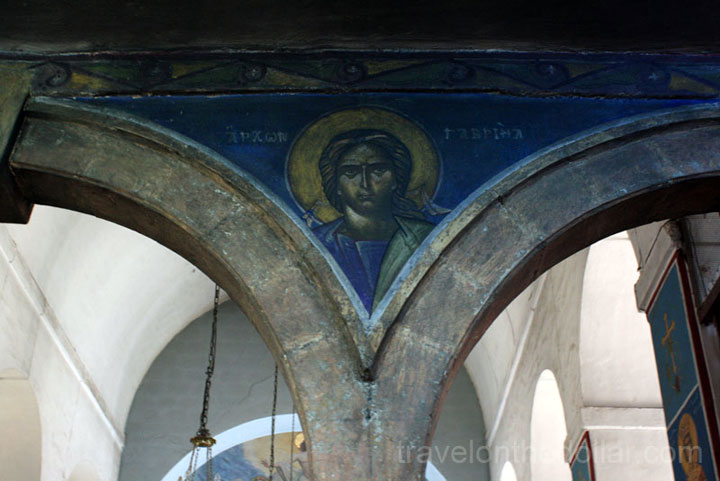 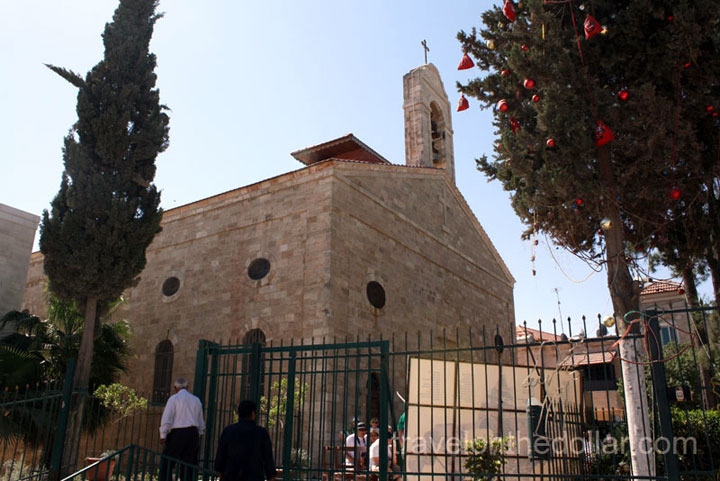 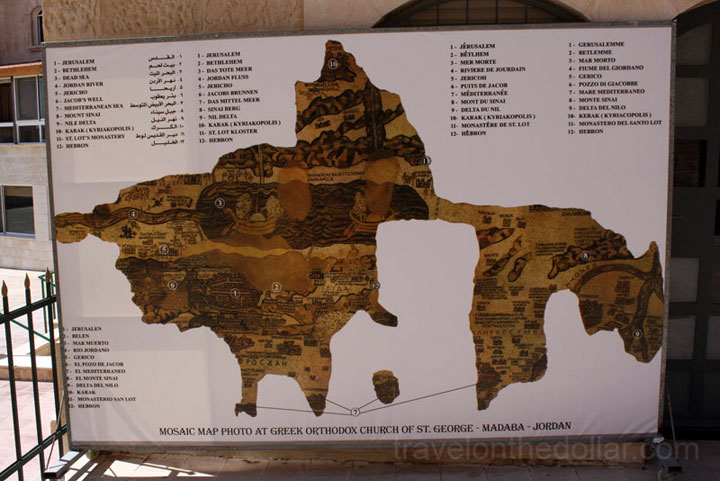 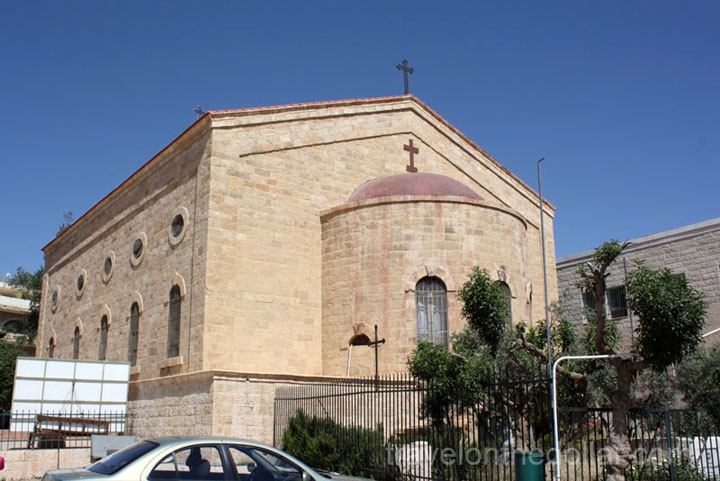 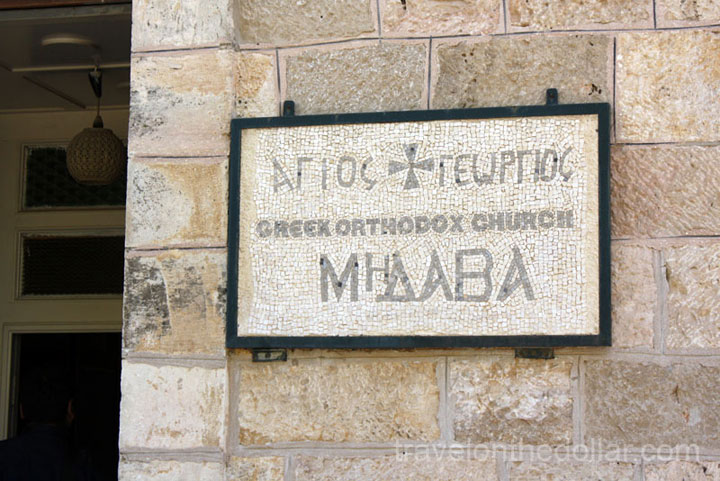 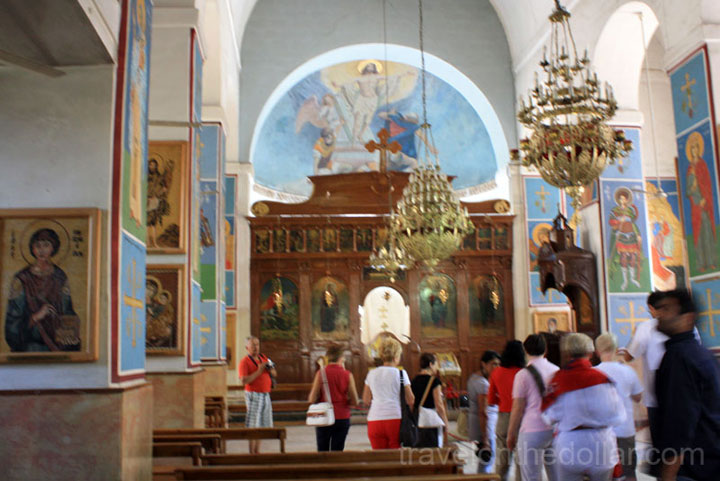 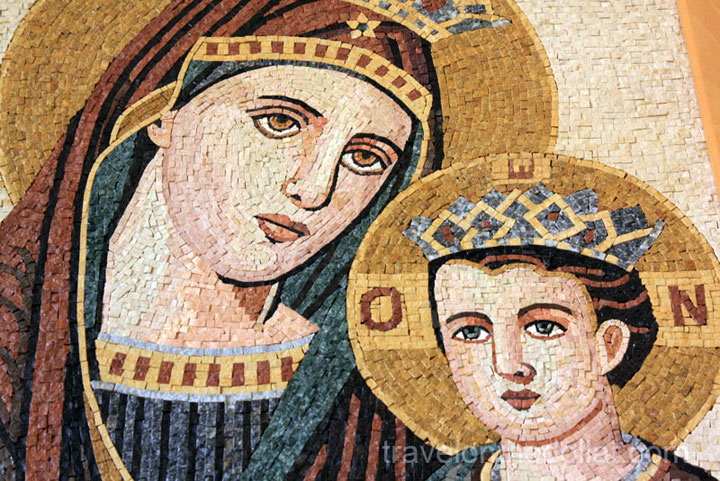 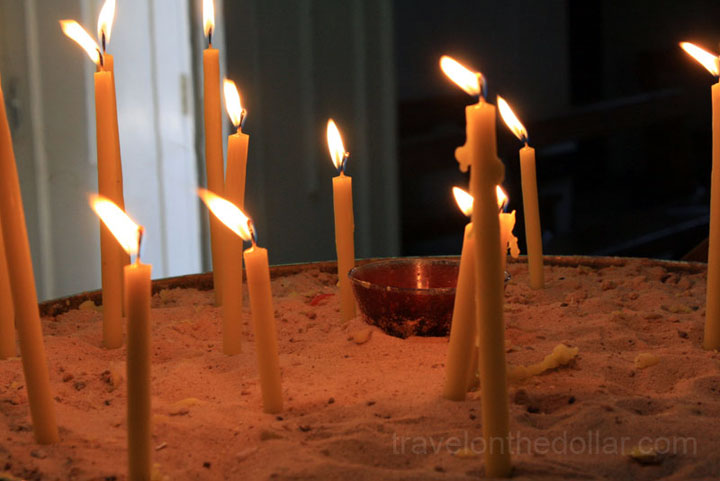 Spent about half an hour and headed to the post office to get a stamp on the passport. There’s not much to see in Madaba except for the church. From here, it was a 10 minute drive to the mosaic store called Jordan Jewel. This store was recommended by our tour guide & driver so obviously it was chosen because if you purchase anything, he gets commission. Ended up buying a small mosaic frame (JOD 60).

Another 10 minutes and we reached the entrance of Mount Nebo. This is an elevated ridge approximately 817 meters (2680 feet) above sea level. The view from the summit provides a panorama of the Holy Land and, to the north, a more limited one of the valley of the River Jordan. The West Bank city of Jericho is usually visible from the summit, as is Jerusalem on a very clear day. Since that day had a layer of smog, there was less visibility. 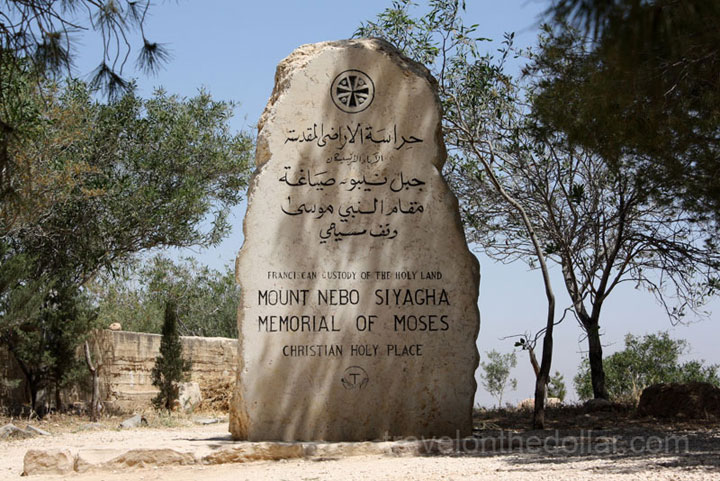 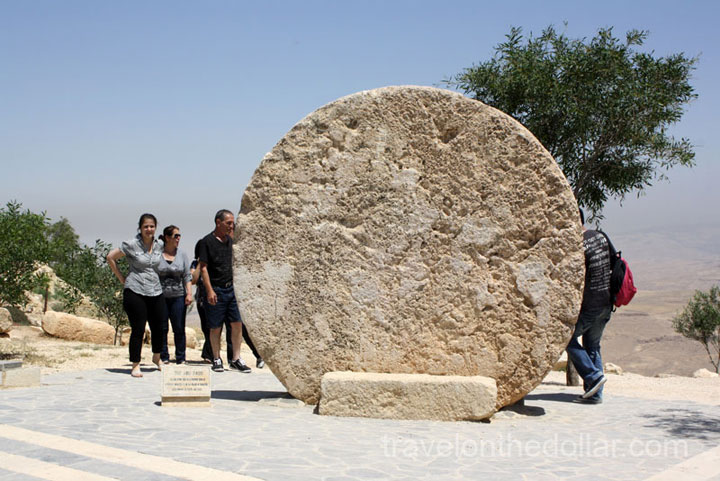 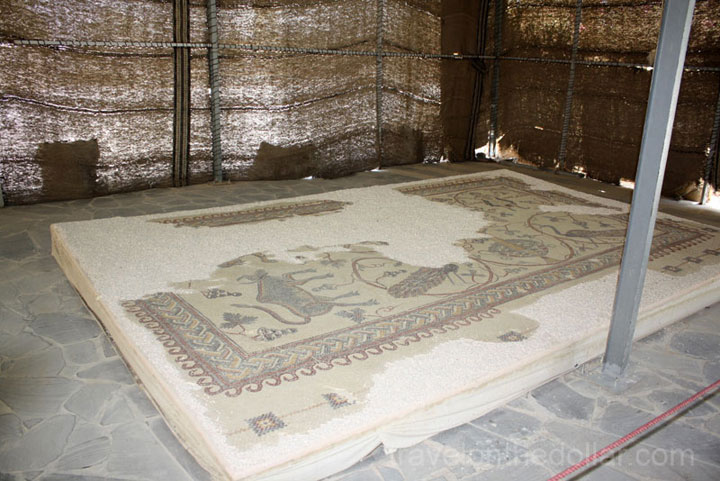 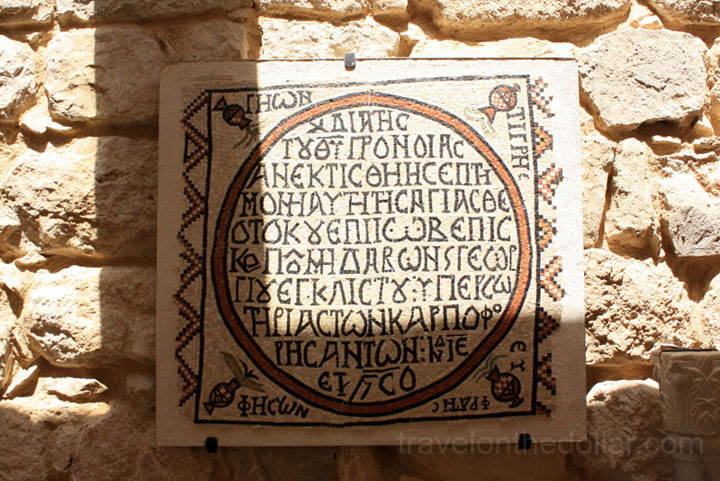 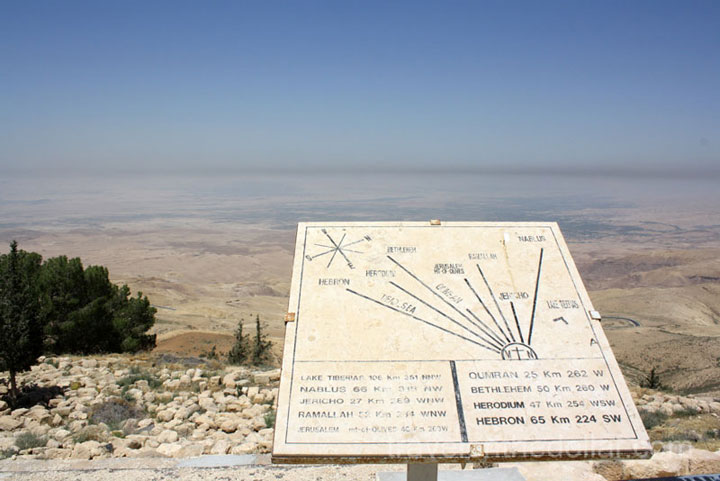 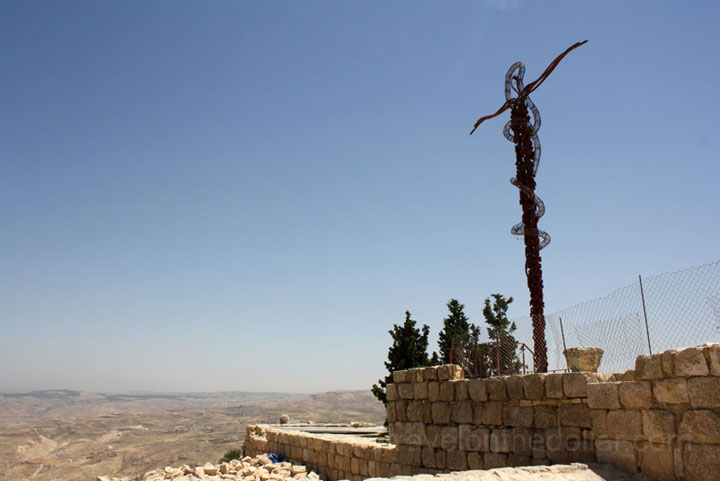 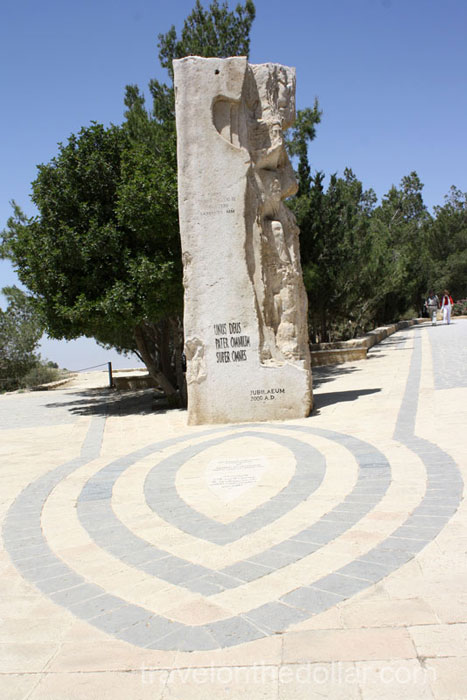 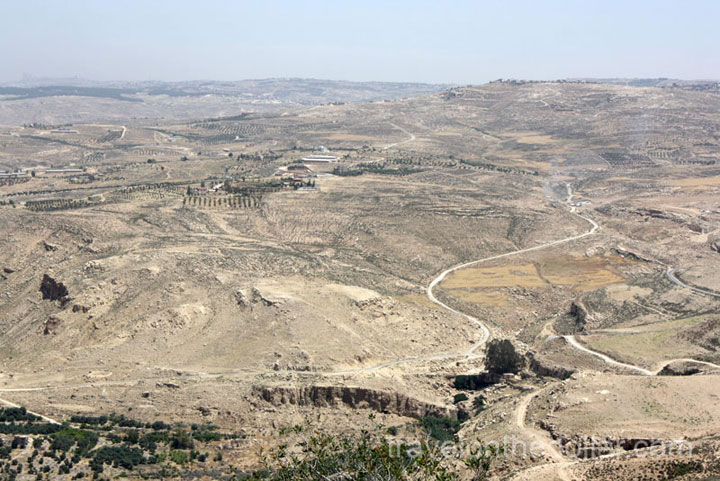 After a quick tour of about 15 minutes at Mount Nebo, we were at the Amman Beach Tourism Board office which is one of the very few official places to dive in the Dead Sea. One of the best experiences you will ever have in your life is floating in the Dead Sea. It was hot outside with temperatures over 30C (85F), but the sand felt like burning coal. There are changing rooms and showers at the center, but make sure to carry flip-flops because the walk from the showers to the sea will burn your feet. The first touch of the Dead Sea is slimy. Floated for about 20 minutes and headed out to apply the mud. Fifteen minutes under the sun and back in the water to rinse off the mud. 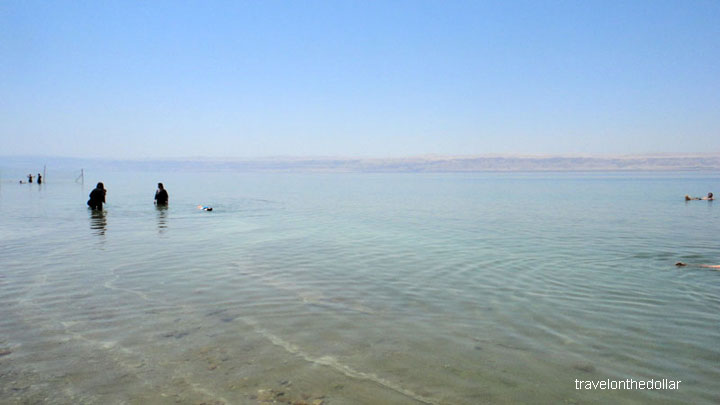 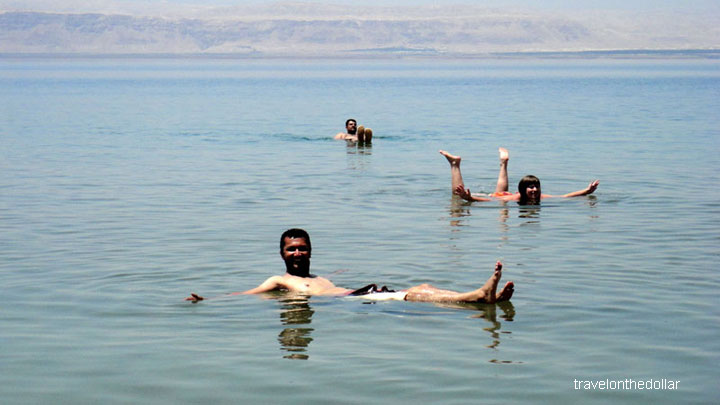 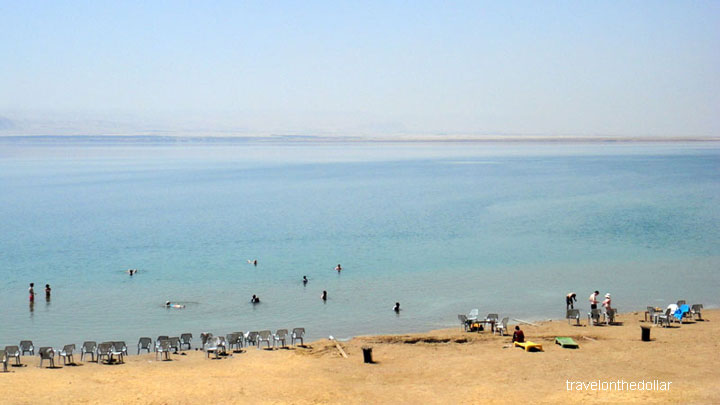 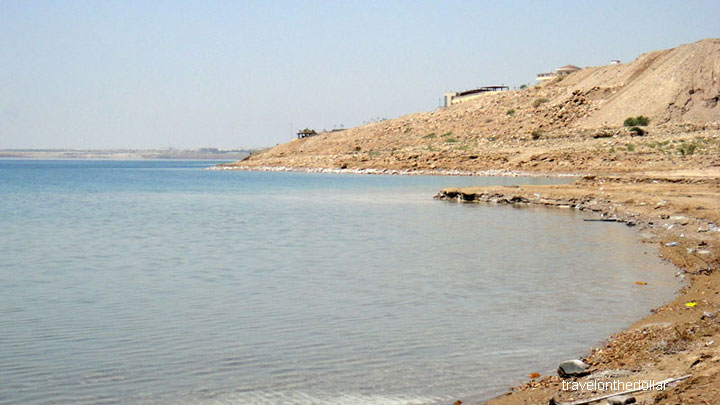 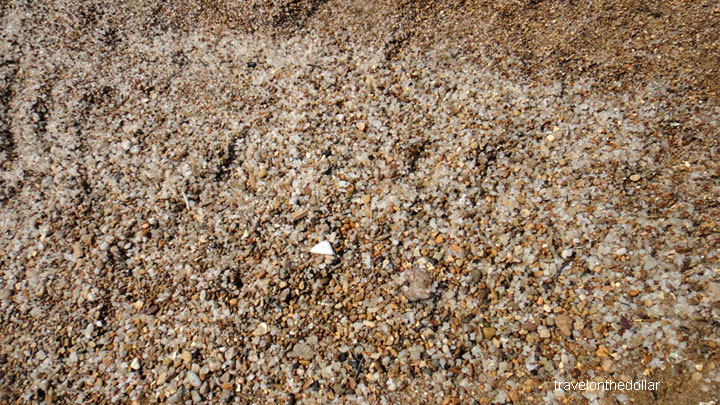 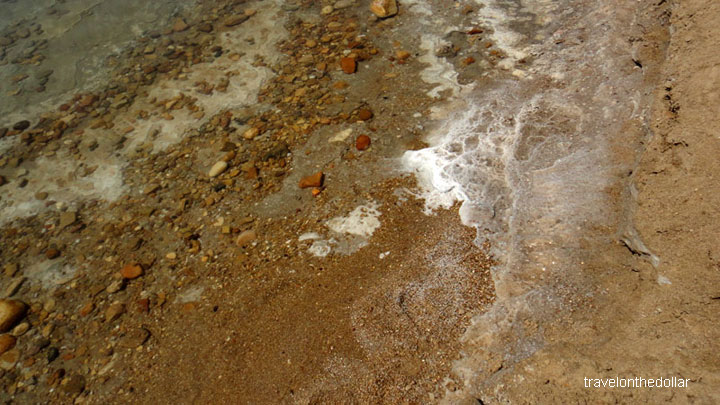 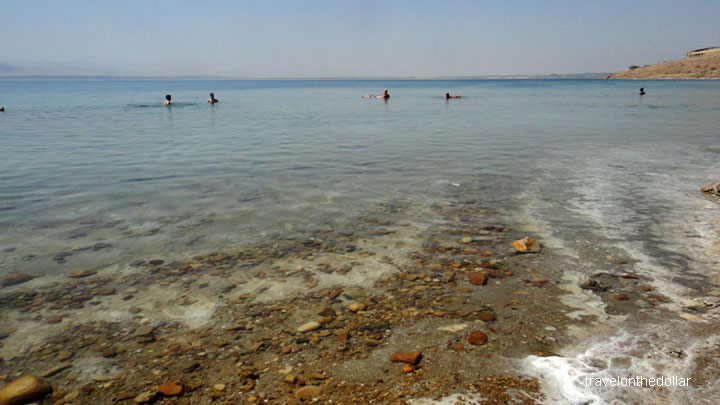 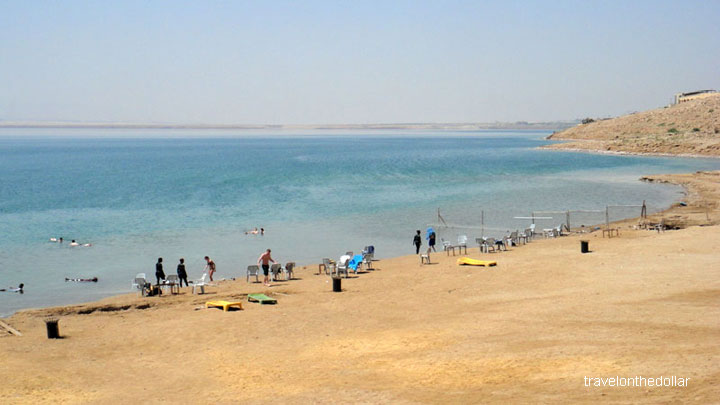 Headed to the showers at the beach-side to wash off the salty water and had a swim at one of the two huge pools at the center, ending the trip to Dead Sea with some coffee.

It takes about 45 minutes to reach Amman city center; and after another shower at the hotel, we headed out to grab a bite at Cairo restaurant, just a few blocks from the hotel. The minced meat sandwich in pita bread and lamb & rice are definitely worth the meal.

We had the rest of the day to kill and headed to the lively, hip neighborhood of Rainbow street with cafes lined up on either side; and to Books@Cafe for some hookah and drinks. It’s a hike up the street (and some stairs to climb) from the city center to Al-Rainbow street. The cafe is perched up on a hill-top with amazing views of Amman.

After sunset, we headed back to hotel and decided to stop at a square after noticing some local musicians about to perform. They were waiting for a policeman to finish his evening prayers (Namaz), before starting to play. About 6 of them were playing flute, guitars and Arabic drums. That was the cherry-on-the-top of an amazing day!

Wadi Rum to Amman, via Aqaba

Traveling from Wadi Rum to Amman via Aqaba.