We returned to Osaka the day before from Hiroshima and stayed at Hotel Consort in Osaka. After an early night and good rest, we were excited for this sunny and bright day to tour around this magnificent city.

Being in the Shin Osaka neighborhood, we took the Midosuji line from Nishinakajimaminamikata Station to Osaka Station, from where we took the JR loop line for most of the sights in the city.

All the sights to see can be easily accessed on the JR West loop line and are covered by Japan Rain Pass. Or you can get the Osaka One-day pass for ¥800 that covers unlimited use of subways, city buses and the New Tram (excluding the OTS Line). The pass also provides discounts on admission to designated sightseeing spots. It can be purchased at subway stations and kiosks.

First stop was at Osaka Castle.

This gorgeous castle resides in the center of the city and is walking distance from the Osakajokoen Station on the JR loop line. Enter though the Otemon Gate at the park’s southwestern corner.

Surrounded by secondary citadels, gates, turrets, impressive stone walls and moats, the castle tower costs ¥600 and is entirely modern on the inside and even features an elevator for easier accessibility. It houses an informative museum about the castle’s history.

The Nishinomaru garden (costs ¥200) is one of Osaka’s most popular hanami spot during the cherry blossom season, which usually takes place in early April. 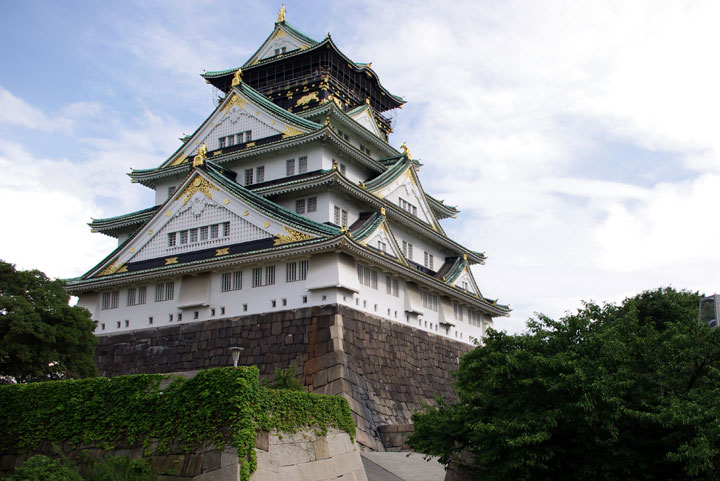 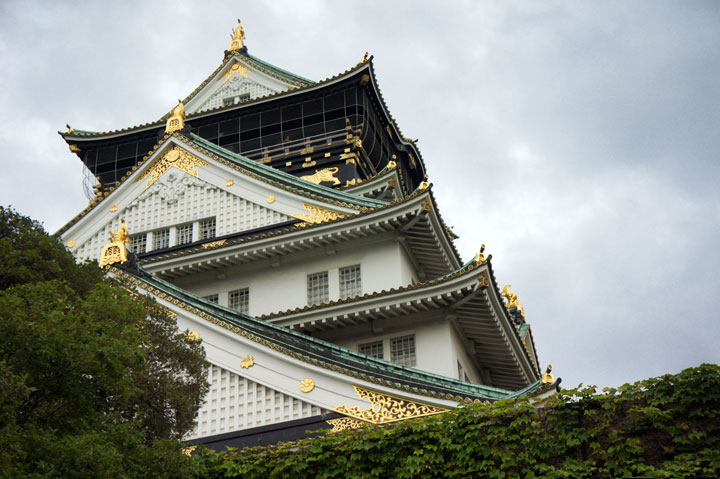 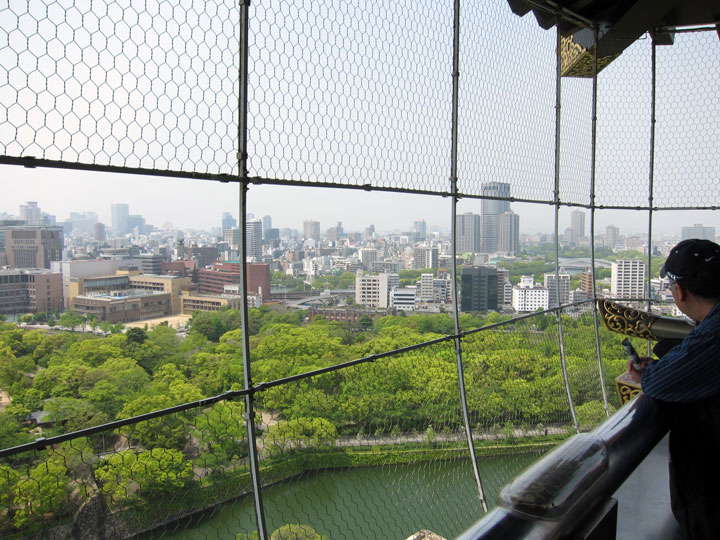 We got back on the JR Loop line going south to Tennoji Station, from where it’s a 10-minute walk to the oldest temple in Japan – Shitennō-ji. Although the temple’s building have burned down several times throughout the centuries, they are always carefully reconstructed to reflect the original 6th century design.

The outer temple grounds are free to enter, but admission to the inner precinct, the Gokuraku-jodo Garden costs ¥300 and the treasure house costs ¥500. The pebble covered courtyard of the inner precinct hoists the five-storied pagoda that can be entered and ascended.

A short walk away, the Gokuraku-jodo Garden was designed based on descriptions of the Western Paradise of the Amida Buddha. Also on the temple grounds stands a treasure house that displays paintings, scriptures and other valuable belongings of the temple in periodic, themed exhibitions. 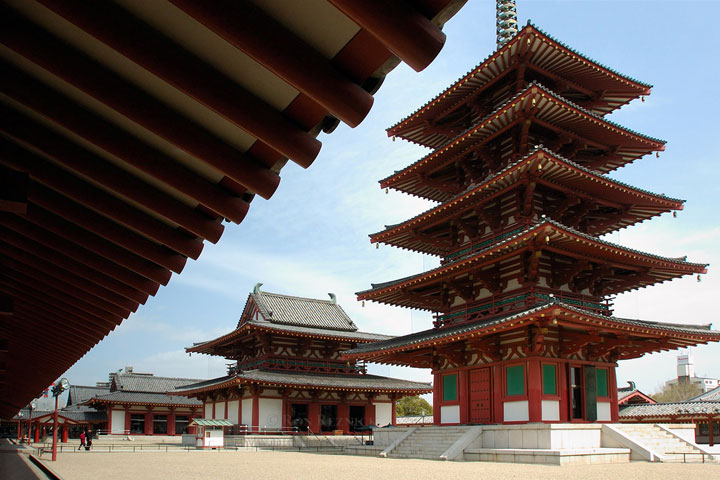 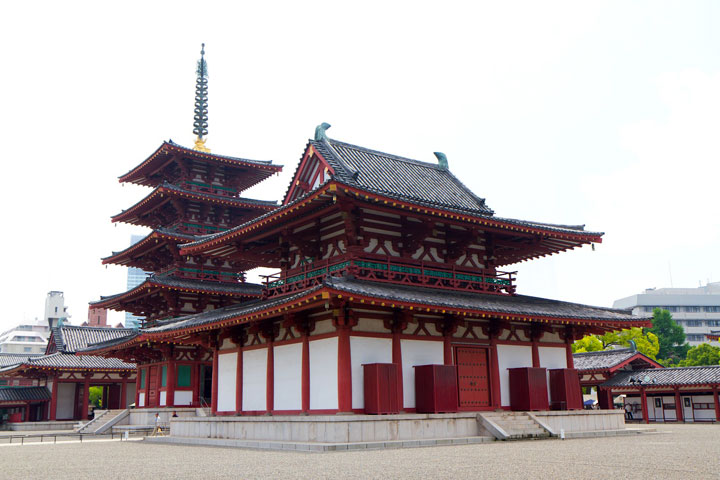 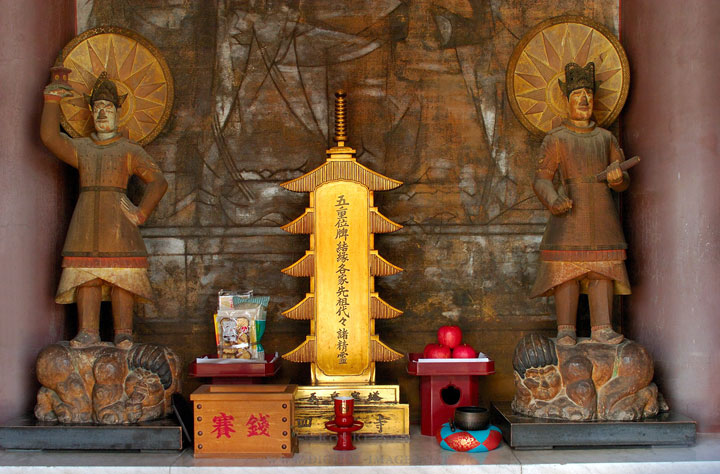 We walked back to the Tennoji Station and took the JR West loop line to Kyobashi Eki station and changed to JR Tozai line to Temmangu Station.

From Tenmangu Station, it was a 10 minute walk to this shrine, devoted to the Shinto deity of scholarship, Sugawara Michizane.

Osaka Tenmangu is famous for its festival, the Tenjin Matsuri, which is held annually on July 24 and 25 and is ranked as one of Japan’s top three festivals besides Kyoto’s Gion Matsuri and Tokyo’s Kanda Matsuri. And located just a few meters away from Tenmangu Shrine is the Tenjinbashi-suji Shopping Street, which claims to be the longest in Japan. The covered shopping street stretches more than two kilometers, starting approximately from Tenjimbashi-suji Rokuchome Subway Station and leading south until close to the Tenjinbashi Bridge.

The market offers a variety of shops and restaurants, and this is where we strolled for a while and had lunch as well. 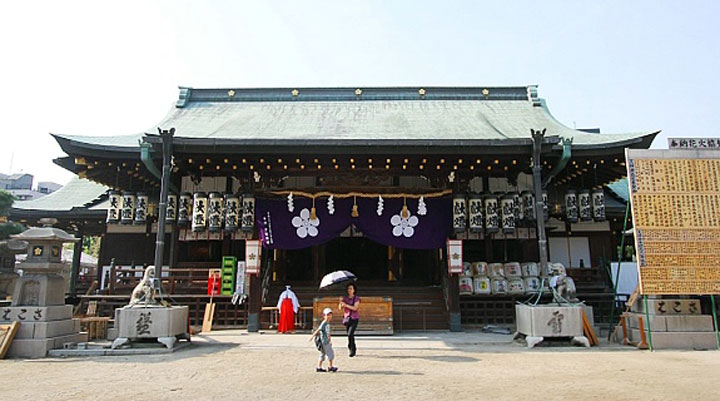 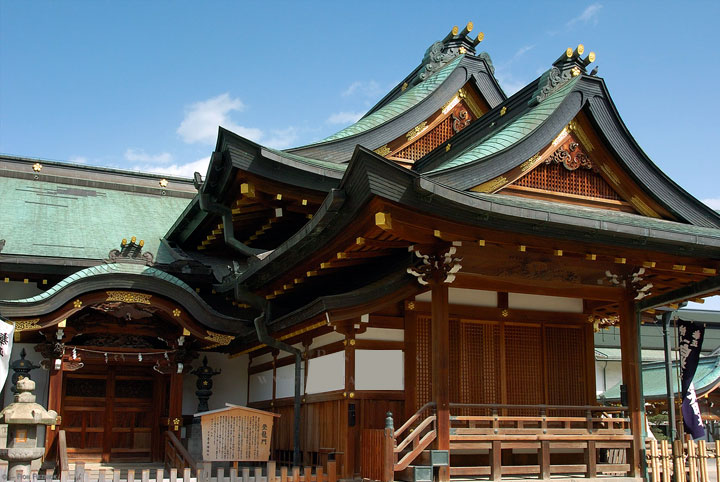 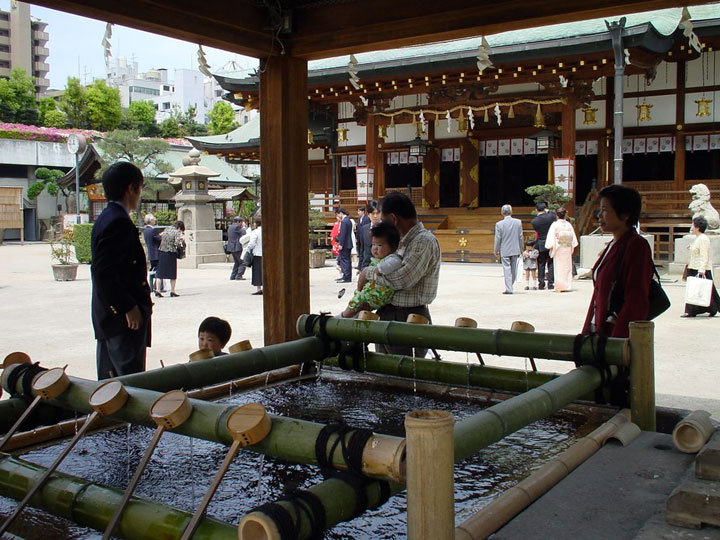 Wandering around the shrine, we kept walking south and in about 15 minutes we were at the Minami-Temma park, which is an excellent place for people-watching and tourist ferries passing by the Okawa river. This is also considered as one of the best places in Japan to watch cherry blossoms in April. 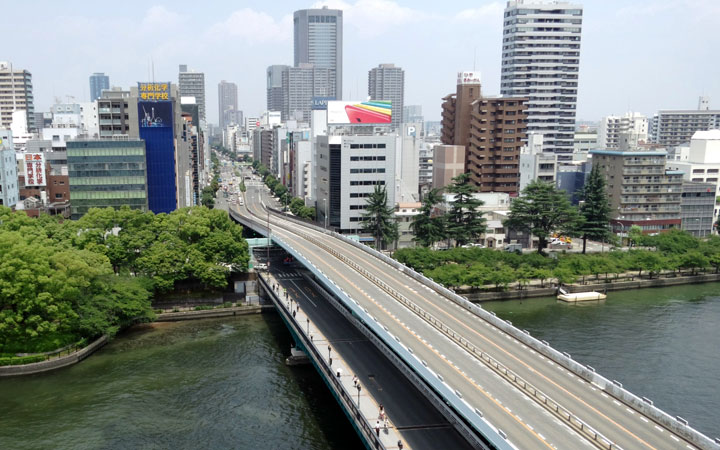 [Temma Bridge along the boardwalk of Minami-Temma park on Temmabashi-suji. Image: Wikipedia]

After a long relax & recreation, we walked back to Tenmangu Station and took the JR Tozai line to Kitasinchi Station and walked to Osaka station.

This spectacular high rise building stands at 173 meters and consists of two main towers which are connected with each other by the “Floating Garden Observatory” on the 39th floor. The observatory offers a great view of the city for a ¥700 admission fee. 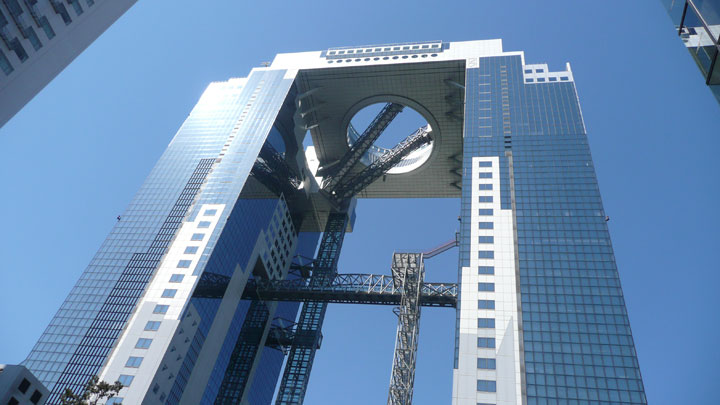 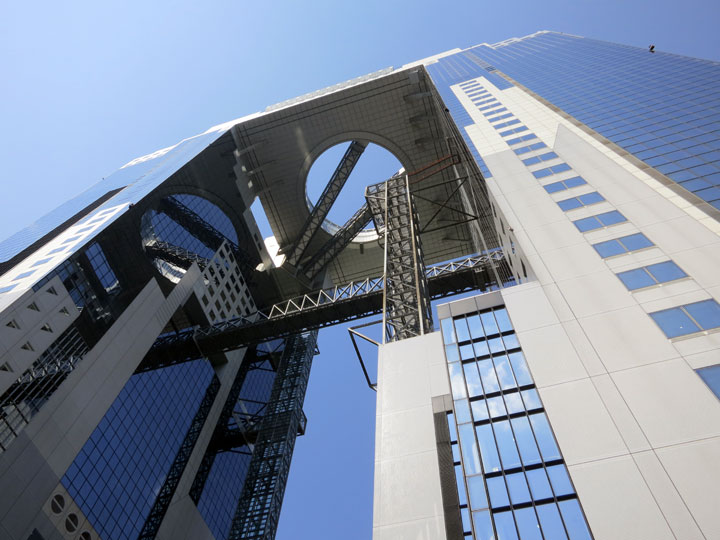 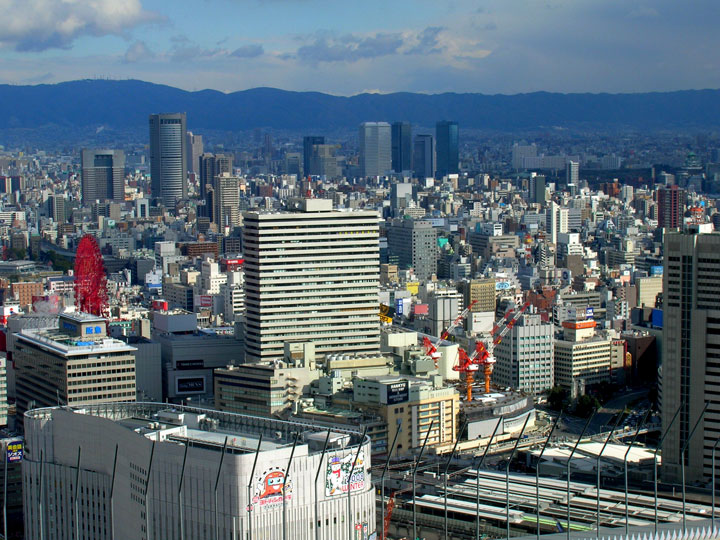 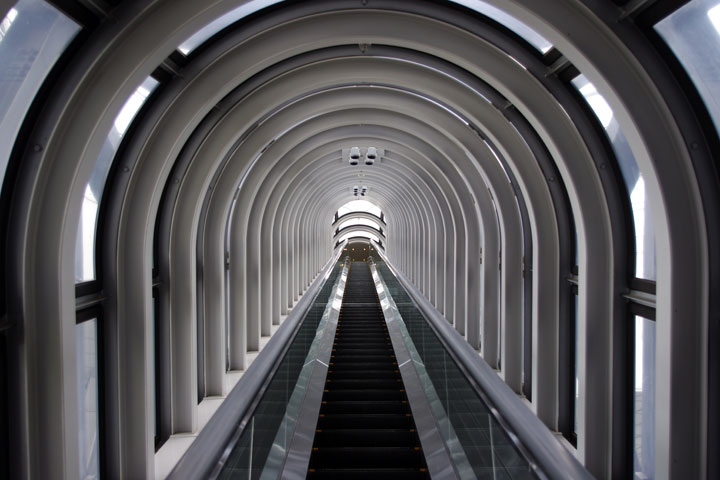 Spend the rest of the evening here and took a taxi back to the hotel, calling it an early night.