Having booked our Shinkansen tickets on day 4 at Tokyo station, we took Hikari 491 train at 7:20am fro Kyoto to Hiroshima station. After about an hour and 45 minutes, we reached Hiroshima and took the Maple-oop (combination of Maple and Loop) bus that connects Hiroshima Station with the area around Shukkeien, Hiroshima Castle and the Peace Memorial Park every 30 minutes and is covered by the Japan Rail Pass. Travelers without the rail pass pay ¥200 per ride or ¥400 for a 1-day pass.

Hiroshima has Japan’s largest tram network with eight tram lines connecting Hiroshima Station with most of the city’s attractions. Tram line number 2 goes as far as Miyajima-guchi, from where ferries depart to Miyajima (Itsukushima Island). The fare for a single tram ride within central Hiroshima is a flat ¥160. Outside the city center, the fare increases with distance traveled. The Japan Rail Pass is not valid on the trams.

First stop was at Hiroshima Castle.

Also known as the Carp Castle, this is a good example of a castle built on a plain in the center of a city as opposed to hilltop and mountaintop castles. Its main keep is five stories tall, and its grounds are surrounded by a moat. Also within the castle’s precincts are a shrine, some ruins and a few reconstructed buildings of the Ninomaru (second circle of defense). 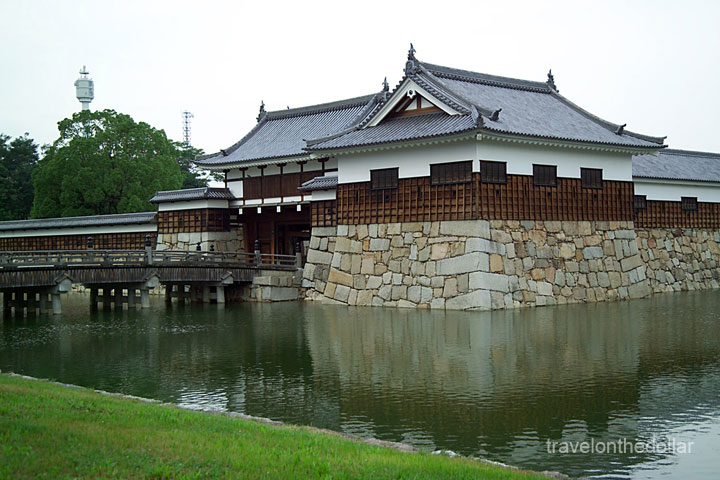 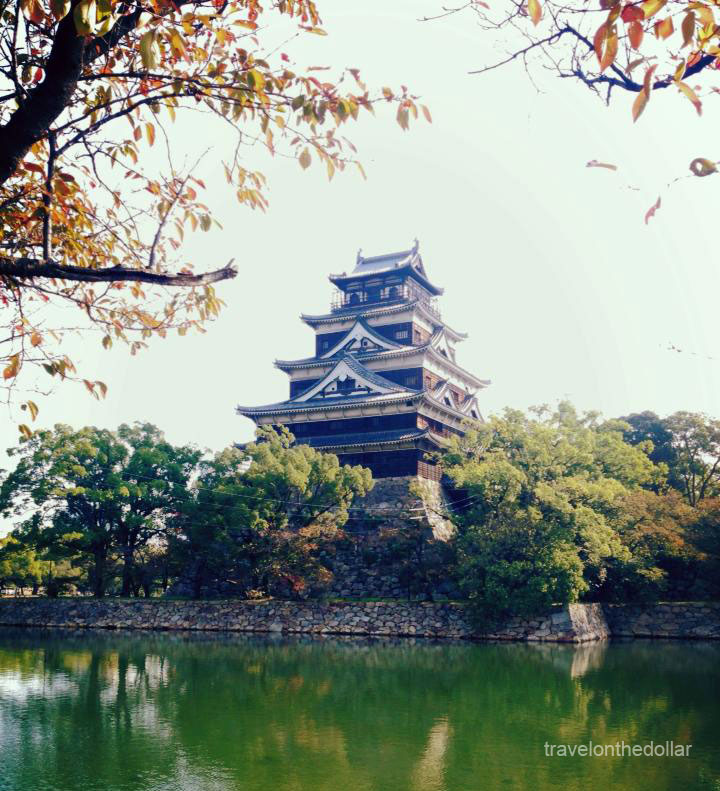 Before the atomic bomb of 1945, the area of what is now the Peace Park was the political and commercial heart of the city. For this reason, it was chosen as the pilot’s target. Four years to the day after the bomb was dropped, it was decided that the area would not be redeveloped but instead devoted to peace memorial facilities. 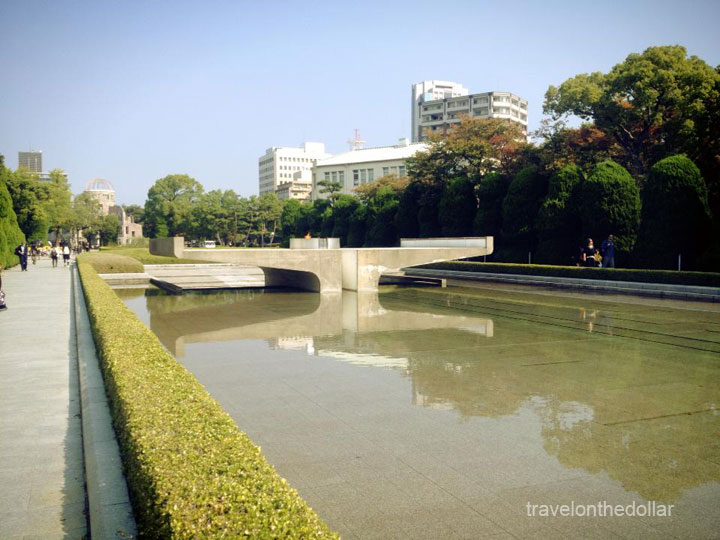 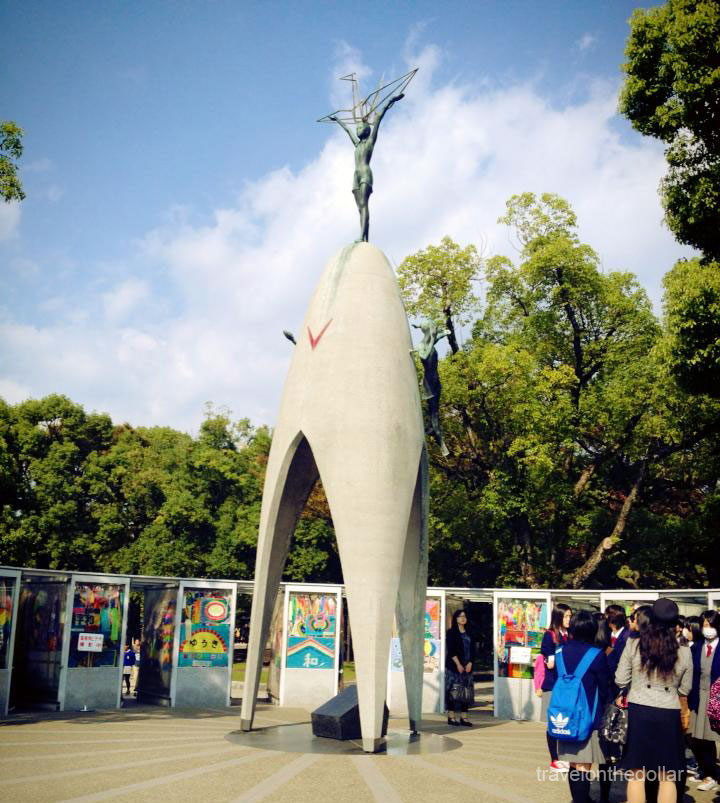 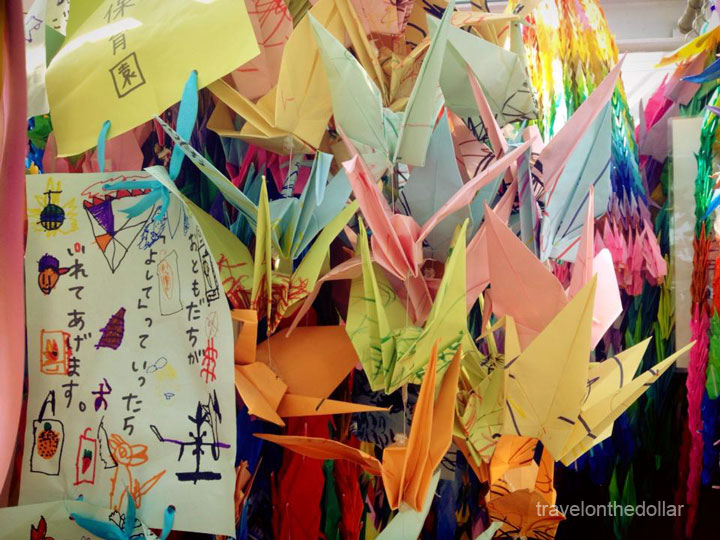 Peace Memorial Museum
The park’s main facility is the Peace Memorial Museum. Consisting of two buildings, the museum surveys the history of Hiroshima and the advent of the nuclear bomb. Its main focus though is on the events of August 6: the dropping of the bomb and its outcome in human suffering. The personal details displayed are quite upsetting and serve to remind that we should not take peace for granted. 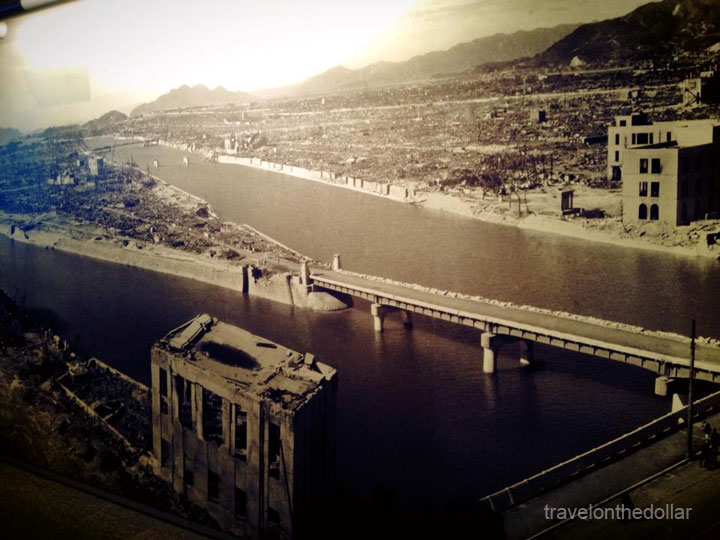 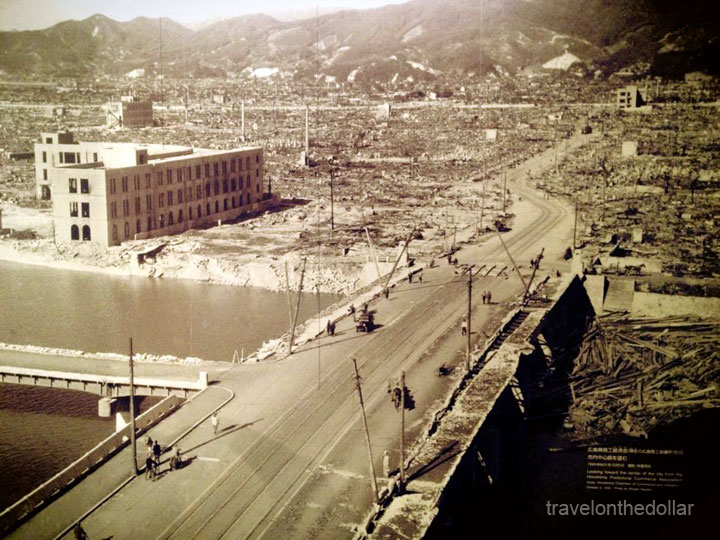 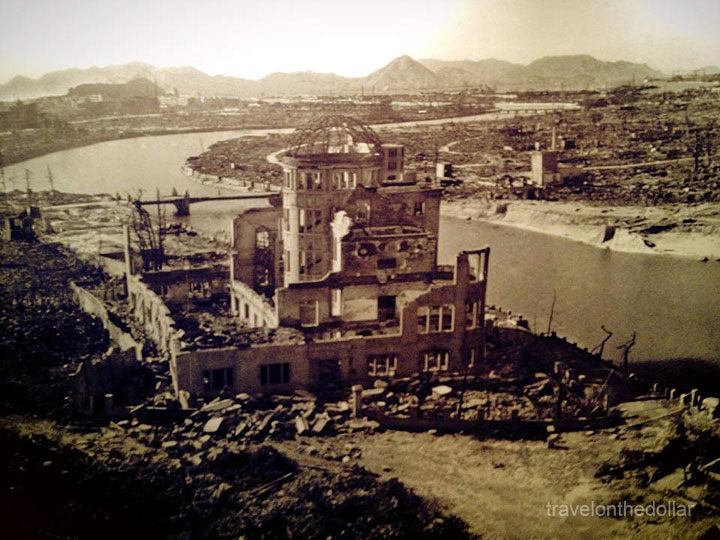 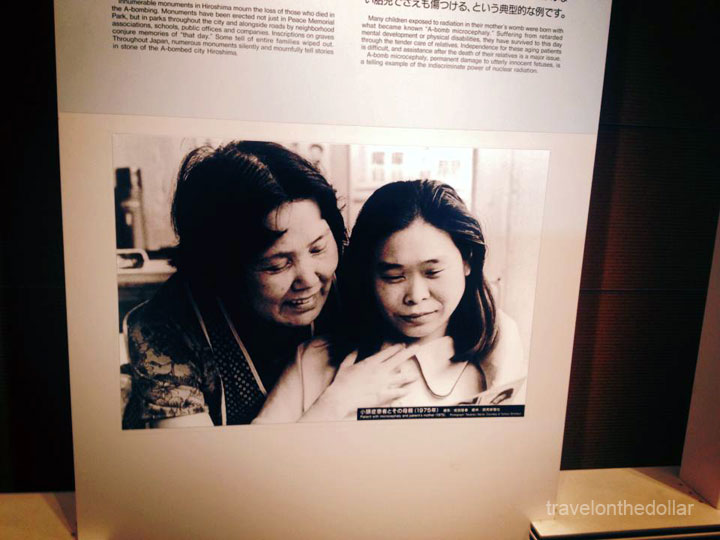 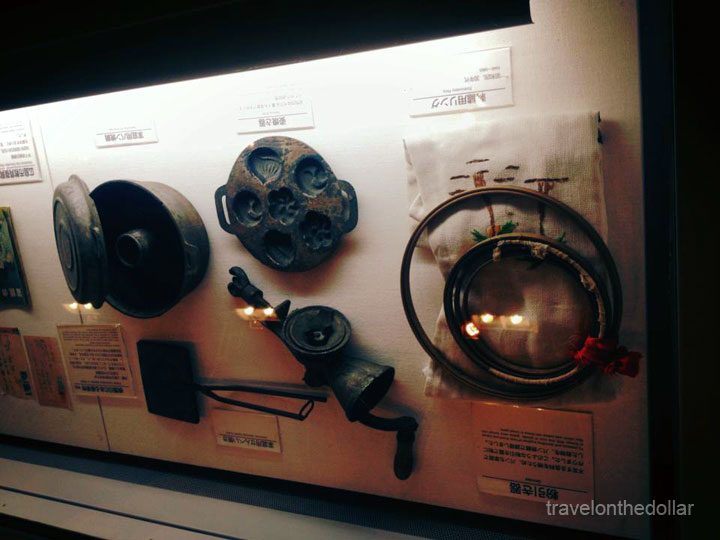 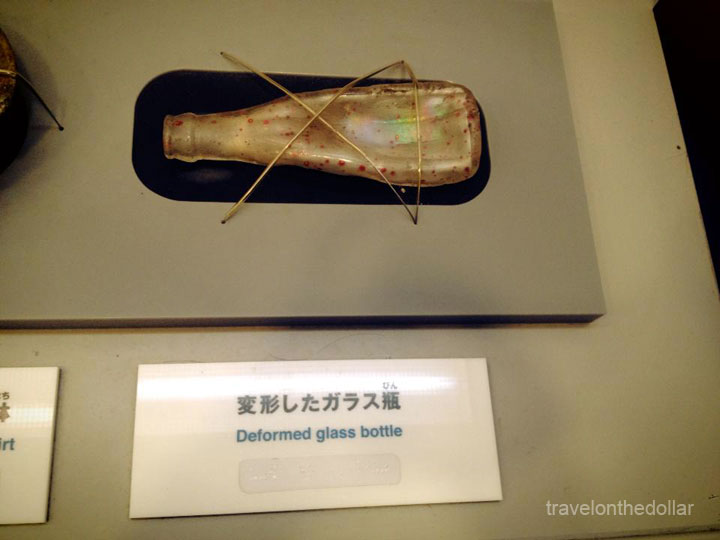 A-Bomb Dome
The A-Bomb Dome, also known as the Hiroshima Peace Memorial, is what remains of the former Prefectural Industrial Promotion Hall after the atomic bomb was dropped on Hiroshima and it was one of the few buildings to remain standing, and remains so today. A UNESCO World Heritage Site, the A-Bomb Dome is a tangible link to Hiroshima’s unique past. 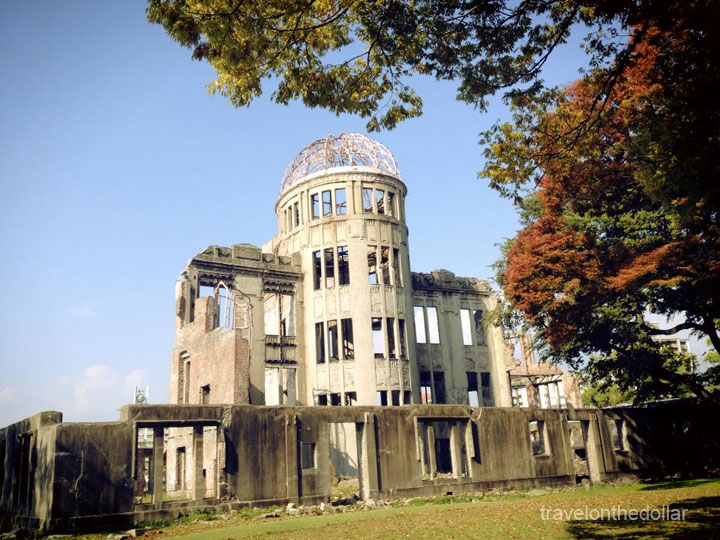 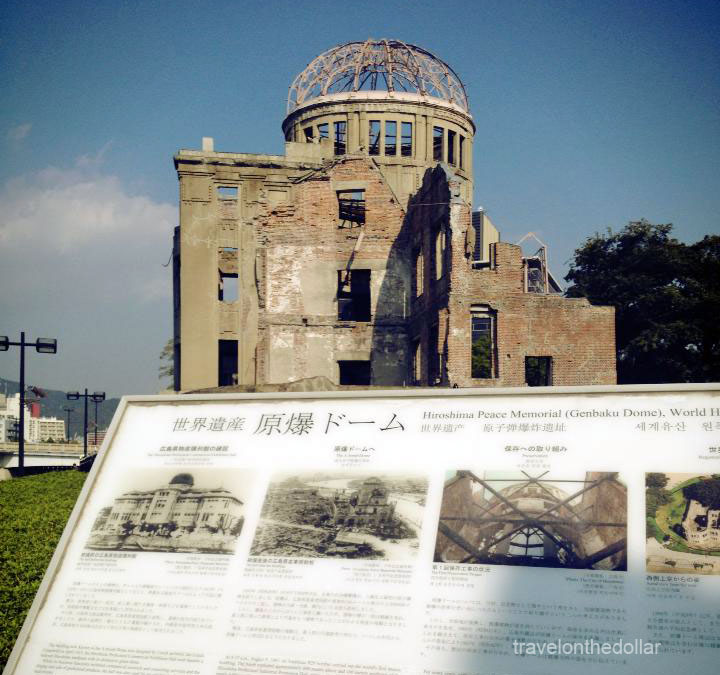 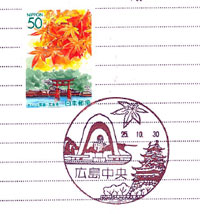 From there we headed to the Hiroshima post office for the stamp in my Postal Stamps Travelogue book.

Stopped by a store to pick up the famous cuisine of Hiroshima – Noodles, minced meat and eggs with BBQ-like sauce make this Okonomiyaki pancakes super yummy! 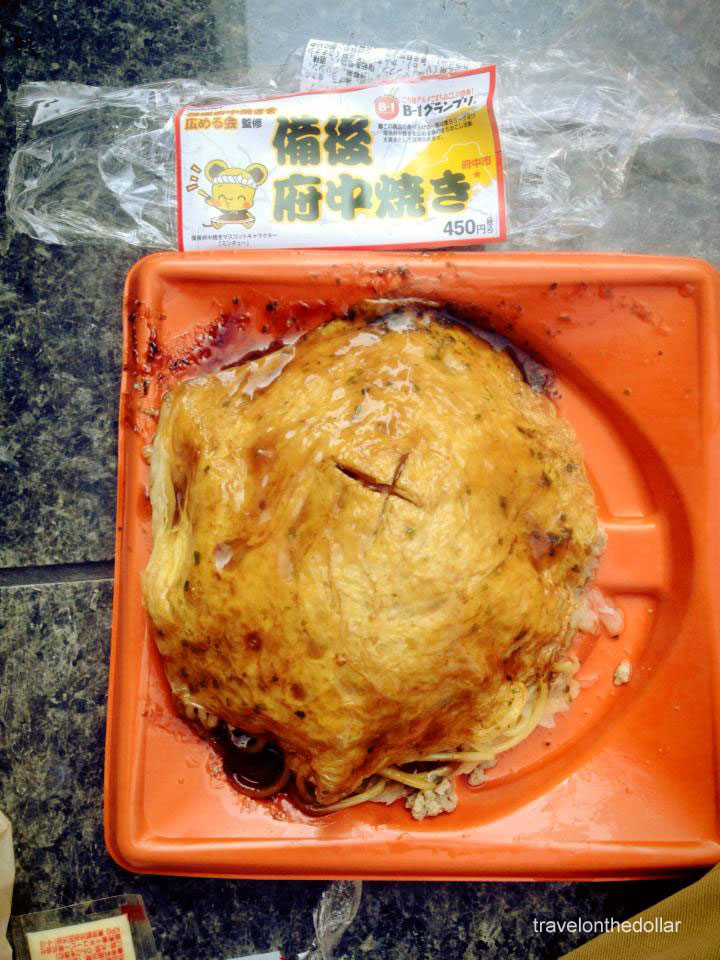 The first sight any traveler to Miyajima will have is the huge torii gate in the water. After reaching the island, you will meet the deer wandering around the island. 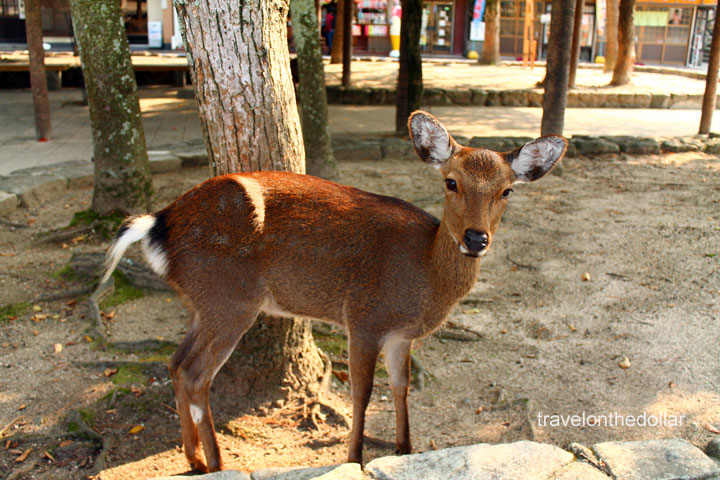 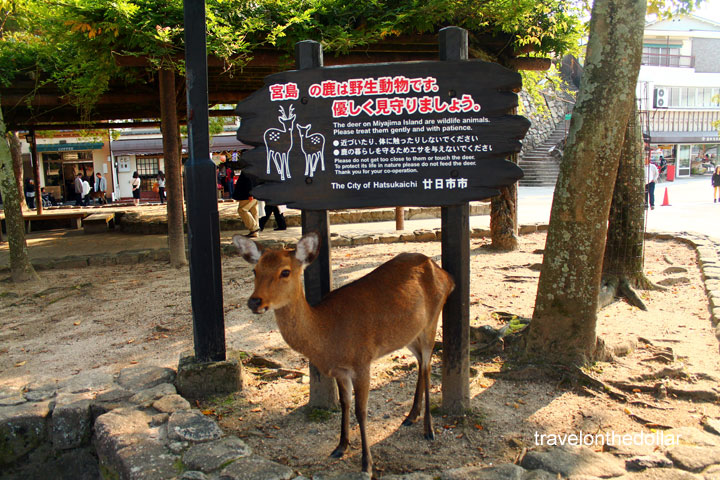 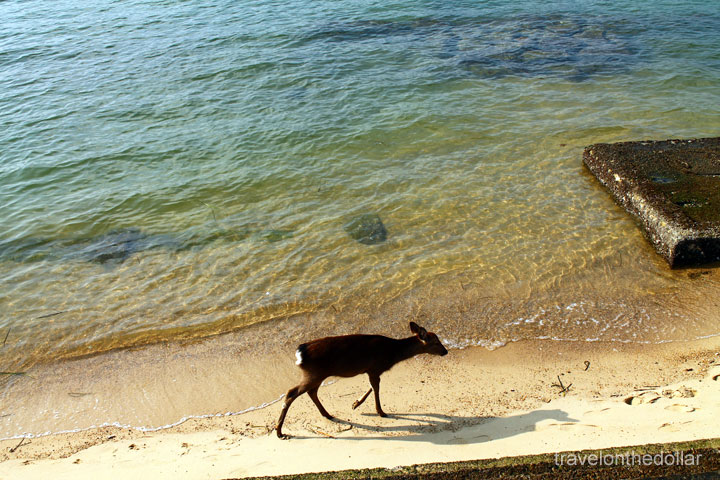 From there it is a 15 minute walk to the torii gate and Itsukushima Shrine. Make sure to check the timings of the tides and reach the gate at least 20 minutes before high tide so that you can get in the water area and take pictures. Wait for a few minutes for the high tide to come in and you will find the torii gate “floating” in water. 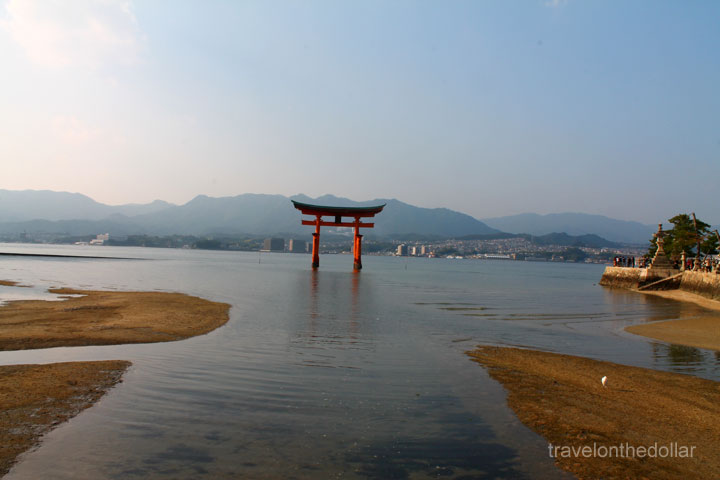 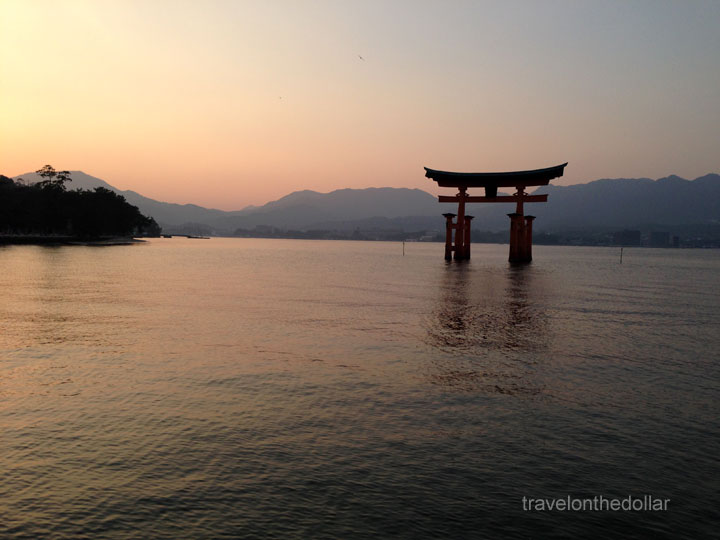 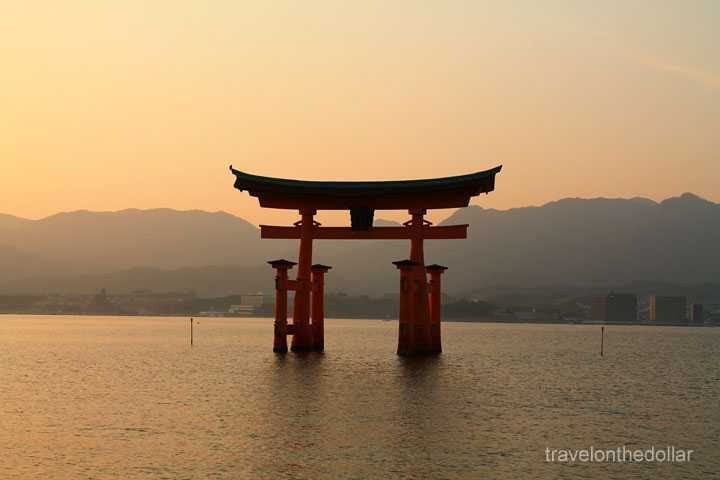 And finally we visited the glorious Itsukushima Shrine that consists of multiple buildings, including a prayer hall, a main hall and a noh theater stage, which are connected by boardwalks and supported by pillars above the sea.

We had an opportunity to watch some of the customs of a traditional Japanese wedding at the shrine. 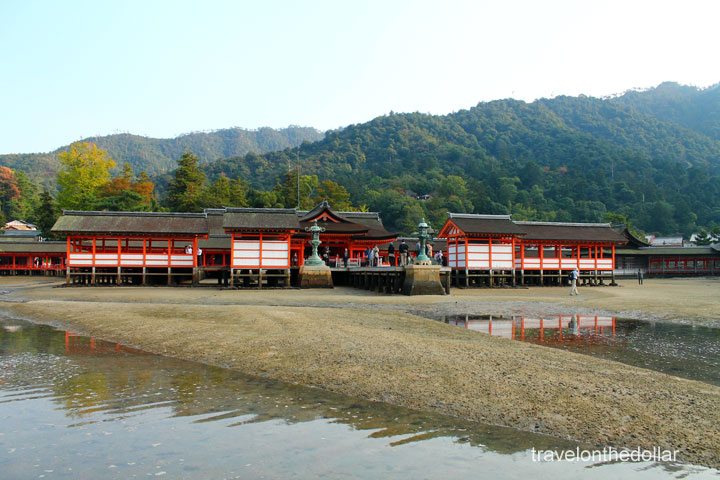 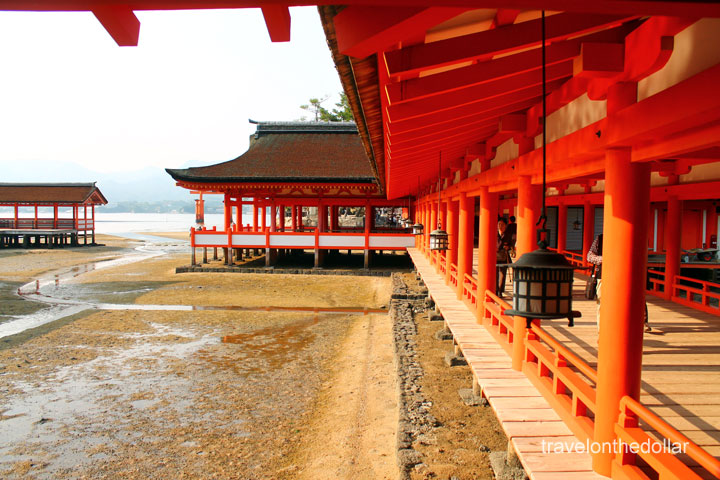 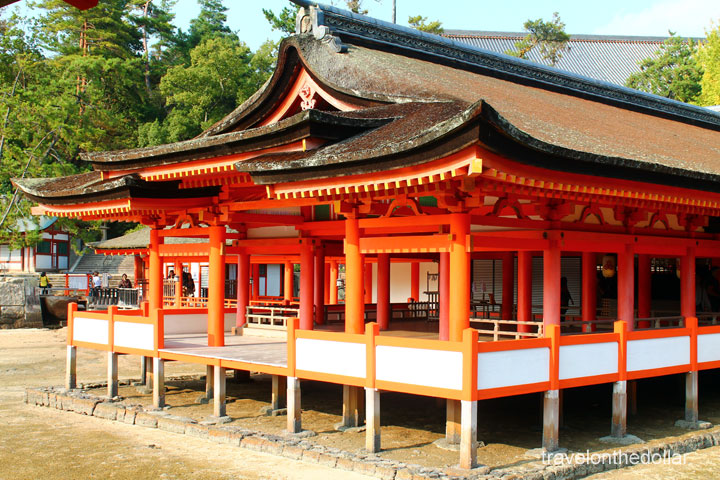 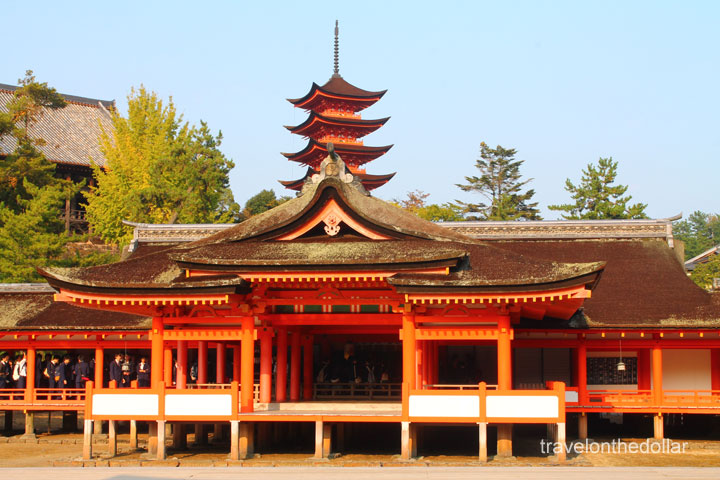 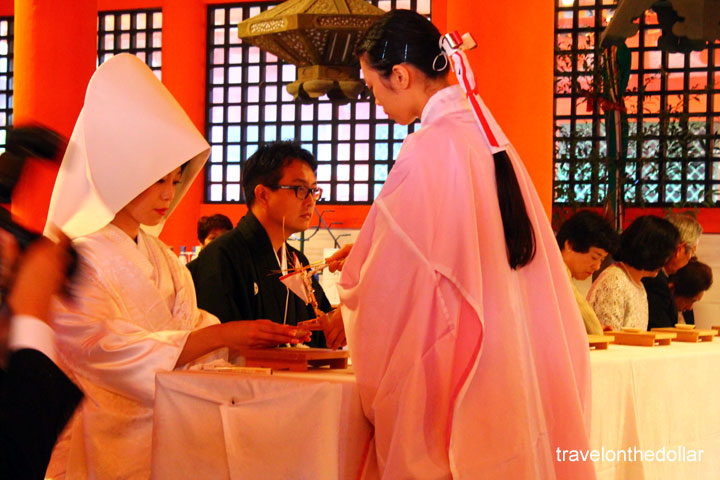 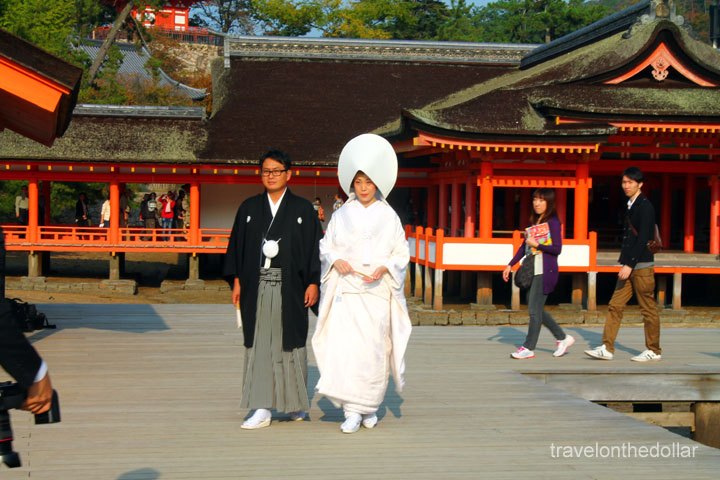 Catching the last ferry back to the mainland, we took the train back to Hiroshima Station and a Shinkansen to Shin-Osaka station. We reached Osaka at around 8pm and headed out for a quick dinner before calling it an early night.