Waking up to a rainy morning is not something we look forward to on a vacation. But that’s how Reykjavik has been all the days we were in Iceland – cloudy or mostly rain. Having booked the Blue Lagoon on previous night, we left the guesthouse at 9am after a good breakfast.

A drive of 25 minutes took us to this most visited tourist site of Iceland – The Blue Lagoon.

Located in a lava field in Grindavík on the Reykjanes Peninsula, Blue Lagoon (Icelandic: Bláa lónið) is situated approximately 20 km (12 miles) from the Keflavík International Airport and 39 km (24 miles) from the capital city of Reykjavík.

There are a lot of lava fields and free hot-springs around Iceland where you can get the similar treatment. So it is not worth spending all that money in The Blue Lagoon because of the number of tourists that visit each day.

You can book your tickets online where they offer different packages. We got the €35 basic package and brought our own towels, bathrobes and skin care pack. Depending on your selected package, you will be given a wrist band that has every single details of what you have selected and spent. You can purchase drinks while you’re in the pool and pay by that same wrist band. 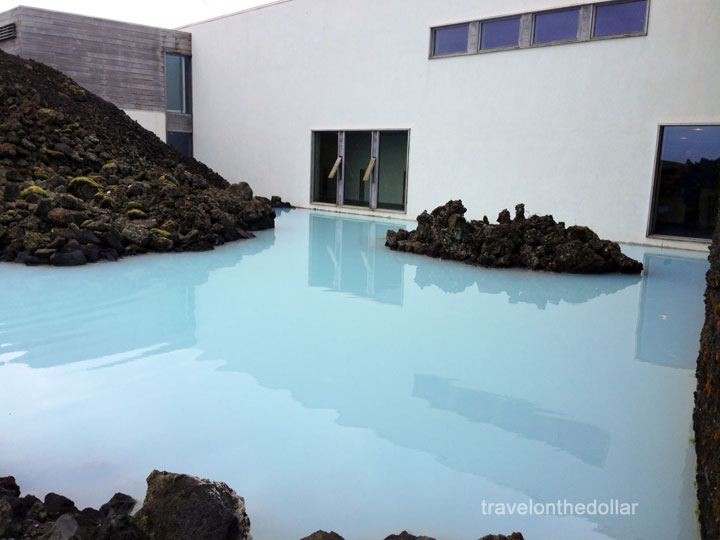 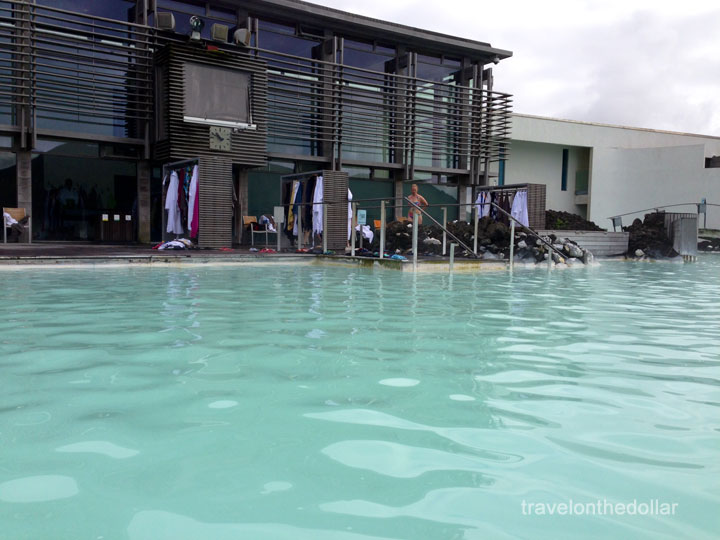 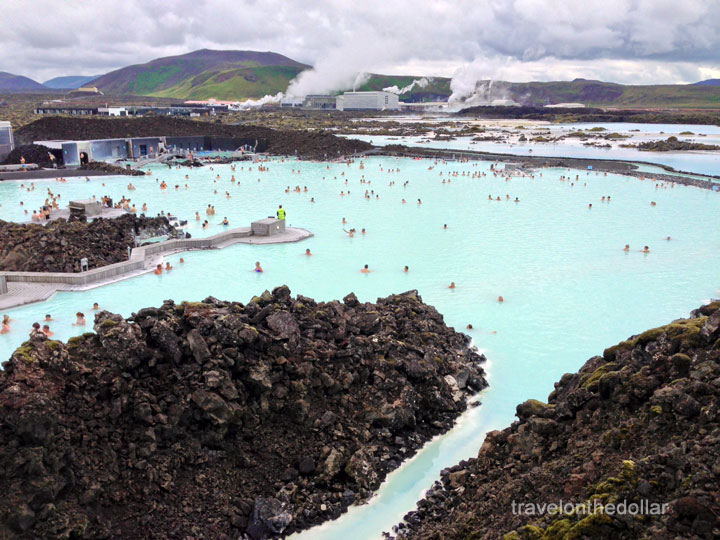 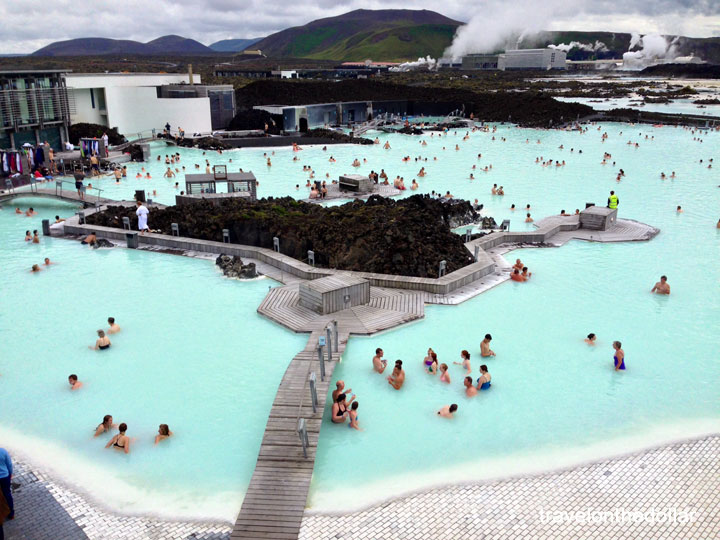 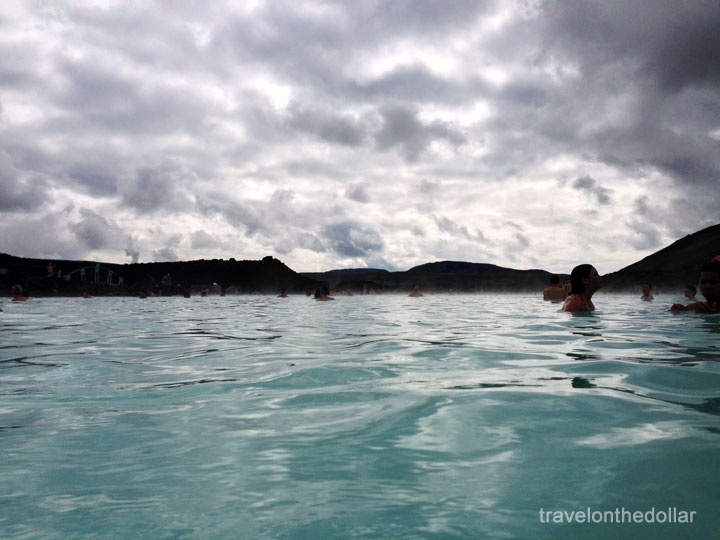 We spent about two hours at the Blue Lagoon and returned to Reykjavík by 1pm, just in time for lunch at the city center. And we wanted to try Puffin meat which is one of the delicacies in Iceland. A quick search online and we found a restaurant close to our hotel that served Puffin breast.

Þrir Frakkar translates to either “Three Overcoats” or “Three Frenchmen”, and both meanings are played upon in the decor. The restaurant concentrates on Icelandic fare, such as puffin breast, horse filet and whale steak. Incidentally, we tried all of these. The whale was surprisingly flavorful and the horse was amazing. A very fun and popular place, where reservations are preferred because of the popularity. 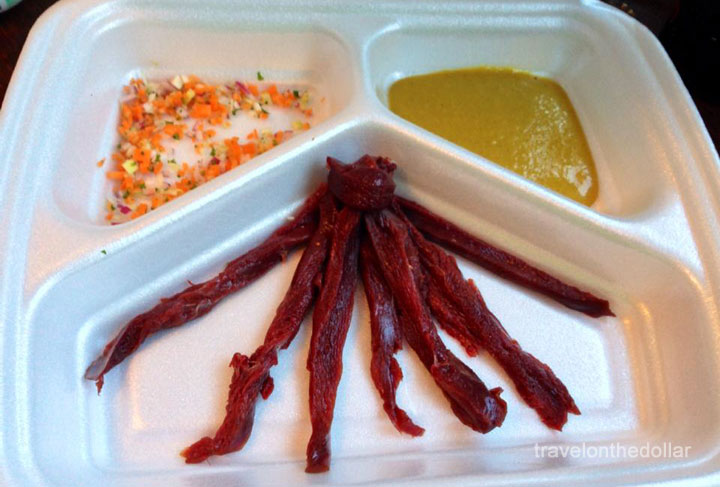 After arriving back to Reykjavik, we visited some of the other sites like:

Icelandic Phallological Museum
Otherwise knows as the Penis Museum, this place houses the world’s largest display of penises and penile parts. With a collection of 280 specimens from 93 species of animals including 55 penises taken from whales, 36 from seals and 118 from land mammals, the museum obtained it’s first human penis in July 2011. But the detachment from donor’s body did not go according to plan and it was reduced to a greyish-brown shrivelled mass pickled in a jar of formalin.

Founded in 1997 by retired teacher Sigurður Hjartarson and now run by his son Hjörtur Gísli Sigurðsson, the museum grew out of an interest in penises that began during Sigurður’s childhood when he was given a cattle whip made from a bull’s penis. He obtained the organs of Icelandic animals from sources around the country, with acquisitions ranging from the 170 cm (67 in) front tip of a blue whale’s penis to the 2 mm (0.08 in) penis bone of a hamster, which can only be seen with a magnifying glass. 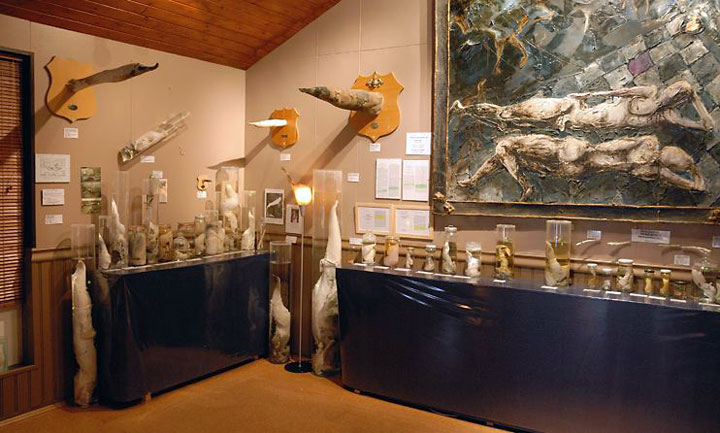 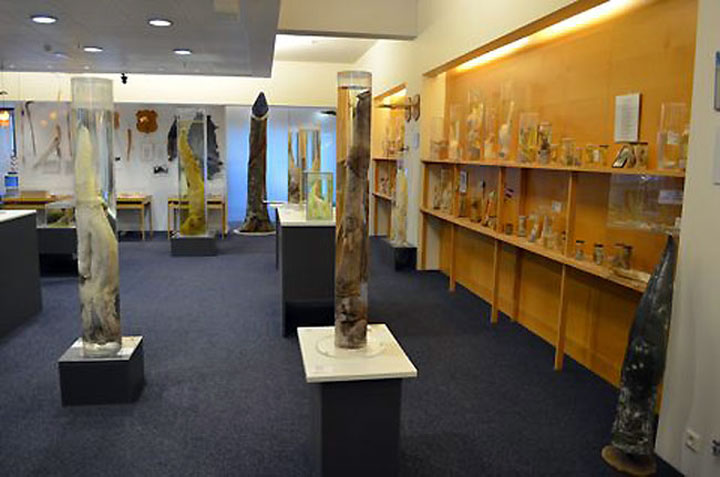 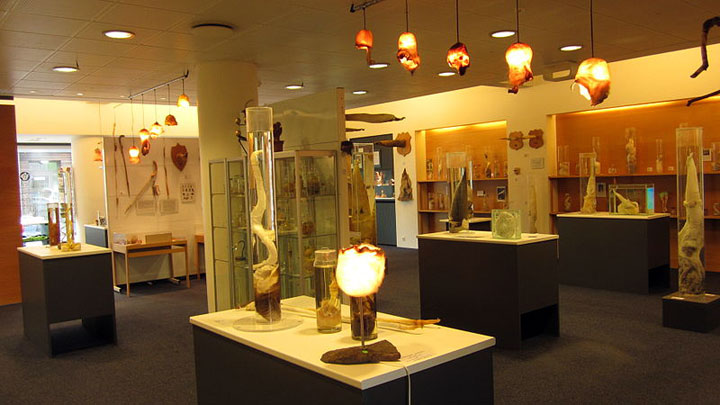 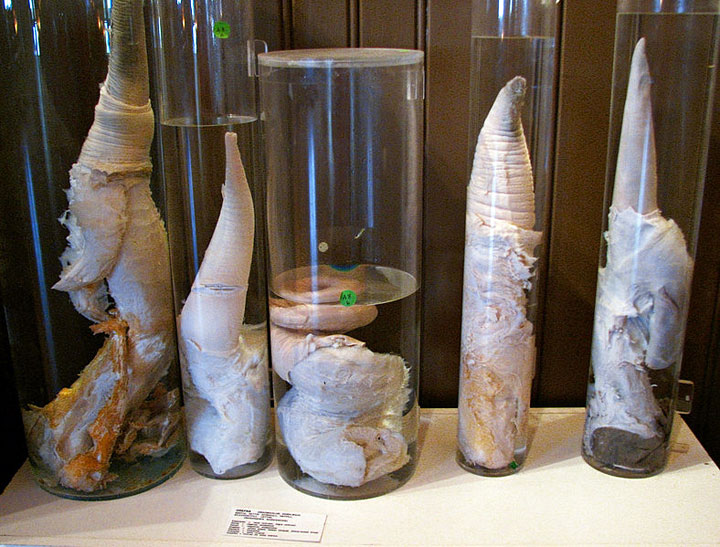 Vikin Maritime Museum
With three permanent exhibitions in the museum: “The history of sailing”, “From poverty to abundance” and “The Coast Guard Vessel Óðinn”, this is a great place to see the history of Icelandic fisheries and fishing in Iceland but displays other temporary exhibitions related to the sea.

A guided tour takes you on the coast guard vessel and costs ISK 1100. 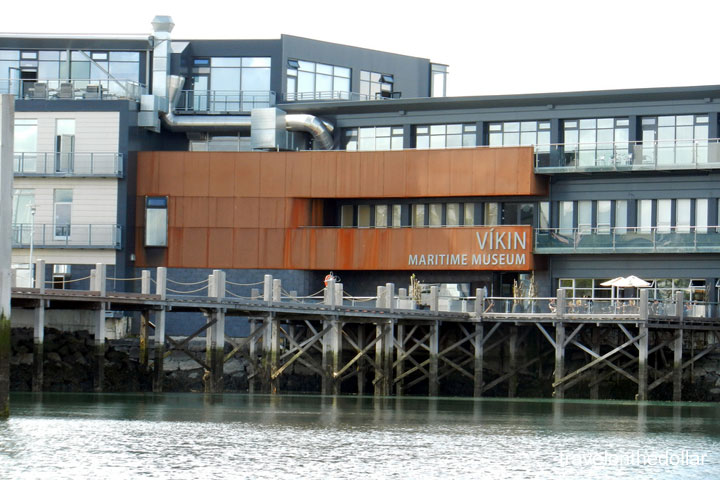 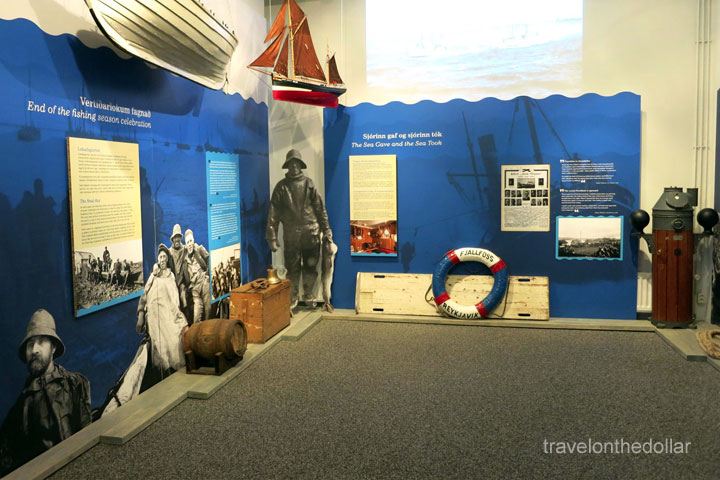 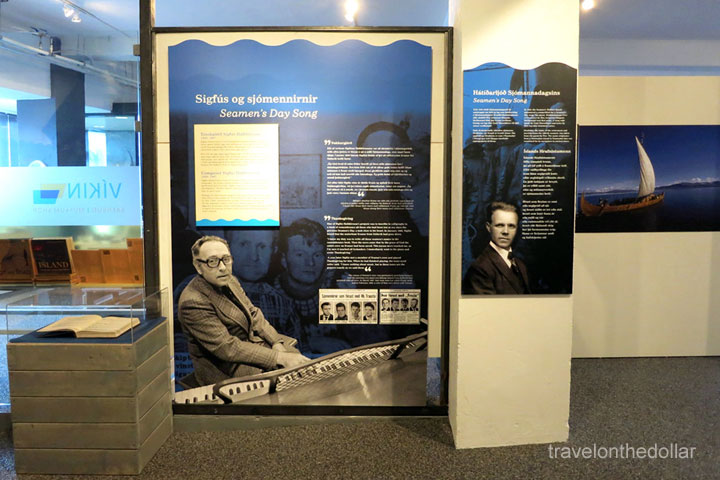 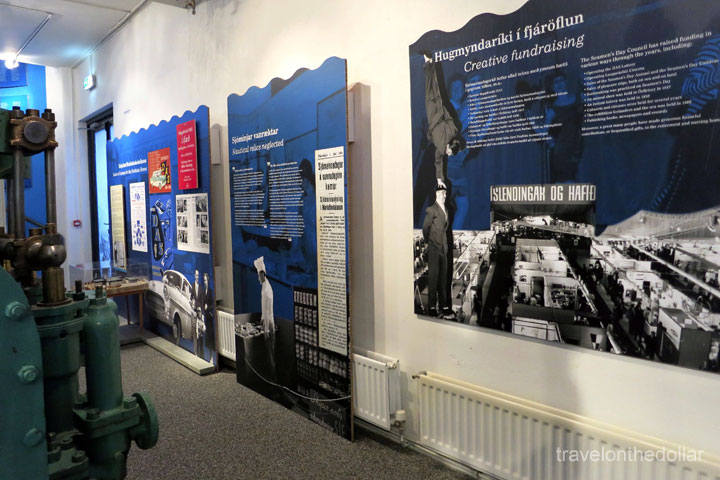 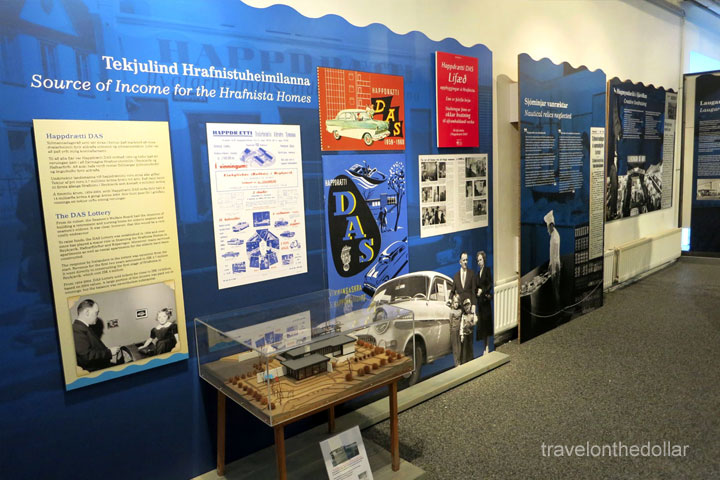 We headed back to the hotel for a nap and after some more strolling the city center, we called it a night for an early start next day.

Traveling out of Iceland.