Starting early from Seyðisfjörður, we drove north instead of driving south as planned. An hour and a half drive brought us to Borgarfjarðarhreppur where the best sightings of Puffin colony was recommended by our fellow guests in Akureyri.

Take the route 93 that continues up north and merges with route 94 along the way to reach this tiny town.

After crossing mountain ranges and fjords will being you to this village of about 150 residents – Borgarfjarðarhreppur. As soon as you reach the town, you will see signs indicating the way to the Puffin colony perched up on a tiny hill just 5 km outside the village. Or perhaps just follow the hordes of tourist cars that go to the viewing point.

If you find yourself in Borgarfjarðarhreppur, then make sure to check out the music festival that attracts a lot of visitors in the summer.

Once you reach the viewing point, there is a photogenic small-boat harbor and islet of Hafnarhólmi, home to a gigantic puffin colony. The free viewing platform allows you to get up close and personal with these cute, clumsy creatures. The puffins arrive mid-April and are gone by mid-August, but other species linger longer. 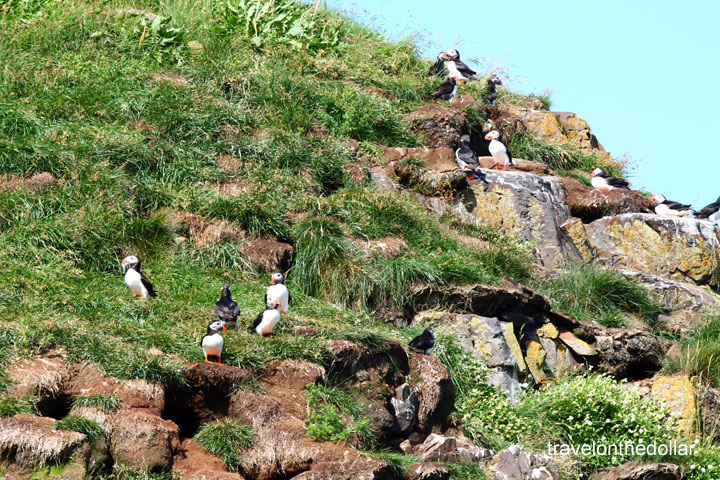 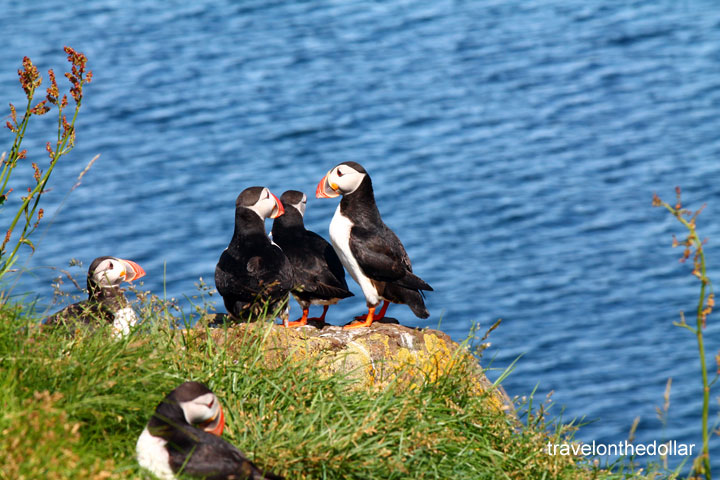 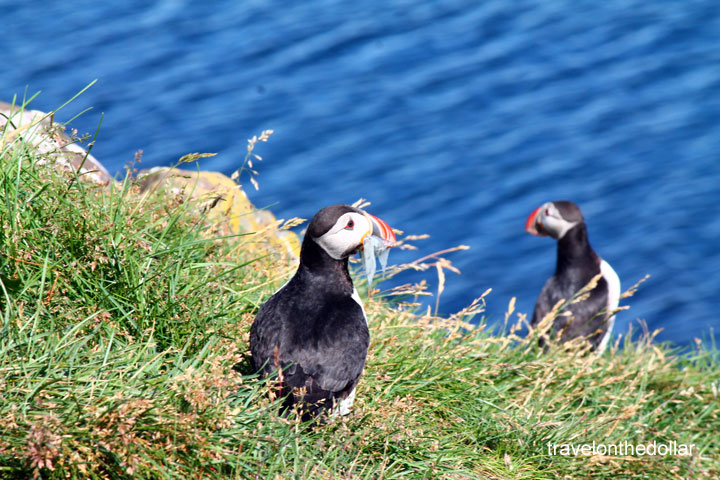 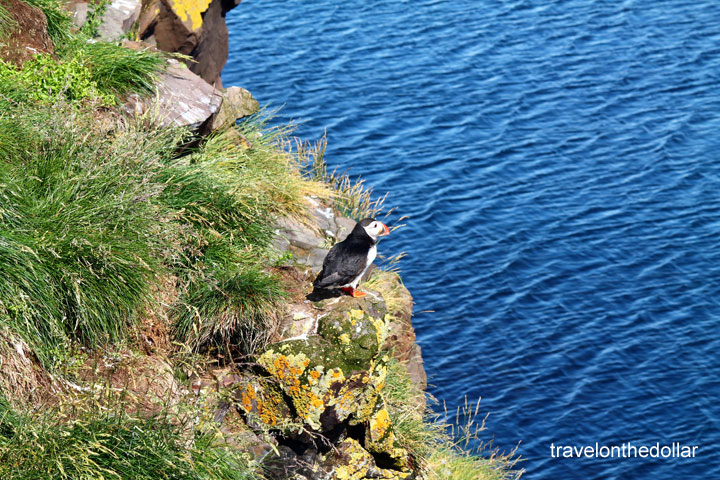 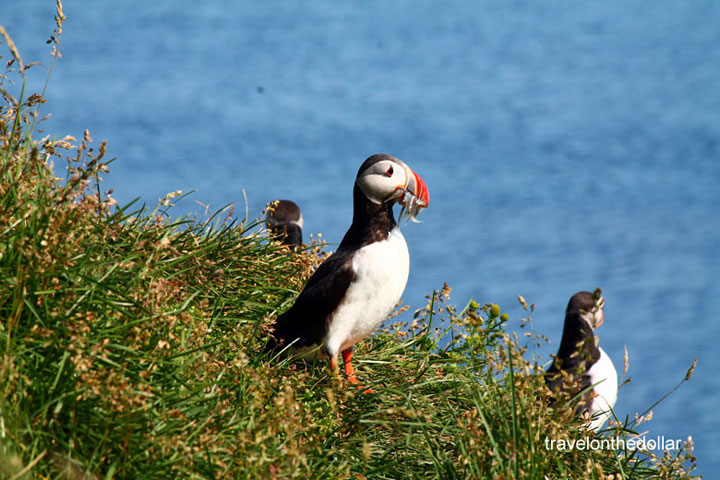 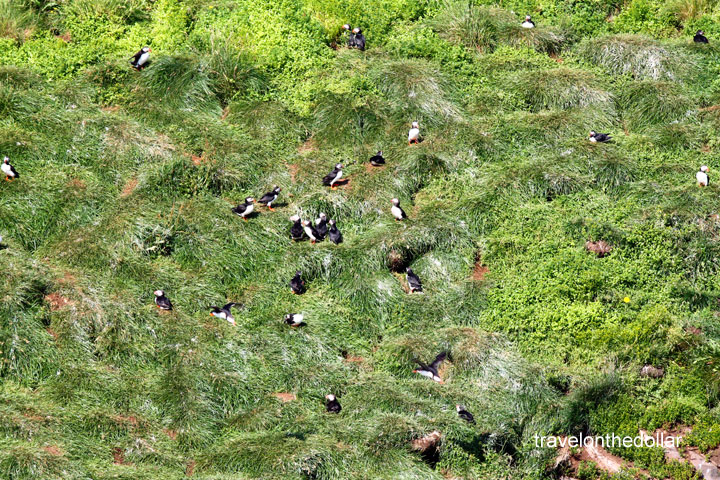 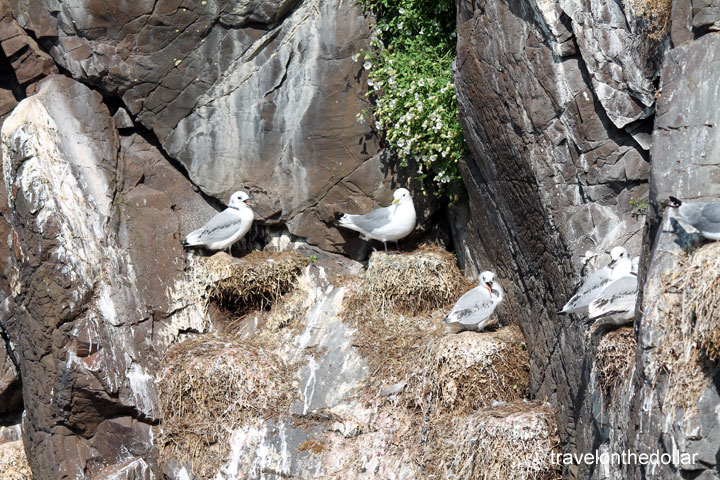 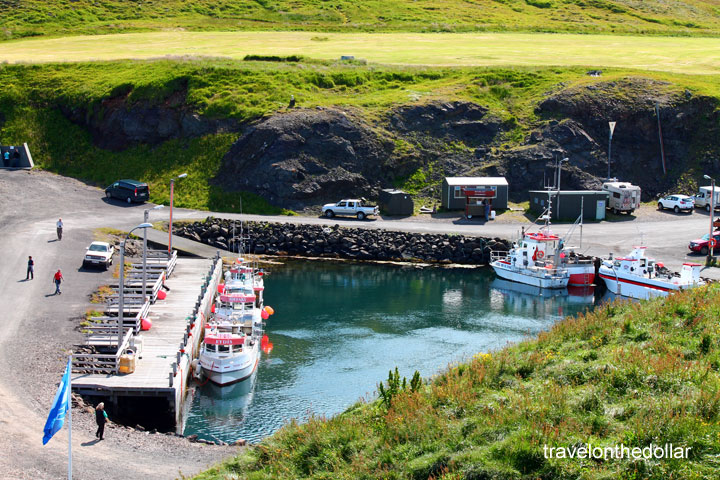 Now it was time to drive south to our final destination of the day – Djúpivogur. Turning back on Route 93/94 towards Egilsstaðir, we made a quick lunch halt back in this town.

Driving south from Egilsstaðir passes through fjords with beautiful scenic mountains and small towns to stop over for fuel or food. One of these small towns is Stöðvarfjörður, which has a population about 300 people and the main attraction of this village is Steinasafn Petru (Petra’s Stone Museum), that accounts for many rare and peculiar types of stones and minerals, examples of which can be observed in the rock collection of Petra Sveinsdóttir.

The collection is at “Sunnuhlið” (pronounced Sunnuhleeth), the home and garden of Petra Sveinsdottir where she has lived from 1946 to 2005. Collection of mineral stones was Petra’s hobby since childhood. Today, Petra’s Mineral collection has become one of the biggest and most magnificent private Mineral Collections in the world.

The garden and house are open for public daily from 9am to 6pm.

A hike to Steðjinn is a pleasant walk from the village that takes about an hour. Stöðvarskarð is a mountain pass between Stöðvarfjörður and Fáskrúðsfjörður, and this walk is particularly beautiful and takes only 4-5 hours. Súlurnar is a basalt peak divided at the top into two giant columns. This is one of the most picturesque mountains in Iceland. 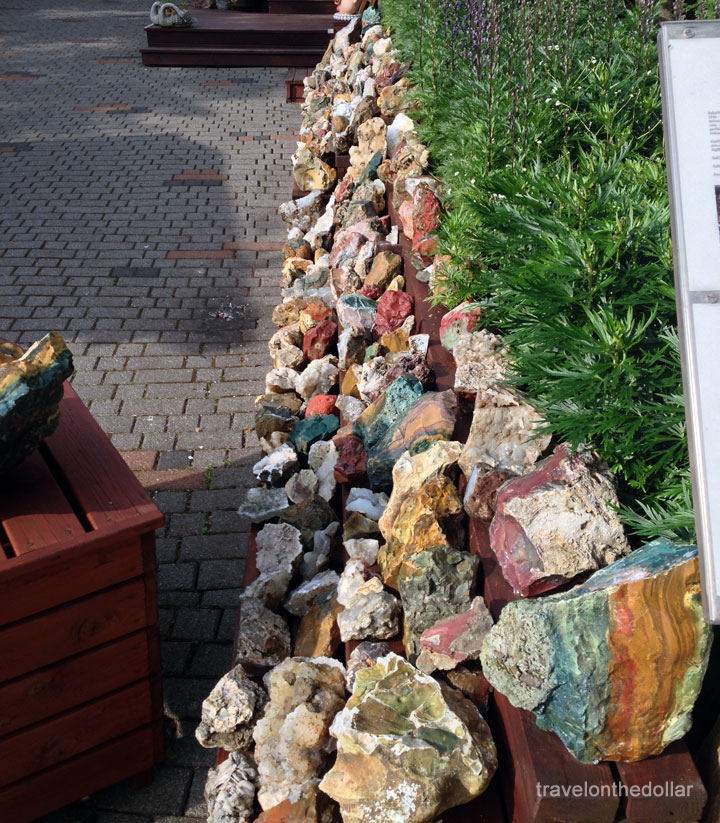 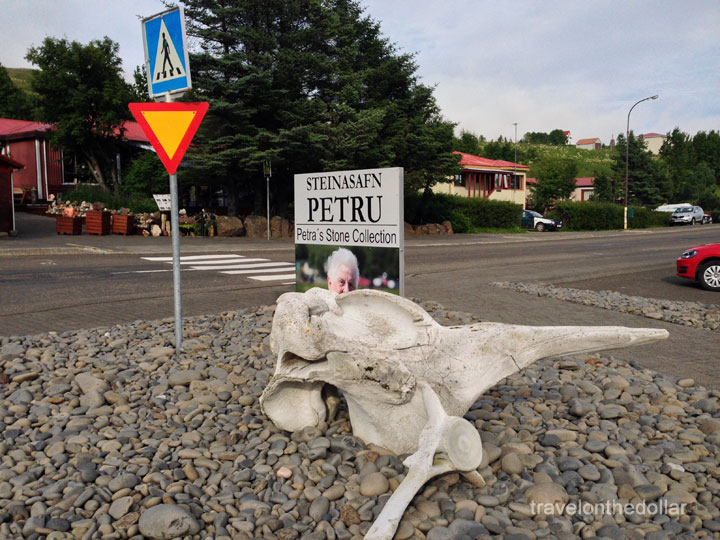 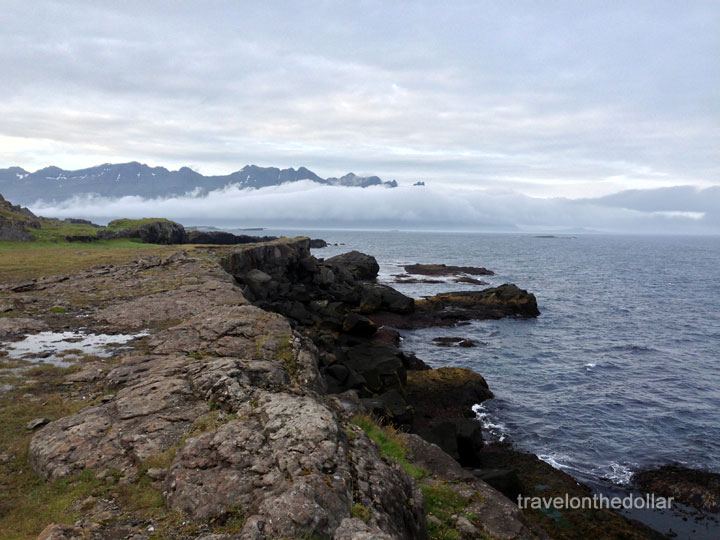 After passing through some more fjords and coming from Berunes, we continued on road no. 1 to the south of Iceland leaving Lónsvík drive over the narrow mountain pass the tunnel “Almannaskarðsgöng” between Lón and Hornafjörður.

Situated on the peninsula between Hamarsfjörður and Berufjörður fjords, Djúpivogur is considered as an important center of Icelandic trading over 400 years ago. One of Iceland’s most beautiful mountains, the symmetric pyramid of Búlandstindur, reaching 1069 meters above sea-level, can be easily seen from the village and most of the spots around Berufjörður fjord. You can hike the mountain for splendid views from the top. 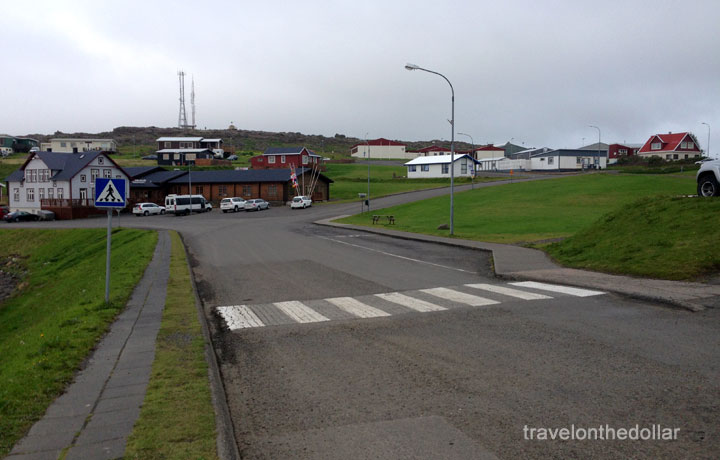 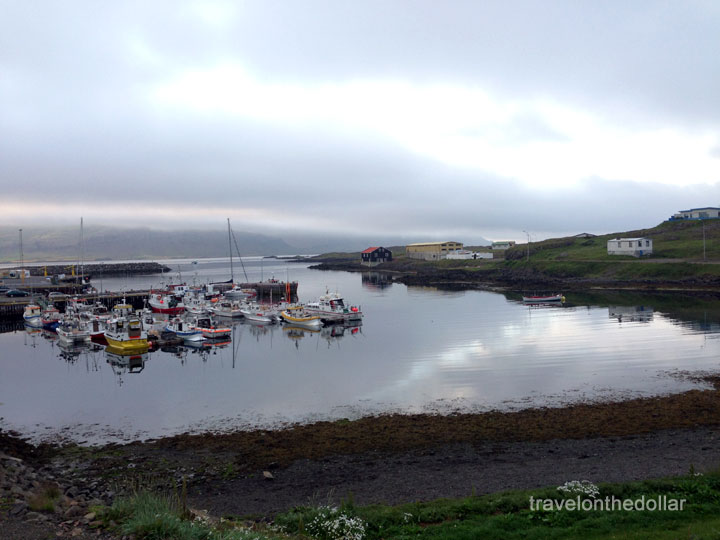 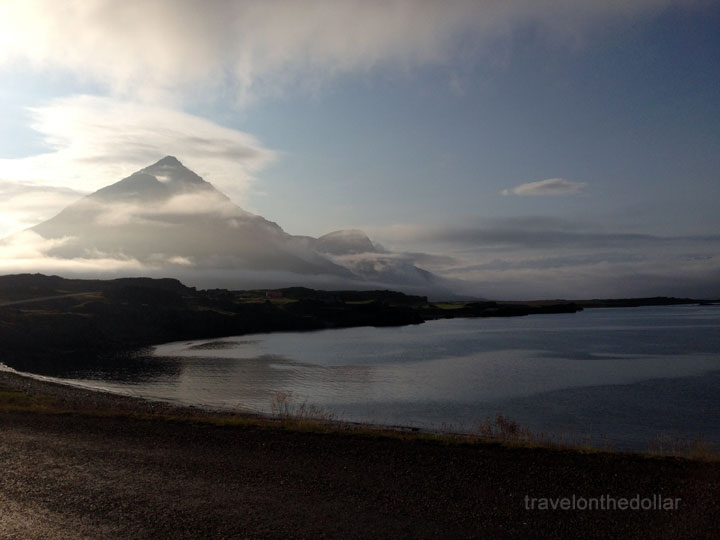 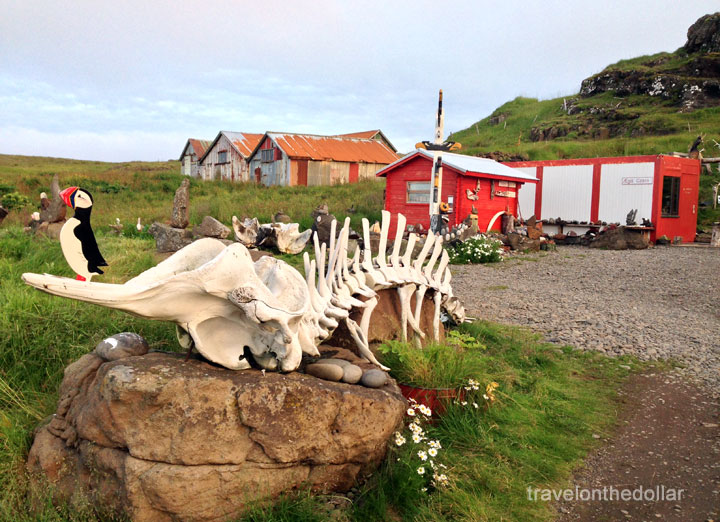 Made by Icelandic artist Sigurður Guðmundsson, Eggin í Gleðvik is an outdoor artwork consisting of thirty four eggs, each representing a local species of birds. The eggs are similar in size except one, which is the largest and belonging to the red-throated diver, the official bird of Djupivogur. It’s an easy 10-minute walk from the center of the town. 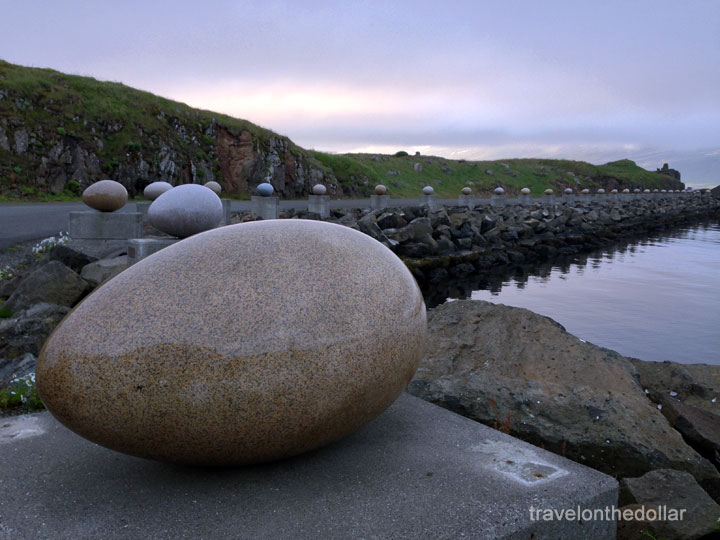 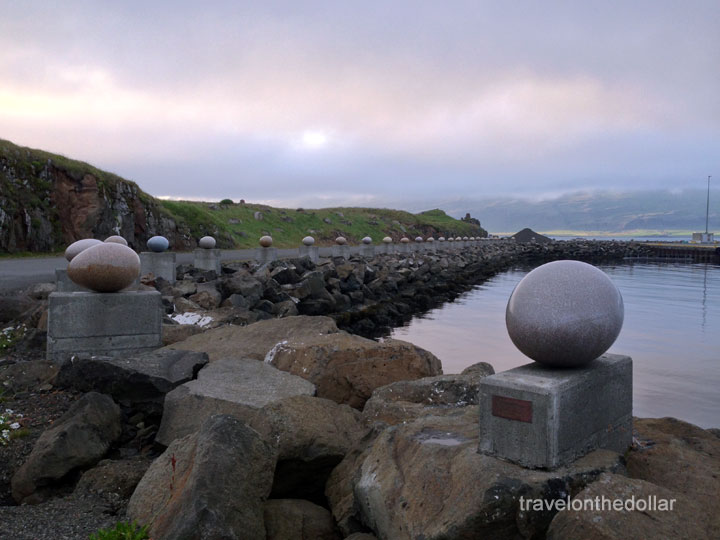 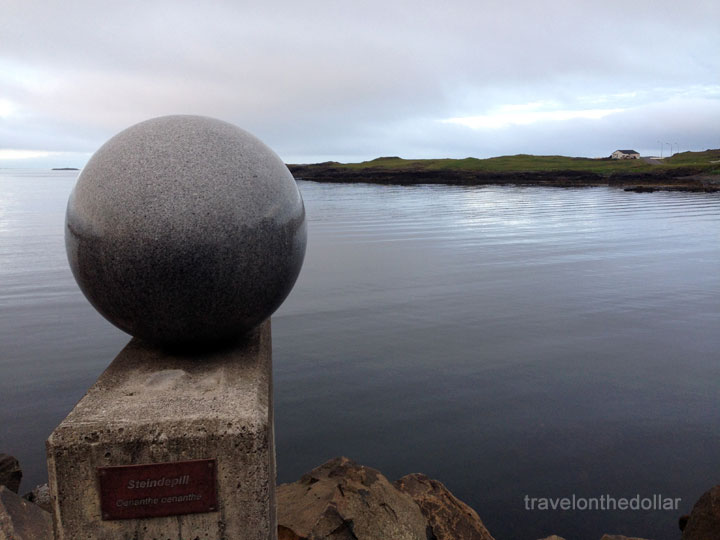 After checking in to our guesthouse, we went to the nearby cafe for dinner and called it an early day for some much-needed rest. 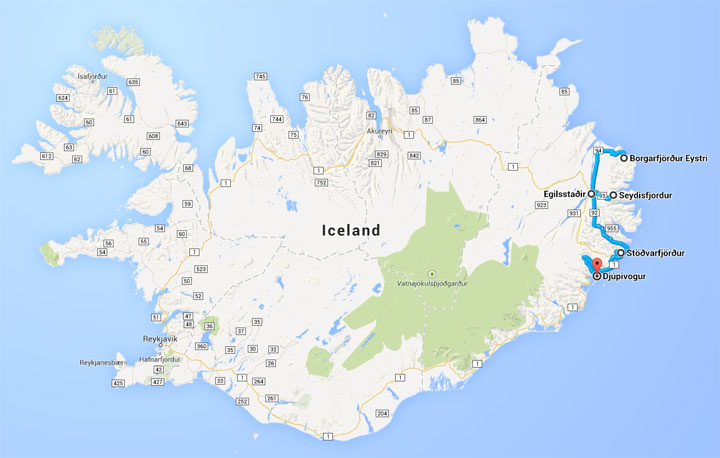