If you want to visit the wineries in Georgia, then Kakheti region in the south-east is your best option. Places like Telavi, Sighnaghi, Kvareli, etc. have some of the best wineries in the world. Taking a tour of them requires a private taxi that can stop-and-go around the wineries distributed outside of the main towns. But wine tasting is possible in these towns as well.

It was a rainy day with heavy fog expected in Kakheti region, so rather than spending time in all these towns, we decided to visit Sighnaghi. As per WikiTravel and Google Maps, we had to walk to Freedom Square, take the Metro train from Liberty Square station to Samgori station, from where we can get a bus.

Tbilisi metro is the best way to go around the city. You have to purchase a card for GEL 2 at the station and top it up to the amount you want. This allows you to travel on train, bus and funicular in the city for the amount you have topped up. Each ride in Metro and bus costs GEL 0.5, whereas each Funicular ride costs GEL 1. 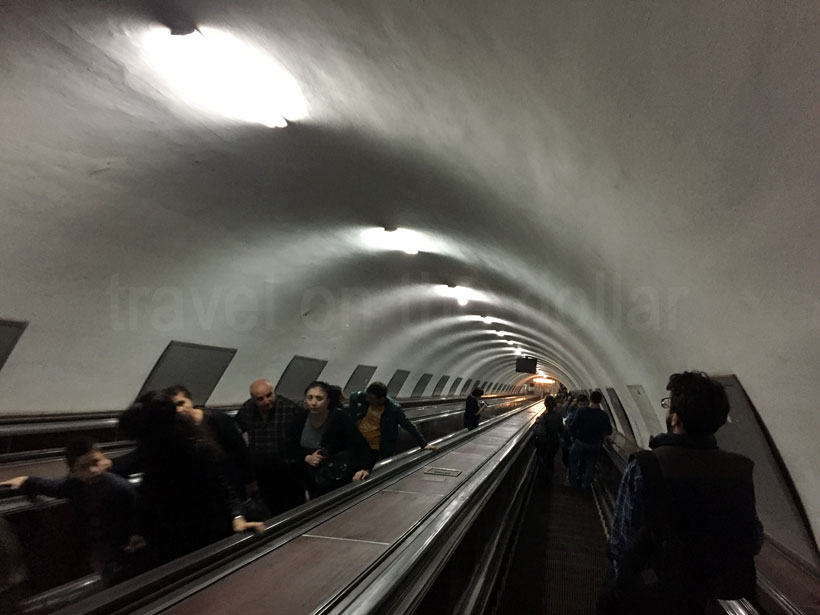 [Escalators at Tbilisi metro – each way takes about 128 seconds. Yes, more than 2 minutes!] 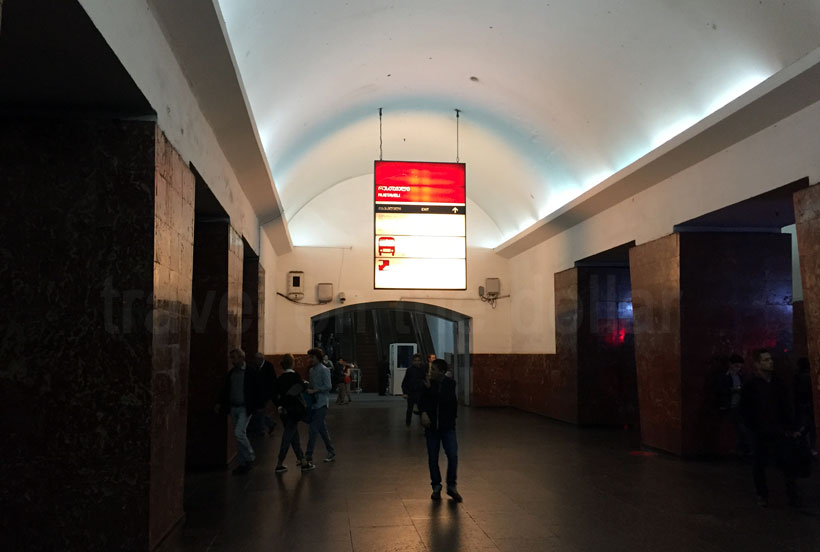 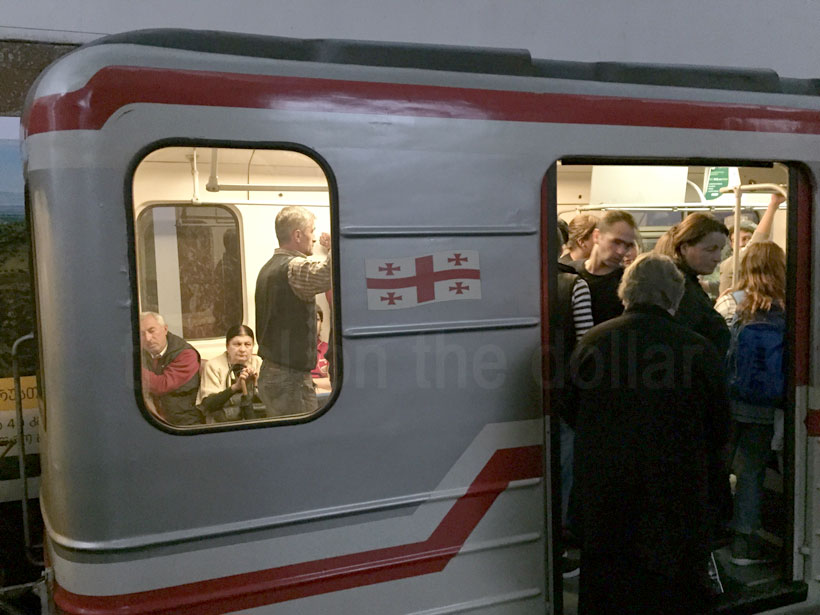 We realized that the buses to Signagi start outside of Isani Metro station, and not Samgori station. So we walked (on the right after exiting the station) for about 10 minutes to this mini-bus stop from where mini-buses leave for Sighnaghi every two hours from 9am to 6pm. Since it was 9:30am, we walked around the agriculture market outside Samori station, and had a delicious shawrma for breakfast!

It takes about 1.5 hours on the amazing Kakheti highway. We took the 11am bus, reaching Sighnaghi at 12:30pm on a rainy day. The same bus will be heading back to Tbilisi at 4pm.

After a little bit of research, we wanted to stop by the Pheasant’s Tears Winery for wine tasting. So with the assumption that some of the fellow tourists were heading there, we followed them. In the opposite direction. In to the main center.

Walking around the town, we stopped by the post office to get a stamp for my Postal Stamps Travelogue book. Walking further we came across this beautiful lady who was weaving sweaters for tourists on the side street.

After asking us where we were from, she got excited to find some Indians and started singing Bollywood songs, while holding on to us tightly. You could see the excitement in her eyes! 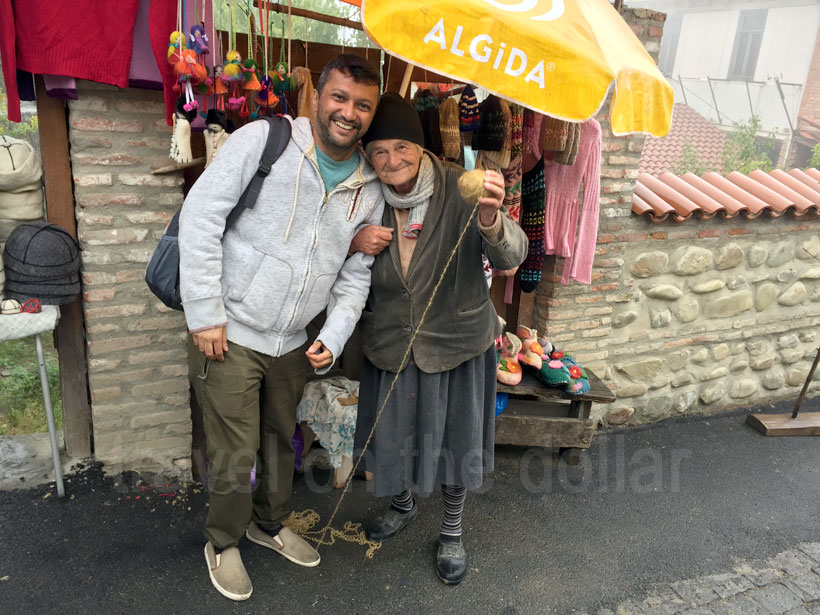 After struggling to find the correct way, we turned back to where we arrived, and realized that the Pheasant’s Tears Winery was right around the corner!

Signagi was cold, foggy and sleepy, even in the middle of the day. 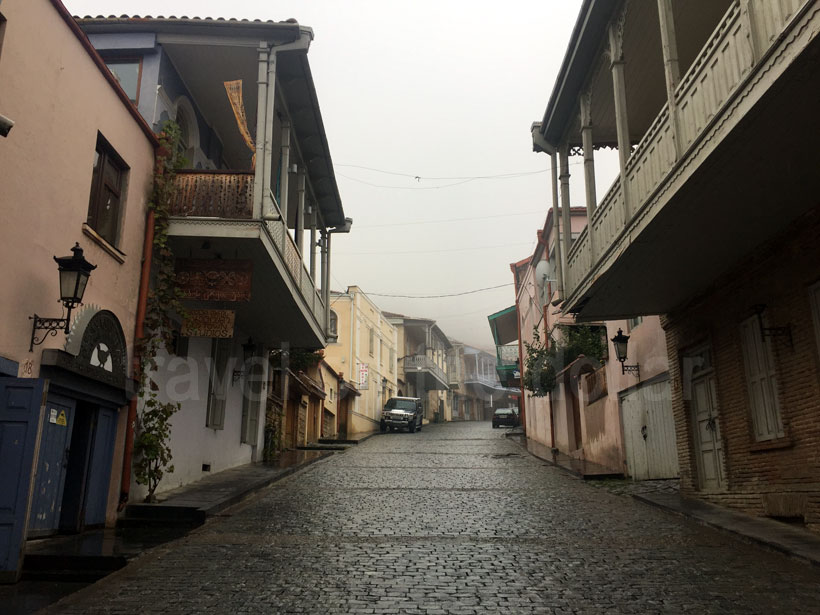 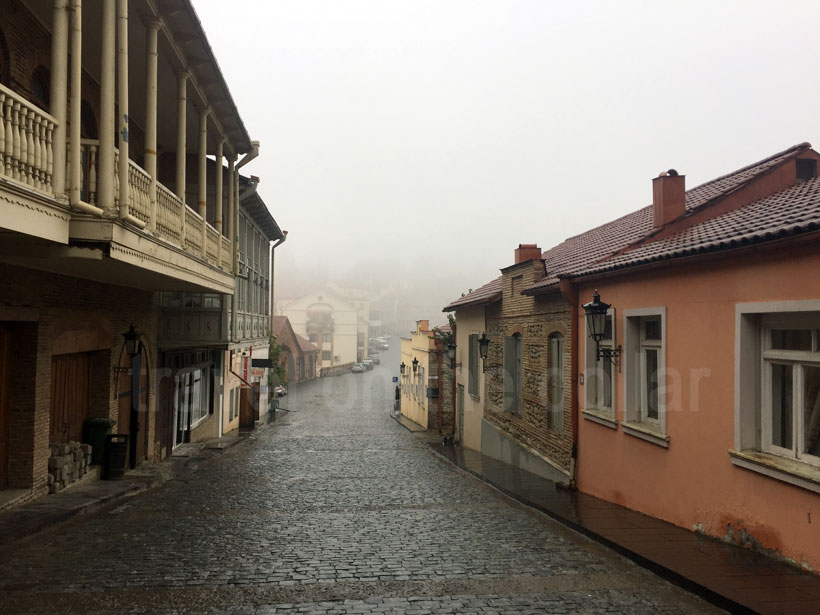 We decided to not just taste wine, but have a freshly-prepared meal at the chef’s table. The winery was gorgeous with wood-fire burning, giving us much-needed warmth.

The food was delicious and it was a great experience to be here. 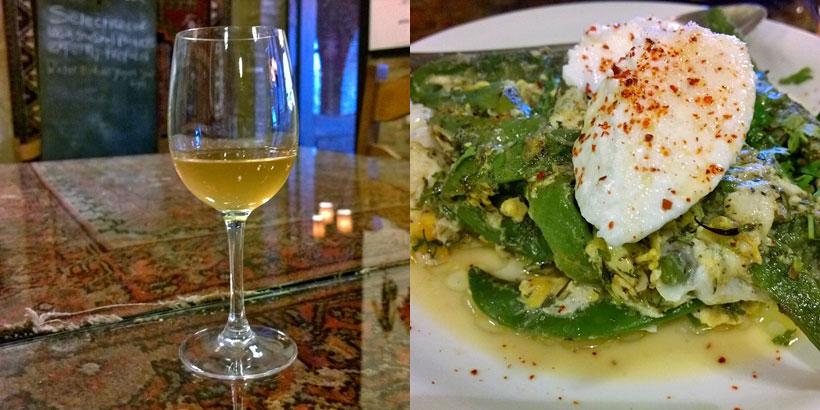 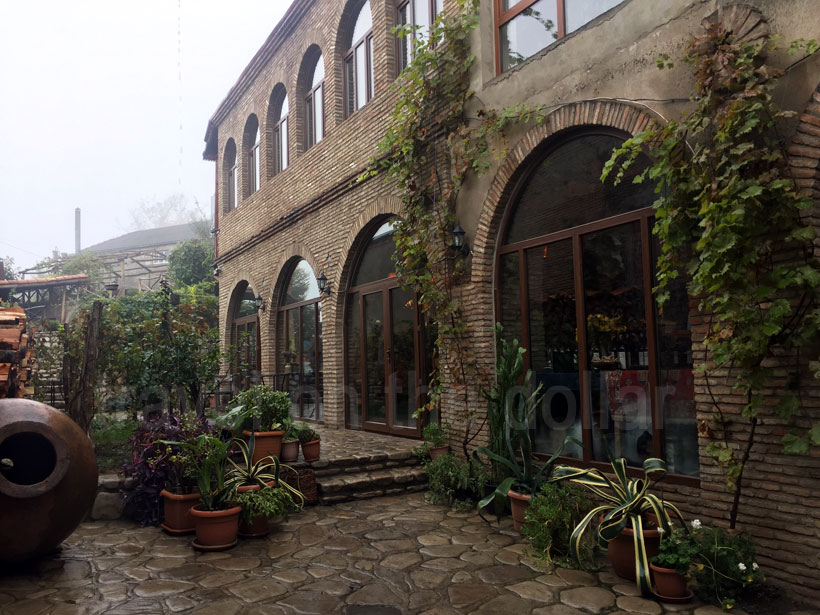 We returned to the parking lot where our mini-bus was waiting, and after 1.5 hours we were back at Samori station in Tbilisi. Another Metro ride to Liberty Square station, and a walk to the hostel, while grabbing some Kachapuri to eat on the way.

Note: All values in USD, unless otherwise mentioned, are approximate and based on the exchange rate of USD 1 = GEL 2.34 at the time of publishing. Each cost is for one adult.

Ushguli to Mestia to Tbilisi

Traveling from Ushguli to Mestia to Tbilisi.