Having stayed in the heart of the old town, I visited the two main sights on Girne (Cypriot: Kyrenia) – Girne Castle and the old town. Governed by the sea, Girne’s natural harbor was used as a prime location for Turkey to invade the island in 1974. The narrow twisty lanes of the old town are main tourist attraction, alongside the bustling harbor lined with cafes, restaurants and bars.

After breakfast at the hotel, I walked around the old town exploring the narrow alleyways and streets. 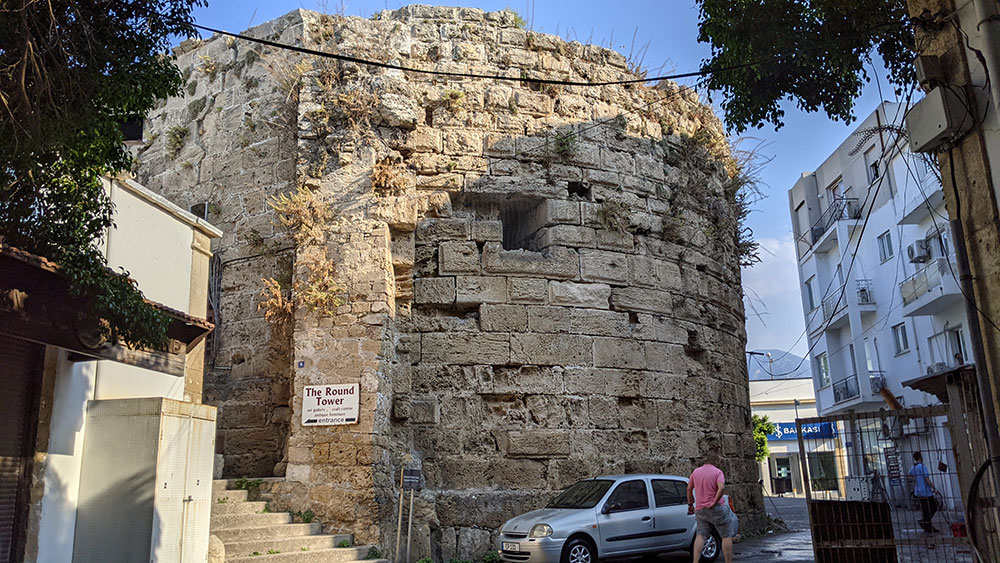 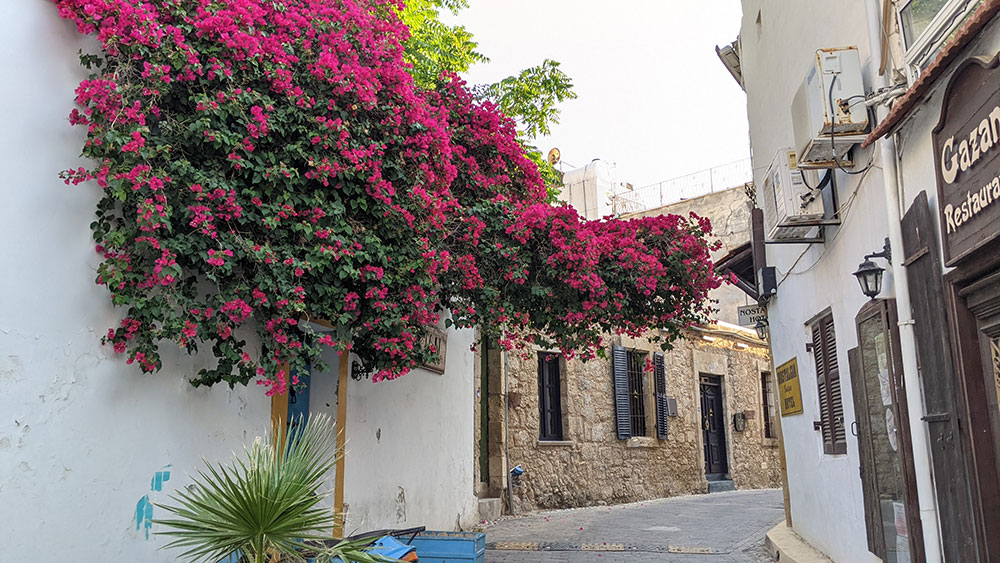 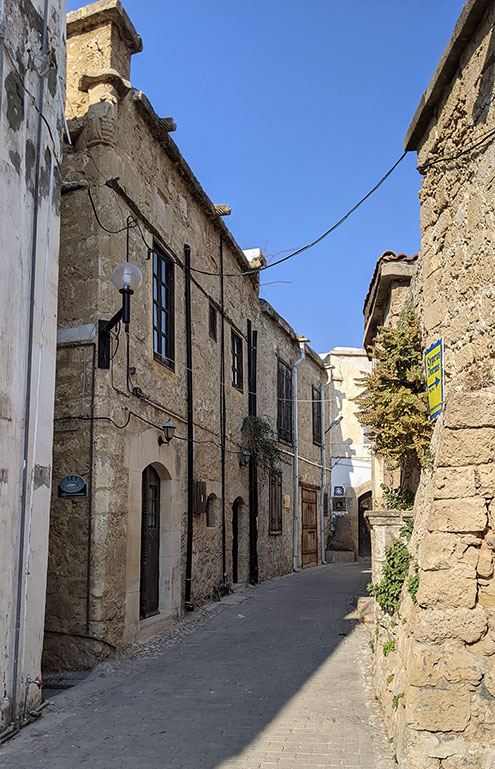 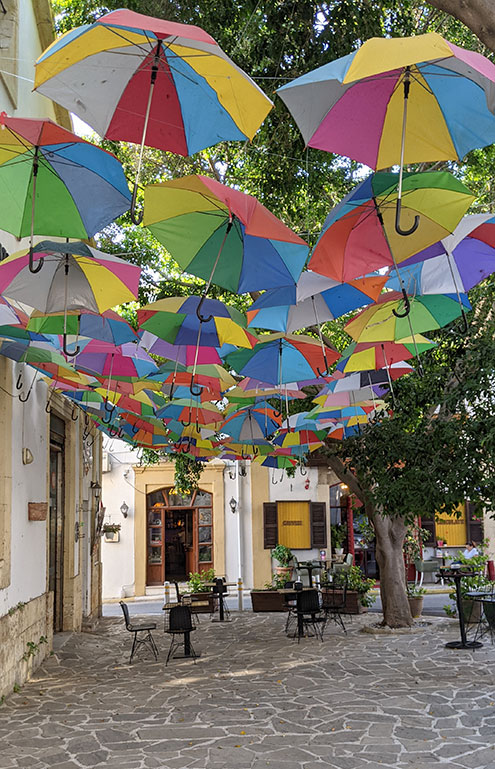 [A square in Girne old town]

Winding roads brought me to the crown jewel of Girne – Kyrenia Castle (Girne Kalesi). This large rectangular structure was built by the Byzantines over the remains of Roman fort. It hosts a cistern, a dungeon, chapel and two small museums. It costs TRY 25 for entering the castle, and the highlight of this castle is walking along the ramparts high up. The views from the walls are spectacular in every direction. 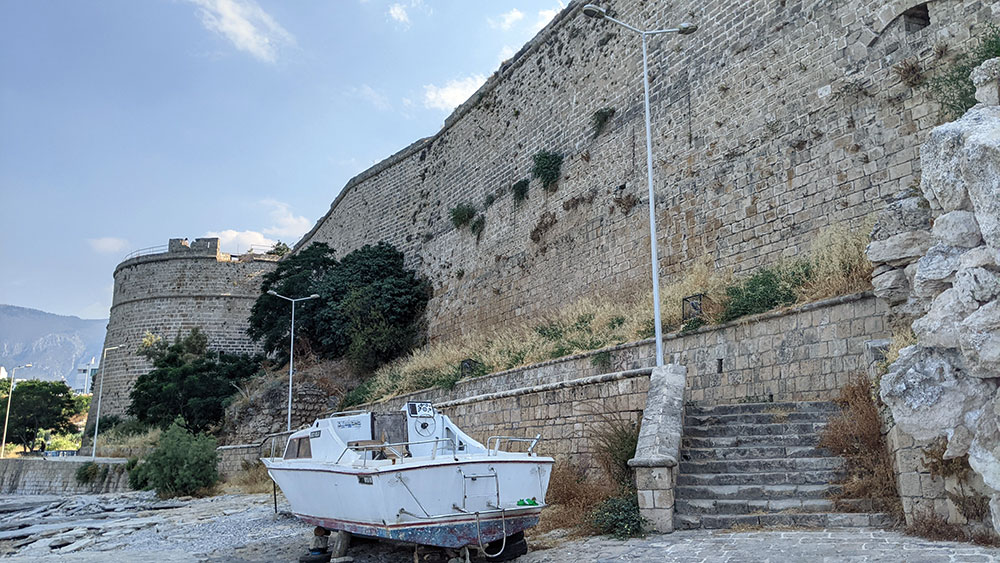 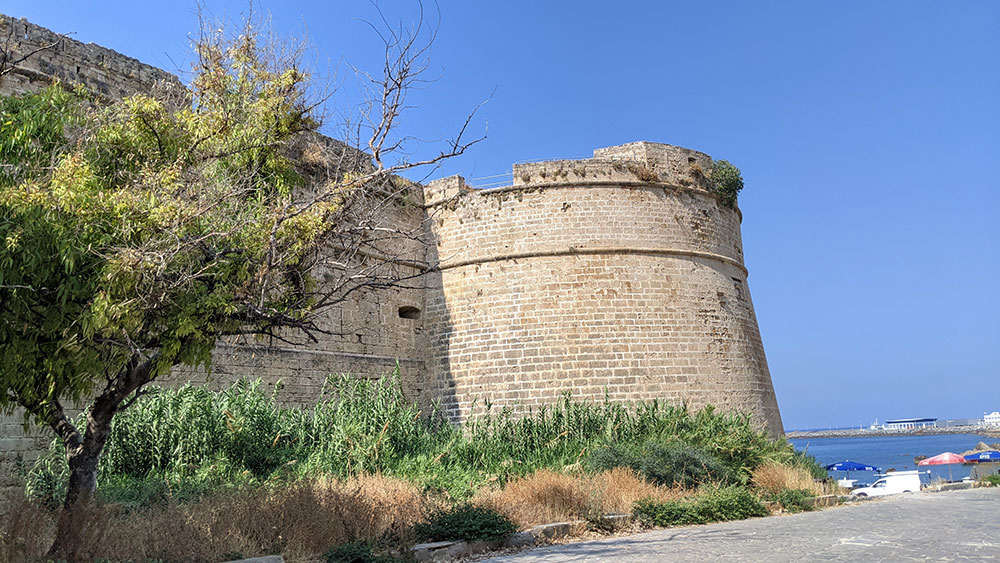 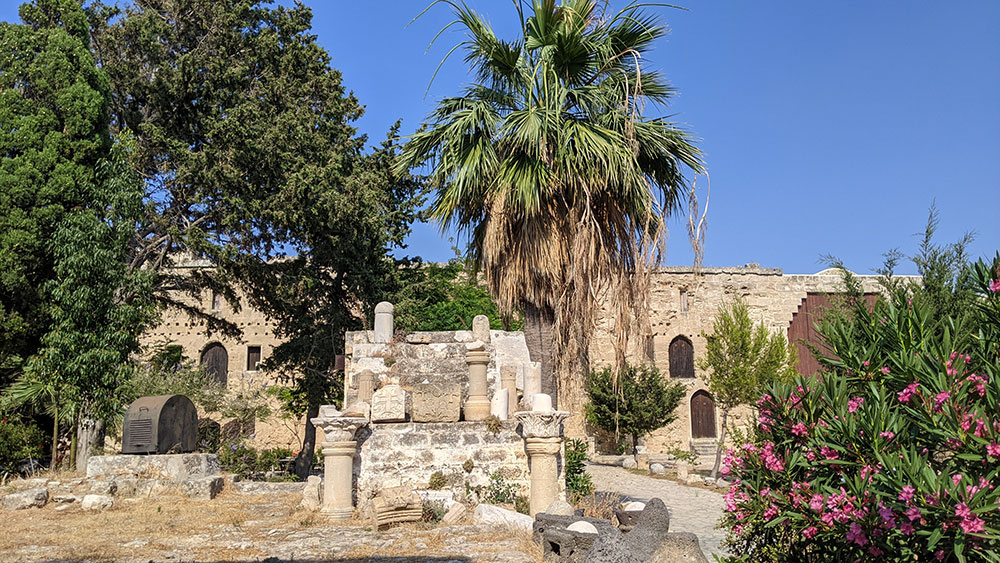 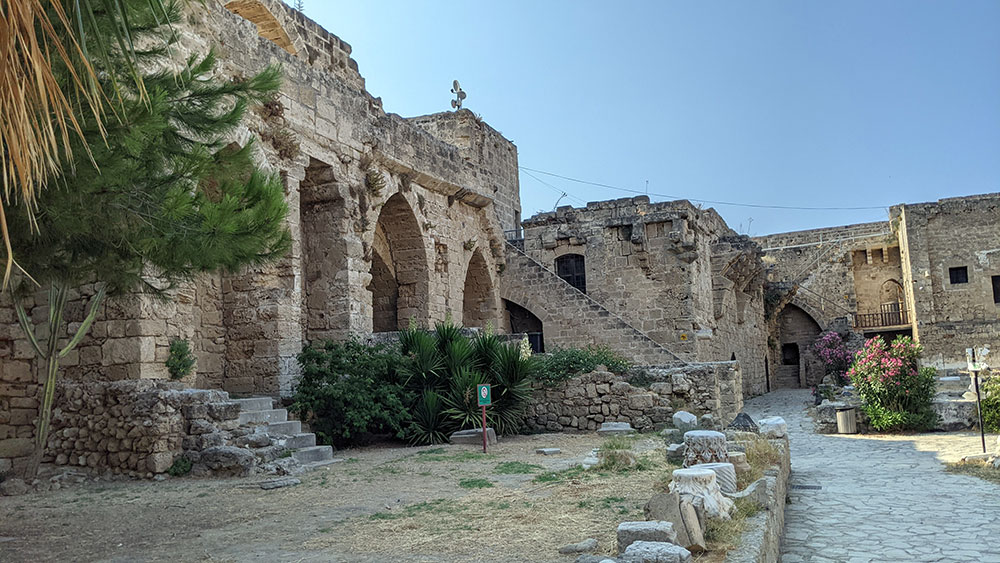 [Western side of inner walls in Girne Castle] 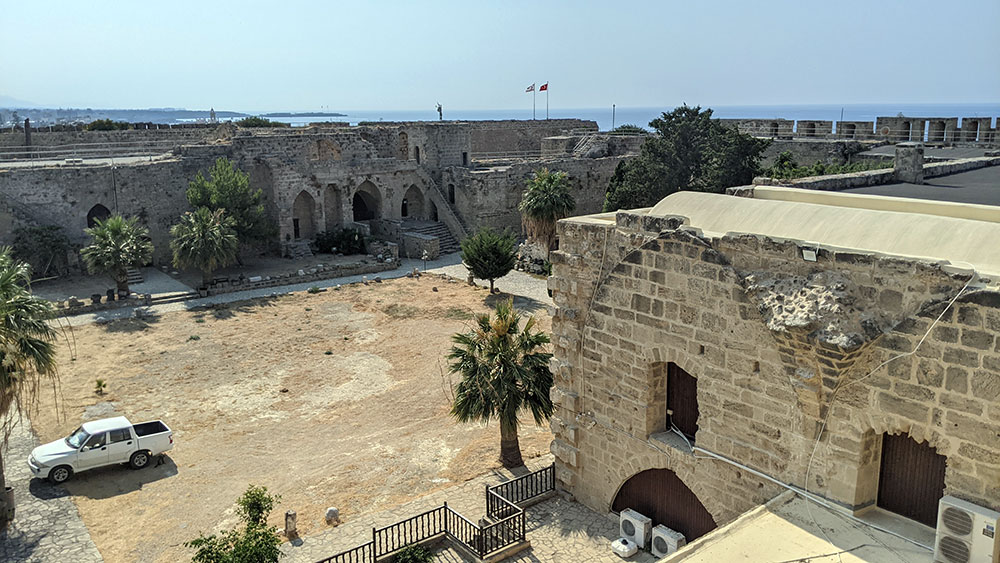 [View of western wall from the rampart] 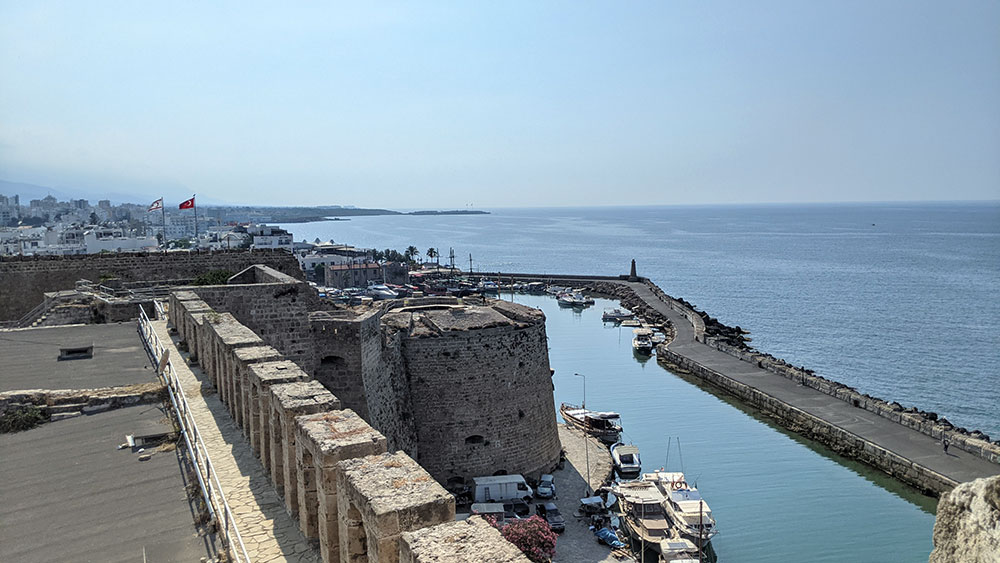 The main highlight outside of Girne is the stone walls and half-ruined buildings of the St. Hilarion Castle located about 17km outside of the city.

I hired a taxi from Girne to go to the castle, and back for TRY 150. The driver and I agreed that he will wait for me for an hour there and drive me back to Girne.

The site has three main parts: the lower enceinte (fortified defensive enclosure), the upper enceinte and Prince John’s Tower, all linked by steep staircases. The stunning views are well worth the arduous climb to the top.

A local folk legend tells that the castle once boasted 101 rooms, the last of which led to a secret internal garden that belonged to a fairy queen. This enchantress was known for seducing hunters, shepherds and travelers who stumbled into her lair and robbing them after placing them into a deep slumber.

The castle’s real history is a bit less fantastic. The lofty fort is named after the monk Hilarion, who fled persecution in the Holy Land. He lived (and died) in a mountain are that overlooked the Kyrenia plain, protecting the pass between the coast and Nicosia.

In the 10th century the Byzantines built a the church and monastery over Hilarion’s tomb. Due to the site’s strategic position, it was used as a watchtower and beacon during the Arab raids of the 7th and 8th centuries and was an important link in the communication chain between Buffavento and Kantara Castles further east.

In 1964 the Türk Mukavemet Teşkilatı (TMT), an underground Turkish nationalist group, took control of the castle, again for its strategic position. It has been in Turkish Cypriot hands ever since, with a sheltered Turkish military base located on the ridge below.

You enter by the barbican main gate into the lower enceinte, once used as the main garrison and stabling area. Then follow the meandering path up to the middle enceinte, originally protected and sealed by 1 drawbridge. Here you’ll find remains of the church, barrack rooms, four-level royal apartments and a large cistern, vital to the storage of water.

Access to the upper enceinte is via a paved winding track, which leads to the Lusignan Gate. Guarded by the Byzantine tower, it opens on to the central courtyard, adorned with more royal apartments, kitchens and ancillary chambers.

One last climb takes you to Prince John’s Tower. Legend has it that Prince John of Antioch became convinced his two Bulgarian bodyguards were plotting to assassinate him and had them thrown from the cliff, to their deaths. From the tower on clear days you can see the Thurus Mountains, 100km away in Turkey. In summer it’s best to arrive early and avoid climbing in the heat of the day. 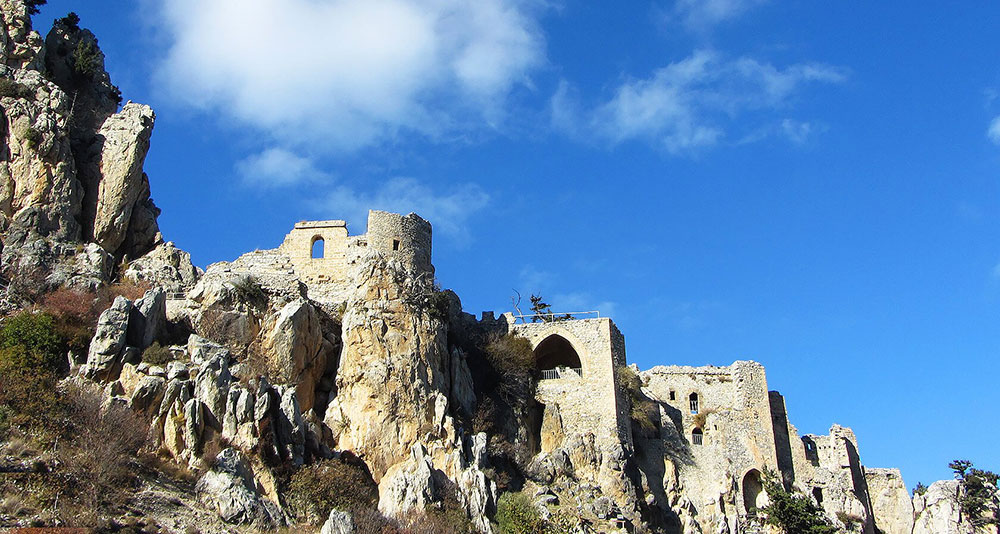 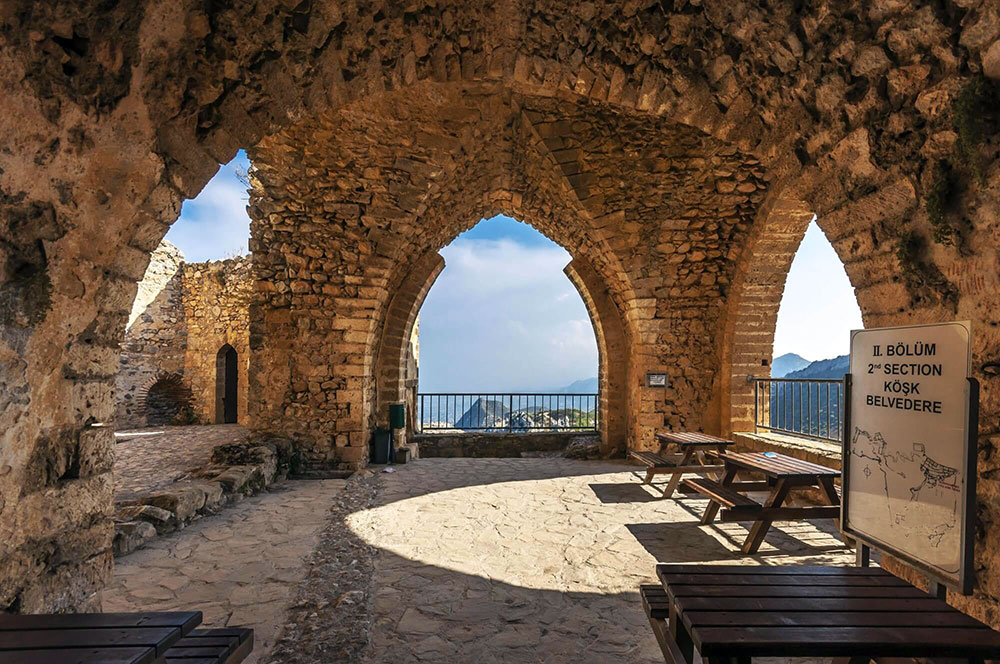 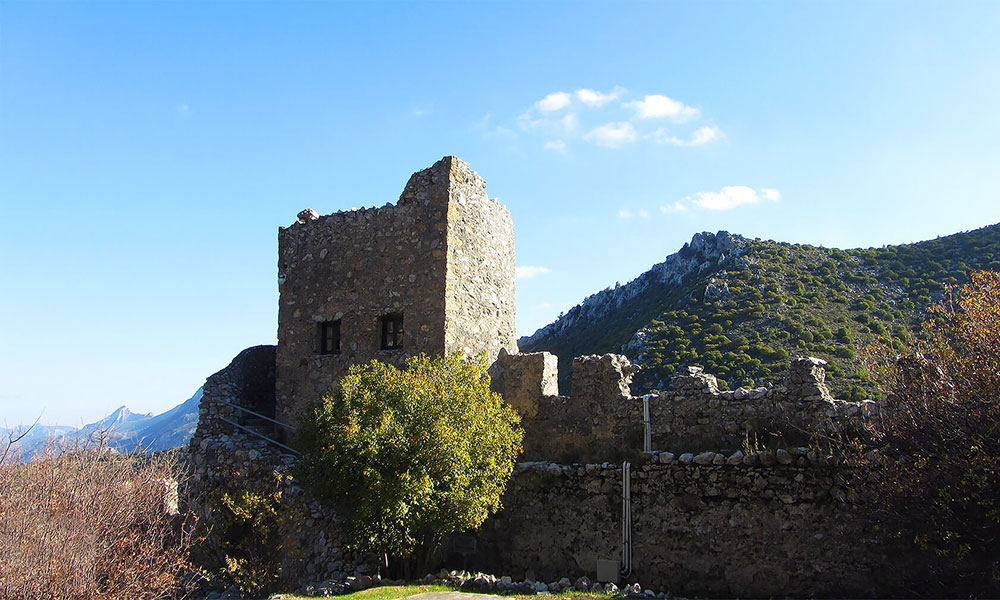 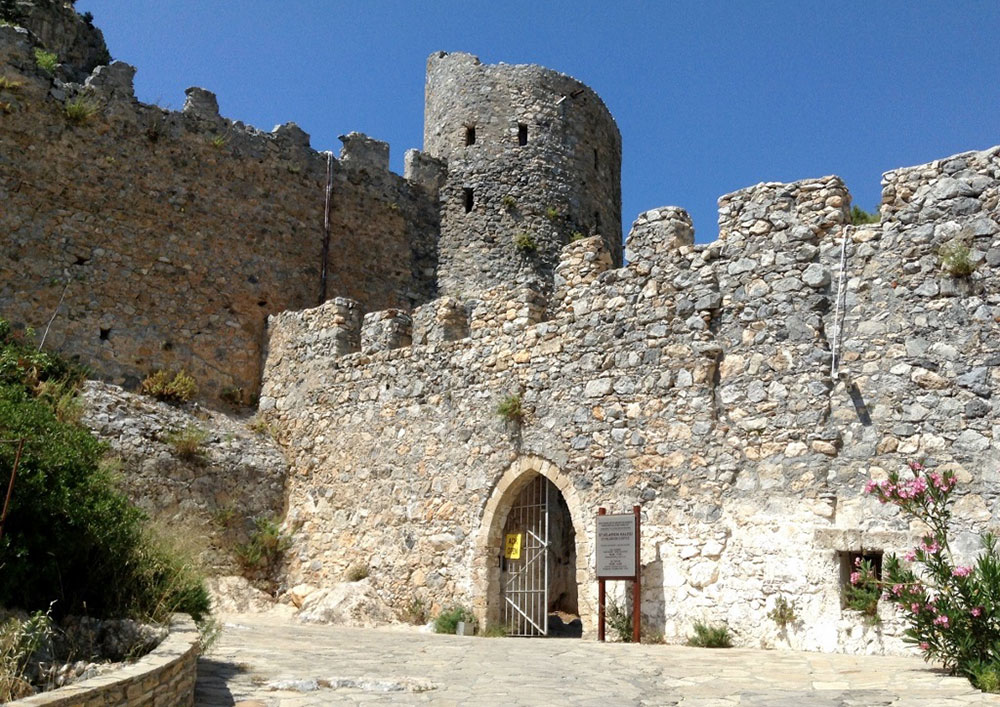 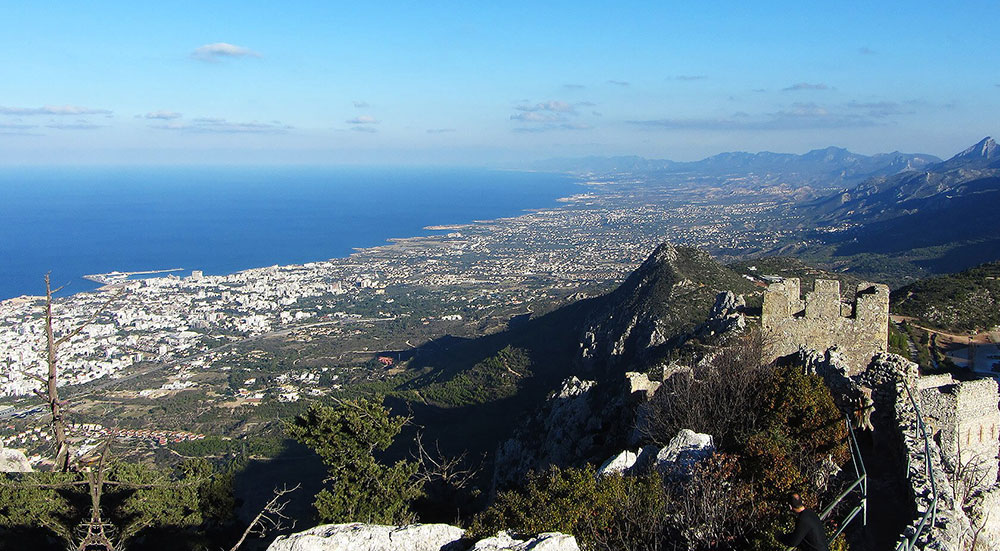 Usually there are mini-buses starting from Girne “bus station” (on Aşağı Ziya Rızkı Cadesi) going directly to Gazimağusa (lookout for the board on the buses saying “Mağusa”). After checking in with some people, I got to know that a lack of passengers forced the drivers not to take any buses to Gazimağusa. The next best option was to go to Lefkoşa (Nicosia) and then take another bus to Gazimağusa.

Luckily, the bus left soon, and after an hour, I was at the Girne Gate in Lefkoşa. From here, the next bus going to Mağusa was waiting and ready to go. Another hour and the bus ended at Itimat bus station just outside the walls of old city Mağusa, next to the Victory Monument.

It was late in evening when I reached my hotel in Gazimağusa, so wandered around the cobbled streets, grabbed dinner and called it a day!