After breakfast at the hostel in Larnaca, I walked to the Finikoudes bus stop heading to the airport to pick up my rental car. It takes about 45 minutes from here to the airport on bus number 428, and costs 1.50€.

It was a simple and quick process to pick up my car. I used EuroCar that costs 186€ including full insurance for four days. The higher costs is mainly related to different locations of pick-up (LCA airport) and drop-off (Nicosia city).

The plan for today was to visit some of the magnificent villages around Larnaca and end in Limassol. This is the route for today:

From the airport, I drove back to the hostel in old town (Skala neighborhood) to pick up my bags, and then headed out to my first stop of the day – Larnaca Salt Lake. The summer months dry up the lake replacing the water with crusty layer of salt, with heat waves bouncing off the white surface. 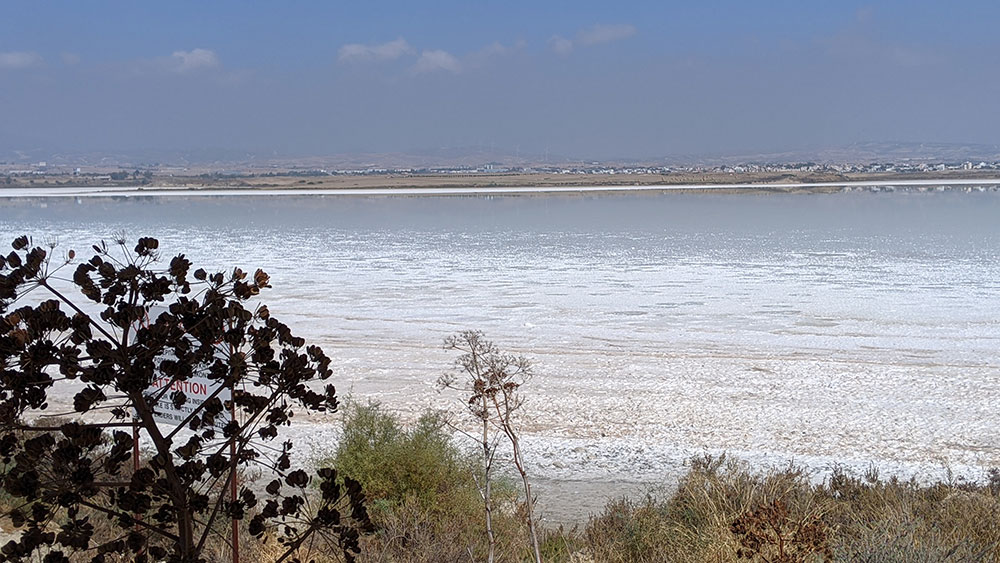 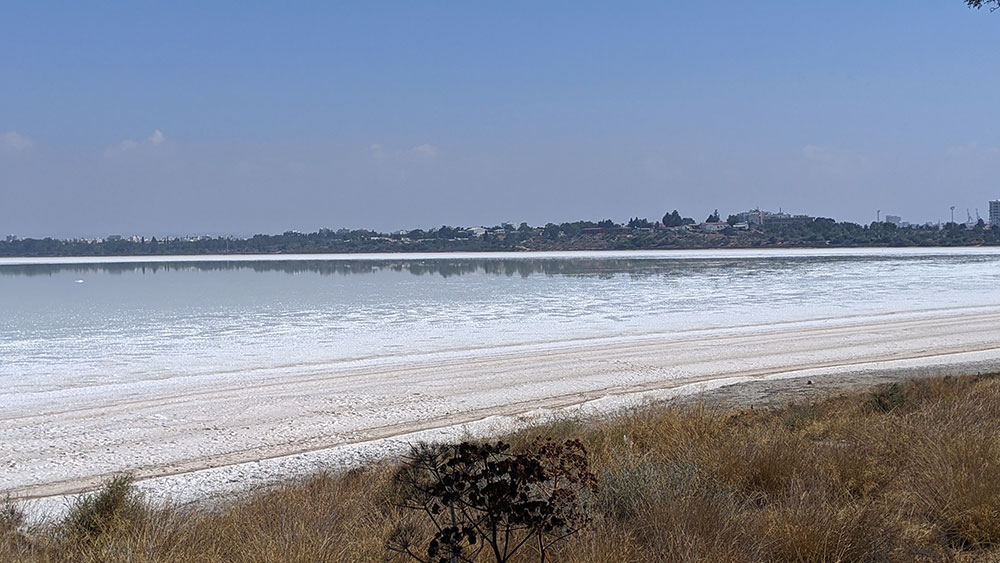 With not much to see at the lake, I headed out to the next pitstop – Kamares Aqueduct – Constructed around mid-1700s by Ottoman governor, the aqueduct originally ferried water from a source about 10km south and built to solve the freshwater problems of Larnaca. It remained in use until 1950s, and beautifully illuminated at night. The city also holds occasional open-air concerts on the lawns in front of the aqueduct. 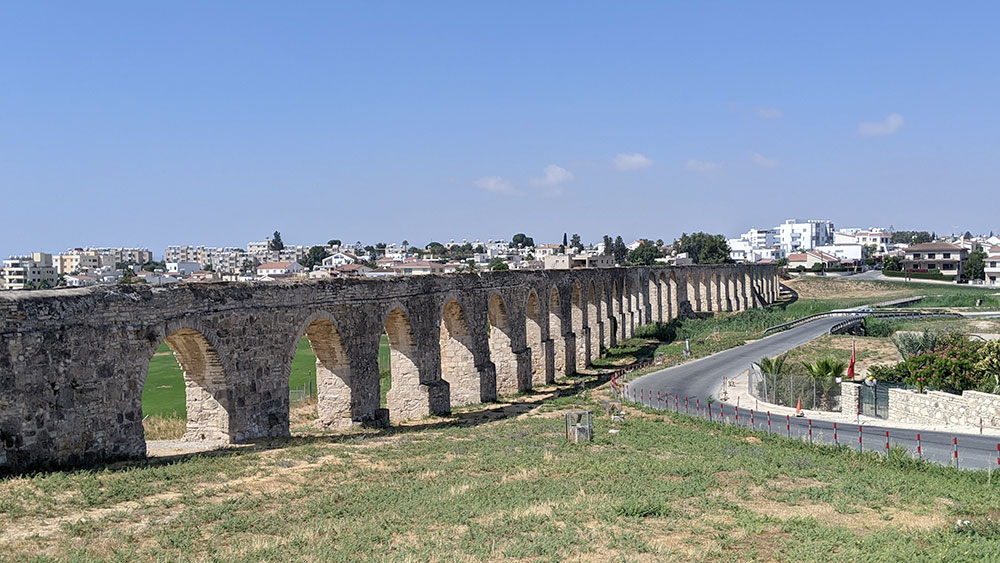 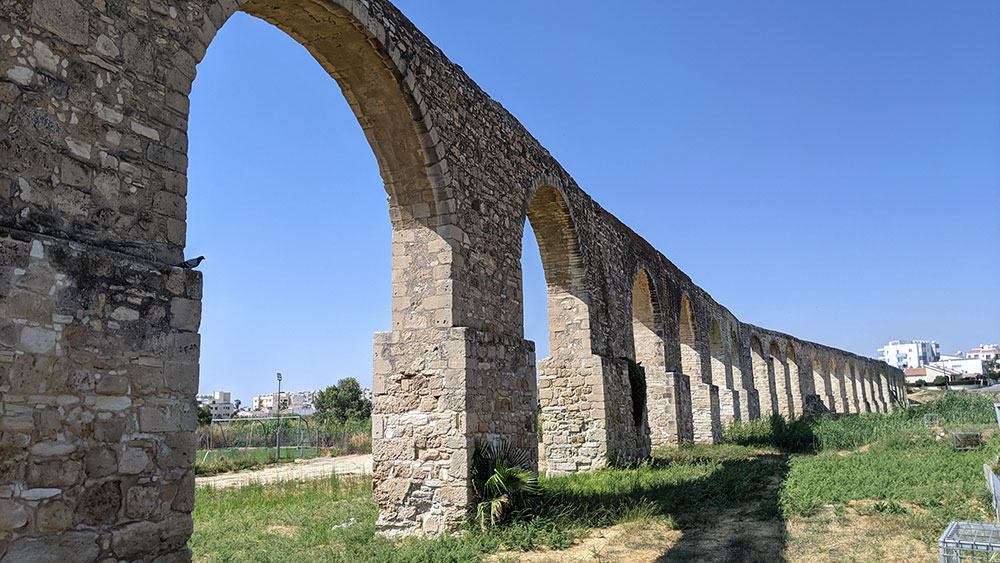 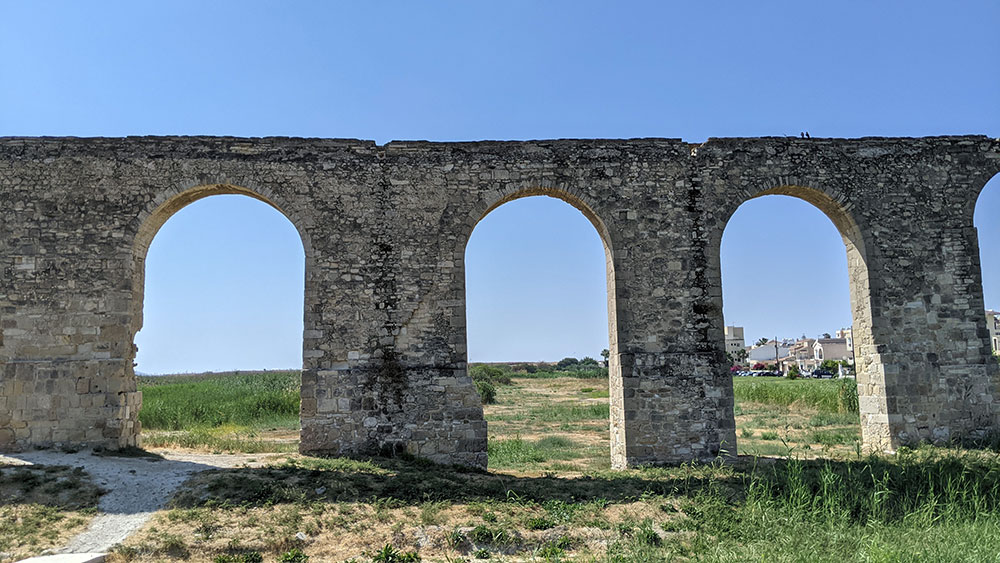 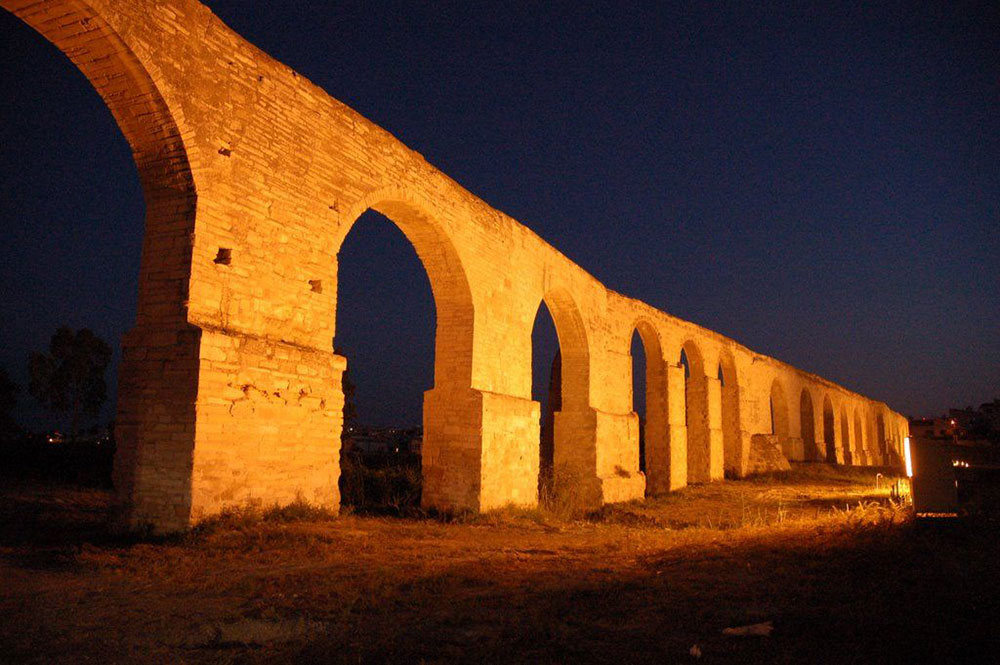 Hitting the road out of Larnaca city limits, I started out west to the small village of Kiti. Located about 10km southwest of Larnaca, this village is home to the 11th-century domed cruciform church of Panagia Angeloktisti (meaning ‘Built by Angels’). The church is home to the extraordinary 6th-century Mosaic of Virgin Mary, discovered in 1952, that portrays Mary standing on a jeweled pedestal with baby Jesus in her arms, bordered by archangels Gabriel and Michael. 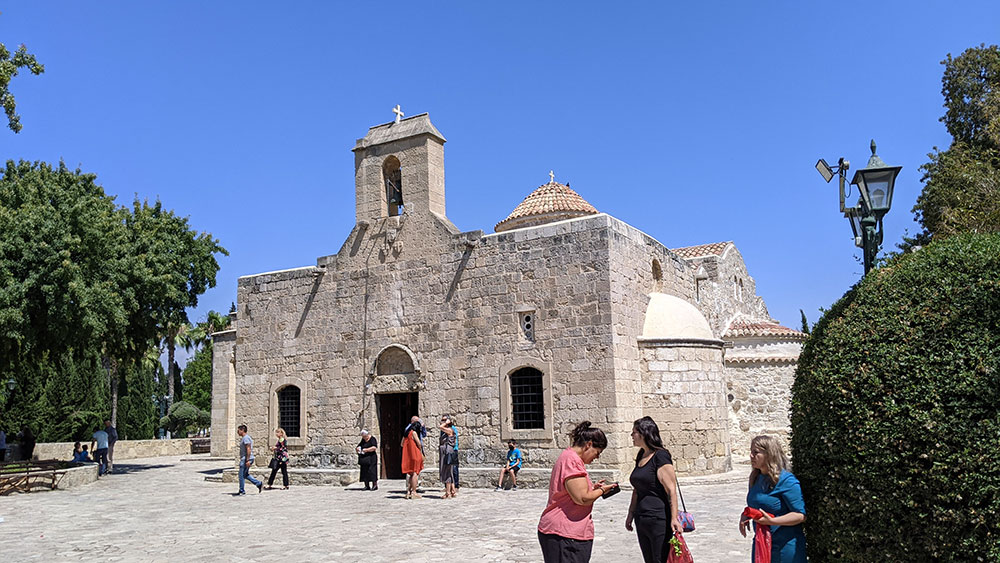 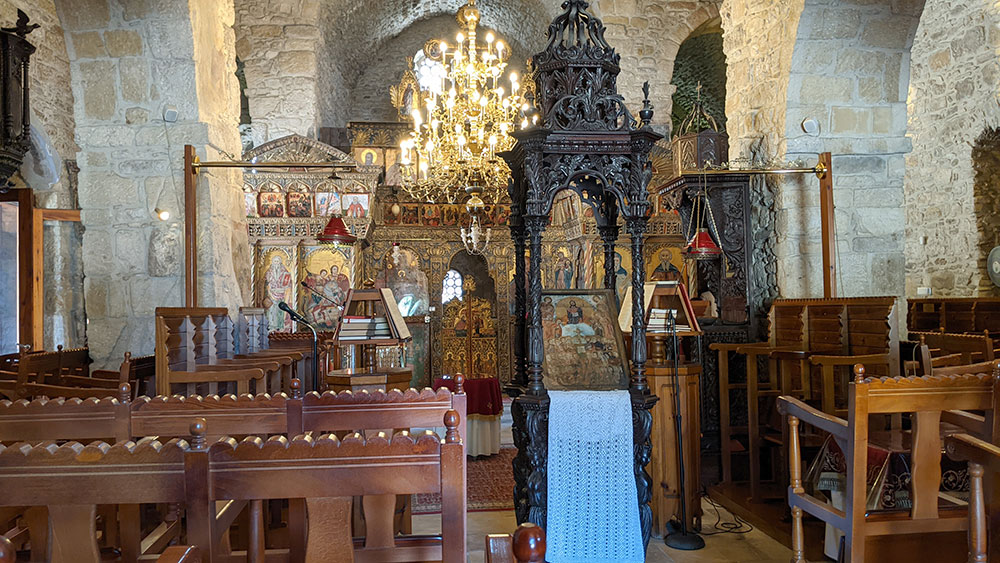 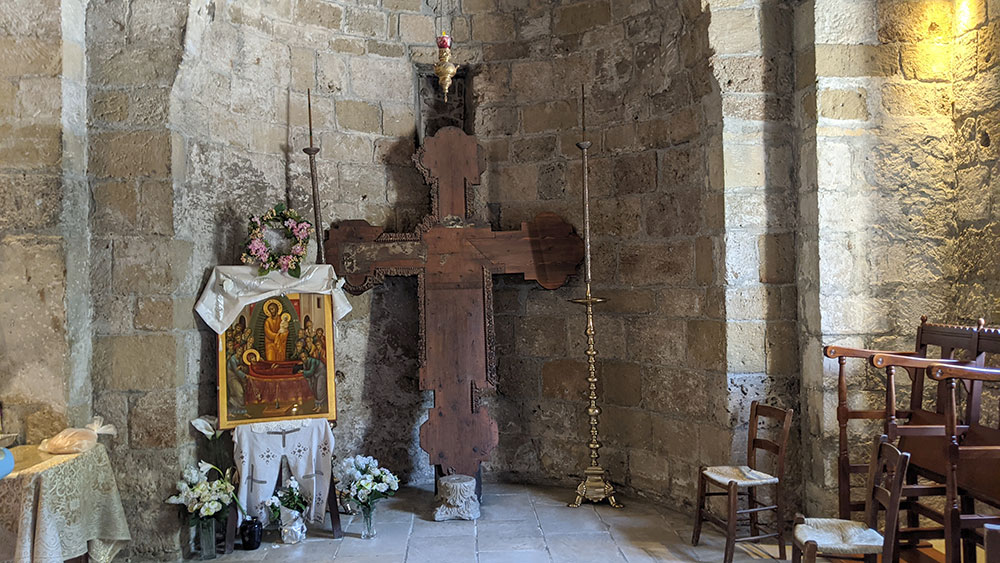 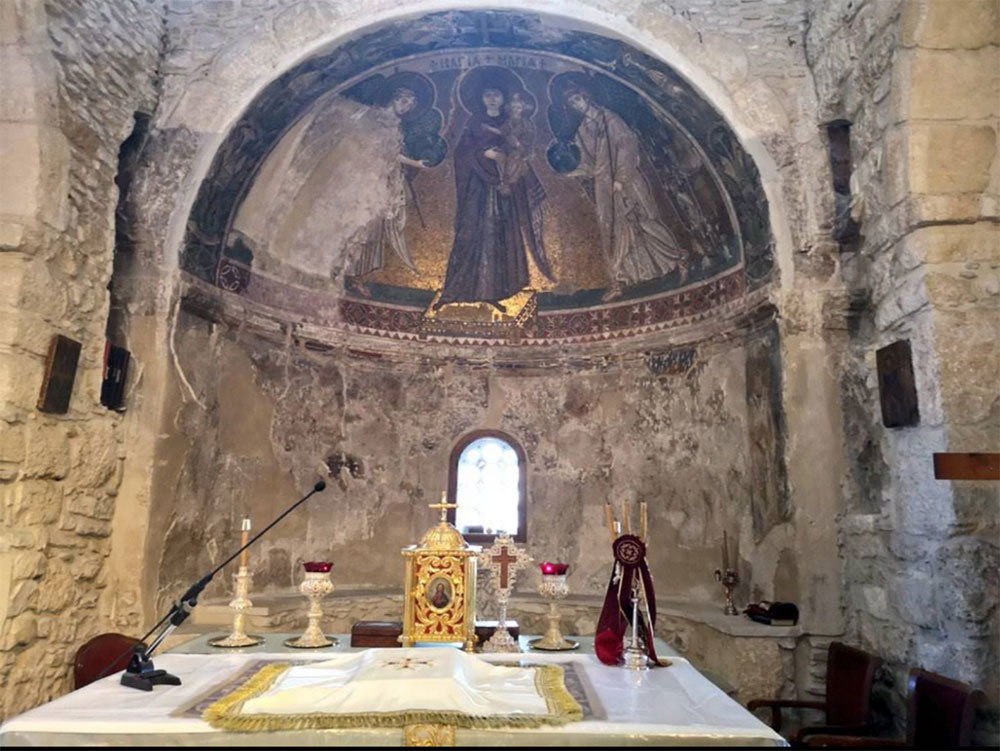 About 25km southwest from Kiti is the small village of Maroni. On the way you can stop over at the Mazotos Camel Park (website) that costs 6€ entrance and different prices to ride the camels.

I did not stop here, but headed straight to Maroni. Mornings in this sleepy village on a weekend paved way for empty streets and closed stores and restaurants. 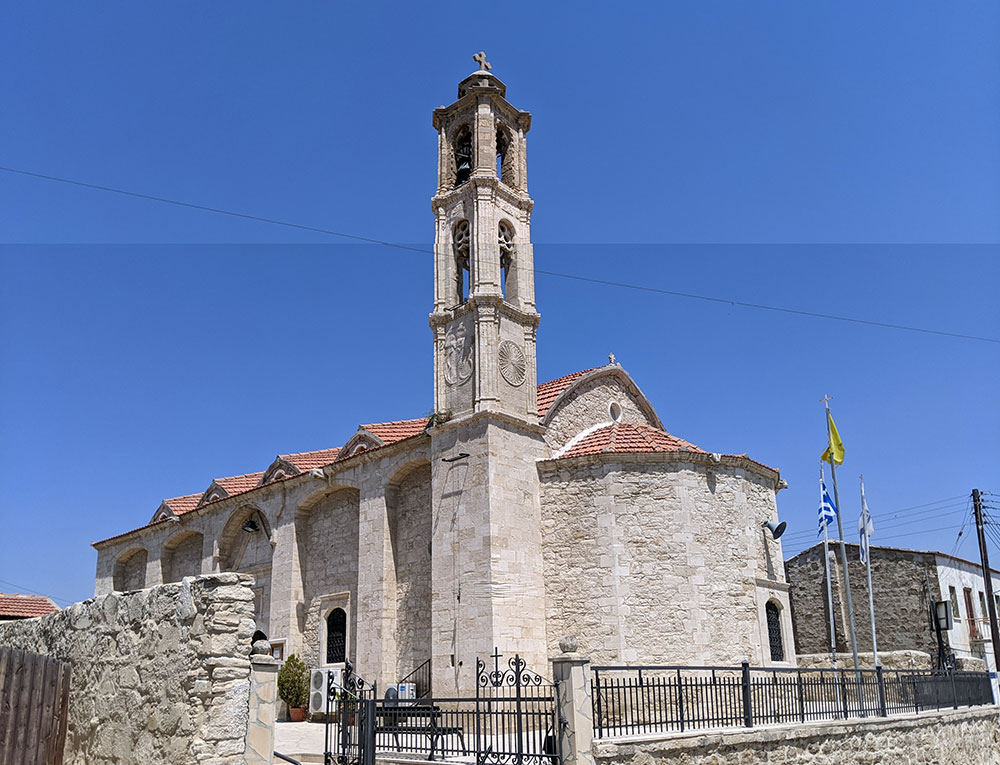 A quick stopover at Maroni, and headed back on the road to Kato Drys, a stone village full of quaint balconies! 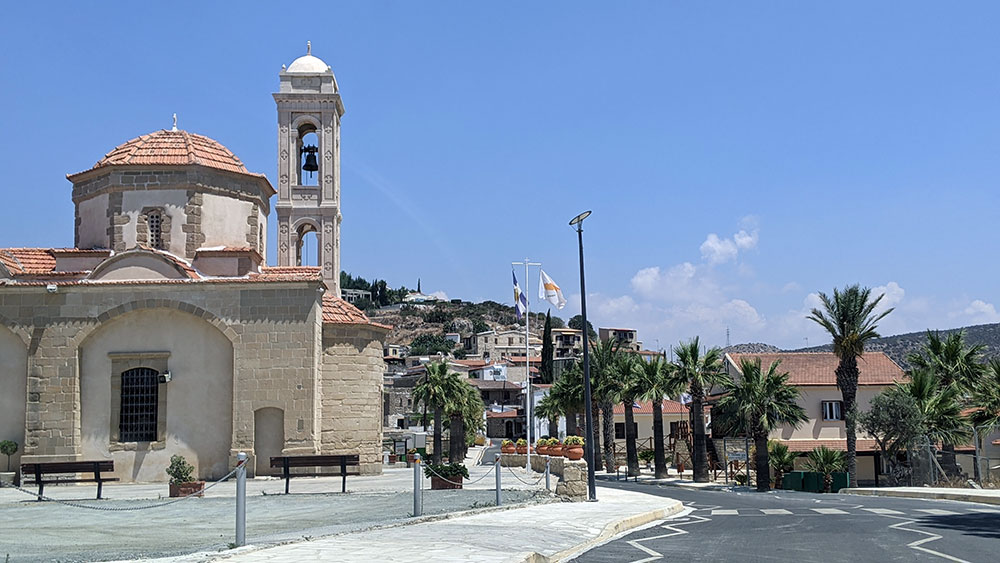 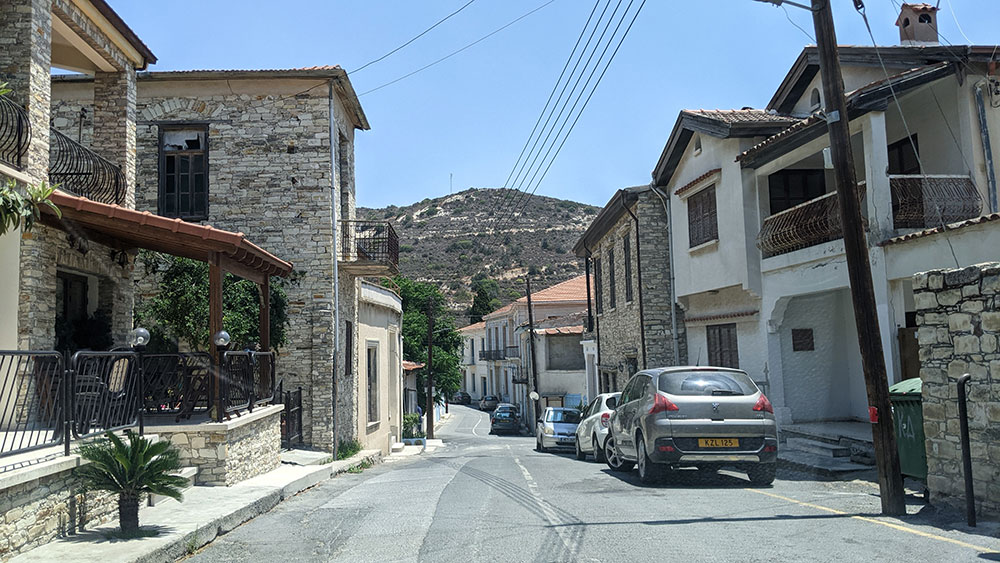 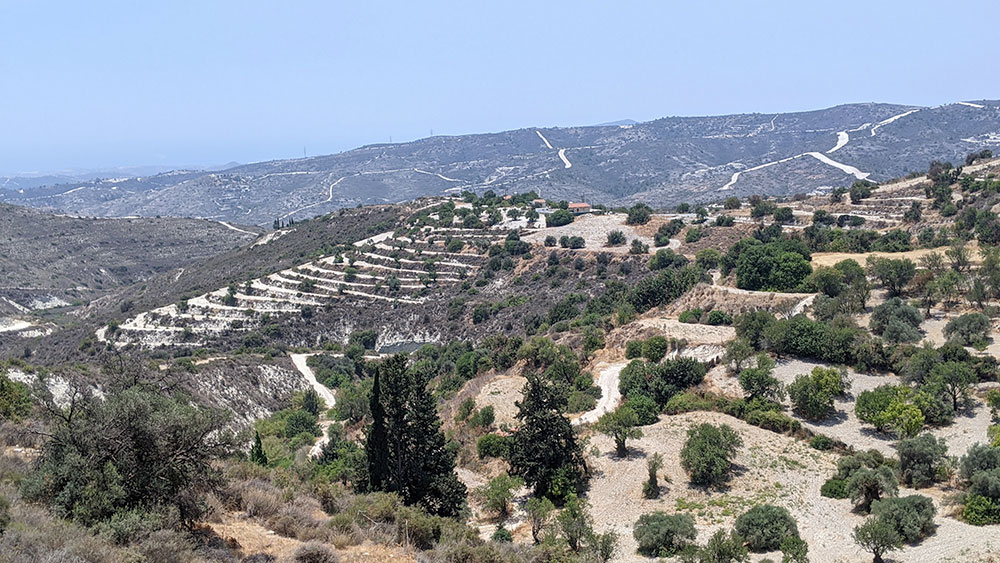 Last city on this drive was Pano Lefkara – a mountain village well-known for the fine silverwork and exquisite lace produced by the village women. The narrow, cobbled streets are lined with fine Venetian-style merchant houses disappearing in dead-end alleyways and hidden courtyards.

This was a perfect place to have lunch, so I parked the car at Church of the Holy Cross (free, limited parking), and walked around this gorgeous village for about two hours. 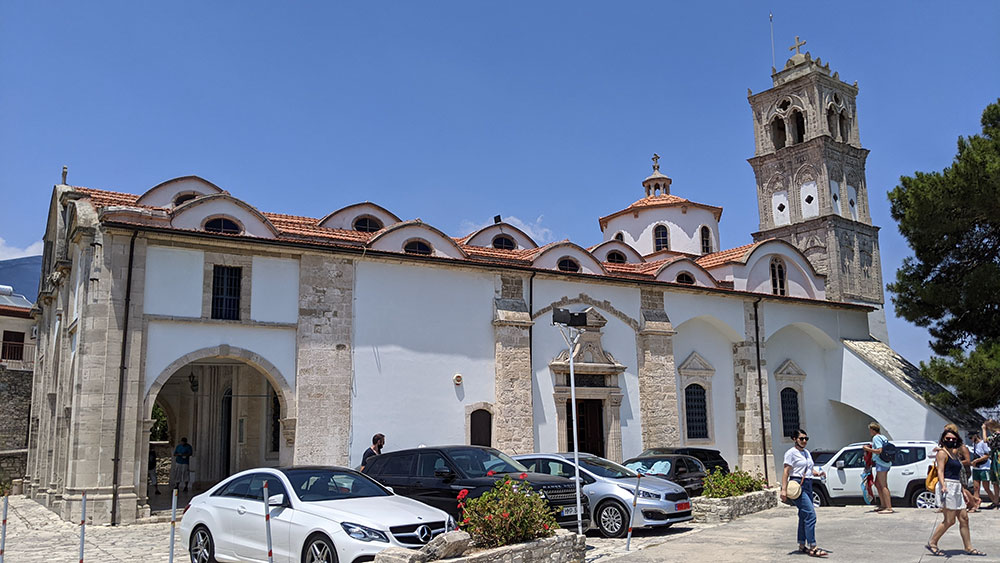 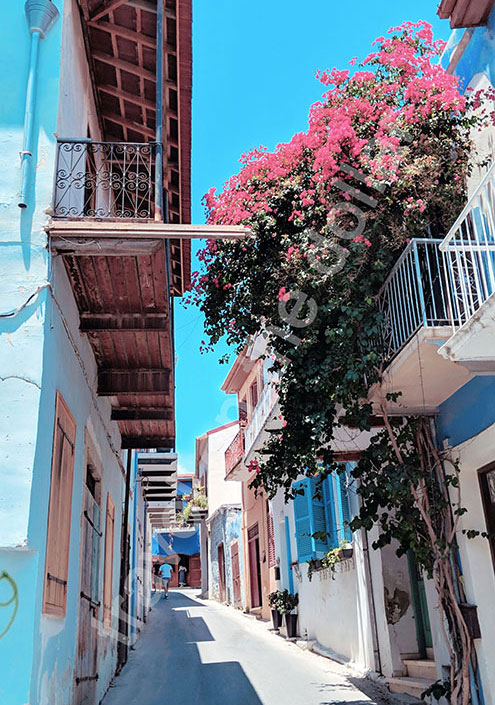 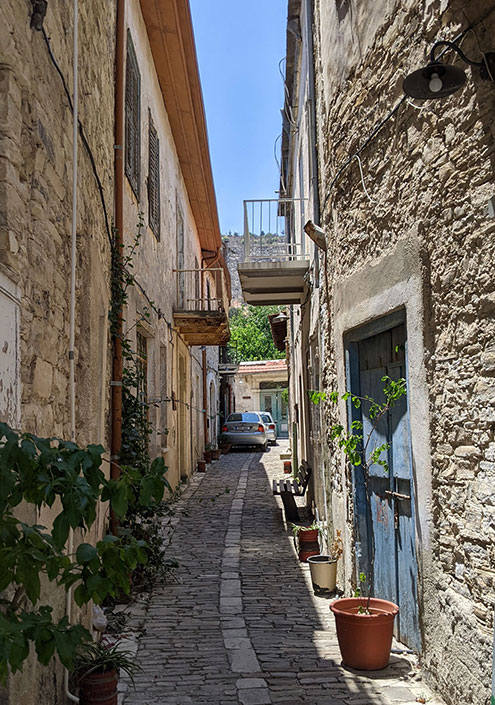 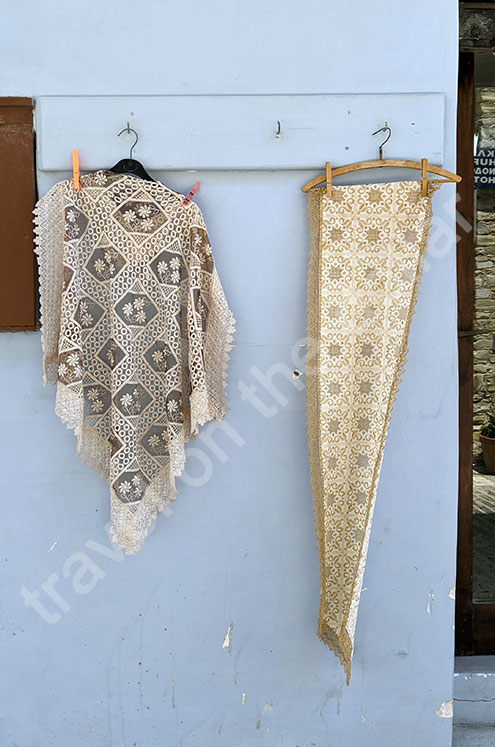 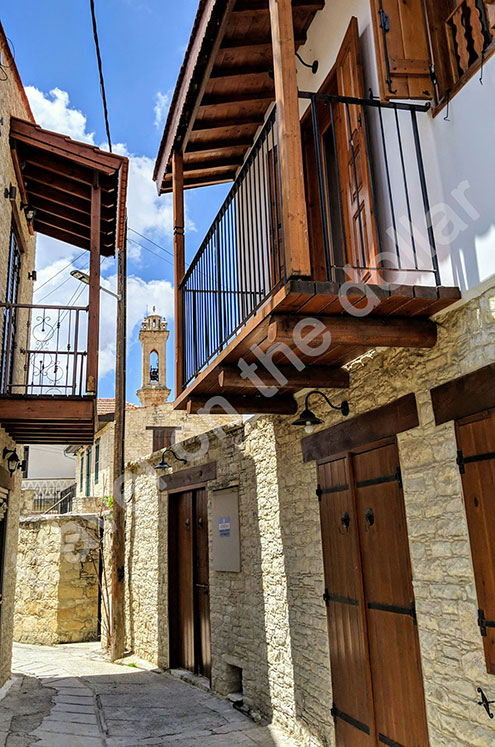 And the last stop was Stavrovouni Monastery. Located at 668m high at the mountain of Stavrovouni, this monastery is revered as the oldest on the island and said to hold a piece of the Holy Cross, brought by St Helena upon her return from Jerusalem in AD 327. Today this fragment is preserved in an ornate 1.2m solid silver inside the church.

Note that taking video or pictures inside the grounds of the monastery is strictly prohibited and enforced by the monks. 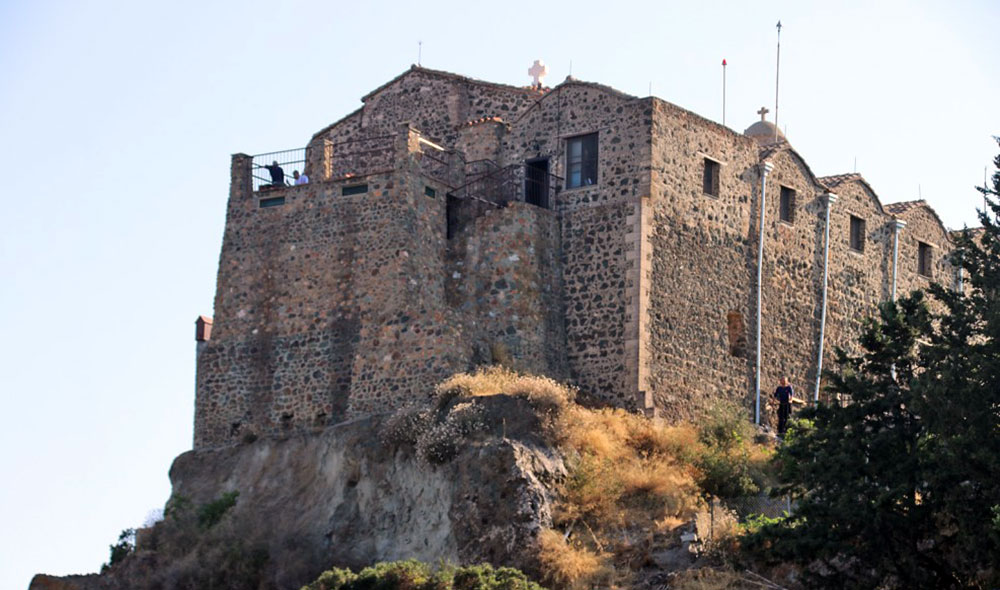 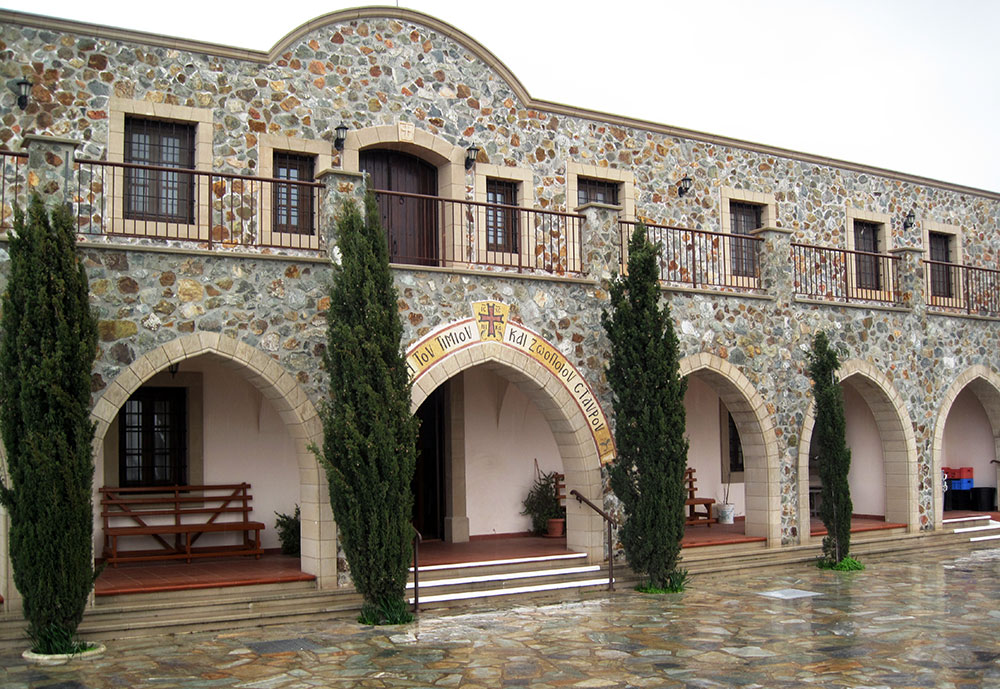 Winding down to the coast, I ended up driving to my hotel in Limassol. Checked-in, had a quick nap and headed out for some dinner around the corniche, before calling it a day. 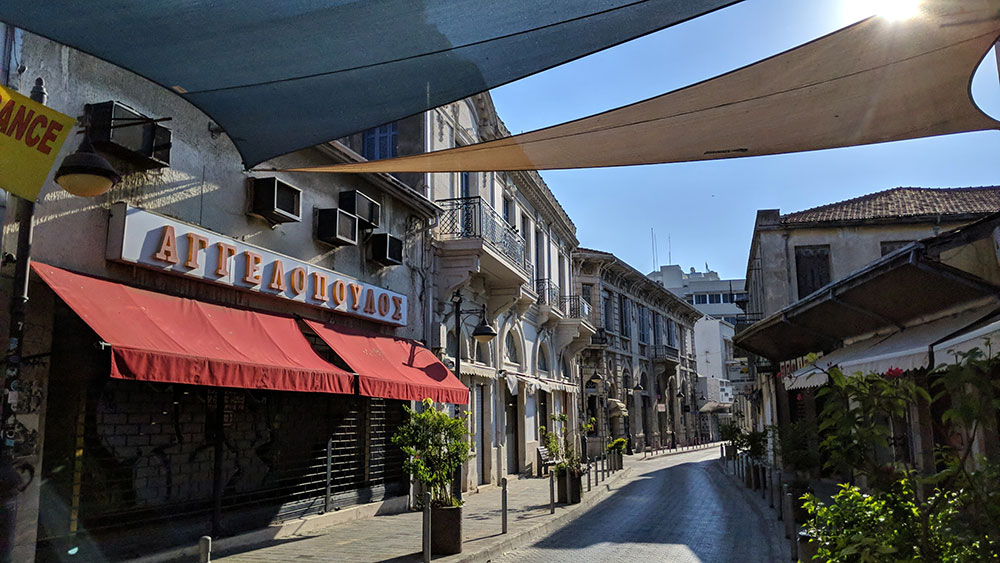 Arriving in Larnaca. Old town and around.