My last day in Cyprus was mostly spent traveling from Northern Cyprus to the south side, and reaching Larnaca by end of day. I had breakfast at the hotel in Famagusta, then considering the irrational timings of the buses in Northern Cyprus, I headed out to the bus stop.

Famagusta (Gazimağusa in Turkish) to Lefkoşa 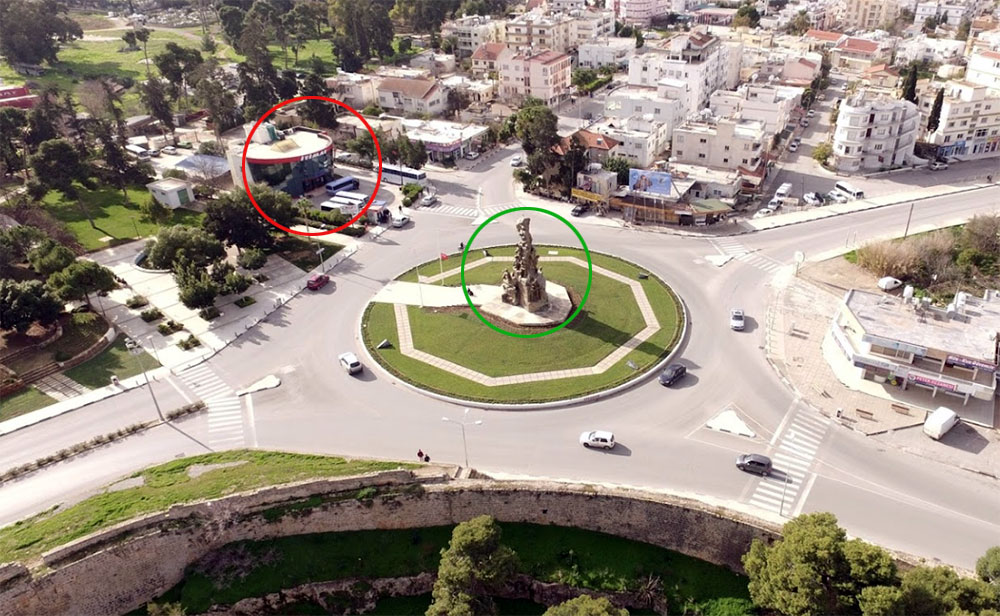 It takes about 1 hour to reach Girne gate in Lefkoşa. Although rates are posted in the bus, they can vary depending on the driver and the day you’re traveling on (weekends are charged more!) I paid TRY 15 from Famagusta to Lefkoşa.

Bus schedules are not fixed and vary depending on the number of people traveling. Most buses will start on time, but sometimes (especially during weekends) they wait for the bus to fill up a bit, before heading out. 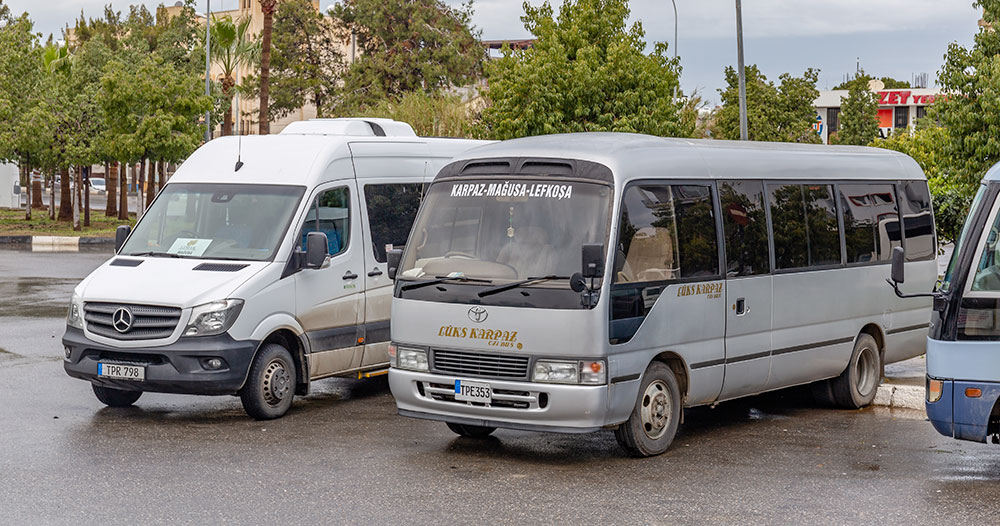 [Dolmuş and mini-buses in Northern Cyprus]

From Girne Gate in Lefkoşa, it was a 15 minute walk to the border control on Ledras street on the north side. If you had entered the island from the south side (mostly LCA airport), then you’d have got an entry stamp in your passport.

Crossing the border from the north side to the south side is a breeze. The Northern Cyprus authorities will check your passport, and let you go.

The authorities on the south side will check your entry stamp (to make sure you did not enter the island from the north side, which is deemed illegal by Republic of Cyprus), and visa (if applicable), and let you through. 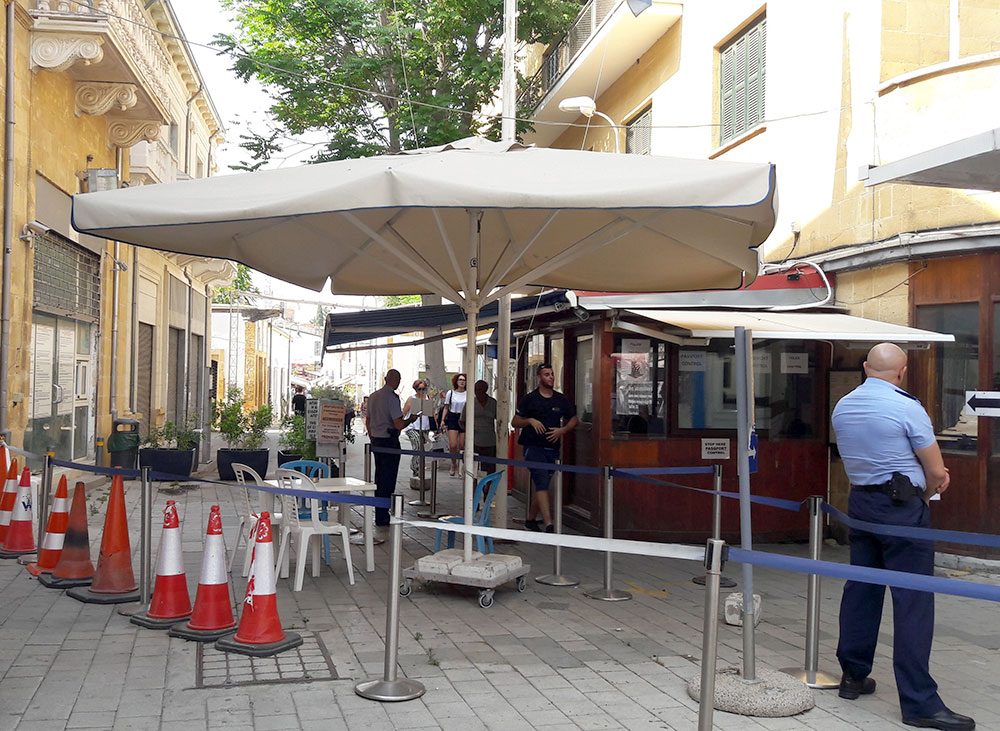 [Ledras street border crossing on the south side] 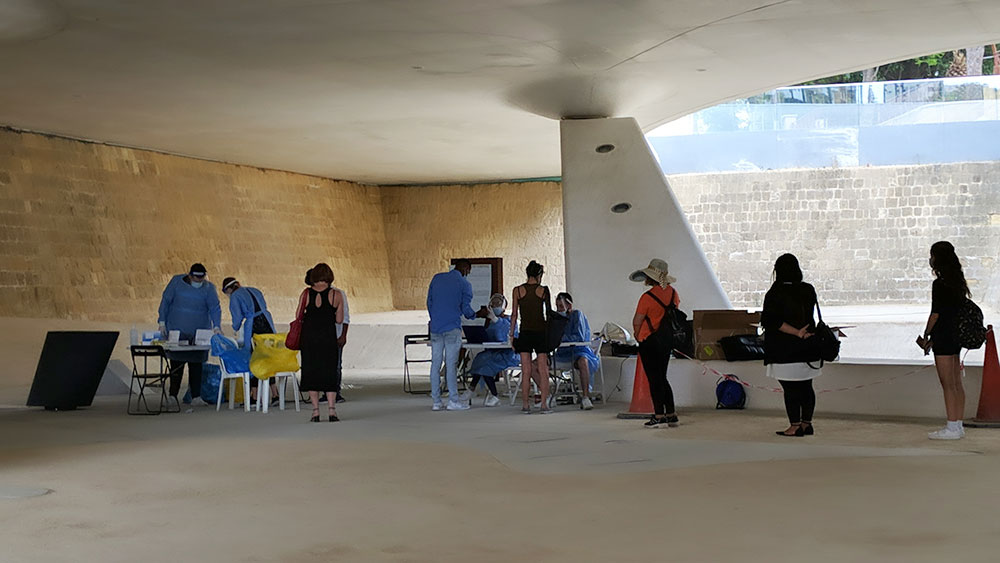 It was past noon when I got my test done, and because of a Saturday the bus between Lefkosia and Larnaca were limited. So I stopped by a restaurant on Ledras street for lunch, and took the 1pm InterCity bus to Larnaca.

InterCity bus runs between major cities in Cyprus on the hour, sometimes even 30 minutes apart (check their schedule on their website). It takes 1 hour to reach Larnaca from Lefkosia, and costs 4€ one-way. The bus leaves from the Central Bus Station on Solomos Square, next to the southern walls on old town. 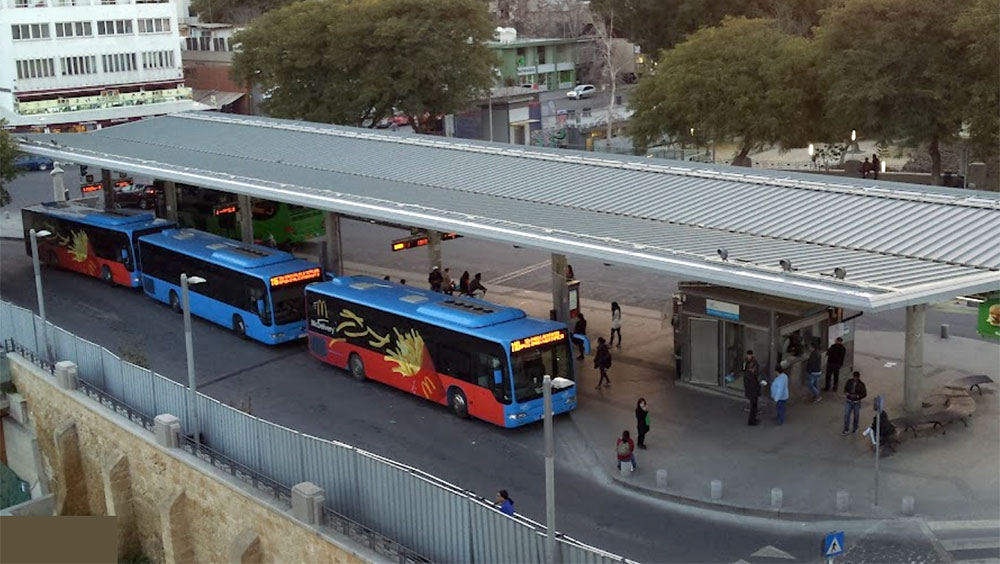 The bus dropped me to Finikoudes beach bus stop, and my hotel was about 2km from the bus stop so caught a taxi (it being 40C outside!) to the hotel. Melting heat made me stay inside for most of the afternoon; and a walk by the beach, and dinner later, I called it a really early night because my flight was departing at 3:30am next morning.

Bus 428 don’t run that late in the night for me to reach airport, so booked a taxi through my hotel. It costs 15€ for a 7km drive from old town Larnaca to airport at midnight!