Woke up on Wednesday morning with a swollen red eye, yet got ready on time and headed out for a much-needed coffee. We wanted to have a one last experience of the haunting Sea Organ before we head out of Zadar, so we decided to sit in the cafe right behind the promenade of the Sea Organ. The weather was a nice 25 deg. C and sitting at the cafe listening to the waves hitting the Sea Organ was quite an experience.

We headed back to the apartment, checked out around 10:00am and on our way to the Zadar Center just outside the fortified Old Town near the footbridge. It was in about 5 minutes that the next Bus #2 was there and we reached Autobusni Kolodvor (Bus Station) in about 15 minutes. There was no one in line at the bus station, so after purchasing the tickets for the next bus (HRK 95 per person, 4.5 hours), we decided to grab a sandwich before we board for the next leg of our tour. The bus was there at the station at 9:50am and it was out at exact 10:00am.

Instead of taking the highway A1 to Split, the bus travels on highway 8, along the coast line stopping at various towns for 10 minutes each; sometimes even in between to pick up or drop off people. Highway 8 is a single lane road on each side and well-maintained throughout, except for some minor construction work in between. If you are driving further south to Dubrovnik from Zadar then we would recommend taking the freeway A1 to Split where it ends and then taking the highway 8 on to Dubrovnik. Although the views of the Adriatic Sea are awesome all the way on highway 8, the best views and towns that you might stop over (if driving) are between Split and Dubrovnik.

After making some 5-6 stops in between, we were in the port city of Split in exact 4.5 hours. Autobusni Kolodvor (Bus station) at Split is about 5 minutes walk from the Riva (promenade) and Diocletian’s Palace. The bust station and ferry dock are next to each other and if you’re staying in the fortified Old Town (Diocletian’s Palace), then just walk right from the bus station (if you’re facing the sea) and within 5-7 minutes you’ll be at the Riva.

We were received by our host at House of Sandra apartments. It was a 12 minute walk from the bus station to the apartment. We had booked the Room P1 which was a beautiful two single-bed, one bath apartment with kitchen and all the basic facilities, including Wi-Fi. It’s a 7 minute walk from the Riva up on to Kralja Zvonimira.

It was a beautiful 24°C day in Split and we walked over to the Riva soaking in the majestic promenade with beautiful views of the Split port where all the ferries dock. This is the main sea-side promenade lined up with restaurants and cafes and also has one gate entrance to the Diocletian’s Palace. The Tourist Information Office is on the Riva along with some consulates and embassies of European countries like Italy, United Kingdom, Netherlands, etc.

We were tempted to walk in the palace but we wanted to do a whole walking tour and sun was going to set soon, so we decided to keep that for the next day. Walking past the TI office and consulates, we headed to the main “square” or street called Marmontova (outside of Diocletian’s Palace), over to the Croatian National Theatre (Croatian: Hrvatsko narodno kazalište).

Right next to the Croatian National Theatre is the Franciscan monastery (Croatian: Franjevački Samostan), which had a beautiful painting of Christ along with the zodiac signs and peasants worshiping the lord.

Walking past the Marmontova, we decided to stop over at the Art Gallery (Croatian: Galerija Umjetnina), which was founded in 1931. There is a permanent exhibition of paintings and sculptures from the XIVth century to the present day. From time to time contemporary artists exhibit their works. Because of their artistic ex ellence one should mention the works by Andrija Alesi and Juraj Čulinović from the XVth century, by Andrija Medulić from the XVIth century, by Matej Poncun and Frederik Benković from the XVIIth century and the paintinqs of the Gothic Renaissance an Baroque Venetian masters. Valuable icons from the XVth to the XIXth century are on display. Of special importance are the icons from the period between the XVIIIth-XIXth century which were painted by masters from Boka Kotorska. The most numerous works are those of the Croatian artists Bukovac, Medović, Desković, Meštrović, Vidović and Job. Hours: Monday 17:00-20:00; Tuesday-Saturday 10:00-13:00 and 17:00-20:00; Sundays and holidays closed. Price: HRK 20 or $4. 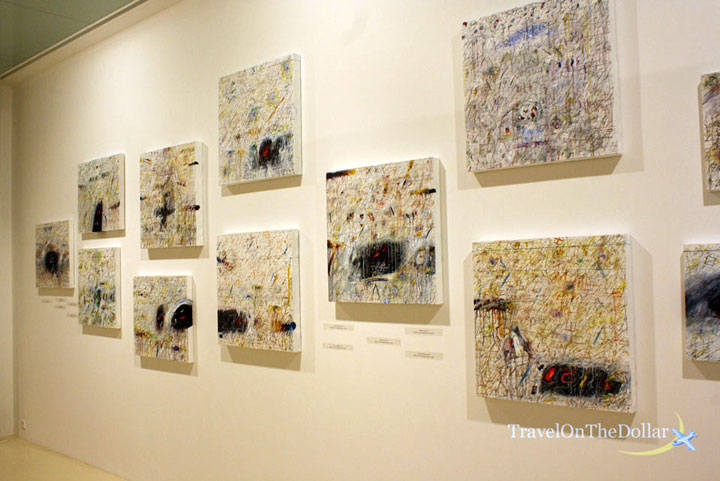 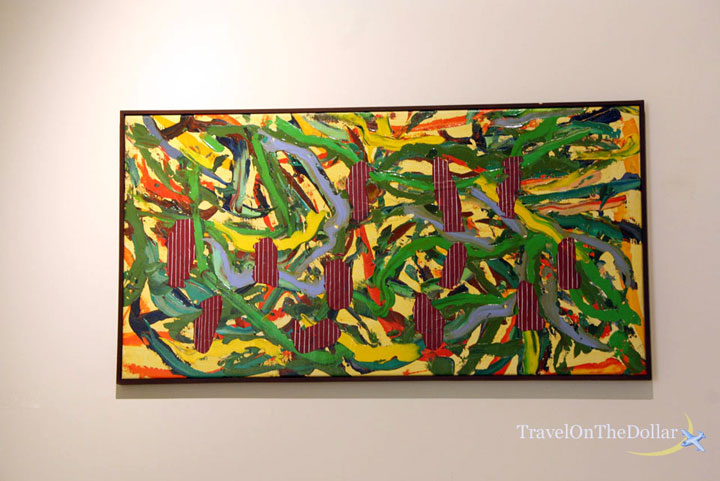 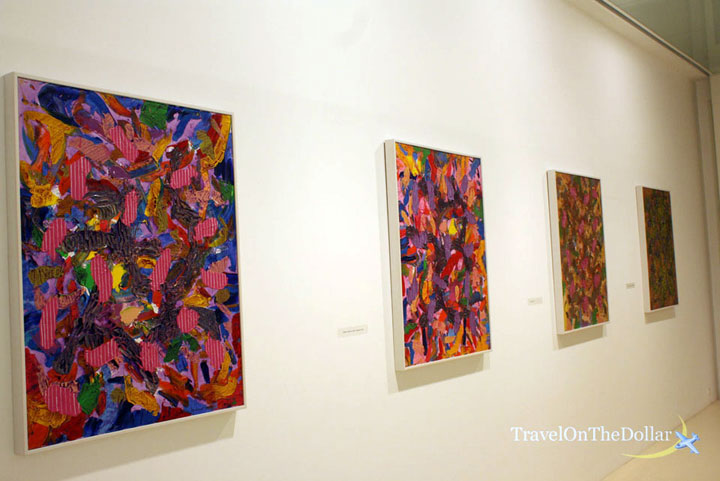 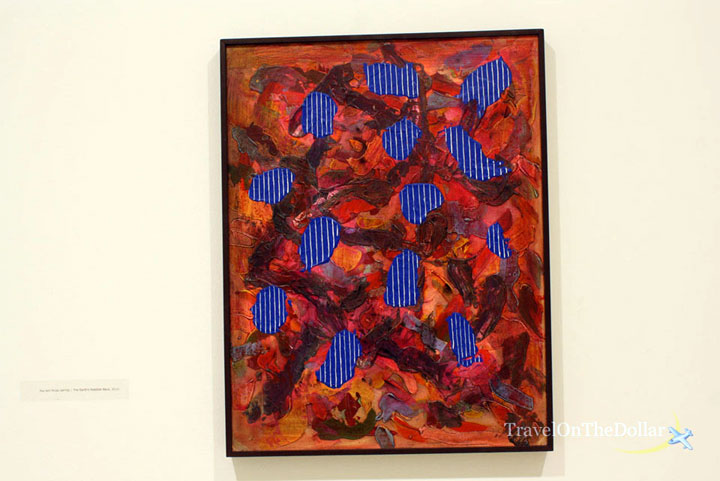 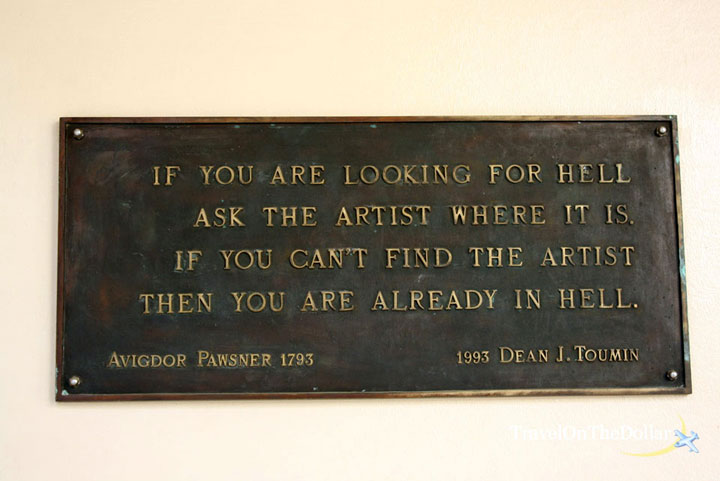 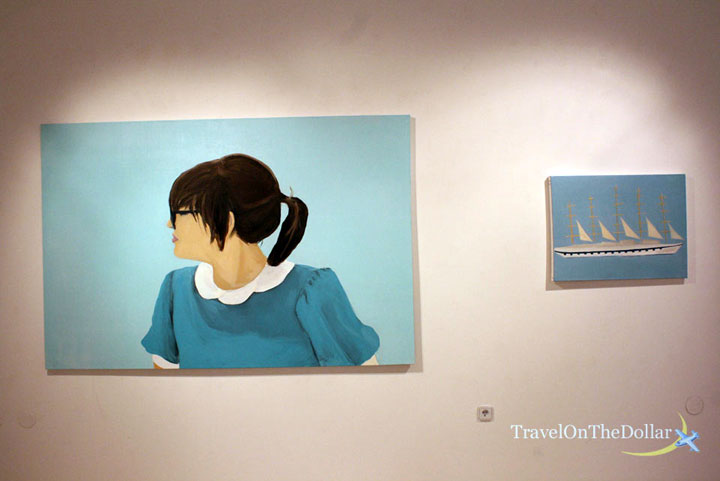 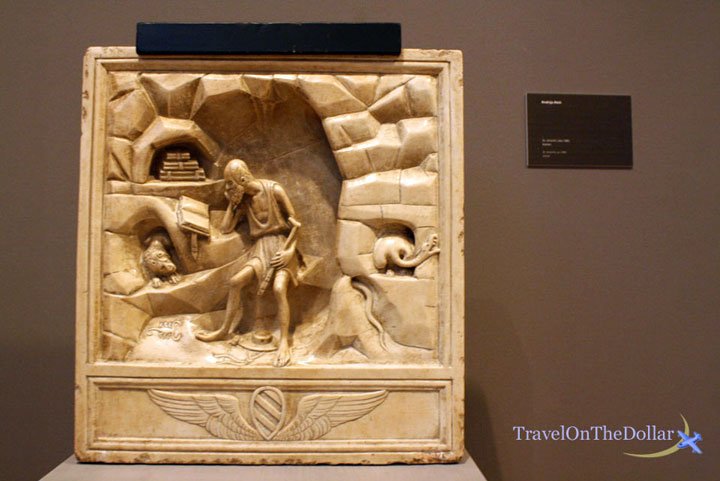 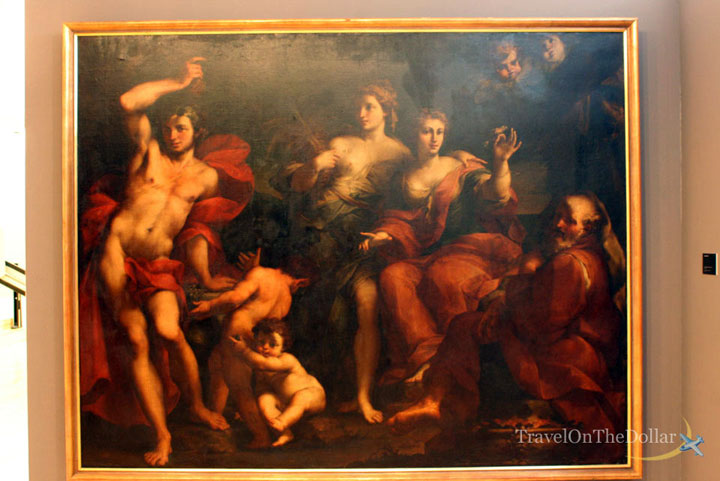 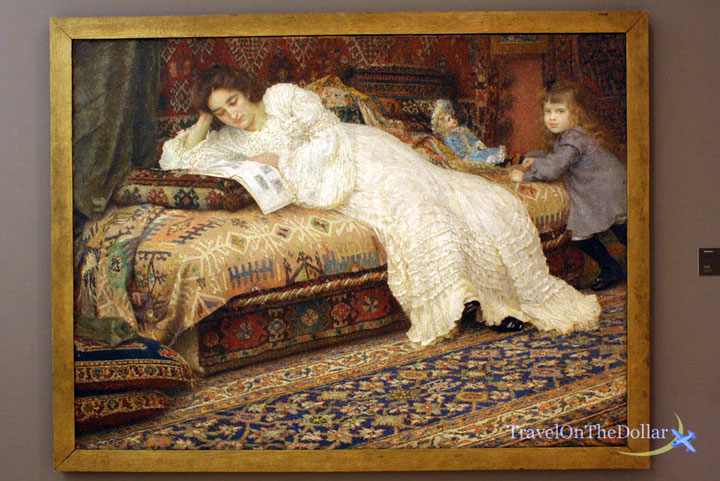 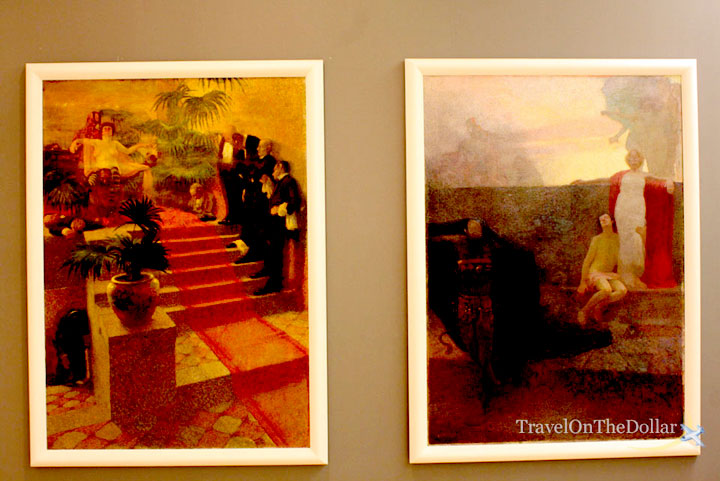 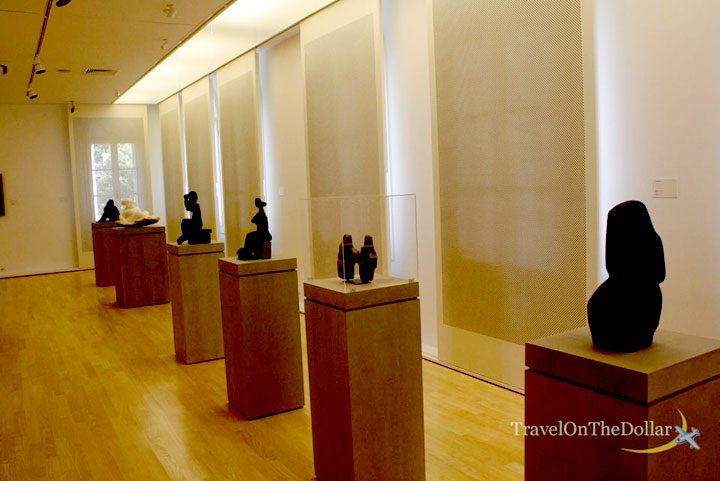 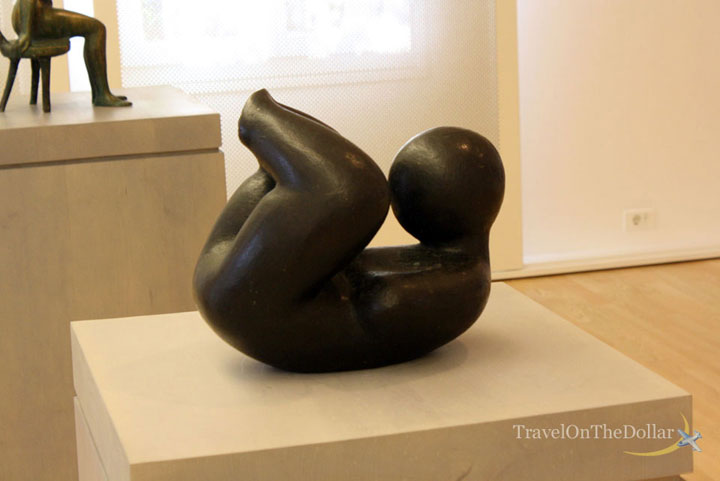 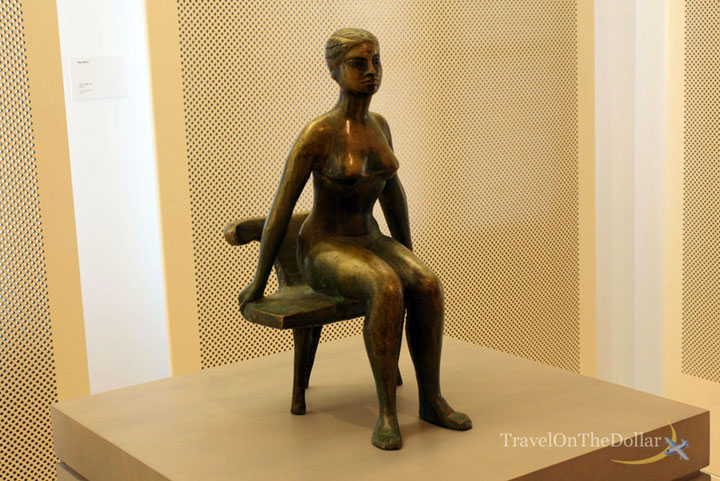 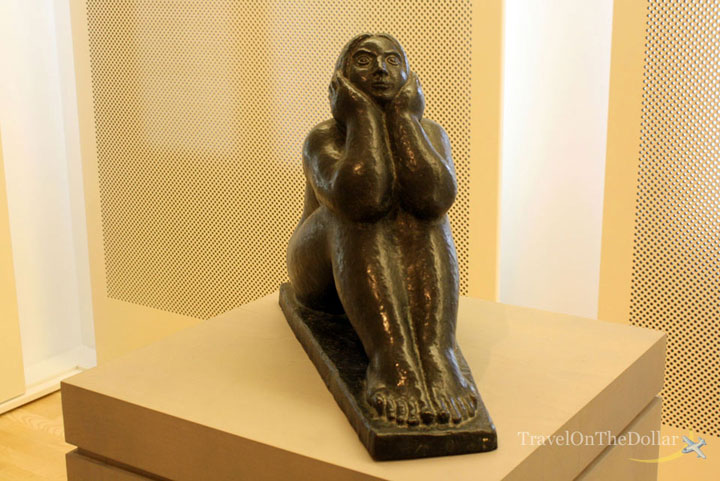 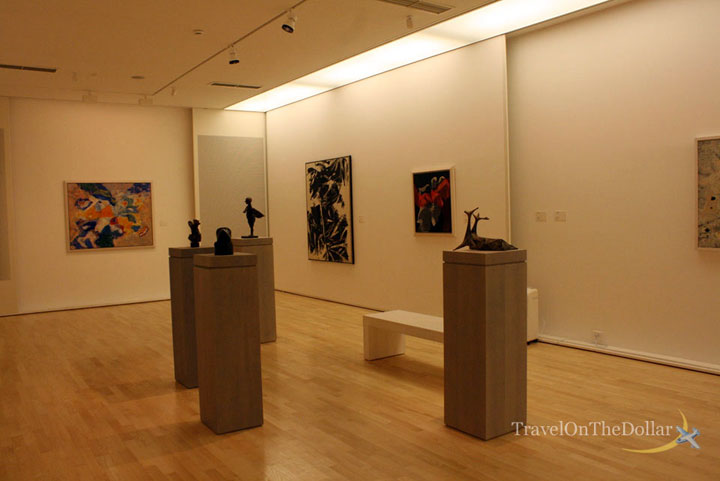 After spending some time at the Art Gallery, we headed back to the Riva for some coffee, then a walk home to freshen up and back at Riva just before the sunset. As the sun sets, the lights at the promenade go on and one can see the most stunning views of the port and the Riva during the night time. Walking around the Diocletian’s Palace offers some breath-taking views of the Palace tower and walls.

Split, being a port town, is busy with hundreds of tourists that alight from the ferries from various Croatian and Italian towns, especially on weekends.

We walked up the Riva to the Šperun street for dinner at the Šperun restaurant. This is one of the most recommended places to eat by several guides. The sea food is considered amongst the best you will find in Split.

A walk back to the Riva and after some Tiramisu ice-cream, we called it a day and headed back to our apartment.