It was a beautiful Tuesday morning in Zadar, although my eye was more red than the day before. Having tried Visine in the eye and no results, I decided to go to the hospital’s emergency services. The pharmacy told me that the nearest hospital was on the other side of the town, about 20 minutes walk. So we crossed over the footbridge and walked around the narrow streets in the main city to reach the hospital.

All the signboards in the hospital were in Croatian and there was not a single human being whom we could have asked for the doctor’s office. That is when Google Translate app came handy – all I had to do was type in the Croatian text and got them translated in English. This is how we could figure out what was where in the hospital and eventually found the emergency services room. There were 2 lady doctors and 2 nurses sitting there, gossiping! I explained my condition to a doctor who didn’t speak English, but lucky for me a nurse did. She diagnosed my red eye as conjunctivitis, wrote a note and asked me to go to another hospital at the other end of the Old Town that had a eye specialist.

We walked back to the Old Town, past the small streets on the other side and reached the hospital. Again, everything in Croatian and no one spoke English. We bumped into a old lady and just showed her my eye. All she said was “follow me” and lead us to a Russian-era style building and in to the doctor’s office. We thanked her and waited for our turn to see the doctor. In about 10 minutes, I was in there. A 5-minute checkup and I was out with a prescription.

Walking back to Old Town, I picked up the eye-drops at the pharmacy and headed straight to a cafe for some much-needed Bijela Kava (Cafe Latte).

Now we were all set for the first site of the day – Archaeological Museum (Jun-Sept 9am-9pm all days; Oct-May 9am-3pm Mon-Sat; Price: adults HRK 15, students & seniors HRK 10; add HRK 3 for expert guidance). The museum was founded in 1832 making it the second oldest museum in Croatia, and one of the oldest in this part of Europe. As the state museological institution it covers the area of the District of Zadar, together with the islands of Pag and Rab. Several departments exist within the museum: the Prehistoric Department, Roman Department, Medieval Department, Underwater Archaeology Department, Education Department, Conservation-Restoration Department, Library Department, as well as the Museum of Nin Antiquities. 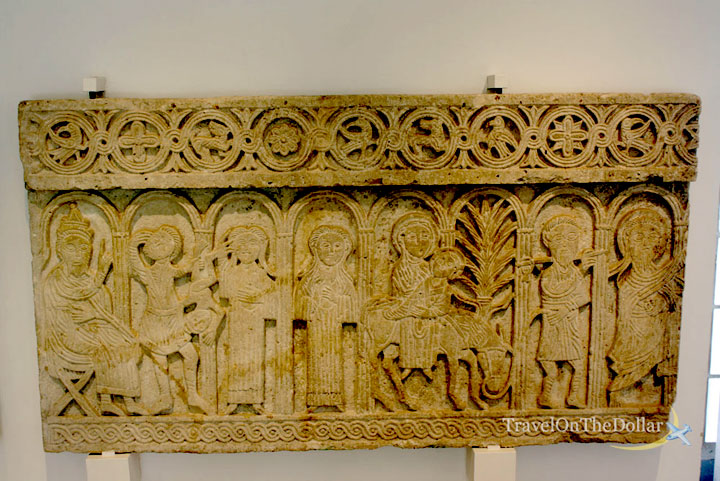 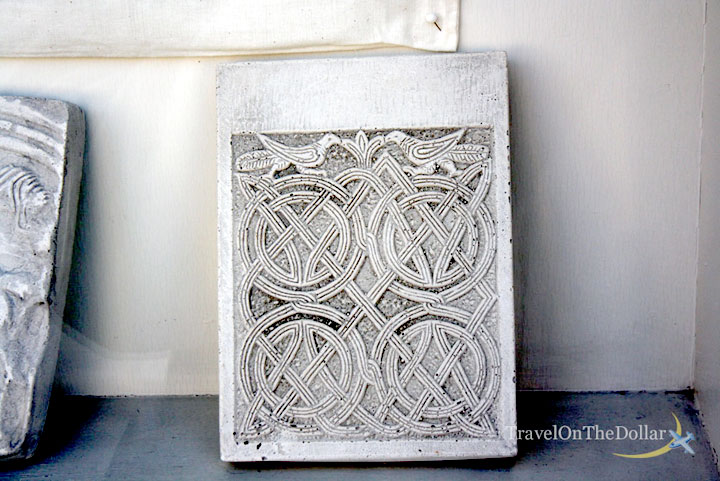 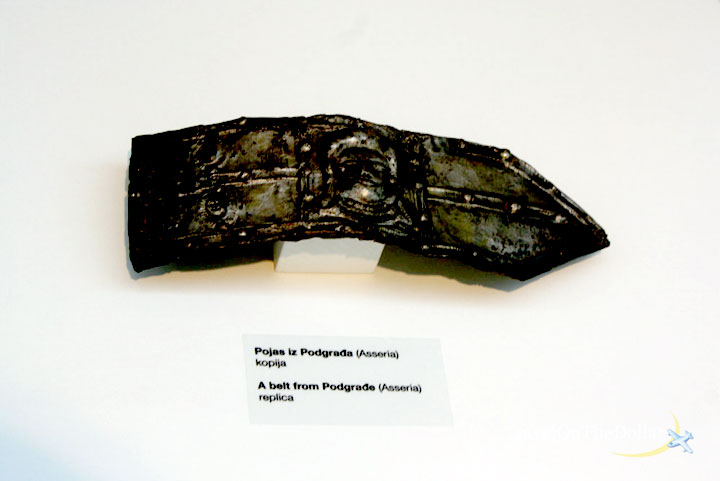 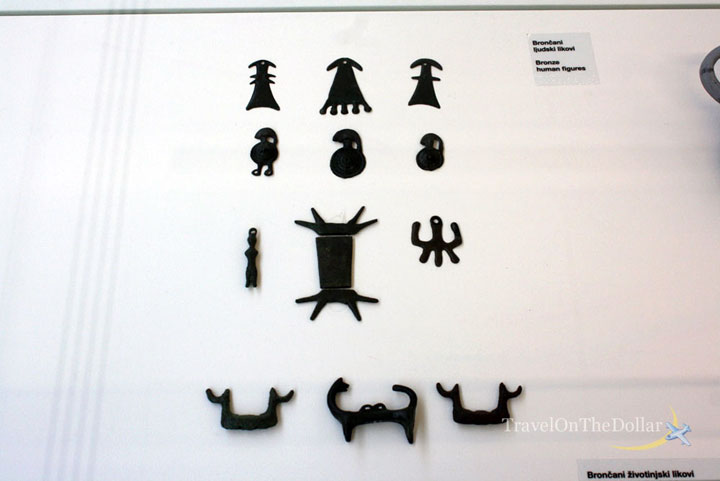 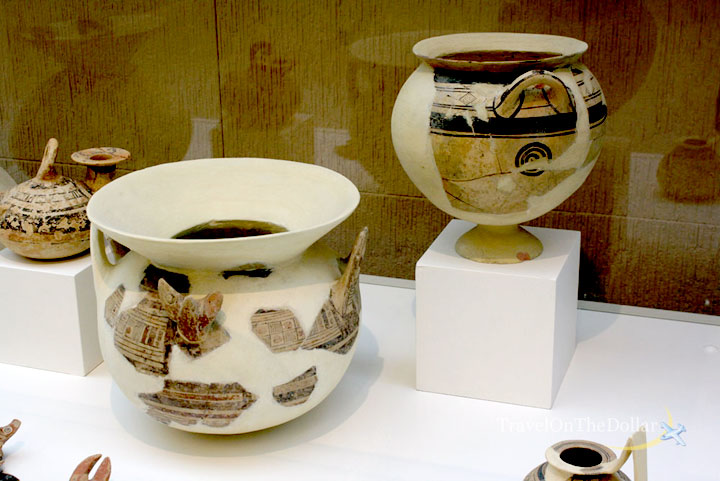 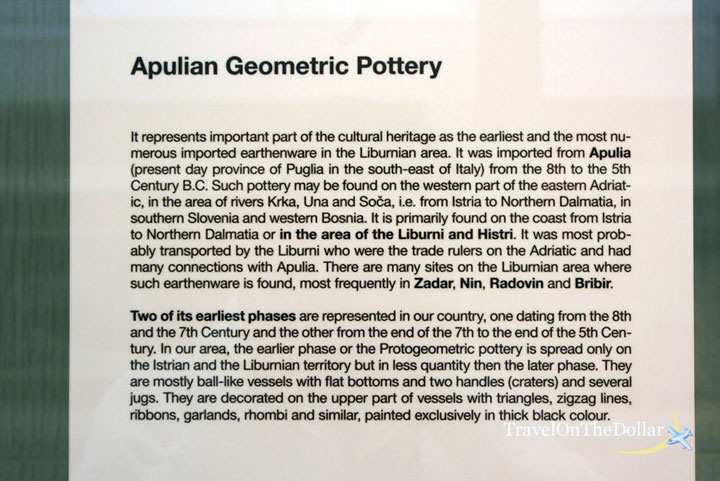 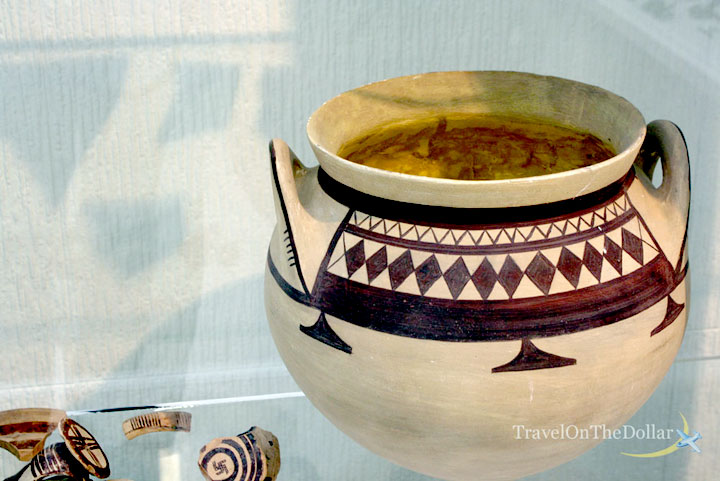 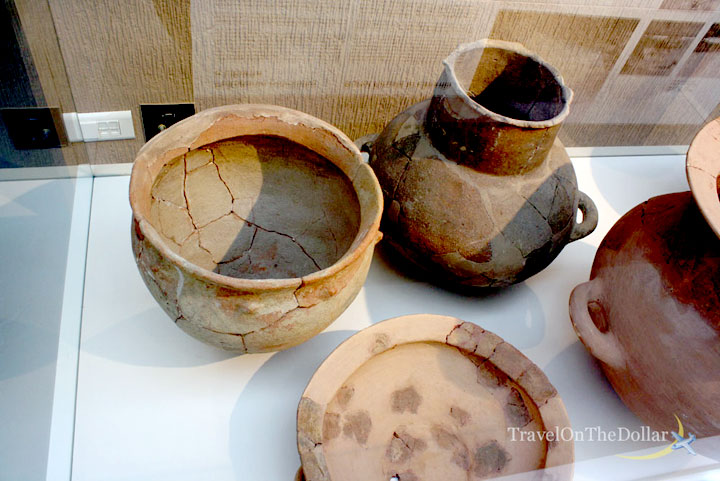 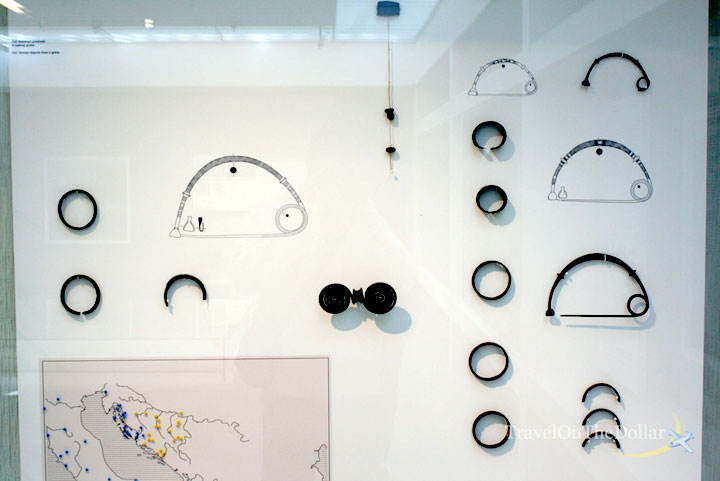 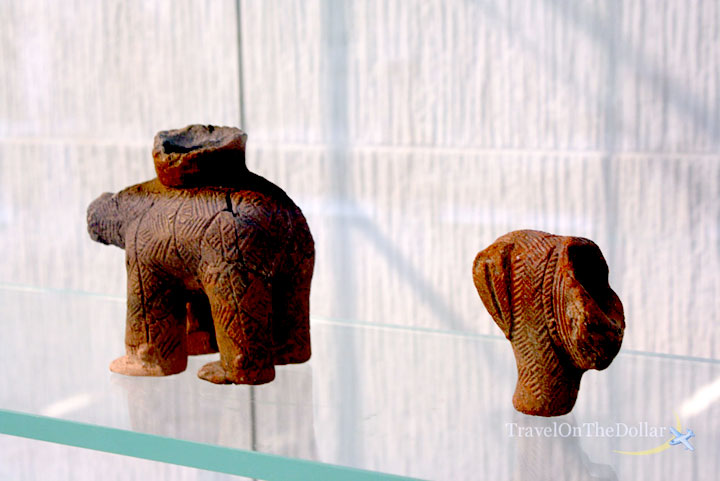 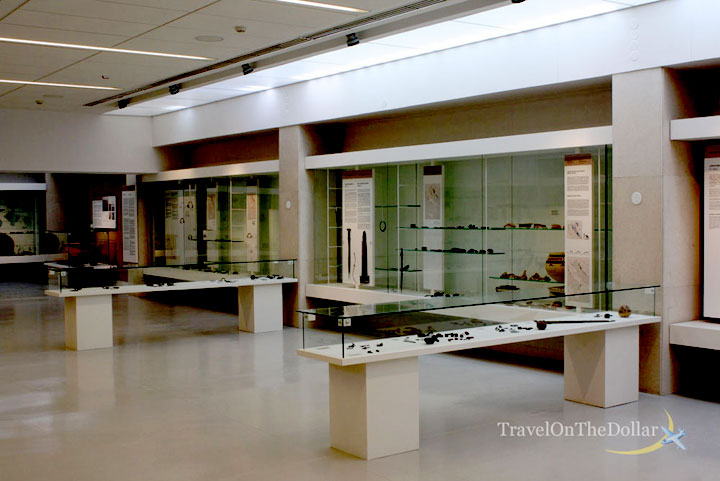 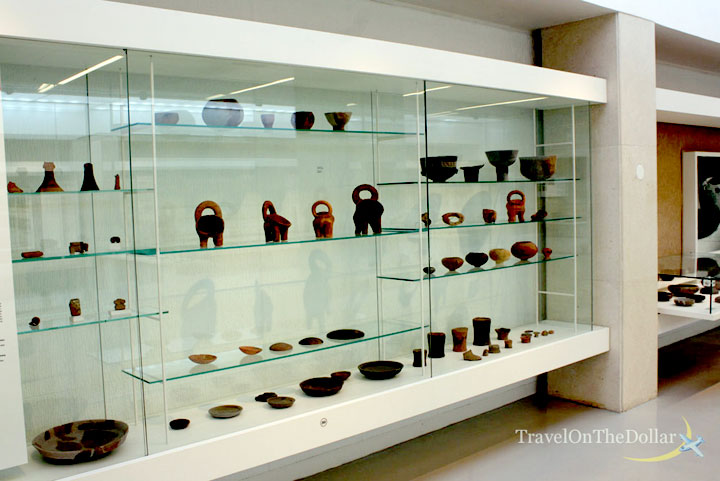 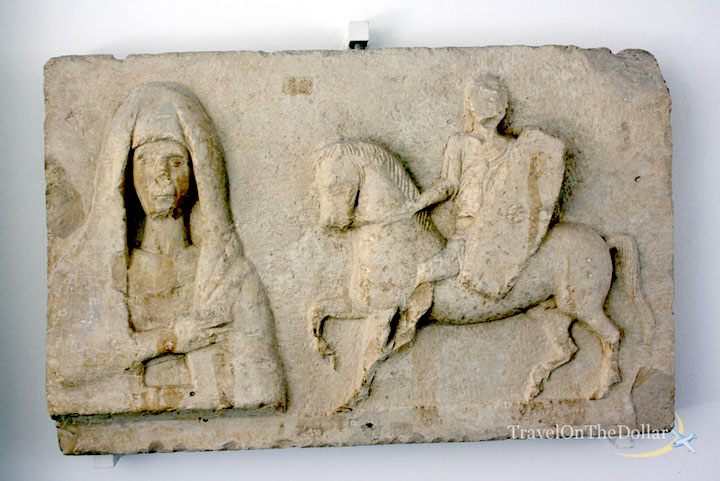 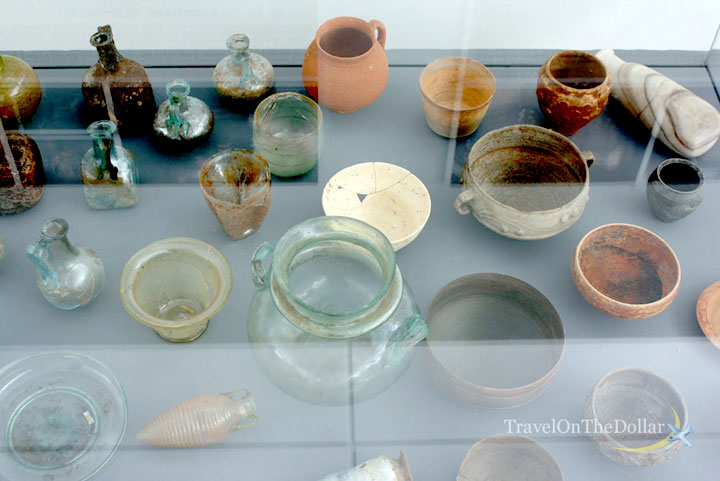 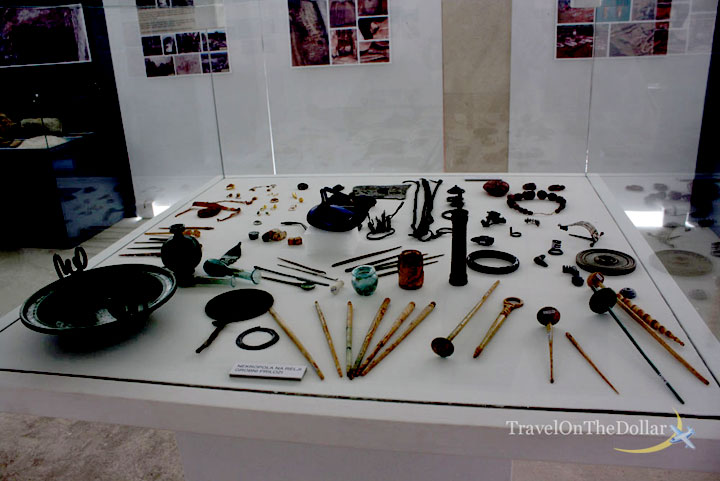 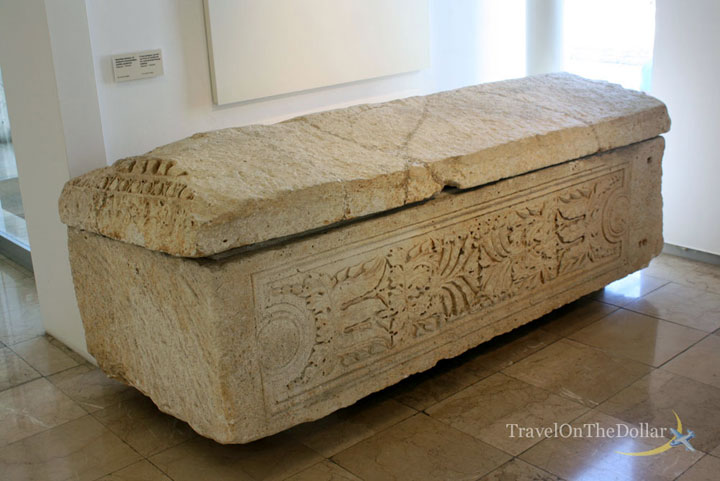 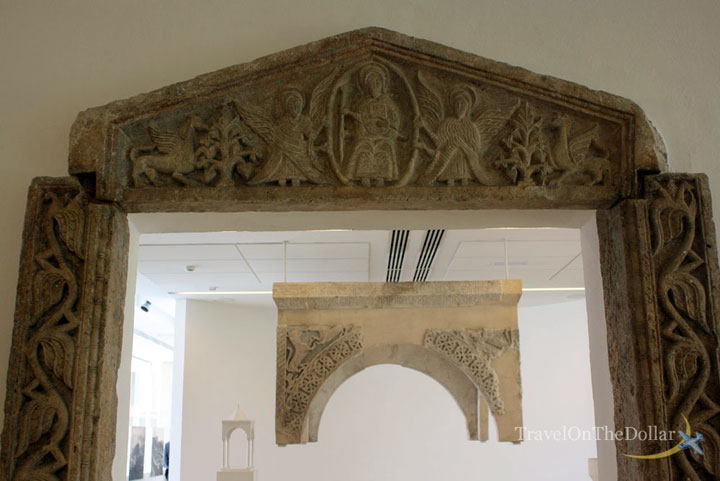 Right across the museum is the Church of St. Donat of Zadar (Croatian: Crkva sv. Donata u Zadru) which is the largest Pre-romanesque building in Croatia. It is also one of the most impressive churches of centralized type of the Carolingian period in Europe. You can climb the tower of the church (Mon-Sat 10am-3pm; HRK 10) for a beautiful view of the city and Adriatic Sea.

Next to the St. Donat Church are the remains of The Roman Forum – one of the best preserves Roman Forums in existence. This is a common place for locals to stroll, sit down amongst the ruins and enjoy a nice summer day.

Opposite from the Roman remains is the magnificent Cathedral of St. Anastasia (Croatian: Katedrala sv. Stošije). It is the seat of the Archdiocese of Zadar. The cathedral was nearly destroyed in the last war and was built in the Romanesque style. It is the largest church in all of Dalmatia (the coastal region of Croatia). The church’s origins date back to a Christian basilica built in the 4th and 5th century, while much of today’s building was constructed in the 12th and 13th centuries.

Hidden away behind the St. Donat Church lurks the Orthodox Church of St Elijah (Croatian: Crkva svetog Ilije), which originally ministered to the needs of the Greek sailors in the Venetian navy before being handed over to the Serbian Church in the mid-eighteenth century, when the campanile – now with tufts of grass growing between its heavy blocks of stone – was added.

Following Siroka (subsequently J. Bjankinija) west from here, you’ll soon arrive at Trg tri bunara, given its name by the three wells (tri bunara) dating from the eighteenth century on its northern side.

Turn left down A. Papavije and bear left again at the end to find the Franciscan monastery (Croatian: Frarjevači samostan), said to have been founded by St. Francis himself when he visited Zadar in 1219, and purllportedly the oldest Gothic church in Dalmatia, though it’s actually a fairly durenovation with a flat eighteenth-century roof. A doorway leads through to a plain but pleasing courtyard lined with the graves of Zadar nobles.

Returning back to the main street Siroka, we headed to the main square called Narodni Trg, which took over from the Forum as the main focus of civic activity in the Middle Ages. It’s overlooked by the sixteenth-century Guard House (Croatian: Gradska straža), a low, single-storey building with a soaring square clock tower, built in 1562. The niche to the left of the main entrance houses a fine bust of the Venetian governor G.G. Zane from 1608, sporting stylized furrowed brows and a veritable carpet of a beard. Immediately opposite, the Town Loggia has been enclosed in plate glass and transformed into an art gallery.

Southeast of Narodni trg, on Trg Petra Zoratića, the Baroque St Simeon’s Church (Croatian: Crkva svetog Simuna) was rebuilt in the seventeenth century to act as a fitting shrine for the bones of St Simeon, a minor saint who is supposed to have held the Christ Child in the Temple. The body was originally stored in the Church of St Mary the Great until its demolition to make way for the city walls in 1570.

Walking back to the center and then towards the main gate on the northwest-end, a stop at the Pet Bunara (five wells) and we decided to take the stairs up and walk the walls of the fortified Old Town. Some of the beautiful views of the Zadar peninsula and the Old Town can be seen from the walls.

By the time we were done with all these, it was time for dinner and we headed to another most recommended restaurant – Giardin – outside of Old Town, across the footbridge on the other side.

Having done with a hearty meal, we headed home and calling it a day.

Travel from Zagreb to Zadar & day there.