Having finished all the sights of Old Town Zagreb, we were on our way to our first Adriatic Sea-side town – Zadar. We had checked the bus timings at the Tourist Information Center the previous day and there are buses running every hour between Zagreb and Zadar that takes approximately 4 to 4.5 hours. So before a long journey we decided to go back to Ivana Tkalčića for a quick Bijela Kava (HRK 10).

All national buses arrive and depart from Autobusni Kolodvor (Bus Station) – this is the term referred to main bus station in every city of Croatia. To reach the bus station, we took the tram #6 going to Sopot and after about a 20 minute ride, we reached at Autobusni Kolodvor.

The ticket counters are very friendly and most of them speak English. All bus stations have an information window so you can check the bus timings and prices before proceeding to the ticket counters. Having reached about 45 minutes early for the 10:00 am bus, we decided to grab a quick sandwich and wait for the bus.

Our bus arrived at 9:40am and after loading the baggages, we settled in. The bus rolled out sharp at 10:00am.

After about 2.5 hours, the bus made a 10-minute stop at a gas station close to the A1 highway. There was a cafe that served coffee, hot chocolate, sandwiches and ice-cream. A quick bite to eat or sip coffee and we were back on the highway A1 on our way to Zadar.

If you decide to drive from Zagreb to Zadar, make a stop at the Plitvice Lakes National Park for some stunning views of the waterfalls and the lakes. To reach Zadar, take the highway A1 and after taking the “Zadar” exit, follow the signs to Center (you can see the word ‘Center’ on the sign boards or just follow the sign with a circle that has a dot in it.)

We arrived at Zadar at about 2:30pm, and the bus station was buzzing with teenagers going home from school. An inquiry at the information gate of Autobusni Kolodvor Zadar, we waited for about 15 minutes for Bus #2 to the city Center. It costs HRK 8 per person and in about 20 minutes you are at the ‘Center’, which is right outside the walls of the Old Town.

The beautiful Old Town is fortified and there’s a gate right next to the bus station. We made our way inside the cobbled streets and headed to Zadar’s Tourist Information Center. Having not booked a hotel or apartment in Zadar, we stopped at the TI, right on Narodni Trg (main square) to inquire about available apartments. The lady at the counter spoke fluent English, German, Croatian, Russian and Italian as soon as we asked about a hotel or apartment, she made a quick phone call and within 5 minutes an old woman stopped by and took us to see some ‘Sobe’ she was renting. A couple of hundred feet and we were brought in to this old building with three vacant apartments rented by her – one on the ground level and two on the third floor. We took the one on the ground level for HRK 300 or about $60 a night.

Here are the contact details of the good woman who rented the apartments:

A very small room with not much space to move around, still had all the basic facilities like sink, double-bed, refrigerator, microwave, coffee-maker, etc. The worst part of the apartment was the bathroom – a tiny ‘room’ with no particular shower area. The whole tiny bathroom was a shower area and also had a commode! And this is the outside of the room:

We settled in and then headed out to the worlds-only Sea organ. On the northwestern corner of Zadar’s Riva (seaside promenade) just a few steps from the Ancona-Zadar ferry station is a remarkable piece of urban architecture. Opened in April 2005, the world’s only Sea Organ (Croatian: Morske Orgulje), designed by architect Nikola Bašić, is one of the most memorable sights in Zadar, Croatia. Within the perforated stone stairs that lead to the sea are pipes with whistles that generate sighs when the sea waves pushes air in them.

The effect is unique and harmonic and if a ferry is passing by then the sounds are loudest. The sculpture is seventy meters long and has thirty-five organ pipes built under the concrete; as you move along the promenade the sounds and harmonies change.

We spent some time sitting by the steps of the Sea Organ and soaking in the sounds of it. Luckily for us, some ferries were docking in and out of the harbor which made some waves in an otherwise calm sea. The sounds are the loudest when a ferry passes by or if the day is windy.

A long walk on the Riva lead us to the eastern side of the town; from where we got inside and strolled the city, buying some more postcards, checking out some souvenir shops and just experience this beautiful town.

By the time we were done walking around, I was experiencing some redness in my eyes so we went to the pharmacy and they suggested going to the hospital for the doctor’s checkup, since they don’t have over-the-counter eye drops. The day was almost over and I knew that the hospital would be closed so I went back to the apartment and put some Visine in my eye to reduce the redness.

It was time for dinner and headed out to Kornat restaurant (mains starting from HRK 50, Liburnska Obala 6, Zadar 23000), right next to the bus station, facing the Adriatic Sea. This is one of the most recommended restaurant in Zadar. 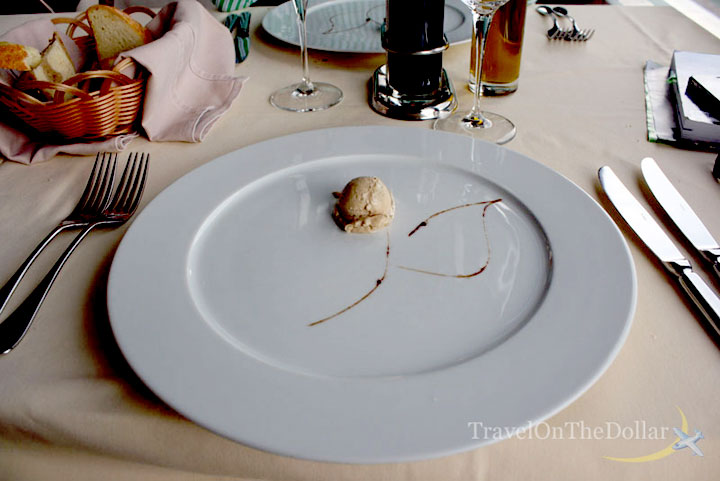 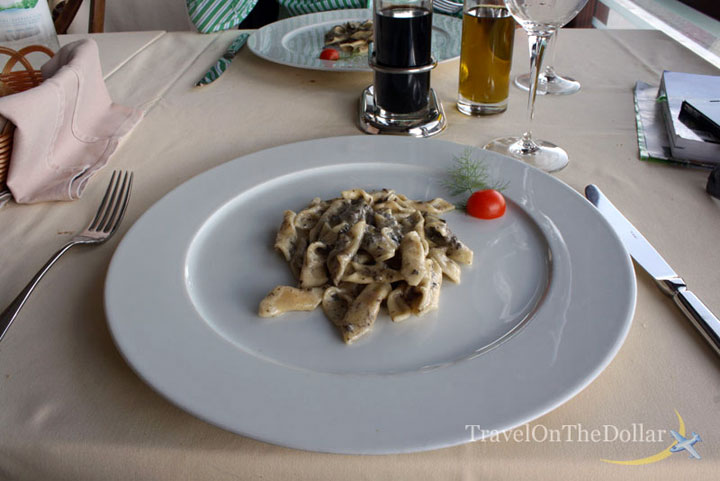 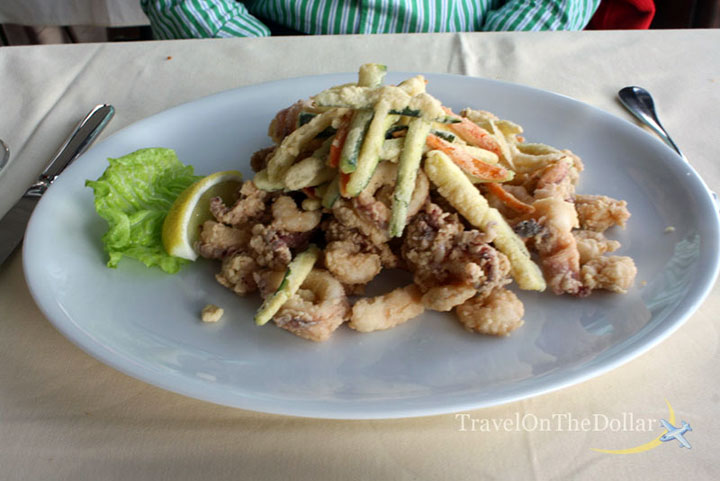 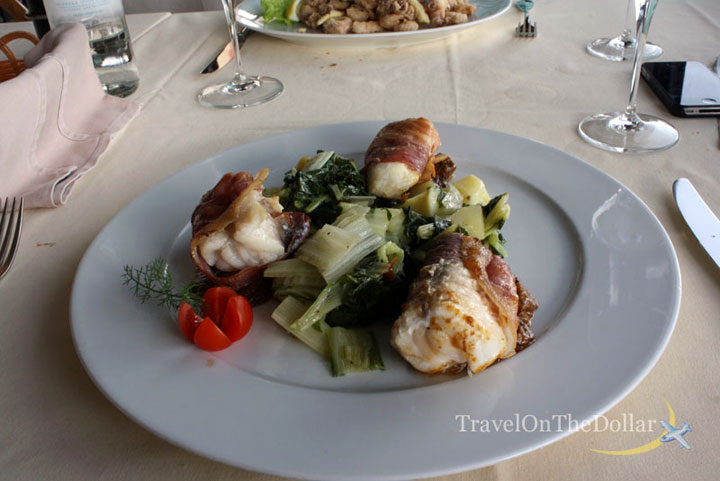 After a hearty dinner, it was almost sunset time which is best seen from the Sea Organ. So a quick 7 minute walk from Kornat we reached back to the Sea Organ to experience one of the most beautiful sunset view in the world.

Right next to the Sea Organ is the huge “Sun Salutation” – solar panels that during the day absorbs the sun’s rays and during the night create spectacular play of light. Wait until it’s dark and you can experience this dancing light event.

It was a nice 20 minute walk back to the apartment through the narrow lanes of Zadar. We called it a day and looked forward to experience a new bright, sunny day in Zadar.

Travel from Zagreb to Zadar & day there.