It was December 25 and it being the Christmas Day, everything is closed in the city including public transportation. After a late morning and breakfast at the hostel La Casa Azul, we decided to walk around the neighborhood and reached the gorgeous Gothic-style church located in the downtown area – La Ermita. 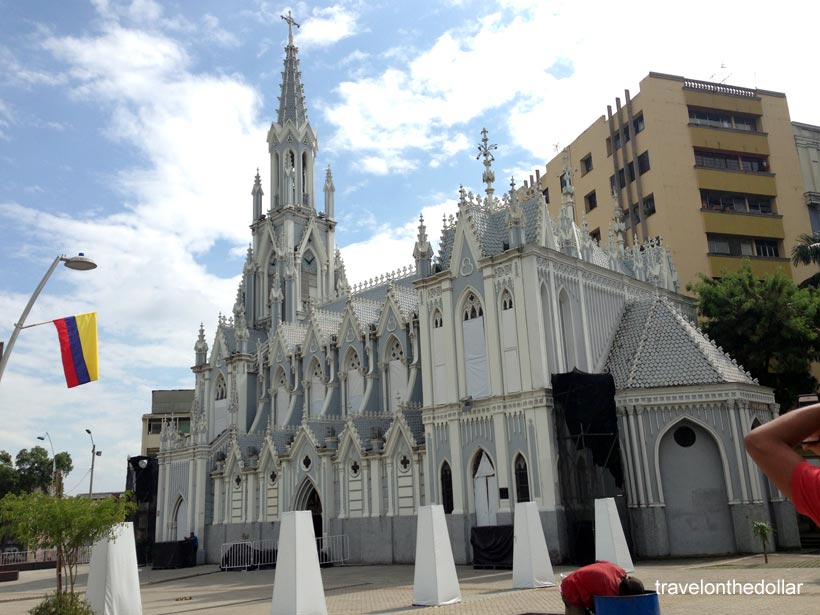 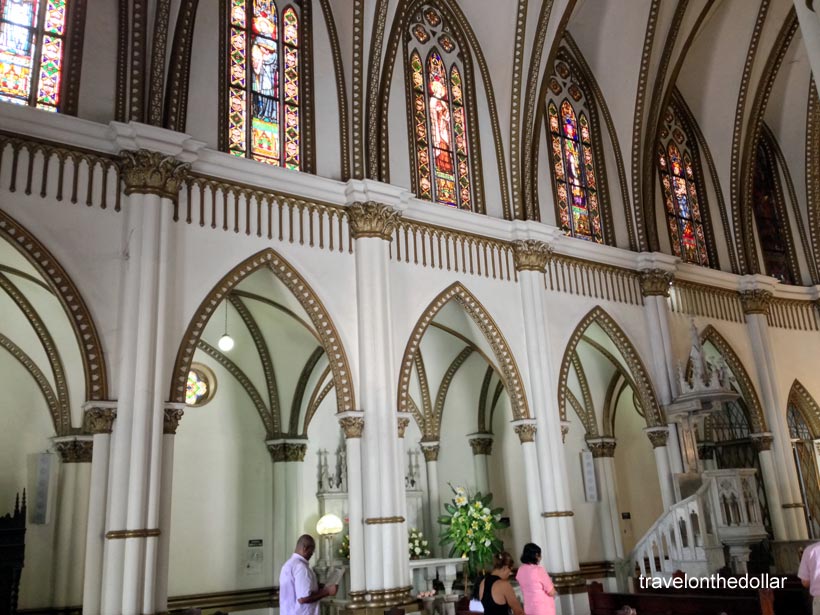 Walking past the church, we ventured into the downtown area and realized that we were the only two persons in the area with every single store, building, office closed.

We have been warned of not walking around the downtown area on this day because of seclusion and chances of being mugged, so with our guards on high-level, we walked past some buildings and streets before heading back to hostel for lunch.

Some of fellow hostel-mates informed us about the street festival called Feria de Cali, which was a must-attend event. The actual event (more details below) begins at 6pm, but it was wise to be at the street venue as early as possible to grab the front “seats.” 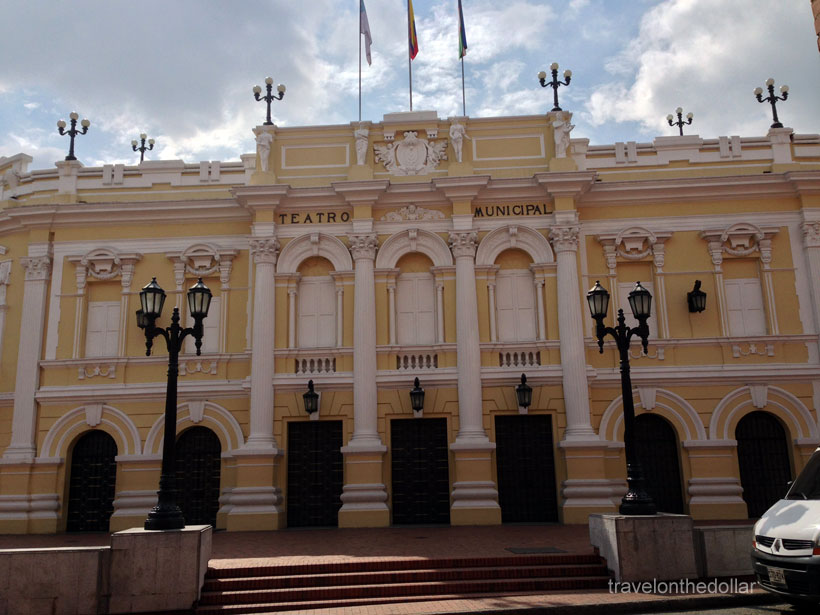 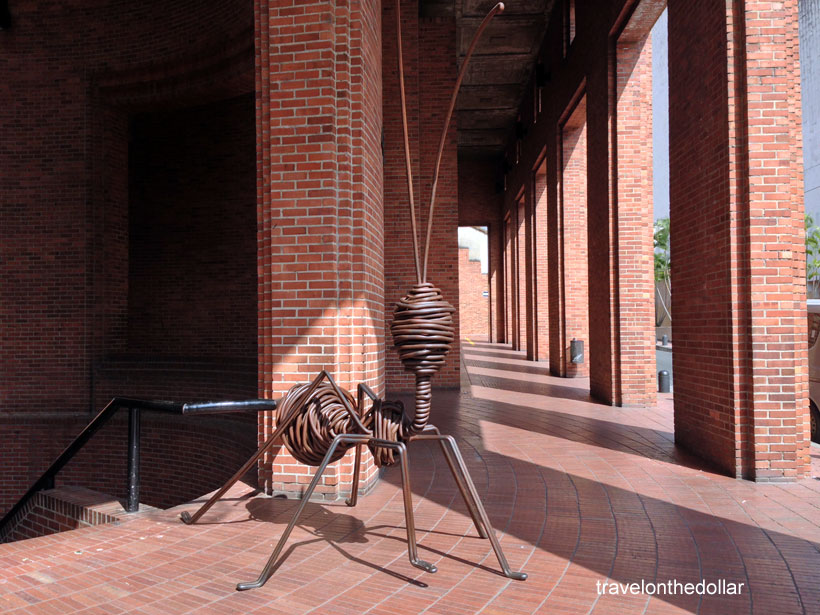 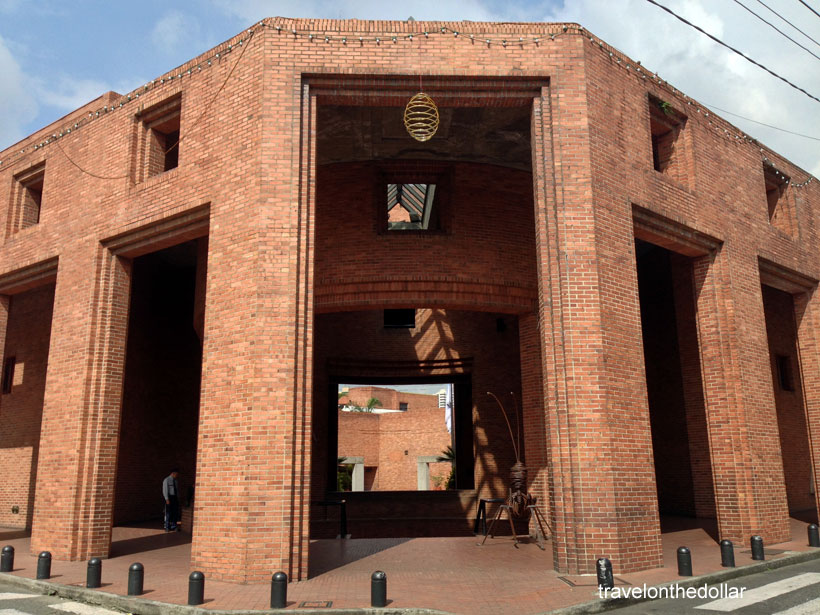 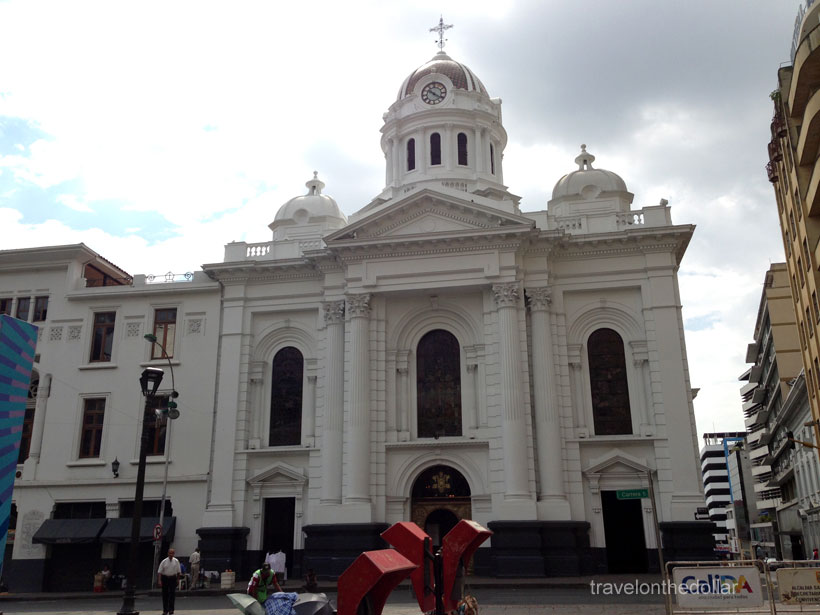 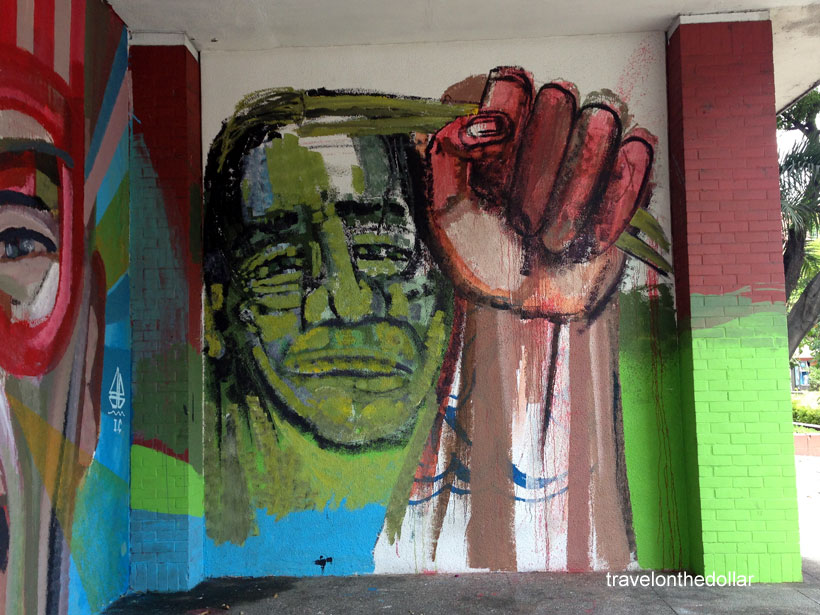 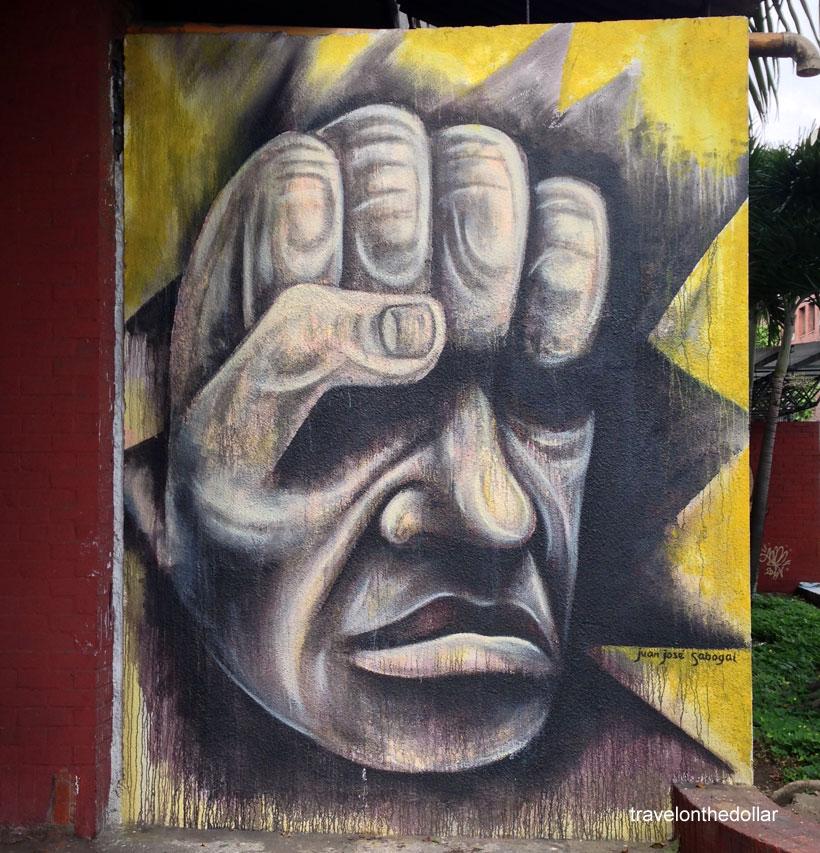 After reaching the hostel, the plan was to leave at 2pm, take a taxi to the center and wait at the street side before the Feria de Cali begins at 6pm. So after lunch, the hostel called a taxi for four of us, and after 15 minutes drive we were at the cross street from where you could see hundreds of people walking to the main street which was blocked on both sides. The only way to cross from one side of the street to the other was through a pedestrian-only bridge.

La Feria de Cali (The Cali Fair)
Starting December 25 to December 30, this event promotes cultural, ethnical, and musical diversity in the region,e specially the Salsa music and dance communities. Samba and Salsa schools from all over the Latin America show their talents by walking in a parade along the South Highway. This is one of the many events and is called ‘Salsódromo’. Concerts, cultural exhibitions, competitions, and more is held in the 5-day event.

Salsódromo, the opening event of Feria de Cali, is a space that has become representative of the power of Salsa icon in the city, a stage on which the cultural identity has gained projection into the country and perhaps the The whole world. The initiative has synthesized unparalleled potential, to convene at a distance of a kilometer and a half, to about 1,000 professional dancers, nearly 400 fans and positioning of the various trends of salsa schools in Santiago de Cali.

It is also the opportunity for one hundred thousand attendees to taste the Cali salsa in its masterful style. The event is free and people line up to ‘reserve’ their space early morning. So try and get there as early as possible.

Carry food, snacks, water, sunscreen and chairs if you plan to reach early.

Event details can be seen at Feria de Cali website (in Spanish only). 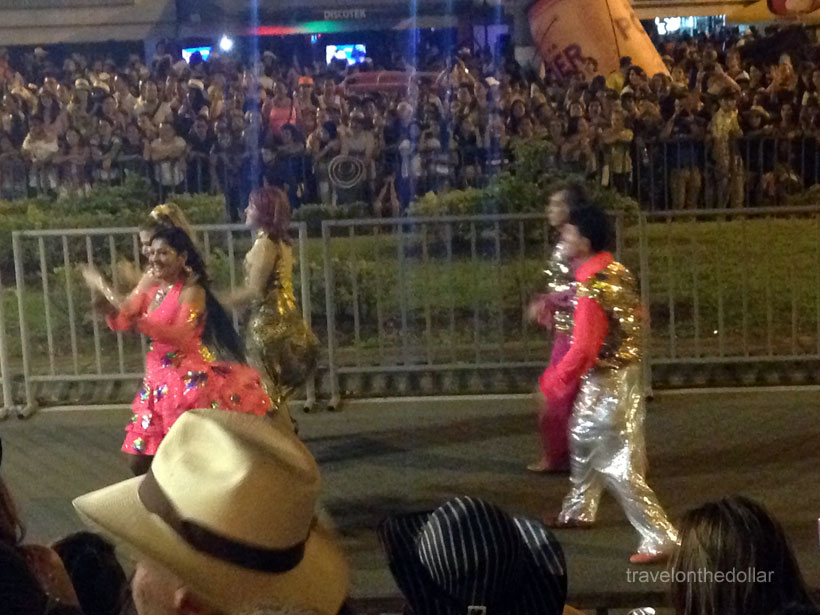 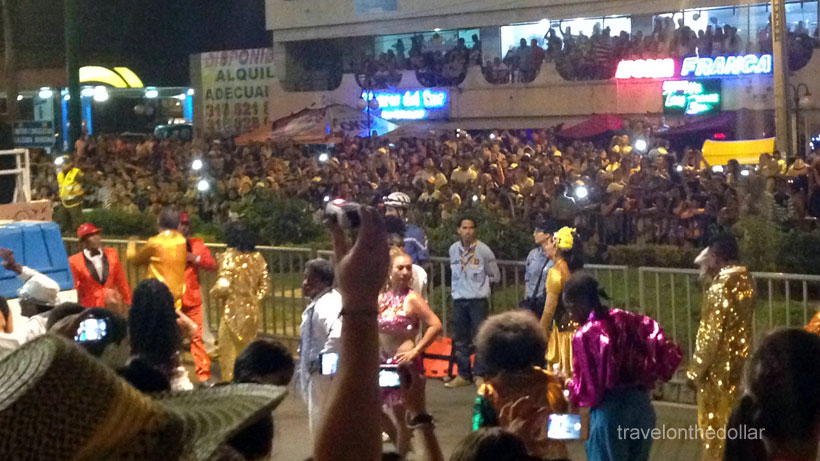 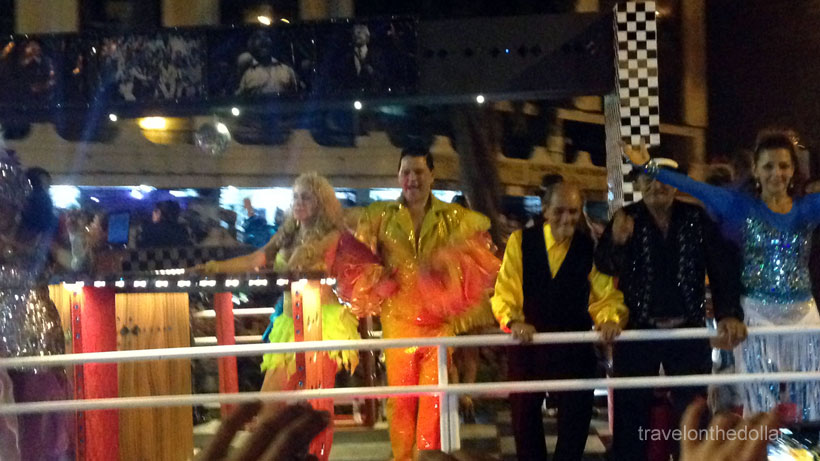 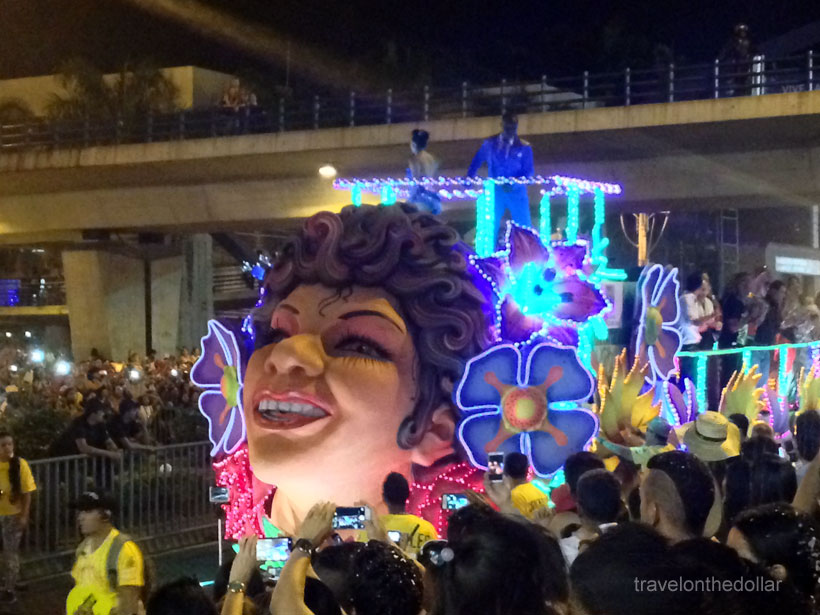 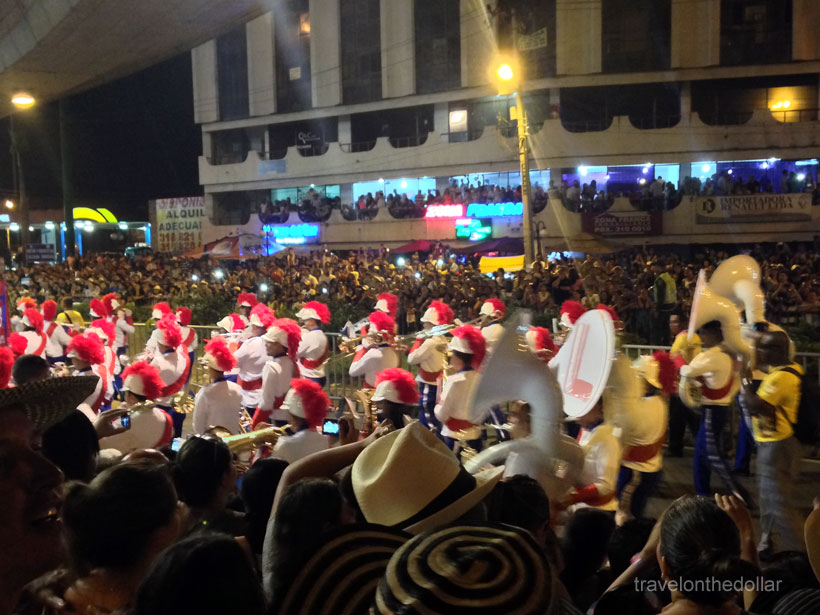 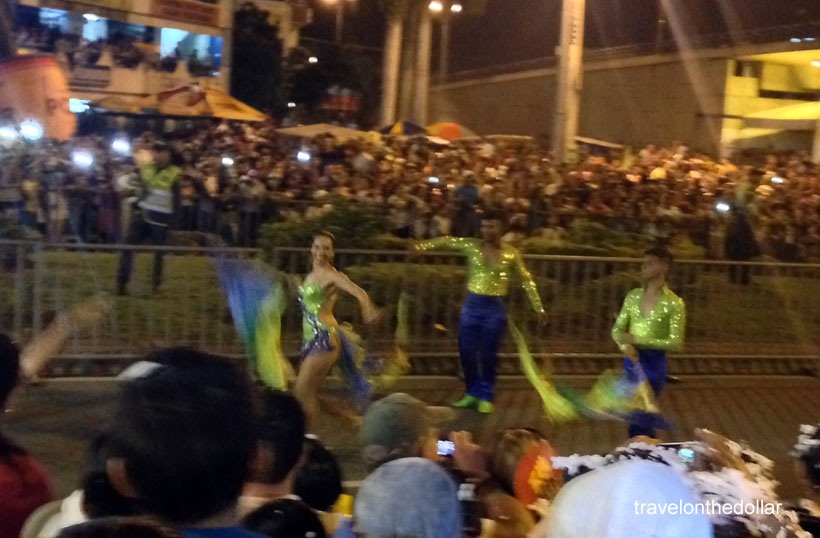 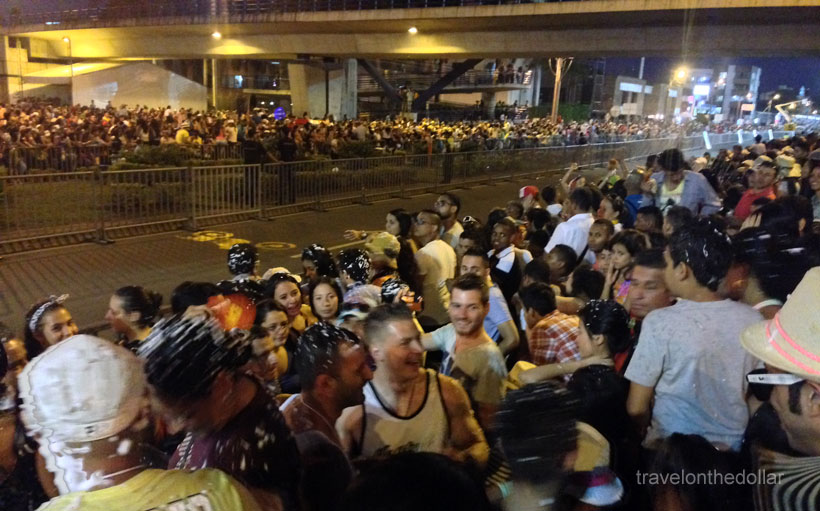 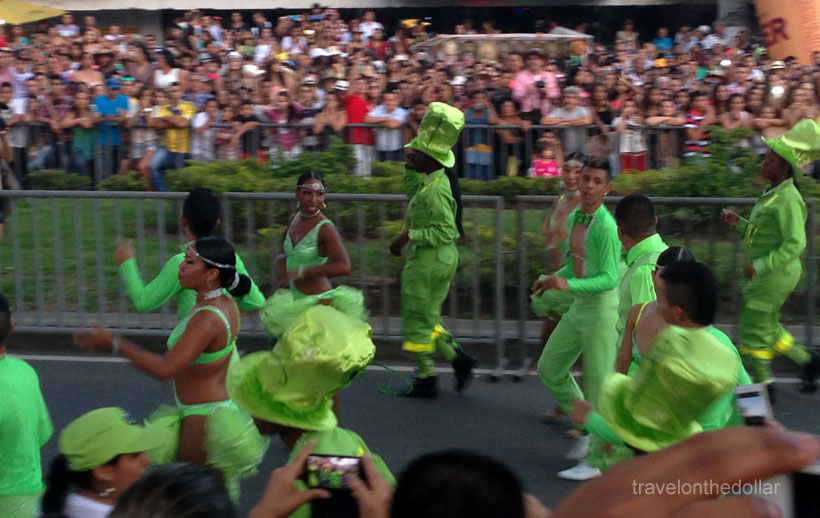 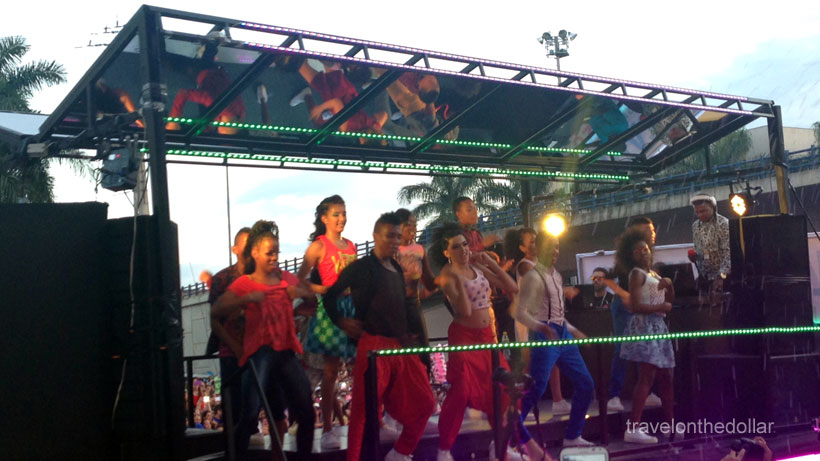 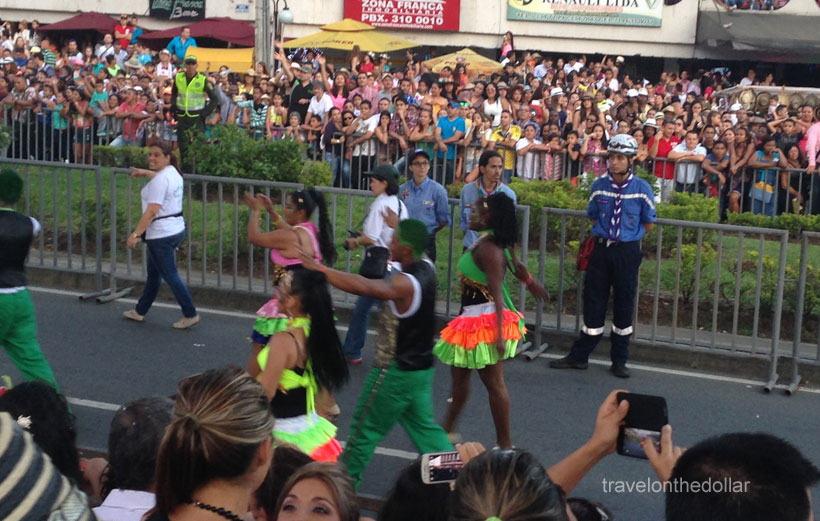 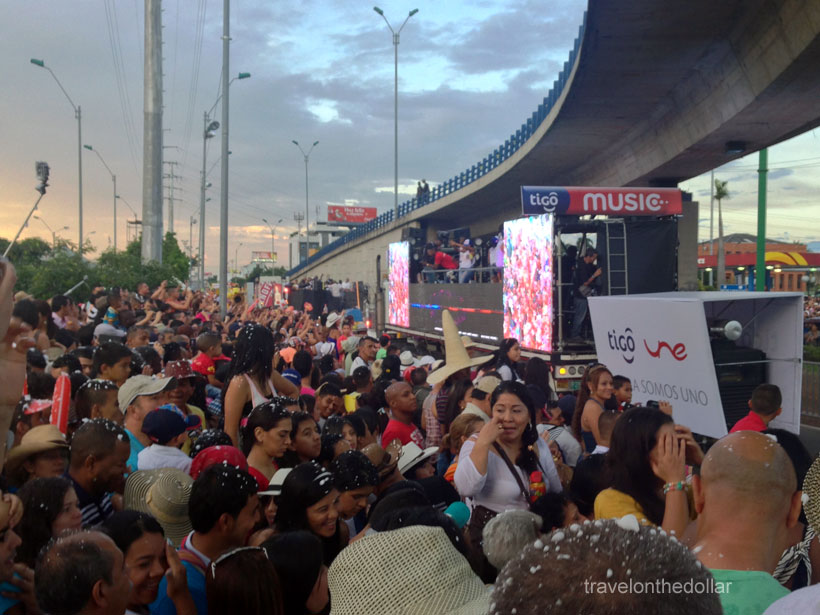 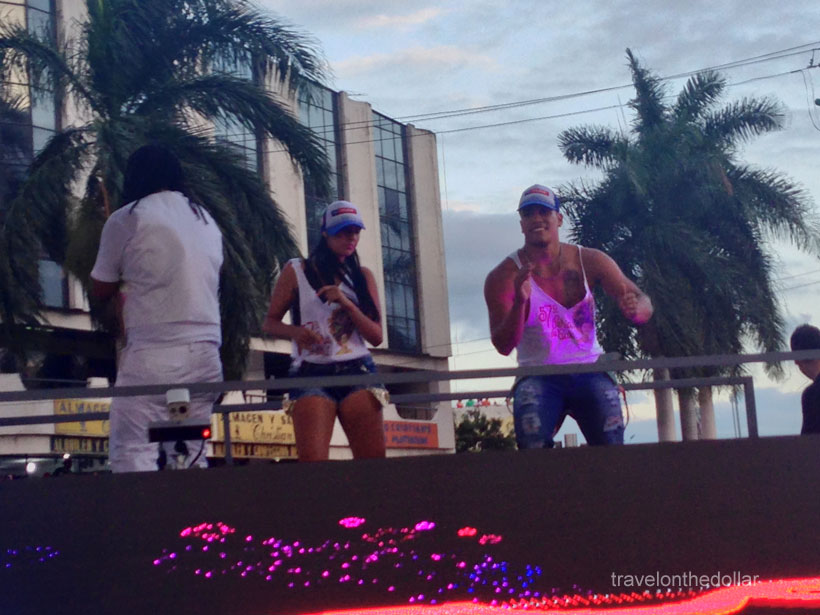 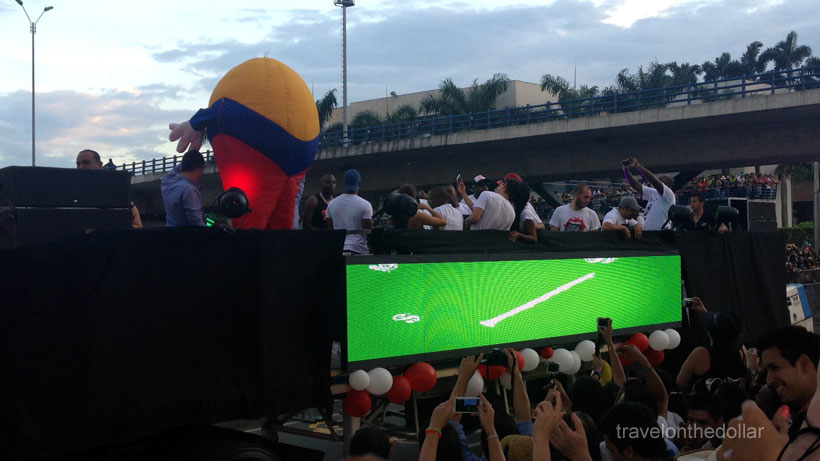 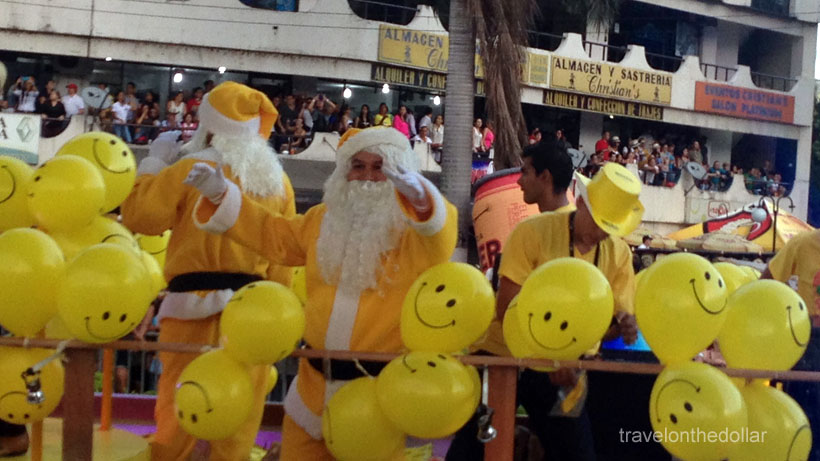 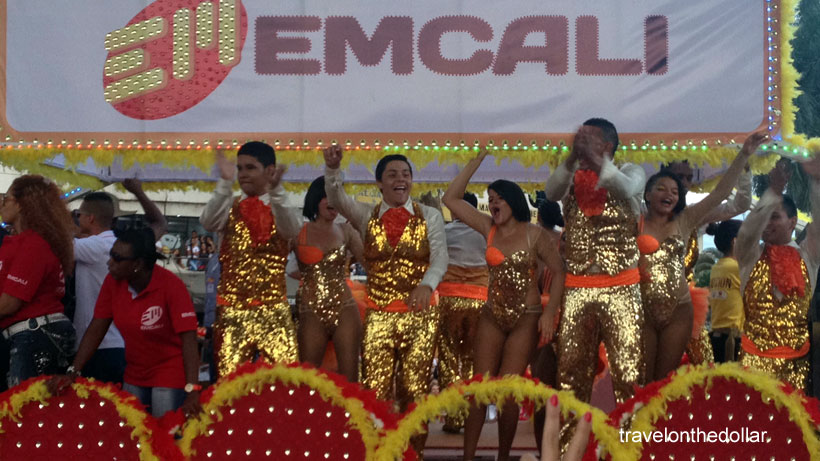 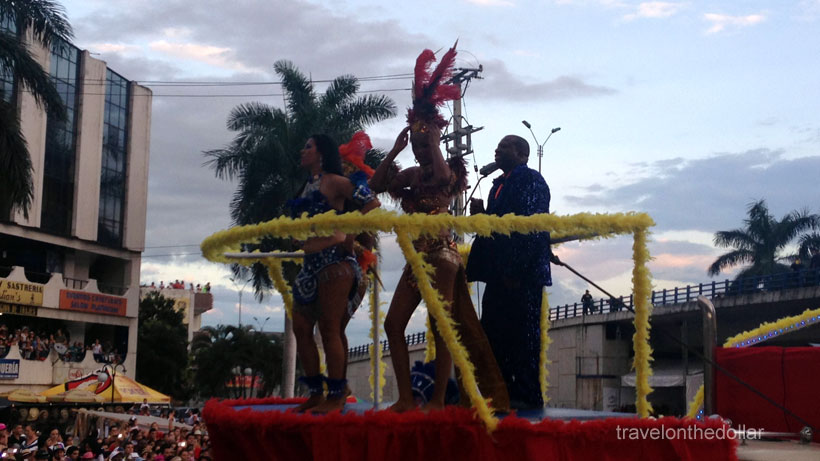 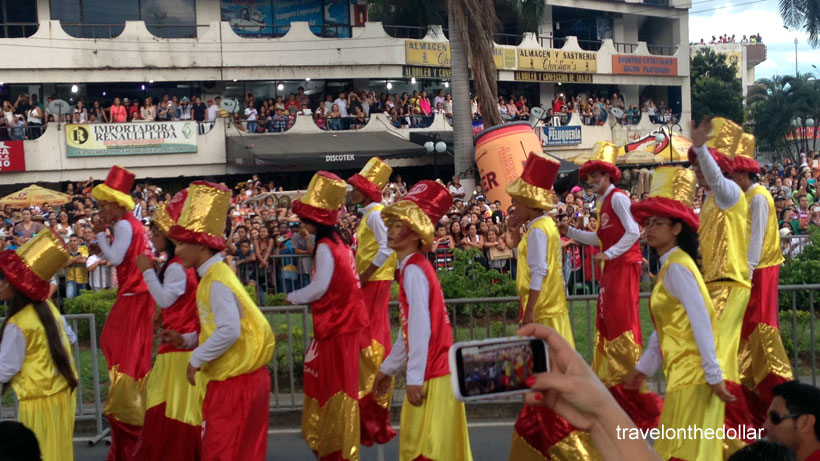 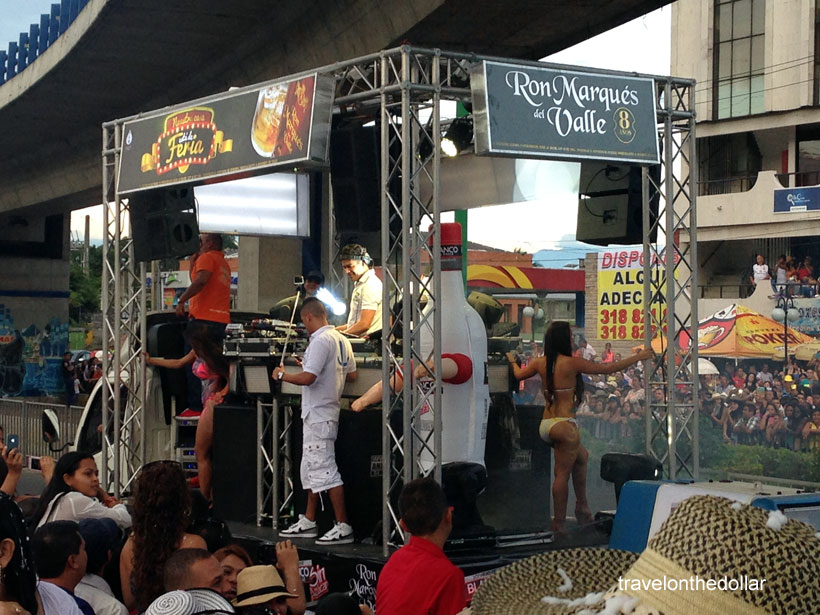 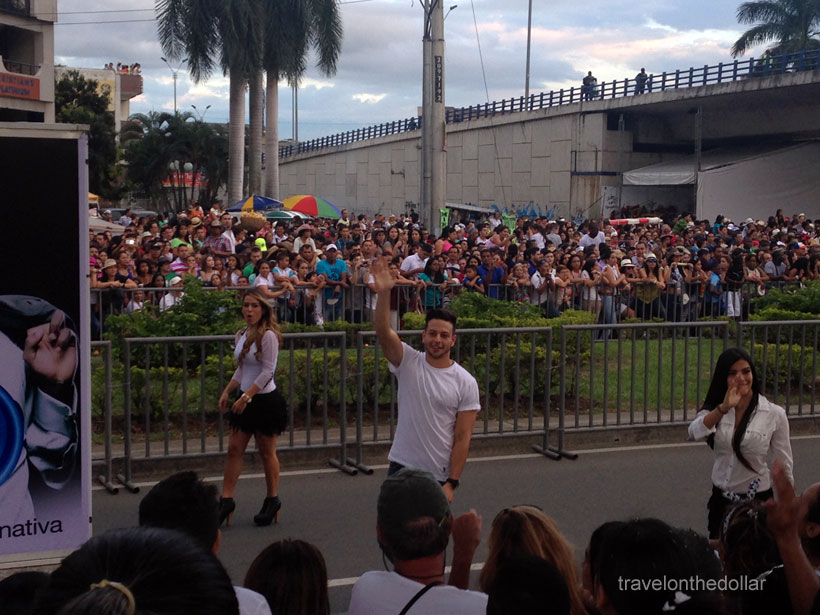 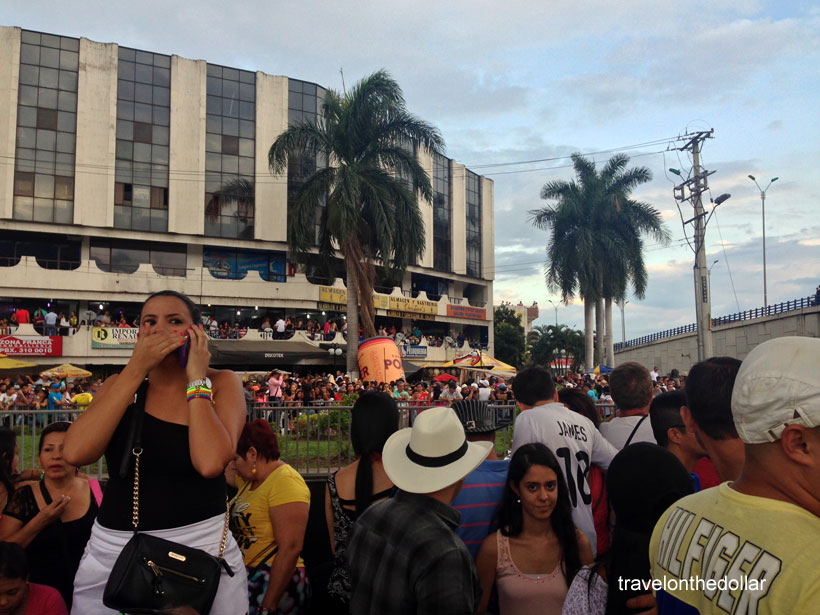 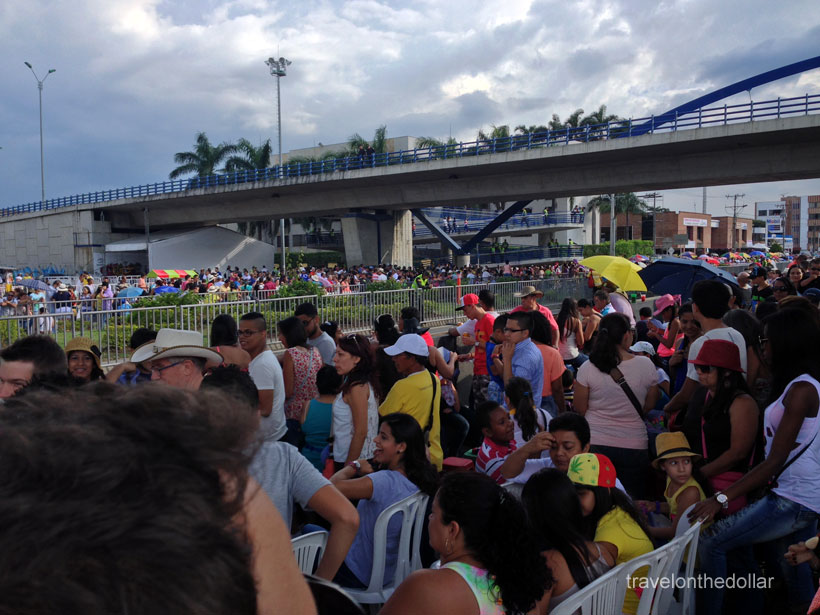 At around 9pm, took the taxi back to hostel and called it an early night.