It was Friday morning when I arrived in Bogotá. Immigration was quick, but it took a long time for the bags to arrive. While exiting the airport, I was stopped by the customs officers and was asked some standard questions like “what are you carrying?”, “Do you have US dollars, if yes, how much?”, “where are you traveling?”, etc.

You will be approached by a lot of taxi drivers, but just say no and walk to the end of the domestic terminal which is on your right after you exit. Take a taxi from the line that forms there and it takes about 40 minutes to Centro Internacional (center of city). The driver of the taxi I got into spoke and understood English at a basic conversation level, which made my 40-minute ride to the hotel a pleasant one. We talked about the fuel prices in Colombia and how it was so expensive as compared to neighboring Venezuela, Colombian hospitality, Colombian culture and people, and how things are different in U.S. compared to Colombia.

Having booked our two nights at Ibis hotel, I checked in and had a quick shower before heading out to explore the neighborhood.

First task was to get a stamp in my Postal Stamps Travelogue book. Colombia does not have any government-run postal system and locals send mail via Servientrega, a private courier company, or via 4-72, another private company that has postal stamps! After asking the hotel staff about the postal system, I was told to go to “4-72”. And my first instinct told me it was a house or building number so I started walking around the block looking for that number, not realizing it is the name of a “store.” But eventually found the store with the help of two police men!

Next up was to visit Museo Nacional (National Museum), which is located right next to the hotel. Being the oldest in the country, the National Museum was founded in 1823 and its fortress architecture is built in stone and brick. The building has a solid wall facade and includes arches, vaults and columns forming a sort of Greek cross over which 104 prison cells are distributed.

The museum houses a collection of over 20,000 pieces including works of art and objects representing different national history periods. Permanent exhibitions present archaeological and ethnographic samples, ranging from remains and artifacts of the people in Colombian territory (dating 10,000 years BC) up to twentieth century indigenous and afro-Colombian art and culture manifestations. The Sala de los Fundadores y del Nuevo Reino de Granada (Founders and New Kingdom of Granada Room) houses a rich iconography of the Liberators and different Spanish power figures. The round room exhibits a series of oil paintings that summarize Colombia painting history. 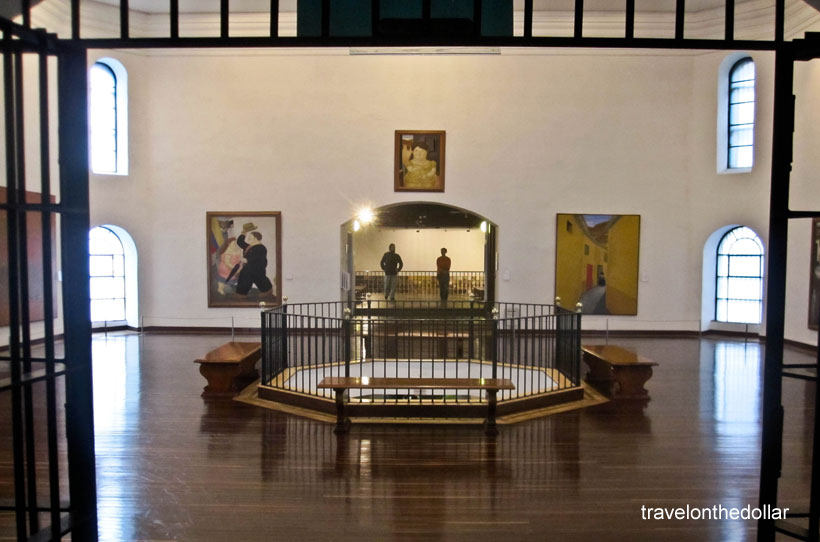 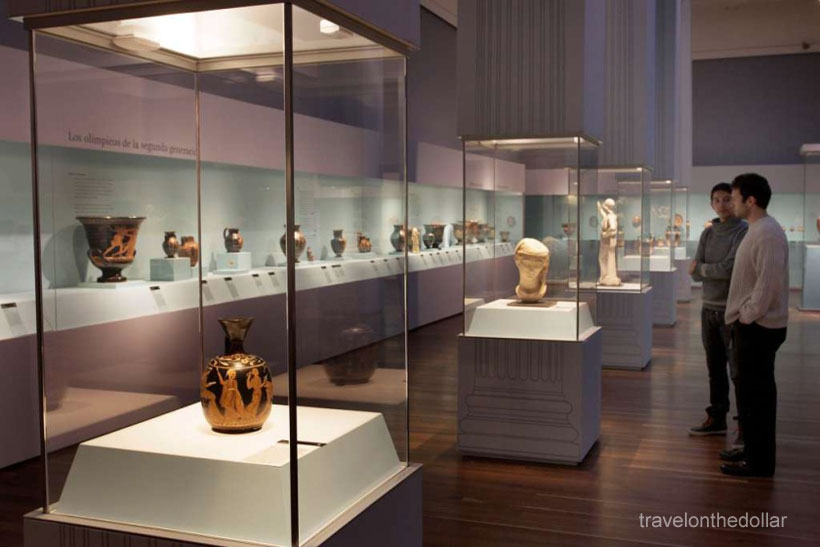 My fellow traveler was supposed to arrive late night Friday, so I walked around the neighborhood to explore the city, and that’s when it started raining heavily making the city cooler than what it was! After waiting for a while in a store, I headed back to the hotel for some much-needed nap (after a long, bumpy flight!)