Built in the 17th and 18th century, the Jesuit Missions in South America, spanning across Paraguay, Brazil, Argentina and Bolivia, were built to convert the Guarani Indians to Christianity and protect them from the oppression from Spain.

In 1767, the Jesuits were expelled from South America and the towns were overgrown by the wilderness. Beginning of the 19th century, some missions are restored. It is very interesting to see these kind of churches in the middle of the jungle compared to Europe where they are mainly in the city centers.

We visited the three missions in Paraguay:

All these are UNESCO World Heritage sites and can be (almost) easily visited in one day.

To visit those sites, we recommend to base yourself either in Encarnación, on the Paraguayan side, or in Posadas, on the Argentinian side of the Paraná river. Regular busses go from one city to the other. Depending on your passport, you will need to get off at immigration on both sides of the border to get stamped in and out of the countries. You always need two stamps in your passport for one border crossing so make sure you have visas if your nationality requires those. 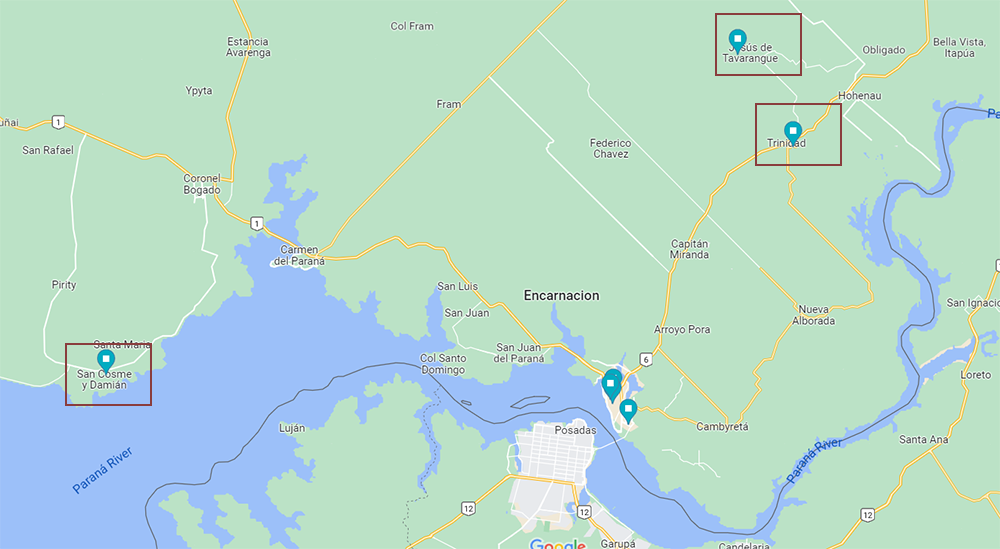 [Location of the three Jesuit mission sites shown in boxes]

Of the three sites, Missions of Trinidad and Tavarangue are located nearby from each other, and are the most amazing! The third one, San Cosme and Damian, is located about 2 hours drive from Trinidad.

There are two types of buses from Encarnacion to Trinidad. All buses leave from the Encarnacion bus terminal. The local buses run every 20-30 minutes and costs about 10,000 PYG that takes about 60-75 minutes to reach there. Other option is long-distance buses going to Ciudad del Este, that run hourly and costs 15,000 PYG, taking almost same time to reach.

You can also hire a taxi for about 50,000 PYG for a day and visit ONLY the two Missions of Trinidad and Tavarangue. Most taxi drivers will charge double to visit San Cosme as well.

We were based in Encarnacion, and had a rental car that made it easier to drive across all the three sites.

The first mission we stopped was the Tavarangue ruins. Reaching the Tavarangue site can be challenging with no public buses going there. A taxi from Trinidad and back may cost about 10,000 PYG depending on your haggling skills!

This is where we got the entrance ticket and started to walk freely around the archaeological site. We didn’t see any visitors so this was a great opportunity to have a tourist attraction all to ourself.

The whole site is well-preserved and pathways lead you to the entrance of the site. Although there are some boards mentioning the ‘rooms’ you’re visiting, don’t expect a whole lot of information at the site.

The mission site of Trinidad is the biggest of all and has the largest church. The sheer size of this ruins with spectacular carvings in stone and an altar carved out of one piece are the highlight of Trinidad. Around the main church one can see the buildings where the people lived, schools and rooms. 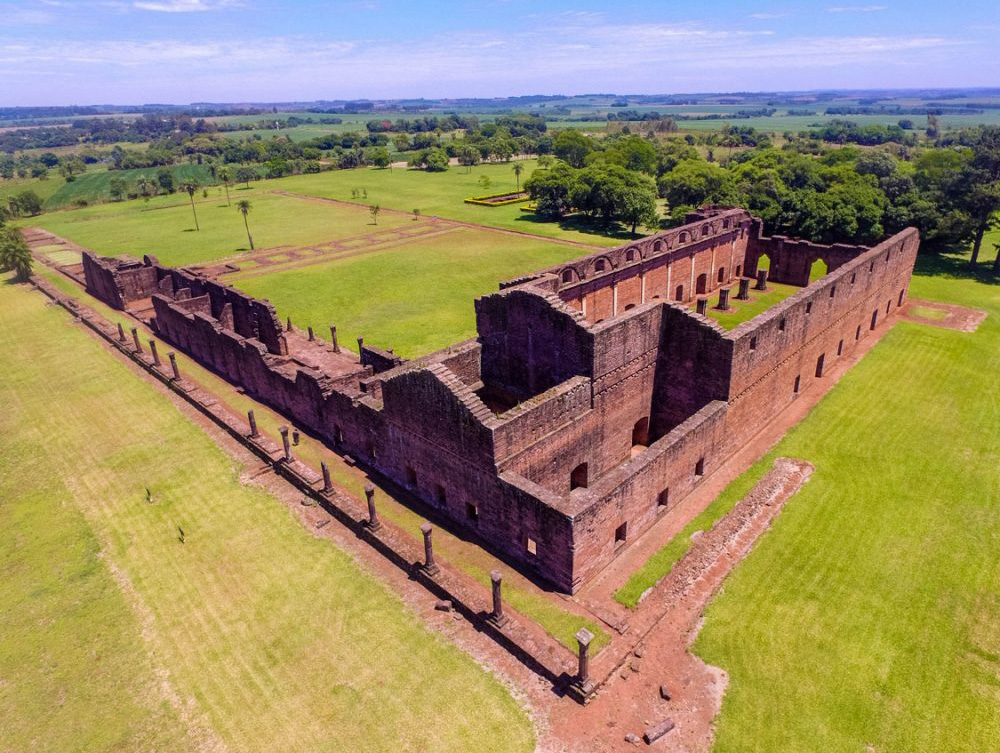 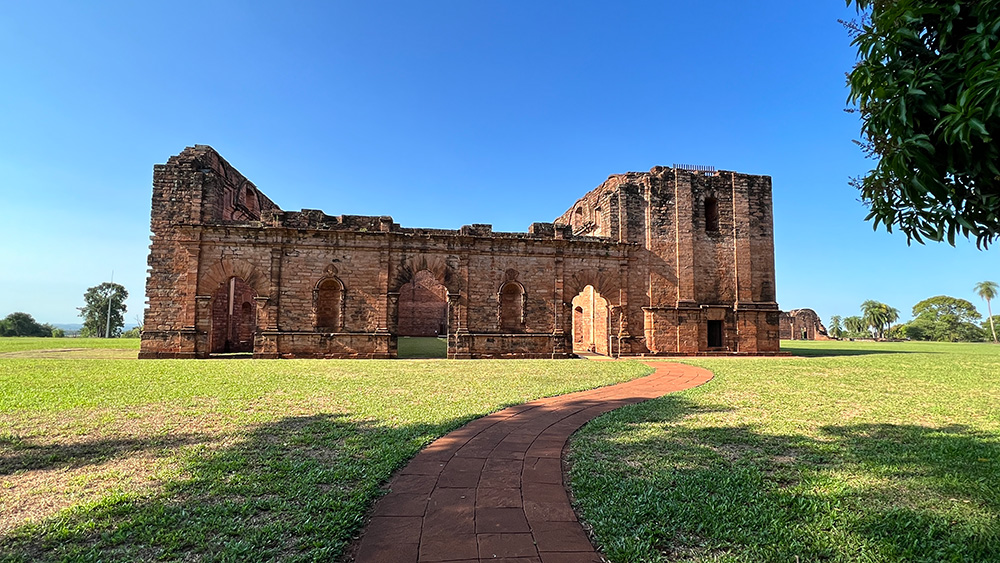 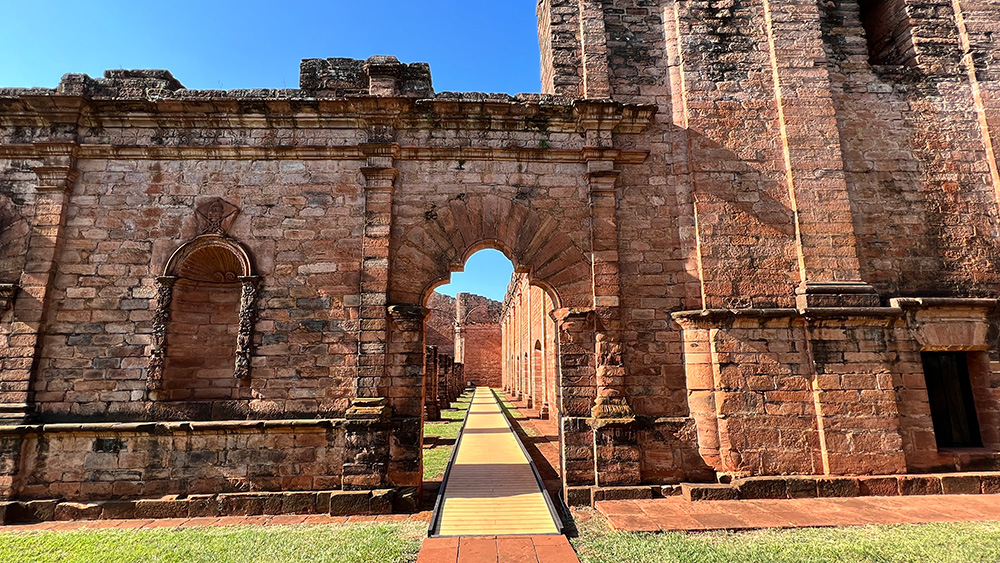 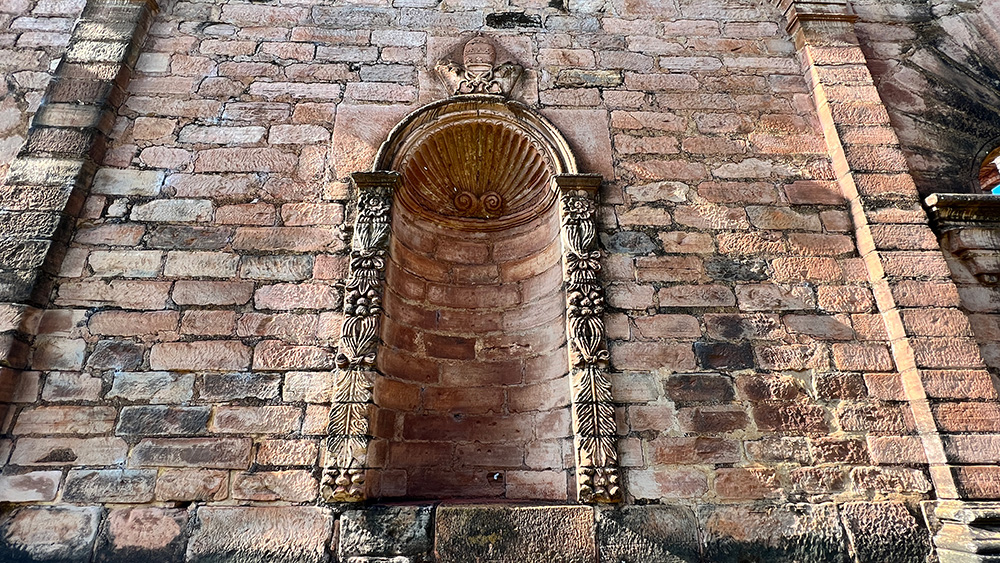 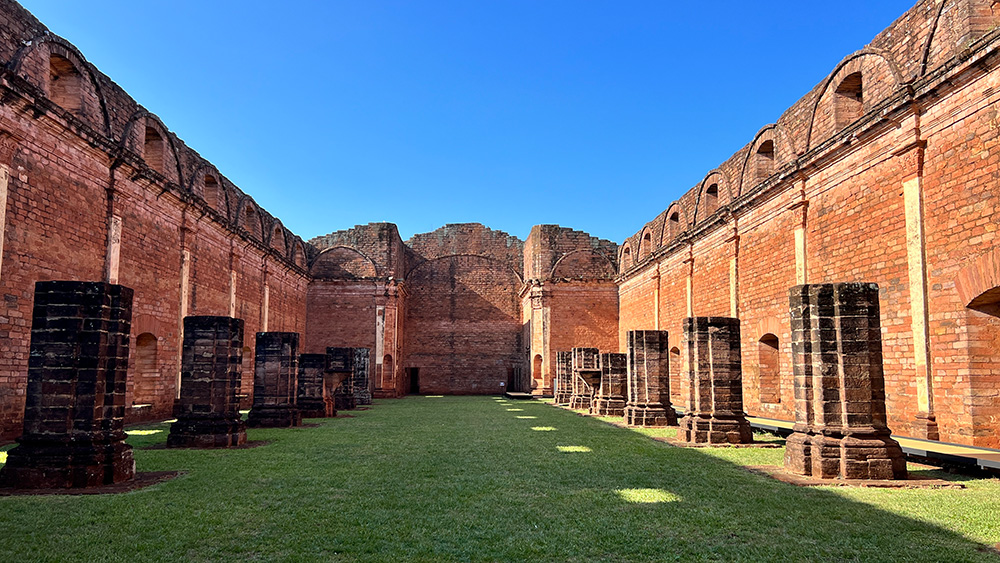 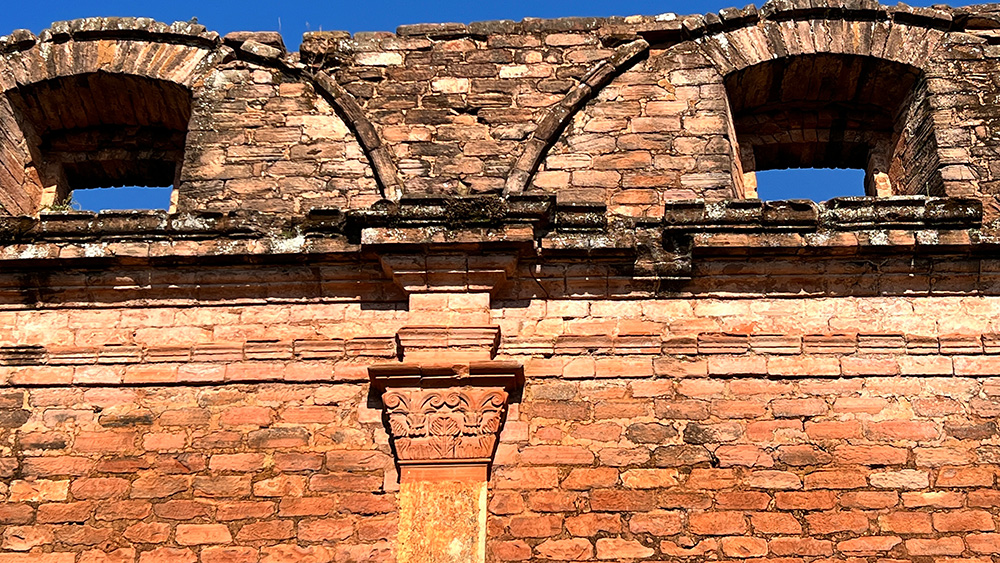 Located just off the main highway, this mission site can easily be reached by bus or taxi from Encarnacion. Although the ruins of Tavarangue were pristine due to their relatively young age, the ruins of Santisima Trinidad were a treasure chest of discovery! These ruins were far more complete, and the grounds far more expansive.

The tour of the site begins with a 15-minute video presentation of the Jesuit sites around Paraguay with a focus on the ruins of Trinidad. Trinidad ruins offer a complete picture of the missions designed to be self-contained societies, existing with their own rules outside of normal colonial life.

Trinidad ruins deserve more time considering the size of the place. The watchtower that serves as sentry over the village is a great starting point. While you can’t enter it, it is easy to imagine the views from its peak.

Close by is the original church that served as the place of worship for the mission until the population grew past its ability to contain them all. The Cathedral is nothing short of breathtaking and while it’s not as large as that in Tavarangue, it has so much more in terms of artistry. The tall walls feature delicate arches, and remains of some of the statues can be seen mounted near the walls. The statues are missing their heads, which were decapitated during the expulsion of the Jesuits and the ransacking of the missions. 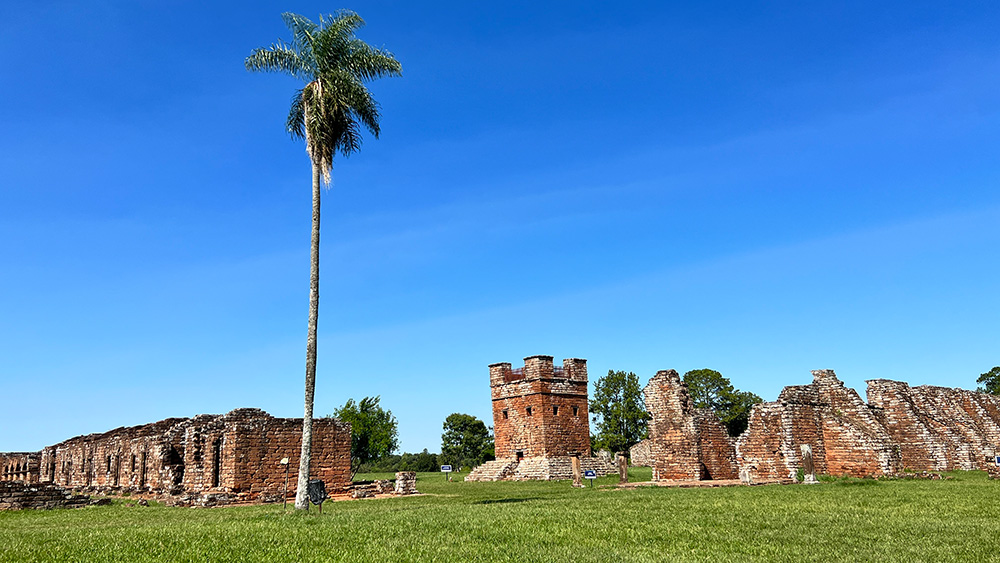 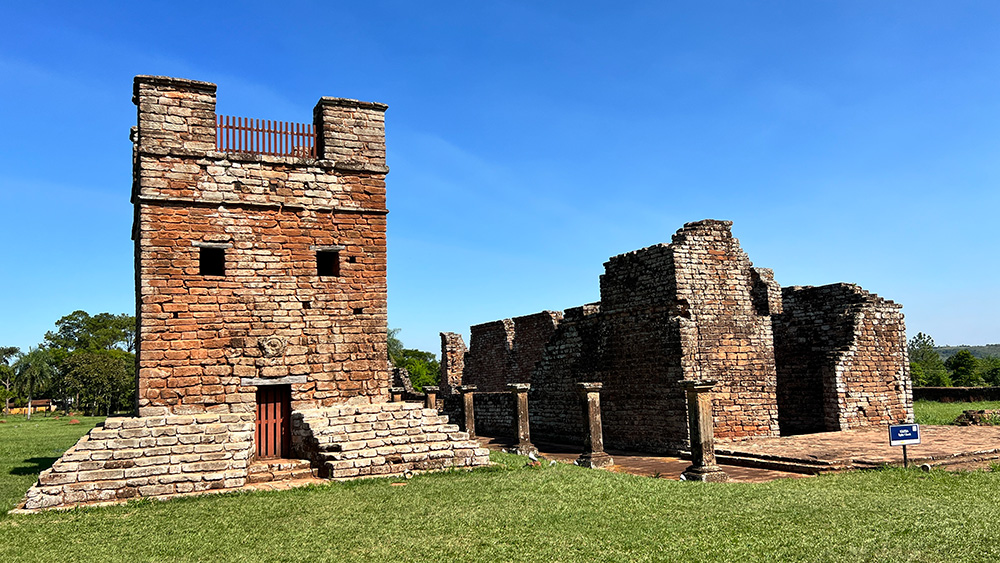 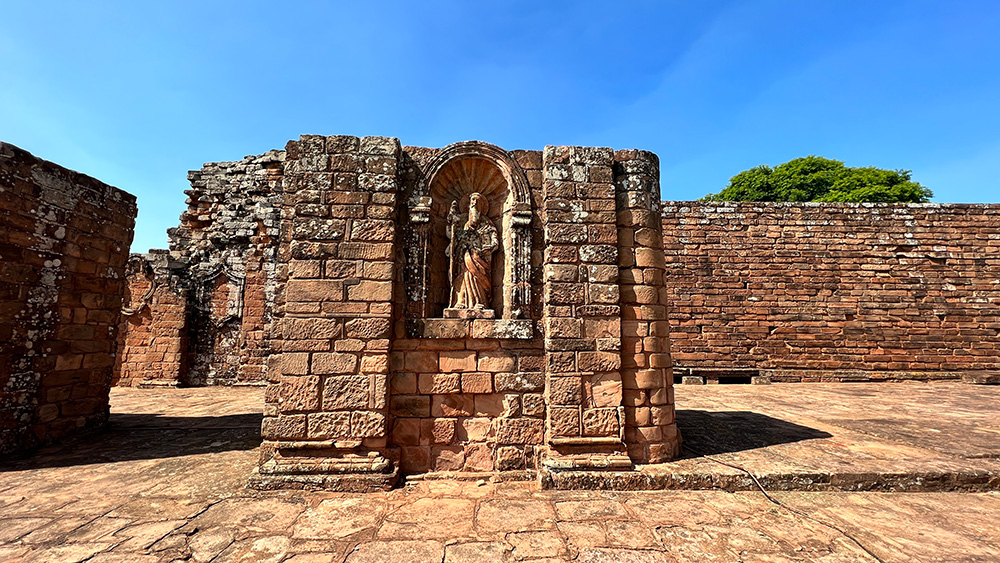 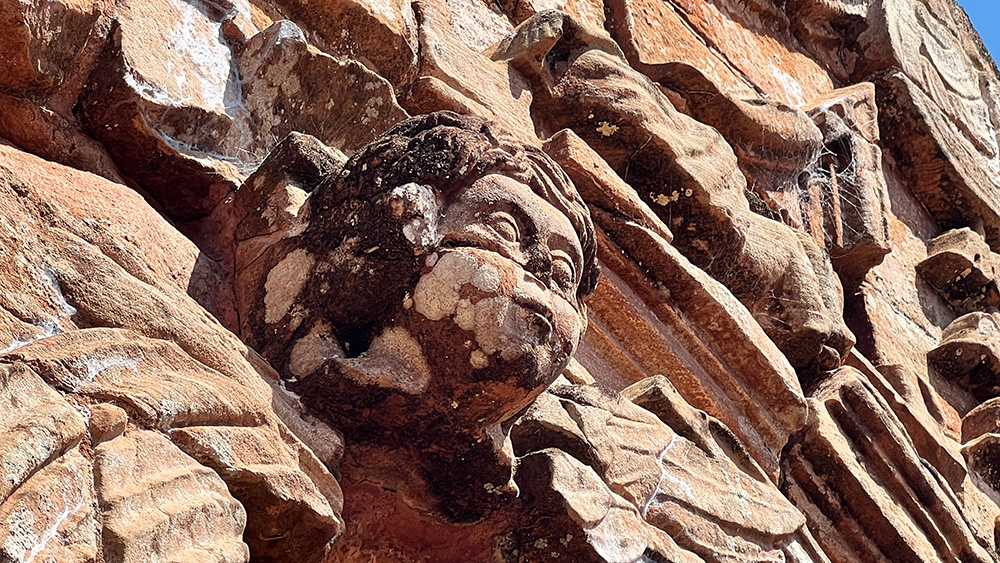 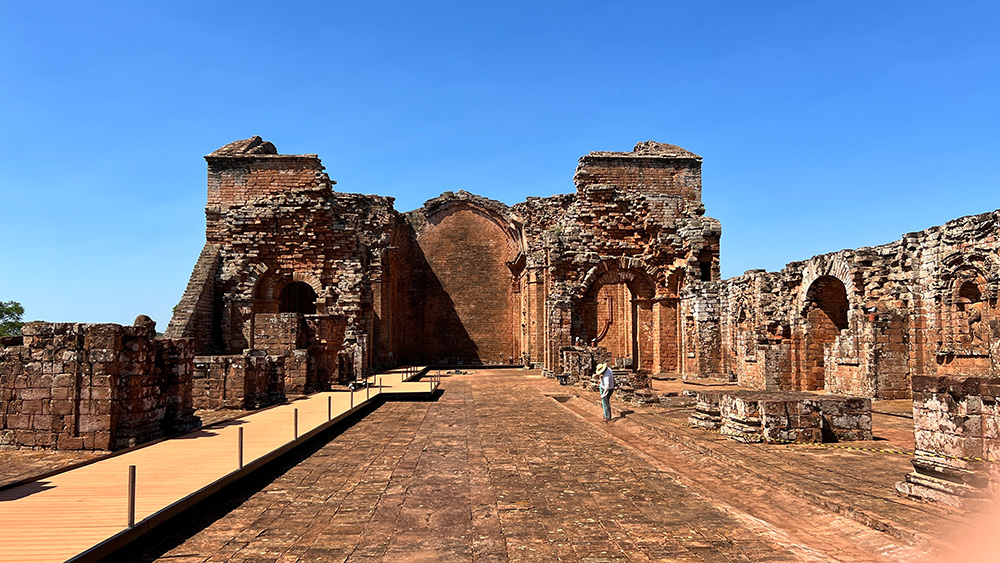 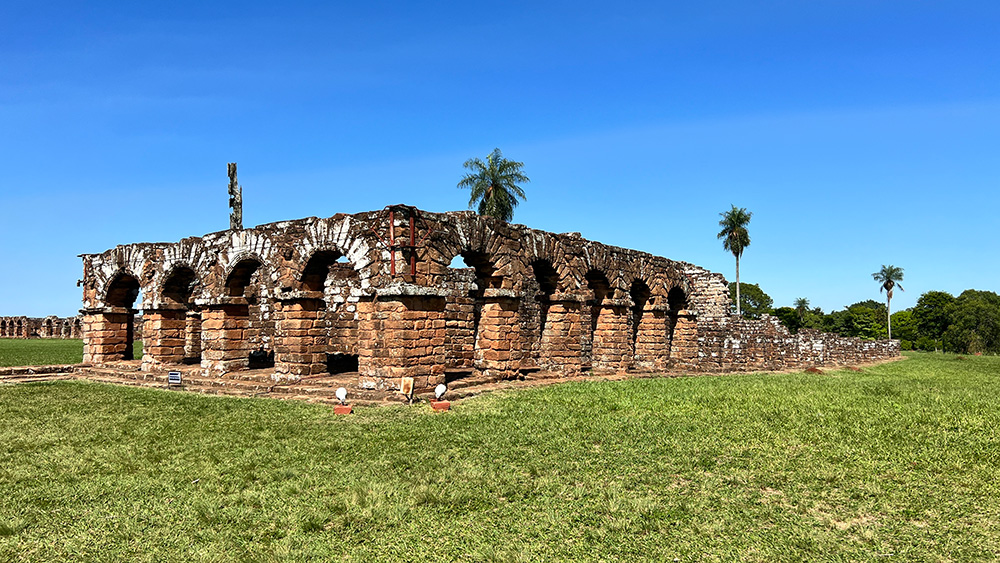 Located just over 80 km (50 miles) from Encarnacion by the Parana river, these are the least visited ruins of the three sites, primarily because of the location. The mission of San Cosme and Damián is the only Jesuit church in Paraguay that still offers services.

During colonial times this mission was the main focus of astronomy in the whole of South America. The Jesuits built telescopes and quadrants for such a purpose, and there is still an astonishingly precise sundial at the site. The church, restored in 1977 after a fire, is named after twin saintly brothers that were believed to be protecting the native Guarani people against the diseases introduced by the European colonists.

It features images of religious value, including it’s two saints and various wooden statues. Visit the observatory and planetarium for a night star observation. 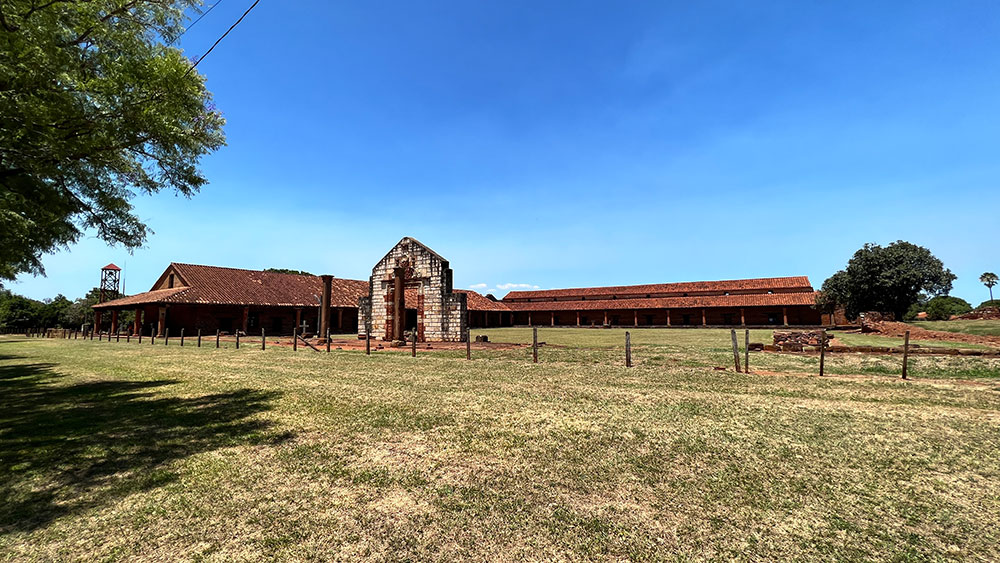 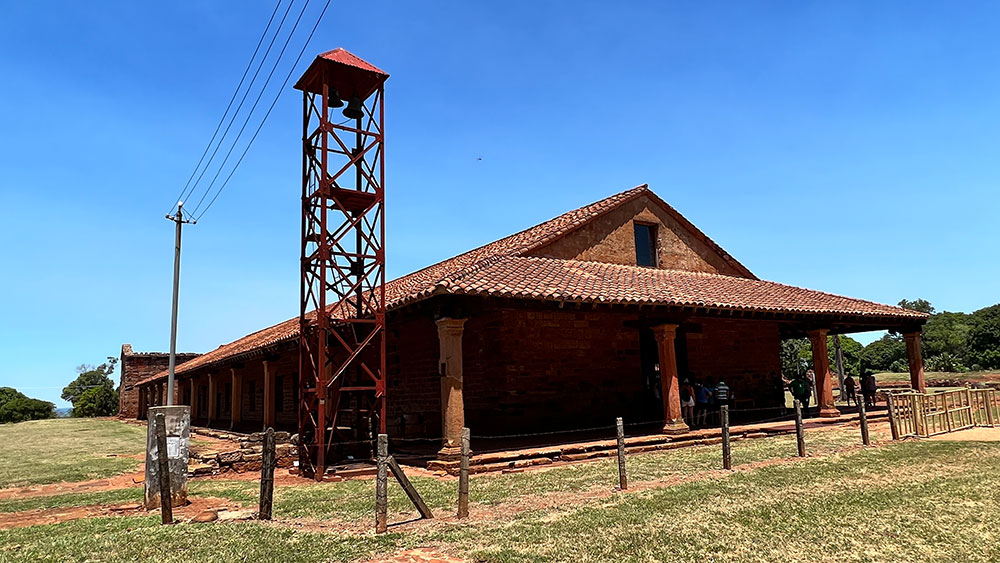 [Main building of Jesuit Mission of San Cosme and Damian] 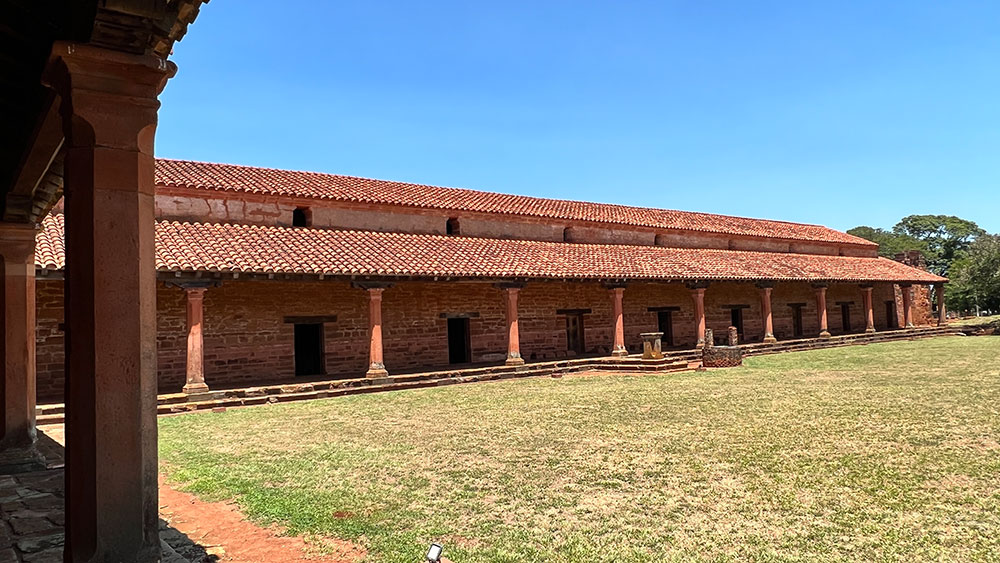 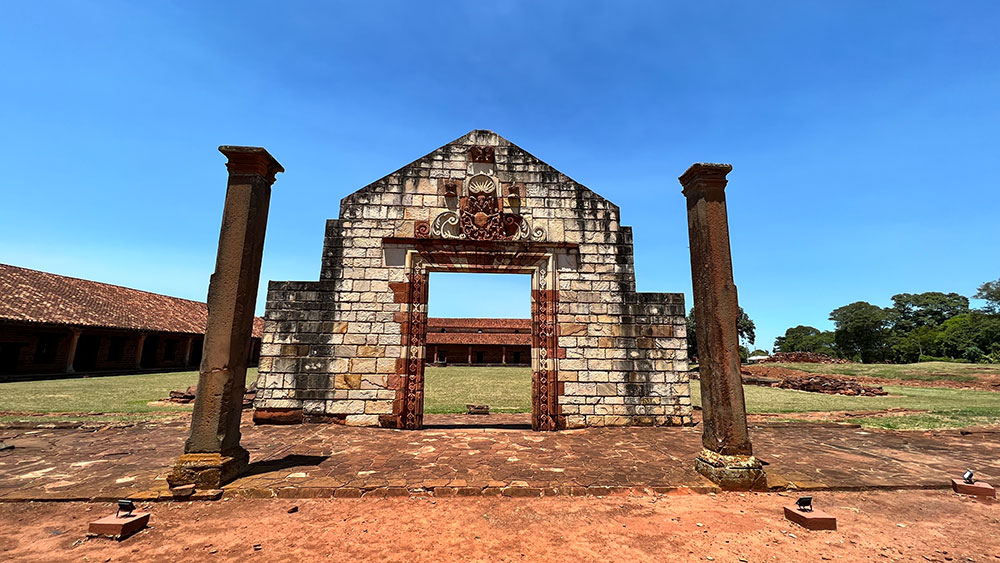 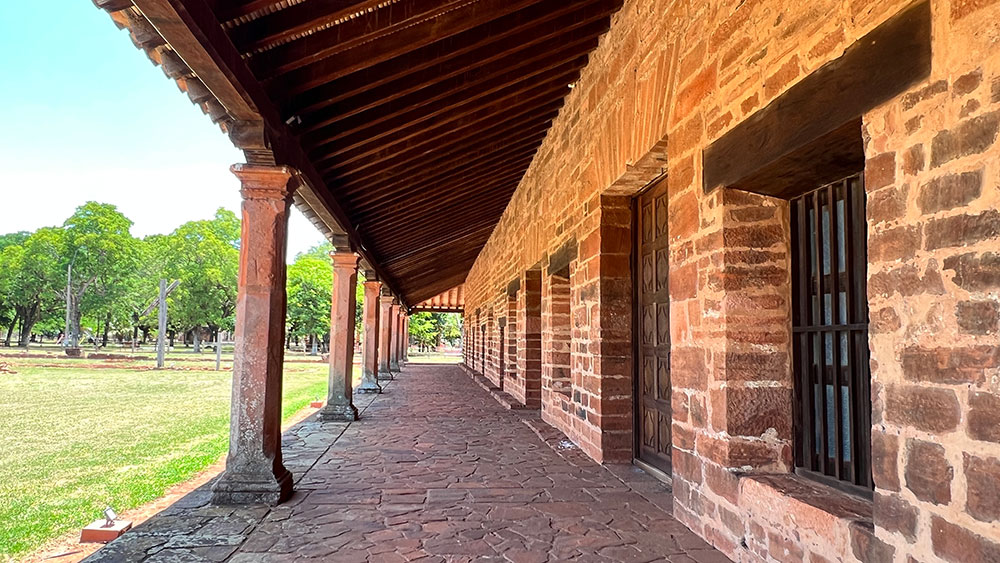 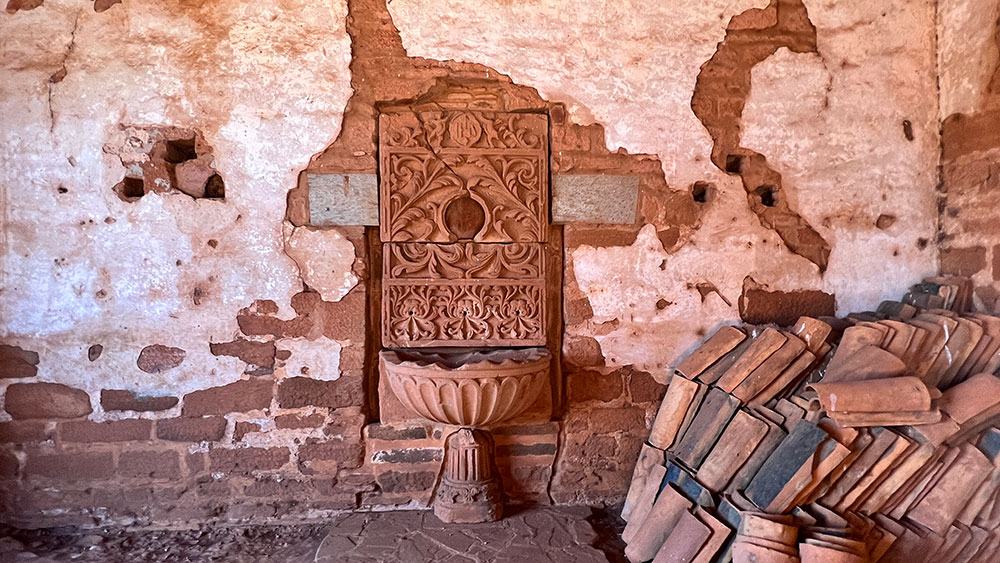