Looking for “top 10 places to visit in a lifetime” online usually results in the usual destinations that almost every travel blog or article offers – Paris, Istanbul, Pyramids of Giza, Great Wall of China, Taj Mahal, etc.

And then there are others that lists the offbeat ones, such as Auschwitz concentration camp (for the horrors of WWII), see the Gorillas of Rwanda, experience the glittering beaches of Maldives, etc. And in my opinion those are the ones that will cast memories of a lifetime for various reasons.

Of all the many spectacular places to experience on this planet, here’s our list of ten places to visit in a lifetime (in no particular order): 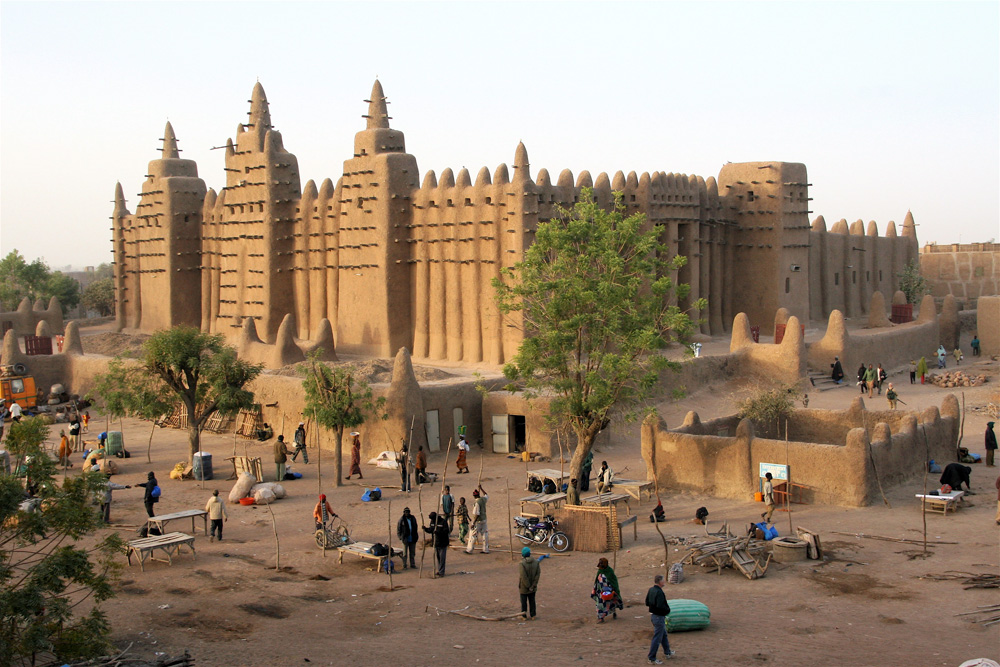 Why?
Designated a UNESCO World Heritage site in 1988, the unique Great Mosque of Djenne is the largest mud-built structure in the world. Designed in Sudano-Sahelian architecture, the walls of the Great Mosque are made of sun-baked earth bricks (called ferey), and sand and earth based mortar, and are coated with a plaster which gives the building its smooth, sculpted look. During the annual festival of the Crepissage de la Grand Mosquée, the entire city contributes to the re-plastering of the mosque’s exterior by kneading into it a mud plaster made from a mixture of butter and fine clay from the alluvial soil of the nearby Niger and Bani rivers. 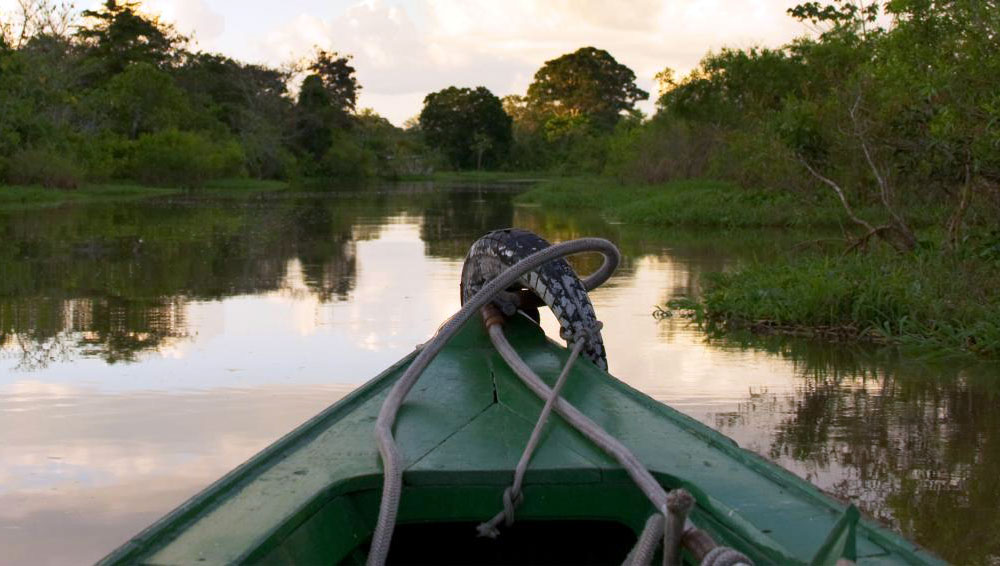 Why?
The biggest rainforest in the world offers the largest species of animals and plants in the world. You may not be able to see even 0.001% in your trip there, but living in the rainforest for three- to six-day tour will give you an insight to the ecosystem that nurtures the planet; and which is endangered because of human activities. 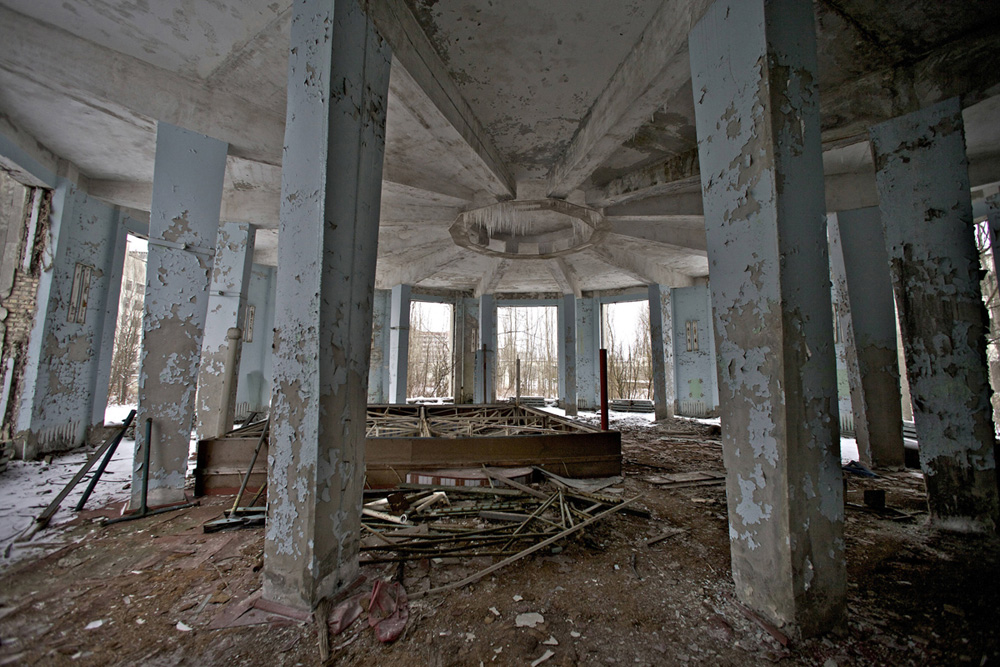 Why?
In April 1986, the world experienced the biggest nuclear disaster when technicians conducting a test inadvertently caused nuclear reactor number four to explode, sending a plume of radiation around the world in the worst-ever civil nuclear disaster. Authorities evacuated 120,000 people from the area, including 43,000 from the city of Pripyat, which is now a ghost town strewed with books, toys and other items that residents left behind. Visiting the 1,000-square-mile exclusion zone in Ukraine still shows traces of radiation that can be seen on a geiger meter. 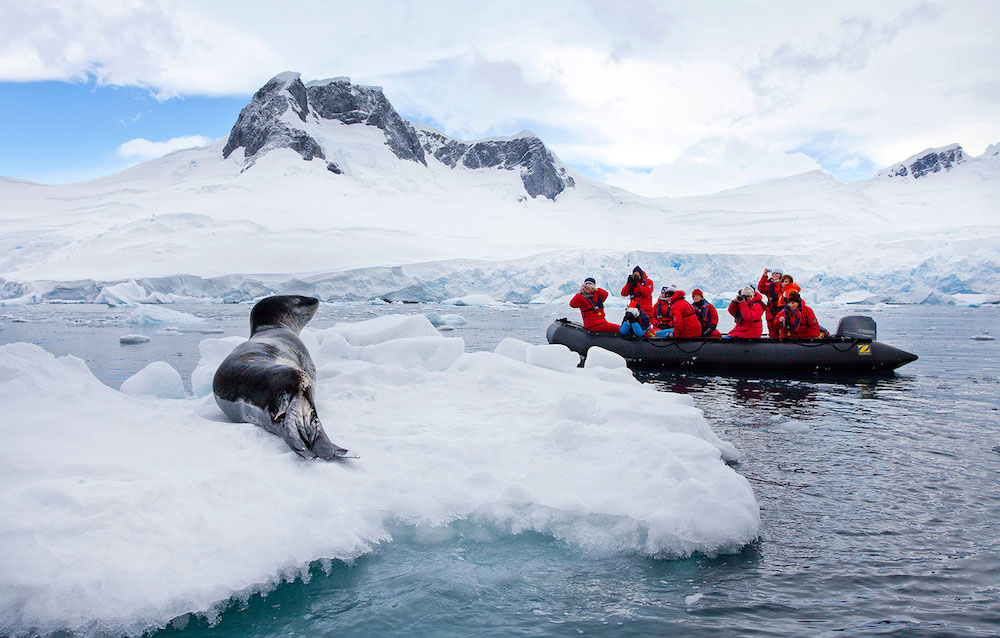 Why?
This doesn’t need any explanation! A three week trip from the southern end of South America will bring you to the only land on Earth that has not been (really) occupied by any country, making it a (kinda) free zone to explore the unknowns of this majestic snow-capped land. Kayaking in the freezing waters, being right next to the penguins & whales, camping next to the massive icebergs, and just being in the southern most end of the world is enough for you to visit this destination. 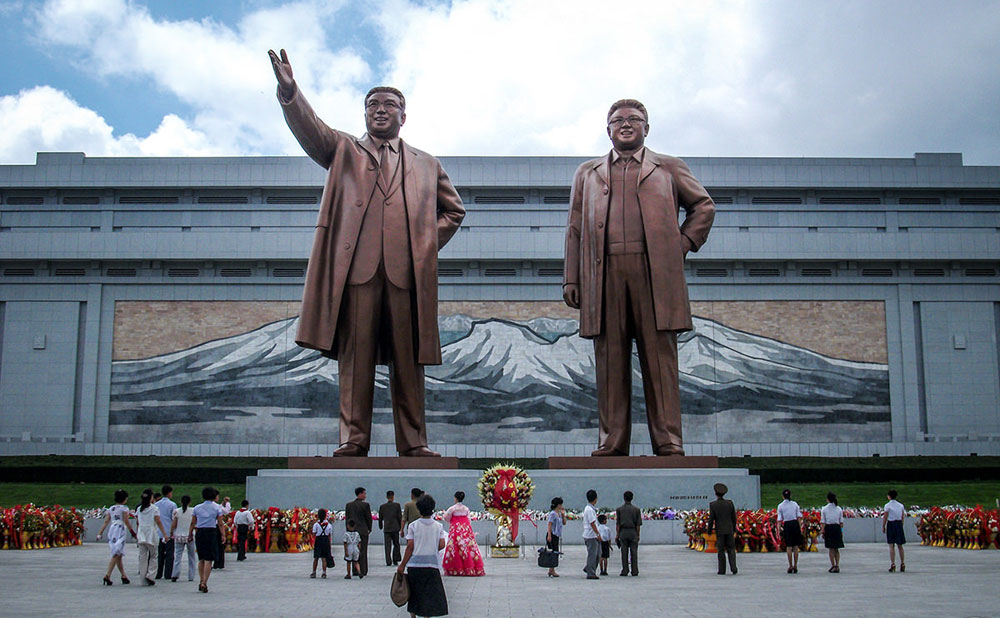 Why?
With only about 4,000 to 6,000 western tourists visiting North Korea each year, visiting the capital city is everything that you’ve always heard – surreal, captivating and empty! One of the safest countries to visit because of its lack of independent travel and tight control over its citizens, Pyongyang is the ultimate totalitarian metropolis, built almost entirely from scratch following its destruction in the Korean War. The city’s monuments, towers, statues and buildings that glorify the past dictators and the Juche philosophy are some of the most impressive sights to see, particularly if immense Socialist Realist monuments interest you. 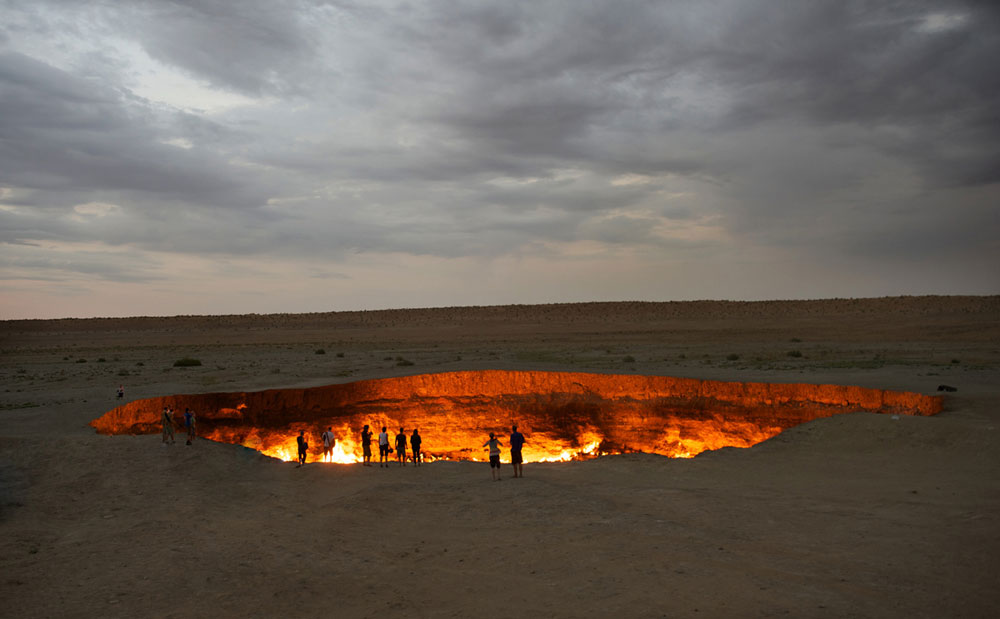 Why?
In 1971 in the Karakum desert, not far from the Darvaza village in Soviet Union (now in Turkmenistan) that is translated from Turkmen as ‘gate’, geologists started to drill at the site where they tapped into a cavern filled with natural gas. During the drilling an accident happened, equipment and transport fell down in a big hole. Fearing that the hole would lead to the release of poisonous gases, the team decided to burn it off. It was hoped that the fire would use all the fuel within few days, but weeks, months and years passed, and it is still burning today. The view of the flame burning in the desert is bewitching and intriguing. 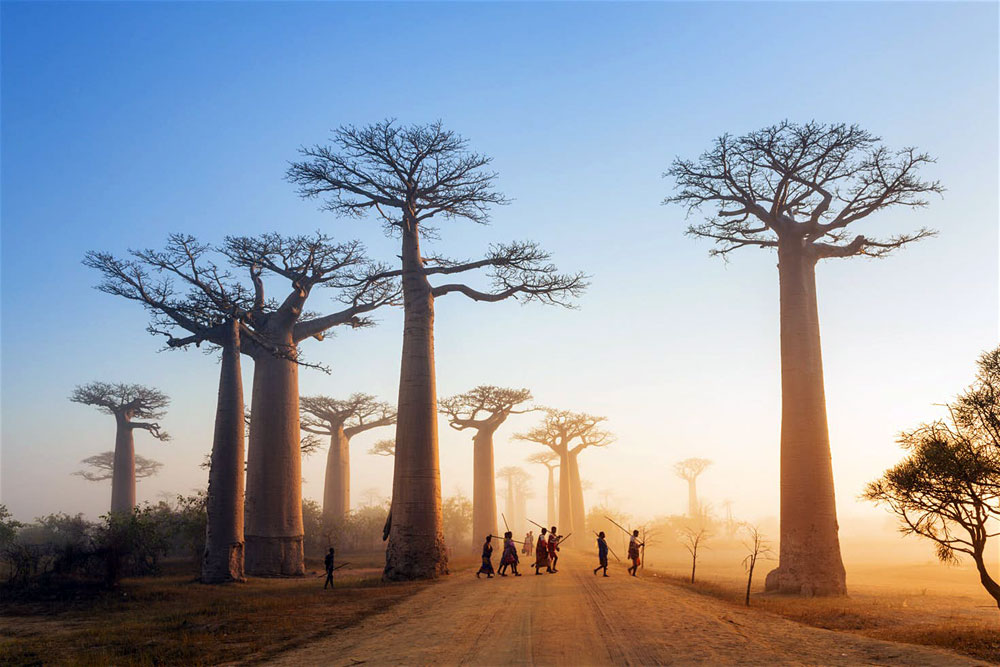 Why?
Known as the land of Lemurs and baobabs, Madagascar lies in the Indian Ocean off the southeast coast of Africa. Of roughly 200,000 known species found on Madagascar, about 150,000 are endemic, meaning they exist nowhere else. Since the arrival of humans on Madagascar, at least 17 species of lemur have become extinct; which makes it essential for everyone to visit this biodiverse island. Another reason to visit Madagascar is a labyrinth of sharp vertical rock formations formed by soil erosion is the hallmark of Tsingy de Bemaraha National Park. 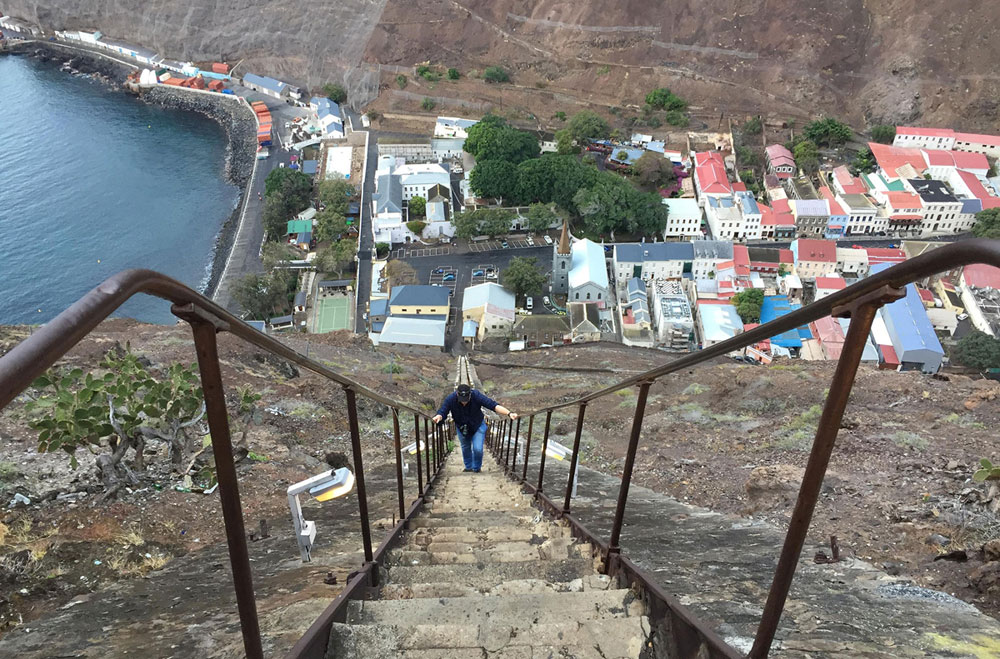 Why?
Located in the south Atlantic Ocean, St. Helena is a British Overseas Territory that is one of the most remote islands in the world. The only way to access this volcanic island of only 47 square miles was by 5-night sea voyage from Cape Town. But now a new airport serves flights from South Africa. With only 4,500 inhabitants in Jamestown, climb the 699 steps of Jacob’s Ladder and Diana’s Peak for the best views of the only “town”. 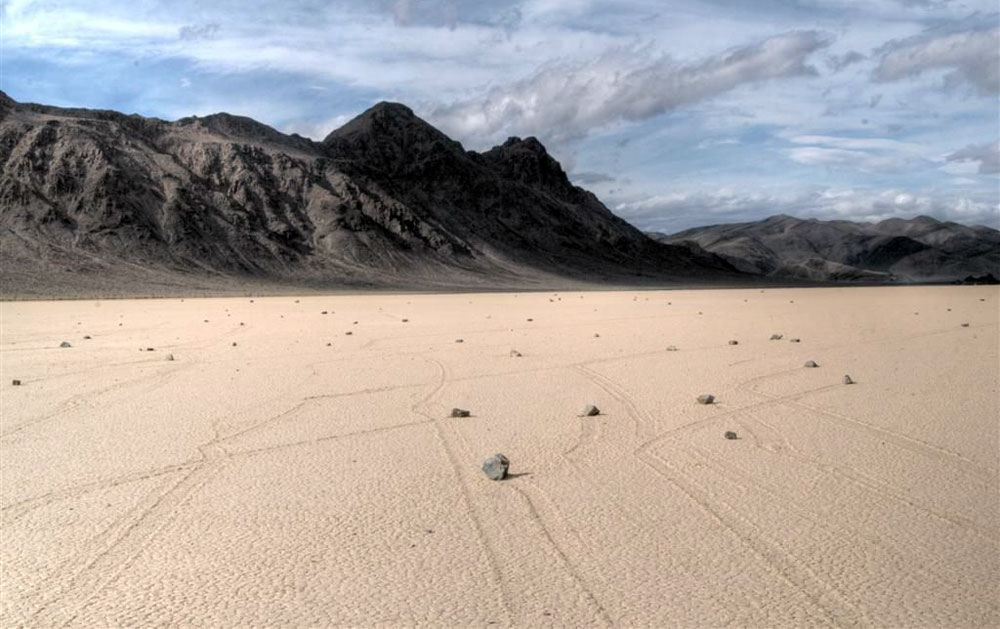 Why?
A large, dry lake-bed located in Death Valley National Park (in California), Racetrack Playa is extremely flat, and covered with dried mud hexagons, which gives the playa its characteristic appearance. Scattered about the desert are large rocks with mysterious trails left behind them. The trails show that these rocks have rolled and zig-zagged across the ground, sometimes for as long as 860 feet. The trails last for years before fading, so it is almost impossible to predict when the stones will move or how fast they move! Yes, you read it right – the rocks move on their own, leaving a trail behind. A sighting of the 700-pound Karen was made over half a mile! 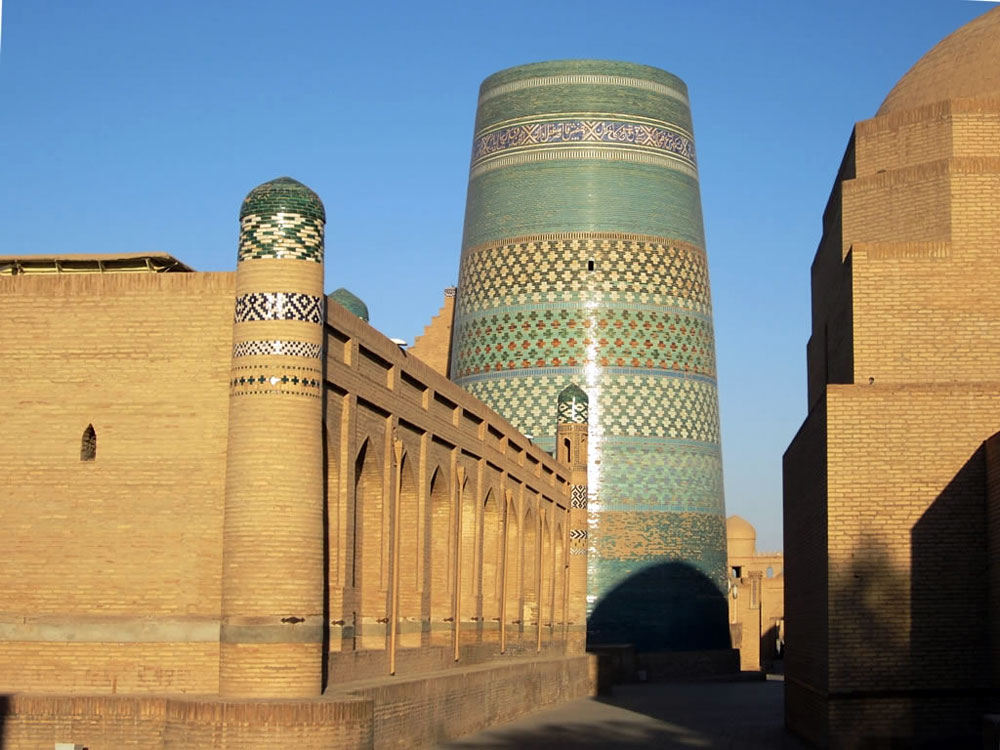 Why?
Uzbekistan’s UNESCO-listed treasure, Khiva is a well-preserved and fascinating city typified by the wondrous madrasas and mosques, with their intricate majolica patterns. A walker’s paradise, with most of the monuments within a short distance of each other, the Ichon Qala is the giant defensive wall dominating the skyline, marking out the old town from the new town. Make sure to visit the Islom-Huja mosque and minaret for Khiva’s highest point and, if you can climb all 118 steps, you will be rewarded with a panoramic view of the town and the desert beyond.

What are your top ten places to visit? Send your list in comments below.

« The Ultimate Packing List
How to Sleep Well in Unfamiliar Places »