The Sonoran Desert earned its name from the Mexican state of Sonora but, mother nature knows no nationality. This particular patch of arid wilderness stretches from Baja California Sur to southern California and even parts of Arizona. It’s the hottest desert in Mexico and the second hottest desert in the United States. It’s also home to several national monuments, a few historic towns, and a number of unique flora and fauna. If you’ve been dreaming about exploring the Southwest United States, add these three Sonoran desert road trips to your bucket list. While it’s difficult to call one national park or historic location “better” than another, these recommendations were chosen to provide you with a suitable blend of history, culture, and natural splendour. 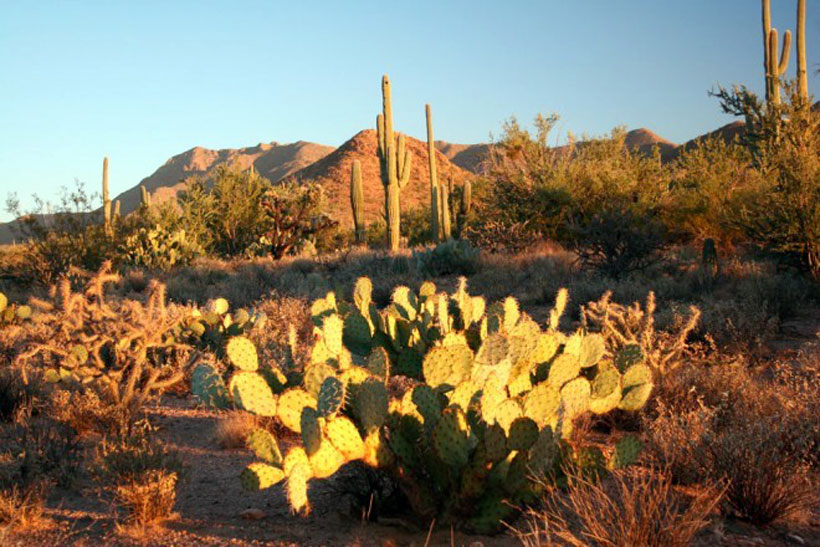 The Sonoran Desert is home to two of the tallest species of cactus in the world. The saguaro cactus can grow to more than 40 feet tall, and its cousin, cardón, can grow to more than 60 feet in height. Visitors can experience the magic of these ancients plants in Saguaro National Park, near the city of Tucson, Arizona. The park land is divided into two distinct areas–the Tucson Mountain District (TMD) is located to the west of Tucson, while the Rincon Mountain District resides to the east (RMD).

While these parks differ in both geology and climate, they’re both home to majestic forests of saguaro. Over the last 30 million years, the Rincon Mountains have been pushed to higher elevations, while the Tucson Mountains have begun the long process of erosion. As a result, the RMD has higher levels of precipitation and can support a wider variety of plants and animals. That said, both parks have plenty of picnic areas and scenic hiking trails. While in the TMD, visitors should hike the Valley View Overlook Trail and view the ancient Hohokam petroglyphs. Some of the top attractions in the RMD include Rincon Peak Trail and a scenic automobile tour.

I live in Phoenix, AZ, a hop, skip, and a jump from our second destination. While there are plenty of things to do in the Valley of the Sun, most of the attractions are comparable to other large urban sprawls. Sedona, however, is in a league of its own. Located near the northeast boundary of the Sonoran desert, this desert village is surrounded by red cliffs, narrow canyons, and dense pine forests. It’s also home to the Tlaquepaque Arts and Crafts Village, a beautiful, outdoor shopping area with cobblestone streets, glass artisans, and hand-crafted jewelry.

Outside city limits, visitors can explore Montezuma Castle National Monument, a group of 20 or so preserved cliff dwellings set in a towering limestone cliff. This ancient settlement is one of the best-preserved cliff dwellings in all of North America. Make sure you aside at least two hours to explore the museum and learn about the Sinagua people who struggled to survive in the Verde Valley more than more than 1,000 years ago. You can also hike among scenic groves of sycamores or picnic along the shores of Beaver Creek.

3rd Place – Tombstone, the Town Too Tough to Die 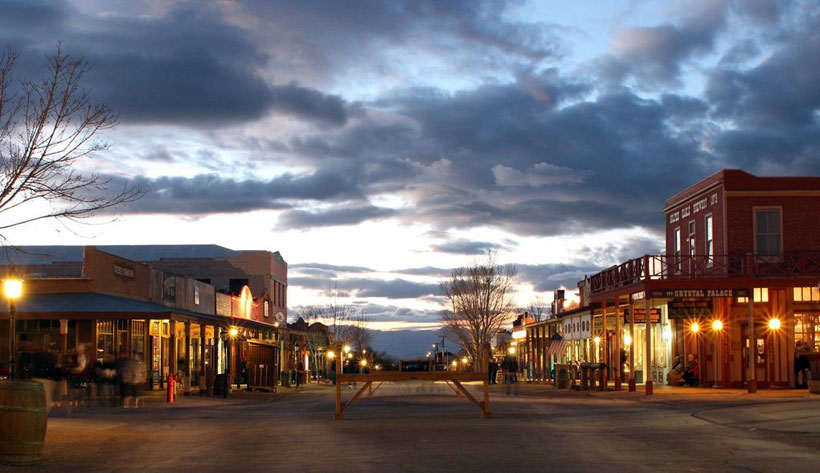 Tombstone, Arizona is also known as “The Town Too Tough to Die.” Every Memorial Day, this tiny city celebrates the history of the old west with a Wyatt Earp Days festival. This two-day event features staged gunfights, a massive chili cookoff, and even mock hangings. Wyatt Earp, himself, was a notorious gambler and sheriff who took part in the famous O.K. Corral shootout. Over the years, this event has come to represent a time when the American West was a vast expanse of wilderness populated by cowboys, bandits, and lawmen. Visitors can tour the O.K. Corral daily and experience reenactments of the infamous shootout.

USA Today put it perfectly when it called Tombstone “the perfect blend of historical and tacky.” As such, it’s probably no surprise that two of the most popular tourist destinations include a brothel and a graveyard. The Bird Cage Theatre Museum is a former brothel that has been converted into a modern museum. However, instead of restoring the aging architecture, the premises was preserved to show the honest nature of the institution. Before you leave Tombstone, you should also stop by Boot Hill Graveyard, the first cemetery in Tombstone. This historic site stopped accepting new residents in 1983, but it was said to be the graveyard for people who “died with their boots on.”

Honorable Mentions
The Sonoran Desert is a magical place, and these destinations are just the tip of the (hypothetical) iceberg. That said, some other notable destinations include Joshua Tree National Park in Southern California, the Casa Grande Ruins National Monument in Coolidge Arizona, and the Sonoran Desert Museum in Tucson, AZ. 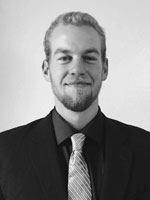 Jayson Goetz a freelance writer living in Phoenix, Arizona. A graduate of Arizona State, he is a die hard Sun Devils fan. In his free time, he enjoys hiking & travelling. He has visited 21 countries & would like to explore all continents by age 40.