Nature certainly has some cool tricks up its sleeve to keep us spellbound and one such amazing act is the Aurora Borealis commonly known as Northern Lights. This dazzling performance of multi-colored streaks and swirls shimmering in the dark sky is bound to make any traveller entranced. The Northern Lights is a natural phenomenon that occurs when solar flares infuse with earth’s atmosphere, the reaction gives us the most surreal experience of witnessing the world’s most dramatic light show. Most of the Aurora Borealis activity can be viewed in countries that fall under the auroral zone, such as Canada, Russia, and Scandinavian countries. However, certain places in the USA also fall under this belt from where you can view this ethereal gleaming sky. Here’s where you need to be if you wish to view the Northern Lights on your USA trip.

Tips for travellers: Best time to visit Alaska for Northern Lights is from September to April. Do make it a point to wear layers of warm clothes as Alaska is known for harsh wintry climates and it can get very frigid during late night hours when the sky is pitch black – an ideal screen for a breathtaking light show. A basic Northern Lights tour may cost approx. 100 USD. 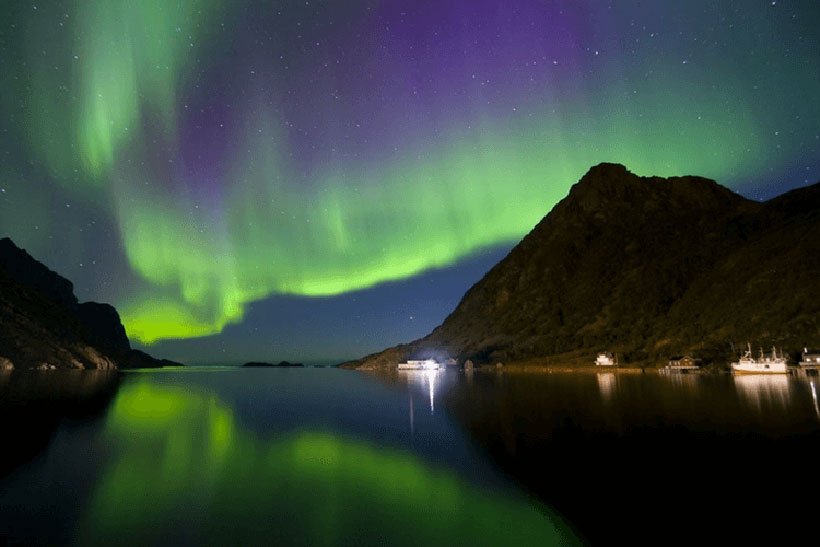 Idaho
The northwestern mountainous state of USA – Idaho offers incredible scenic delights for nature lovers and is known as a hot spot for Northern Lights viewing. Set near to the Canadian borders, Idaho has some of the clearest and darkest of skies where Northern Lights can be viewed magnificently. The best places to view Northern Lights in Idaho is at Priest Lake where the swirled swathes of bright colours are mirrored on the glassy lake and the Idaho Panhandle National Forest where you can watch this amazing nature light show amid the backdrop of hazy wilderness.

Tips for travellers: Though Idaho isn’t popularly featured in an American tour itinerary, you would be surprised by what this hidden gem has to offer to its visitors. It’s a complete family destination that clubs pristine nature with recreational activities and adventure sports which are worth the visit. 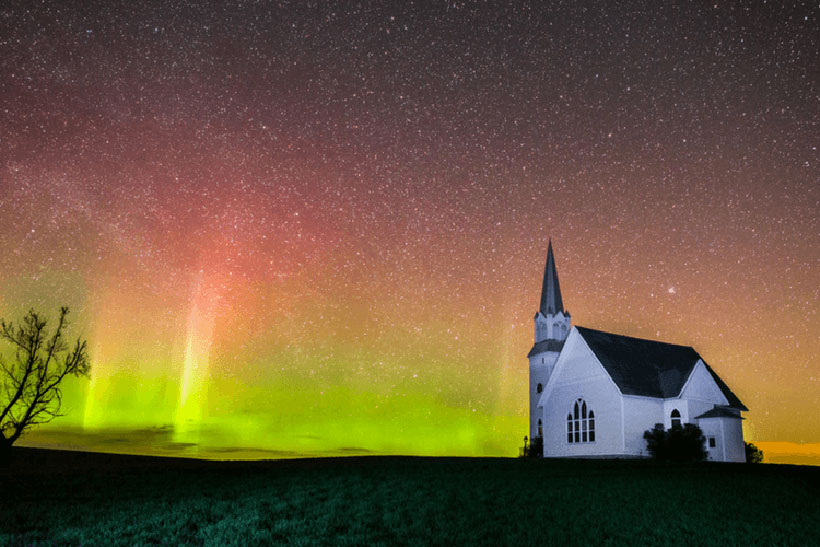 Minnesota
This northern state bordering Canada is a perfect answer to the question “where to see northern lights in the USA?” Minnesota presents lots of opportunities in several places to view some of the best sights of Northern Lights in the USA. Head to Beaver Bay, Kittson County, Sherburne National Wildlife Refuge and Duluth to capture some amazing time-lapse videos and photographs of the surreal illuminated sky.

Note: The Sherburne National Wildlife Refuge is open only 30 minutes before sunrise to 30 minutes after sunset, so it is not open during the hours of the night when northern lights are visible. You can park on the shoulder of the county road, but the access to parking lots further into the refuge is not available.

Tips for travellers: Visit Minnesota during fall or winter which is the when most Northern Lights sightings are guaranteed. Be sure to pack thermal clothes and be prepared for the frigid weather. 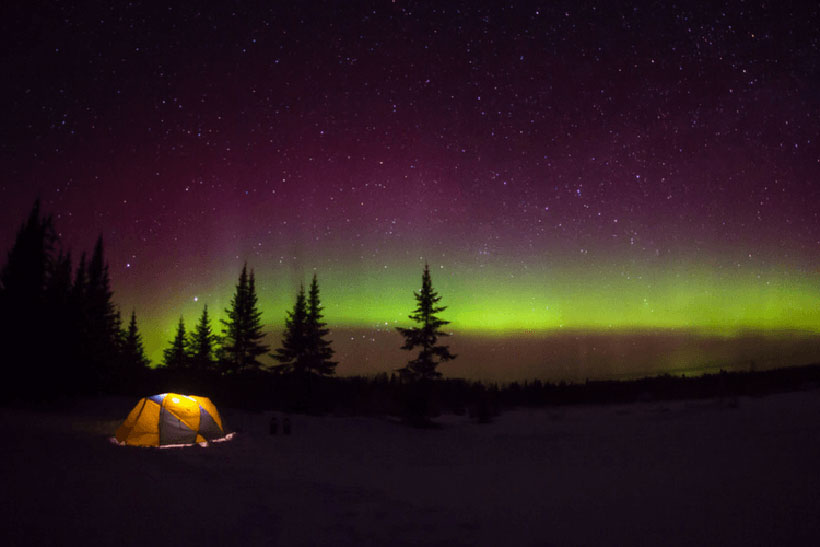 Tips for travellers: Northern Lights can be seen across Maine sky usually during the winter months. The Best way to explore Maine is on a Self-Drive Tour. Don’t forget to delve on some delicious seafood-Maine is famous for its lobsters delicacies. 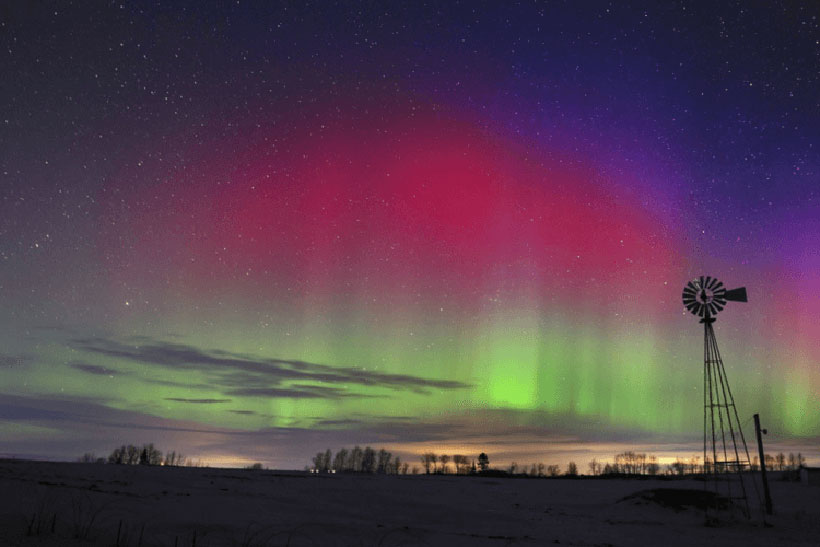 Pennsylvania
Set on the eastern coast, neighboring the Big Apple City, Pennsylvania has a mix of colonial influence, urban boom, and laid back countryside. The gorgeous countryside is where you need to be to watch the northern lights. Cherry Springs Park and Presque Isle are two ideal spots where you can catch Northern Lights activities at its brightest in Pennsylvania.

Tips for travellers: Autumn is a colorful season in Pennsylvania as it is the best time to view the vivid fall foliage as well as the Northern Lights brilliantly streaked on its dark skies. It’s a great place to go camping and spend the night under the kaleidoscopic sky watching the ethereal display of colorful swirls. 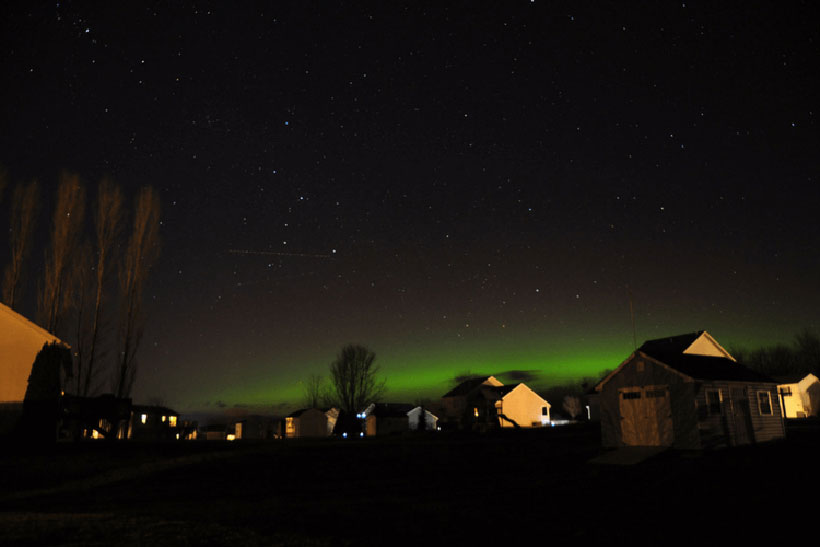 Watching the Northern Lights is an otherworldly experience that makes you wonder and appreciate nature’s marvelous creativity. Who would have ever thought that there could be more to moonlight and twinkling stars on a dark night? The intense hues of purple, pink and green gleaming throughout the dark sky is absolutely astounding to watch. Though the Northern Lights put up a spectacular show for those residing in the far north frigid destinations, you certainly don’t need to travel all the way up to the arctic zone to catch a glimpse of this intense nature show. The states bordering the Canadian frontier have some of the darkest skies and scarce lighting which are apt for a dramatic display of Northern Lights. It is said that 2017 is the last year Northern Lights can be sighted in its brilliantly bright hues. Every year, the chances of watching the aurora borealis are decreasing. So grab your chance, get your tourist visa to USA done and head for a memorable US vacation with a Northern Lights holiday package included and experience the best trip of your life. 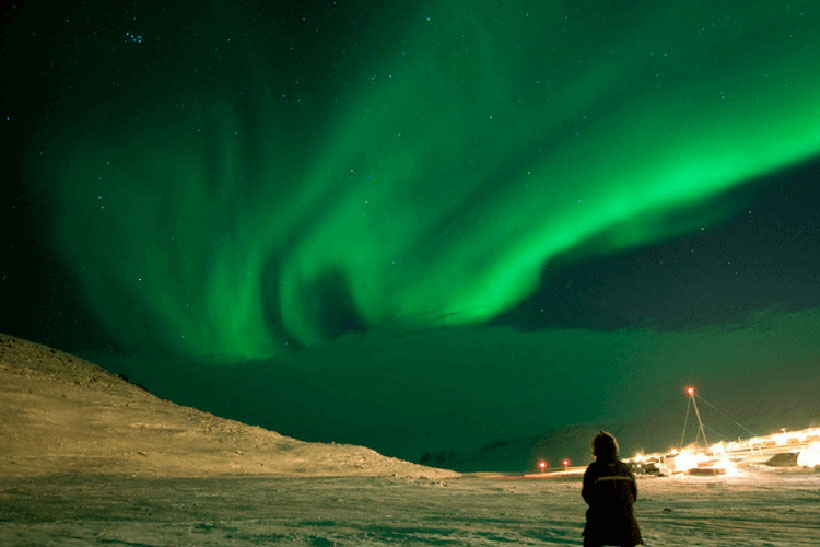 About the author
Priya is an avid traveller who loves exploring different holiday destinations and shares her experience as a travel blogger. She believes in enjoying the present moments of her life to the fullest and loves adventurous travel.