It was the beginning of December and I was excited to backpack through Central America, starting from Panama City and making my way up to Belize. Visiting some of the best sights of Panama, Costa Rica, Nicaragua, Guatemala and ending in the Caribbean nation of Belize, while skipping El Salvador and Honduras in the middle.

With cheap flights in the region, and wanting to spend more time in Costa Rica, I decided to fly from Panama City to San Jose on Copa Air costing just $49 one way! I was to arrive at San Jose airport (SJO) at 5:00pm, and wanted to go directly to Quepos on the Pacific coast, about 160km or 3 hours away by car. 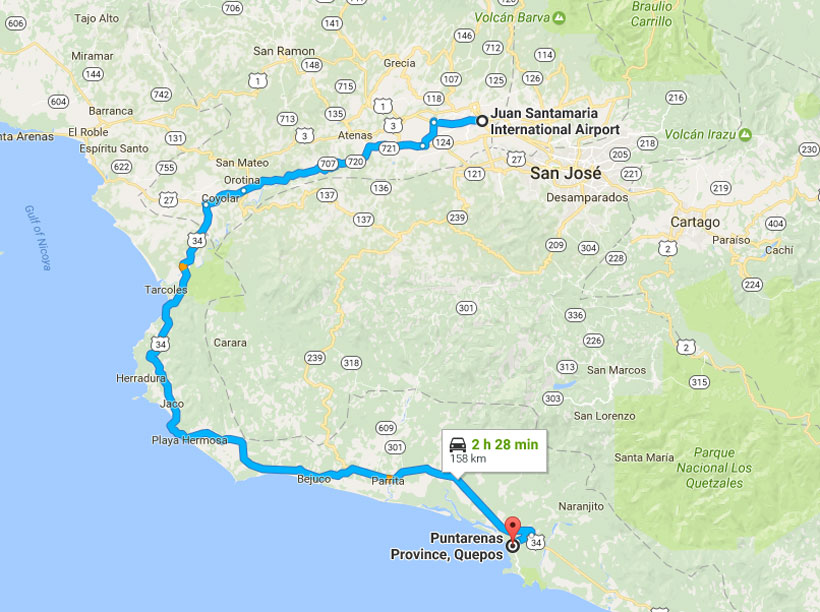 Past 6pm, there are three options to do this:

Since I was on a budget trip, I was not going to spend US$200 for a taxi or car, which left me with the option to take the bus. The one company (Puntarenas) that runs between SJO airport to Quepos had last bus at 4:30pm. Alright, I was screwed!

I could have stayed back in San Jose that night and headed to Quepos next morning, but I had already booked Manuel Antonio park tour starting at 8am, so I was adamant to reach Quespos that evening. This is when I recollected reading some blogs that hitchhiking in Costa Rica was a good option; while the next thought was about that other blog I had read, saying it is not safe! But first things first is what I said to myself – let’s go to the bus station in San Jose and maybe, just maybe I can find a bus going to Quepos. After all it’s a bus station, so I may have options from there.

Heading out of the airport, I met with some German travelers and we took a shared taxi from the airport to San Jose bus station, about 18km away, taking one hour. 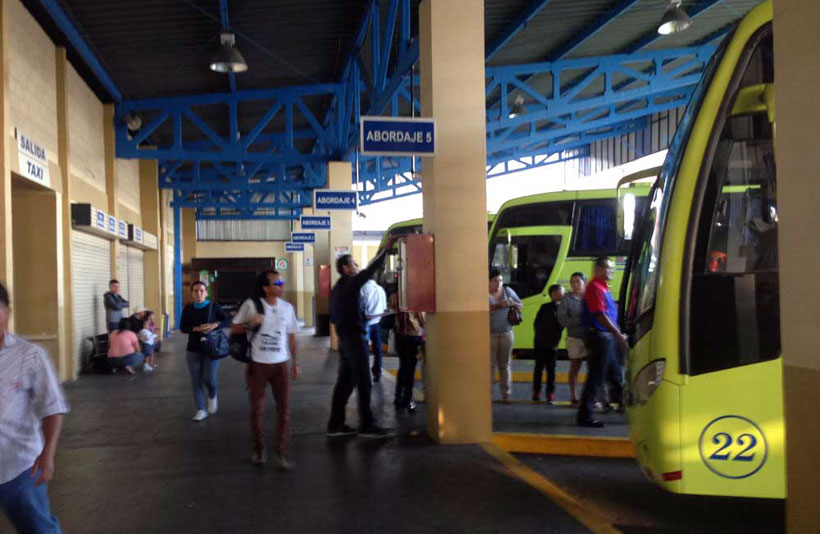 It was after 7pm when I reached the terminal and as my bad luck would have it, there were no buses leaving after 5pm, not even the shared taxis waiting outside. I was about to give up and stay in San Jose, when I heard this guy come up to me and asking where I was heading. Obviously, he wasn’t going to Quepos but to Jaco, and offered a “seat” in the back of his pickup truck, for free! Worried about finding my way from Jaco to Quepos, I was reluctant on getting in the truck; and perhaps finding that one person going to Quepos and not charging an arm or leg.

Another 20 minutes in hunting for someone going to Quepos, the same guy walks to me and asks “Me voy. ¿Quieres venir o no?” I knew it was now or never, so feeling all adventurous, I jumped in the pickup truck, held my backpack and sat next to a kid who was with his mother and two goats! With a lot of apprehension I reassured myself that it will be okay and I will not be kidnapped or mugged along the way!

Being optimisitc, I assumed it will be about 2 hours to Jaco if we go at a steady pace. But about 40 minutes on the road, we had a flat tire. No worries, this is just a minor setback, I said to myself; and it actually was, just adding another 20 minutes to my arrival time. Another 30 minutes and hell broke loose when it started to pour down like the skies had gulped all the water in the world! My fellow companions were smart and fast enough to pull out huge plastic sheets and duck under them, while pulling the goats in them too! Feeling very thankful to have them with me, I tucked myself in the middle while holding my backpack in my arms, preventing it from getting soaked in the water. This is when one of the goats started to panic and jumped on my backpack, wanting to keep dry!!

Luckily the pickup truck didn’t get flooded and had some outlet to let the water out. And the driver didn’t care about the goods (read humans & goats) he was carrying, kept pace on the bumpy road. The pitch dark highway and the torrential rains drained my energy and hopes of getting to Quepos that night. But the rains stopped after 20 minutes and I reached Jaco at about 9:45pm.

I requested the driver to drop me to the bus station, again hoping to catch a local bus or taxi to Quepos. This is when I was told by the kid sitting next to me that the bus station was practically closed with no buses leaving anytime before 5am next day! And not wanting to spend anymore on taxi to Quepos, I was recommended to get down at the highway and hitchhike! And that’s what I decided to do.

Hitchhiking can be strenuous because not everyone want to give a lift to strangers waiting by the street side. But I was determined to get to Quepos, so I stood by the street, pointing my thumb out for anyone to stop and offer me a ride. About 45 minutes on the highway, I was about to call it a night and spend money on a taxi; or maybe stay the night in Jaco and take the bus early morning. This is when an elderly British couple stopped by and luckily they were off to Quepos!

After a brief introduction and me getting in the car, I narrated my adventure and the kind lady gave me a stare and said “you are out of your f***king mind to do what you’ve done,” and gave some insights on how it could be extremely dangerous to even think about doing what I did. Completely drained, yet relieved, I just smiled and kept quiet. Sharing some more stories on travels, I was at my hotel in Quepos at about 11:45pm. 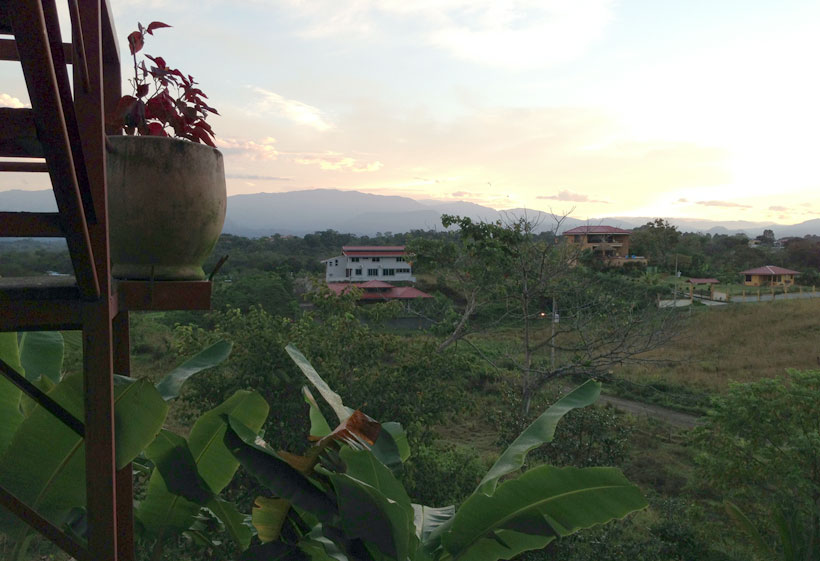 [Sunrise from my room in Quepos]

« Electronics in cabin not allowed for U.S. bound flights from 8 countries. U.K. to follow
Visiting one of Africa’s natural wonders – Victoria Falls »