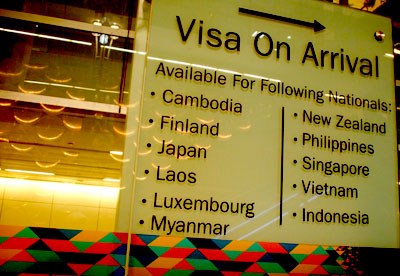 Electronic tourist visas (e-TVs) will be extended to citizens of 37 more countries starting today, taking the total number to 150.

Tourists traveling to India from 43 countries will now be able to apply online and receive the approval within four working days, before getting their visa at an airport on arrival. Britain, India’s former colonial master, is not included on the new list.

Under the scheme, tourists will be able to pick up their visas from nine Indian airports. Tourists can apply twice a year for 30-day visas which cannot be extended. Tourists must also have a return ticket.

Originally published: February 5, 2014
Last year in August, India announced that it will expand the visa-on-arrival to 11 more countries. And now starting later this year, India will extend that facility to 180 countries in the world, except for Pakistan, Sudan, Afghanistan, Iran, Iraq, Nigeria, Sri Lanka and Somalia.

The visa will be valid for 30 days from arrival in India, and will be available at all the 26 major airports from where international airlines fly.

A new website would be set up where travelers will be required to apply through, prior to their arrival in India, along with the required fees. They would be granted an electronic version of the visa within three days.

The visa-on-arrival facility would save time and expenses of the foreign nationals as they would no longer need to visit Indian missions to get visas for touring India.

We will be posting more details as we get them.

« DealRay will send super cheap, “mistakes” fares to your phone
How to take your travel photos to the next level »