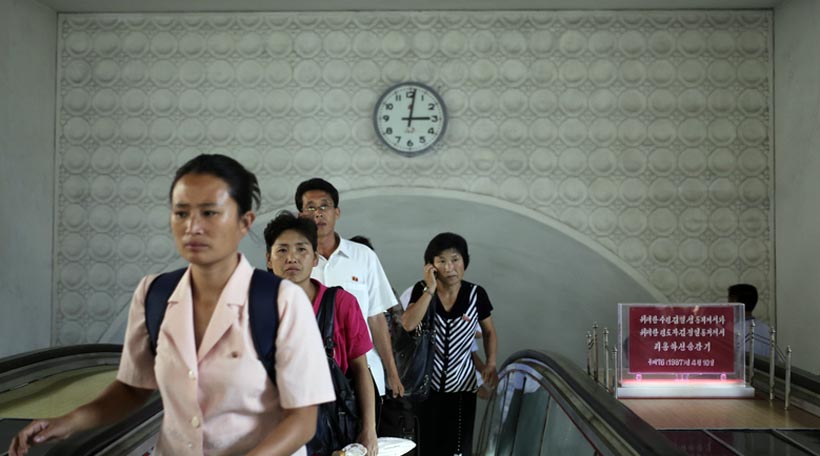 If you are one of the few thousands of visitors to the Hermit Kingdom, take a note of this – North Korea will be setting their clocks back by 30 minutes on August 15, 2015. The state news agency, KCNA, has announced that North Korea will set to “Pyongyang time” on August 15 , which is the 70th anniversary of liberation from Japan.

Currently at GMT +9 hours, the country will reset the time to GMT +08:30, as it was set during Japan’s rule over what was single Korea from 1910 to 1945. South Korea says it uses the same time zone as Japan because it’s more practical and conforms to international practice.

Also to be noted here is the fact that North Koreans already have their own calendar. Instead of counting from the birth of Christ, they count from the birth of founding leader, Kim Il Sung. Kim was born in 1912, known in North Korea as Juche 1, making this year Juche 104.

Most time zones in the world differ in increments of an hour and only a small number of countries like India, Iran and Myanmar use zones that are offset by a half-hour. Nepal is offset by 45 minutes.

« Get lower flight prices & save money (even after re-booking fees) with FairFly
Travel tip: Don’t do this if your flight is overbooked »