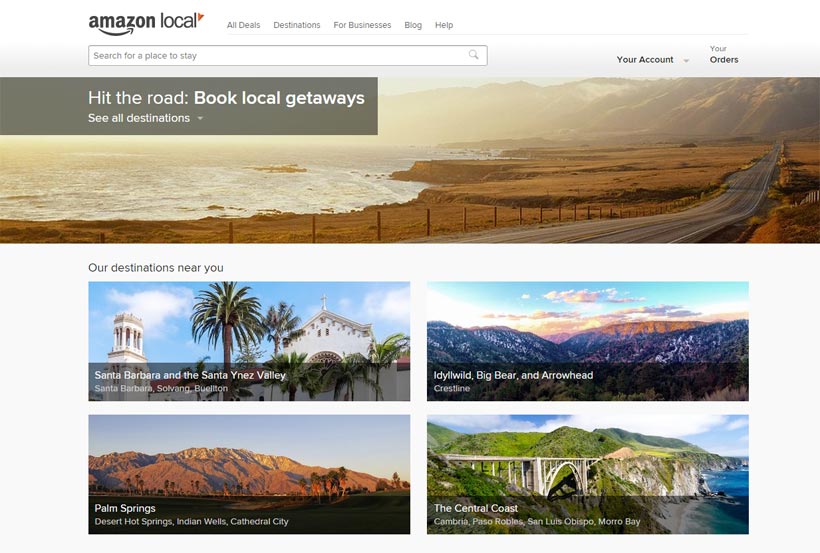 Amazon has quietly launched its much-awaited new hotel product and brand, Amazon Destinations. Known as ‘Amazon Local’, this is primarily a hotel deals site working with hoteliers directly and on an ongoing basis. Currently, it features hotels in the Pacific Northwest, Southern California and the Northeast of United States.

Available on desktop for now, it takes destinations within each metro area featuring five in the Pacific Northwest, four in Southern California and eight in the Northeast. As of launch, there are no flight options but only drive destinations and weekend getaways.

They are beginning to collect user reviews for each property. The hotel landing pages look similar to the way they did previously in Amazon Local although they now have star ratings and customer reviews. 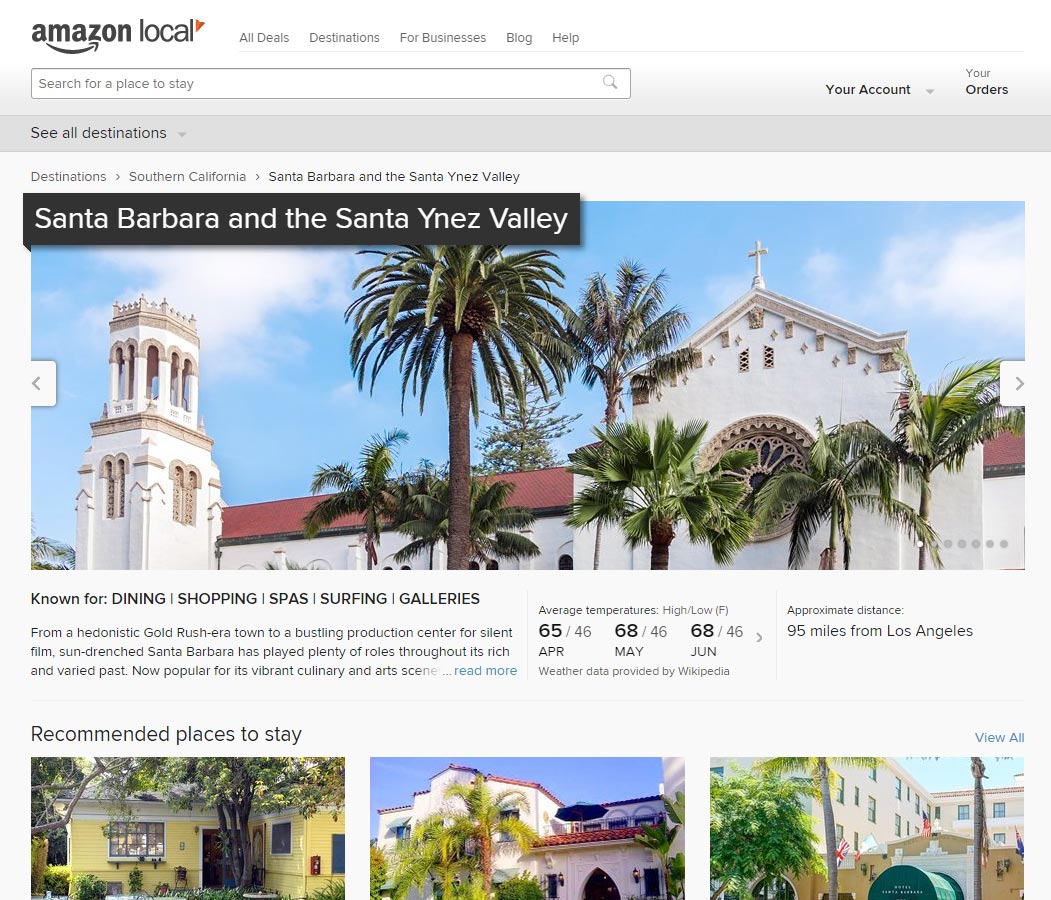