Meerkat and Periscope are both live-media streaming apps that essentially deliver the same kind of video content to followers. Neither app works without Twitter, so you must register for a Twitter account or sign-in.

If you’re going to sky-dive or wing walk; or perhaps dive with sharks, then you would want the world to experience the thrills with you. ALl you have to do is turn on the app and record live, while your followers will be able to watch it in real-time.

There’s very slight difference between the two apps – Meerkat streams are live-only, but watchers can re-stream anything to their viewers in real time. But Periscope streams can be saved to replay up to 24 hours after they are filmed. 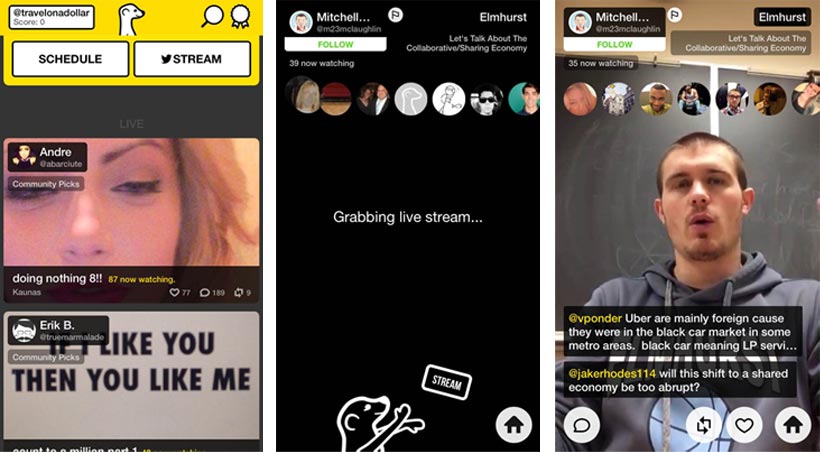 Local laws & warnings
If you do plan to stream live video, make sure to check the local laws at your destination, especially streaming sporting events or concerts. A lot of agencies and companies would have disclaimers in place for not allowing their customers to live-stream. You may be asked to leave from the event, thrown out or worst-case legally prosecuted for streaming live. A lot of countries also have laws about not filming government sites and law-enforcement personnel like police or military.

Send your feedback in comments.